The third week of the season at Alphonse Island, Seychelles was riddled with strong south-easterly winds and cloudy rain-filled skies, but this did not deter the team as it was spring tide, which allowed us to spend most of the week on foot searching for the fish of a lifetime.

The long walks were rewarded with some large bluefin trevally of up to 70 cm and GT’s ranging between 75 and 90 cm. John Eng capped his bonefish bag on 35 fish for the week and although the triggers were up to their usual tricks, Bjorn Viedge landed a remarkable moustache of 80 cm followed closely behind by Trevor Skinner, who won the battle against a 54 cm yellowmargin. Vernon Vogt went on to impress the team, in-style, by completing a flats slam, consisting of a yellow margin trigger, a bonefish and an ever-elusive permit.

Out on the bluewater, Jean-Marc Faber used his last afternoon to safely catch and release two sailfish on fly.

Although the weather this week was challenging, the team were in high spirits and walked away with great fishing memories that will last a lifetime. 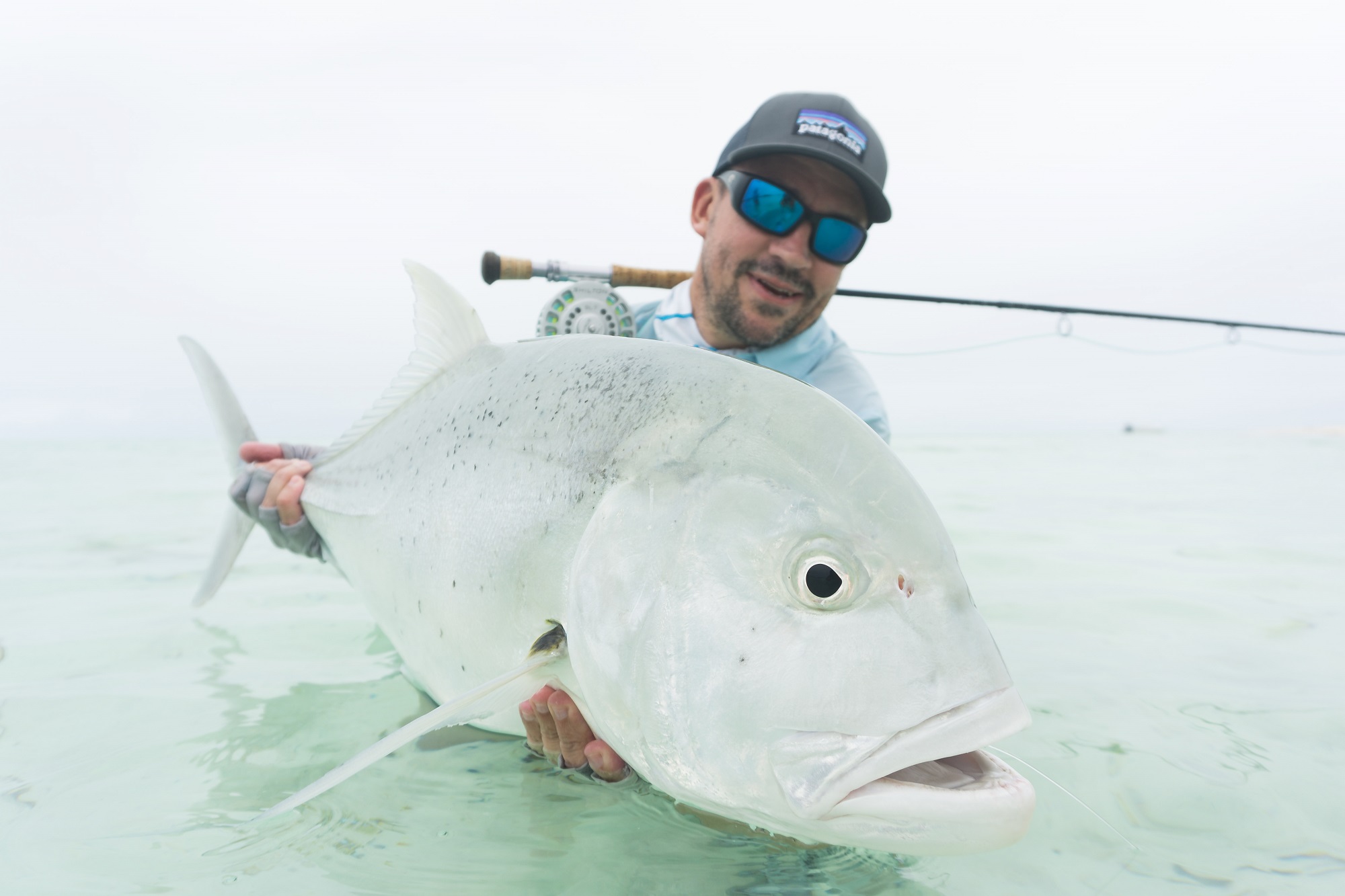 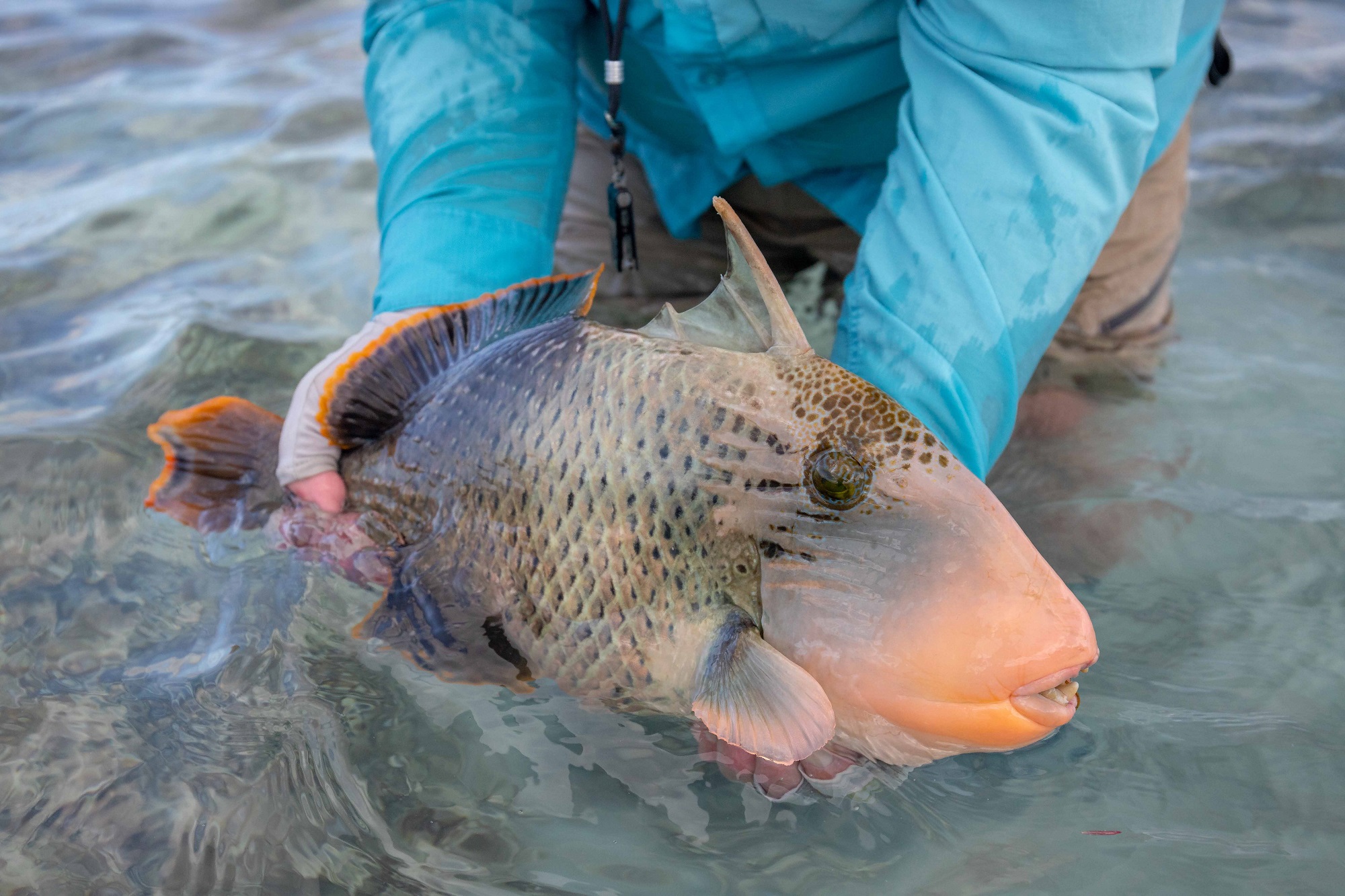 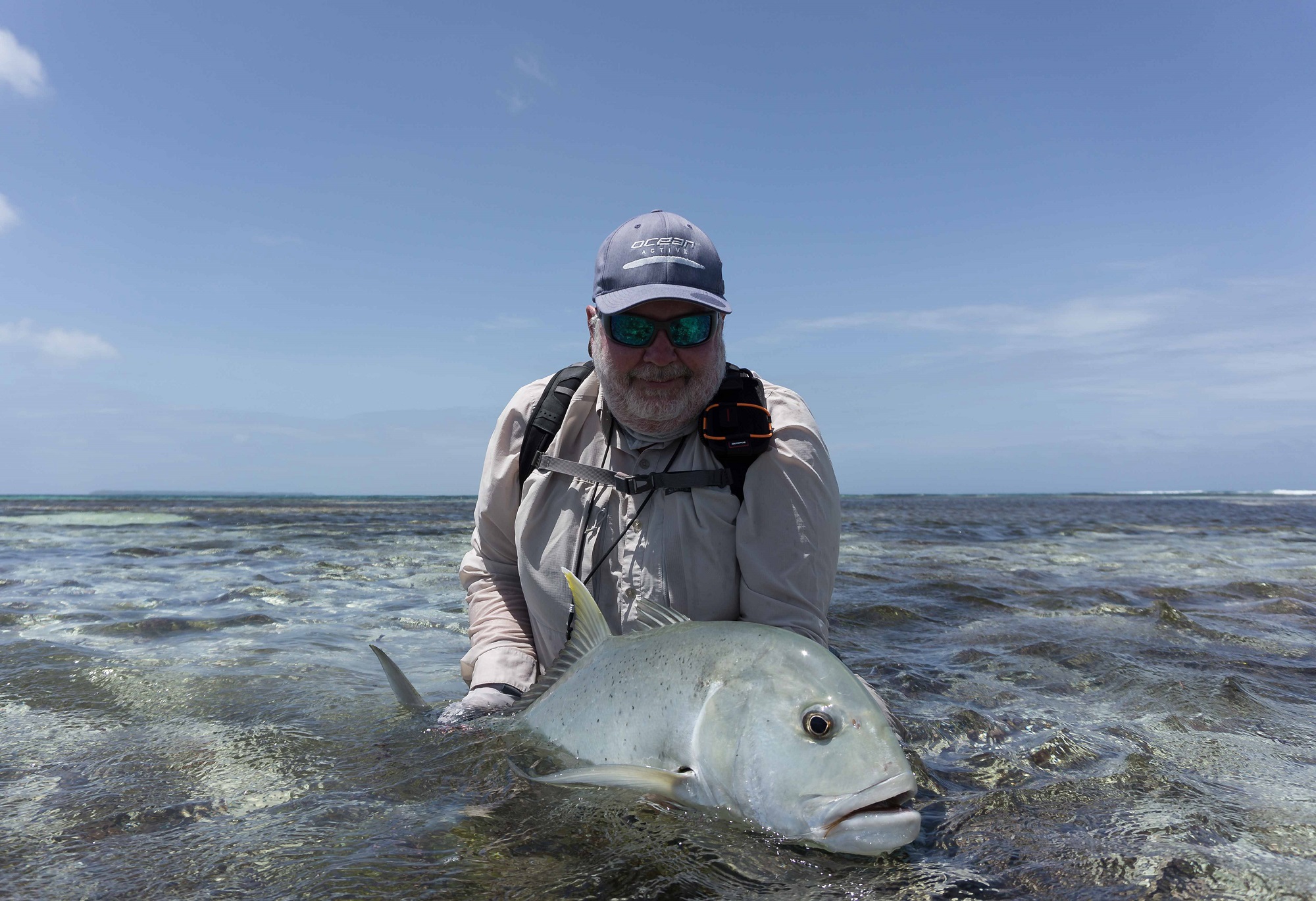 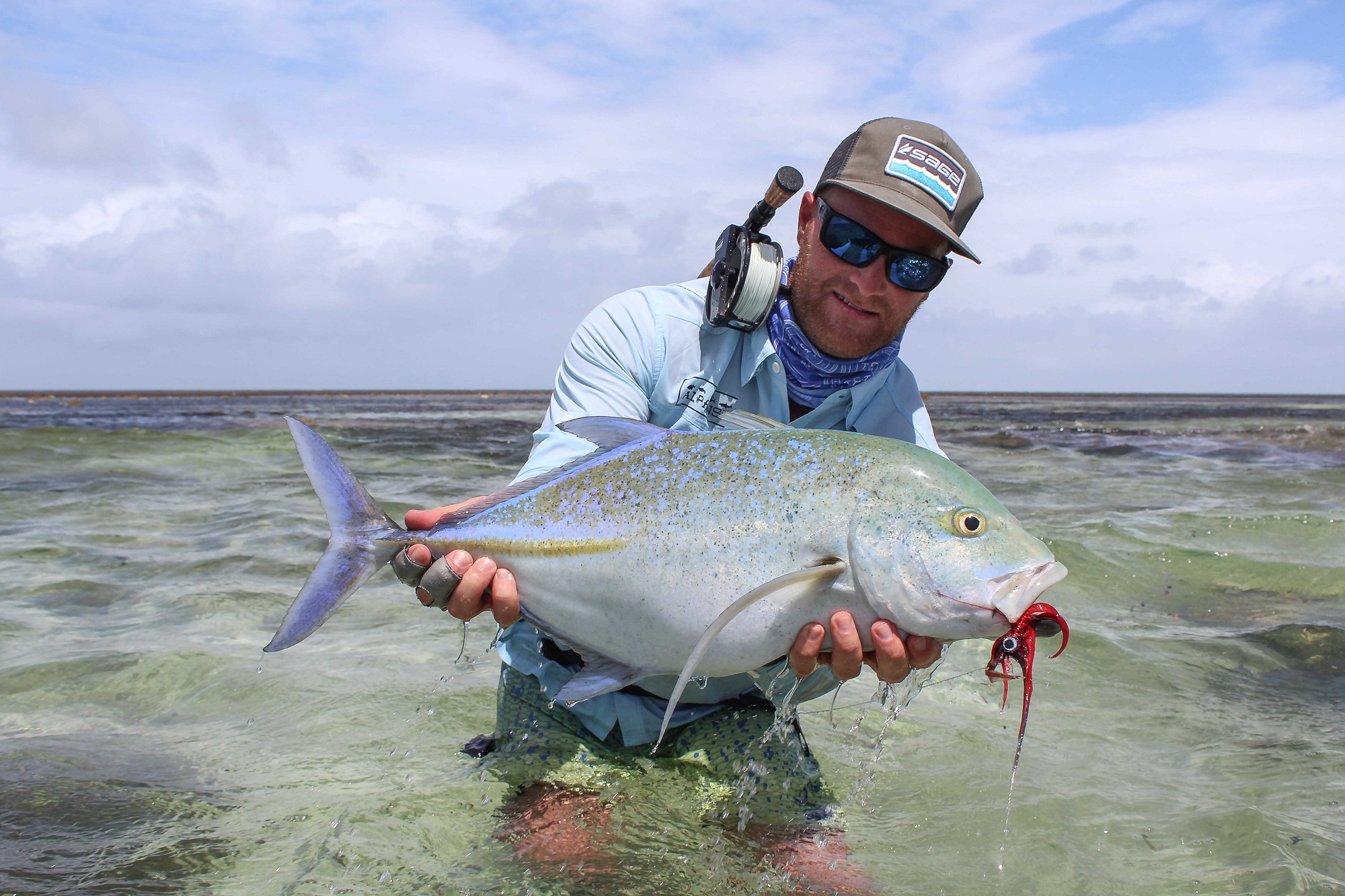 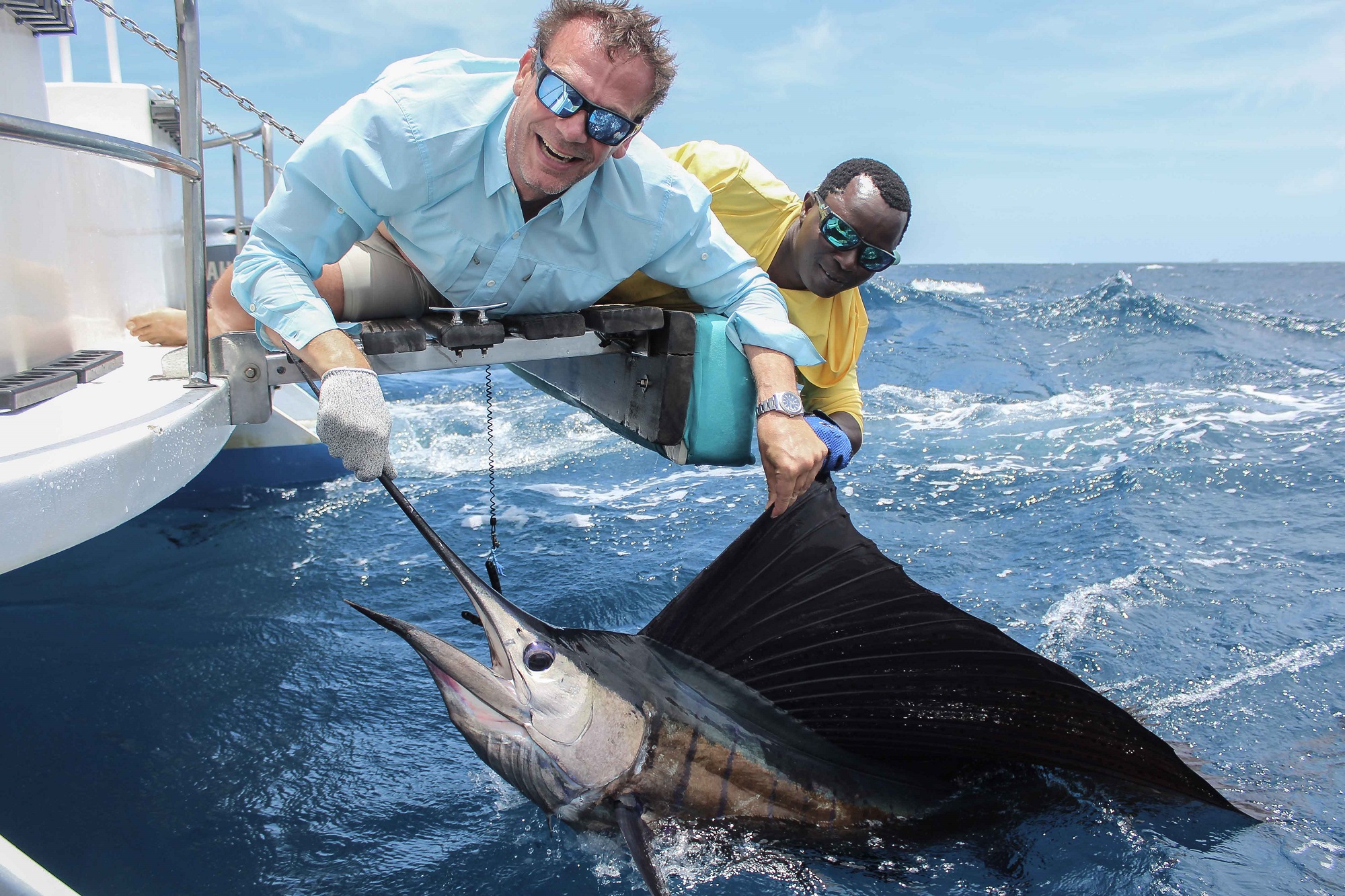 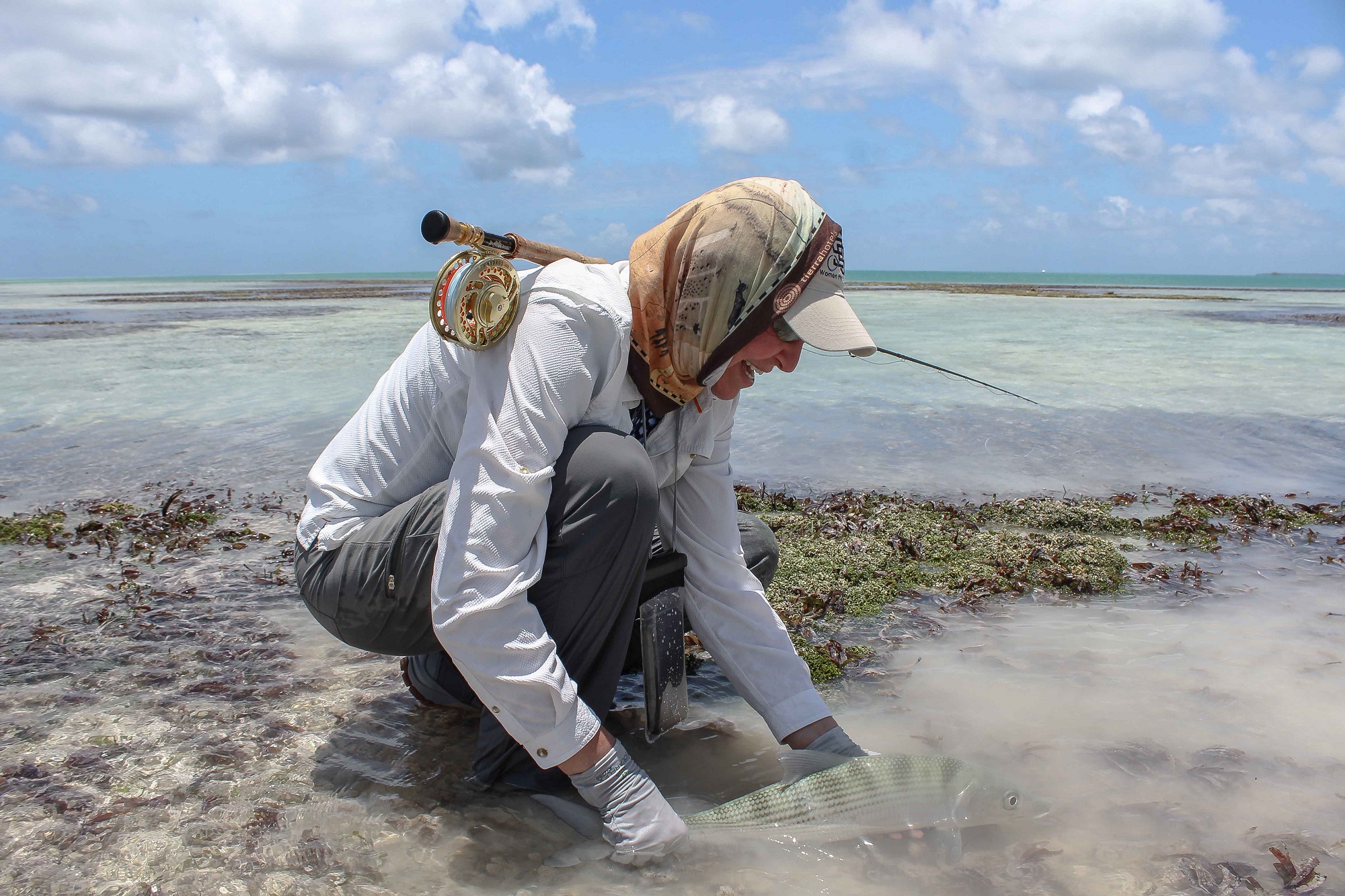 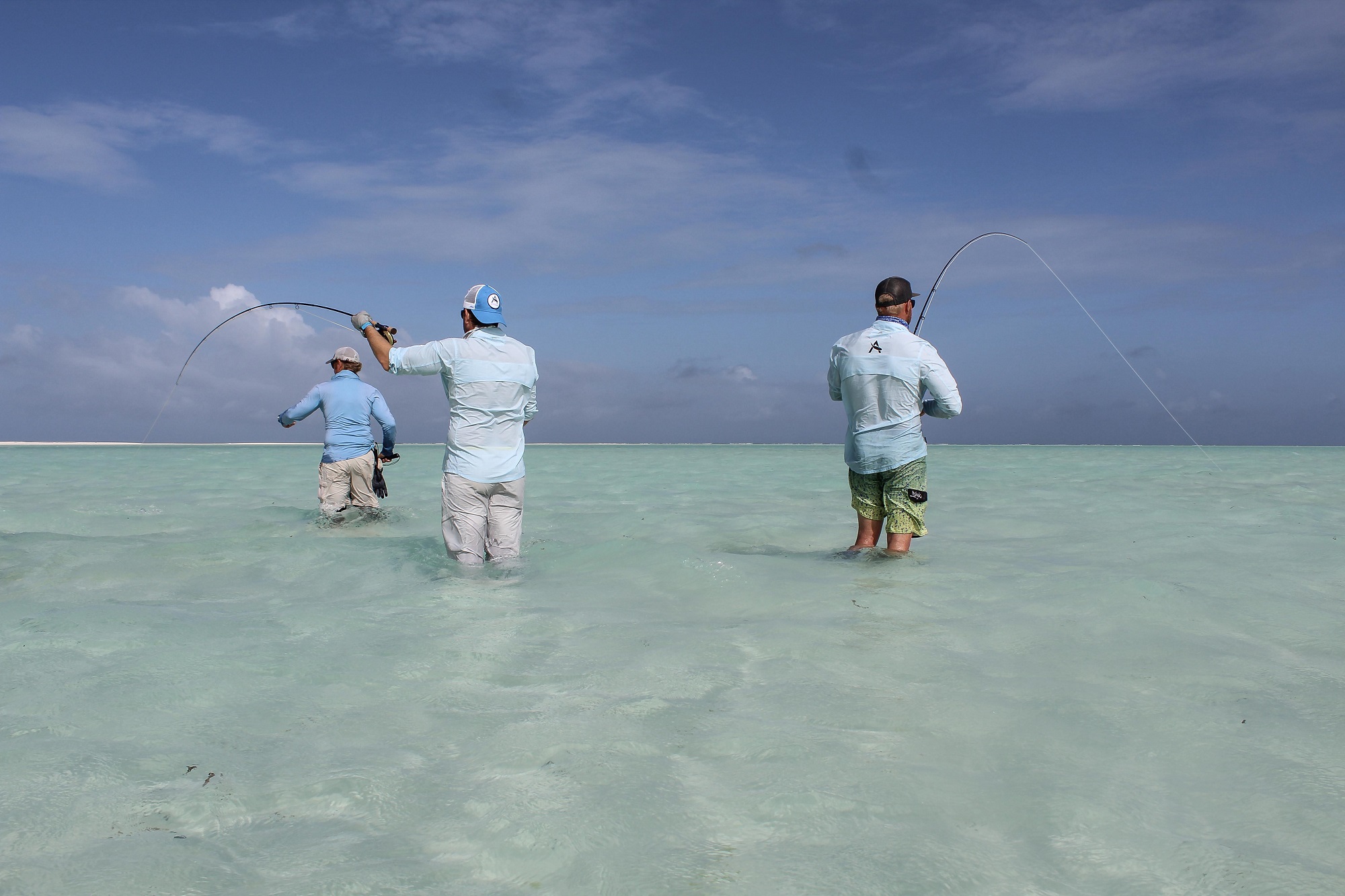 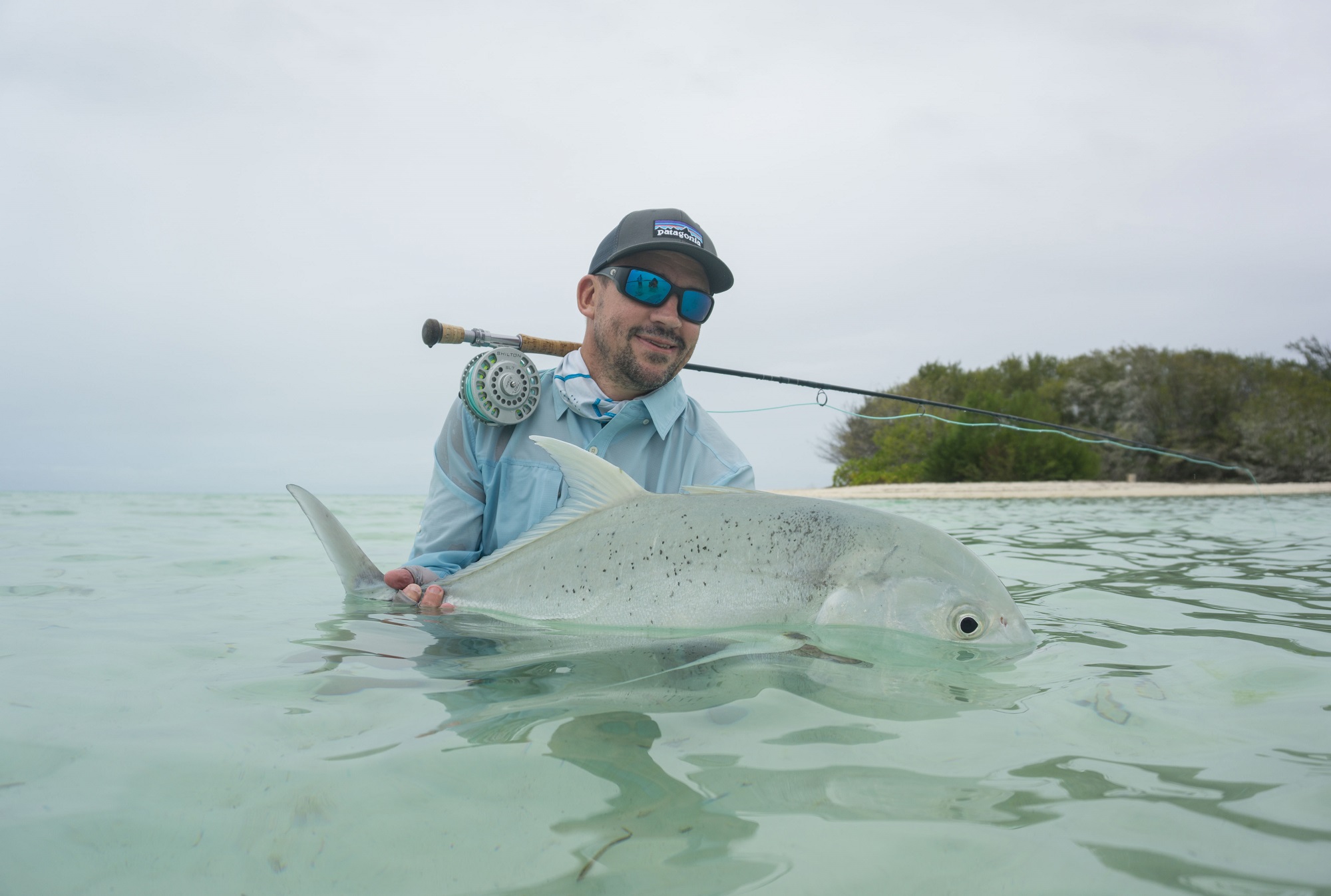 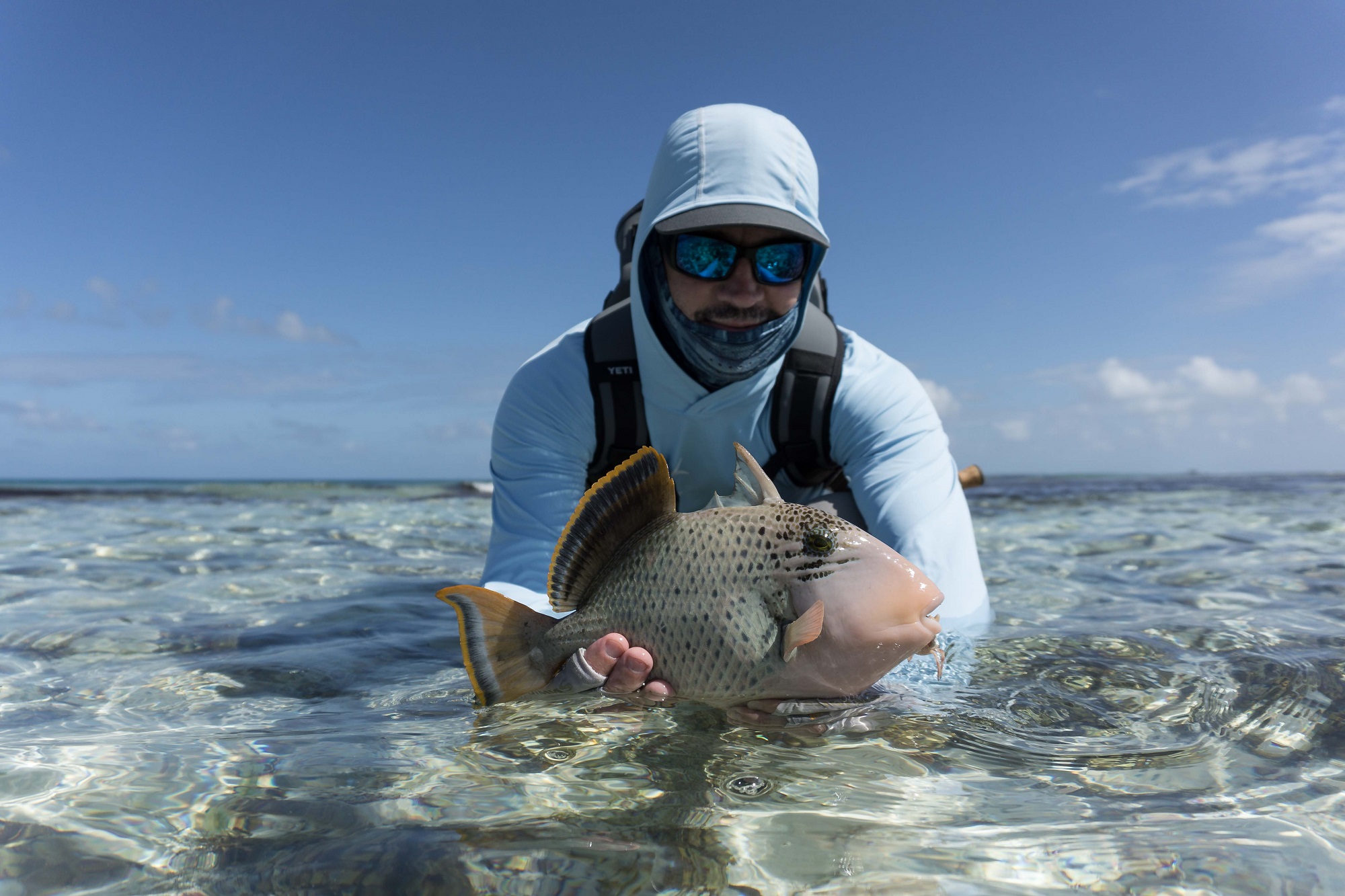