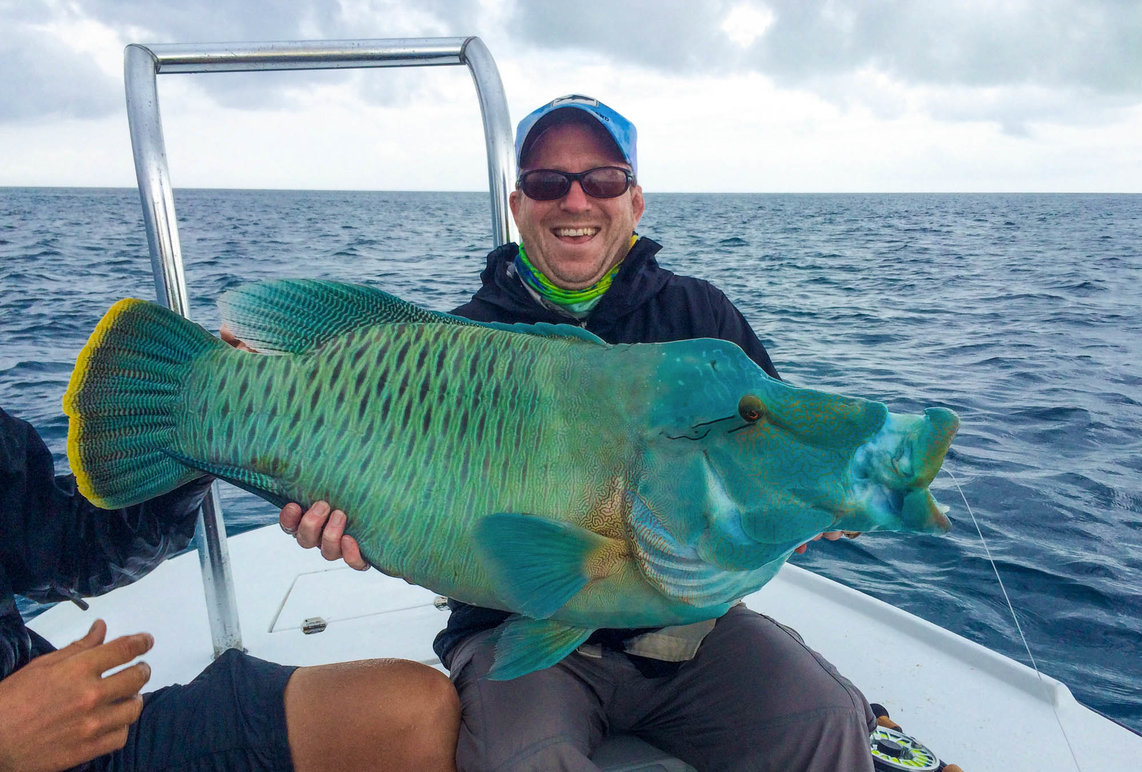 We all come to fish the Islands in the hope of landing either a monster GT, Permit, Milkfish etc… but there are some species that are lesser known about to the average angler but highly sort after by the veterans that come year after year. One of those species is the Napoleon Wrasse, otherwise known as Groupers.

Don’t be mislead, this fish isn’t named after a short French guy with a bad attitude sitting on a horse as there isn’t anything small about this Napoleon Wasse. In fact, its fighting power is immense, and often exceeds its size. There have been recordings of male Napoleon Wrasse’s measuring 2m and weighing in at 180kgs!

Females groupers rarely grow over 1m in length. Mature adult male groupers will start to develop a large hump on their heads thus giving the fish its more universally common name as the Humphead Wrasse. Their colours and colour patterns change as the grouper matures but for the most part always display a blue/green emerald colour. What makes Napoleon Wrasse distinctive is their large rubbery looking lips. Juveniles groupers are often found in shallow, sandy regions, while adults are typically found in deeper off shore coral reefs near the reef edge or deeper channels. They are not so territorial, but rather prefer not to venture too far from their breeding grounds.

Catching a Napoleon Wrasse on the fly

Napoleon Wrasse are big lazy, cumbersome looking predators and eat most living creatures that will be able to fit into their mouths. This makes them a perfect target for fly fishing. With Cosmoledo Atoll being so remote and isolated as well as being a massive atoll are all positive contributing factors that makes for a large population of these elusive fish.

When the conditions are right (near windless) we have developed a very effective way to target these monsters. Venturing off-shore and drifting along in the skiff. Getting your depth is crucial as we find that if you are too shallow the groupers are absent. If you are too deep you’ll struggle to spot them. The method being, we simply drift along the outer reef very slowly with rod in hand ready to drop your 8/0 heavily weighted Mega-Clouser.

It usually doesn’t take long before spotting the first Napoleon Wrasse swimming below on the reef. The trick is to watch your fly descend towards the reef and stop it as close to the Napoleon Wrasse as possible. This is a lot easier said than done as there are always GTs, Bluefin Trevally, Boha Snappers and various Groupers that will also show a very keen interest in your fly. Most of the time you end up hooking one of the aforementioned fish, but sometimes it all goes your way and you hook into the beast. Then its time to put on your big boy pants and hope that your drag system on your reel can handle the power on the end of the line.

“Landing a Napoleon Wrasse has the similar reward to that of landing a Permit on the flats. It’s a big deal“

It’s not unusual to see Napoleon Wrasse feeding and tailing on the flats, but they are generally extremely skittish on approach and often spook when presenting the fly. But don’t get me wrong, groupers have certainly been caught in shallow water and for those who have achieved such an accomplishment should never take it for granted. 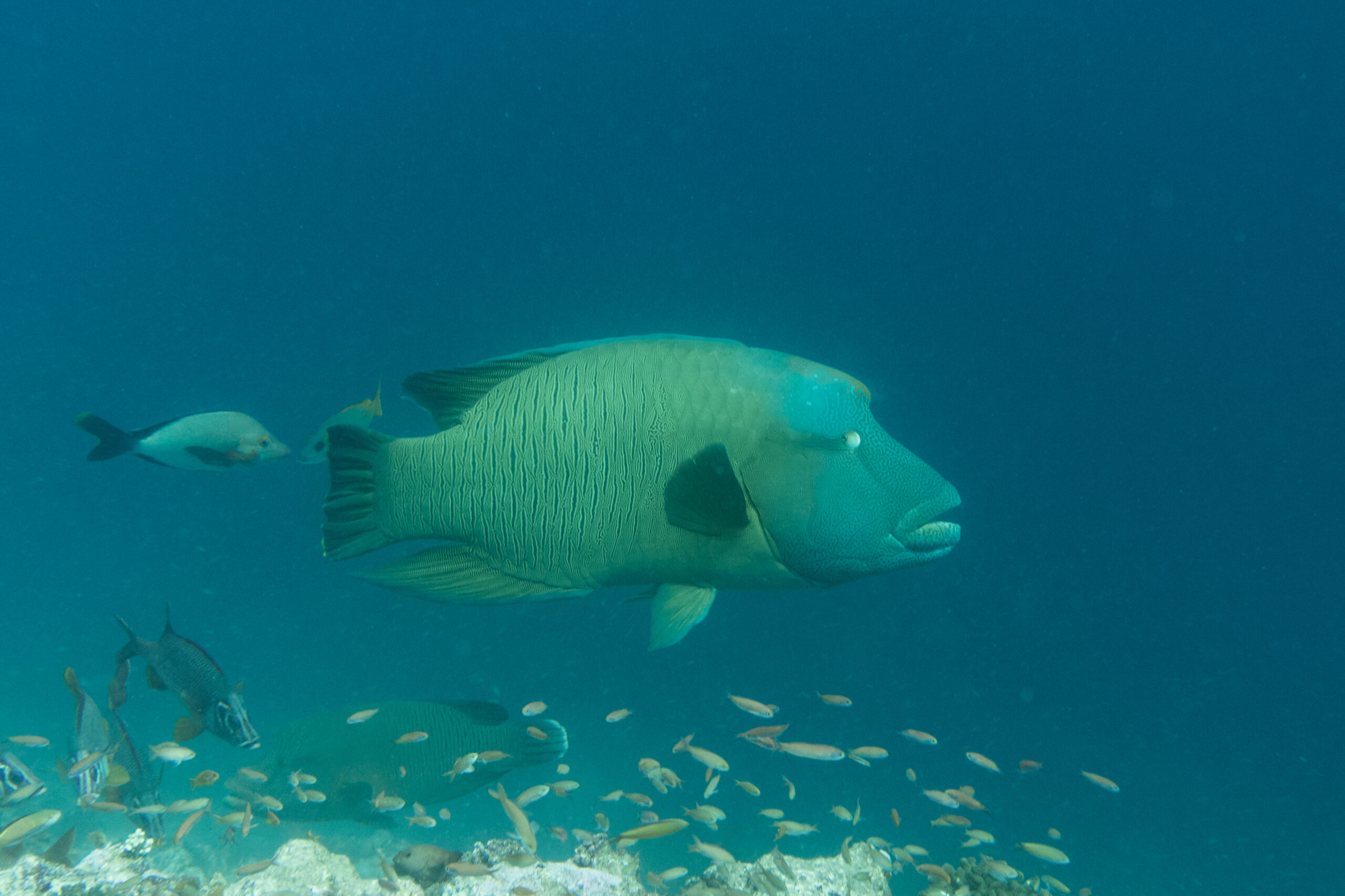 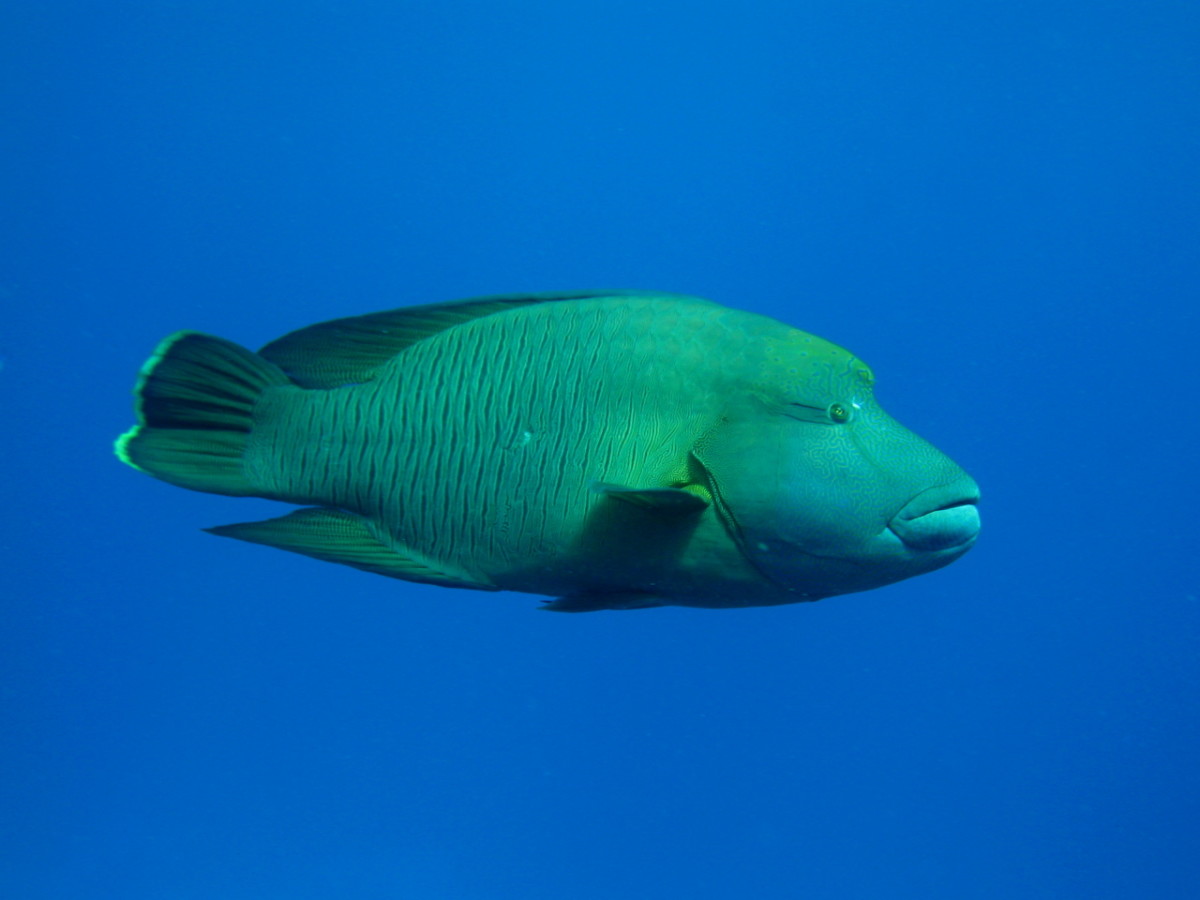