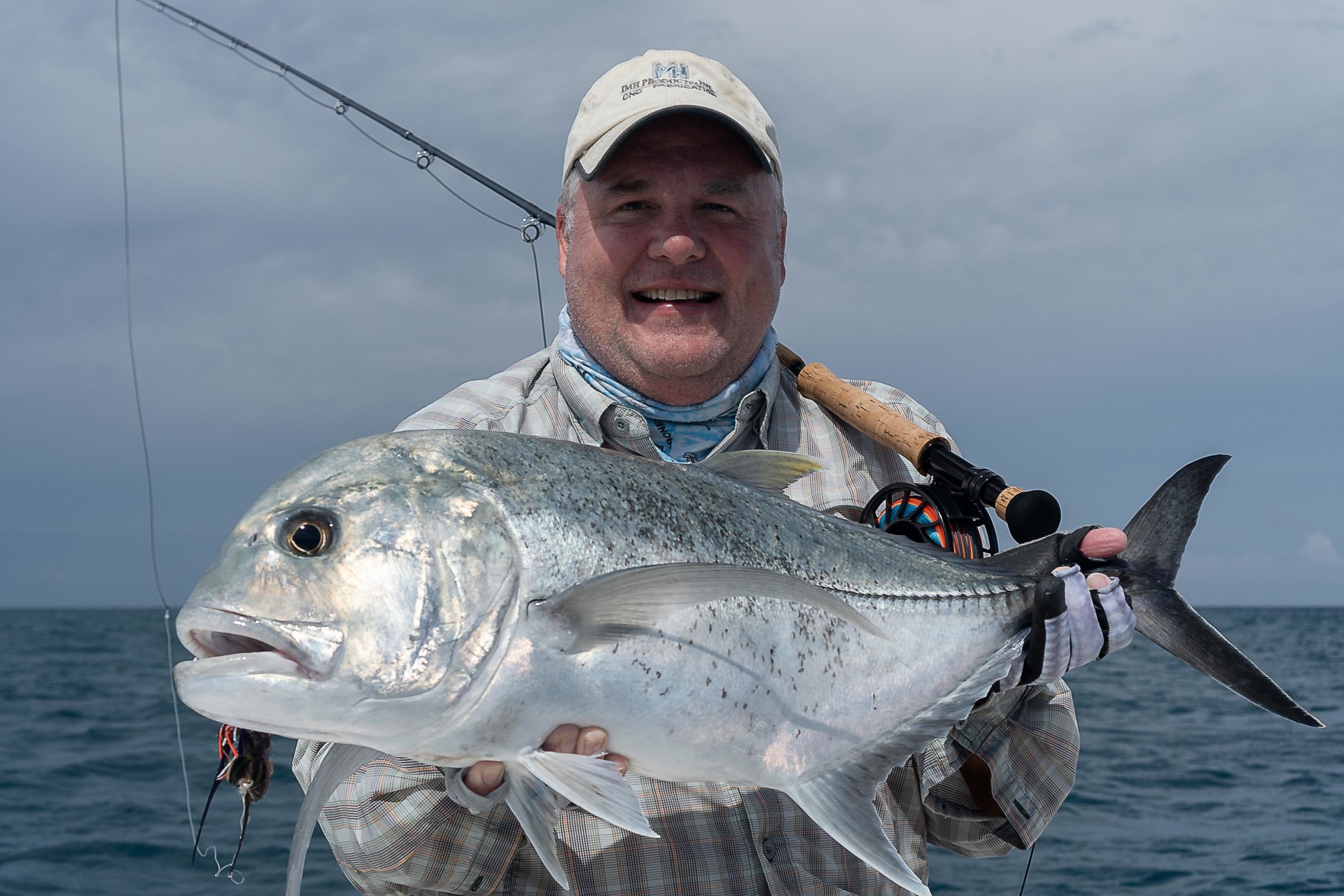 Alphonse atoll really showed its health and versatility on the fourth week of the season as the group of first-time-guests put in the time through some hard weather, landing some memorable fish. With the moon phase swinging from new moon to a waxing gibbous, the tides shifted from springs to neaps which allowed us to explore the atoll on foot as well as by skiff.

The Holman father-and-son combination dominated the weeks’ proceedings with multiple species on the flats and bluewater, landing a memorable 148 cm barracuda, a number of sailfish and with the help of his son, Jack, 4 of the 7 GT’s caught for the week.

As the week drew on, the clouds dispersed, offering clear skies and great light across the atoll. Multitudes of triggers were seen on the fingers but the finicky feeders put our anglers to the test until Virginia Goodyear won the tussle against her first moustache. The rest of the group were busy with bonefish boot camp on the white sand with almost everyone’s day ending with a bag-full of bones and Mark Gillen landing the largest of the week hitting the 65 cm mark.

The ‘fish of the week’ was one caught by Phillip Bowskill who had pushed and eventually landed his first GT of 87 cm in the last few hours of the final day. The bluewater was again on fire all week with a whopping 11 sailfish caught on fly and safely released.

All in all, a great week was had by an enthusiastic group of guests who we can’t wait to welcome back! 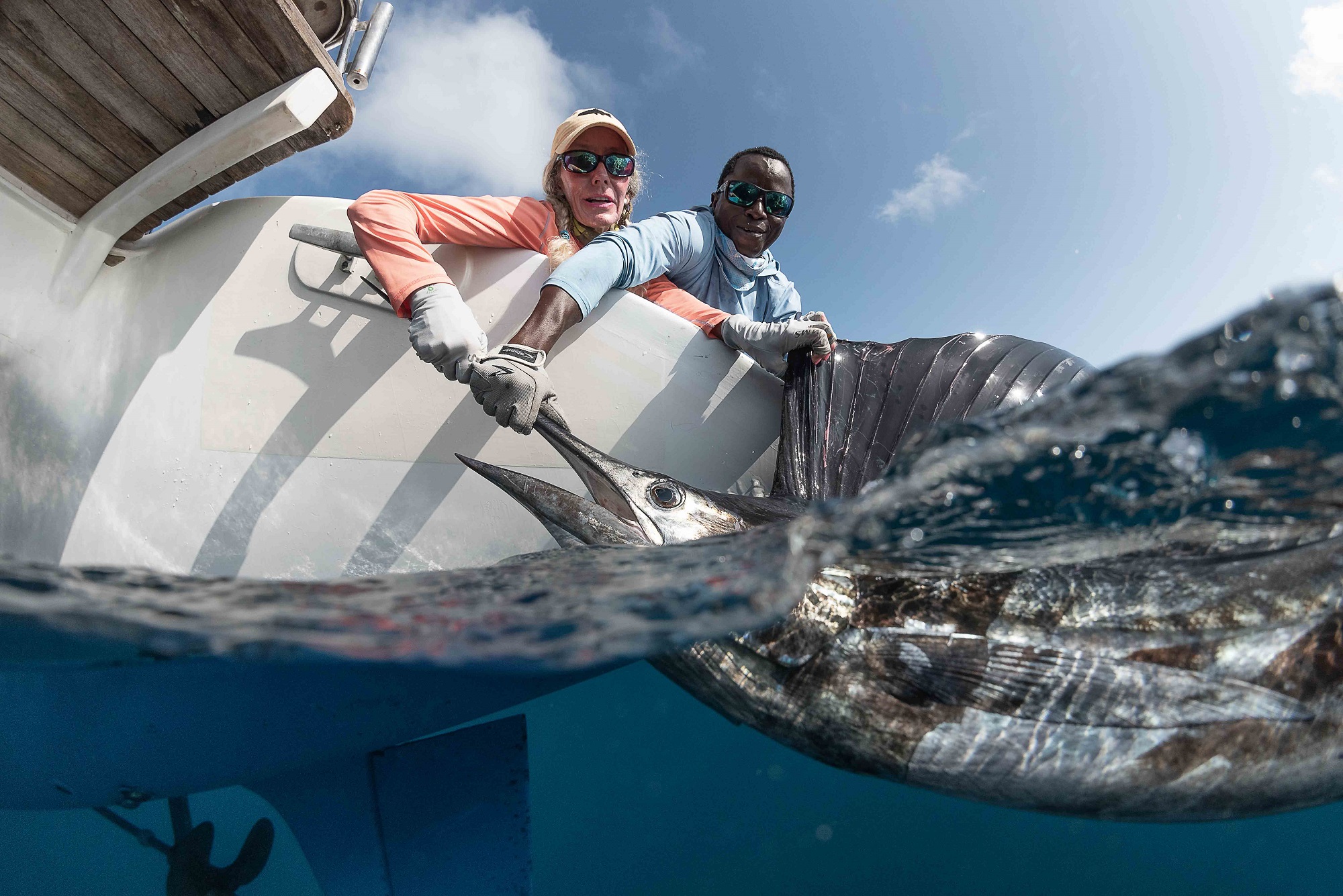 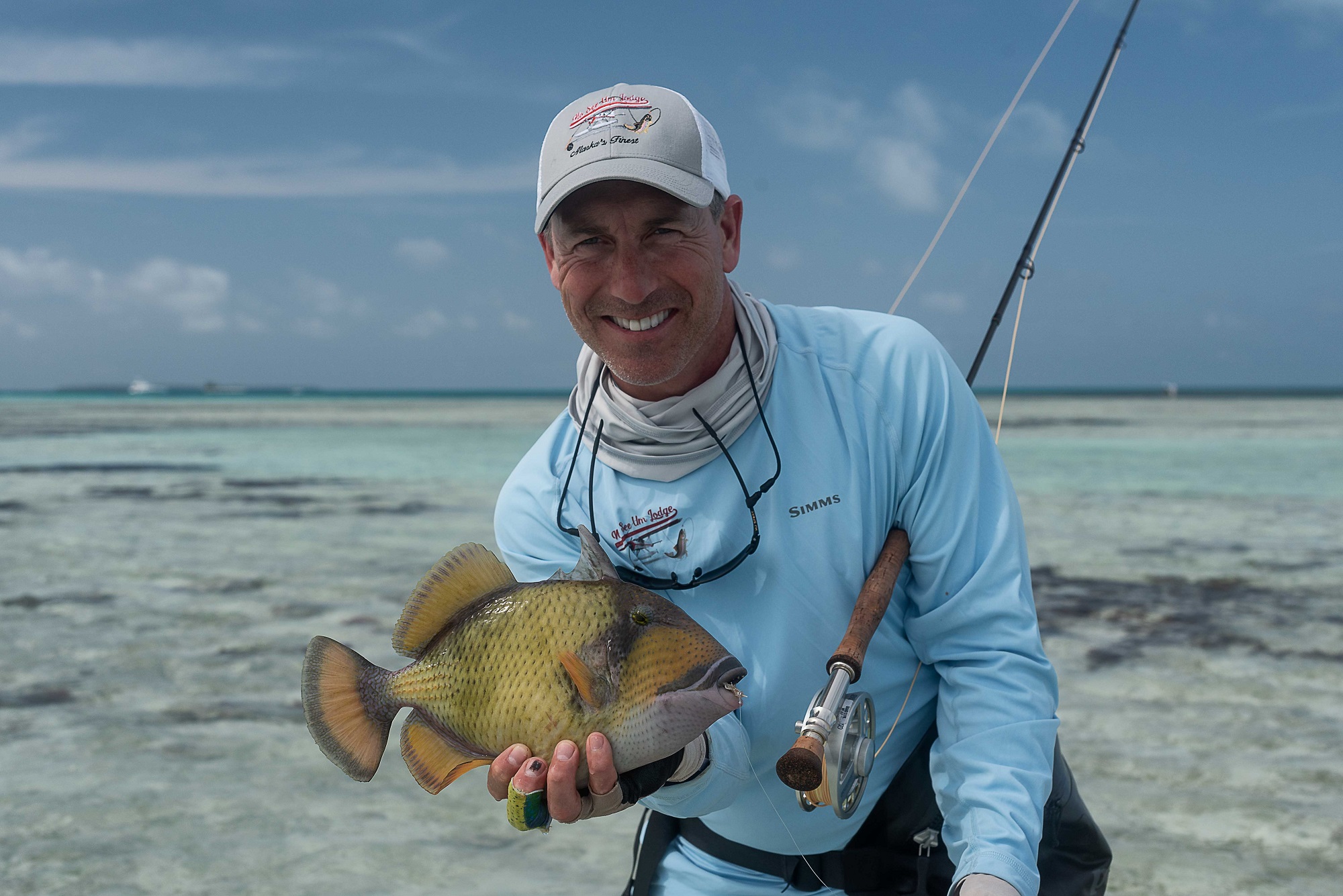 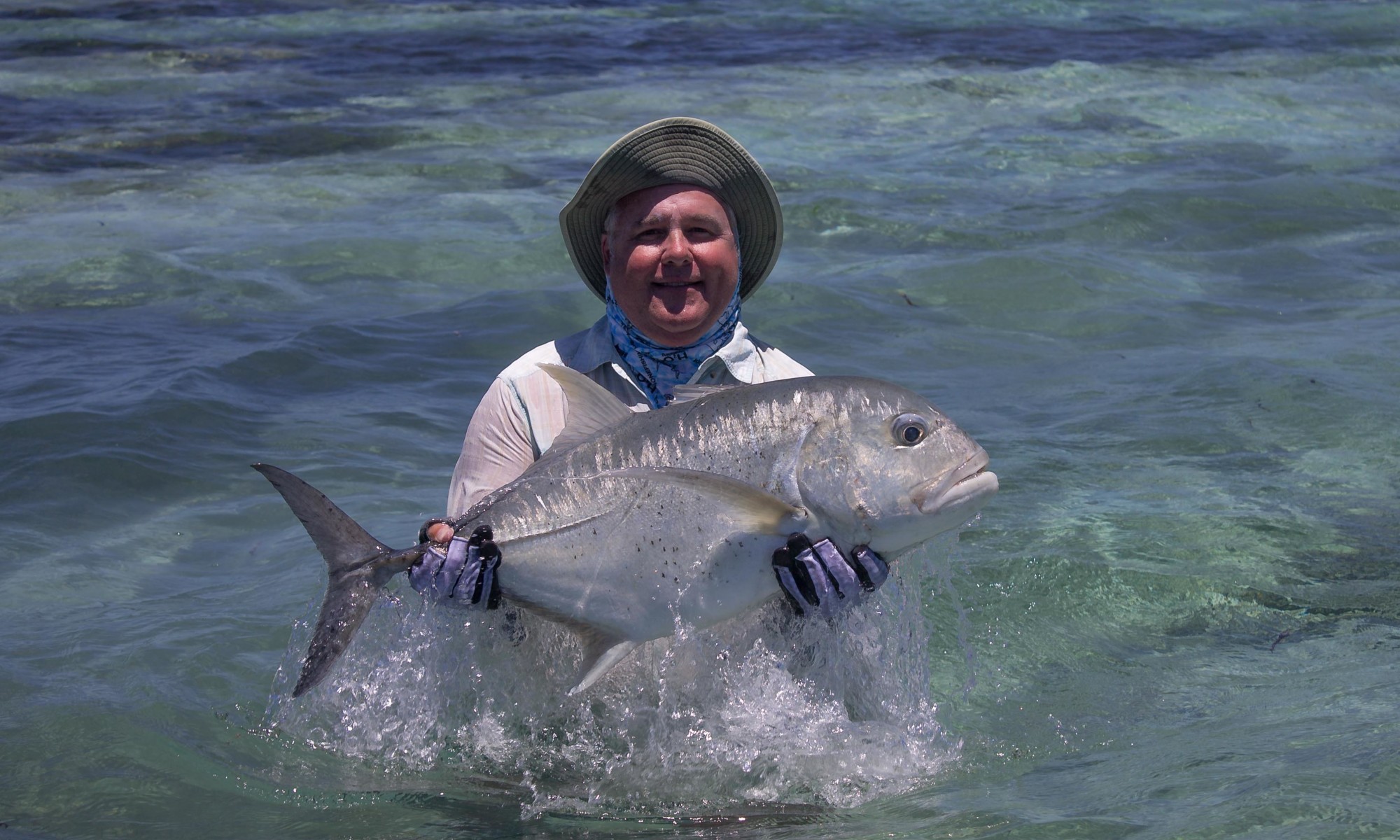 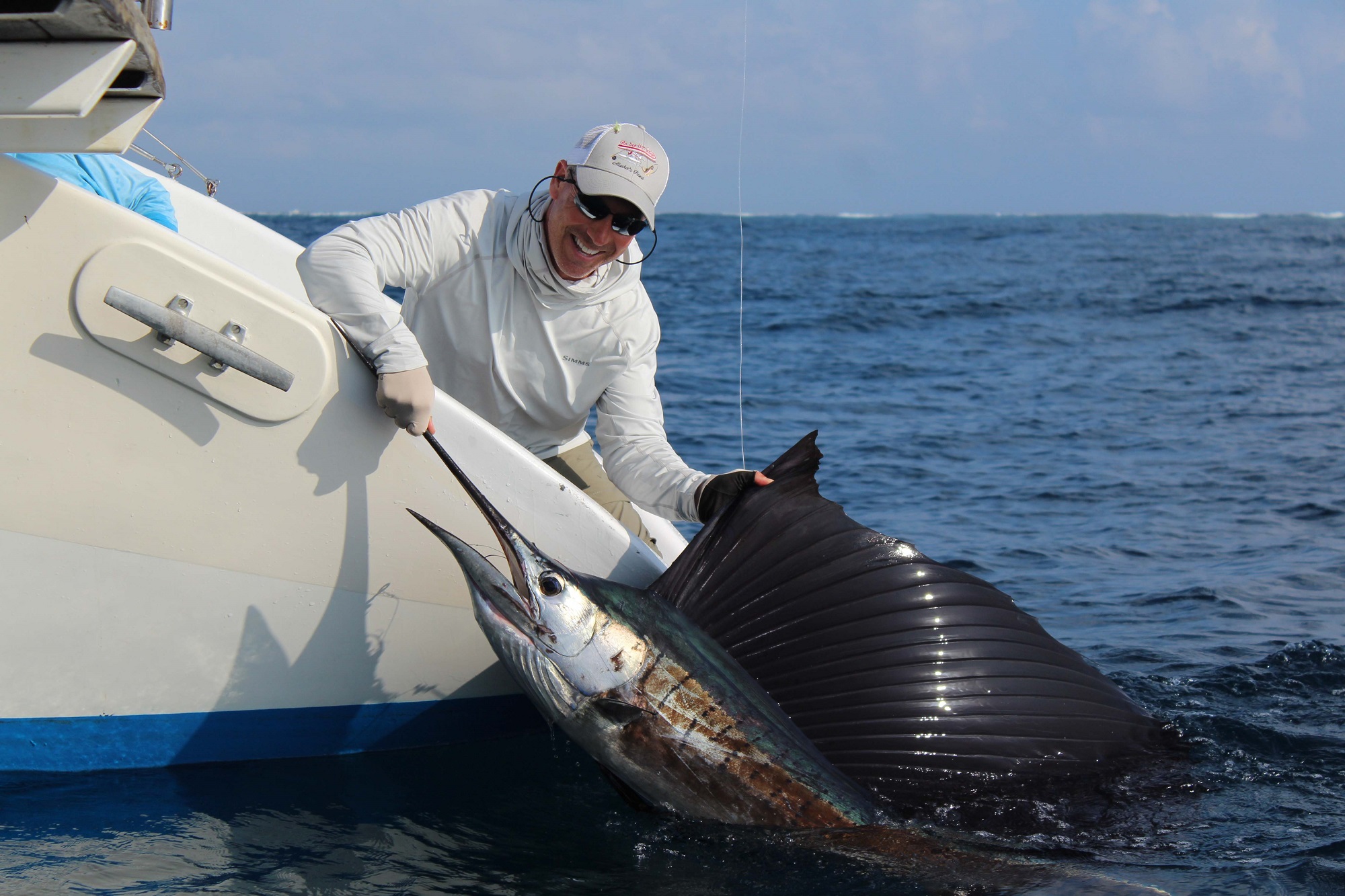 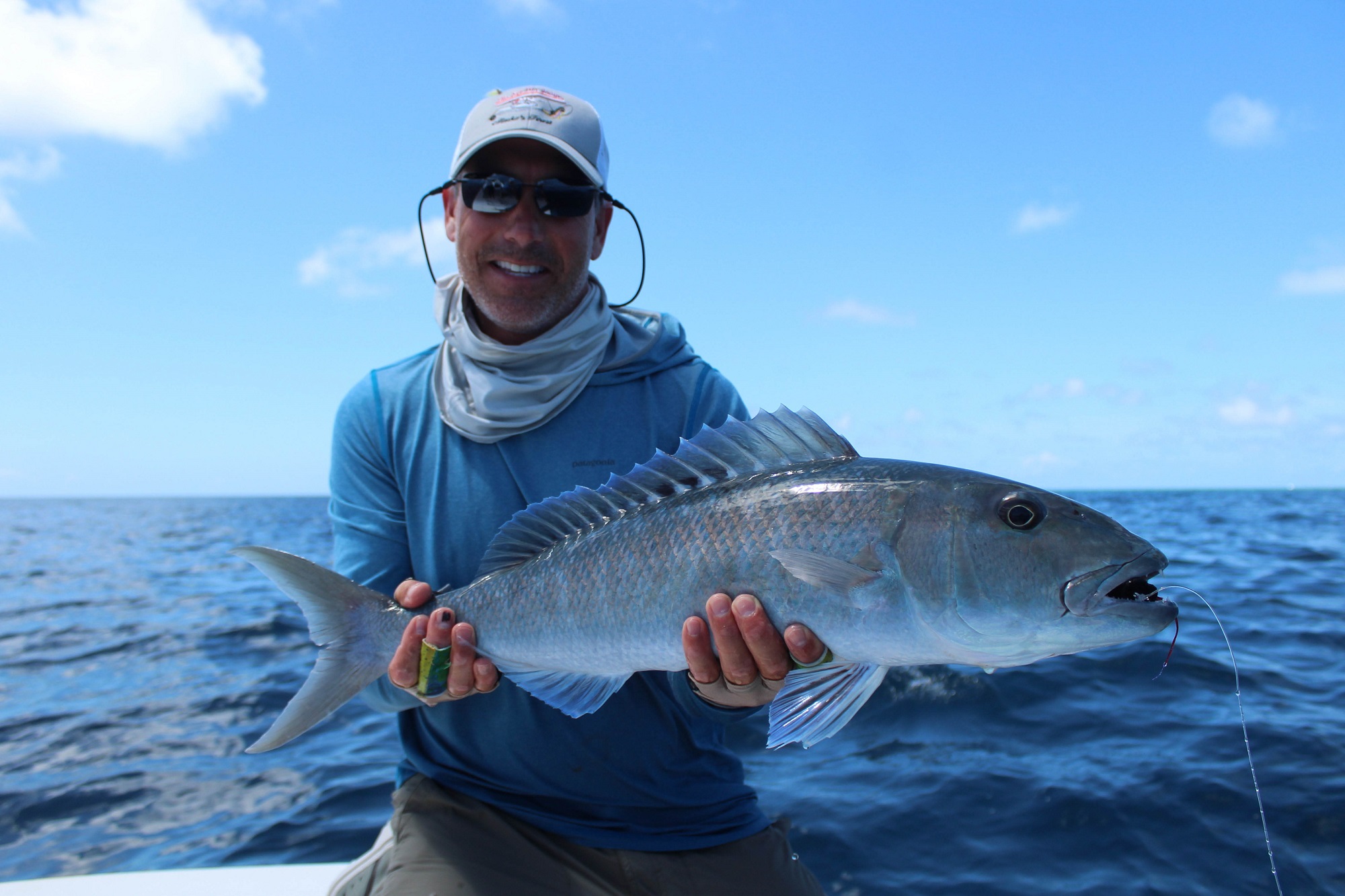 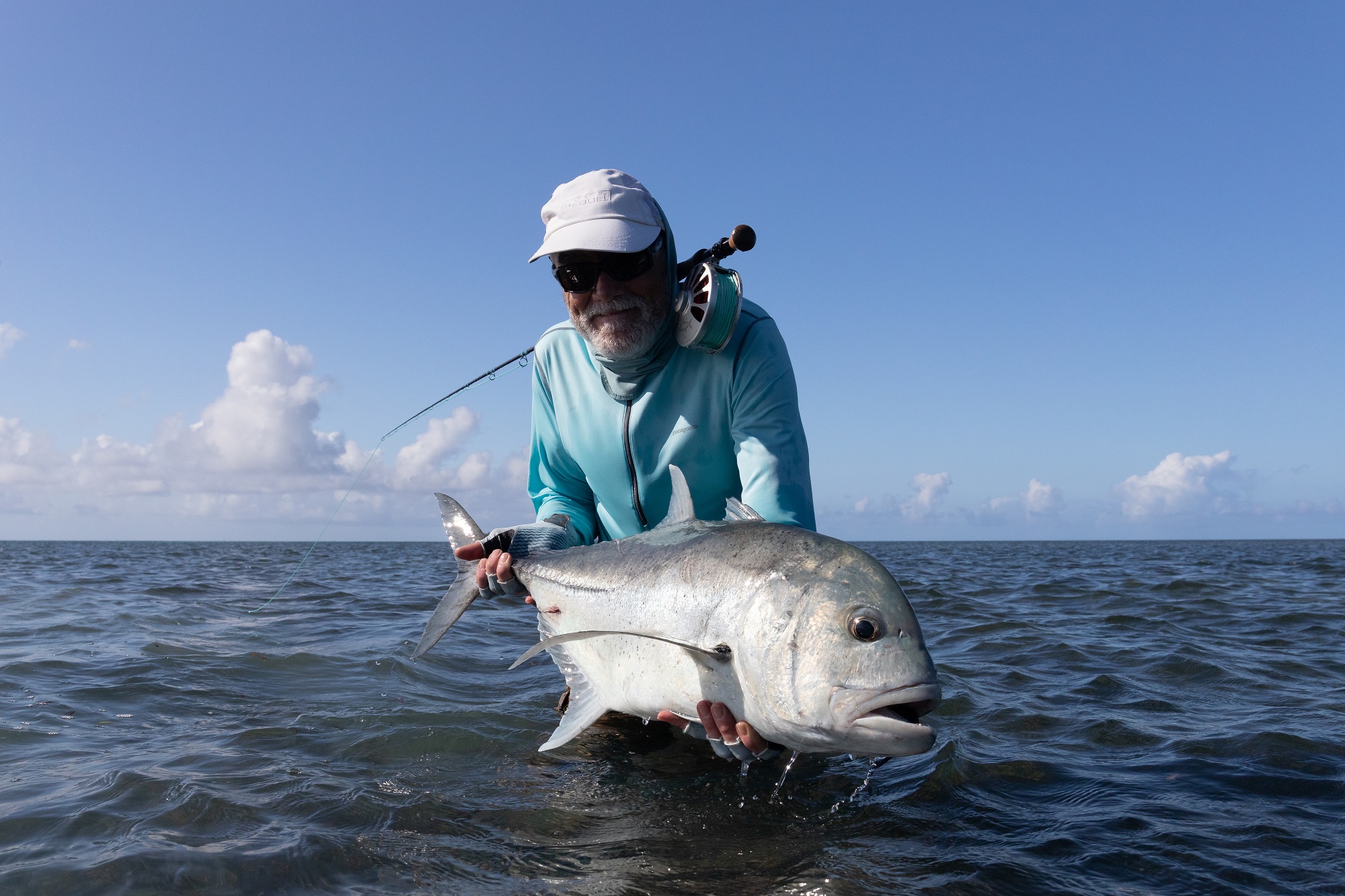 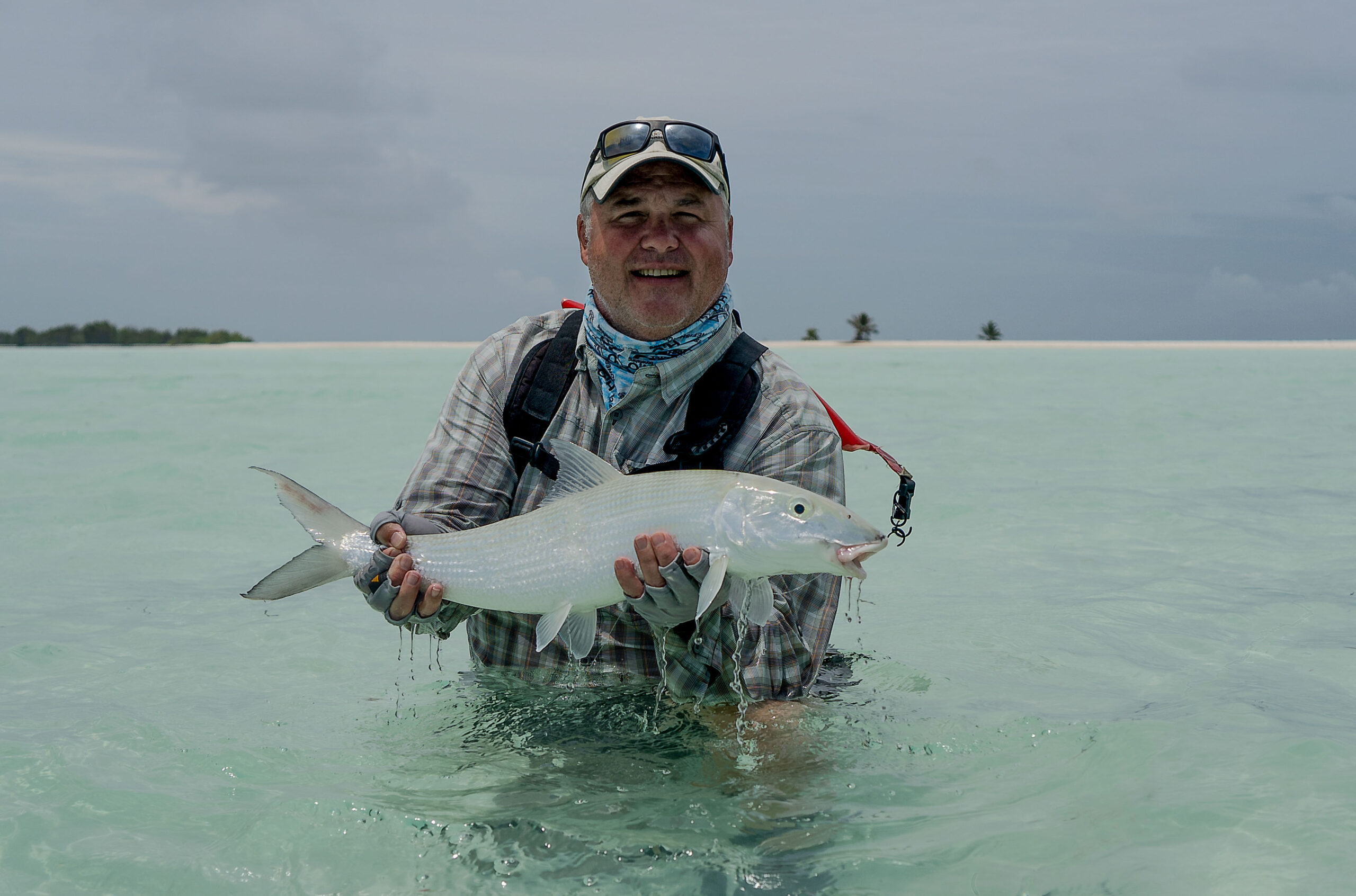 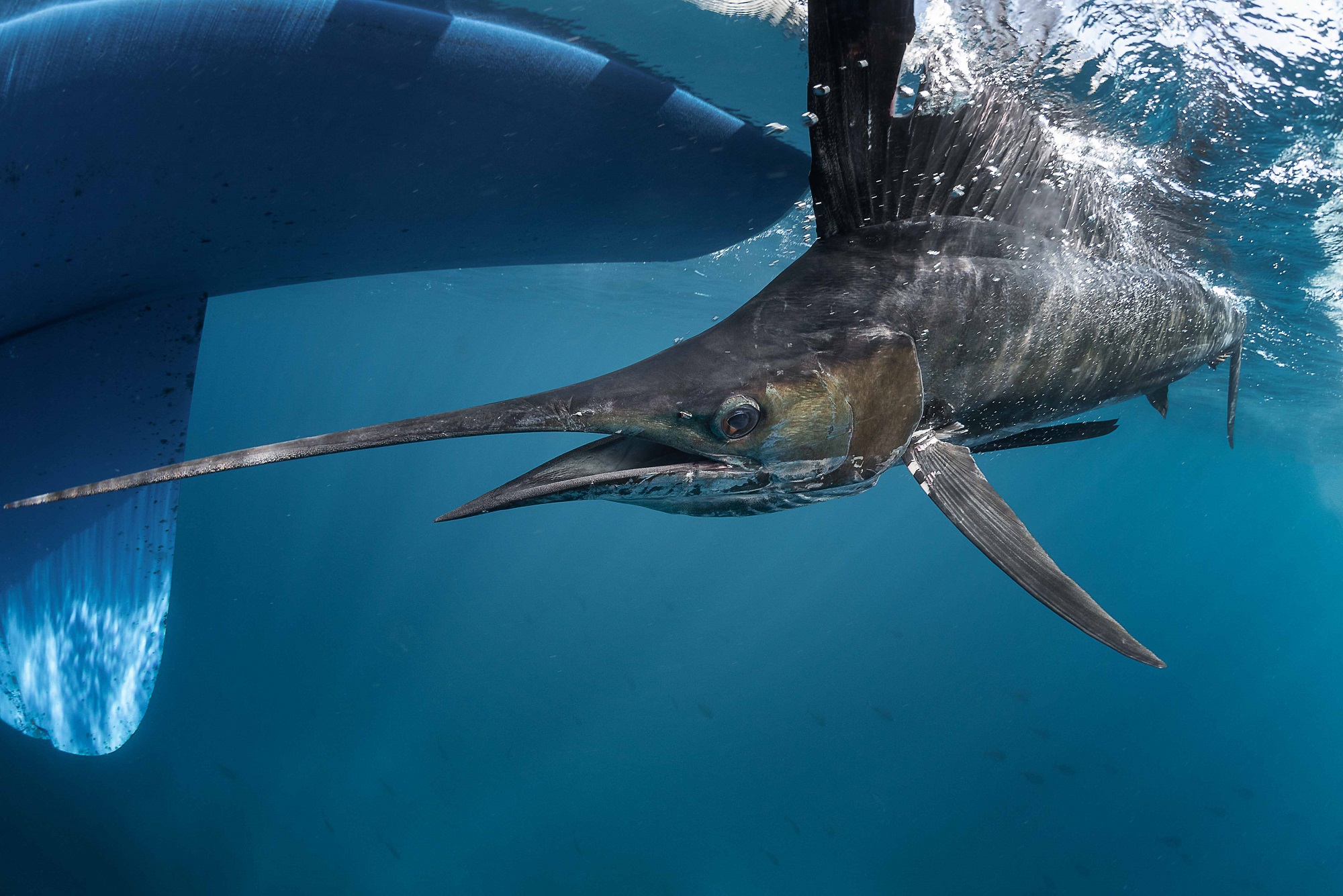 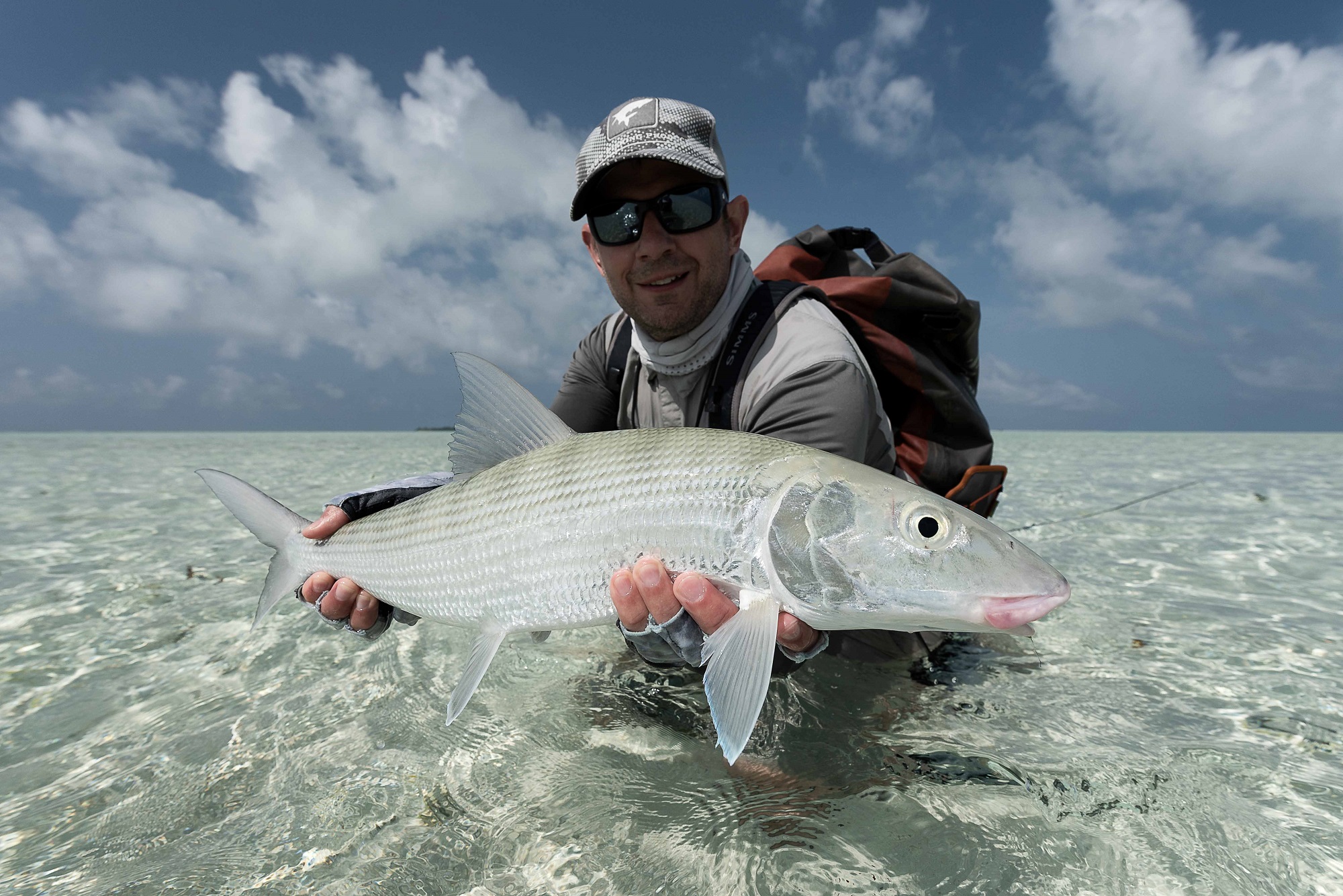