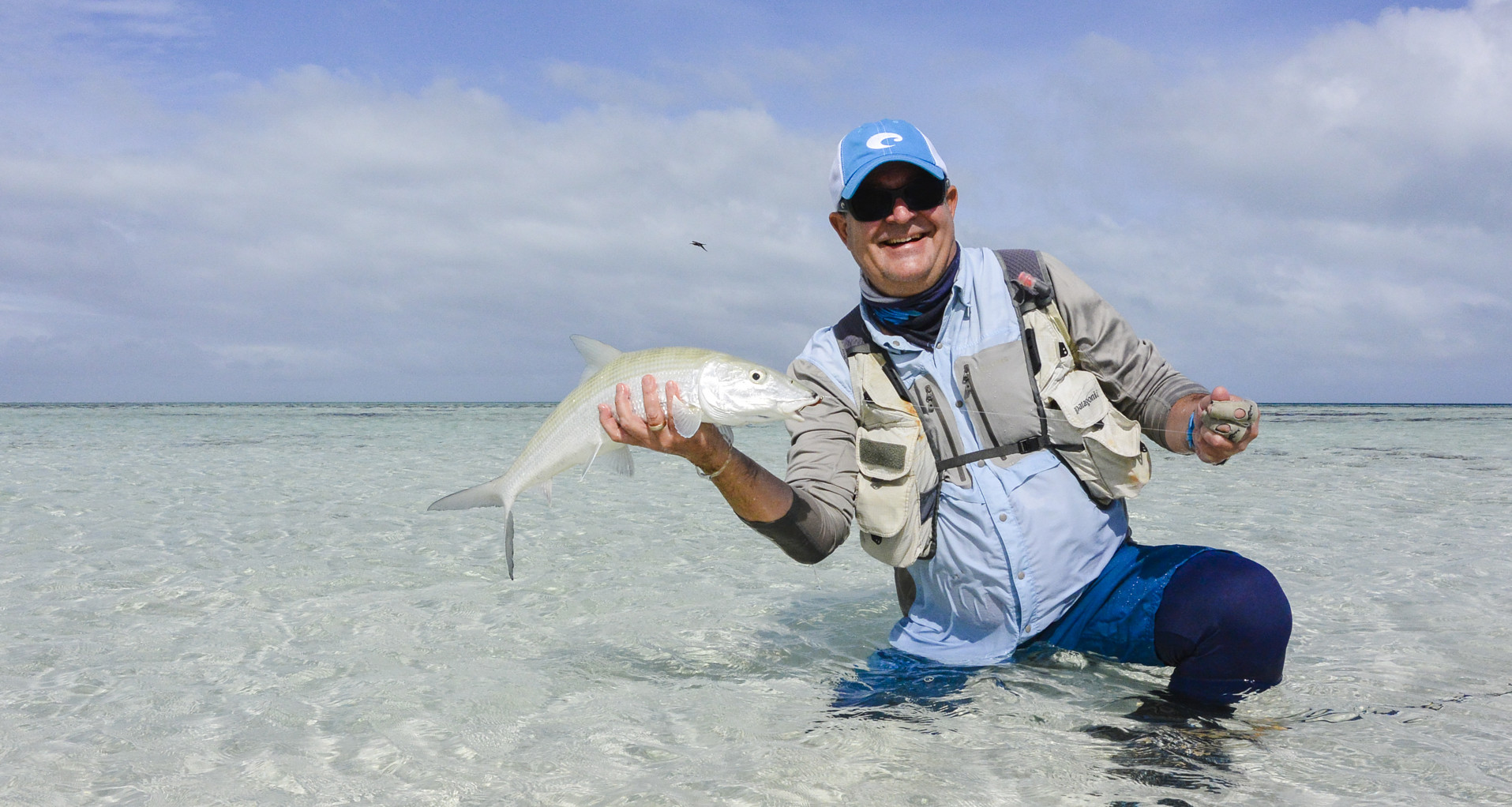 Difficult conditions dominated most of the week with a strong southeasterly wind blowing. Predominantly cloudy skies were common with light to strong showers passing through regularly. With the full moon, it was a week of full spring tides with large water fluctuations. 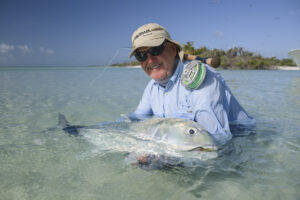 Despite the weather it was a week of big fish. A Seychelles regular, Joern Heiner kicked things off with an absolutely massive GT of 134 cm, the largest of the season so far! In addition to that giant, Joern landed three more GTs, Andrew Jillings captured two GTs, James Mendes managed his first GT and Tim Fleischer, Murray-John Wilson, Andrew Hogg, Hilton Peterson all landed a GT each.

An amazing permit was caught this week by Andrew Hogg. Measuring 84 cm it is the largest caught on Farquhar to date, and a truly special fish. Our group managed 29 bonefish this week with most anglers landing large fish. Alan Cloete caught his first bonefish, which was also his first fish on a fly. He went on to catch a bonefish of 66 cm.

Our first bump headed Parrotfish of the season came from Joern on the last day of the trip. The fish measured 84 cm!

Congrats to all our anglers this week for an amazing trip! 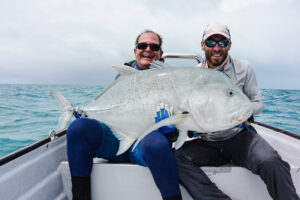