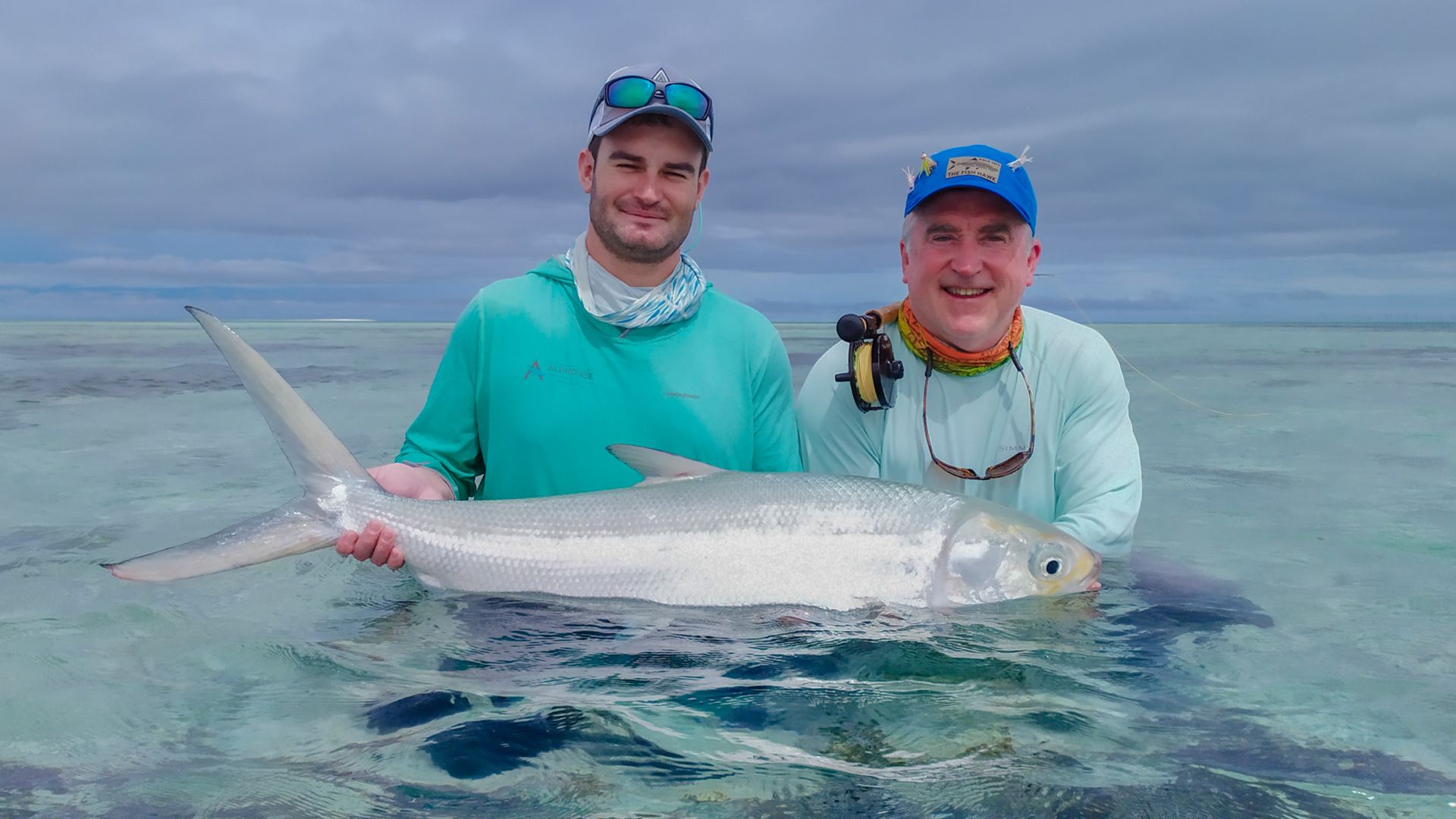 Alphonse Island Fishing News | 12th – 19th October 2019
Great fishing was experienced on St. François Atoll last week as the full moon approached. The week started with a spring tide and 12 eager anglers keen to wet their lines and bend their rods. A strong south easterly wind blew making casting a challenge for the anglers however this did not affect fishing with some amazing catches reported. The spring tides allowed for excellent shots at GT’s, milkfish, bonefish and triggerfish. A few anglers also ventured into the deeper waters on the outside of the lagoon with an estimated 40 fish being landed in one day between anglers Bill Oehming and Dinks. 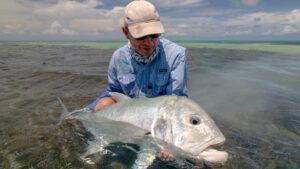 Day one on the atoll was a fantastic day with sunny weather and a strong breeze. A total of 127 bonefish were landed, the biggest measuring 60 cm caught by John ‘Thunder’ Thorton who also managed to land a 65 cm GT. Dave Abbott landed an impressive 87 cm GT.

On day two anglers managed to land 103 bonefish. Tom Eberie landed an amazing 50 cm moustache triggerfish. Adrian Reynolds who has been visiting for the last five years caught a very well deserved 97 cm GT on a popper in the famous Ignobilis Channel for the first time. Allen Carter landed a 67 cm GT that was hunting on the back of a ray on a late afternoon pushing tide.

On day three a whopping 140 bonefish were landed the biggest measuring 62 cm caught by Bill Oehming. A 25 cm moustache trigger was caught by Dinks after working hard over the first few days to catch one. A 94 cm milkfish was landed by Bob Bullard after a 30 minute fight. Bob managed to land the first milkfish of the Alphonse 2019 season. 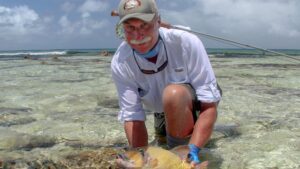 On day four, 67 bonefish were landed. It was a challenging day with high wind speeds and isolated rain showers throughout the day.

Day five was a great day for all anglers, 43 bonefish were landed. Dave Abbot and Frederick Thranhradt landed three GT’s measuring 67, 74 and 87 centimetres. John ‘Thunder’ Thorton was lucky enough to land a one metre + GT which was the biggest GT catch of the week.

Another fantastic week was spent at Alphonse Island fishing St. François Atoll. Memories were made and bonds were formed that will last a life time. Stay tuned for next week’s report as we are sure you won’t want to miss it.