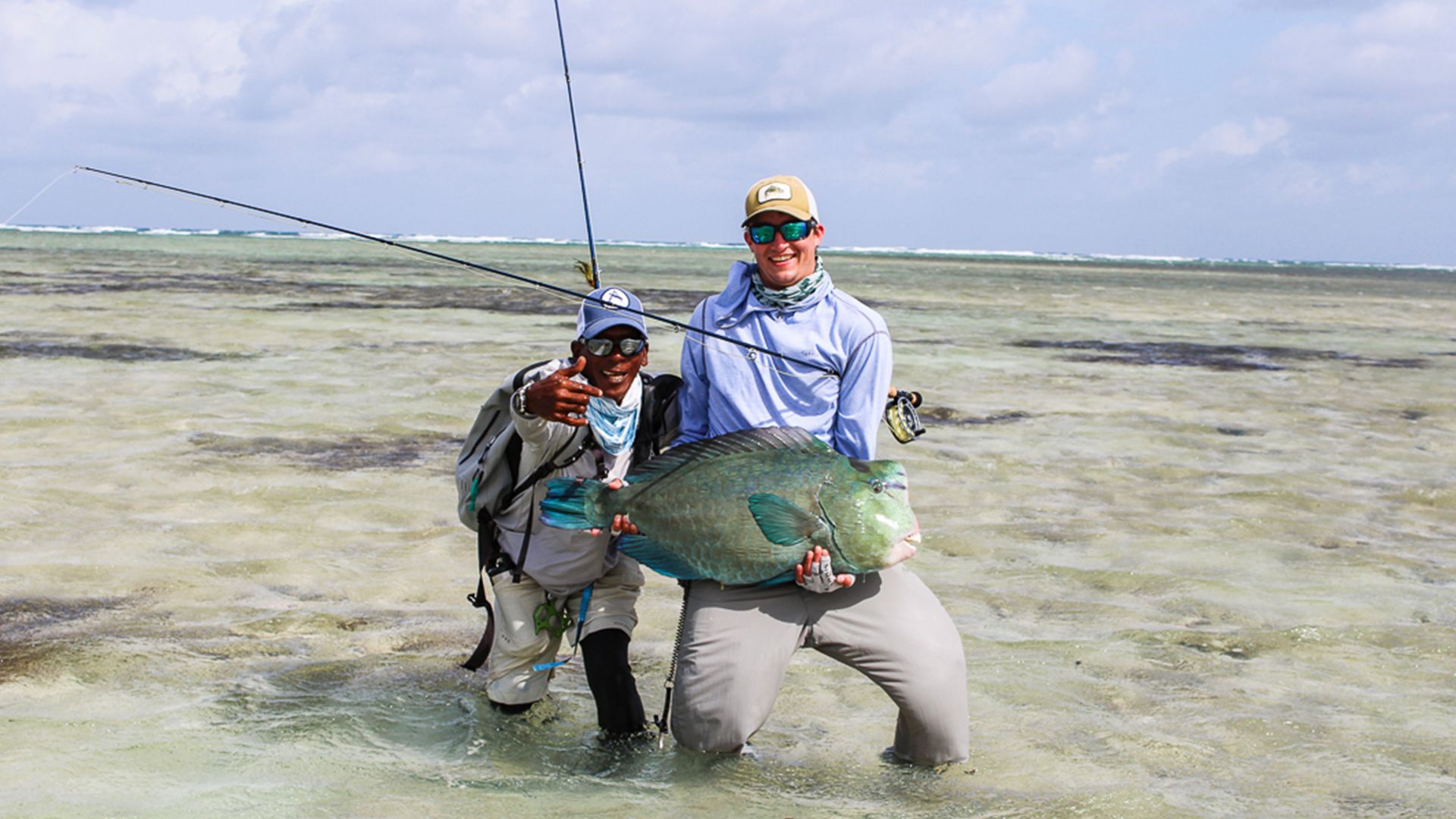 This week weather conditions were a little tough. High winds and multiple passing fronts made fishing a challenge. Tides started off in springs, with lots of water movement on and off the flats, and we ended the week in neaps.

Six GTs were landed this week. Reid Schupp landed two and Kris Fuhr landed another two. Jason Cassel landed one GT, as did Craig Dirby. In addition to the six GTs, we also caught our first golden trevally of the season. Rudy Schupp caught the elusive fish on a crab pattern.

Three triggerfish were landed. Craig landed two, one mustache and one yellowmargin, and Jarrett Duty landed a large mustache trigger. Three Bumpies were caught this week, William Collins landed his first bumpy, so did Kris and Jason.

For the second week in a row Eric landed an Indo-Pacific permit. This week he landed a trophy class fish of 73 cm. Amazing fish Eric! 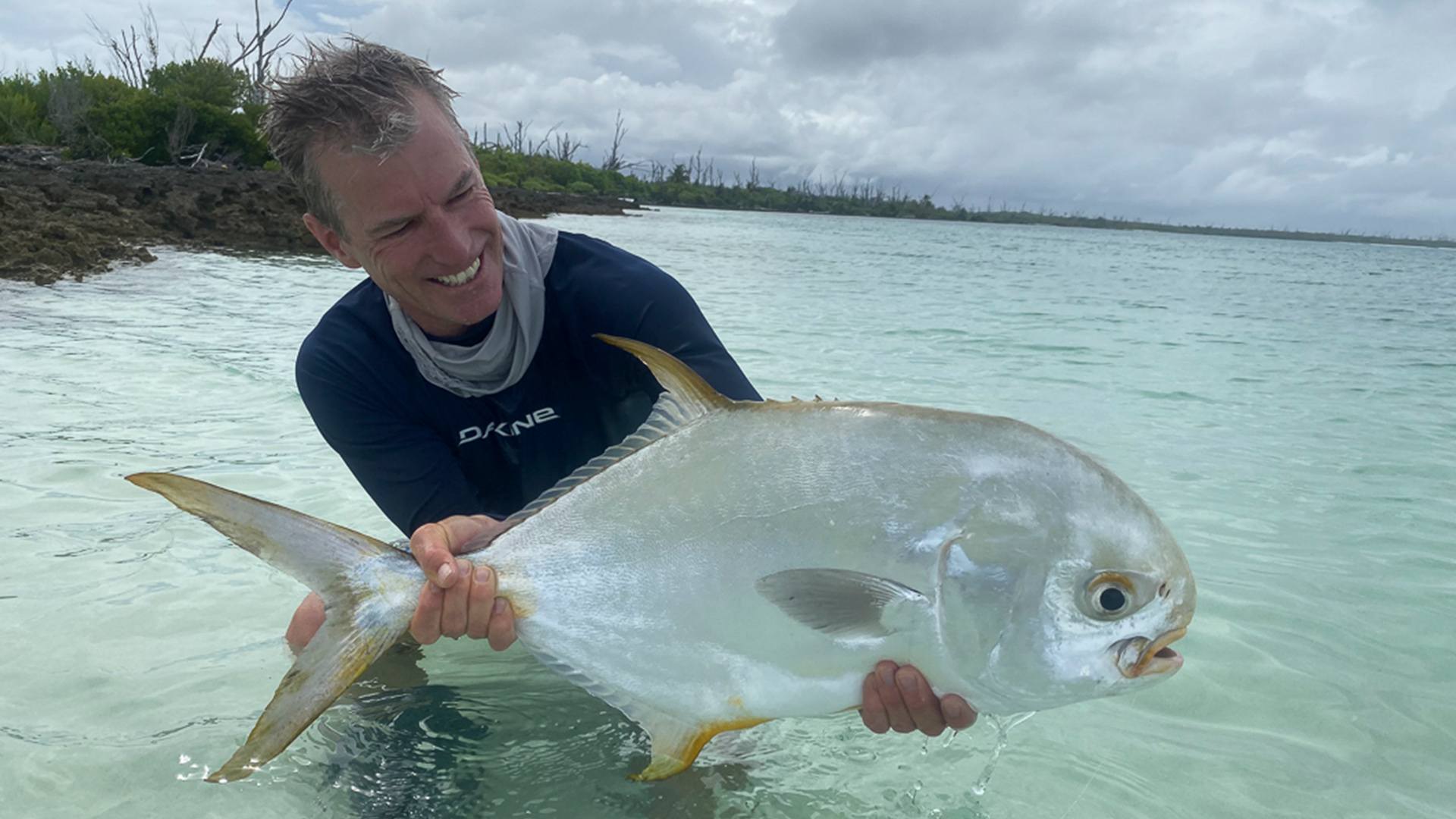 Our bluewater fishing was incredible with four sails landed! Craig landed his first sailfish on fly and followed it up with another fish later in the week for good measure. William followed landing his first sailfish, with Jarrett following suit!

Craig finished off his two weeks on the atoll in fantastic fashion by completing a Flats Slam on the last day of the trip. Landing a GT, a 54 cm yellowmargin trigger, and a bonefish; congrats to Craig for the great accomplishment!

Thanks to all our guests for a fantastic week of multi-species flats fishing! 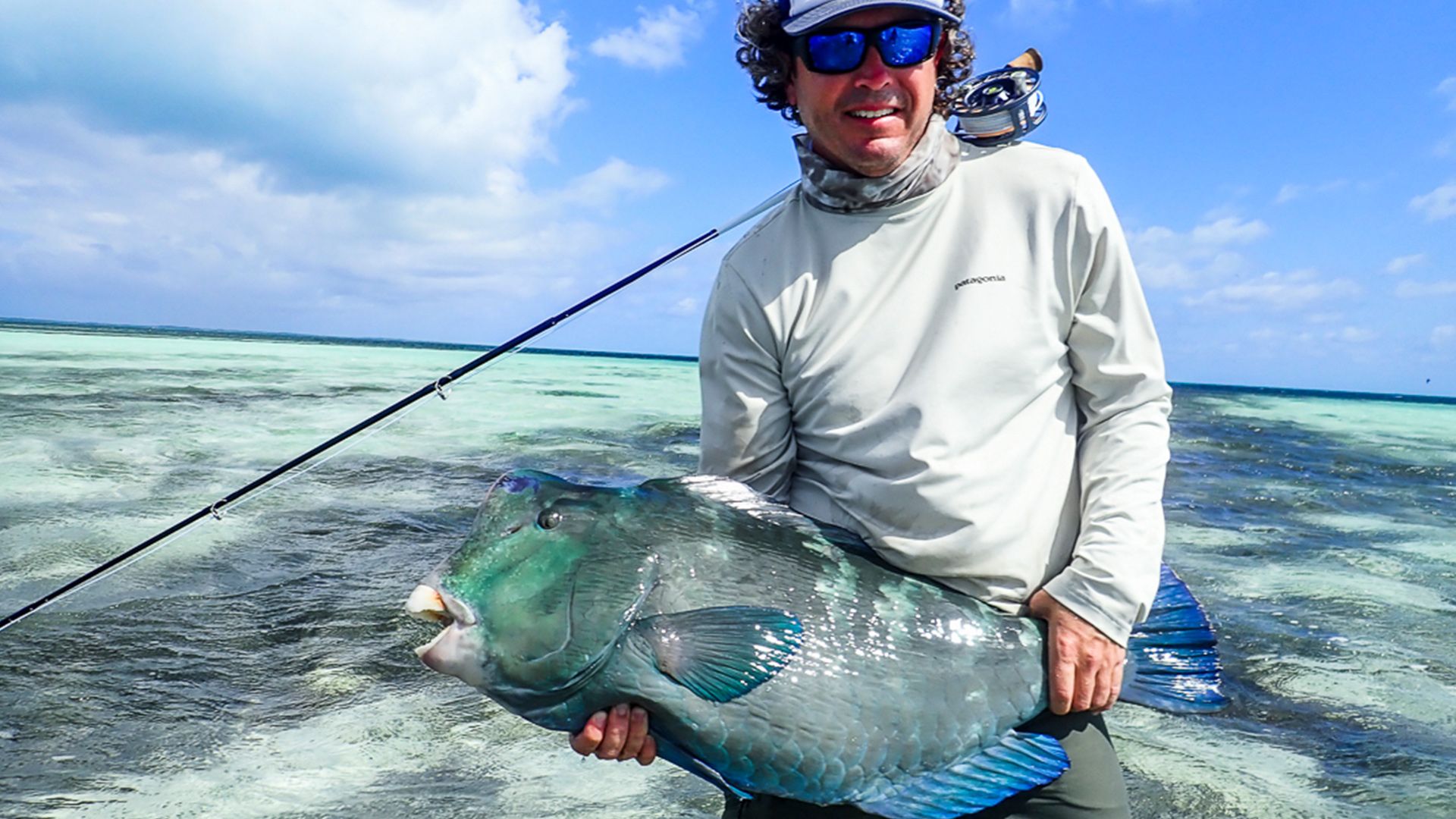