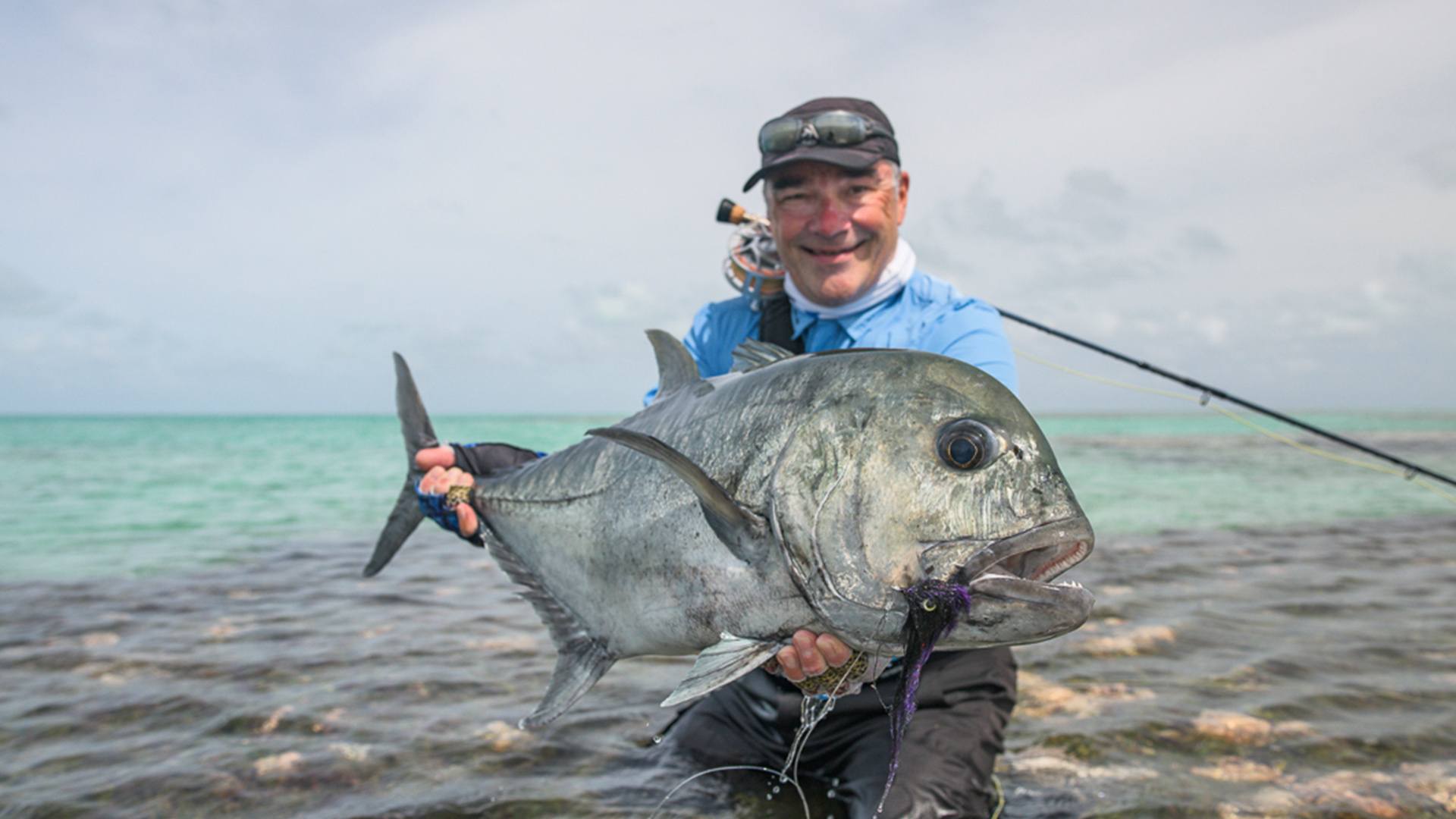 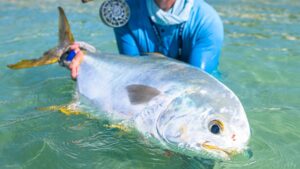 Another incredible week of flats fishing has come to an end. Weather conditions were mostly sunny with variable wind direction. Wind speeds were from five to 15 knots making for great flats fishing conditions. Tides started off in neap tides this week with the tides increasing up to spring tides by the end of the week.

GT fishing was fantastic this week, with our best total yet of 37 fish landed. All anglers landed GT’s this week! Christian Kammerer was on his first saltwater fishing trip and his first fish was a GT it wasn’t his last! Chris landed 10 fish this week with the biggest being 101 cm followed by a 99 cm as well. His fishing partner, Christian Mairold landed seven GT’s. 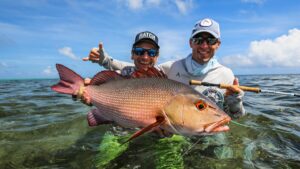 With great conditions anglers were able to land 58 bonefish this week. Alex and Stefan were able to each catch a moustache triggerfish, and each caught a permit! The permit were the first Indo-Pacific permit the brothers have landed. Even more amazing, each brother was able to get a slam this week. Stefan completed a trevally slam with a GT, a bluefin and a yellowspot trevally (our first this season). Alex completed a classic slam of GT, bonefish and a permit.

In the bluewater two sails were caught by Marko and Rob. Three beautiful yellowfin tuna were landed this week caught by Michael, Waldi landed and Rob.