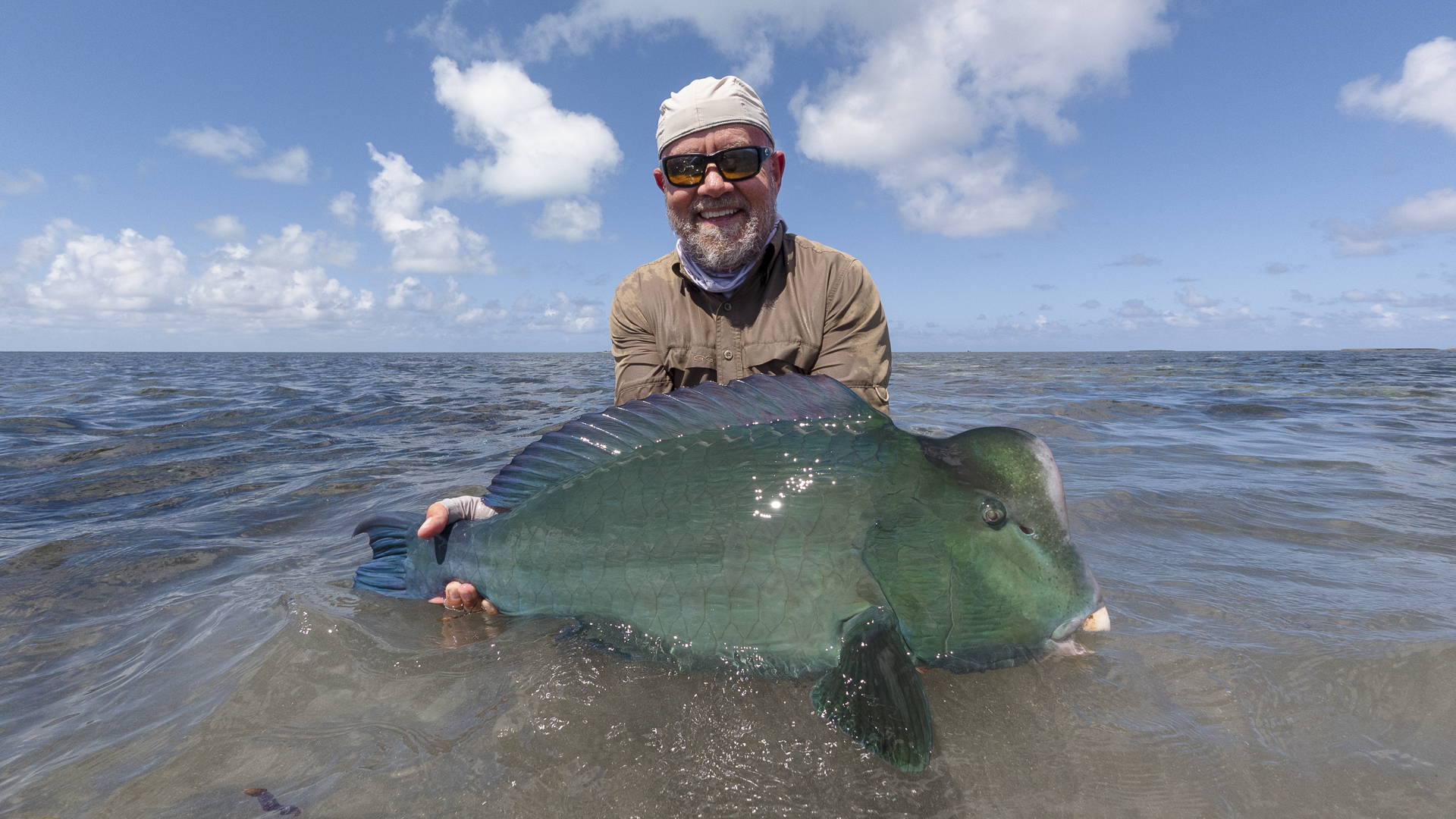 It was another spectacular week here on Farquhar as again multiple target species were landed. With the weather starting to settle it made for a great week.

Michael Haines got stuck into the bonefish and wrapped a large number of them. His biggest as well as the biggest for the week was a very impressive 65 cm fish. He sadly lost a big Indo-Pacific permit. However, this did not dampen his spirits as he landed a 51cm moustache triggerfish, a GT and a bone on the same day, giving him a Flats Slam. He ended up with a few more GTs as the week moved on.

Charles McDaniel had a terrific time. He managed to land all but the Permit during his stay with us. He landed a few GTs, a triggerfish, bones and the highly sort after bumphead parrotfish. Brian Griffith landed a very impressive 102 cm GT in the surf together with a pair of bonefish. Sadly he lost five bumpies and a monster GT after a lengthy fight.

Dick Pitini certainly landed one of the fish of the week. A glorious 51cm Permit together with a few Bonefish. Brian and Sonya Gustafson had a fairytale trip. Brain landed two GTs of 109 cm each on the same day. One of those fish was a double up with his wife Sonya who managed a 91cm GT, her first ever. A very special moment for the both of them. Brian then went onto landing a GT, a yellowmargin triggerfish, bonefish and his first bumphead parrotfish in one day. An excellent Super Slam. Sonya also managed a moustache triggerfish during the week and Brian with a great 81cm Napoleon wrasse.

Seychelles veterans Ian Hodge and Ty Pollock also wrapped up some decent GT numbers with the biggest belonging to Ian, a 97cm fish. They also each landed a bumpy after losing a few throughout the week. Ty landed the hugely appreciated Napoleon wrasse on the flats. 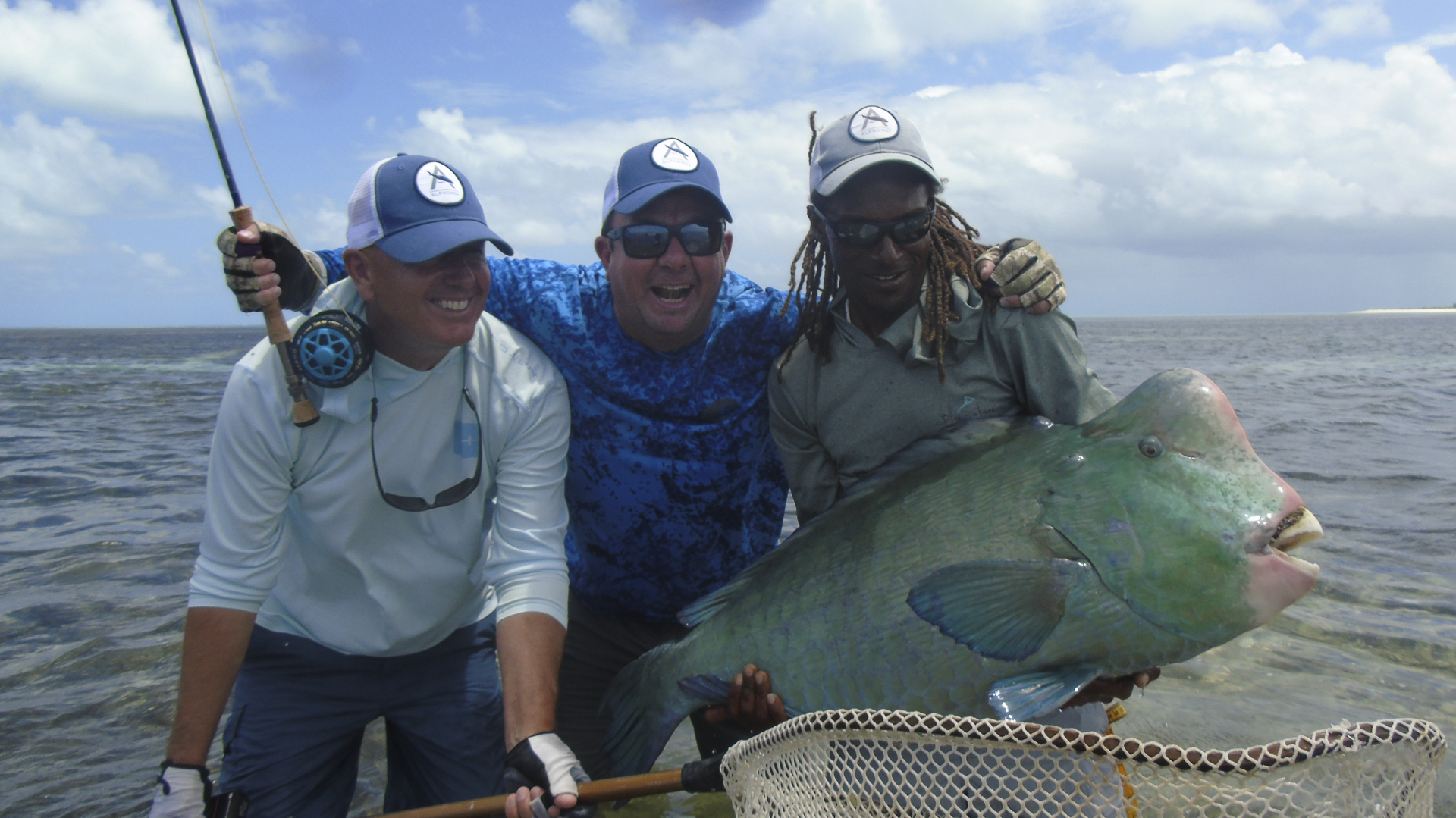 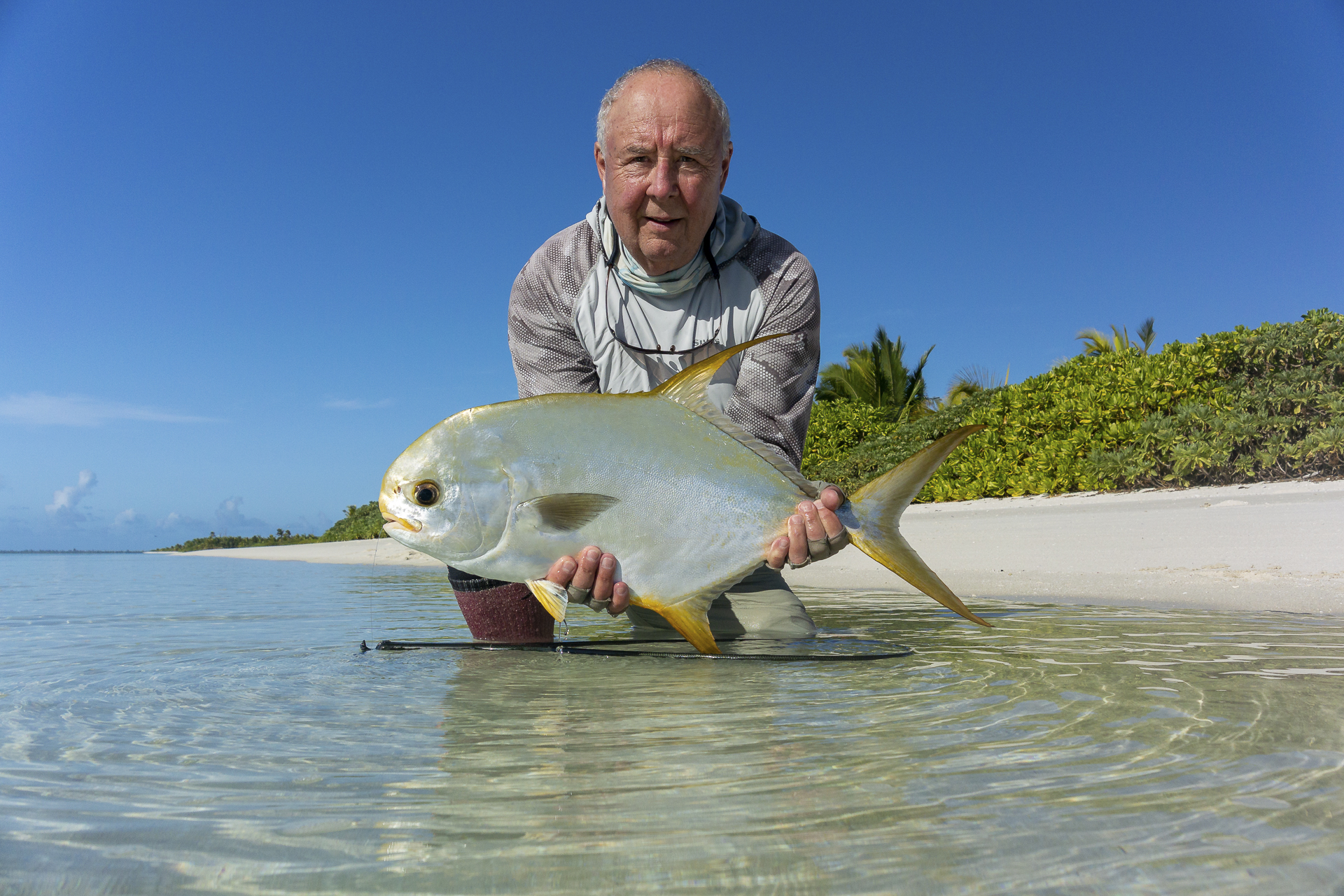 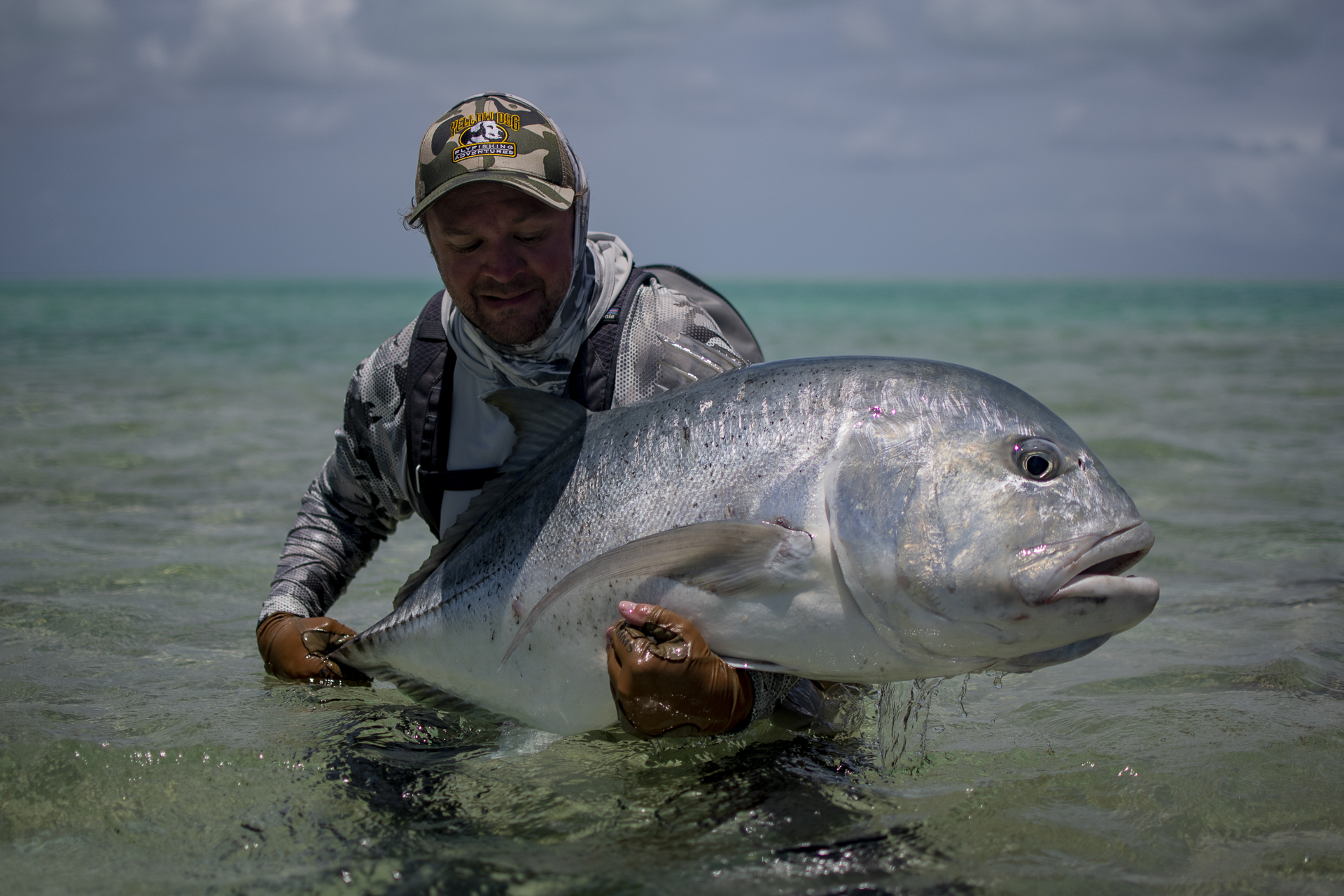 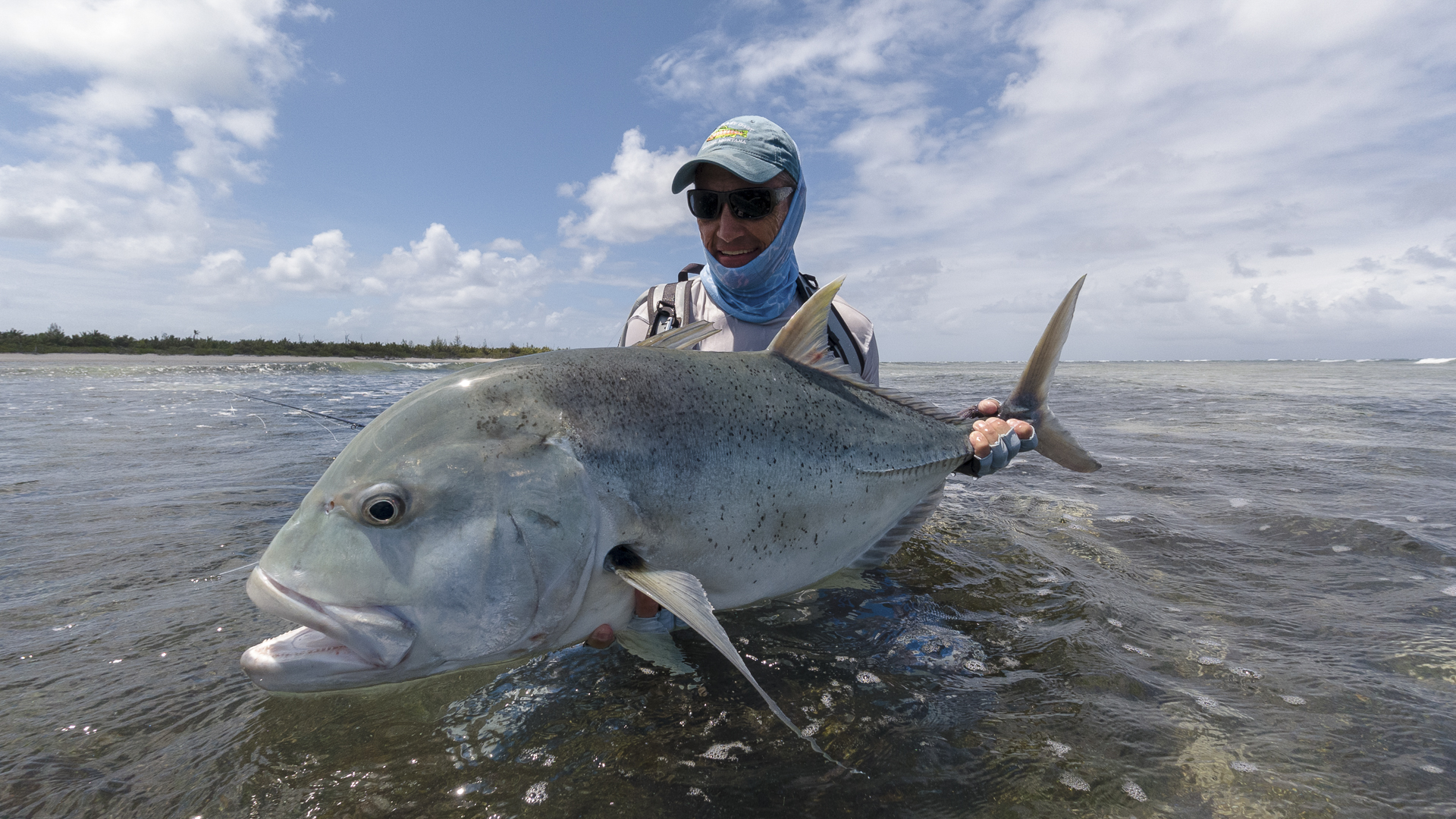 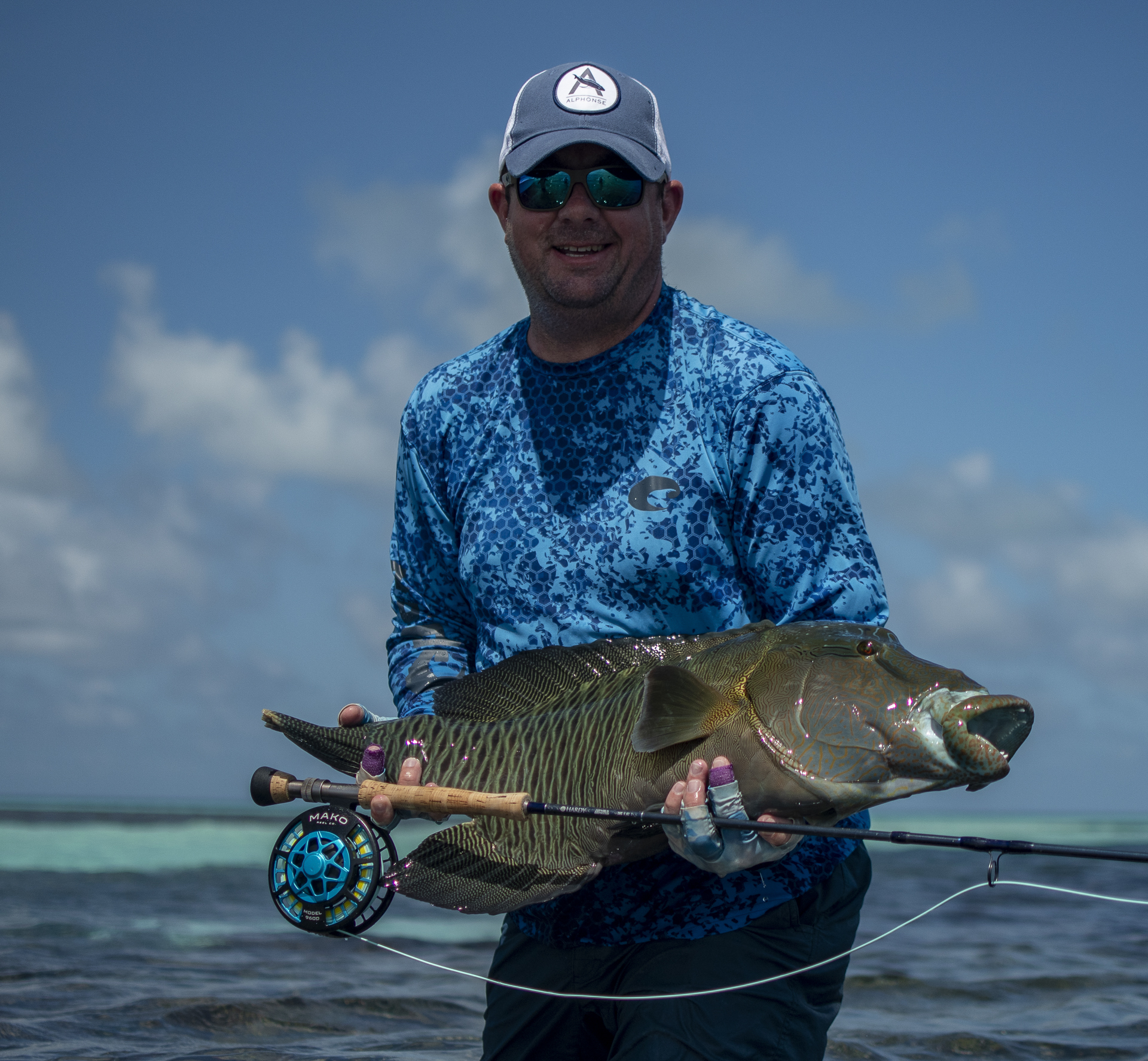 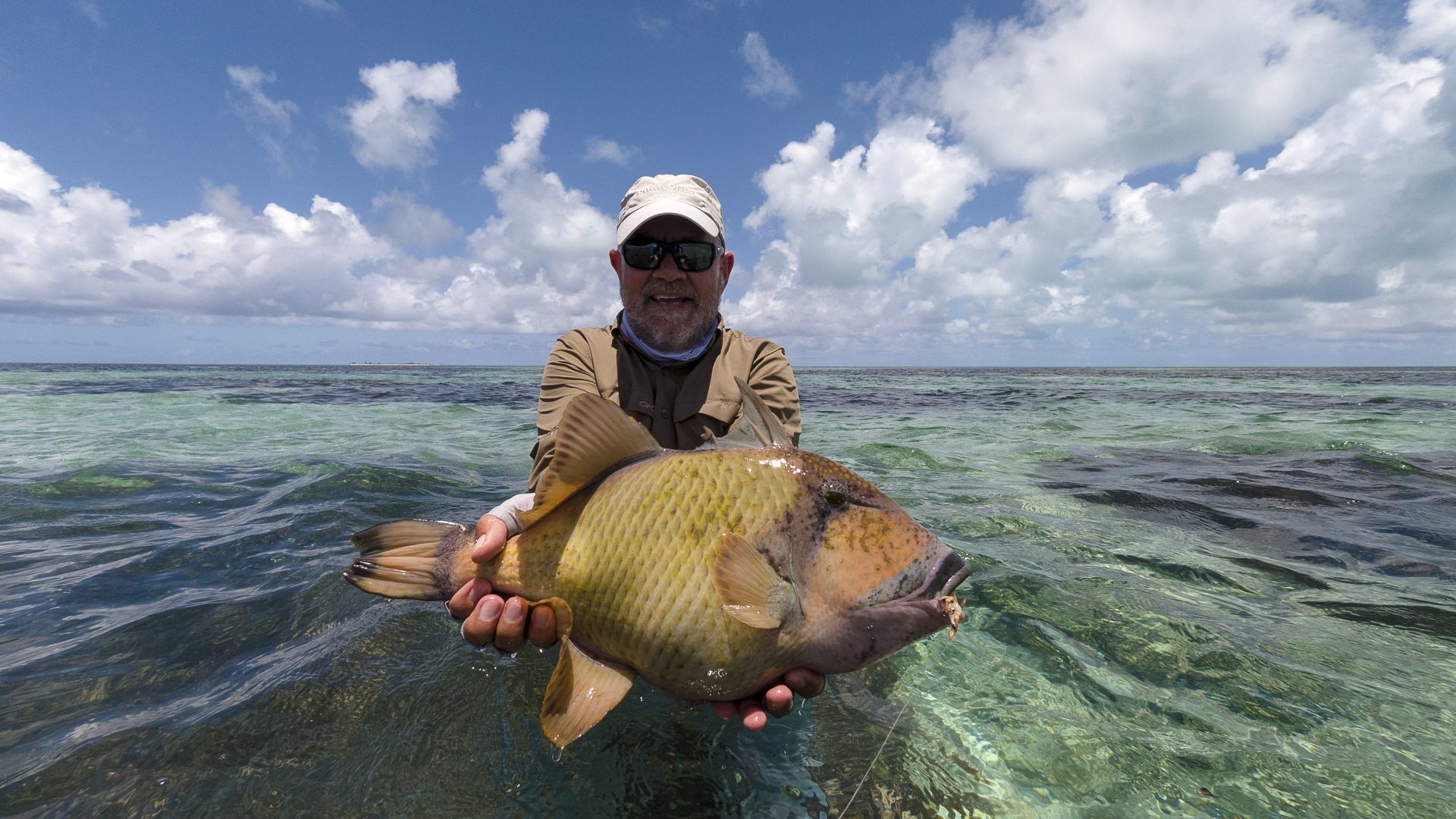 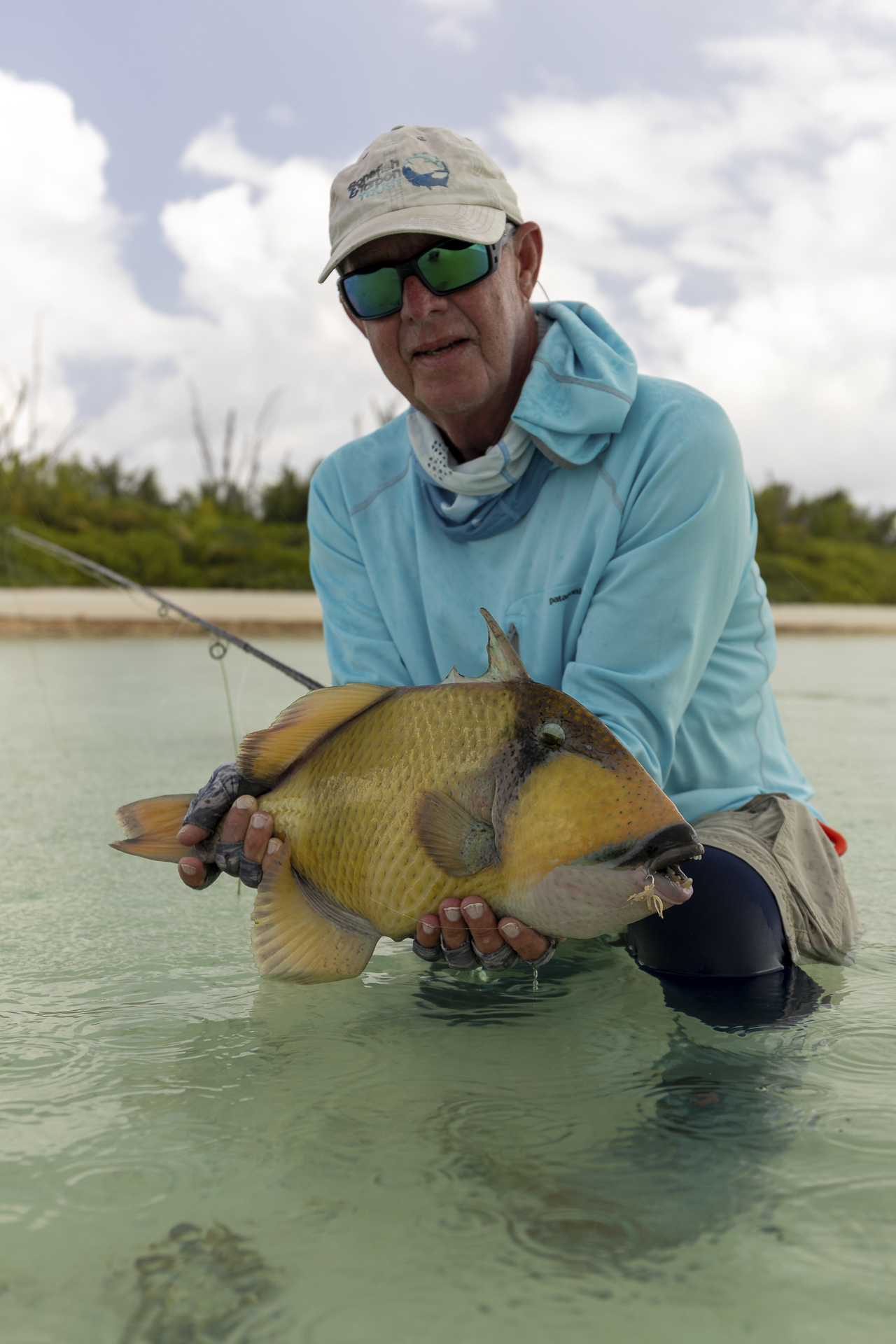 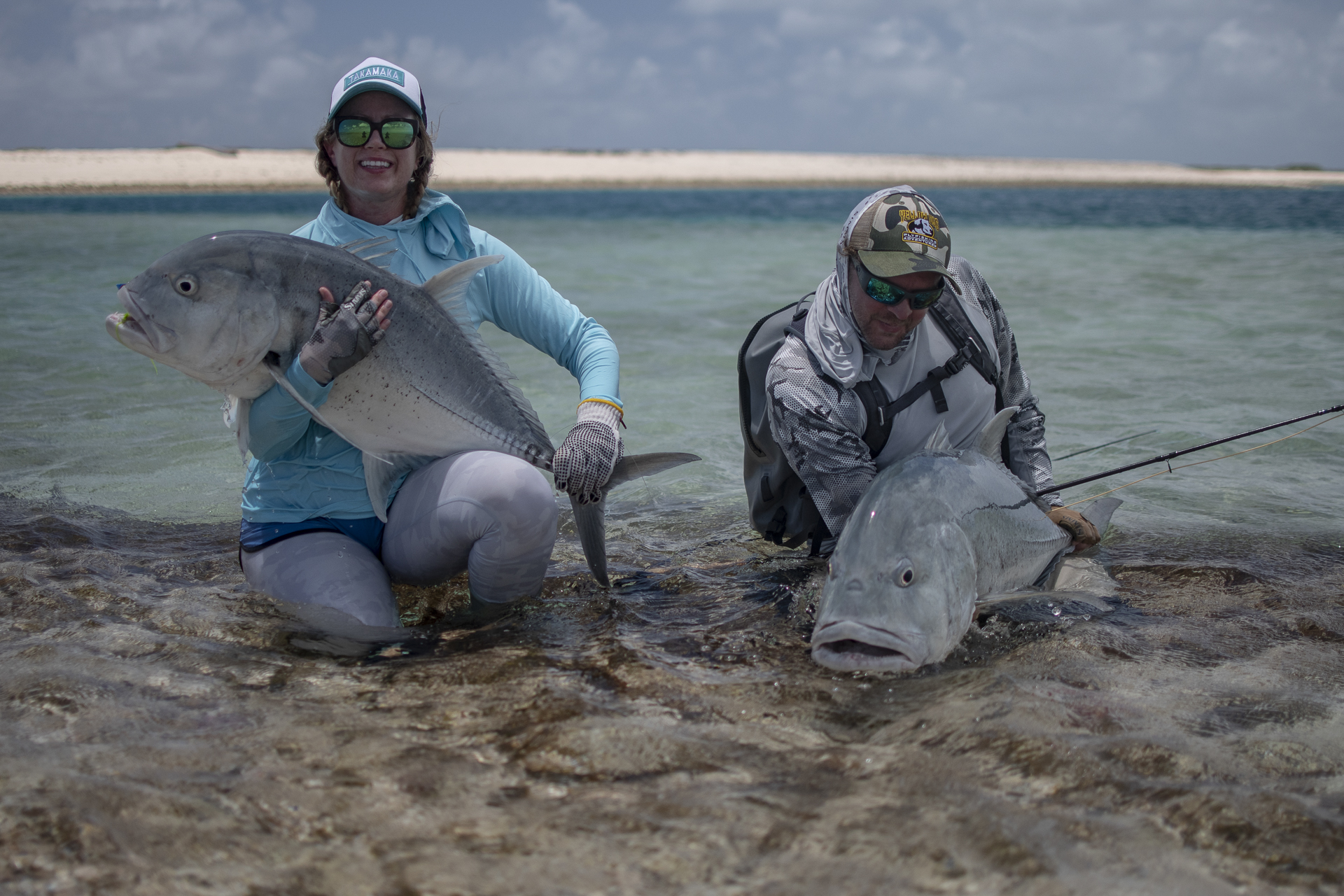 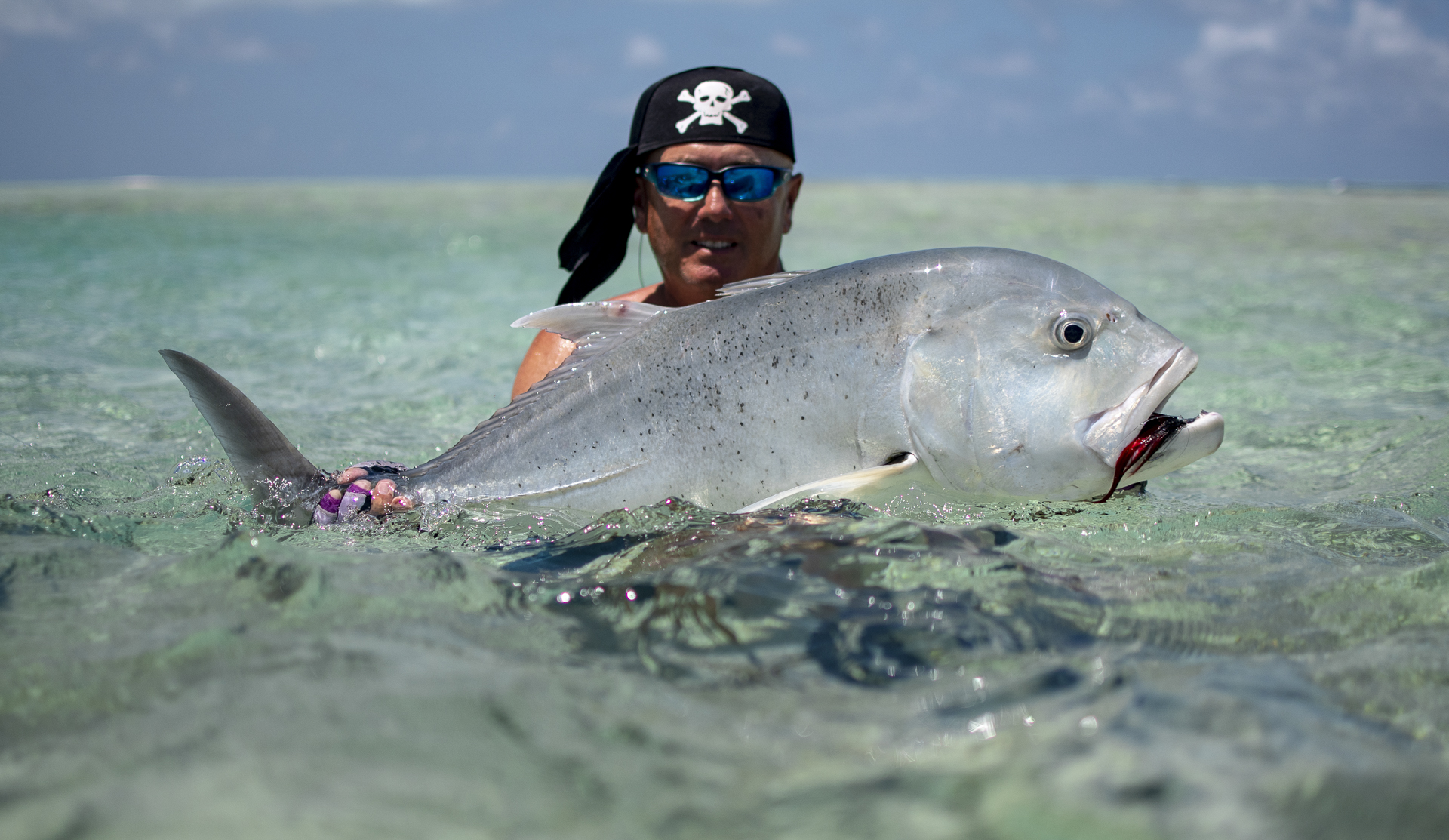 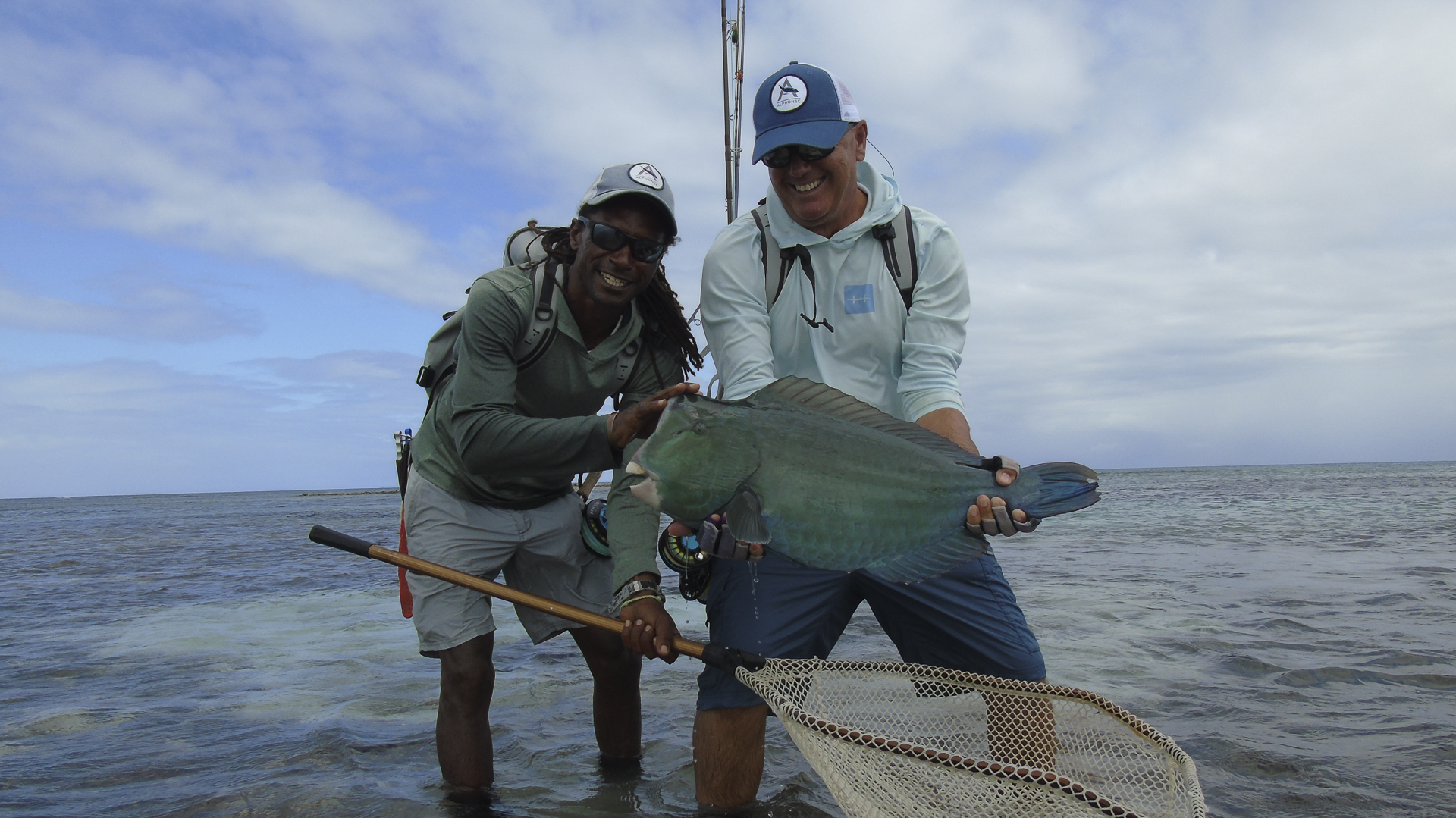 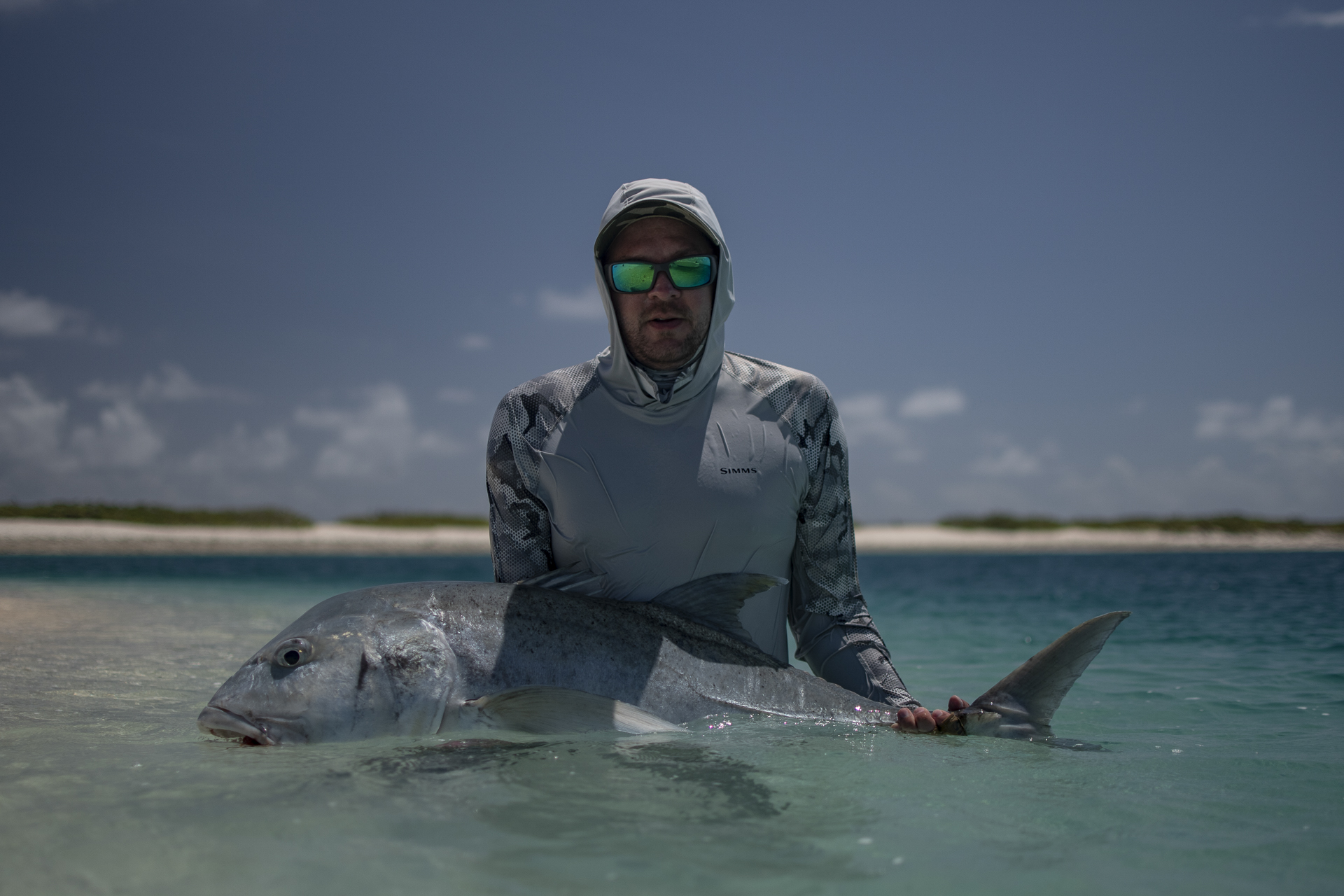