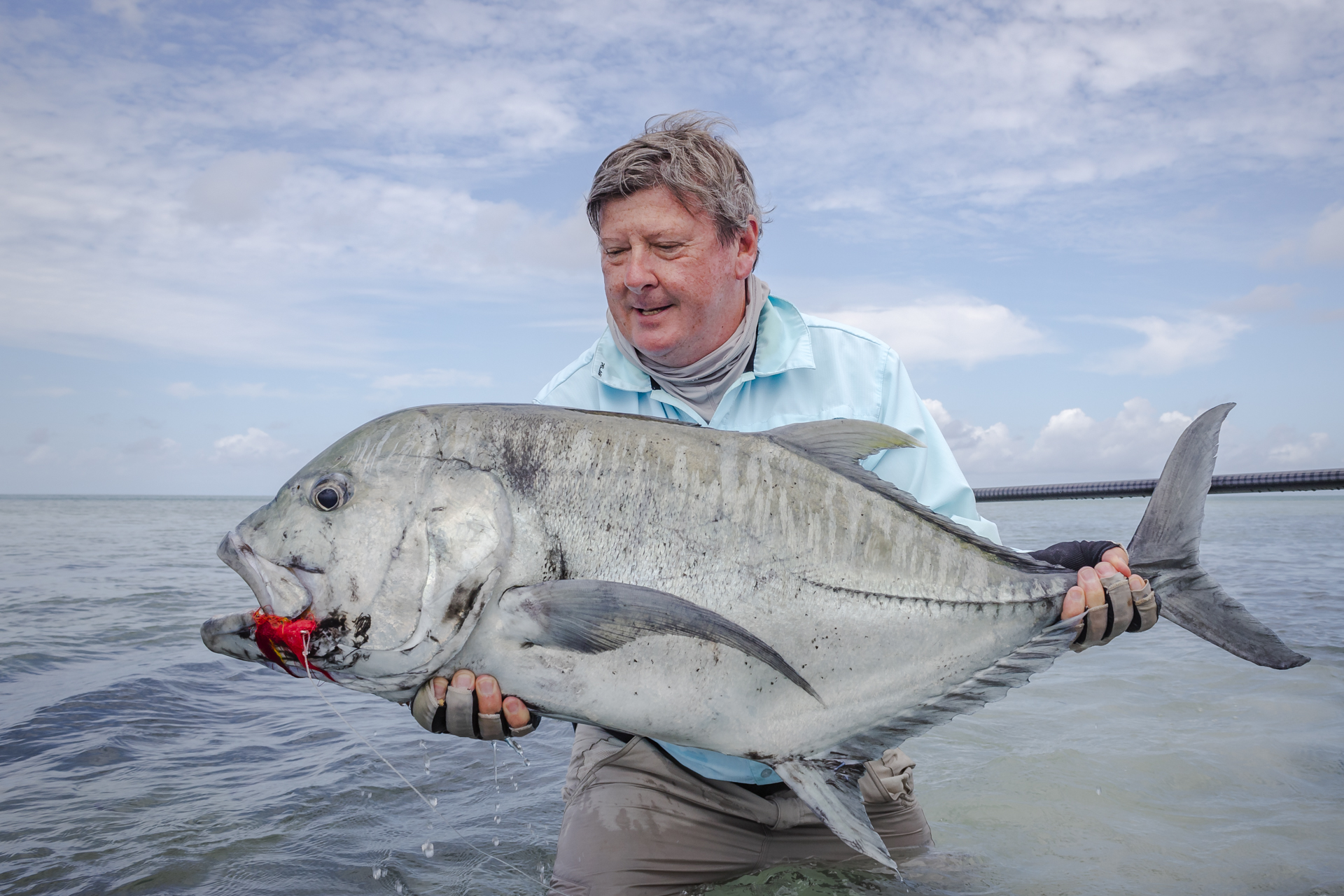 What an incredible week of fishing we had this week. We were greeted by a group of guests who have been coming to Alphonse since the very beginning. This week was one of their standout weeks and was definitely a week to remember, with some incredible catches and great weather.

The week started off with two Flats Slams caught by Russel, landing two GTs, a milkfish and bonefish, and Kevin who caught his first moustache triggerfish, a bonefish and the GT of a lifetime measuring 105 cm. The Slams didn’t end there with Peter catching a Slam on Thursday comprised of a milkfish, GT and bonefish. Tim topped everyone on the last day though catching a Super Grand Slam comprised of a GT, milkfish, bonefish and moustache triggerfish. Tony was deemed our bonefish king of the week, catching multiple 20+ bonefish and a good few fish over 60 cm.

Teisha and Jeremy also joined the bonefish bonanza and got themselves 20+ bonefish, while Ryan, Julianna, Charles, Will and George all caught their first bonefish. The GTs were plentiful this week with David catching his first GT after a long dry spell. Jim, Paul, Tim, Kevin and Russel all landed GTs as well, with Russel being the GT king of the week landing four fish with the biggest being 90 cm, beating his personal best. After a good few lost battles with some very big GTs, Paul finally landed a very healthy 90 cm fish on the last day, he also landed a sizable yellowmargin triggerfish earlier in the week.

On the bluewater side of things Espen landed his first sailfish as well as a bonefish giving him a Bills and Bones Slam. Russel and Kevin also managed to land a Bills and Bones Slam, as well as a wahoo each. The cook family joined us for a bluewater on Friday and caught some notable fish, with Jeremey catching his first sailfish and Charlie, William and Kathleen all catching their first wahoo. Well done to all our anglers for a phenomenal week of fishing. 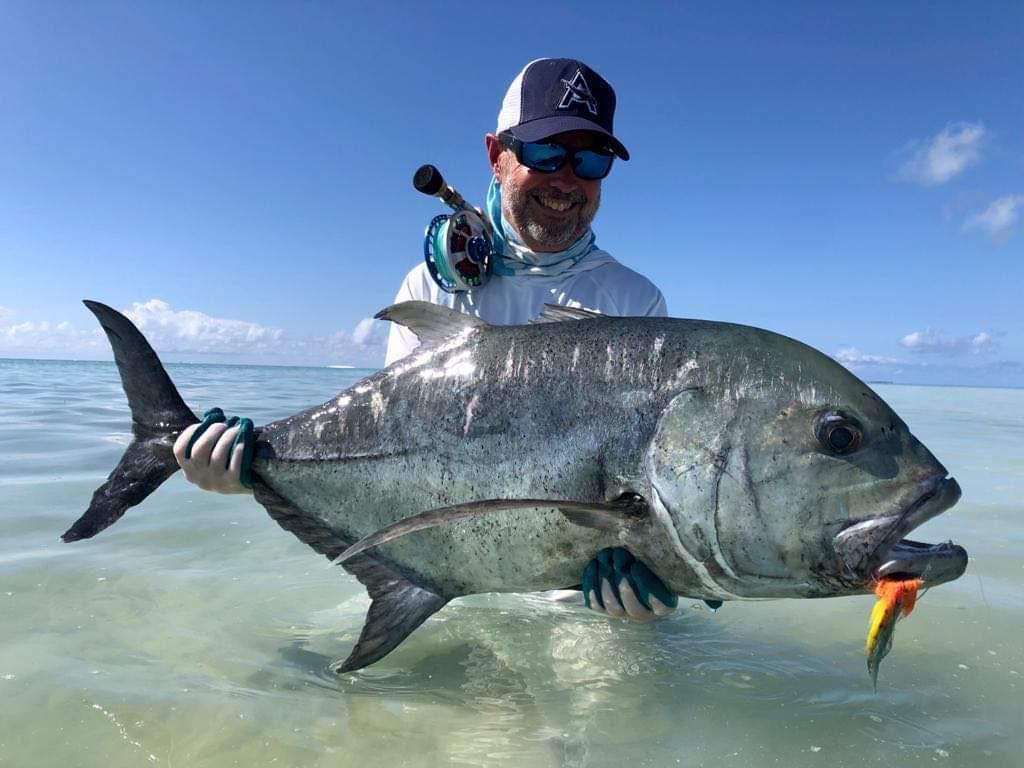 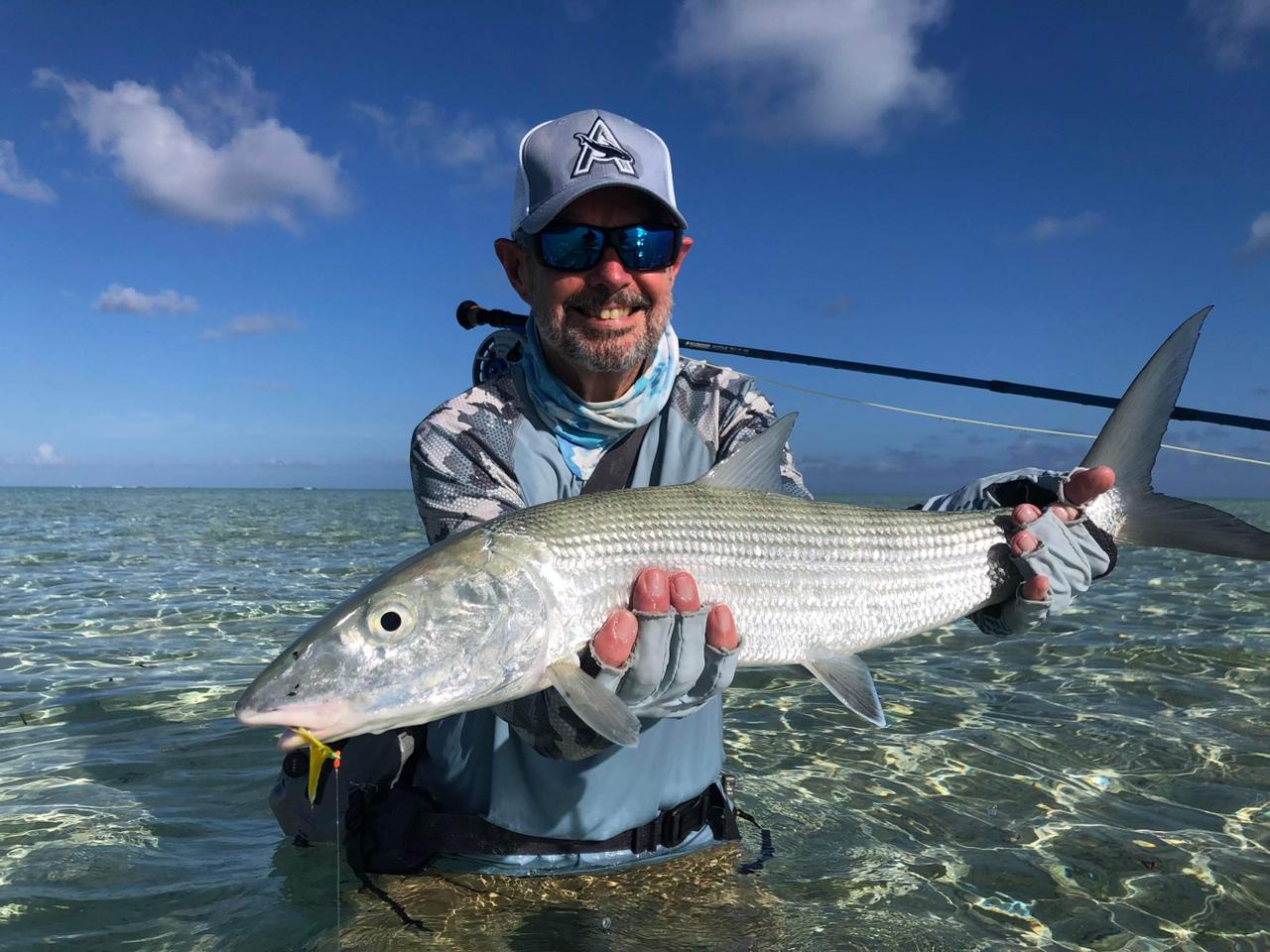 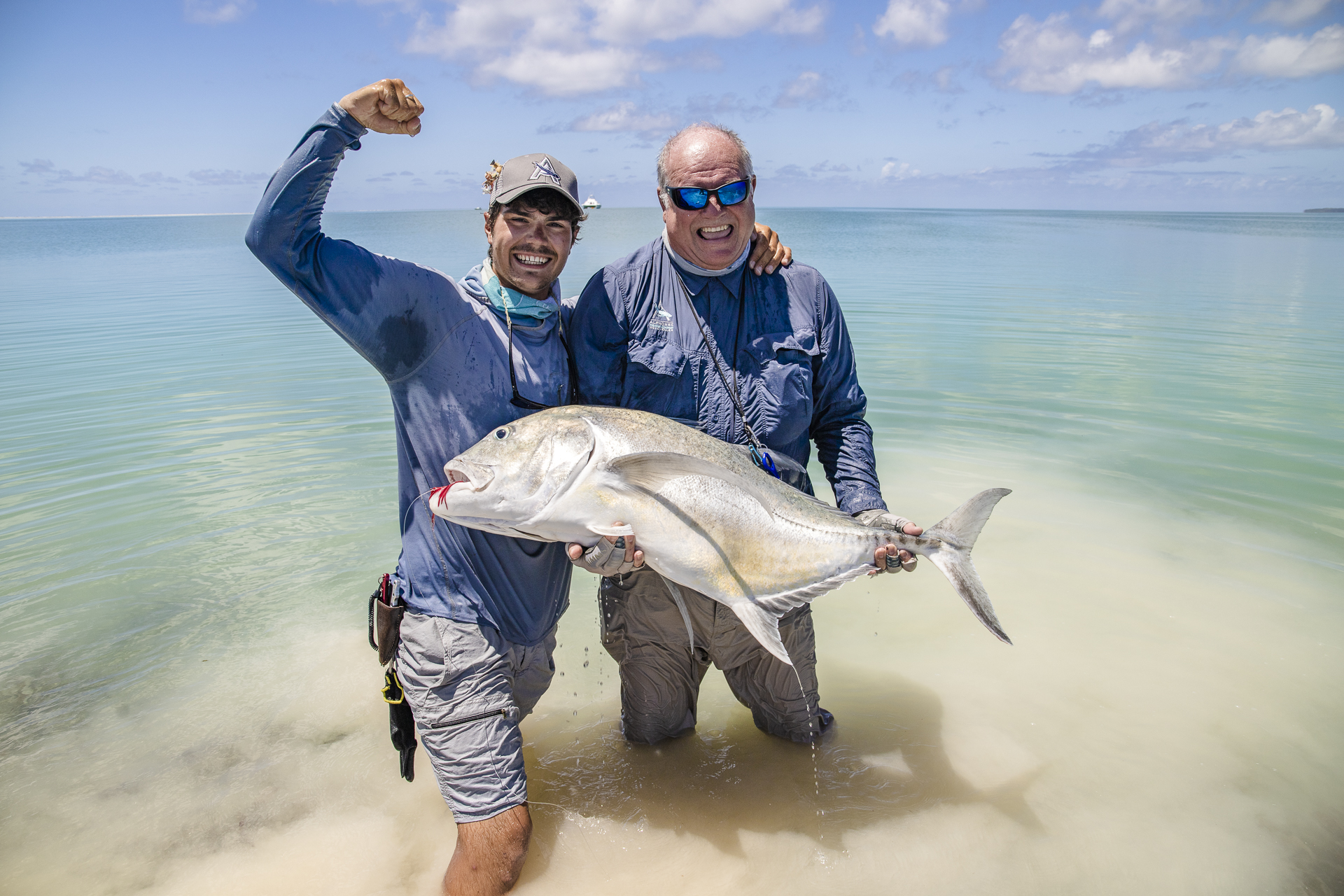 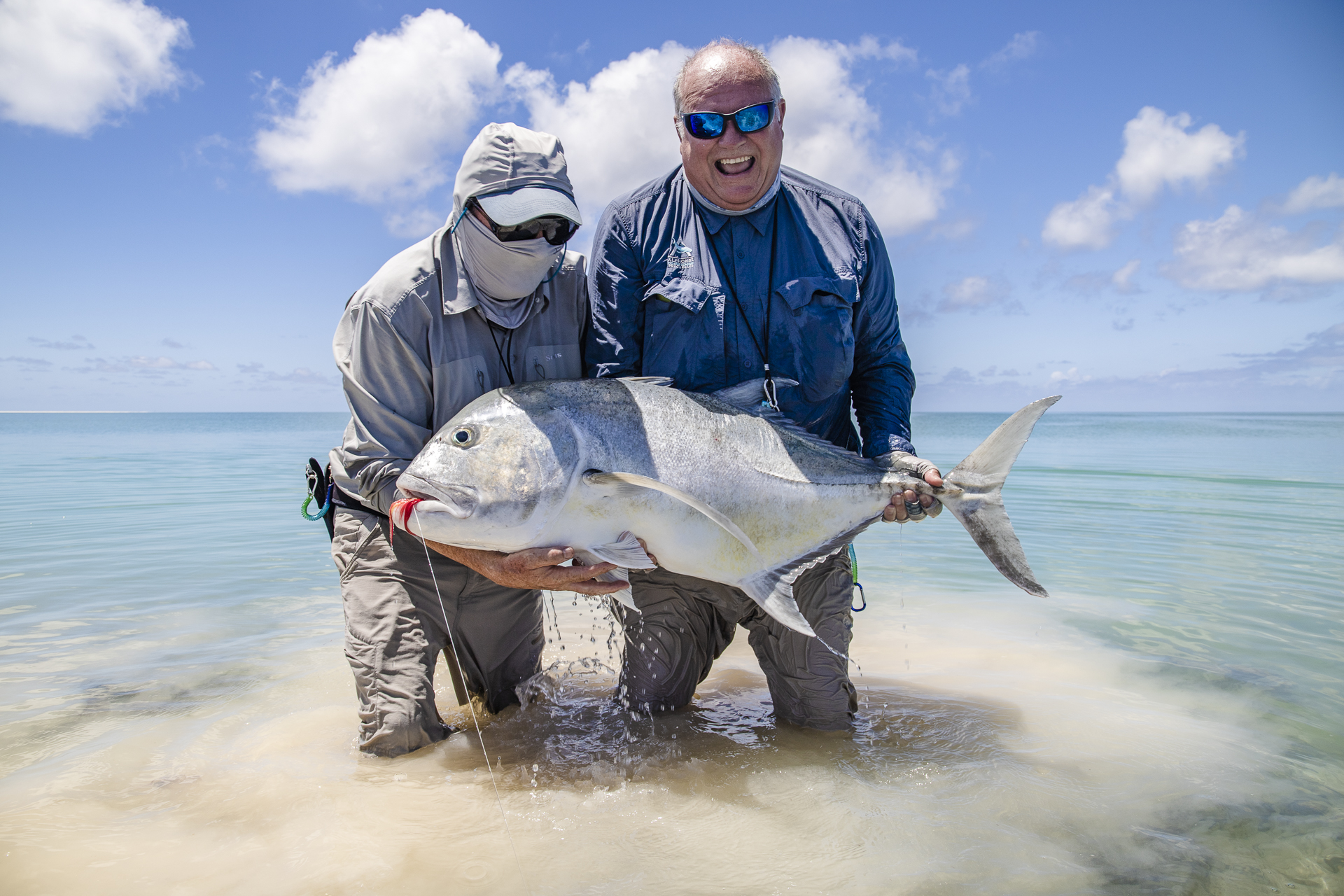 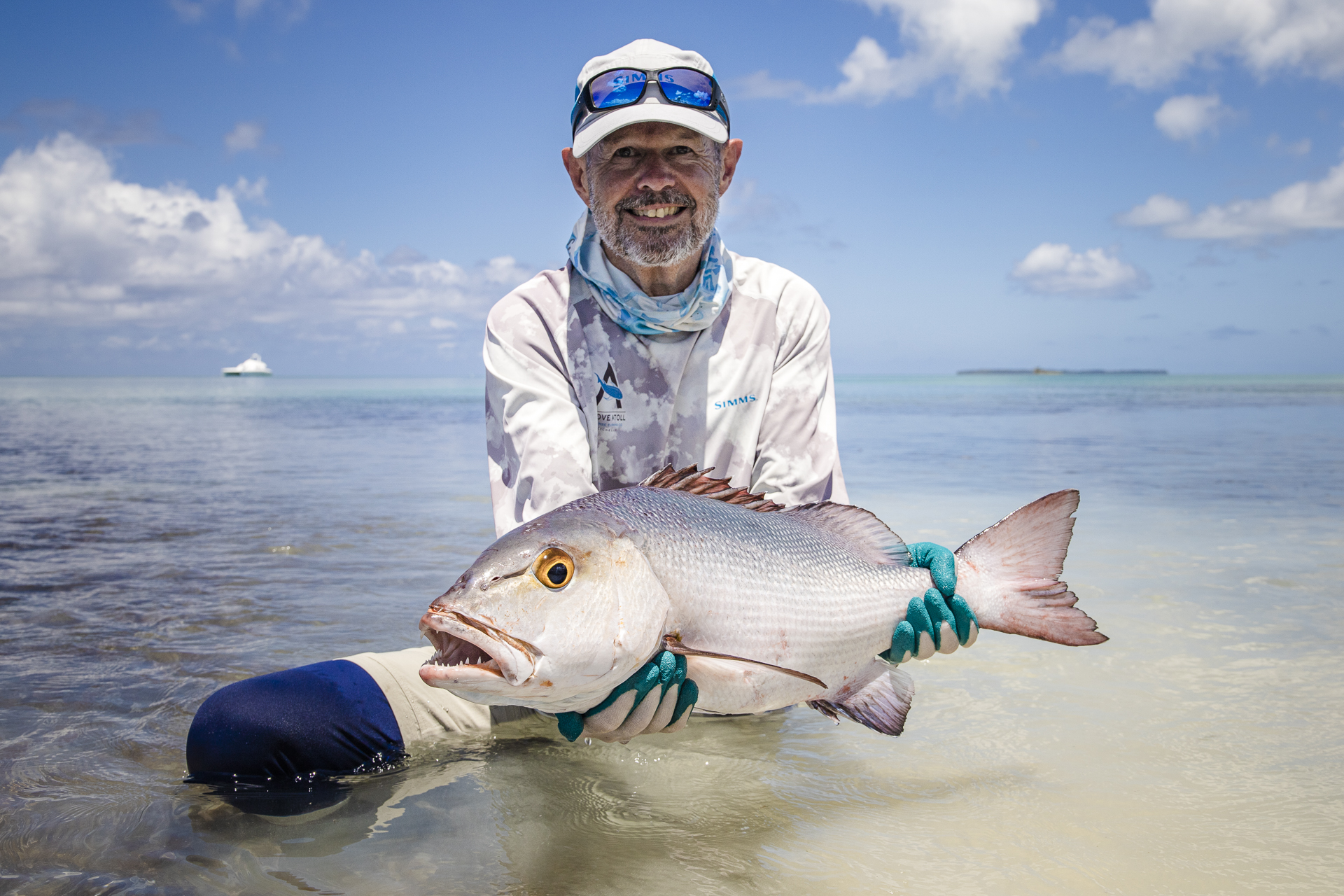 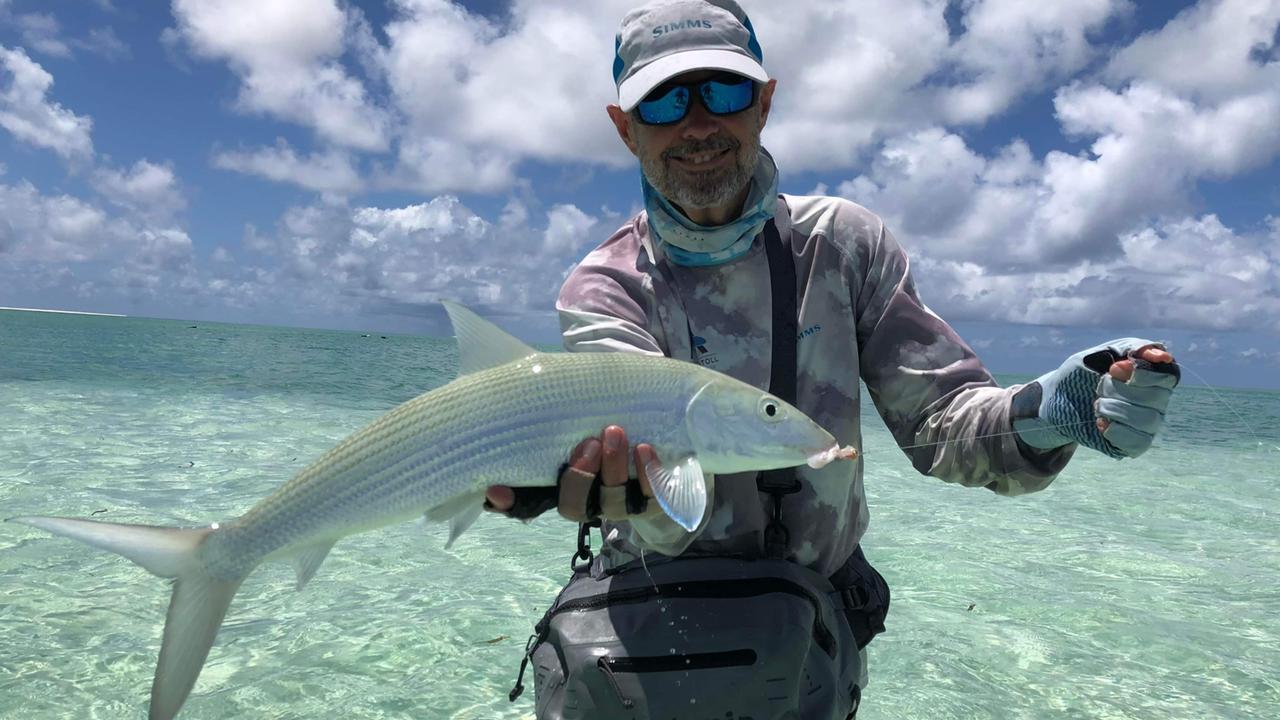 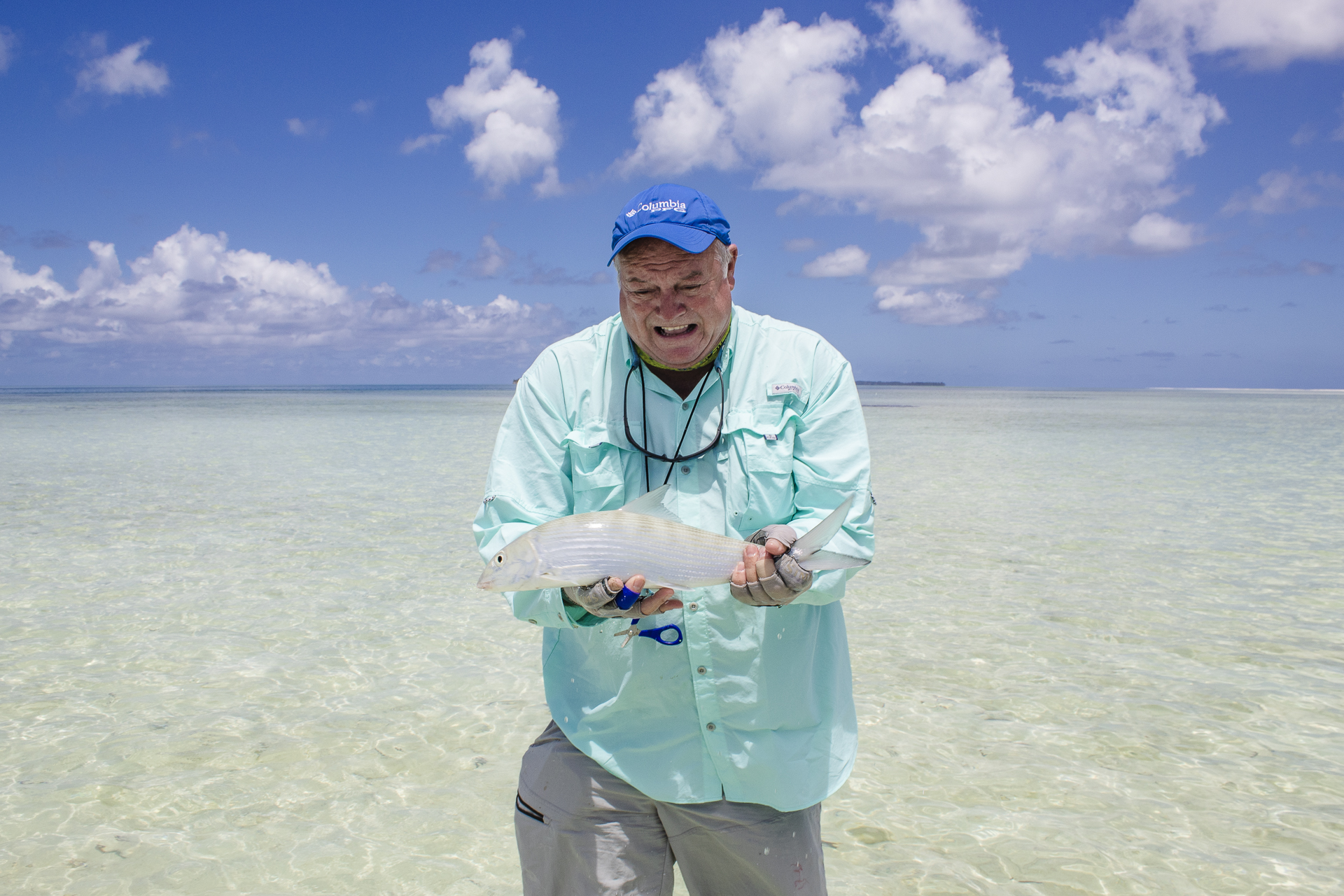 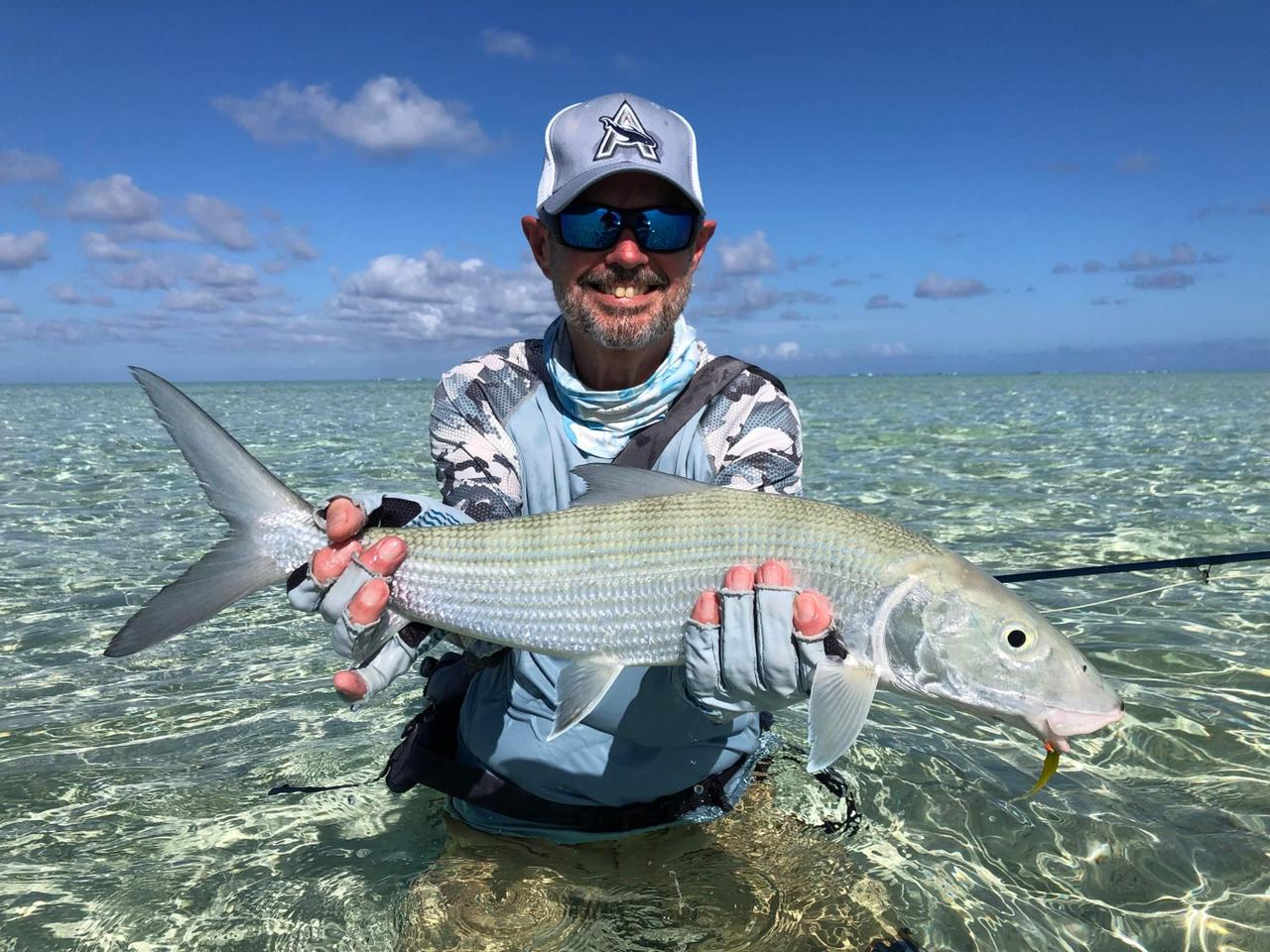 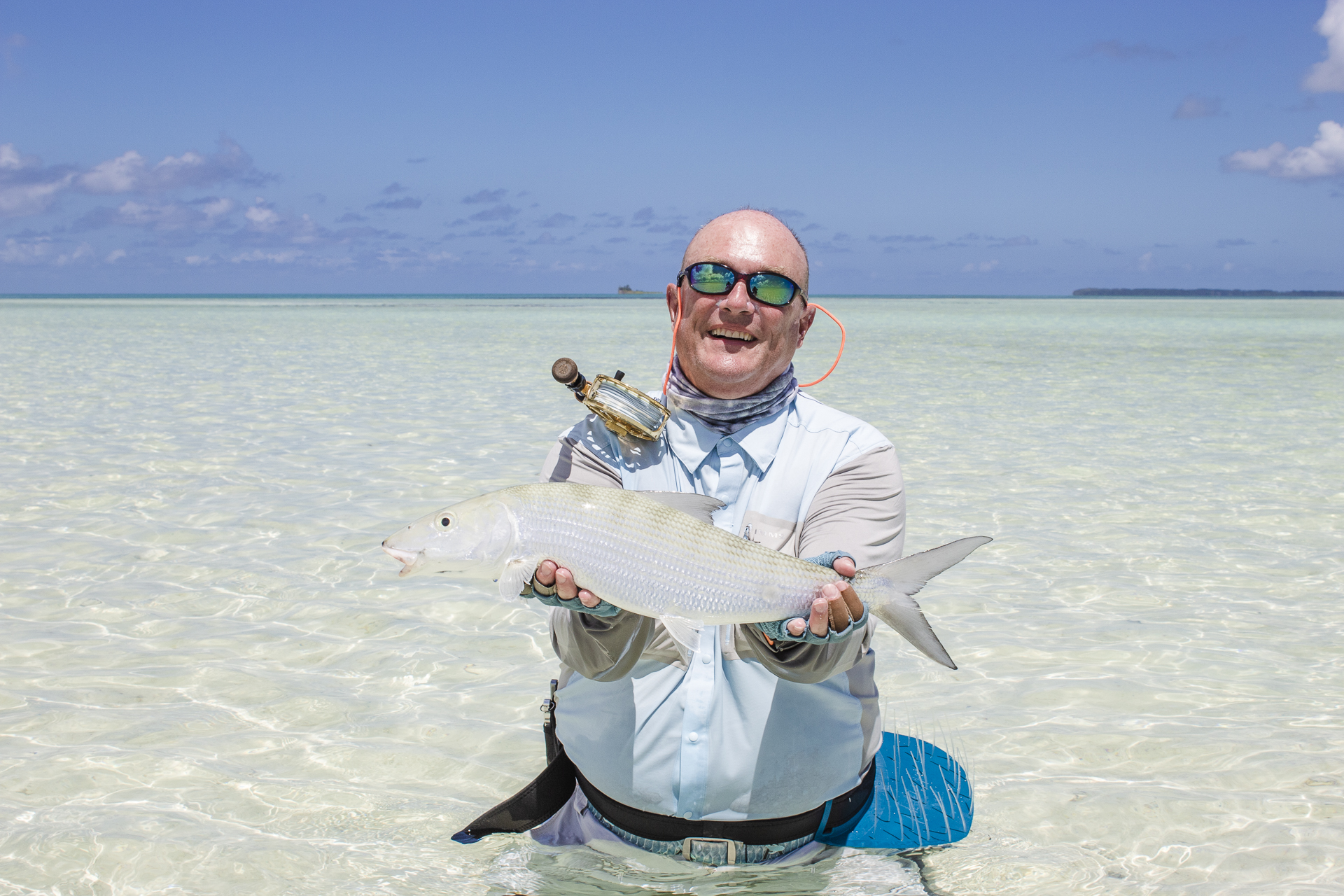 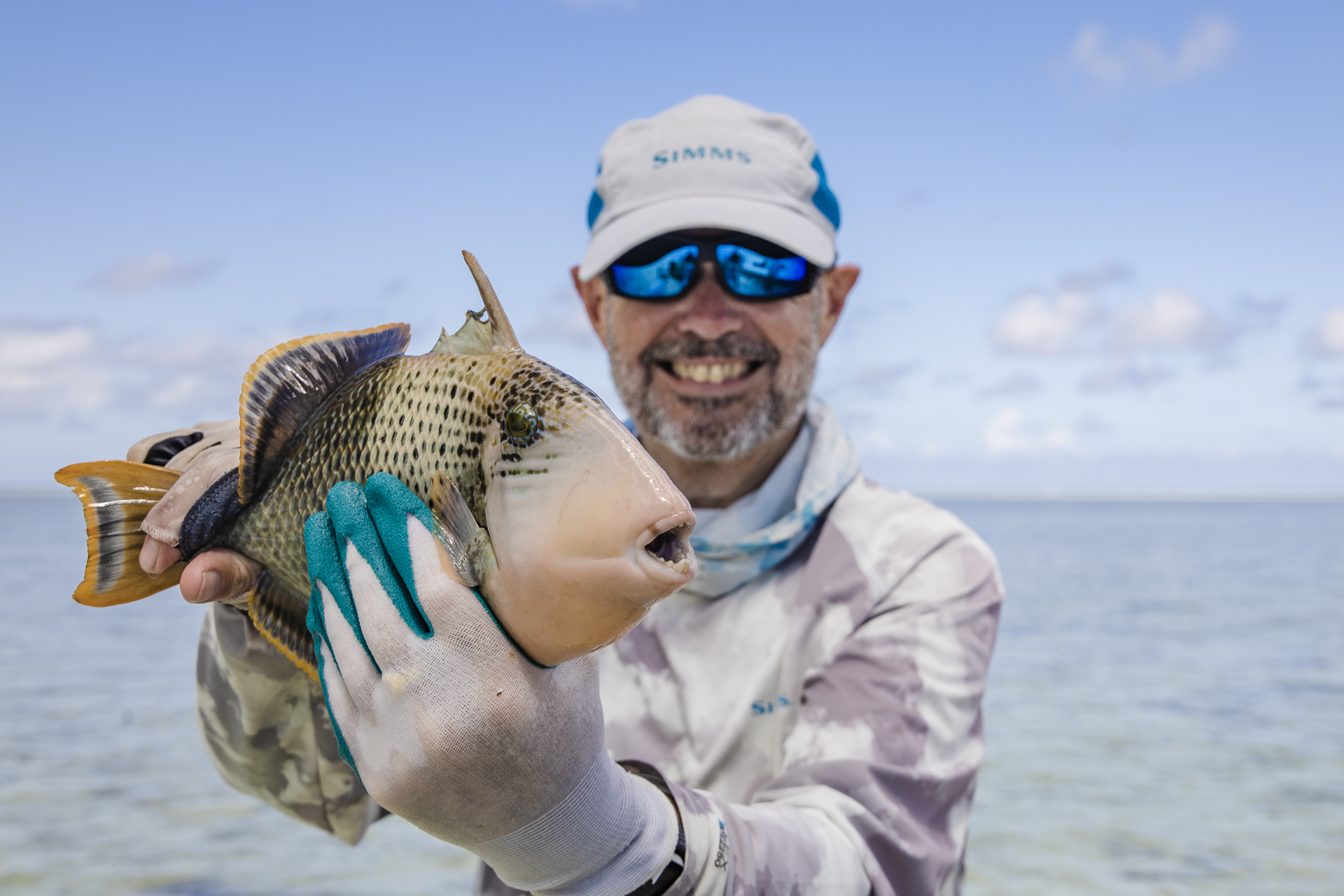