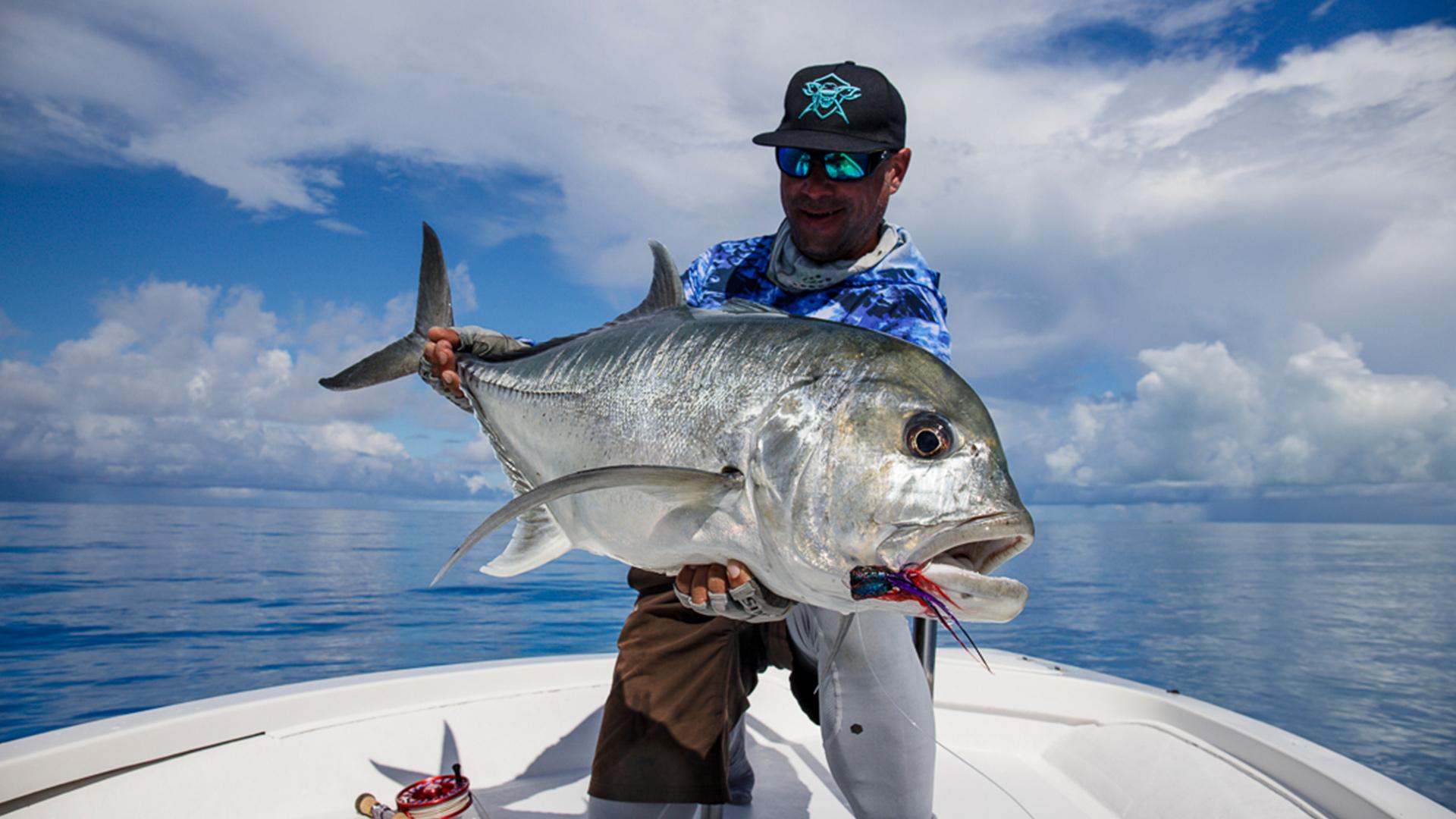 Another awesome week of flats fishing has come to an end. Weather conditions were mostly sunny with very little wind. Tides started off in the neap tides with the difference increasing towards the spring tides at the end of the week. 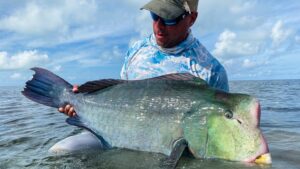 A healthy total of nine giant trevally were brought to hand this week, three of which were landed by Jaron Simon on the flats. Peter Jenkins, Jim Mossop and Darren Hanifl all managed to tick the GT box, all landing their first GT on fly. Mike Lee landed two GT’s within the last couple hours of the last day, the biggest of which was a solid 95 cm. Darren also managed to get yet another GT on the final fishing day.

The rods continued to bend, with 29 bonefish being landed between the team. Jaron and Peter were both lucky enough to get their hands on some gold, landing their first of hopefully many Indo-Pacific permit. The bumpy’s were definitely around this week and a lot of time was spent targeting them within the group. A handful of fish were hooked but only two landed by Mike and father in law Paul Hanifl.

The triggerfish were out and about towards the end of the week. Boat partners William Seaman and Peter had an epic session on their final day landing three triggerfish between the two of them. Bob Hanifl and Jim both landed their first triggerfish on fly.

On the bluewater side of things, three of our anglers managed to complete their “Bills and Bones” slam this week with Darren, Mike and Jim all successfully landing a sailfish and a bonefish on the same day. Bob landed the only wahoo for the week whilst teasing for sails. 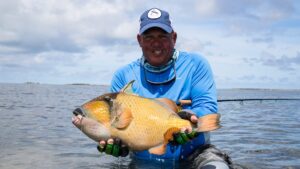