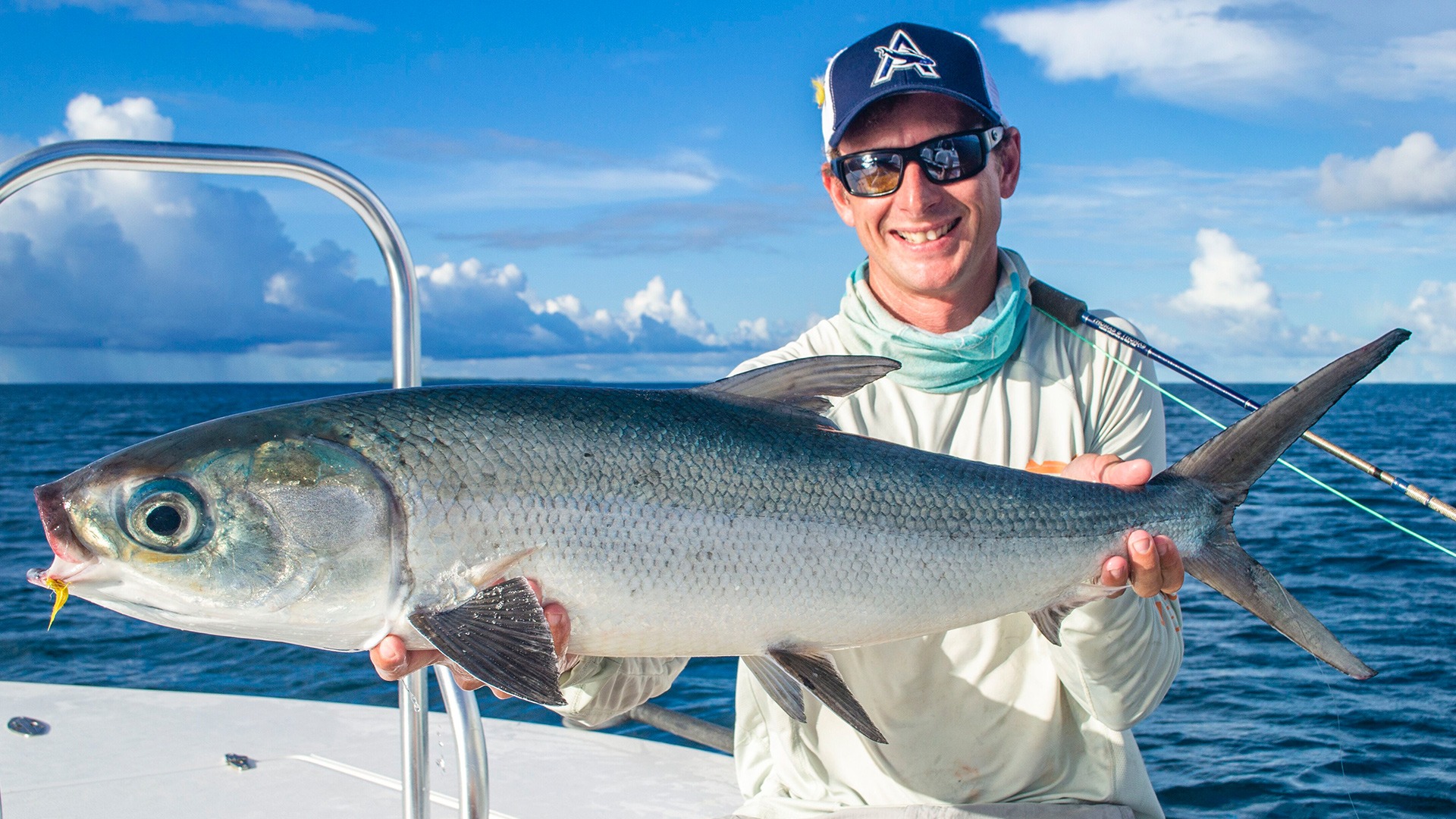 From a tropical cyclone last week to the most perfect weather the Seychelles has to offer this week, anglers were extremely lucky to experience amazing conditions throughout the entire week. The wind turned to a light westerly which brought with it calm waters and amazing catches. The good conditions brought the milkfish to the surface allowing anglers to make shots throughout the week.

The weeks bonefishing was brilliant as always. Anglers managed to land a total of 366 bonefish. The biggest bonefish of the season was landed by Marcel Ditteich measuring a whopping 69 cm.

Day one was a brilliant day for all anglers. Andrew Cadman managed to catch the fish of a lifetime, a 66 cm permit. Mark Holme and Colin Kingsnorth landed one GT each. Two sailfish were landed on fly by anglers on a bluewater mission. Another two GT’s were landed on day two by David Geer and Phillip Robarts.

Day six turned out to be the day for GT’s. James Haspel landed an 80 cm GT, Collin landed a fair-sized GT and the champion angler of the week Mark, managed to land three GT’s in one session which were extremely good catches. Many anglers made shots at milkfish throughout the week, Richard Moore almost landed a massive milkfish but unfortunately lost the fish at the boat after a one-hour long struggle and Paul Davidson landed a beautiful 90 cm milkfish on day six. Another three sailfish were landed by Jeff and Dale who were diverted to Alphonse due to bad weather on the Providance Atoll. 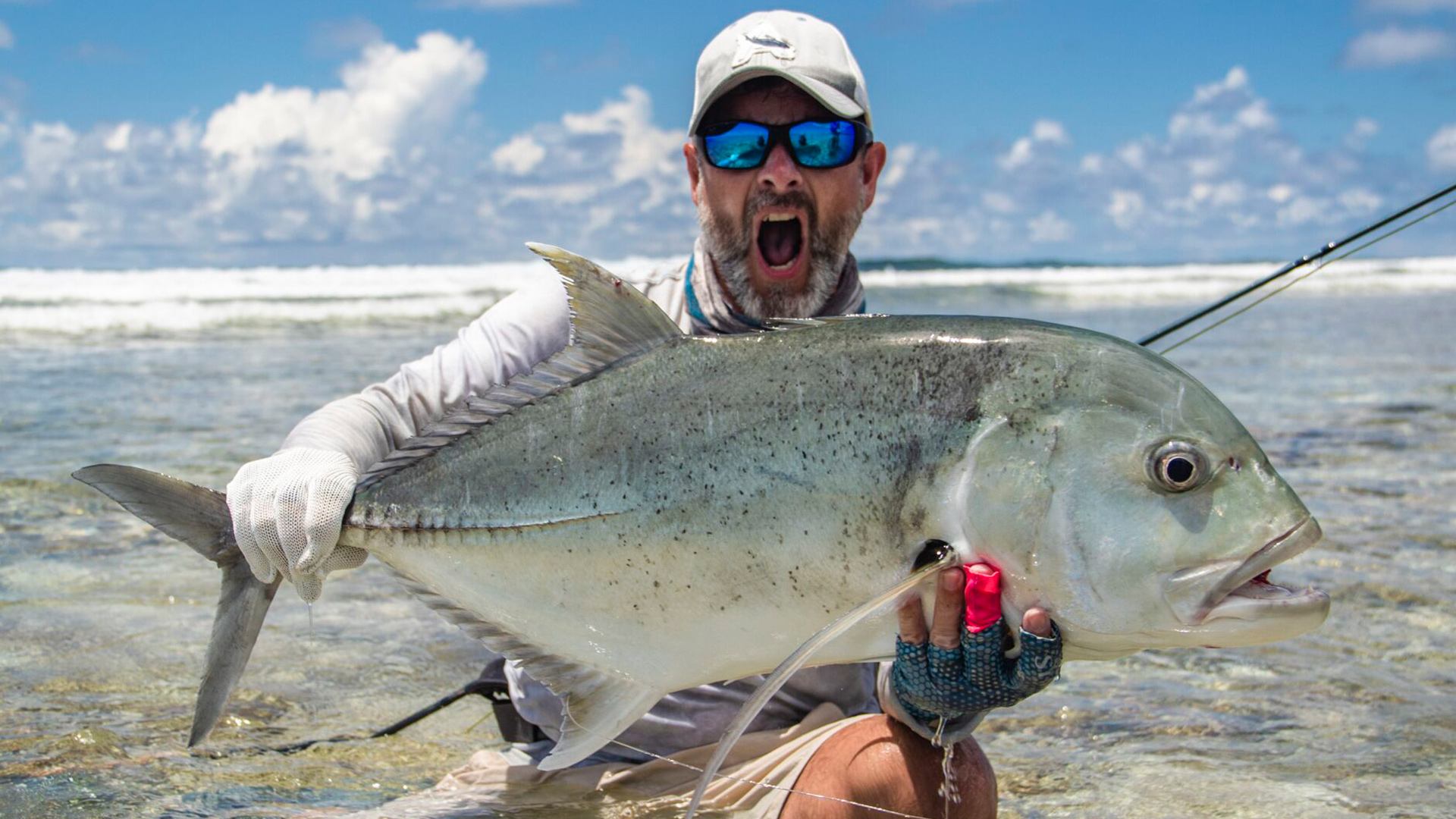 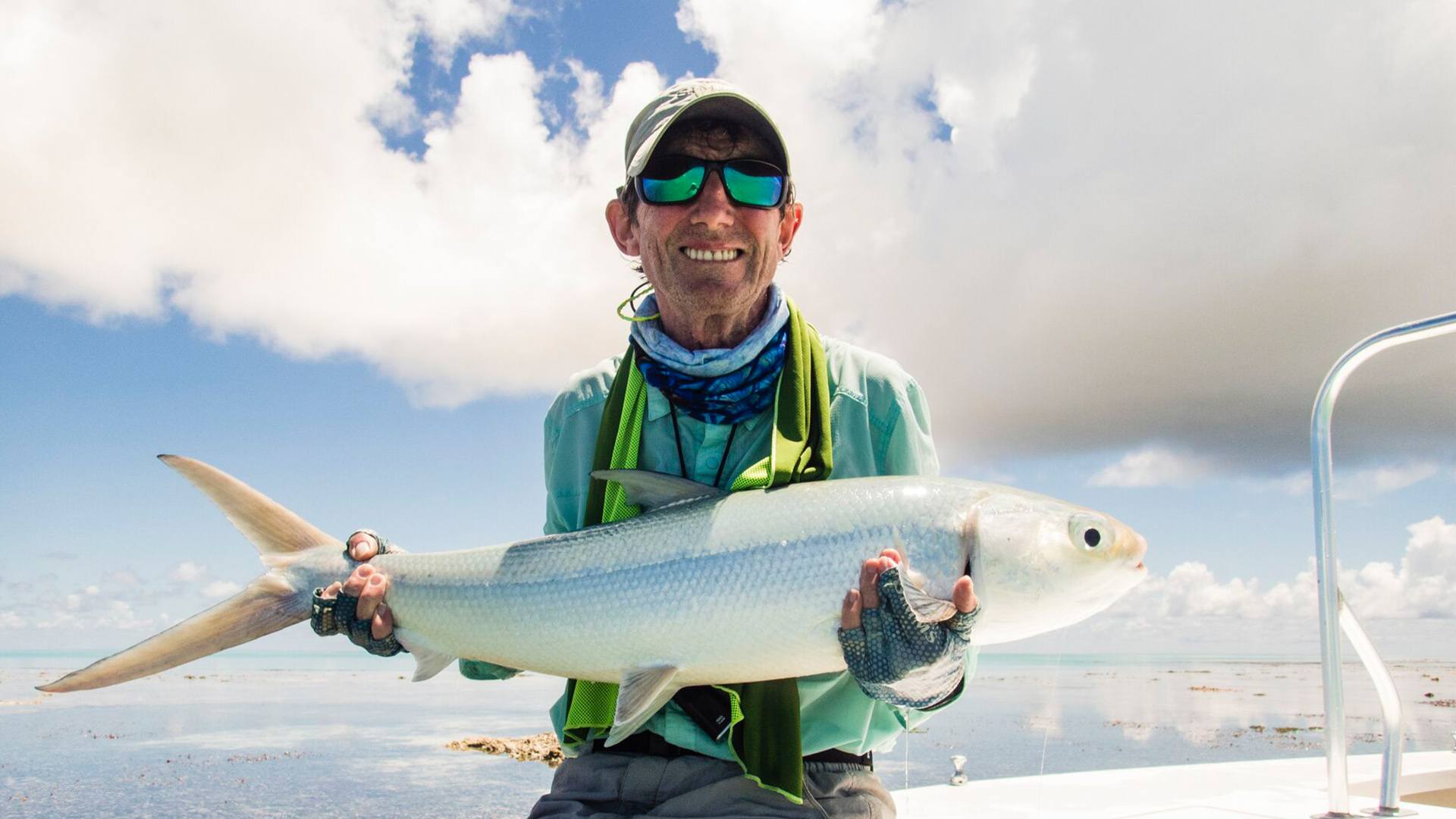 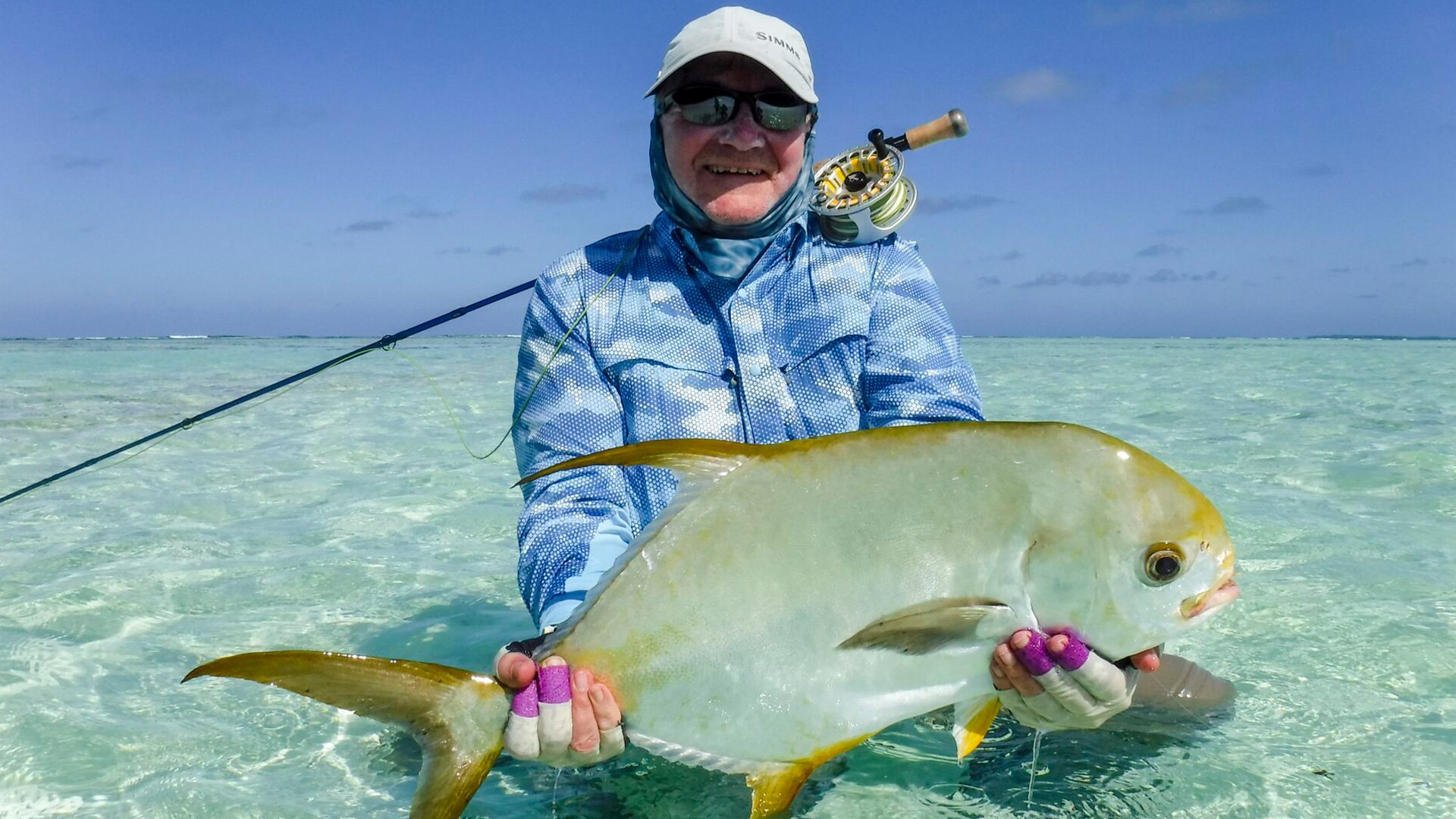 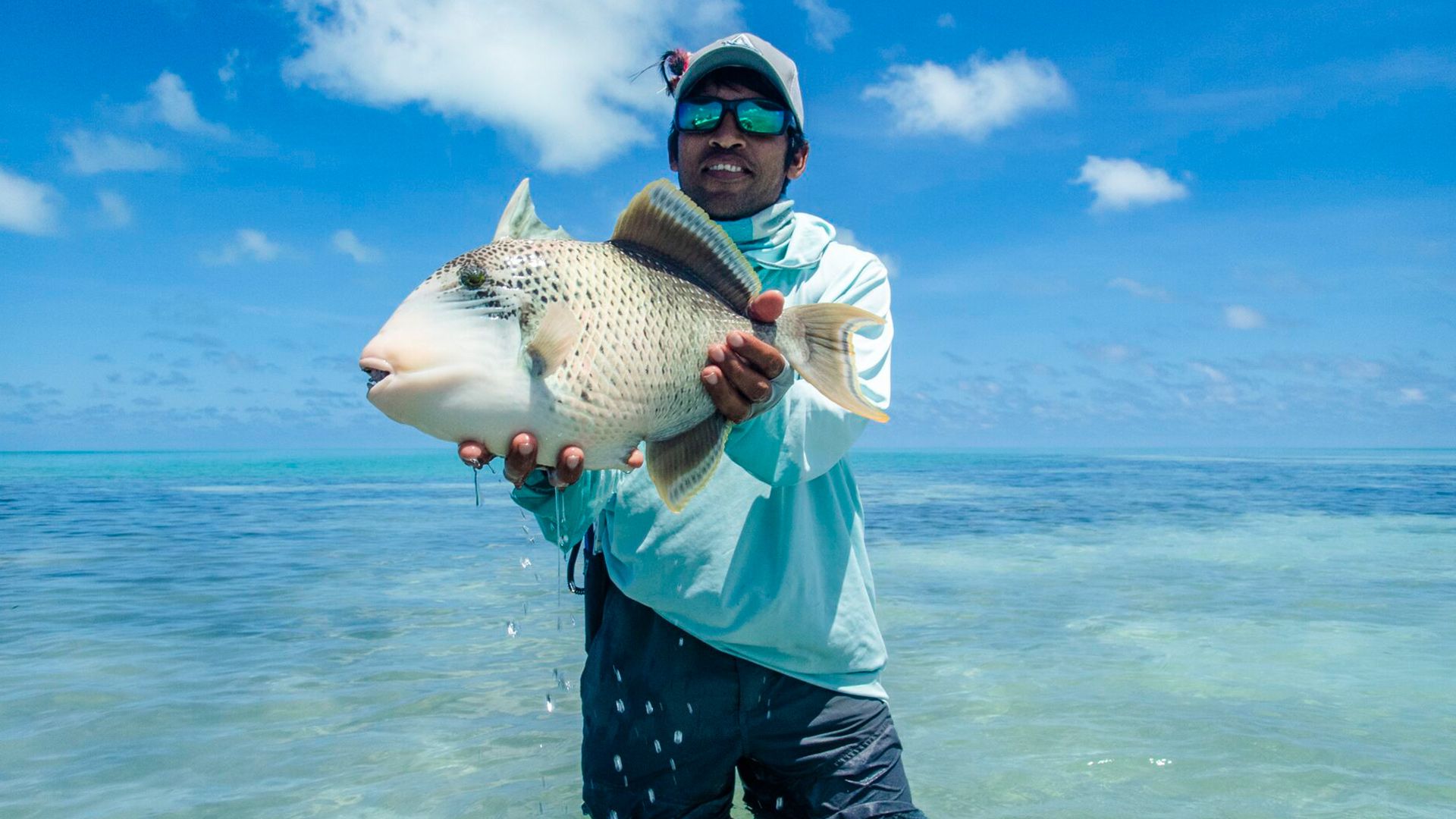 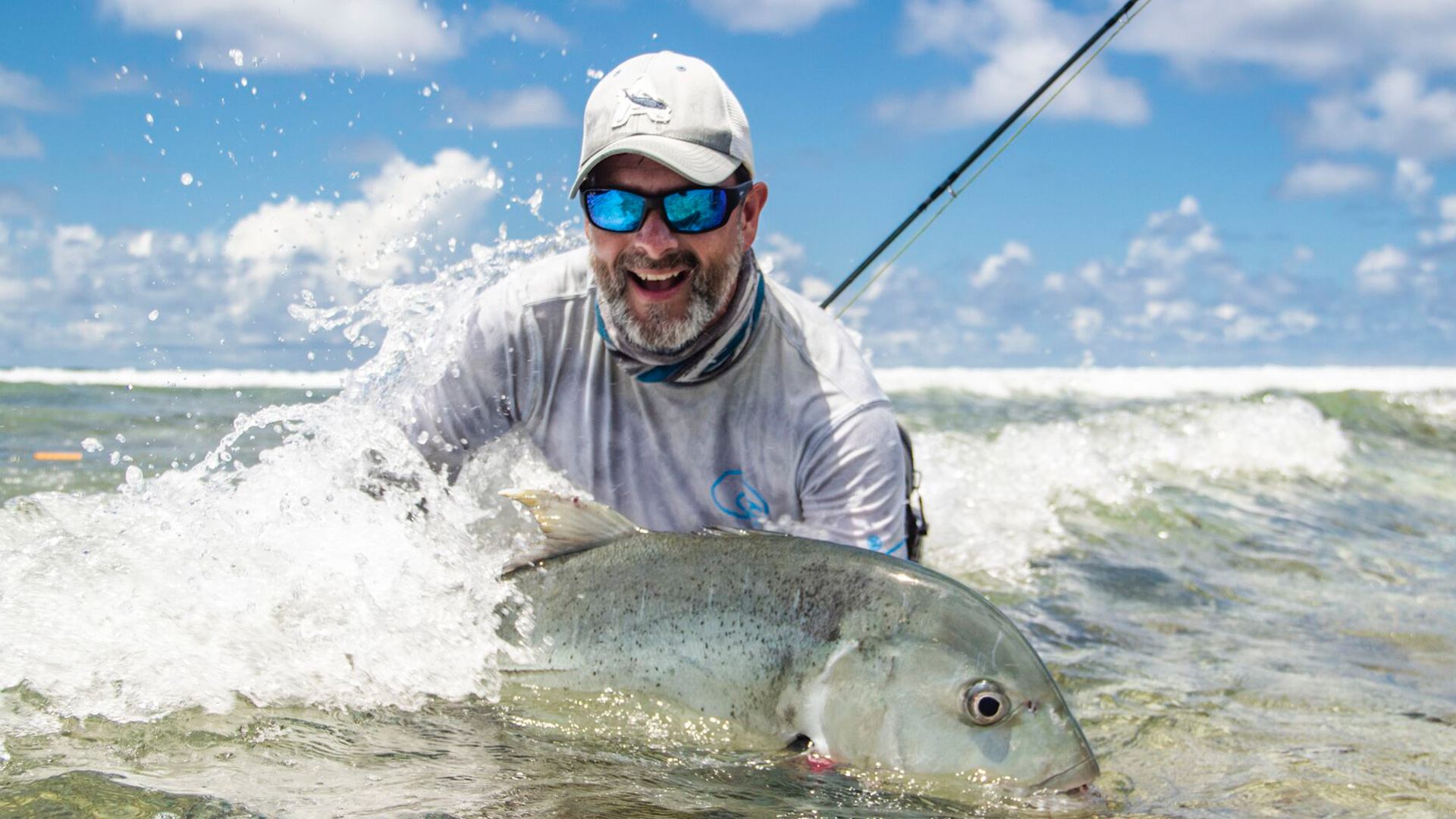 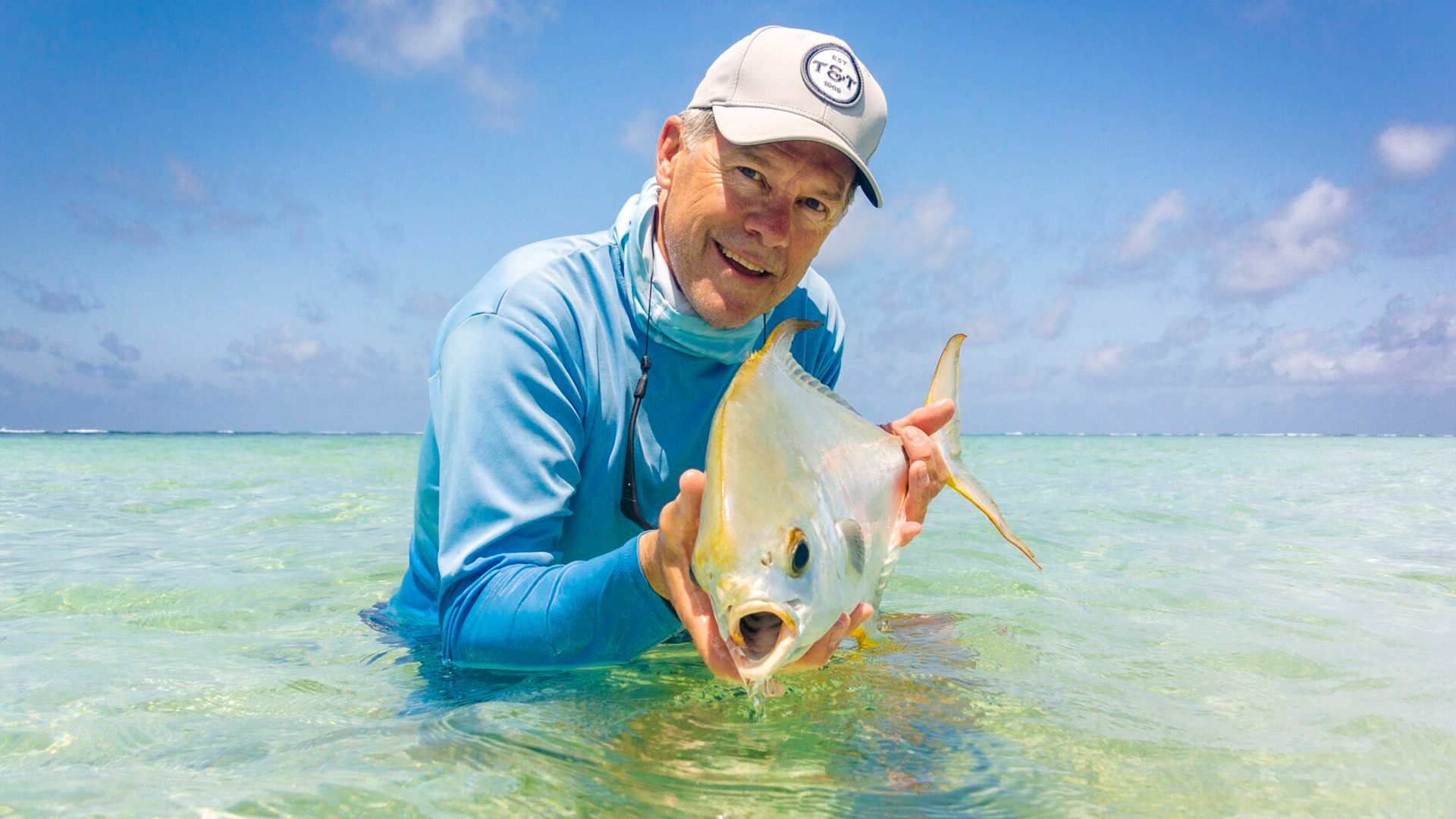