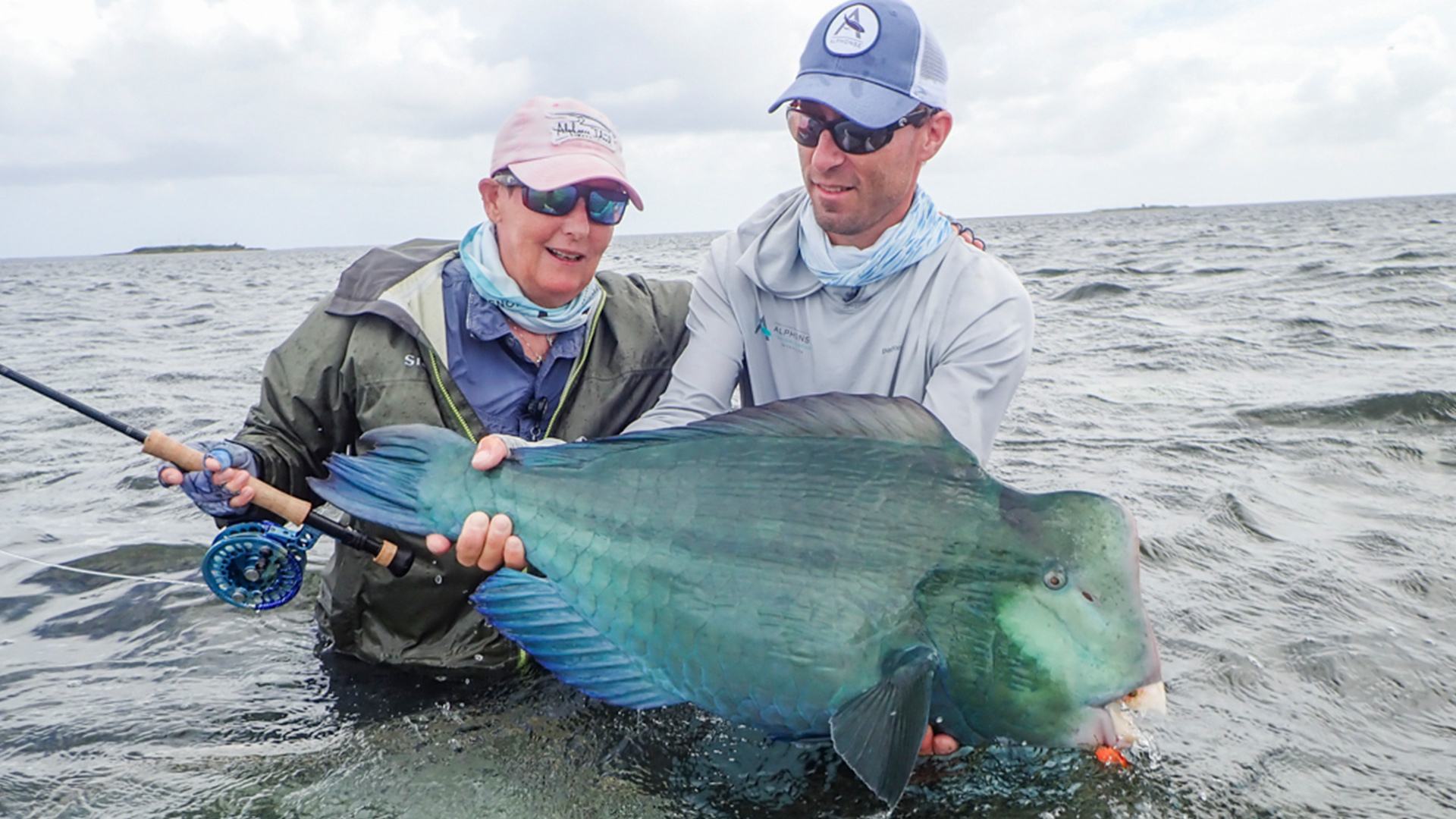 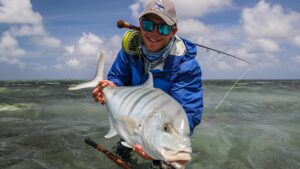 Another week of flats fishing has come to an end. Weather conditions this week were tough early in the week but ended on a good note. At the start of the week we had generally windy conditions with some cloud cover. The wind tapered off towards the end of the week and the last day was absolutely perfect.

Tides this week started off in neap tides and moved toward full moon spring tides at the the end.

Seven GT‘s were caught this week with the largest fish, at 94 cm being landed by Andrew Jensen. Craig Jensen landed one GT, as did his brother Mark Jensen, and nephew Nick Jensen landed two. 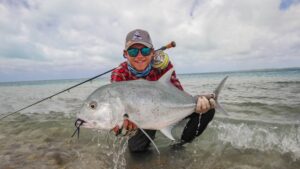 Nicks first fish was his first ever GT. Nick and Chantel Chone landed a nice golden trevally each. Alan Broomhead and George McRobbie each landed one GT each.

Nick and his father Mark each landing bonefish of over 60 cm. Two bumpys were caught this week with Mark landing a huge 103 cm bumpy. Chantel also landed one bumpy. Two sailfish were landed this week, one by Alan and one by Andrew.

In our bluewater tally George McRobbie landed a yellowfin tuna and Genkel landed a wahoo.
Thanks to all our guests for the great week!