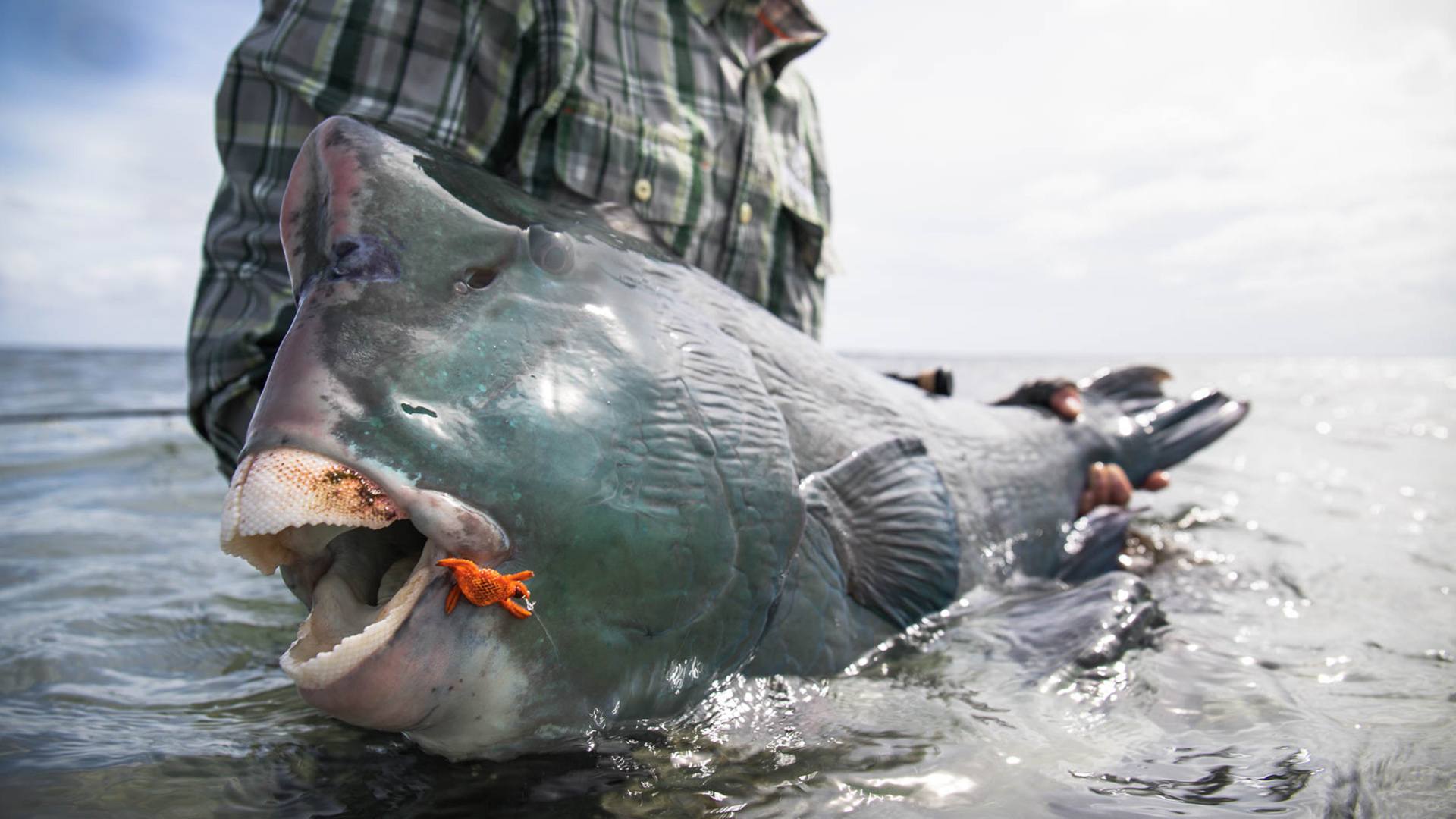 Anglers were greeted with inclement weather conditions for the opening two days of our 2020 season here on Farquhar, high winds and complete cloud cover made life tough for both guides and anglers.

Charlie, a regular on Farquhar did however manager to come up trumps on the opening day and landed the first GT of the season. Given the weather conditions, Mark from the USA managed an incredible feat on day two completing a flats slam with a bonefish having captured a GT and bumphead parrotfish earlier in the day.

Clear skies and a reduction in wind speed on day three gave our anglers a much better perspective on what the Atoll has to offer, and fish encounters increased exponentially. Steve S, from Canada, capitalized on the opportunity and landed his first GT ever early in the morning, a monster measuring 107 cm. He proceeded to land three more by the days end and he finished the week as our GT champion.

High quantities of GT were also seen the following day allowing Jesse to open his GT account on a large group of fish tailing close to Diposé Island, while Steve M managed to do the same on a smaller group further south.

GT champion Steve finished his week with a moustache triggerfish on the second last day. Our final day of the week was unfortunately destroyed by high wind, heavy rain and thunderstorms which only allowed us to safely access the flats at 14h00.

Weather conditions were certainly a limiting factor this week, but we are quite excited about the coming weeks and hope for blues skies and clean water. 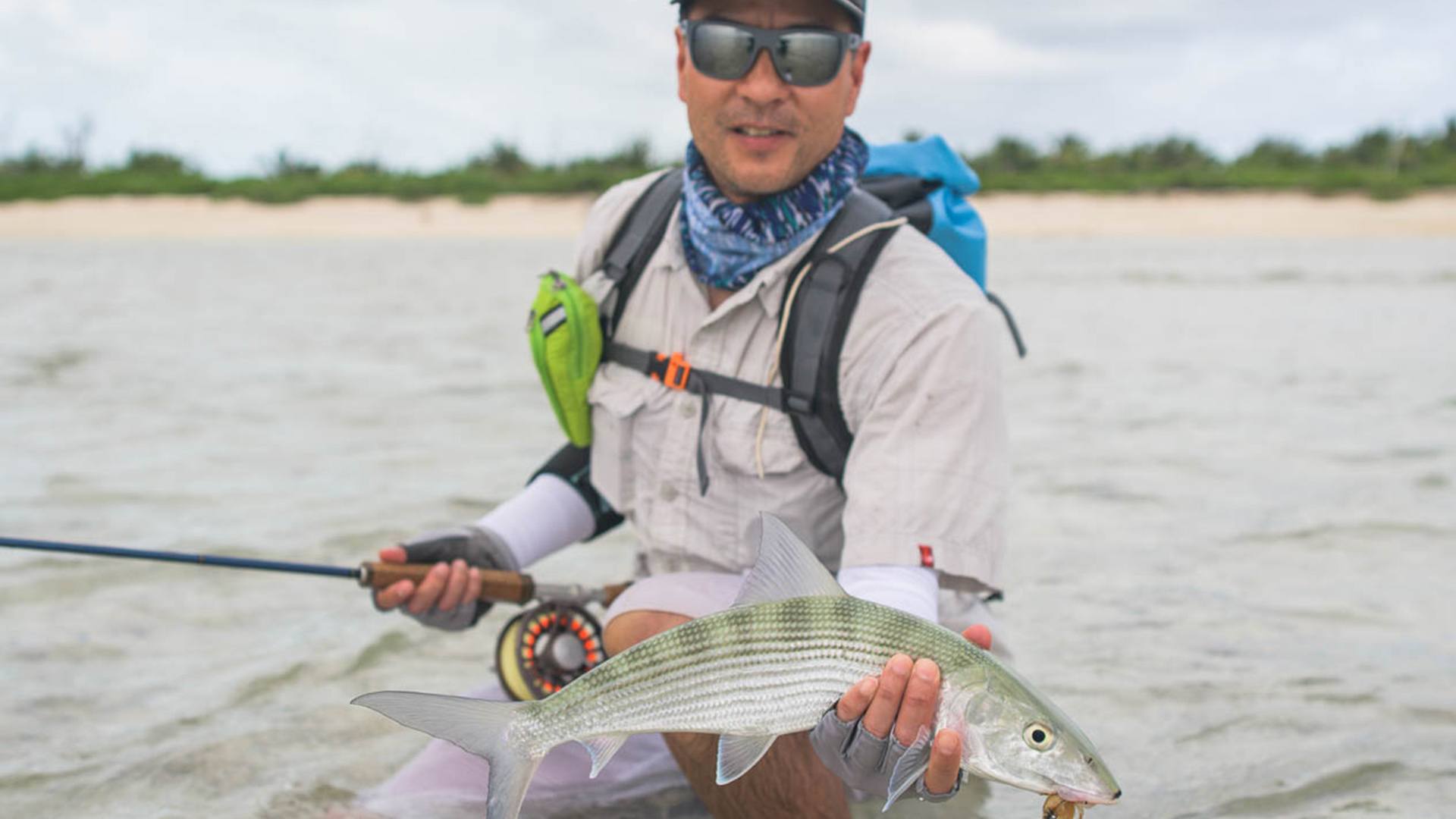 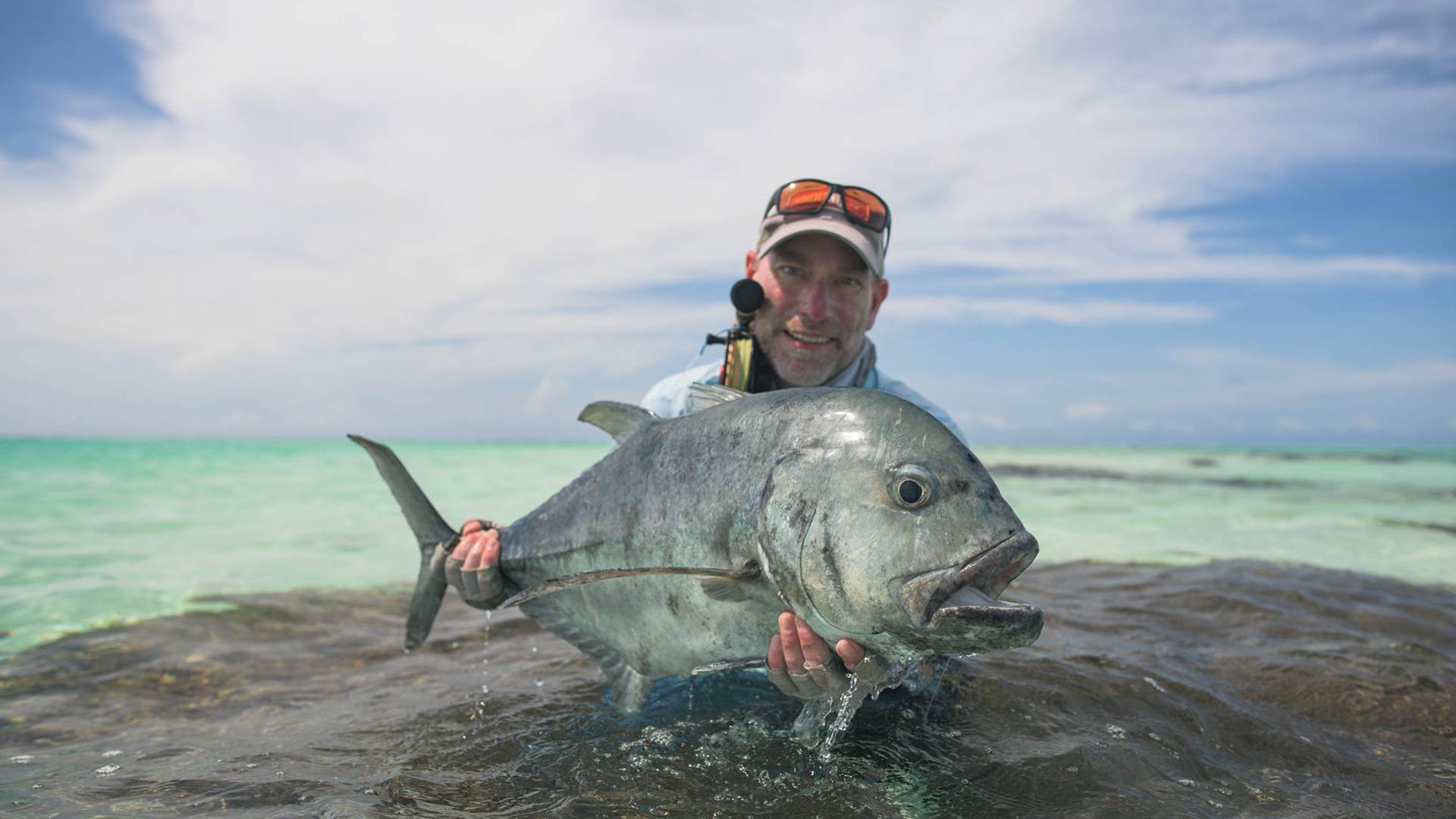 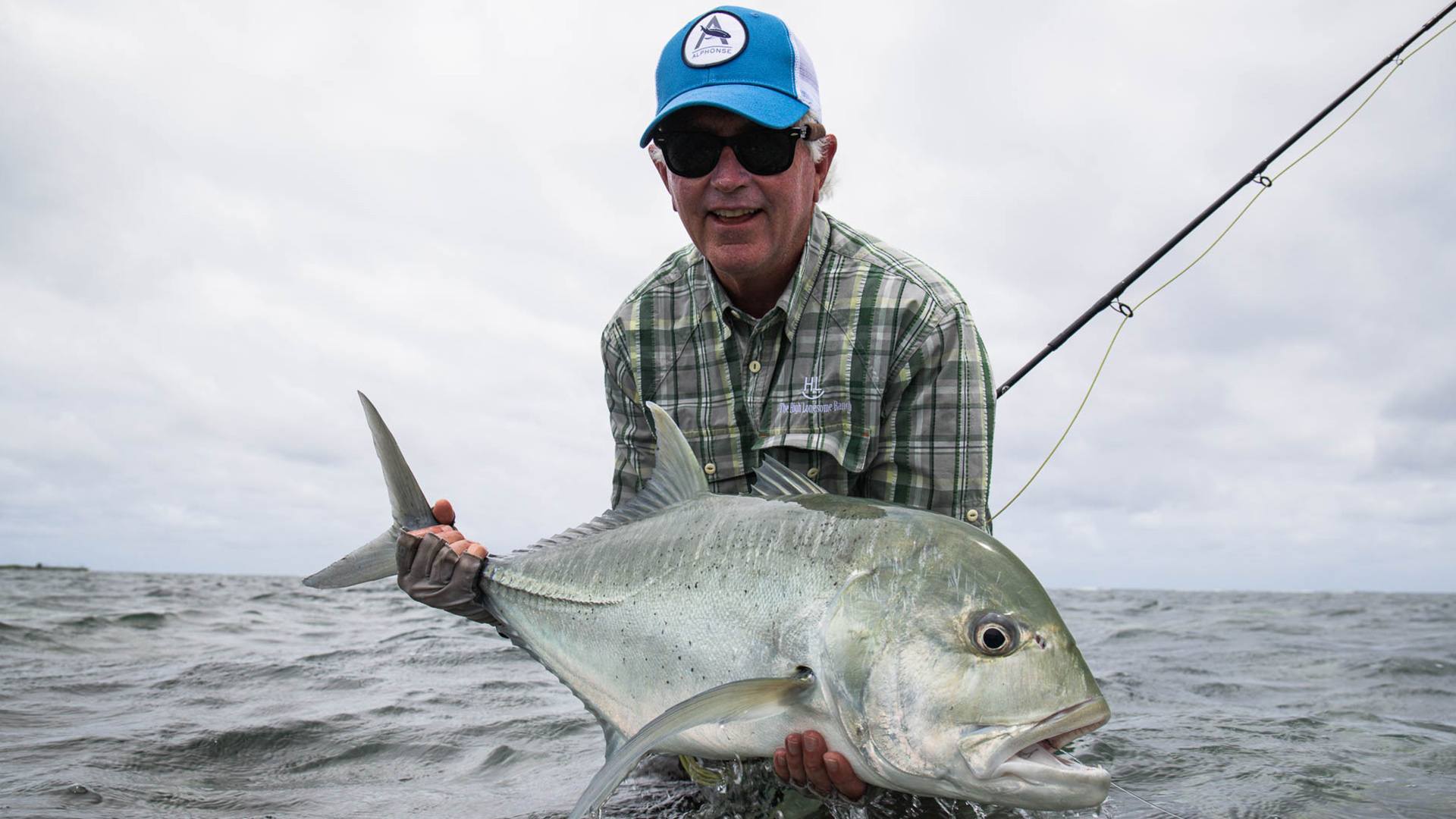 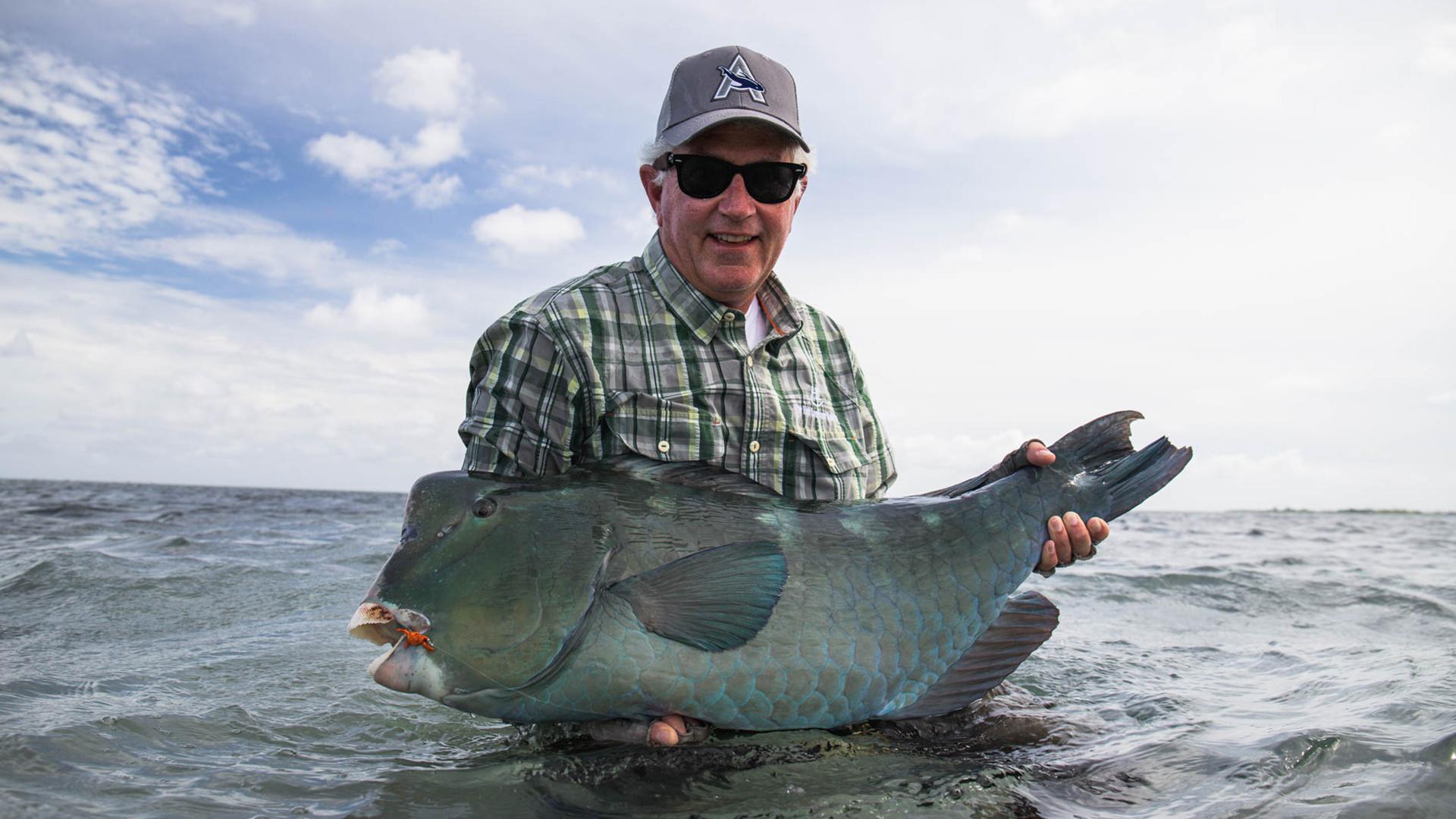 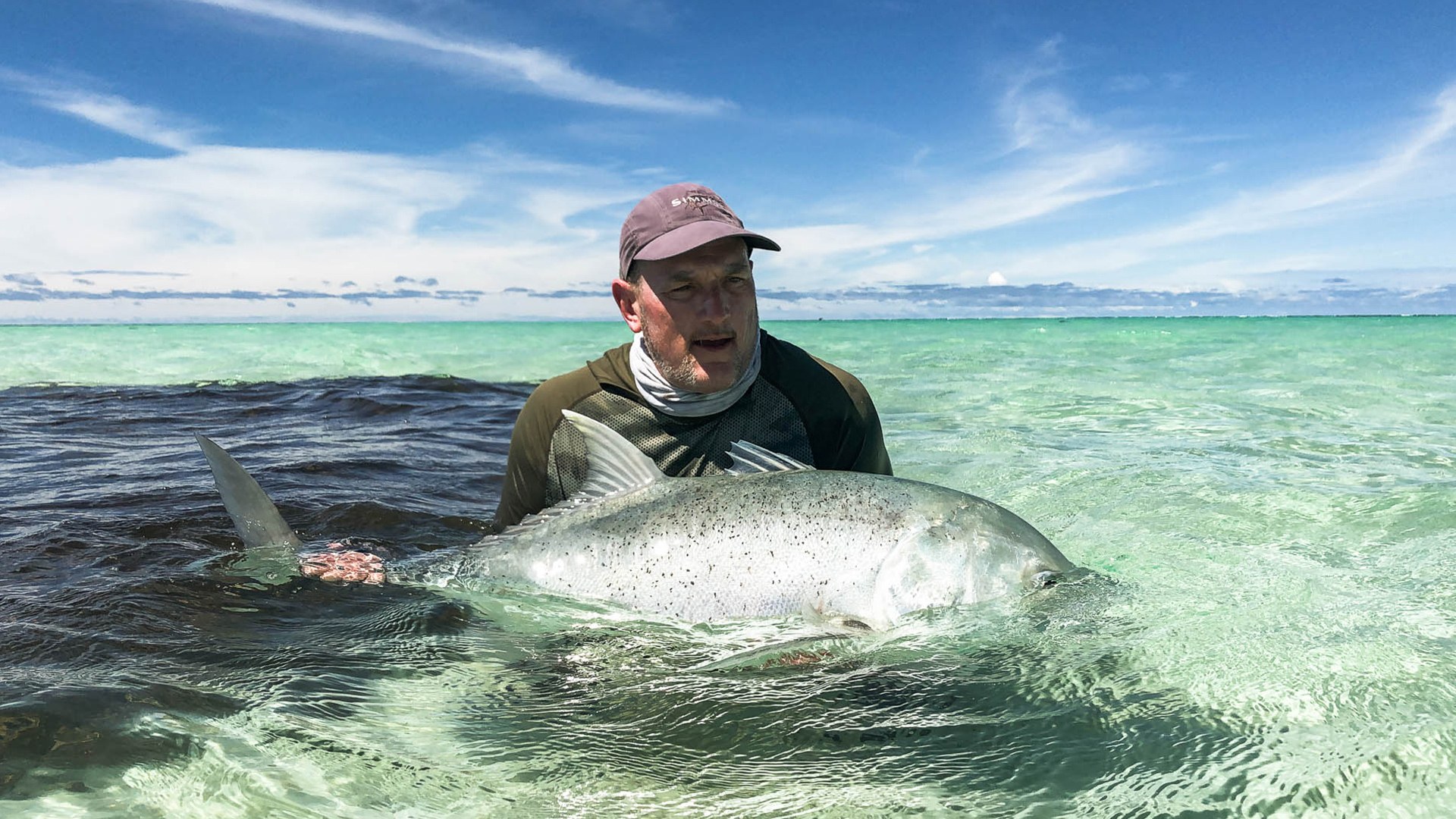 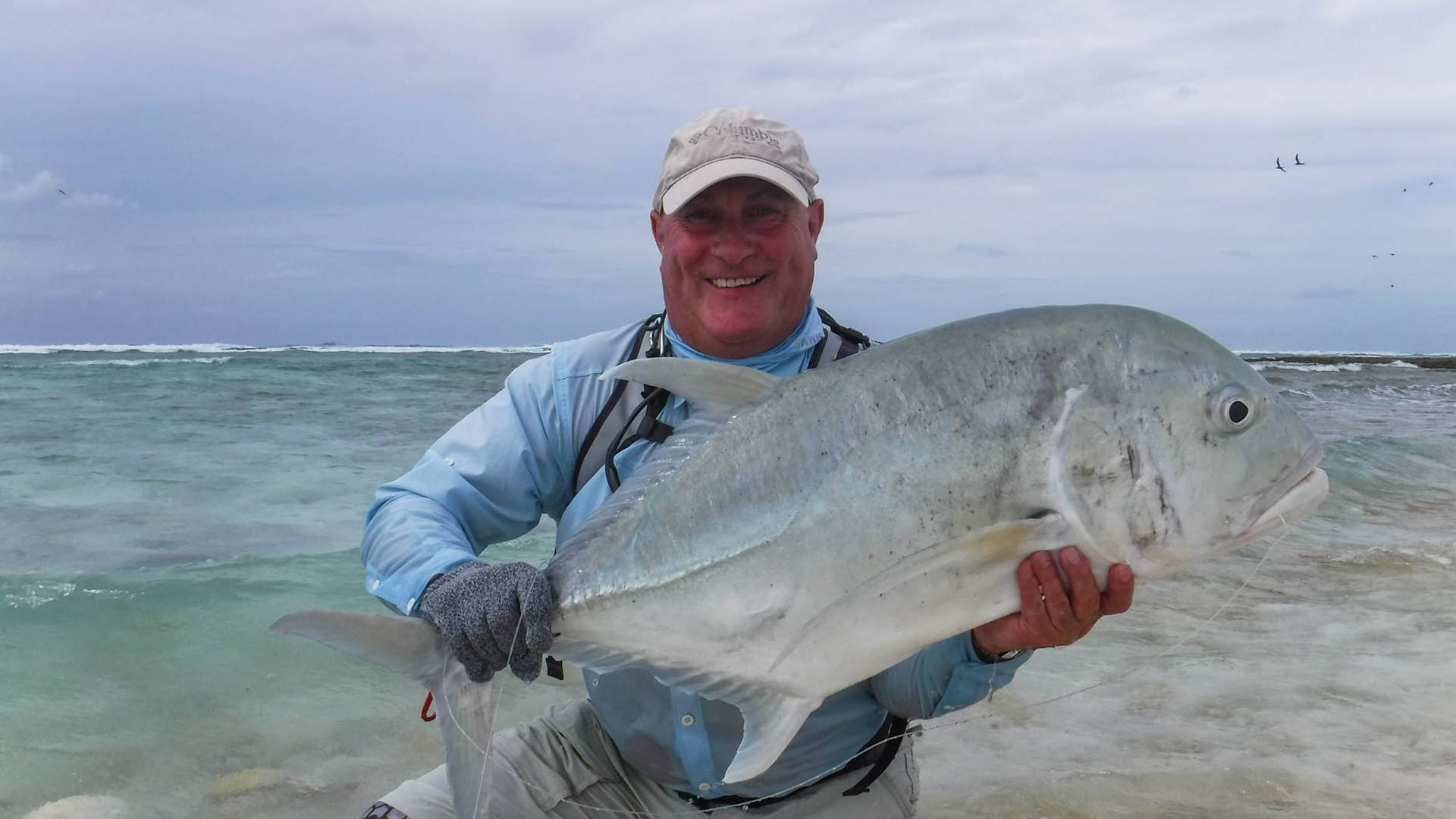