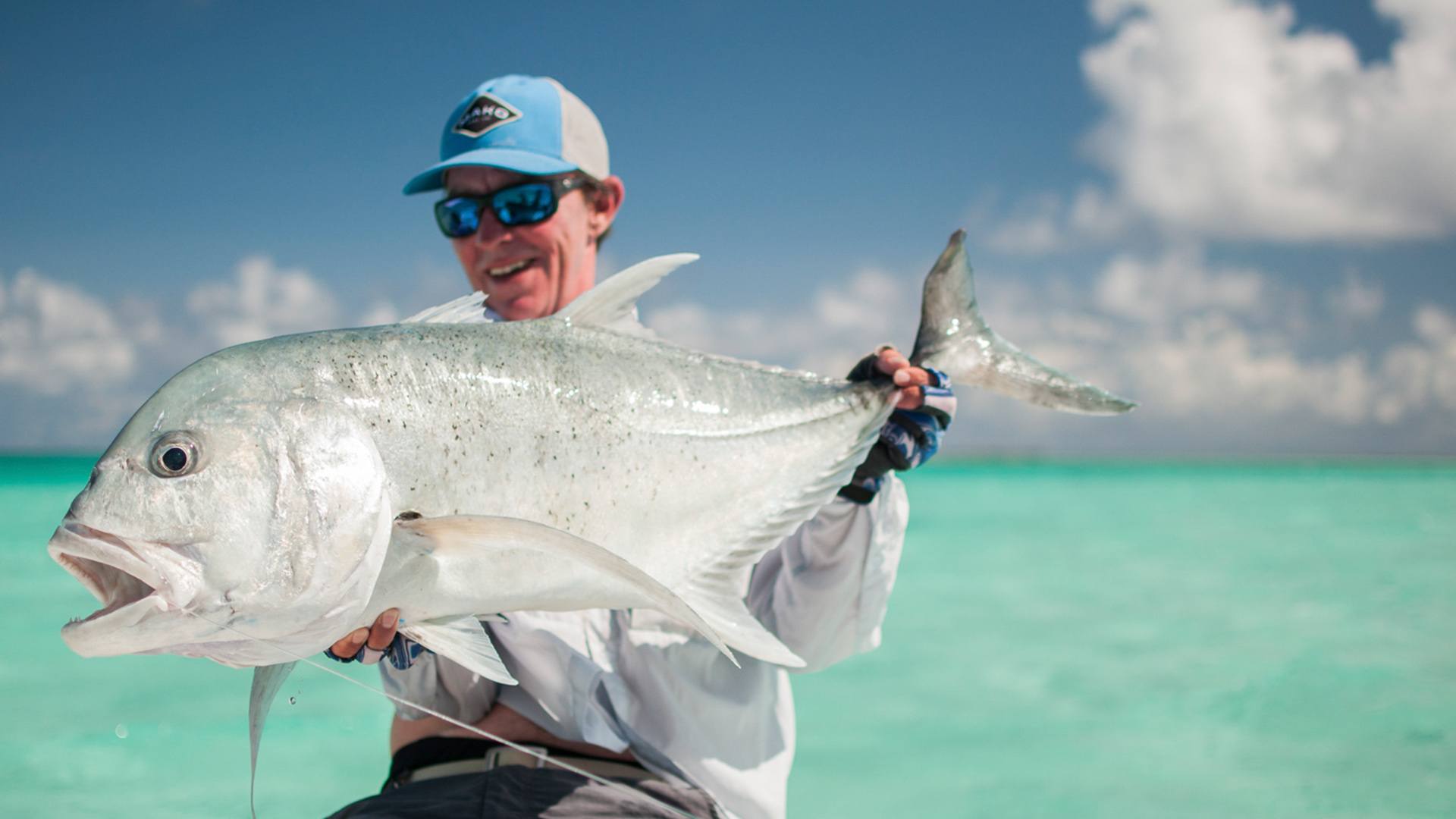 Week 16 of the Cosmoledo fishing season saw the return of many anglers back to the flats. Out of the 12 rods, only four were new to the Cosmo experience, namely Paul Styles, George Babikian, and Sam and Kate Gary. The familiar faces were Ben Pierce, Matt Naber, Justin McCarthy, Andy Suenram, Joe Wishcamper, Julie and Heggie Wilson and Shane Colton.

Sadly, conditions were not ideal, and the fishing was a little off beat however, there were still some great moments throughout the week.

Julie started off her triggerfish career with a bang after landing the new season’s best moustache triggerfish measure a staggering 57 cm.

George and Sam also managed there first triggers respectively. This was Paul’s first saltwater fishing trip so everything was his first. Apart from landing a few GT’s he was the bonefish champion.

Seychelles veteran, Justin had a solid week by landing the two biggest GT’s of the week, 93 cm and 90 cm, however, it was his 67 cm Indo-pacific permit that was the catch of the week.

When the flats were not working too well, Ben, Andy, and Shane enjoyed a morning on the bluewater boat where they had a lot fun. Shane hooked but sadly lost a Sailfish whilst Ben landed his biggest Wahoo on fly, weighing in at 18 kg / 40 lbs. 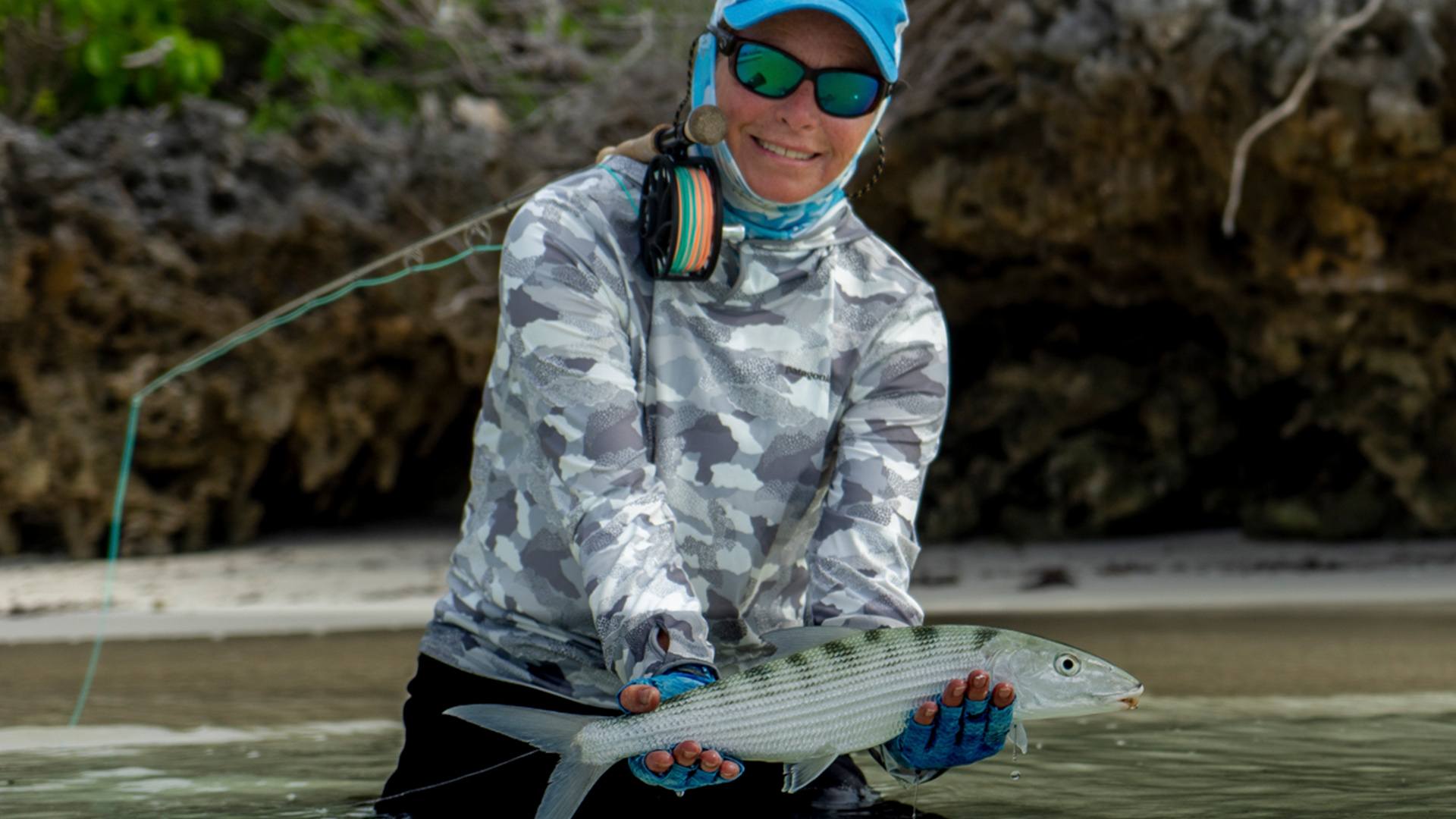 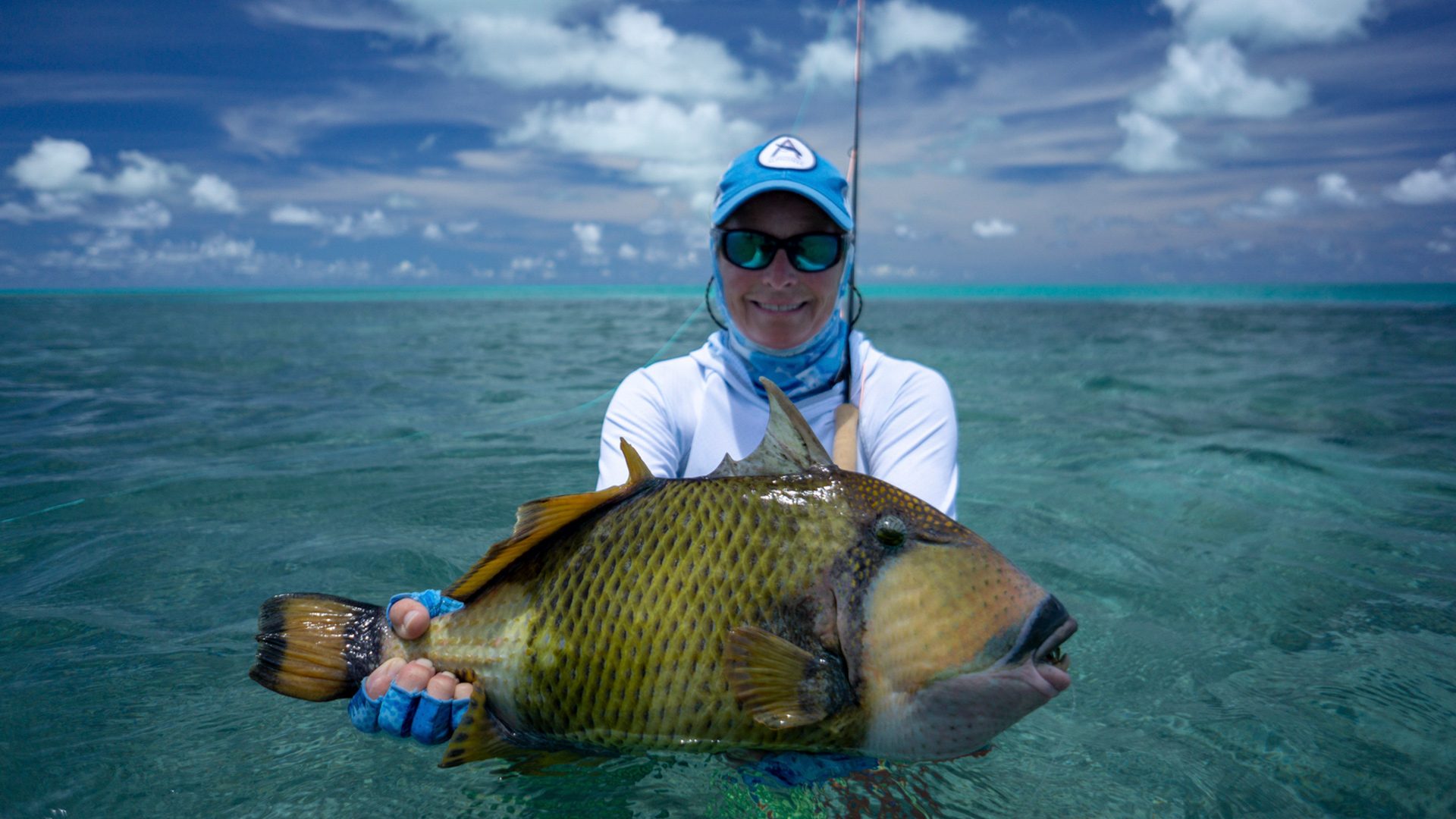 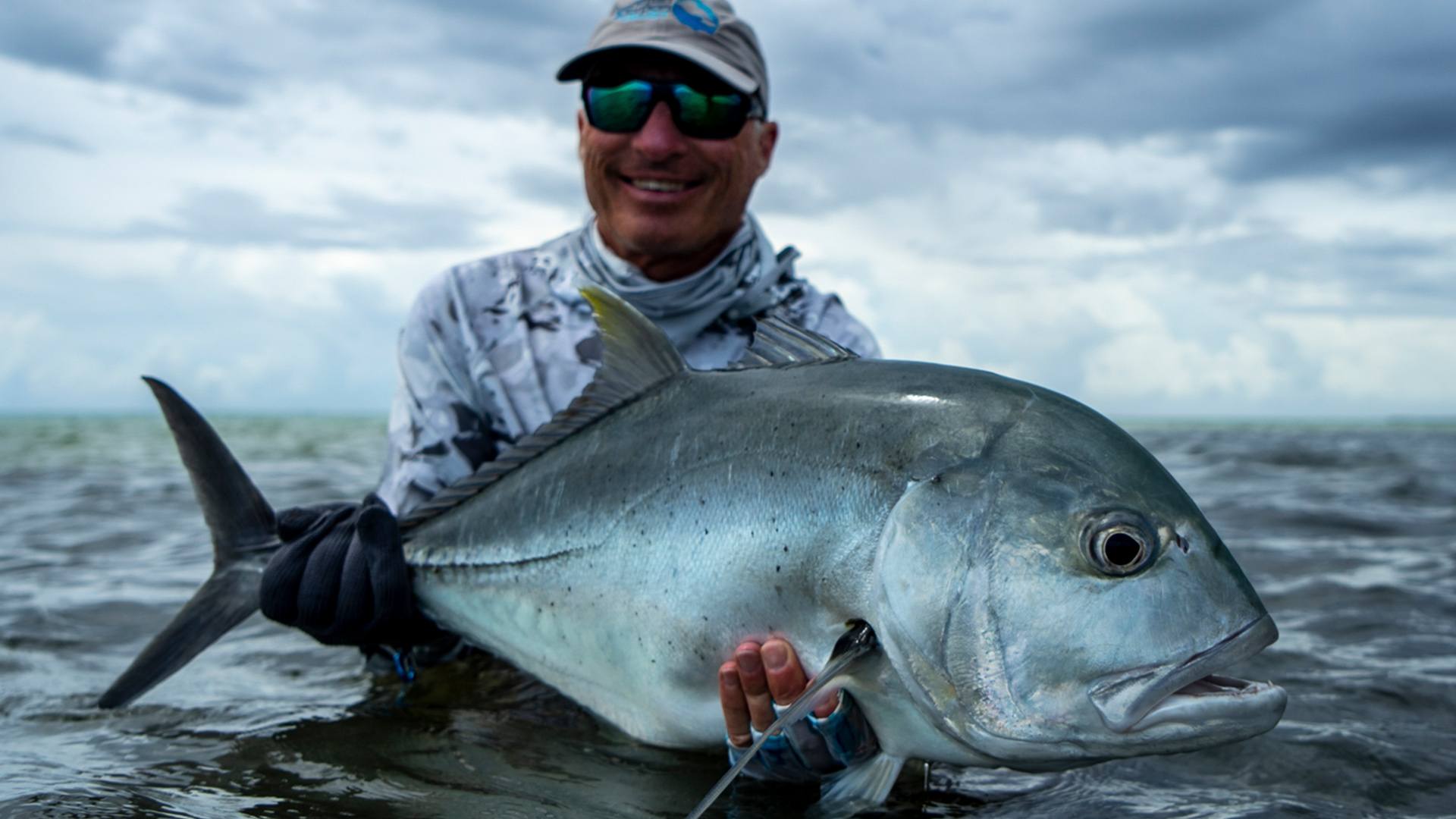 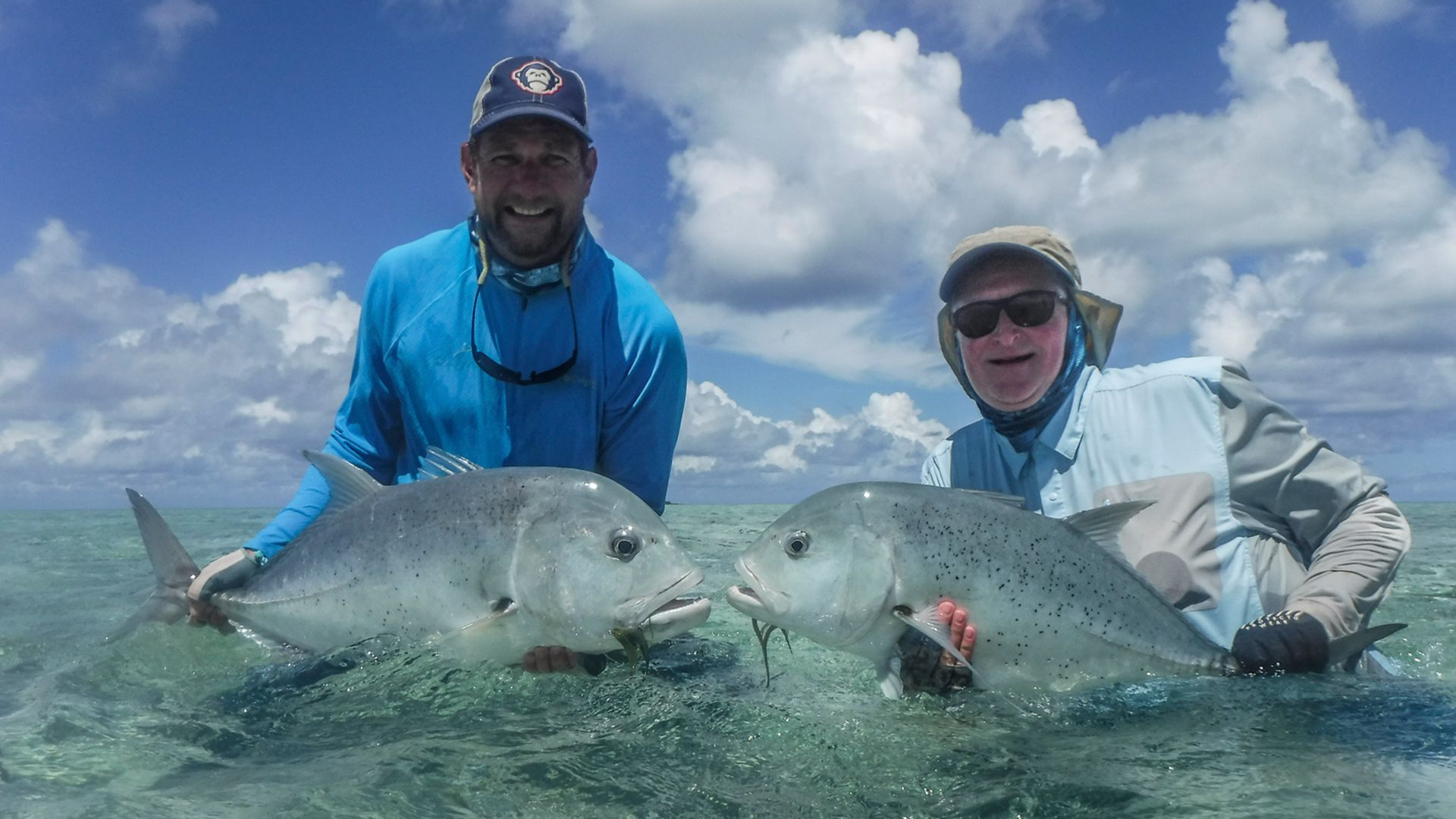 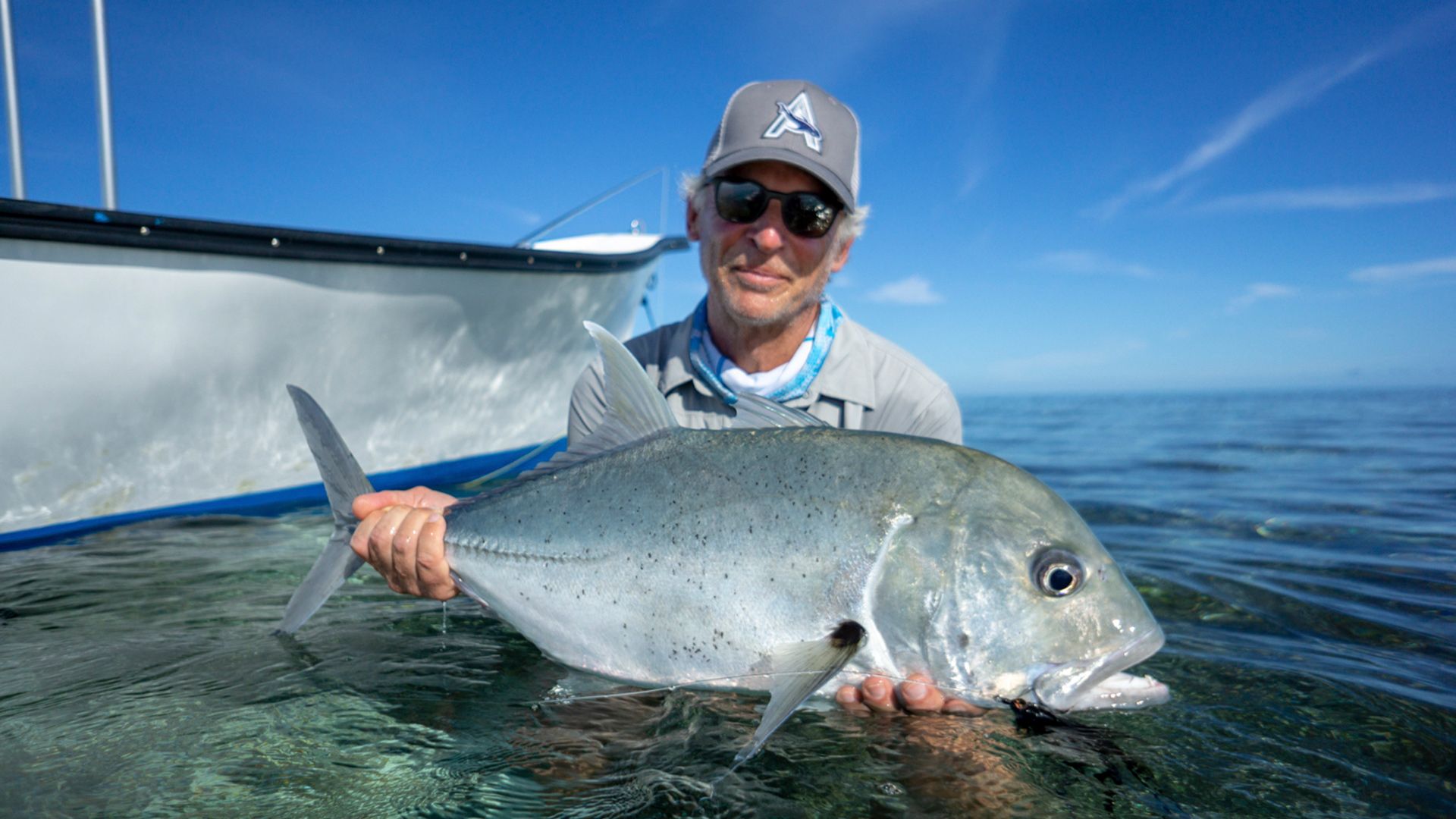 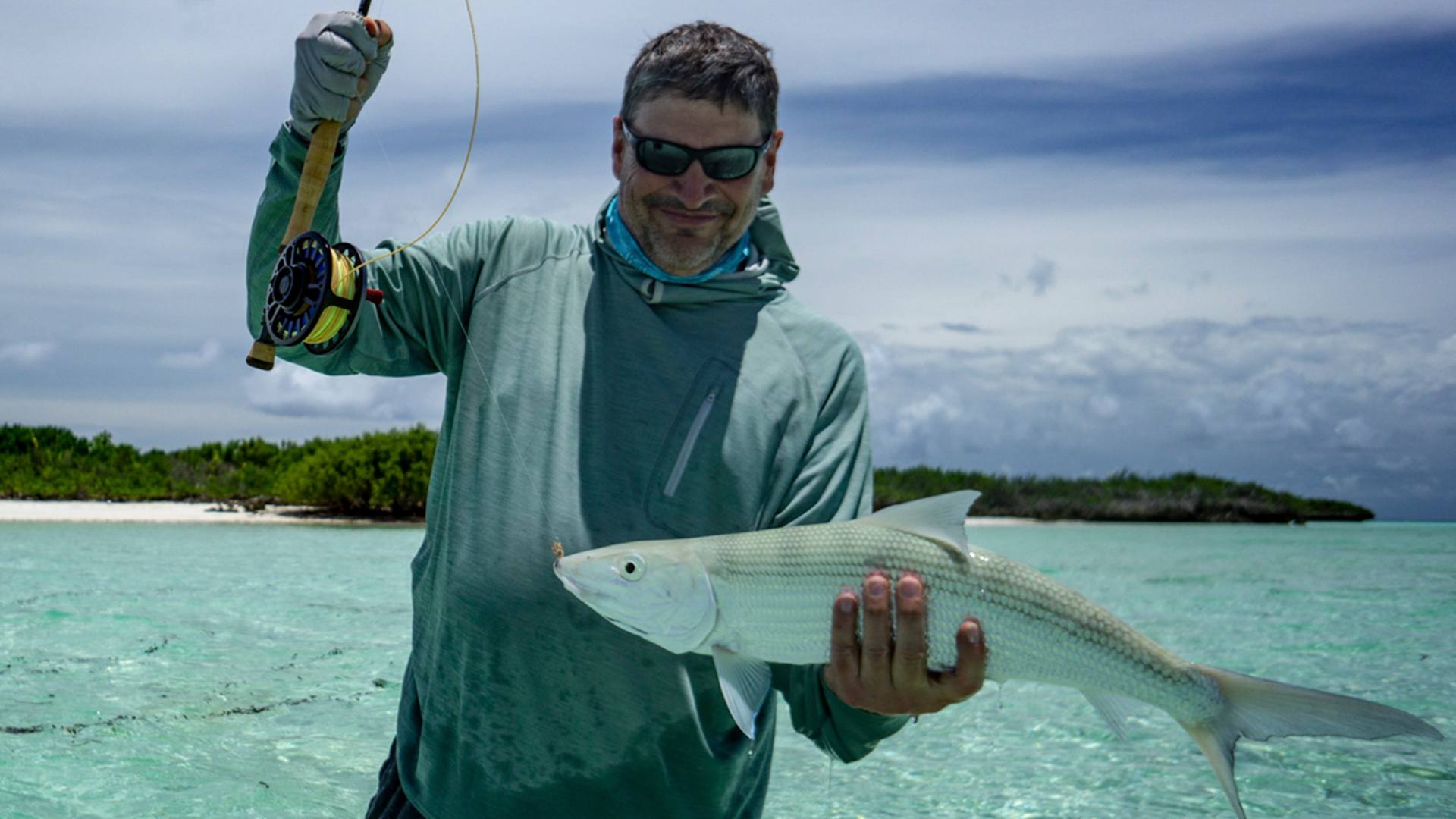