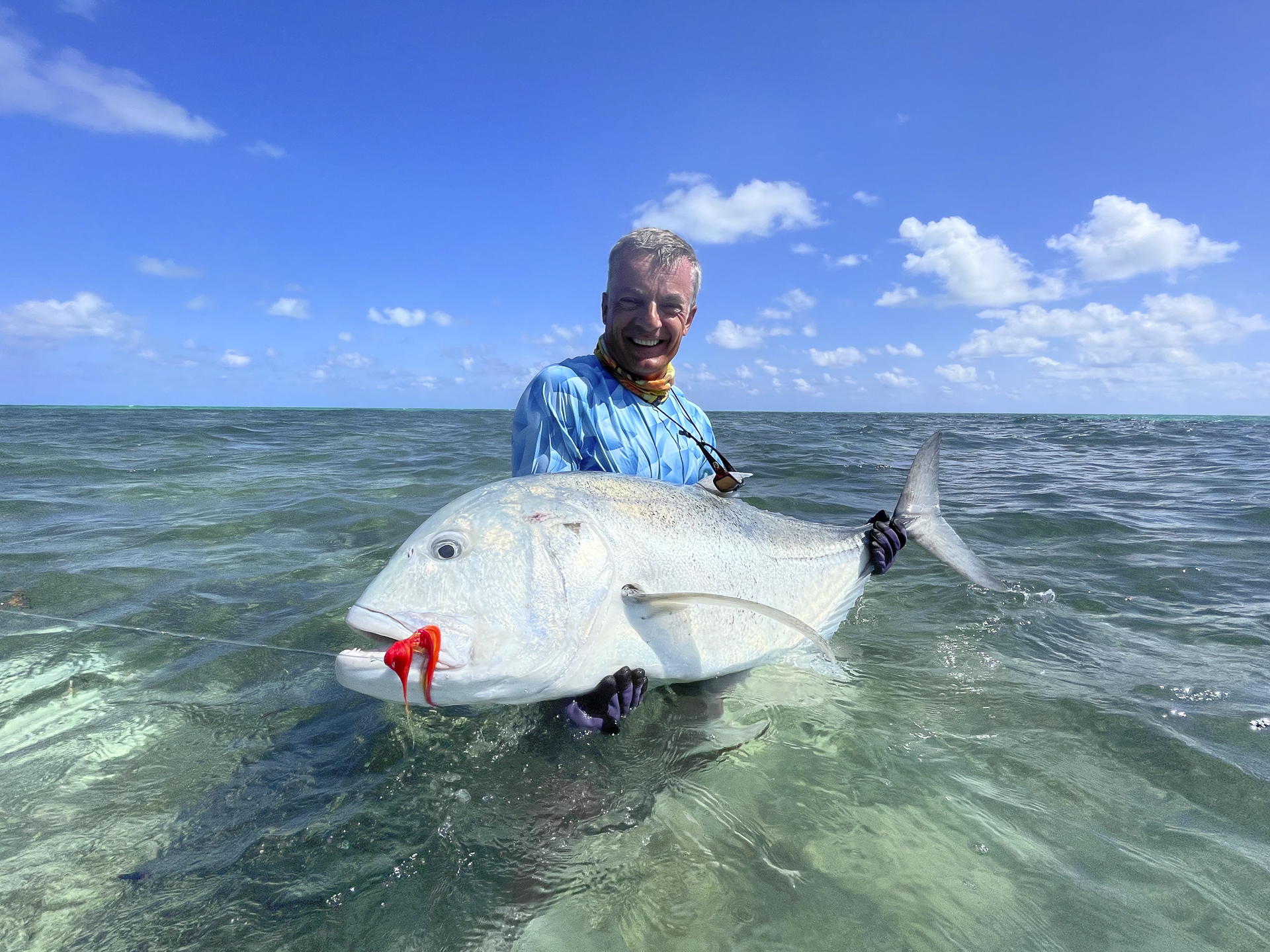 The 11th week of the Cosmoledo season came and went by so quickly!! Times flies when you having fun. This week we were joined by 11 guests in total with the majority of the guests having fished the Atoll before. Day one started with the transition between neap tides and spring tides. We were experiencing light winds and a good amount of water had everyone spread out and seeing a lot of fish.

John Thomas  and his boat partner Gordon McHaney had most of the spoils for the day. John and Gordon found themselves in amongst a group of GTs, sharks and rays. Quickly ticking off five GTs, one of which was a cracking 95 cm. Sharon Provenzane captured her first GT and managed a handful of notable grouper species.

After a first day like that we were very hopeful for even more action to come during the course of the week that was to follow. Todd Remmers one of the new comers to Cosmoledo had a great start to his experience with a sight fished 109 cm GT. An extremely special fish to get in the shallows and to be you first GT! The rest of the week was made up of triggerfish and a good few GTs. Dean D’Camera was one of the lucky guests to get himself a beautiful moustache triggerfish.

The greatest story for week 11, which showed true positivity and resilience, was Paul Jenkins who had absolutely everything go wrong for the first four days of the week. So when day five came along he was really champing at the bit to make something happen, and that he did! On day five he opened the account with three GTs and two large bluefin trevally. Day six weather turned bad but now that the bug had got him, Paul was out there first and at the end of the day returned with a dinosaur of a GT which measured 128 cm – a fish of a lifetime.

Jako, host for the group spent his time looking for the few fish left on his bucket list and besides the five triggers he caught he also managed a beautiful emerald parrotfish (box ticked). 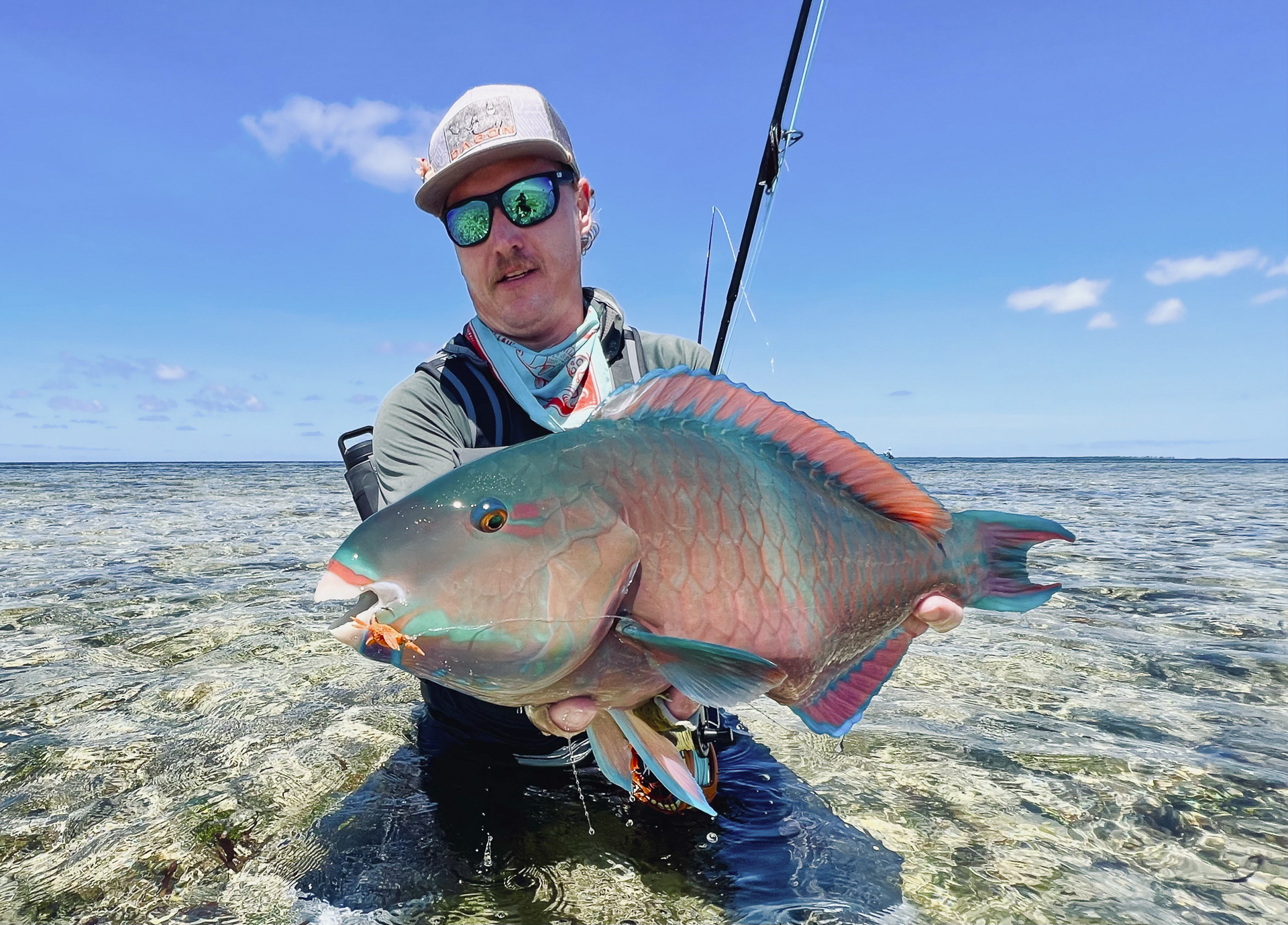 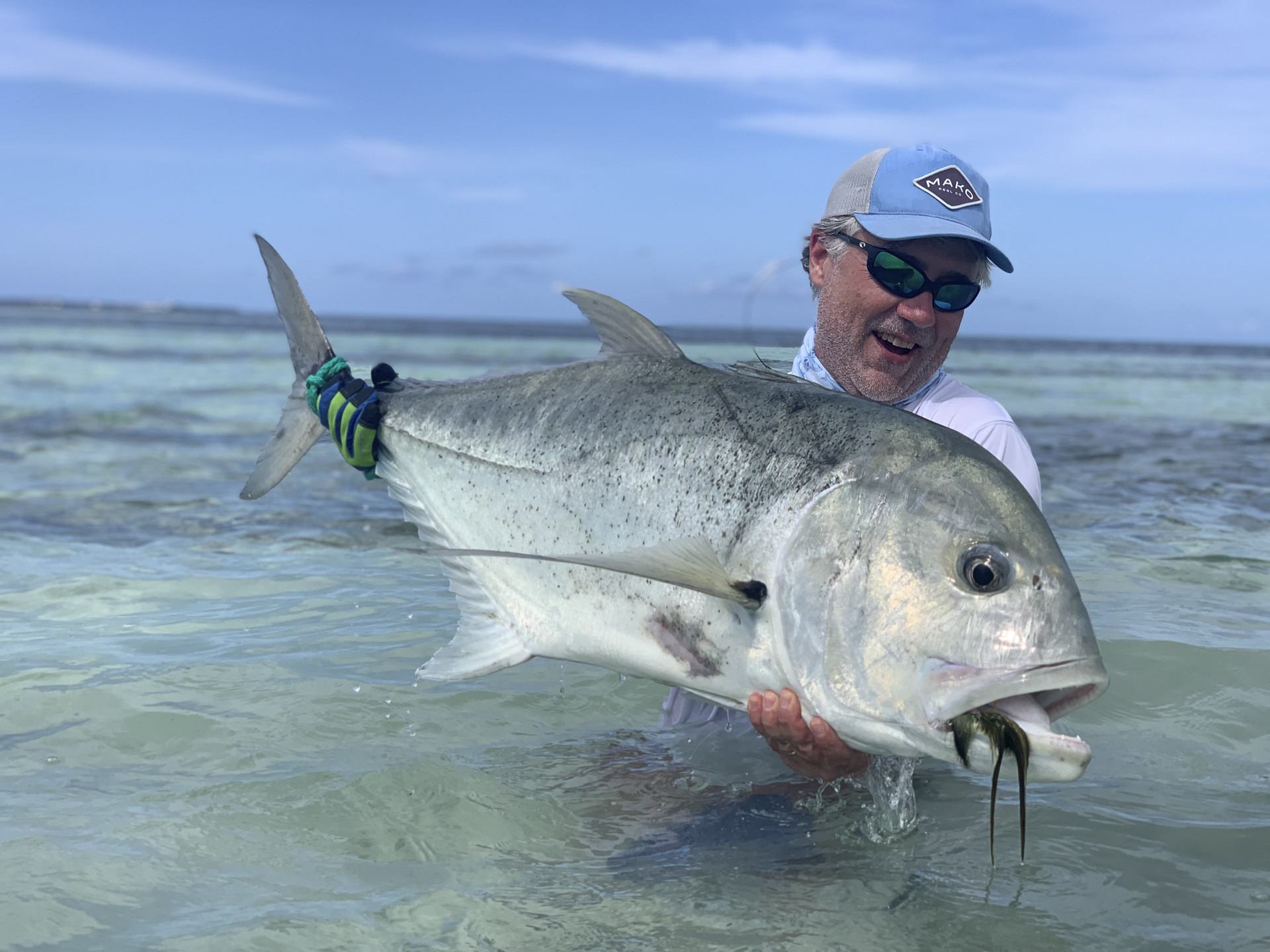 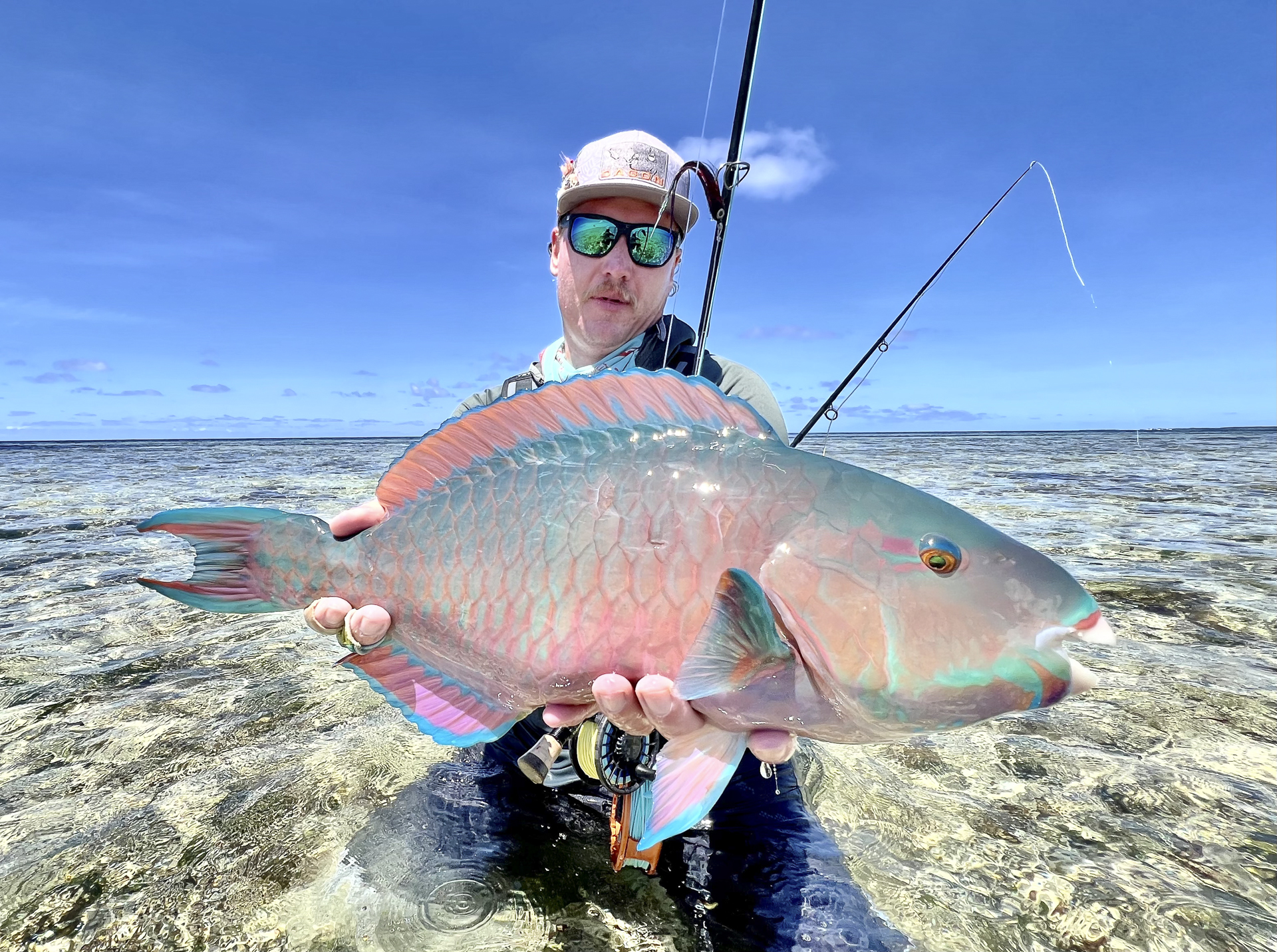 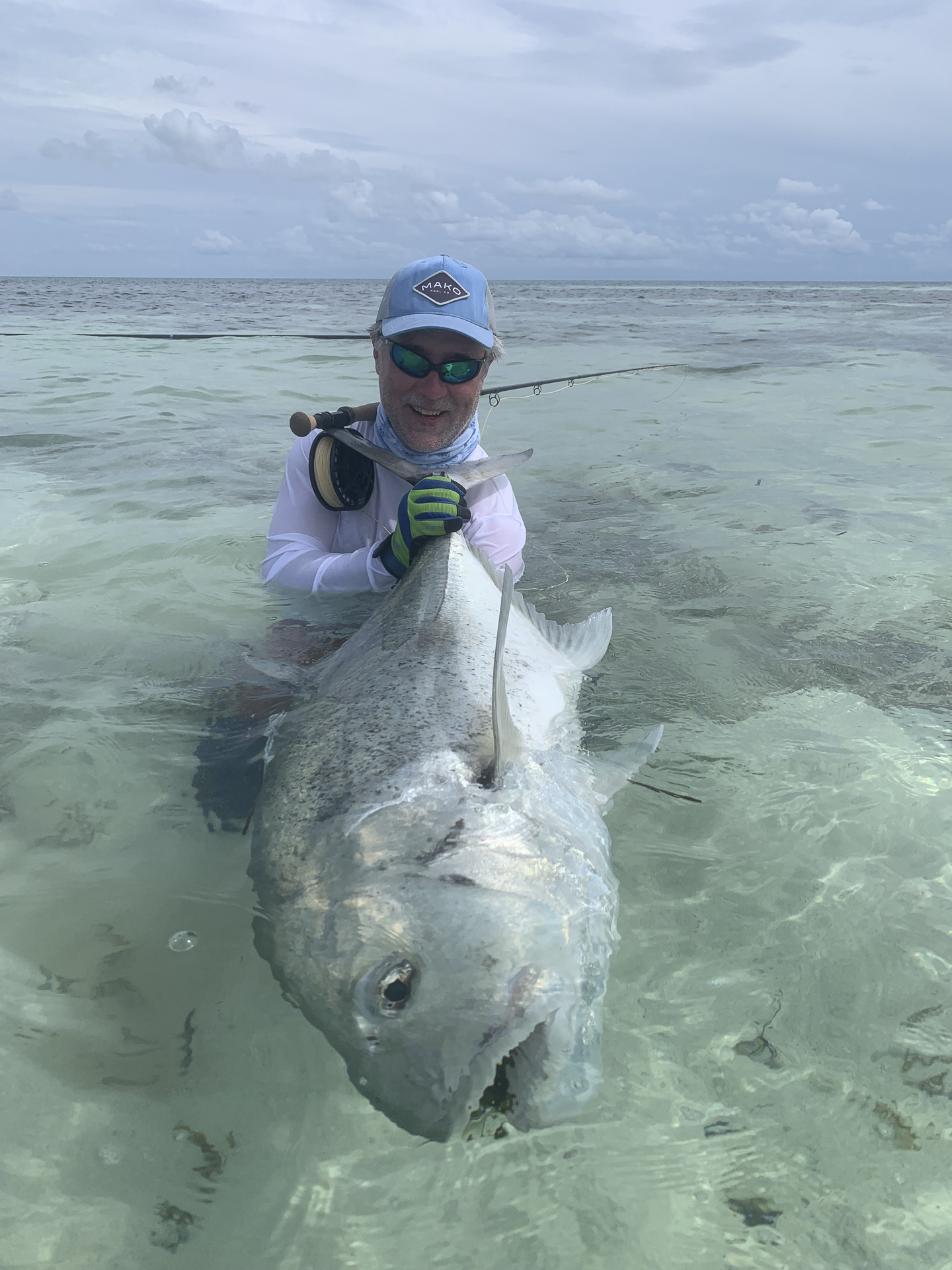 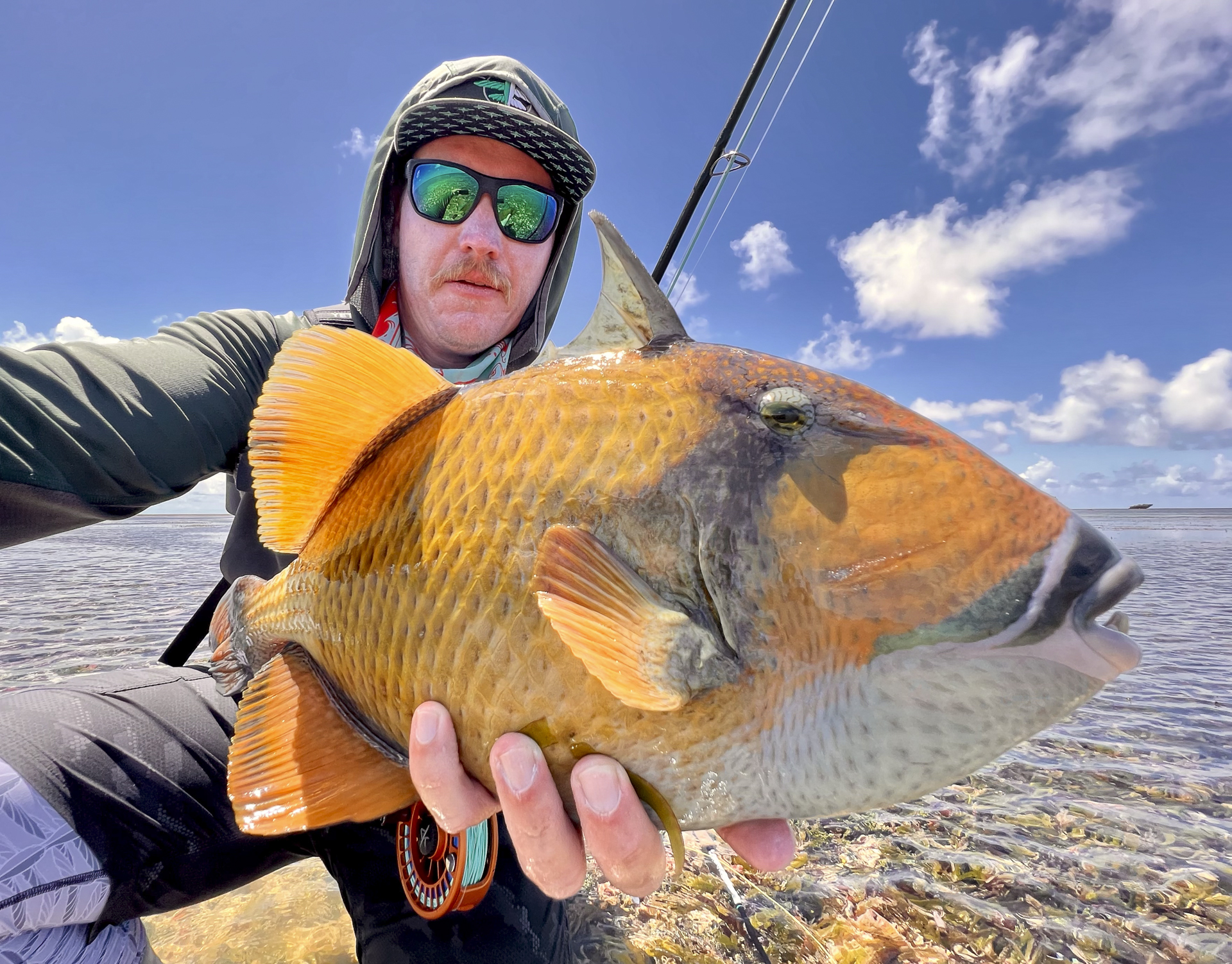 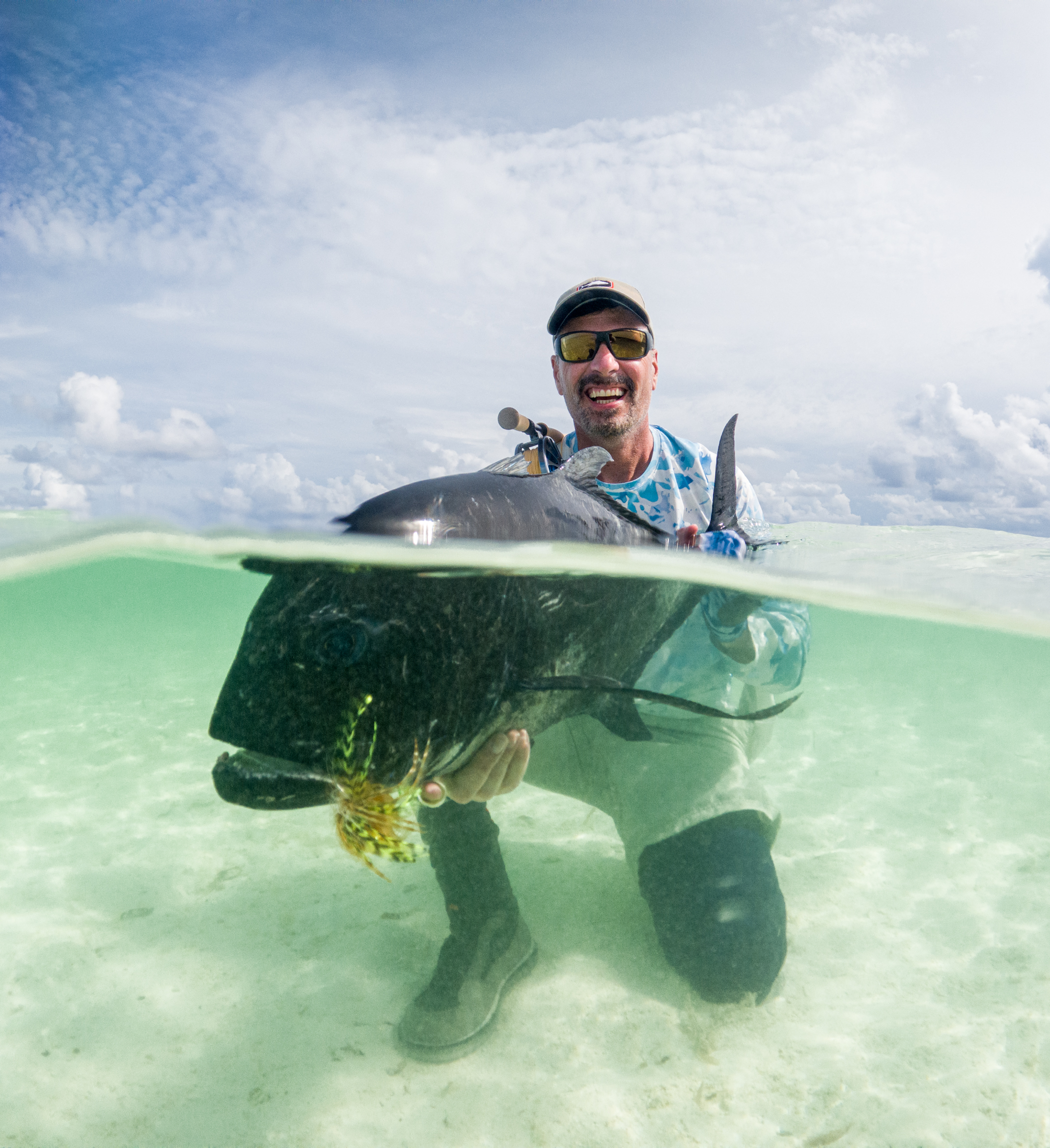 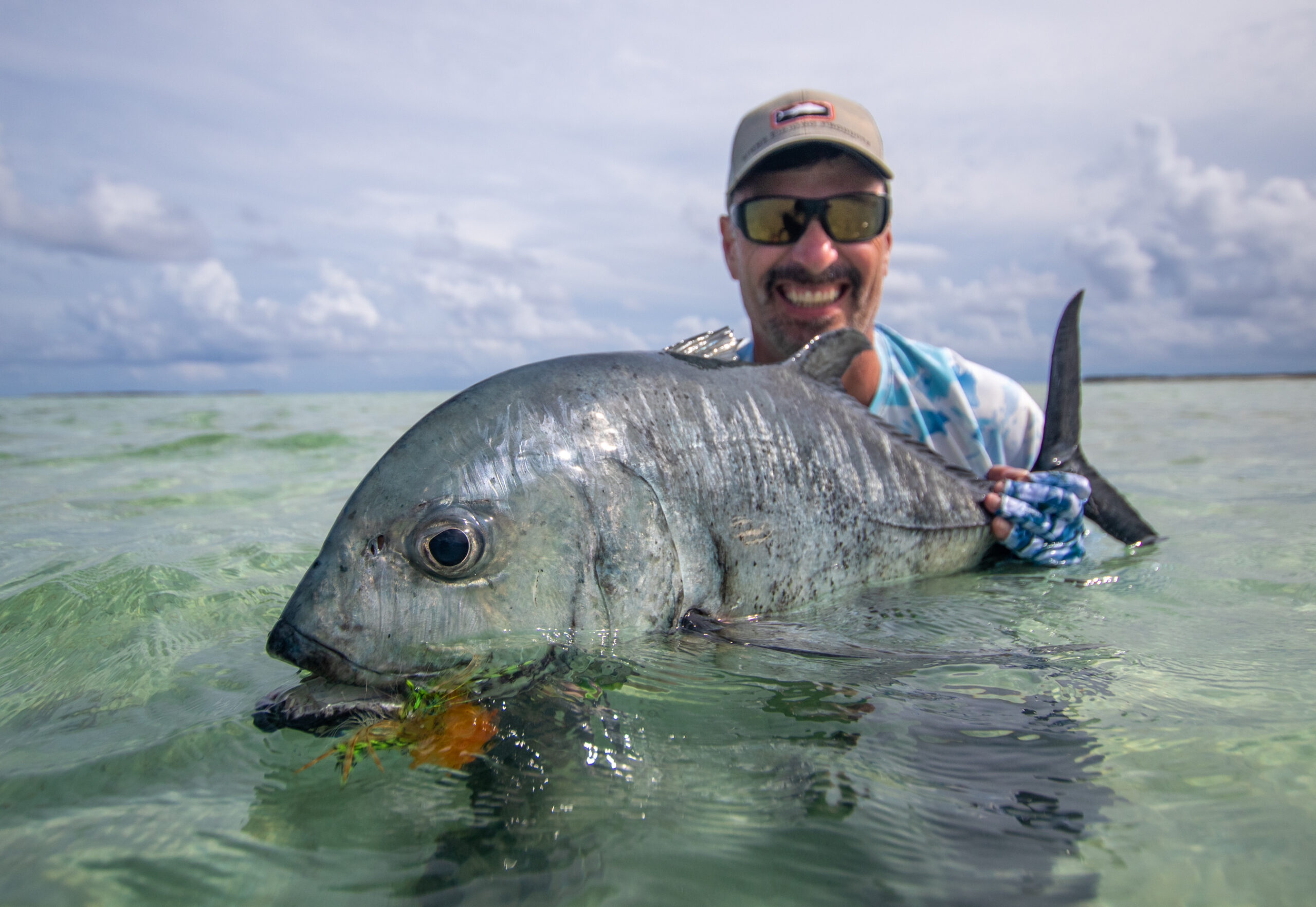 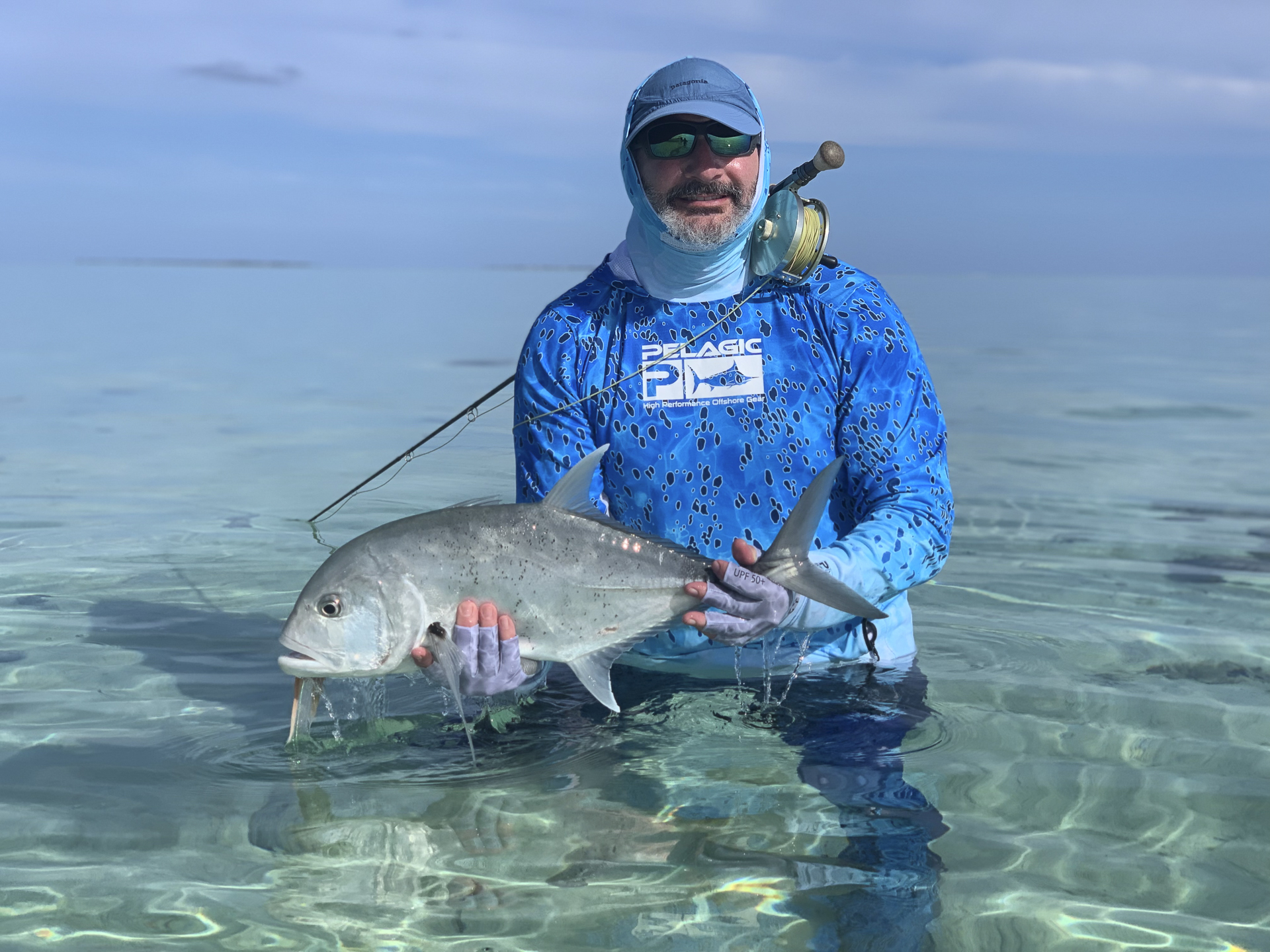 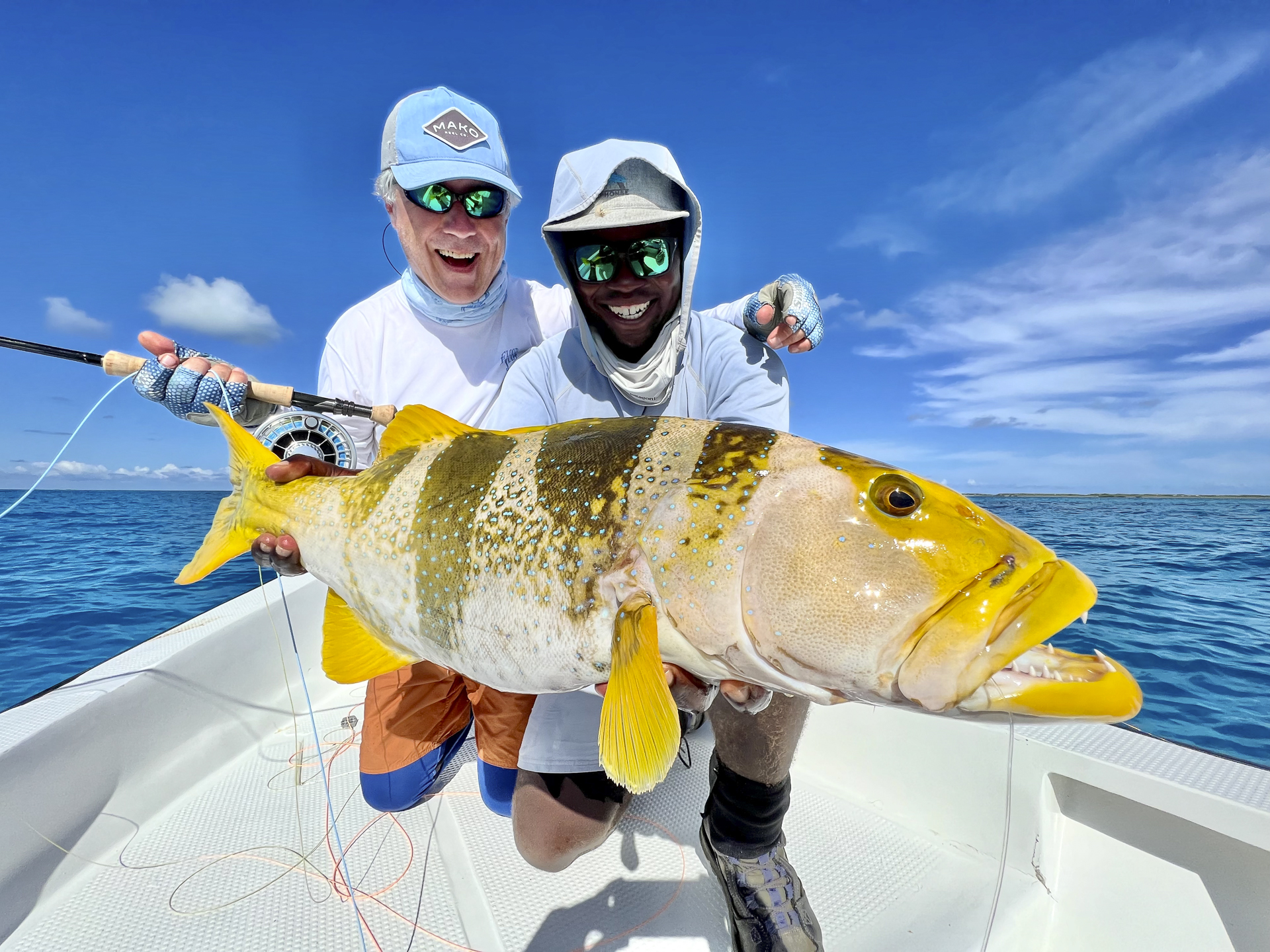 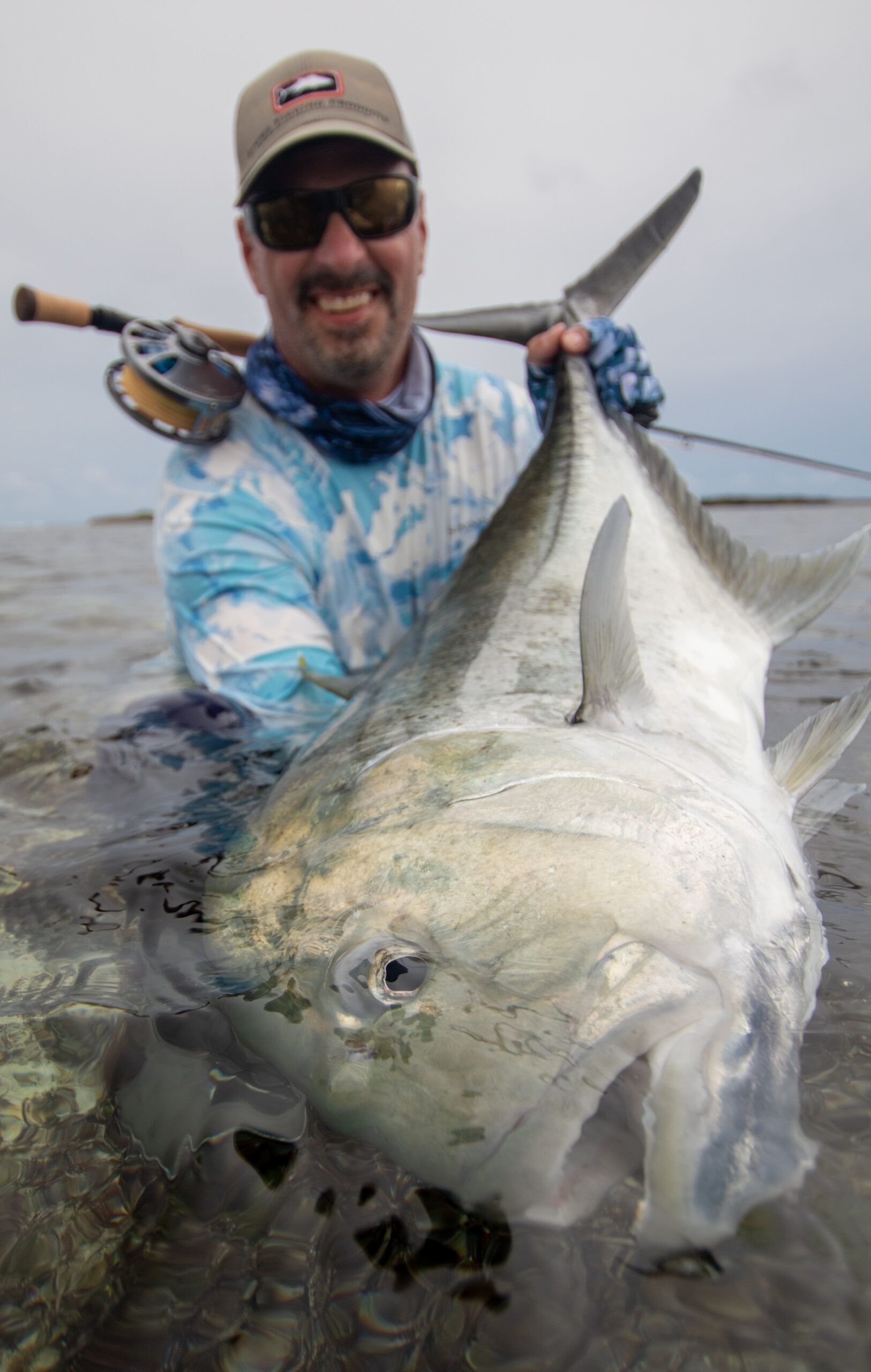 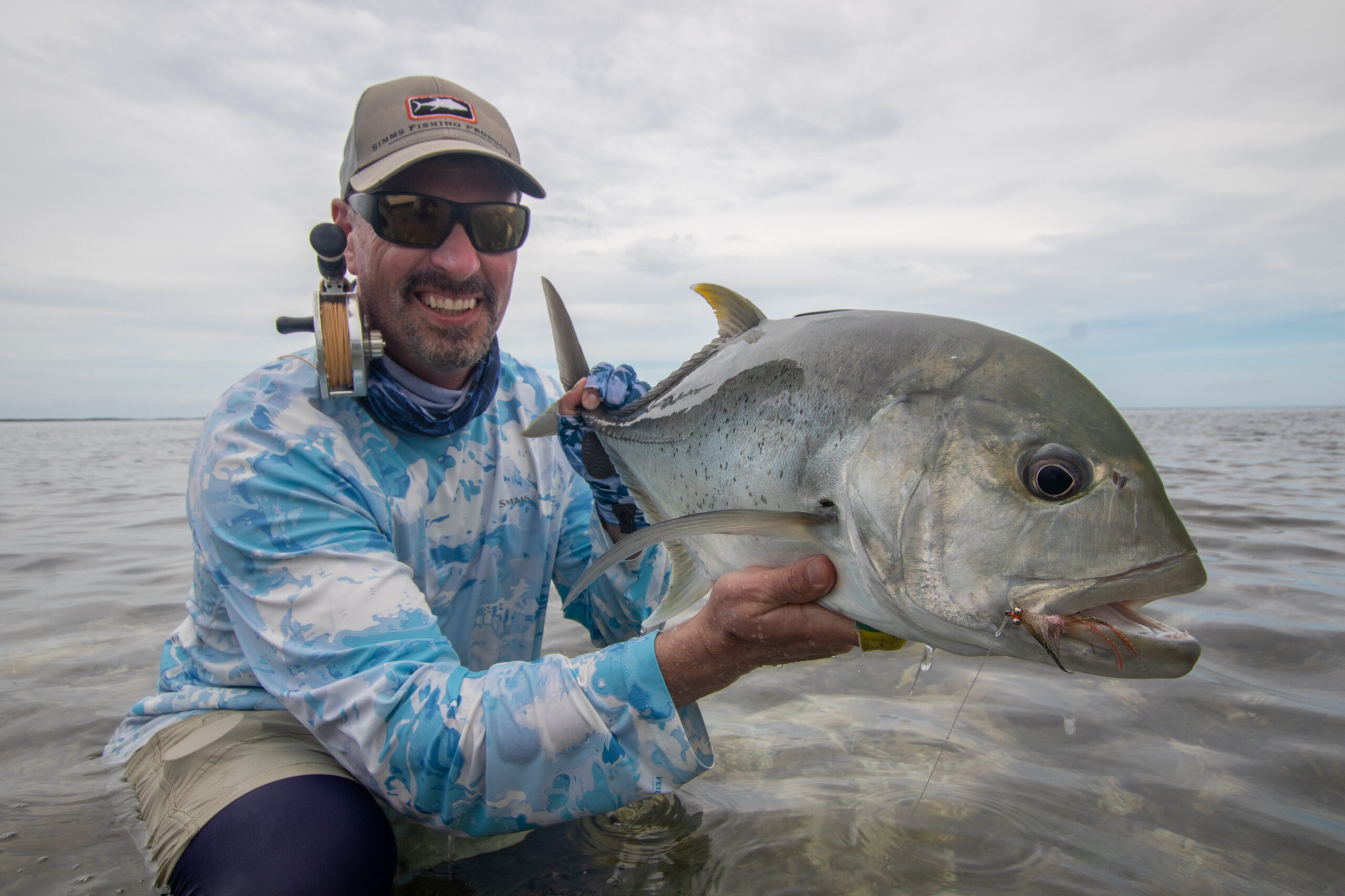 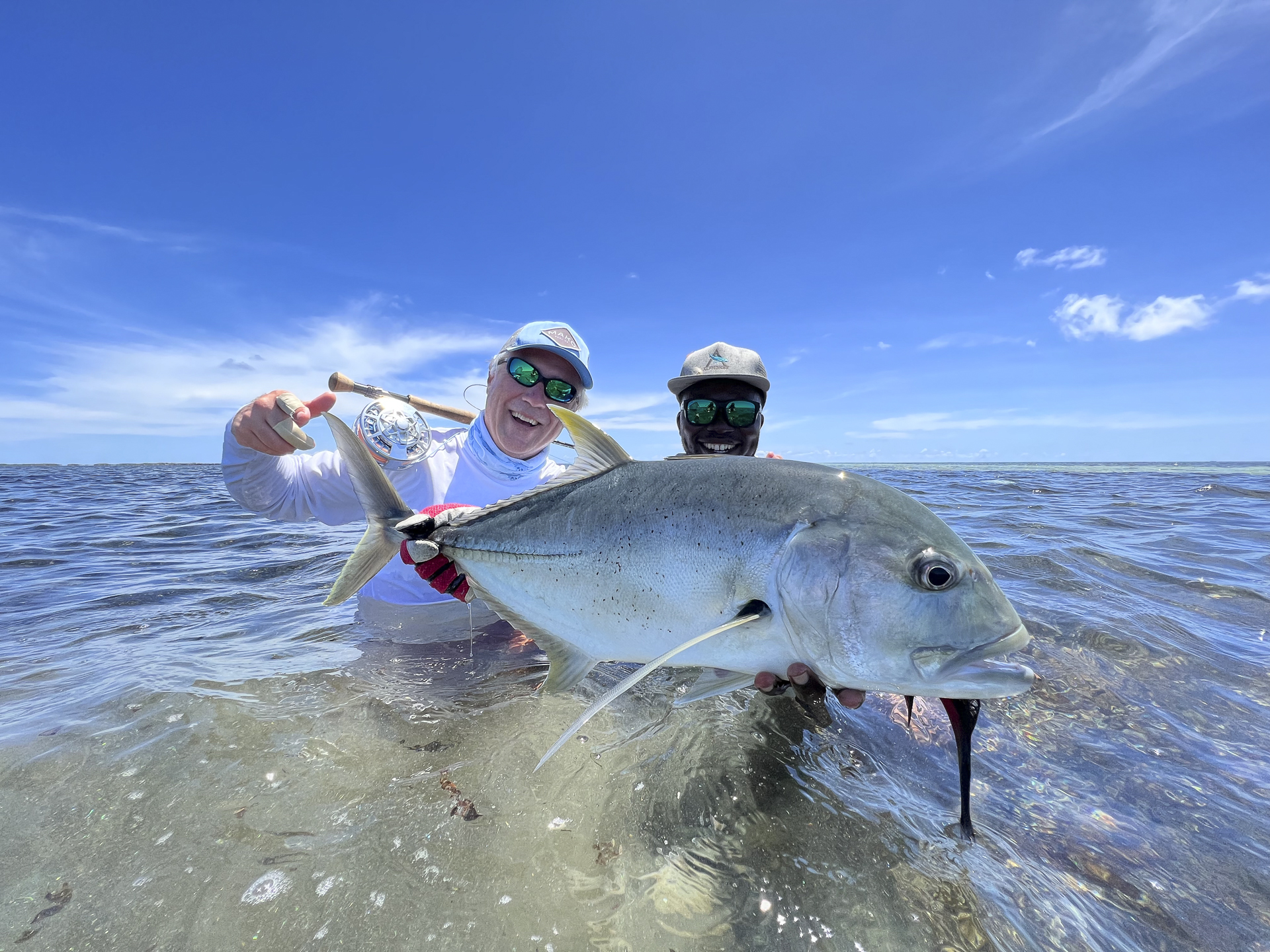