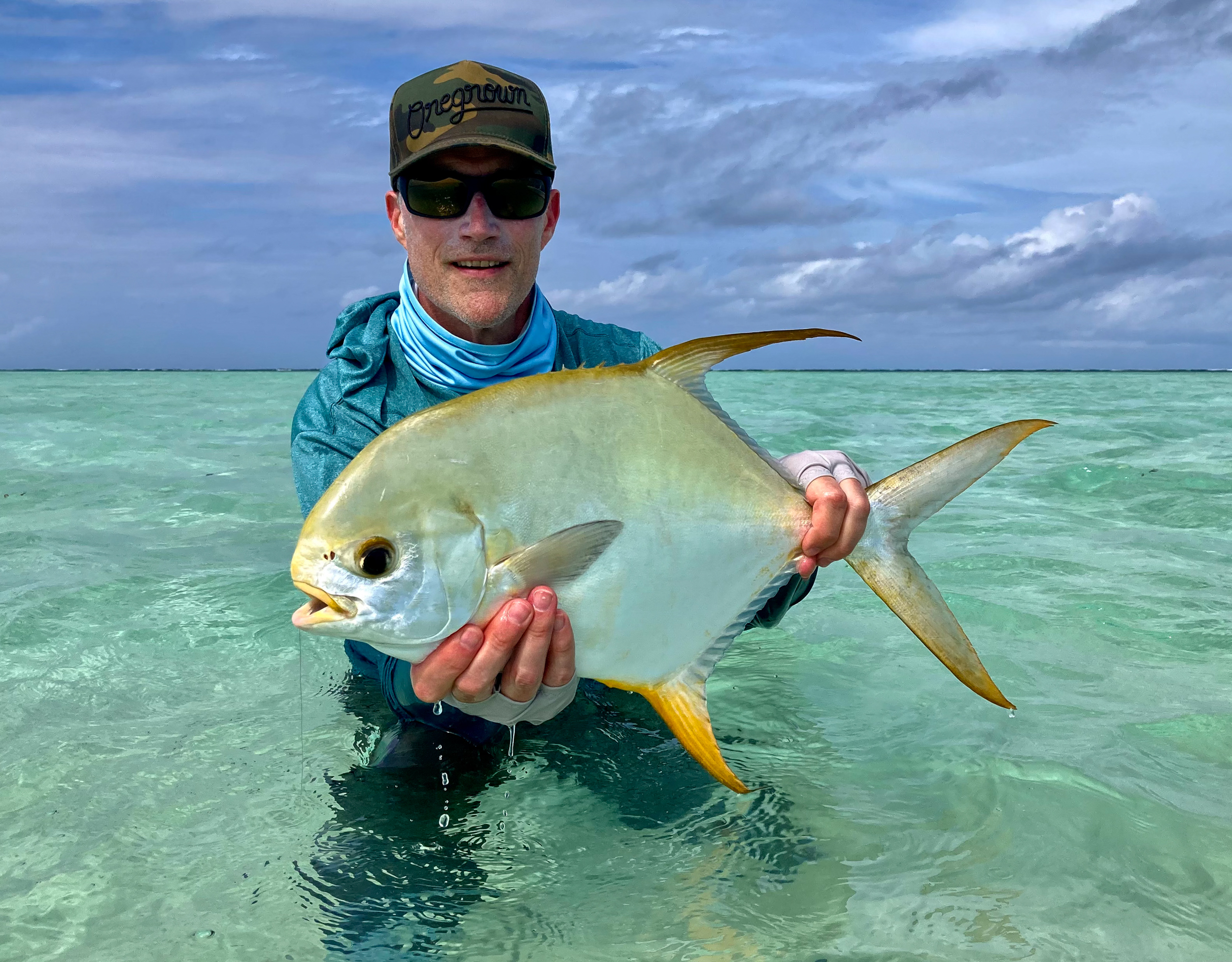 A slightly busy week here on Alphonse with all the skiffs in action and a mothership filled with laughter and stories of the one that got away. The weather definitely was not on our side though with the group facing some adverse conditions throughout the week, that being said we still had a pretty good week of fishing, and some stunning catches were made.

Starting with the gangsters of the flats, Bill Church came here with the goal of catching his first GT and that he did, catching a 67 cm fish off a ray. Tracey also managed to catch her first GT measuring a lovely 70 cm. Tarquin, Hamish, Dom, John Calile, John MacMillan, and Greg all also all managed to catch GTs this week, with Greg landing the fish of the week and the season so far, a massive GT of 127 cm.

Tarquin and Tim also managed to land themselves a batfish each, being very unusual and special catch. There were some big bonefish around this week with Tarquin, Tim, John Calile, Chris, and Hamish all landing bonefish over 60 cm. Yvhen and Maryna took a day out on the flats to experience the phenomenal bone fishing on St. Francois and managed to land their first bonefish each. John Calile out did himself on his first day on the flats landing his first Indo-Pacific permit. Finally, and the best day of the week Matthew managed to land his first permit, an incredible fish measuring 58 cm, he then went on and caught a GT 15 minutes later and finished off with a 60 cm bonefish catching the only Flats Slam for the week.

Well done to all our anglers this week for your perseverance through the trying conditions and catching some awesome fish.
Tight Lines,
Alphonse Fishing Co. from Alphonse Island 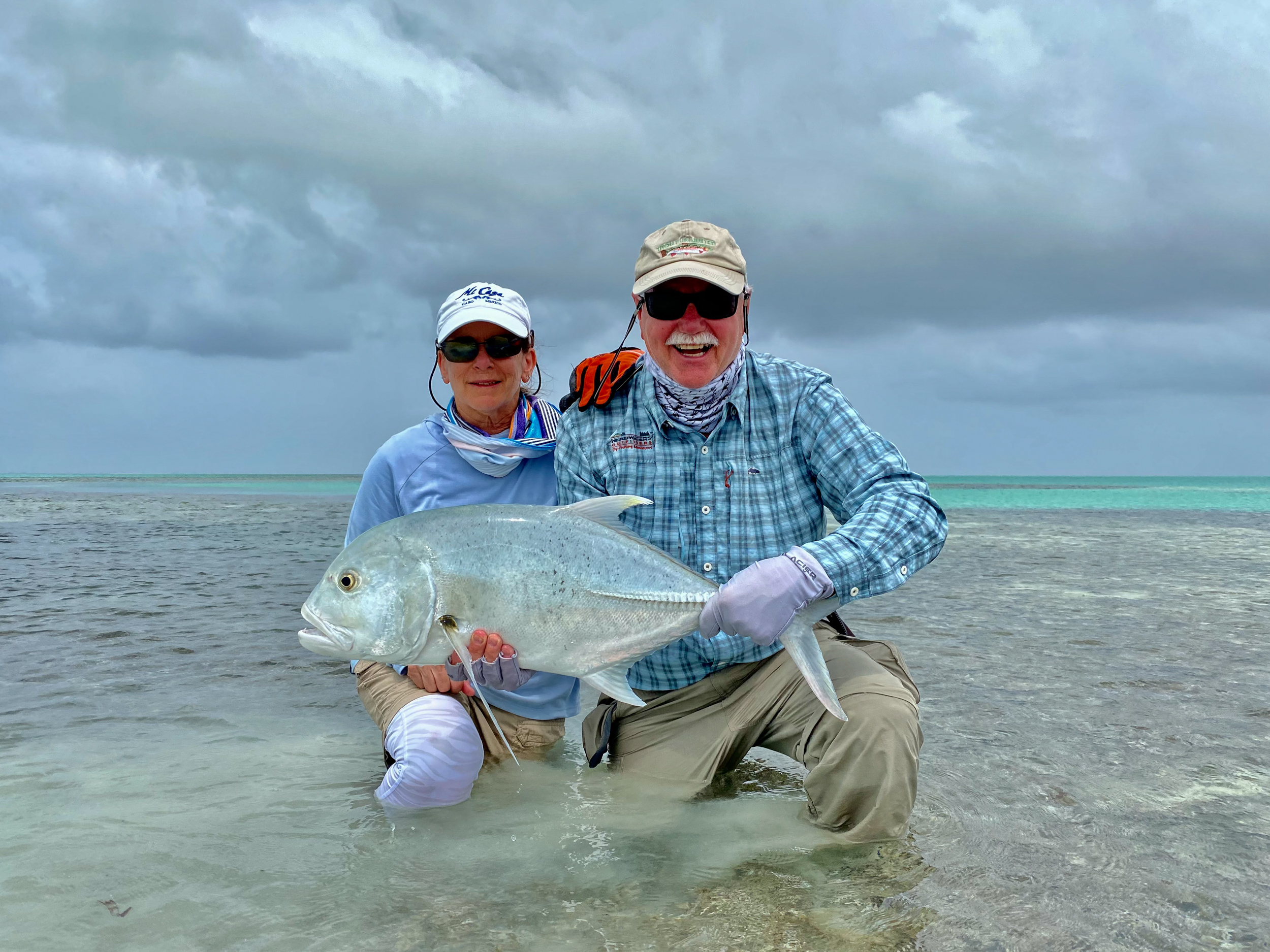 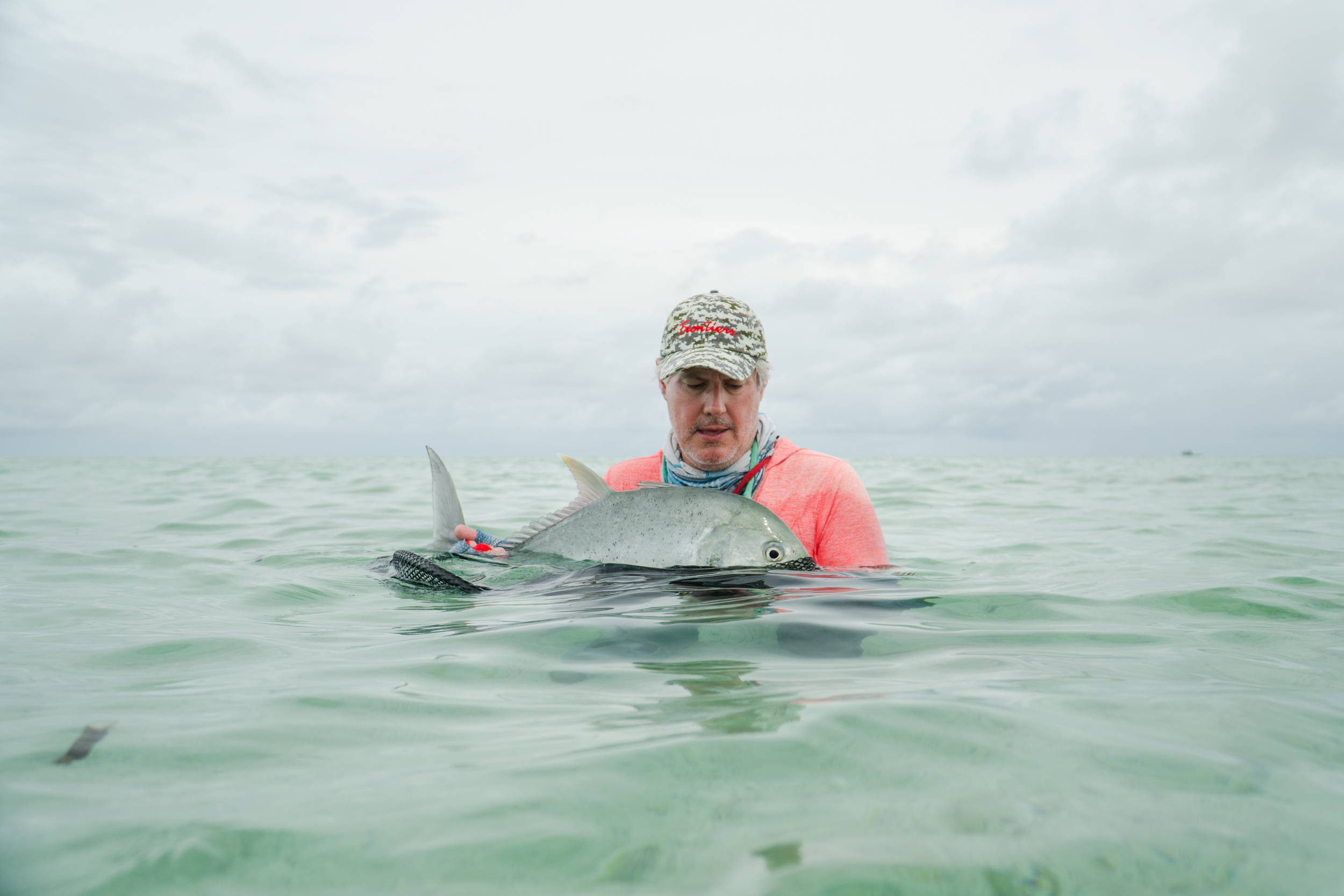 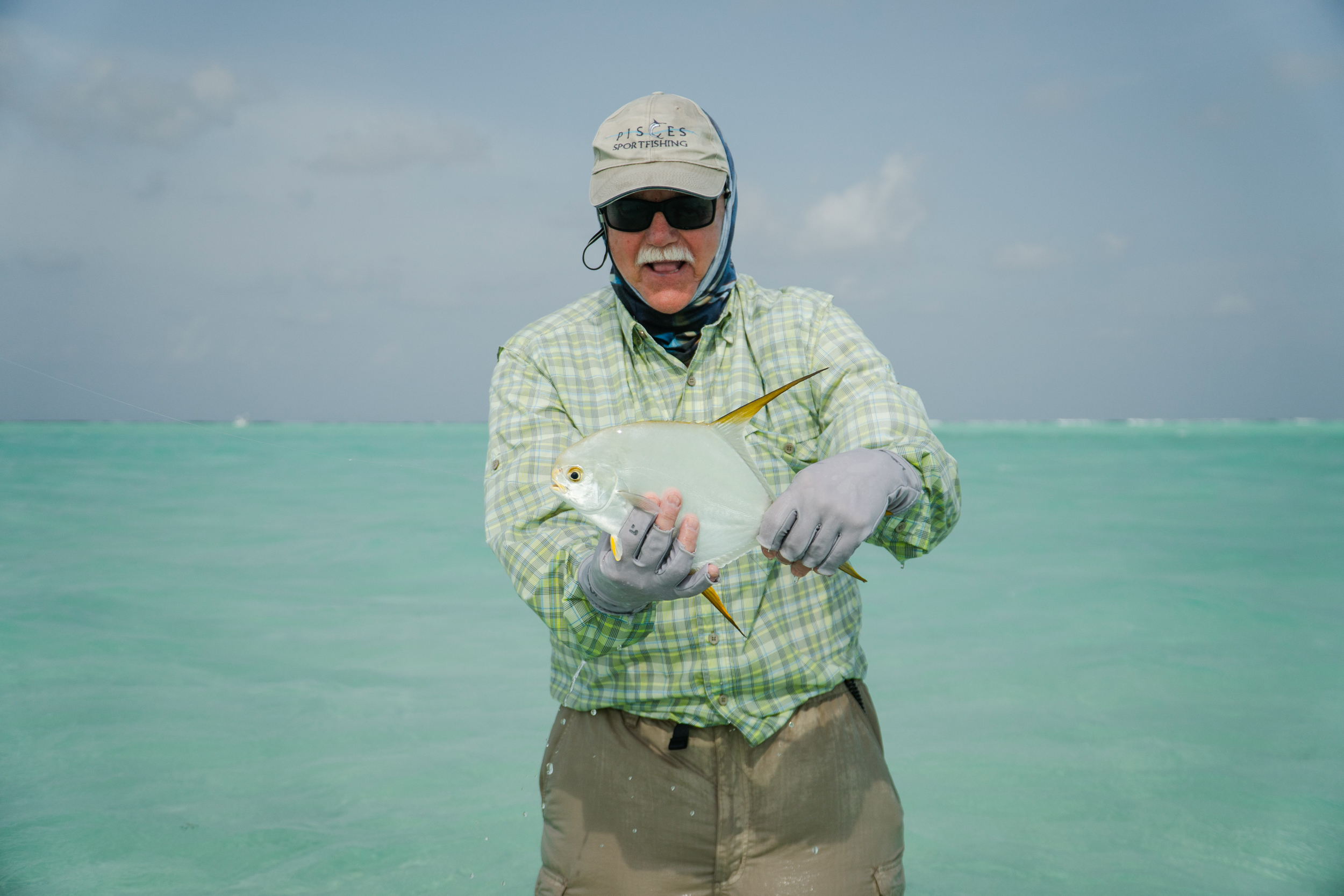 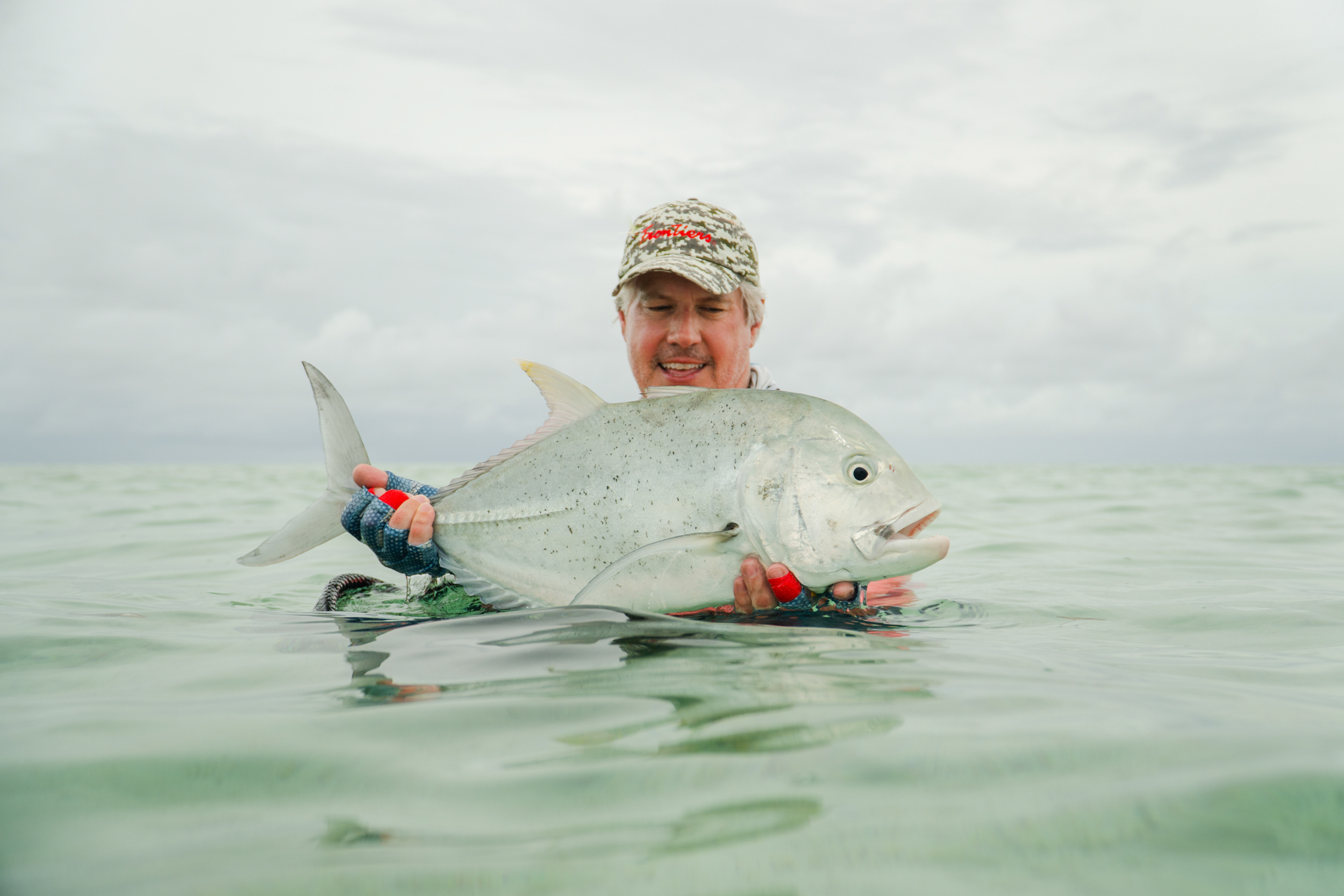 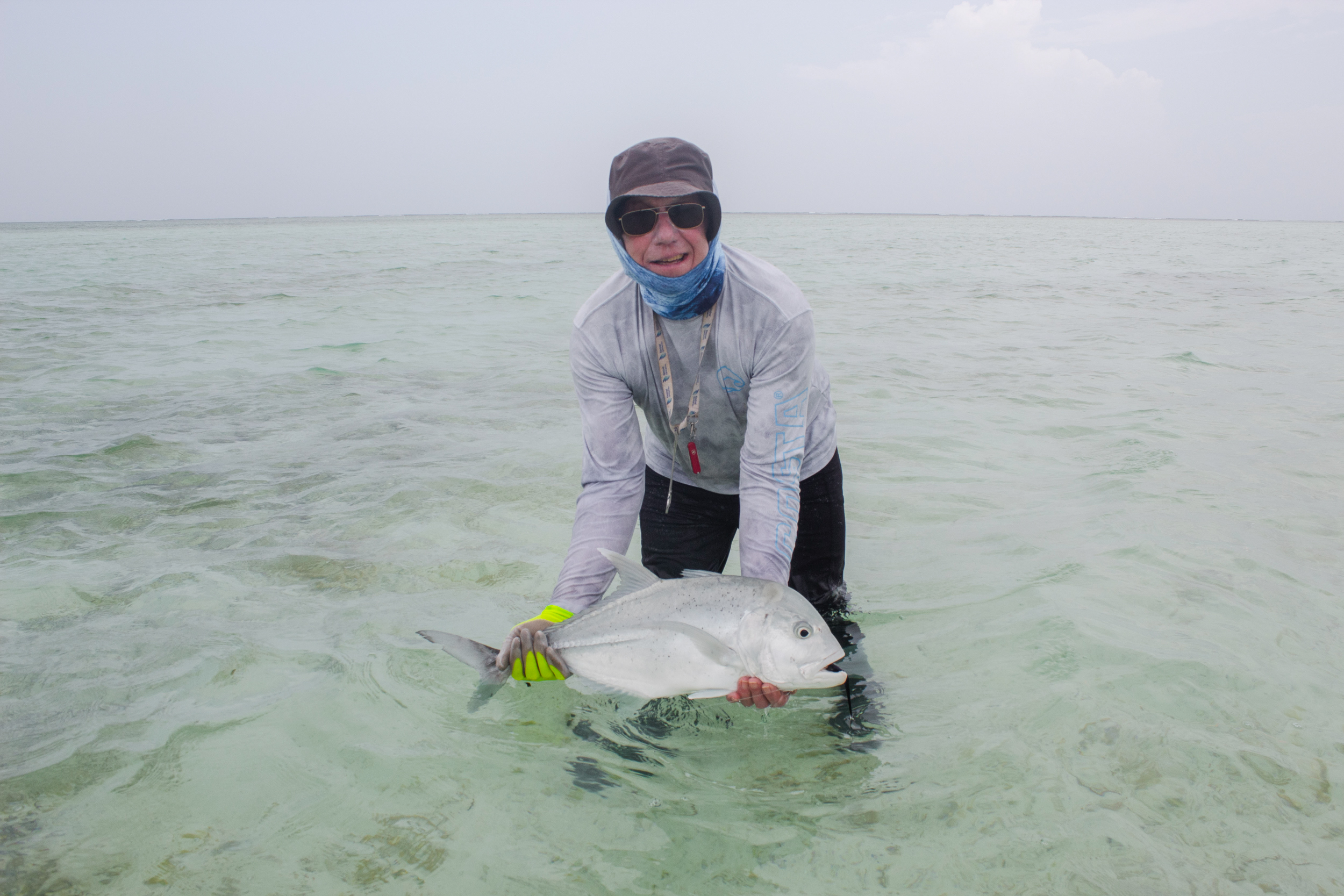 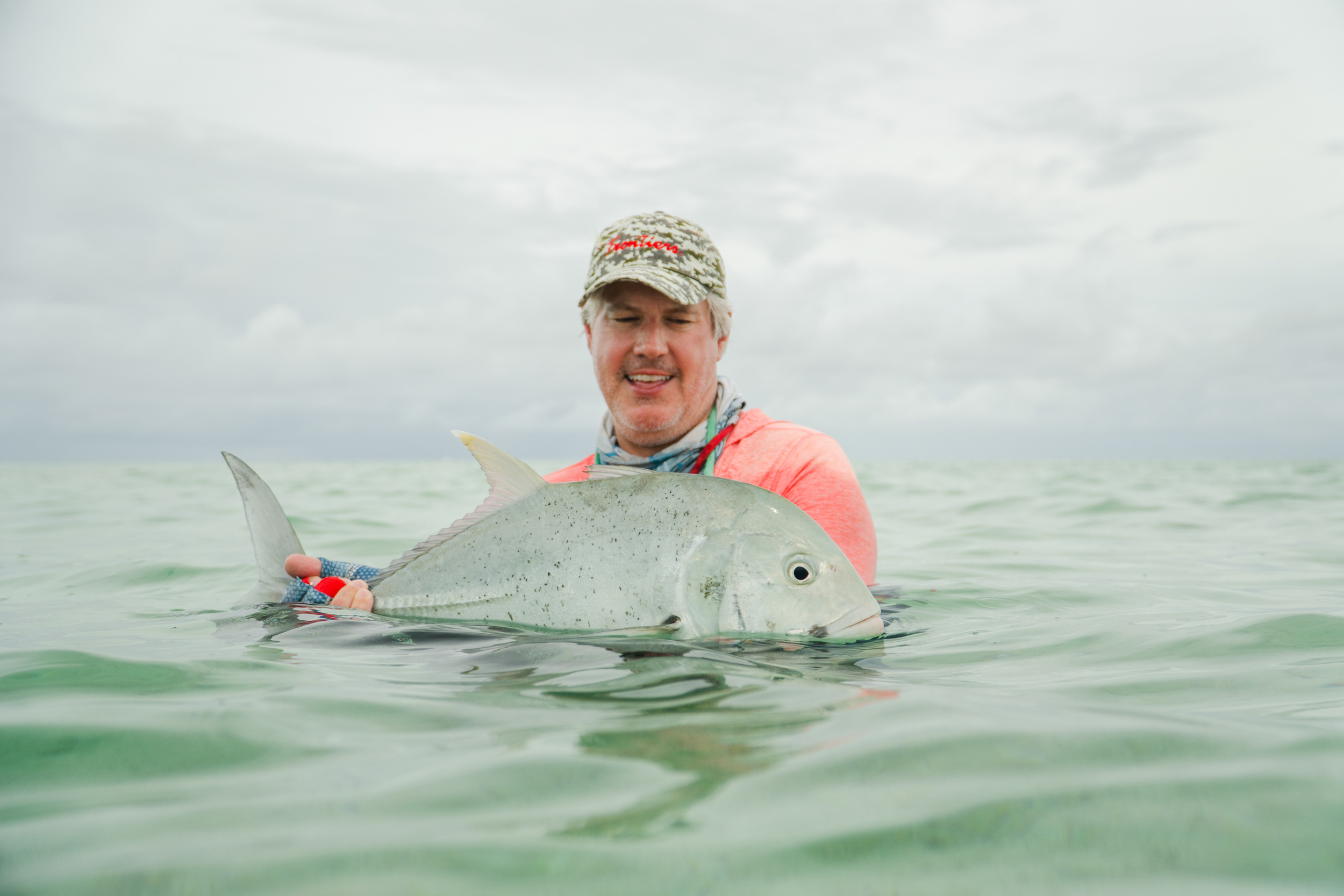 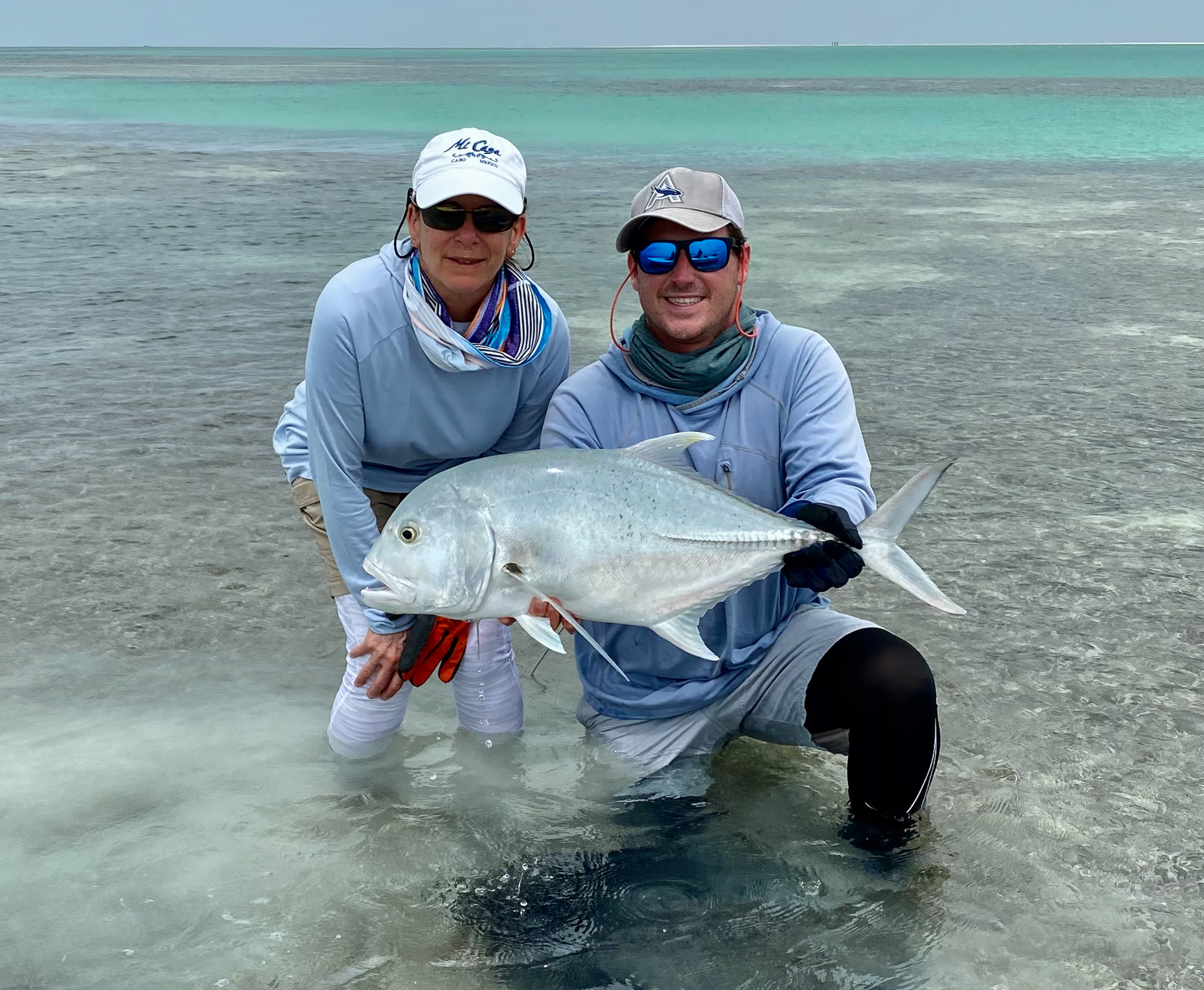 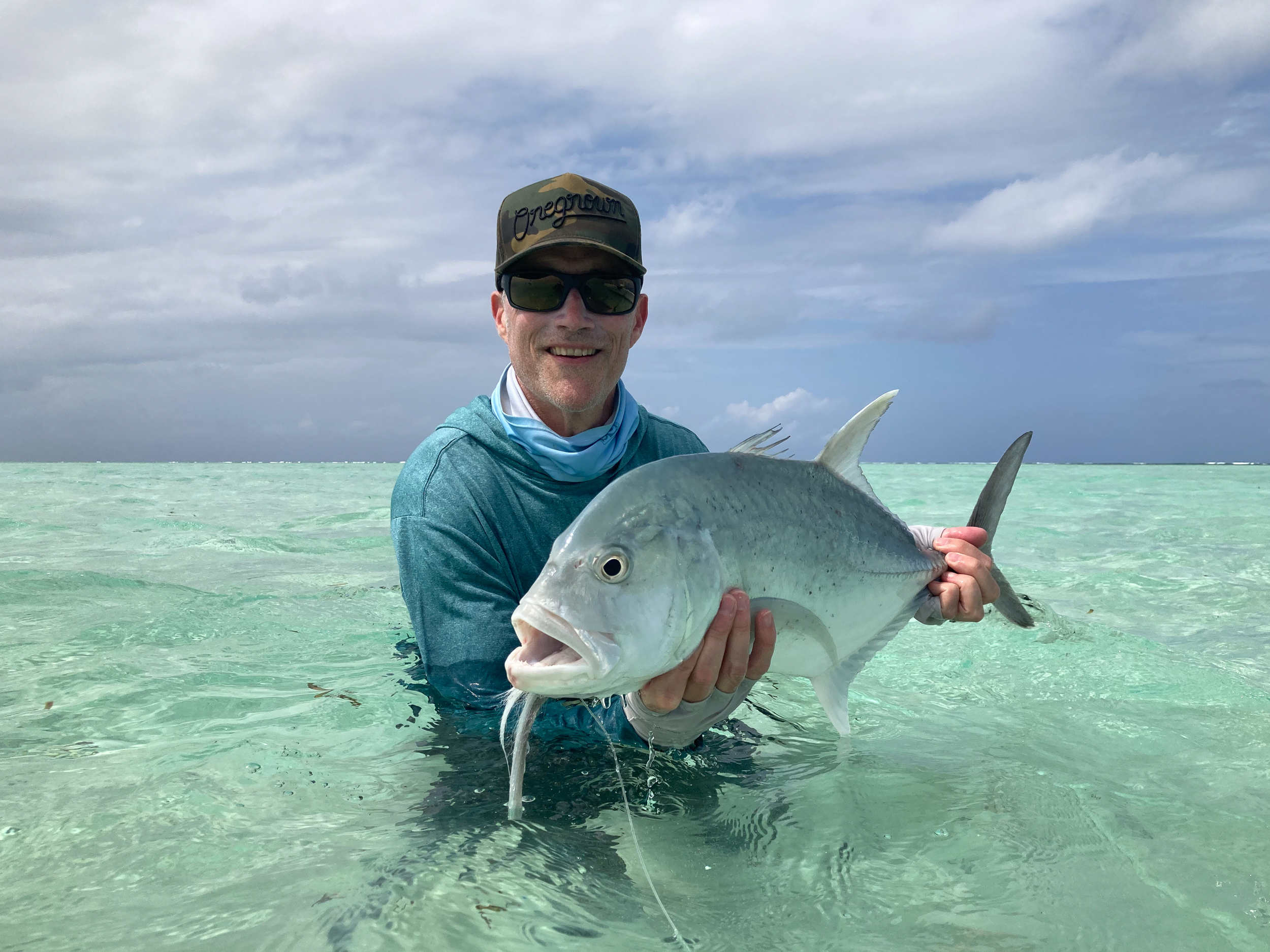 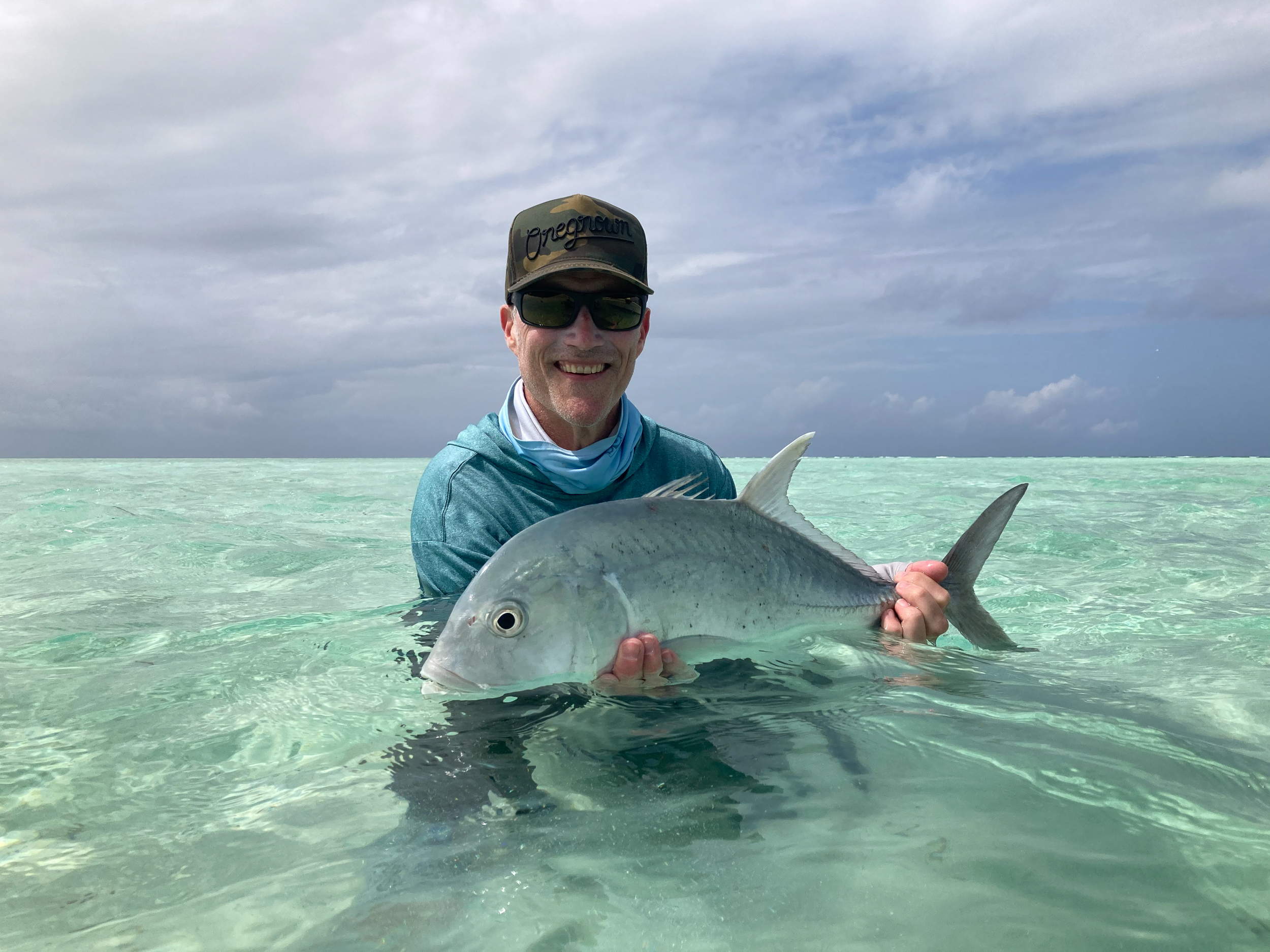