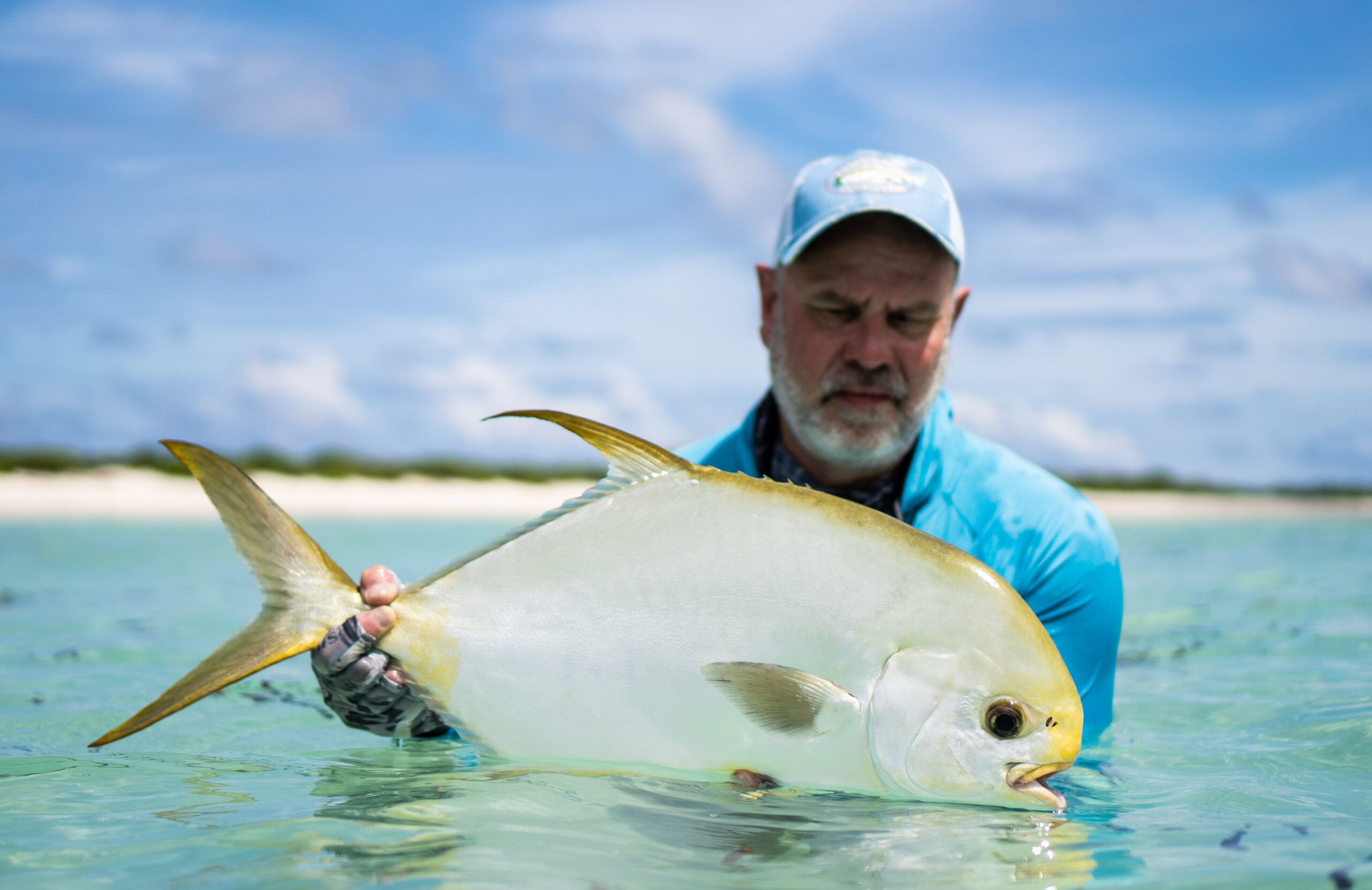 With the weather from last week seeming to have blown itself out and some favourable tides for the week, it all seemed to be lining up to be a week to remember.

Tim, Amy, William and Kimberley Leach all had a great week on the water. They all managed to get their hands on some great GT’s. They really made it count on the final day with Tim landing a solid 93 cm fish in barely knee deep water. An epic eat on pure white sand had everyone throwing high fives!

Kim finished her week off strong with a great ‘Flats Slam’ consisting of a Giant Trevally, Bonefish and a monster 52 cm Moustache Triggerfish.

Dennis Laptev, Nadezda Danilova, Carl Heliman, John Wilson, Amy and Scott Trerotola all got in on the trigger action as the week went on. Dennis’ fish was a particularly good specimen that measured a solid 56 cm.

Scott and Chris both had a great start to their week on Cosmoledo Atoll. As the tide started to push they found themselves on a flat loaded with Permit. After losing a monster fish on his first cast to a broken hook, Chris gave the next shot to Scott.

It wasn’t long before another slab of gold showed up and it took Scott one cast to hook up the fish of a lifetime. After an intense battle, Scott held 74 cm of solid Indo-Pacific Permit in his arms.

This got Chris fired up and it didn’t take long for Chris to find another fish to present his fly to. The fish ate without hesitation and Chris was on. His first Indo-Pacific Permit was a fin perfect fish. Just an absolutely epic session of Permit fishing!

Scott carried his good fortune through the week landing a trophy Triggerfish that measured 51 cm as well as the biggest GT of the week, a solid 106 cm fish that had his rod bending in the cork!

The turn in weather seemed to bring the flats back to life and everyone came back to camp full of stories and smiles. An awesome week that we hope to relive next week! 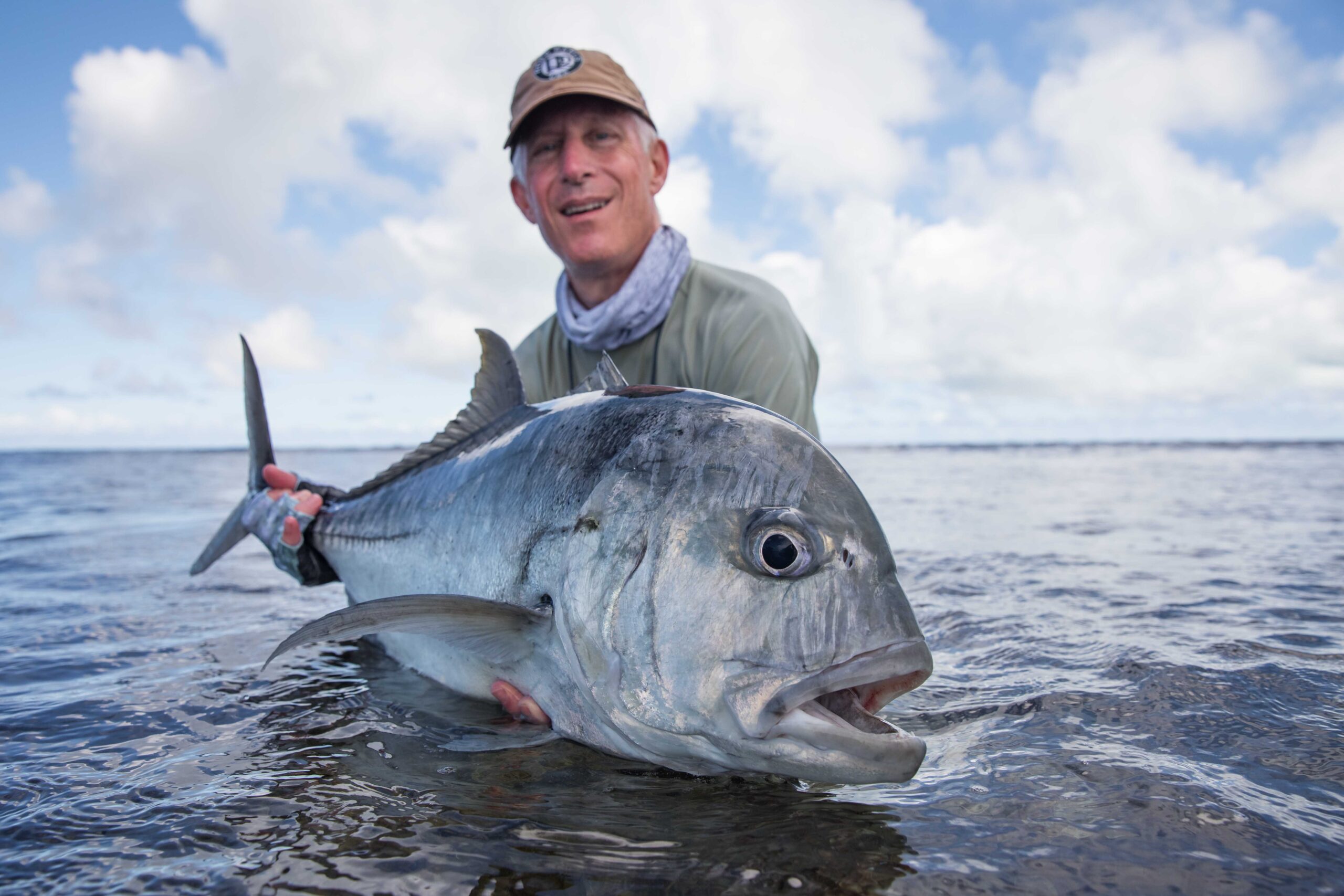 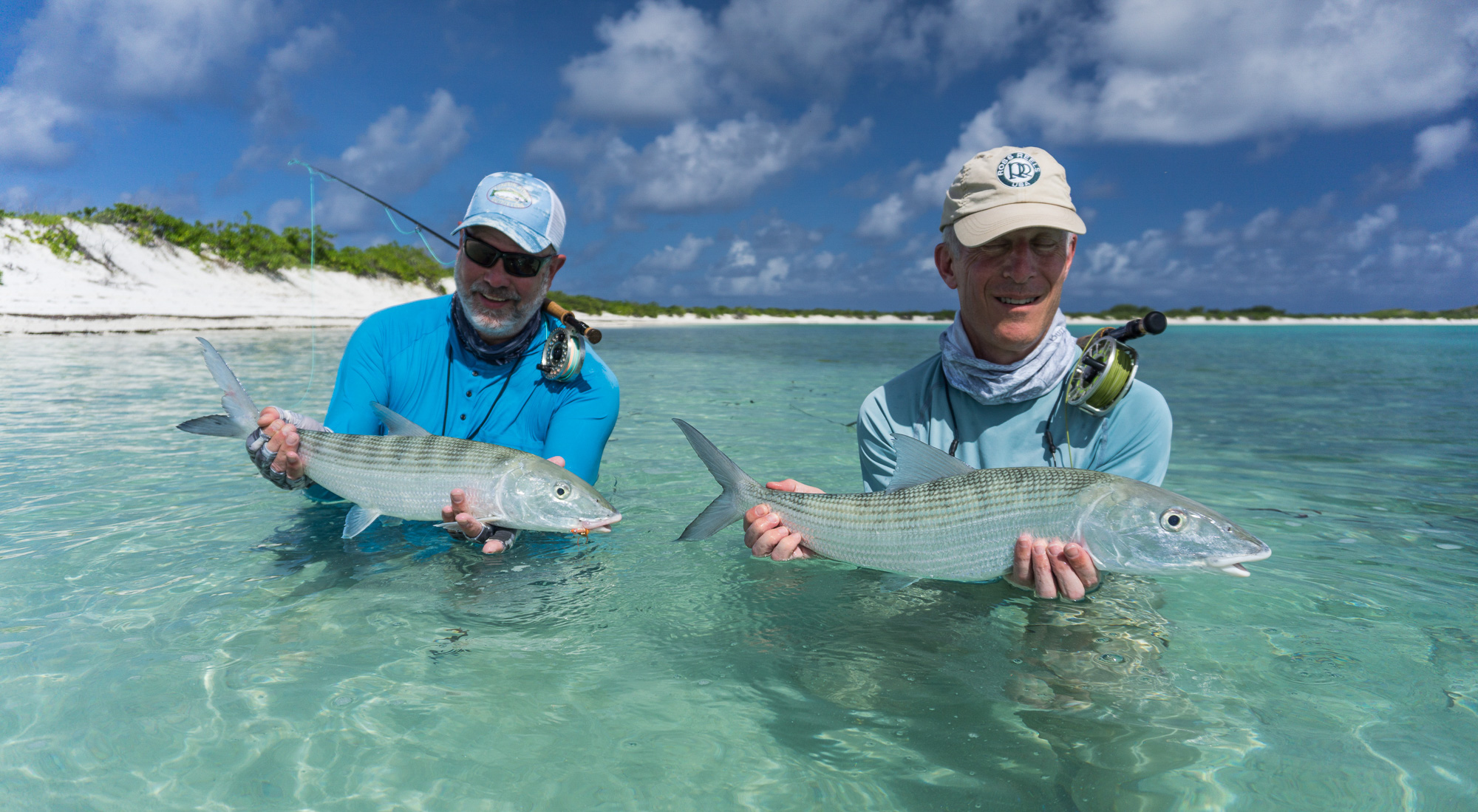 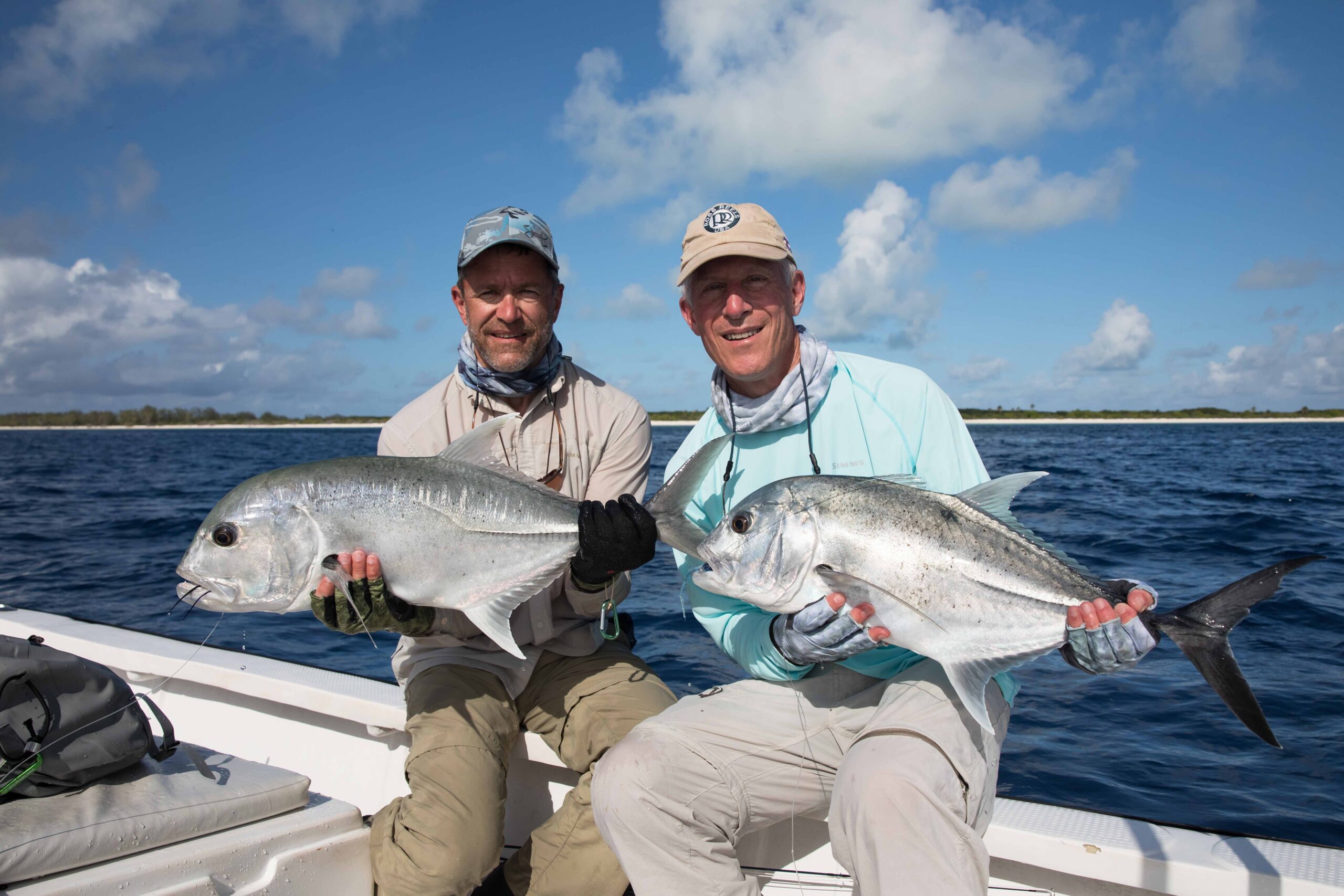 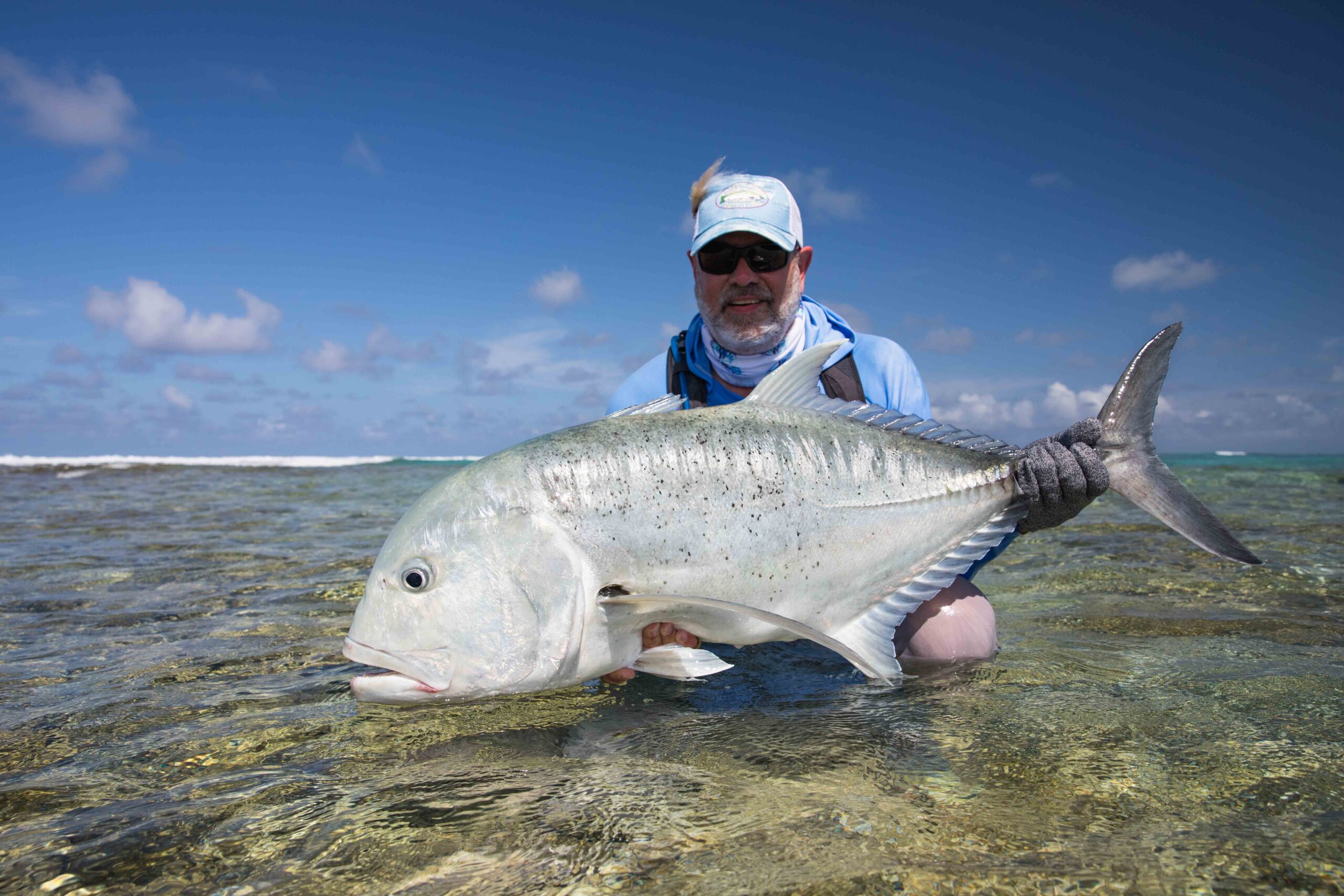 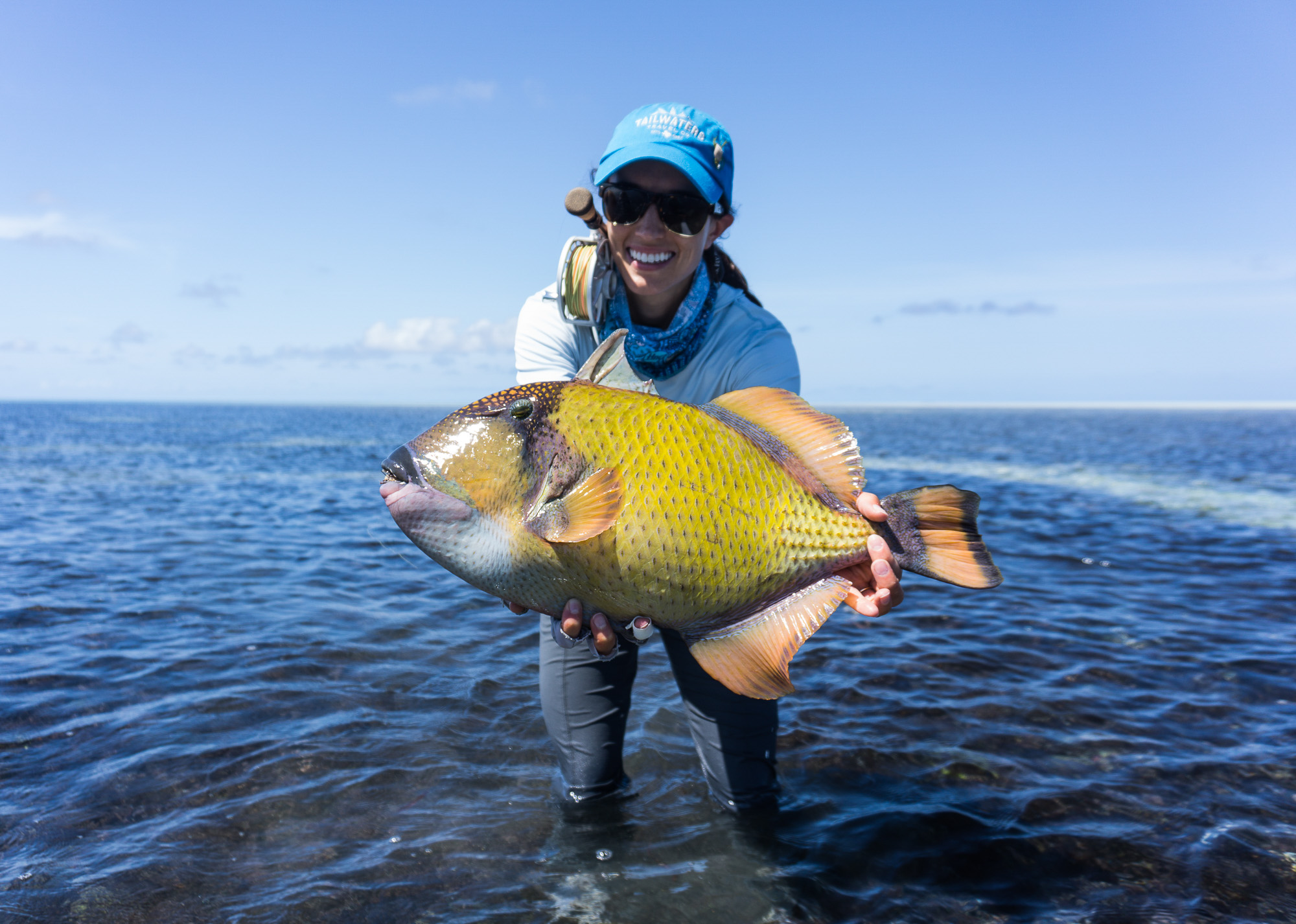 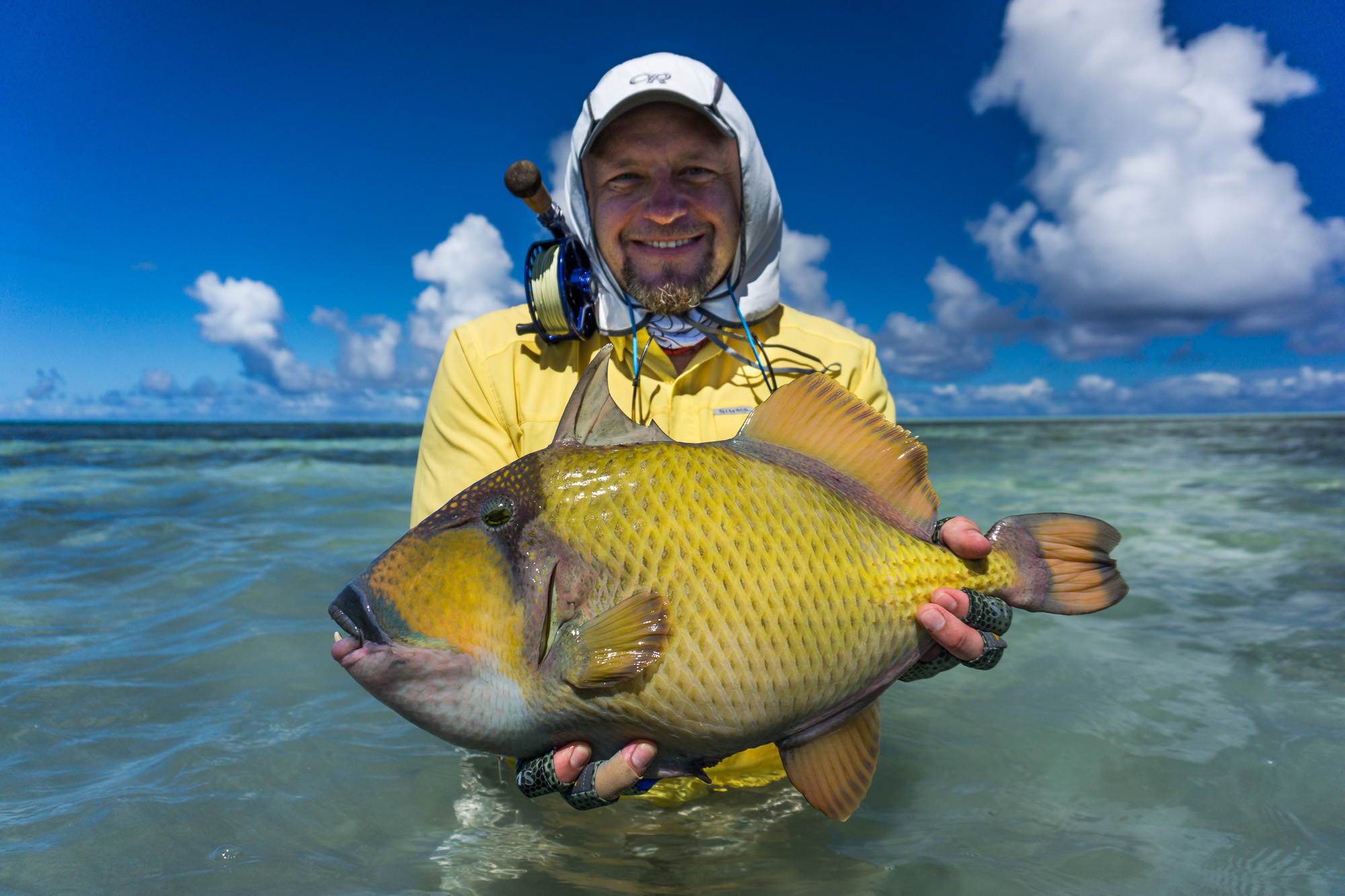