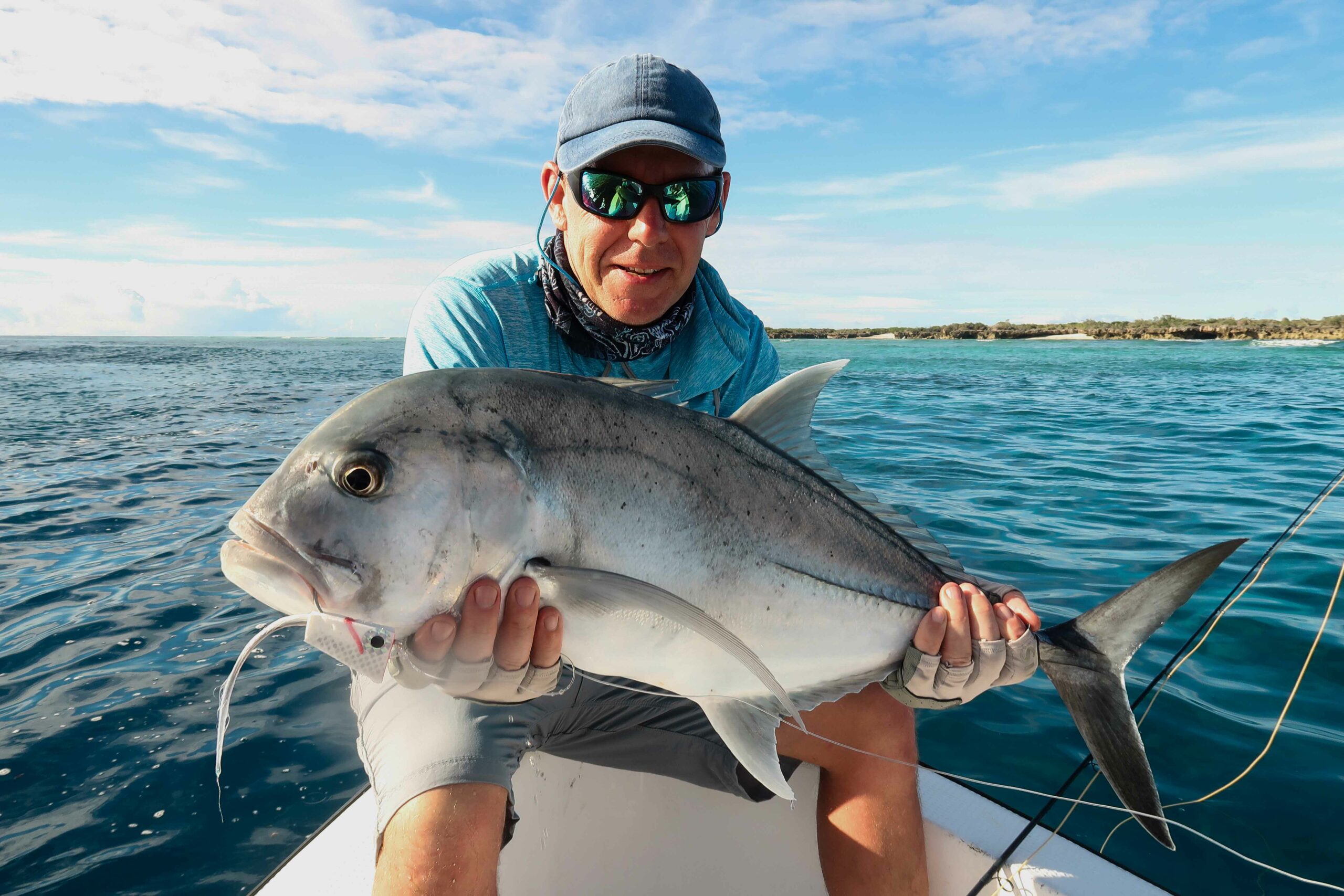 This week was a very special week out at Astove Atoll as we had the Veevers-Carter Family, who once inhabited Astove in the late 1960s, return for a visit to experience the progression of its development.

Neap tides gave way to excellent fishing for Bones in the mouth of the lagoon and also for other species on the reef when accessible.

Digby Veervers-Cater keyed in on the lagoon revisiting his childhood days, where he retired from hand-lining and recorded daily catches of 20 or more Bonefish on fly. Mark and Andrew focused their morning sessions in the lagoon, racking up their Bonefish numbers as well as a few GT’s ranging from 60 – 75 cm and spent the majority of their afternoon’s outside landing GT on the tease and one Dogtooth Tuna in very challenging sea conditions.

Ron Benck returned to Astove to pursue big fish and the atoll delivered as his list of impressive catches included a 110 and 104 cm Giant Trevally, two Dogtooth Tuna measuring in at 20 kg, an 85 cm Black Jack, a handful of grouper species and one Potato Bass estimated at 45 kg, that was safely released by one of our divers who happened to be nearby.

Ron took a short break from fishing outside and managed to stick a respectable Moustache Triggerfish on the reef and another was landed by David within the first few minutes of the last day of his week.

A big congrats to all of our guests this week for bagging some excellent catches and we look forward to welcoming them back to Astove next season. 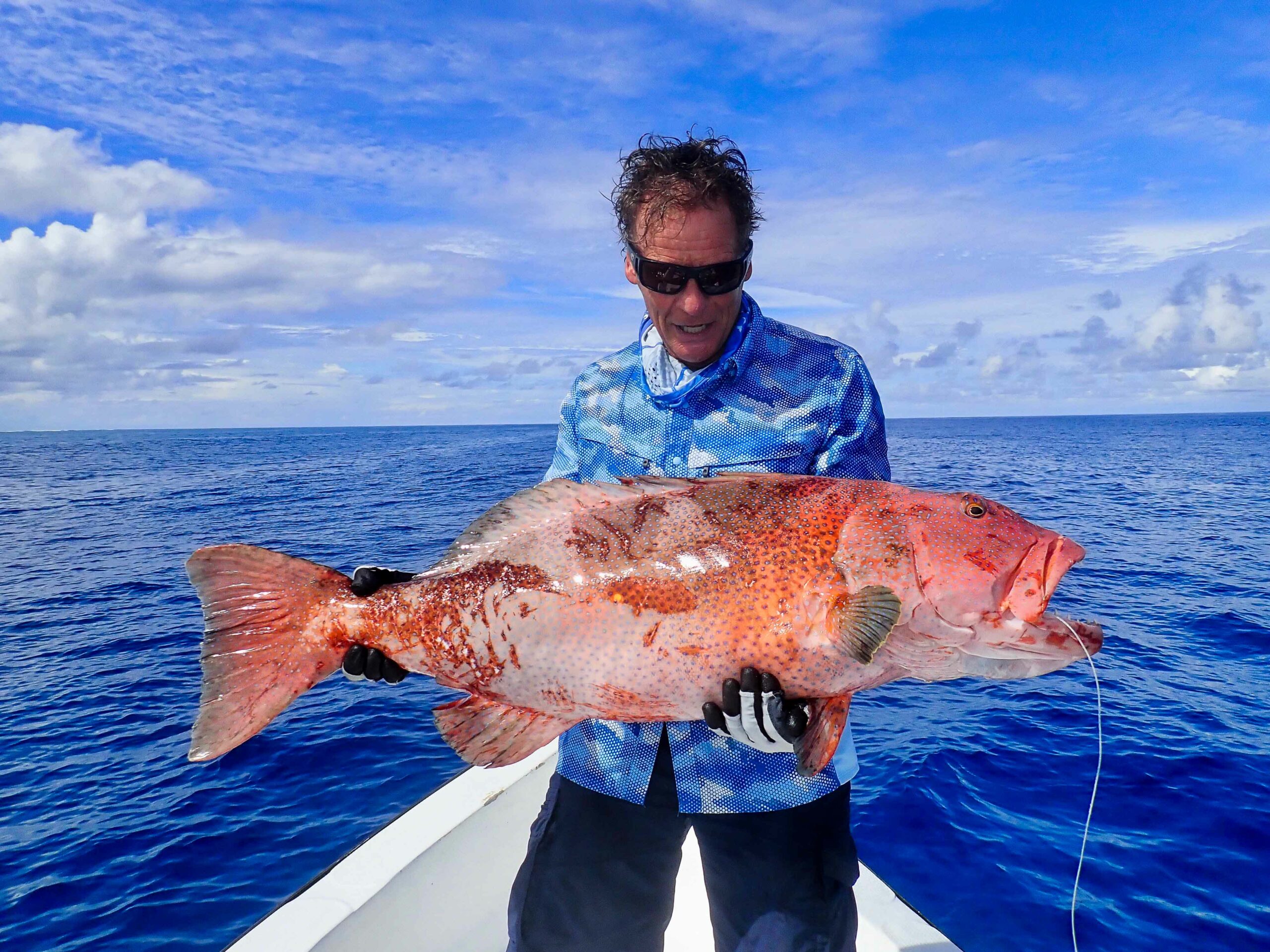 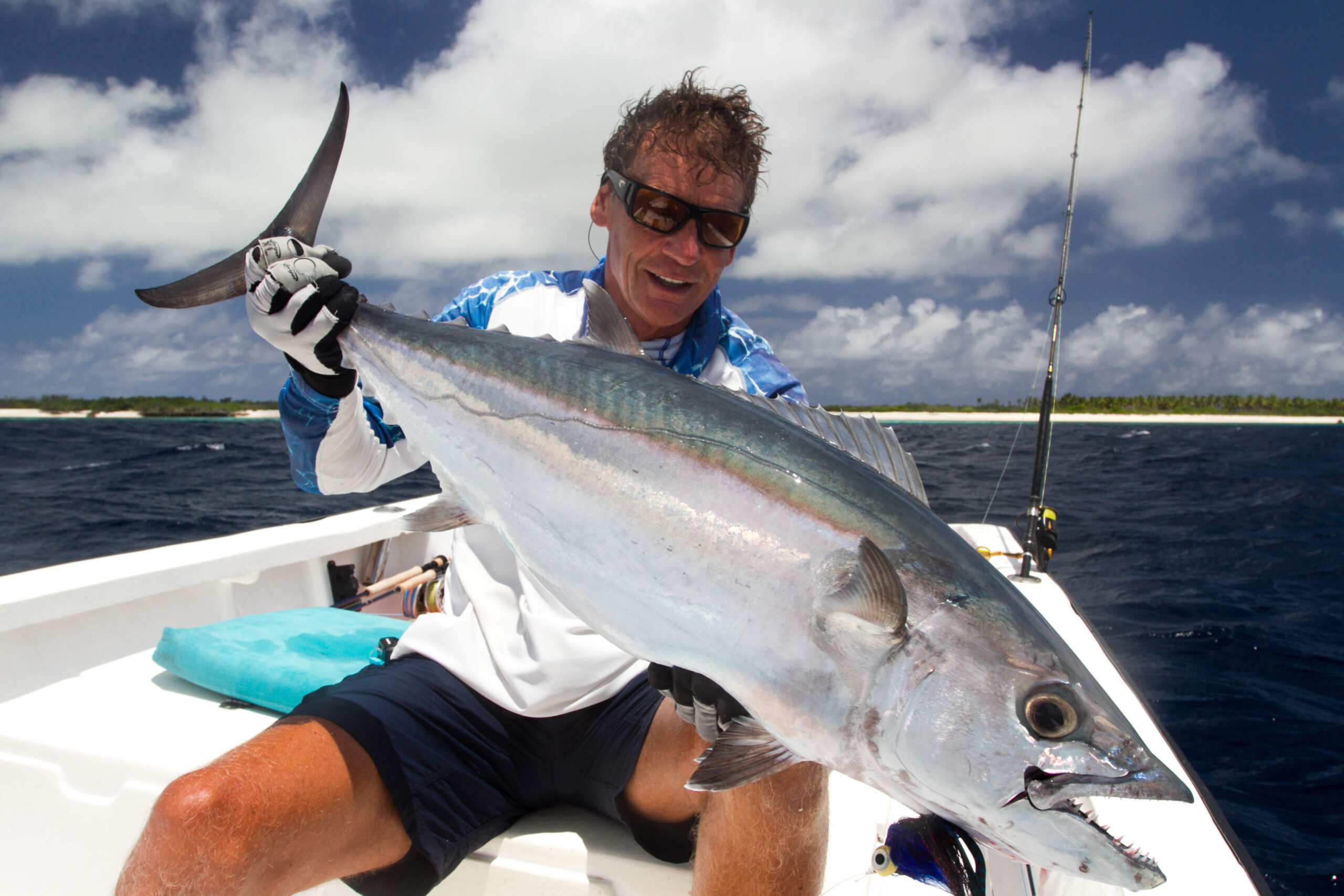 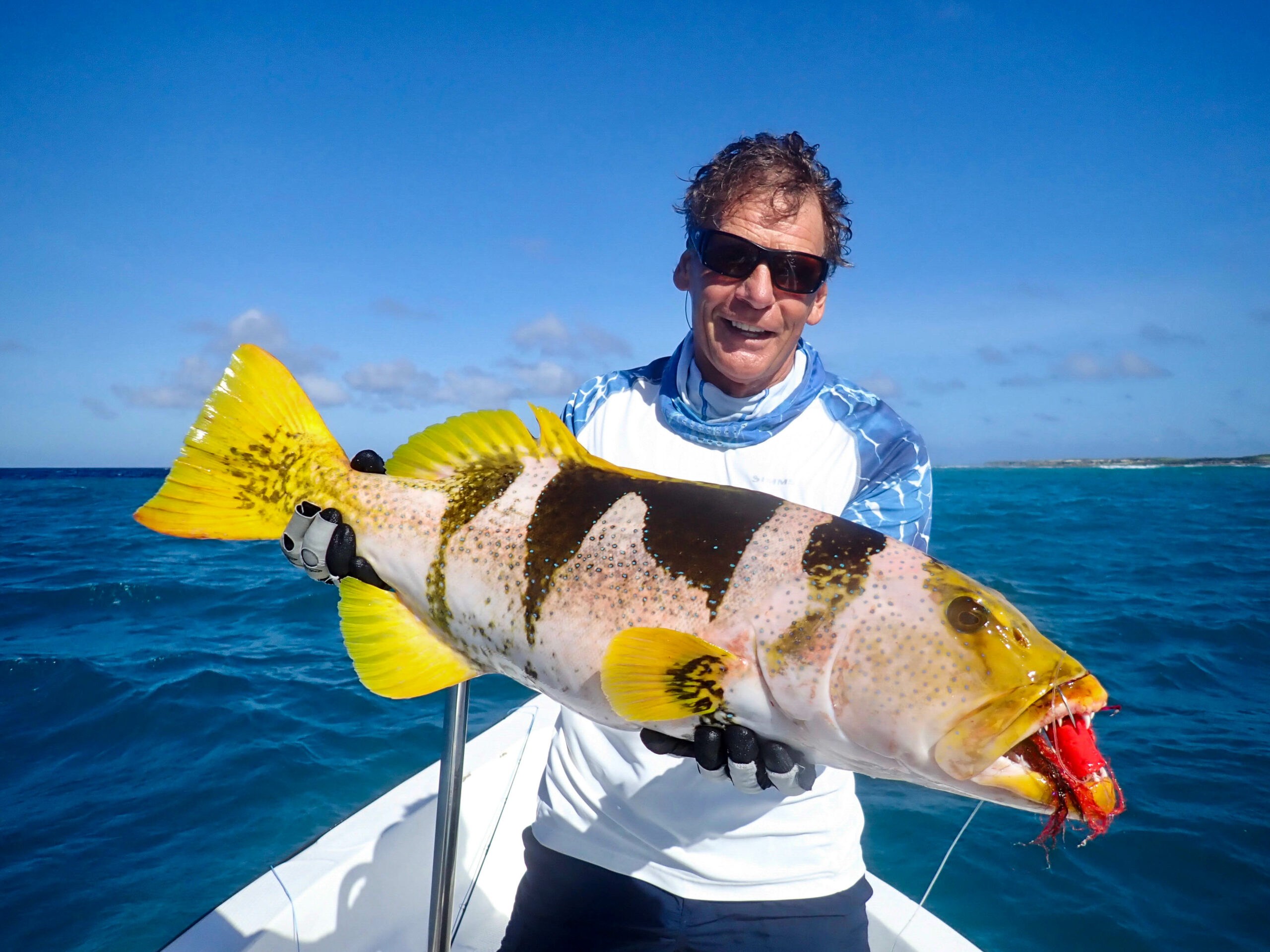 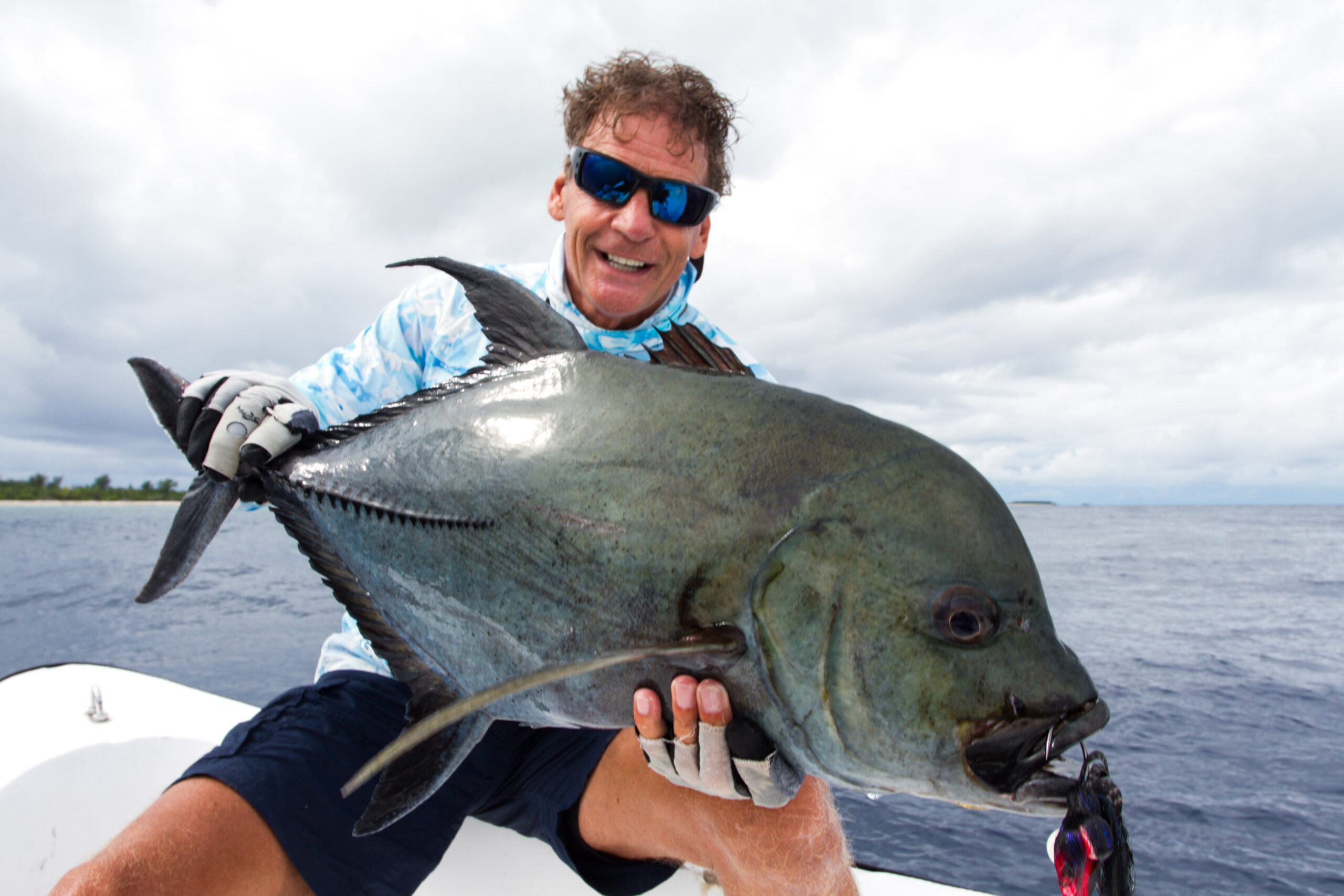 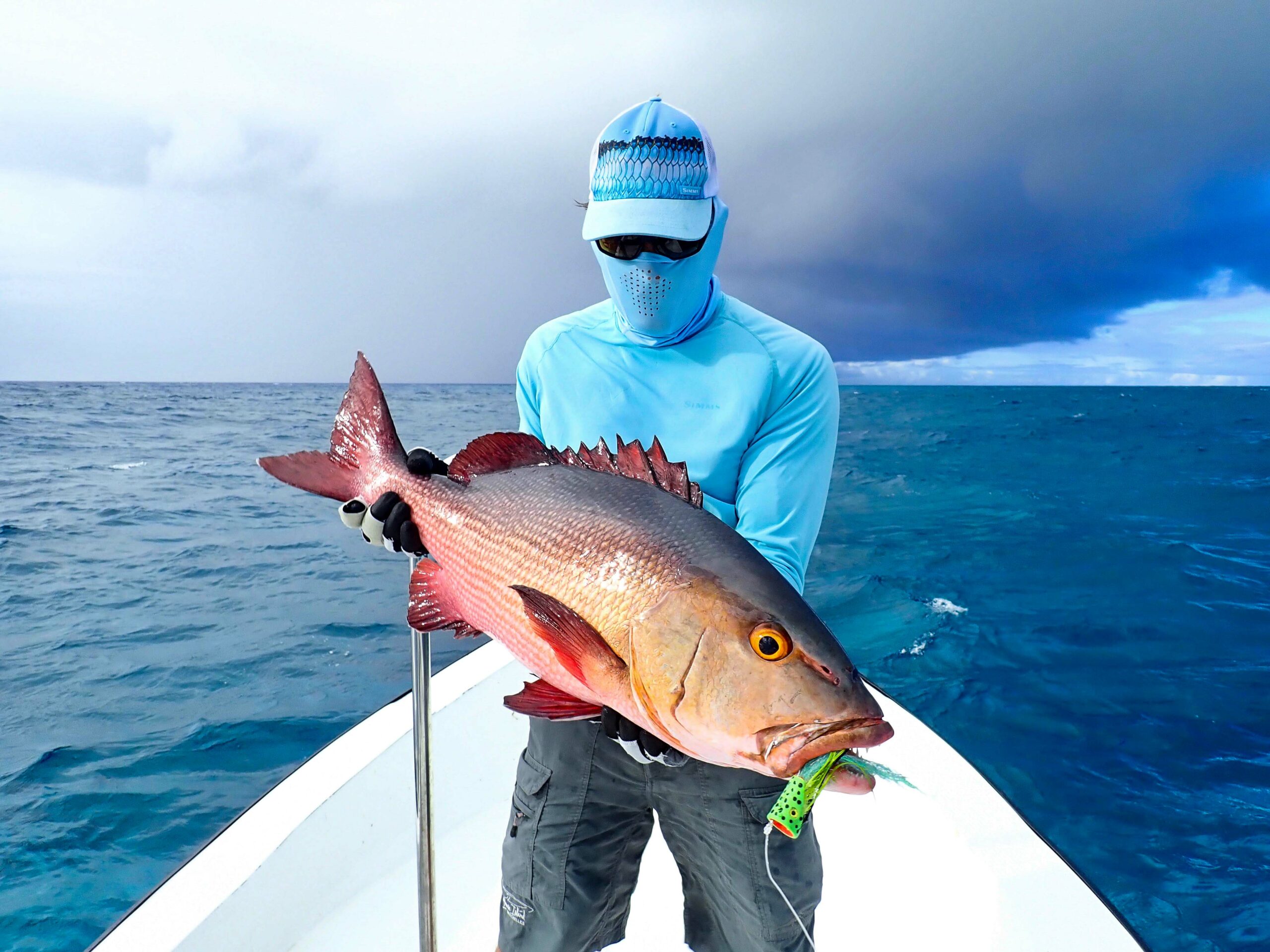 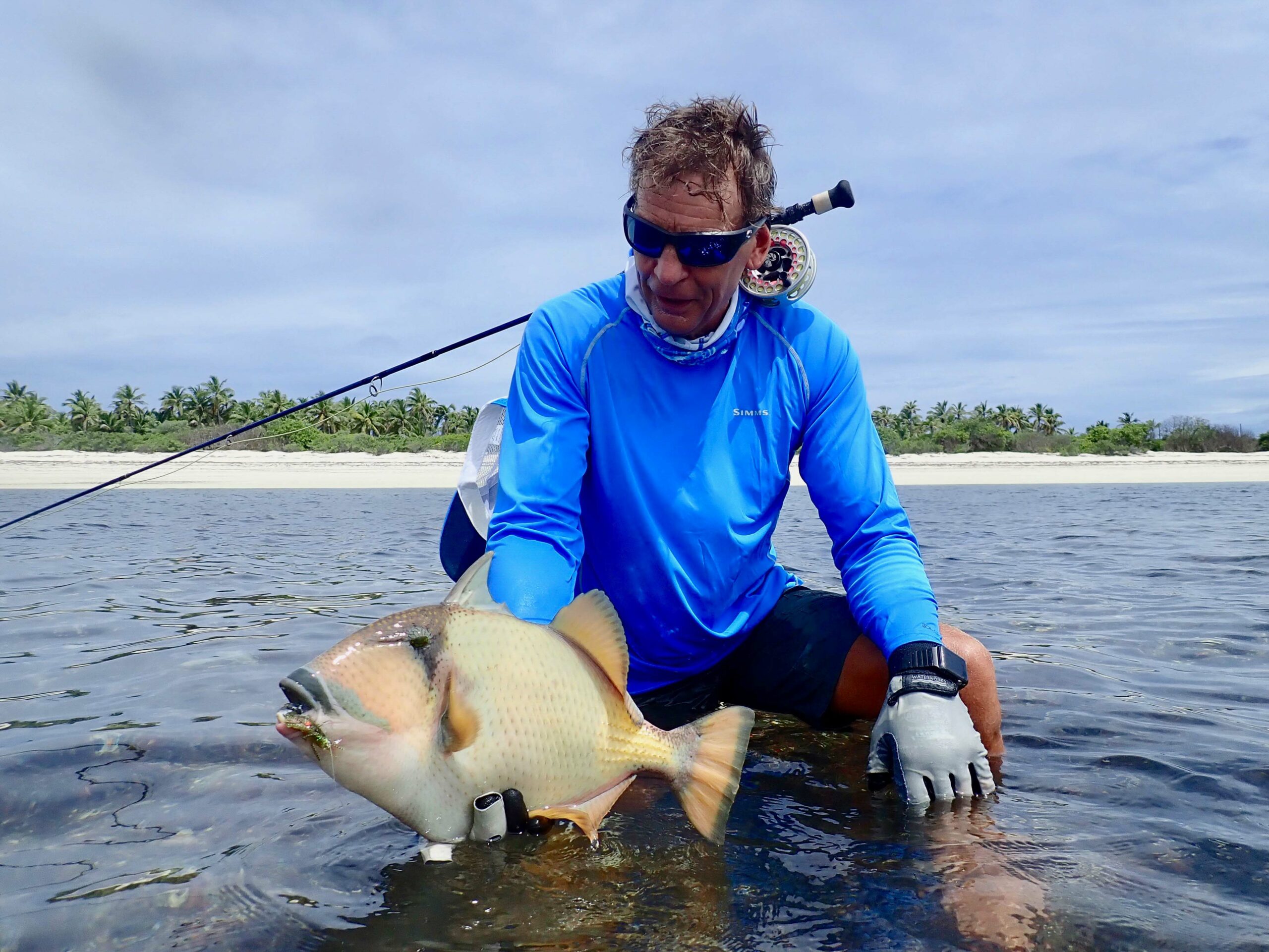