Despite the uncomfortable weather patterns over the Outer Islands of the Seychelles this week the team of guides and guests still managed to get out to the flats of St Francois every day.

The slower moving water during the neap tide insured cold clean water throughout the lagoon, which was great for Sunday Bonefish therapy.

Changing weather patterns and positive approaches led to being a remarkable week on the flats. Richard Sanky joined the ”Holy Grail Golden Club” with his first Indo-Pacific Permit stretching the tape to 60 cm, a remarkable trophy to be very proud of.

Milkfish-Mike Nowak landed the biggest GT of the week, measuring in at 120 cm. It doesn’t get any better hooking a monster like this on the white sand!

The Sailfish played a fair game and Dominika and Pavel celebrated a double hook up and a successful release. Cyril Bodnar has been on a GT dry run for five seasons and this year he landed a beautiful specimen!

To top it all off, this week we had a special catch, a rare but stunning batfish! Tip of the hat to all anglers this week.

Although no GT were caught that received acoustic transmitters this week, 2 fish did get PIT tags –including Mike’s personal best GT, a 120 cm behemoth. We are currently sitting at 48 fish with acoustic tags and 114 fish with PIT tags, so we are still creeping up on our goal of 70 acoustic-tagged fish.

This week we were also able to host two trainees from the Seychelles Fishing Authority (a partner organization involved in the GT project) who were able to help with collecting the data from the acoustic receivers.

Working together with ICS we have downloaded data from 50 of the 70 receivers we have deployed around Alphonse and St. Francois, as well as the data from 10 temperature/depth sensors.

The truly massive amount of data pouring in (e.g. some fish have >100,000 detections already!) will take some time to organize and analyze, but stay tuned for some more information on their movements posted soon. 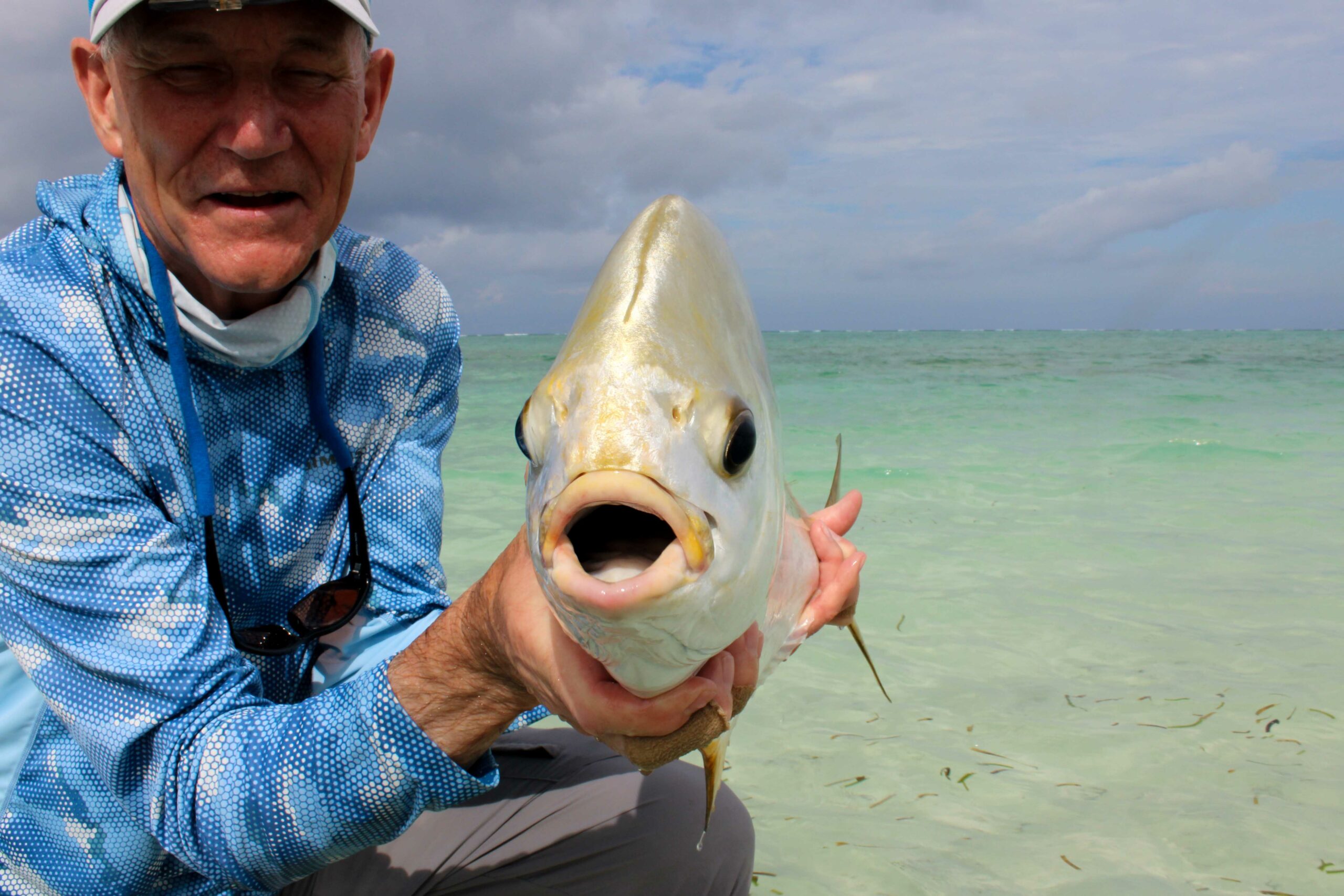 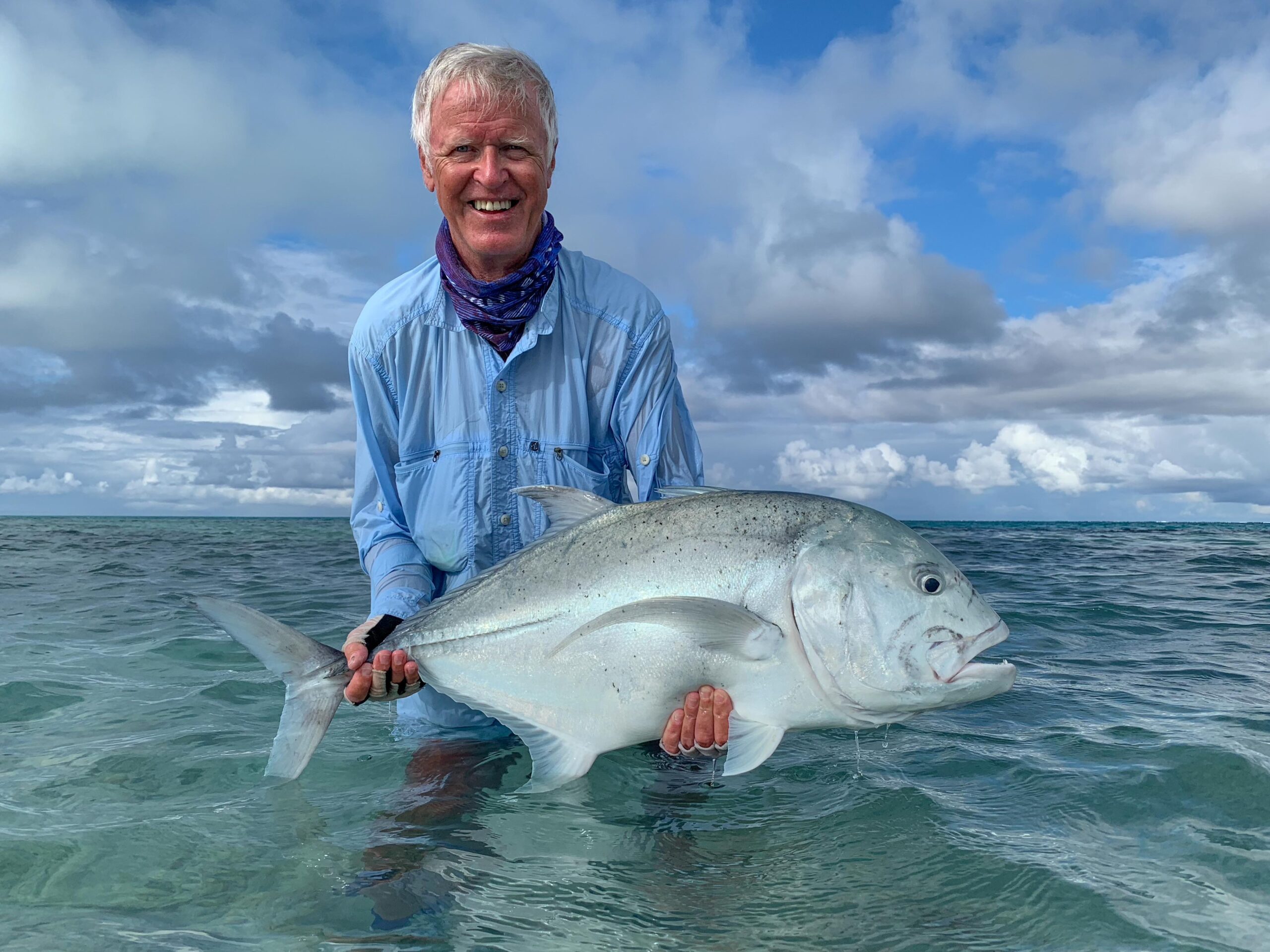 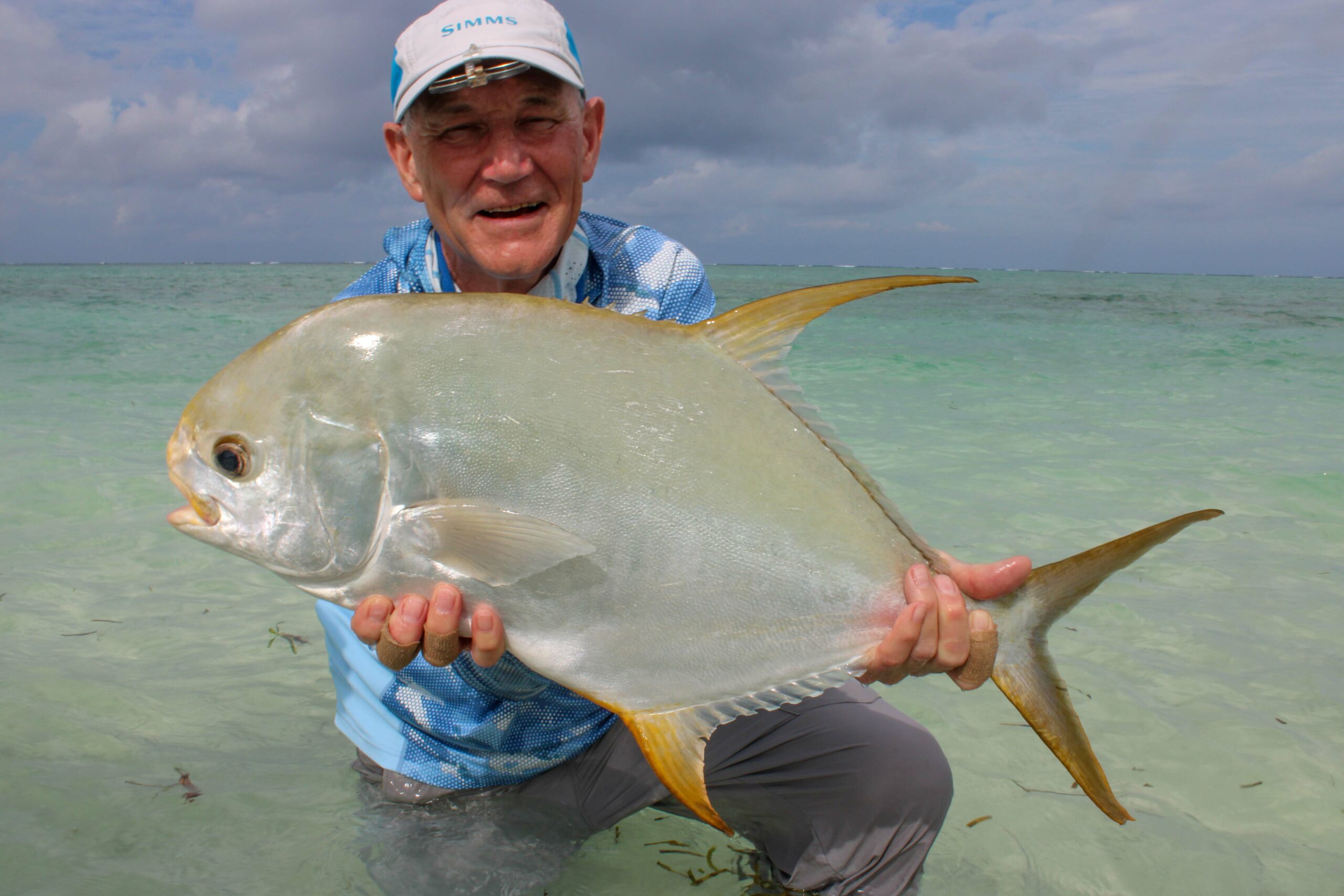 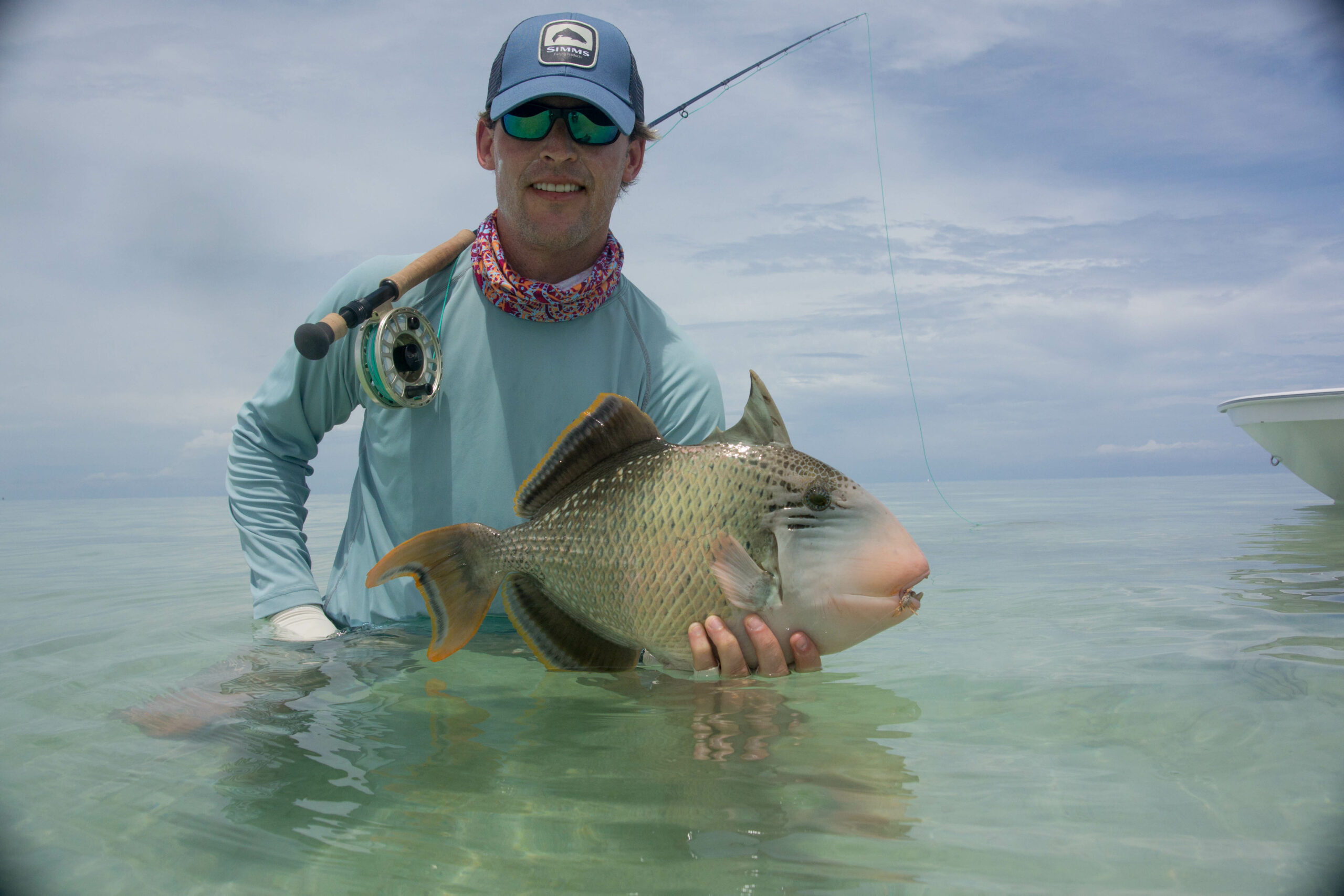 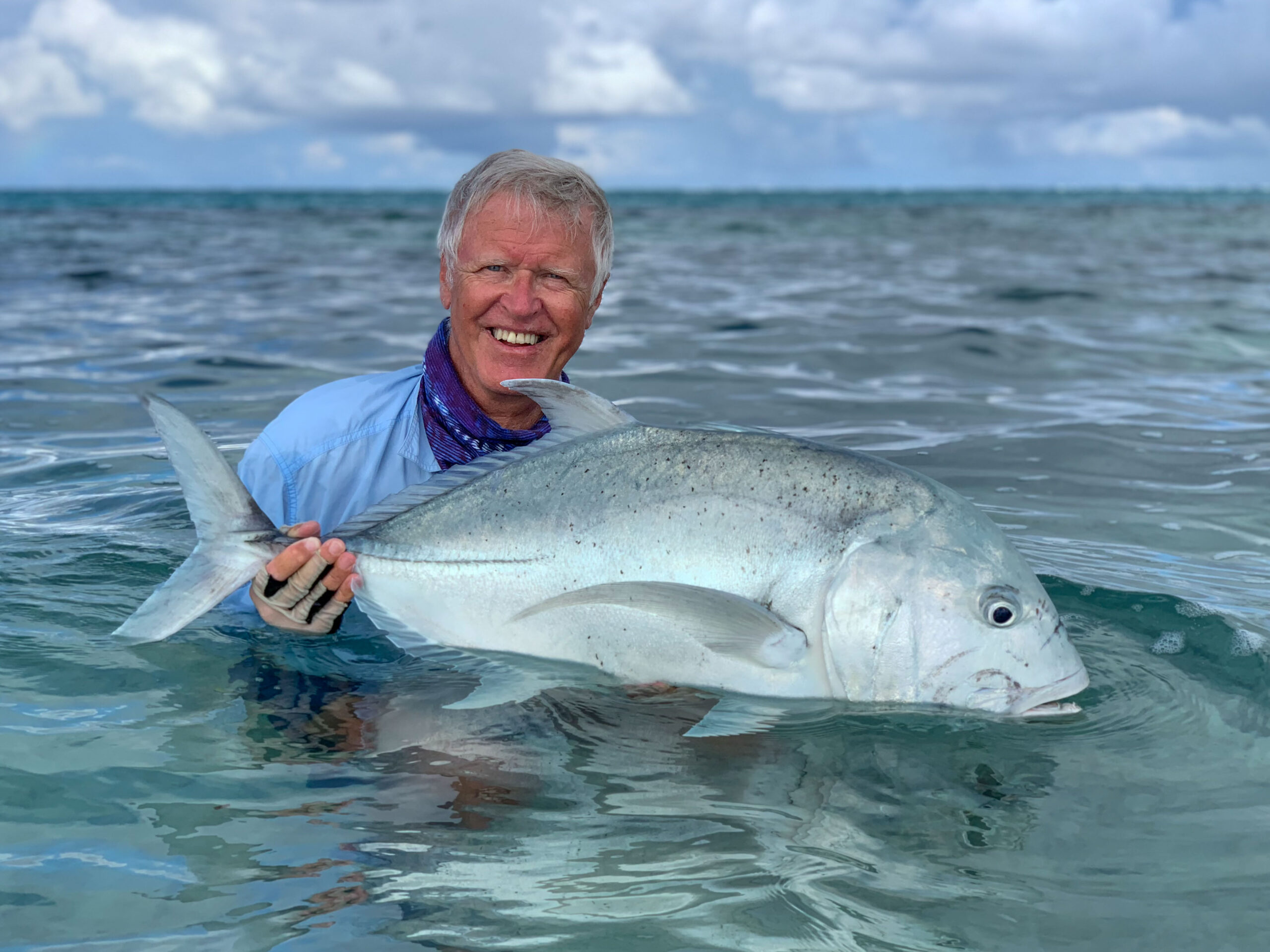 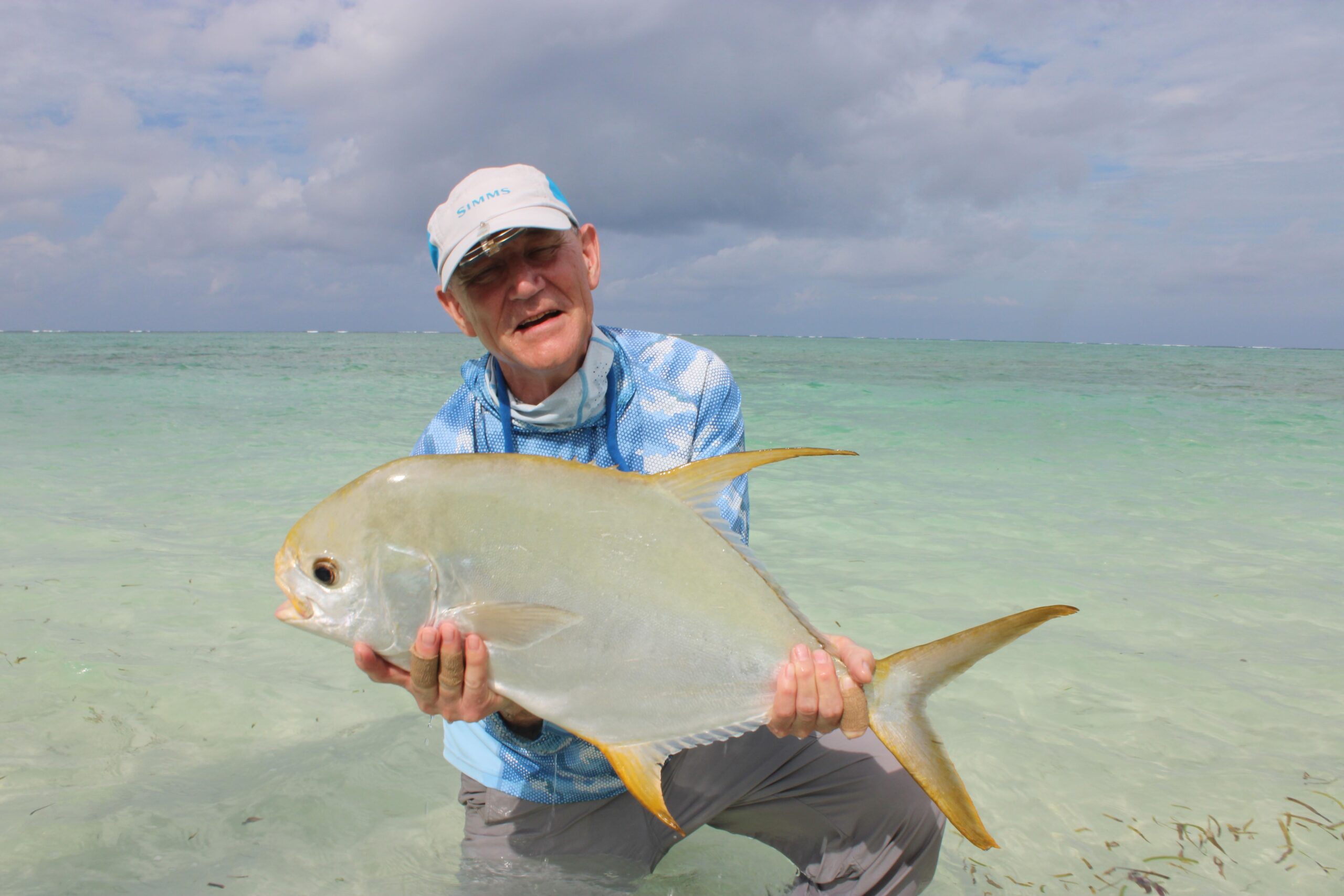