Cosmoledo Atoll Fishing News – A 123 cm Bruiser in the Surf! 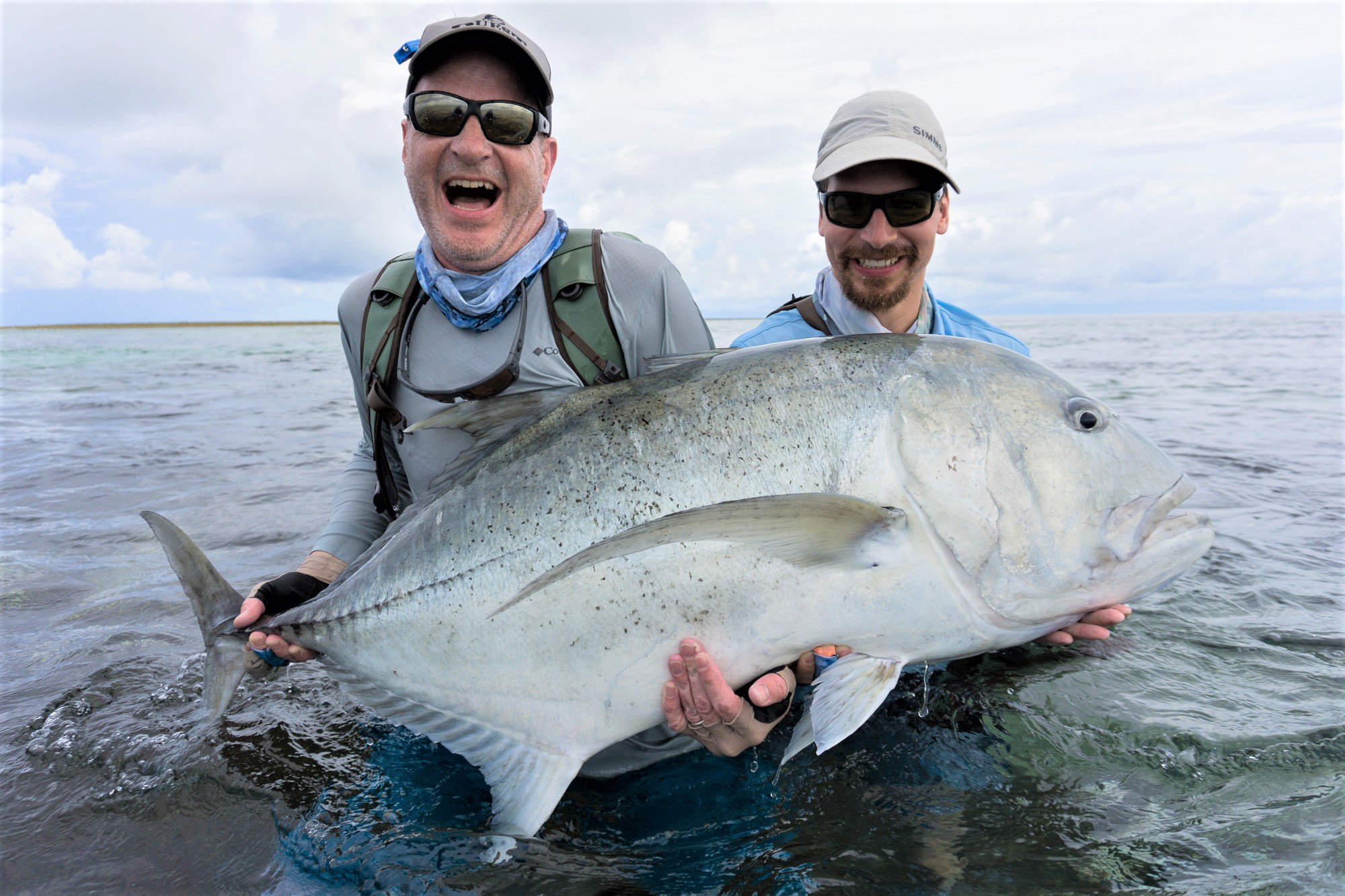 It was a full moon spring tide that greeted the group which moved slowly into neap tides as the week progressed. However, the weather left something to be desired as a large system hanging over northern Madagascar pulled some heavy clouds and strong winds over Cosmoledo Atoll.

The inclement weather definitely had an impact on the fishing this week but the group stuck to their guns and went out every day with confidence and it paid off.

A bunch of Giant Trevally’s were landed throughout the week. The weather aside, every day had stories of shots had and shots missed. Cosmo’s diversity came into its own this week as the team got stuck into a variety of species that call the Cosmo lagoon home.

At the end of the week, however, one fish stilled the whole group from raving. On day one while stalking the surf zone Kyle Keeney just so happened to be in the right place at the right time. His cast made it and it was up to the fish to do the rest! An epic battle ensued and it wasn’t long before Kyle was cradling the fish he had traveled so far to catch. A 123 cm Bruiser from the surf is a fish of a lifetime and it will definitely go down as one of the top fish of season!

All in all, the team was positive and had a great time on and off the water. 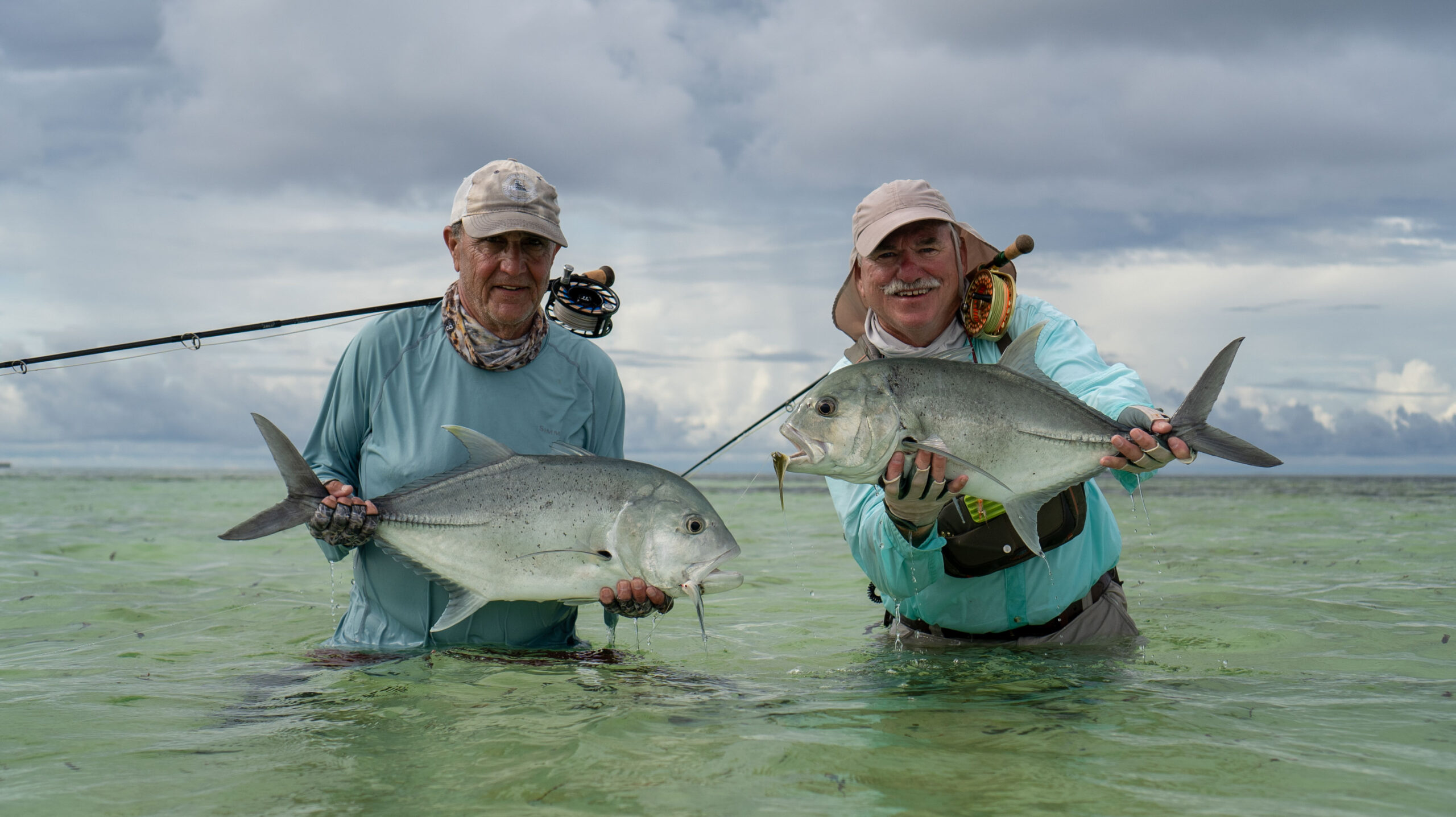 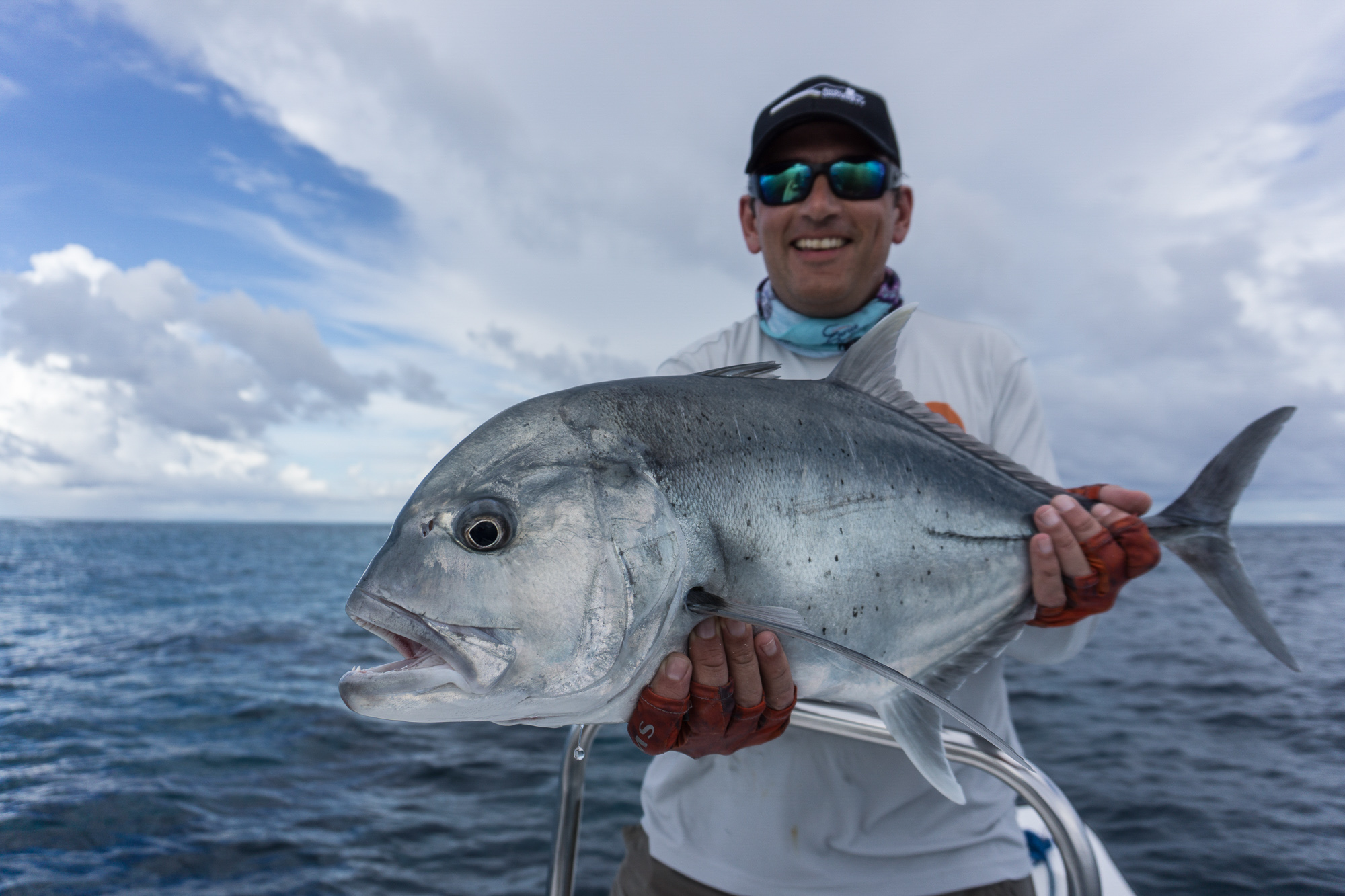 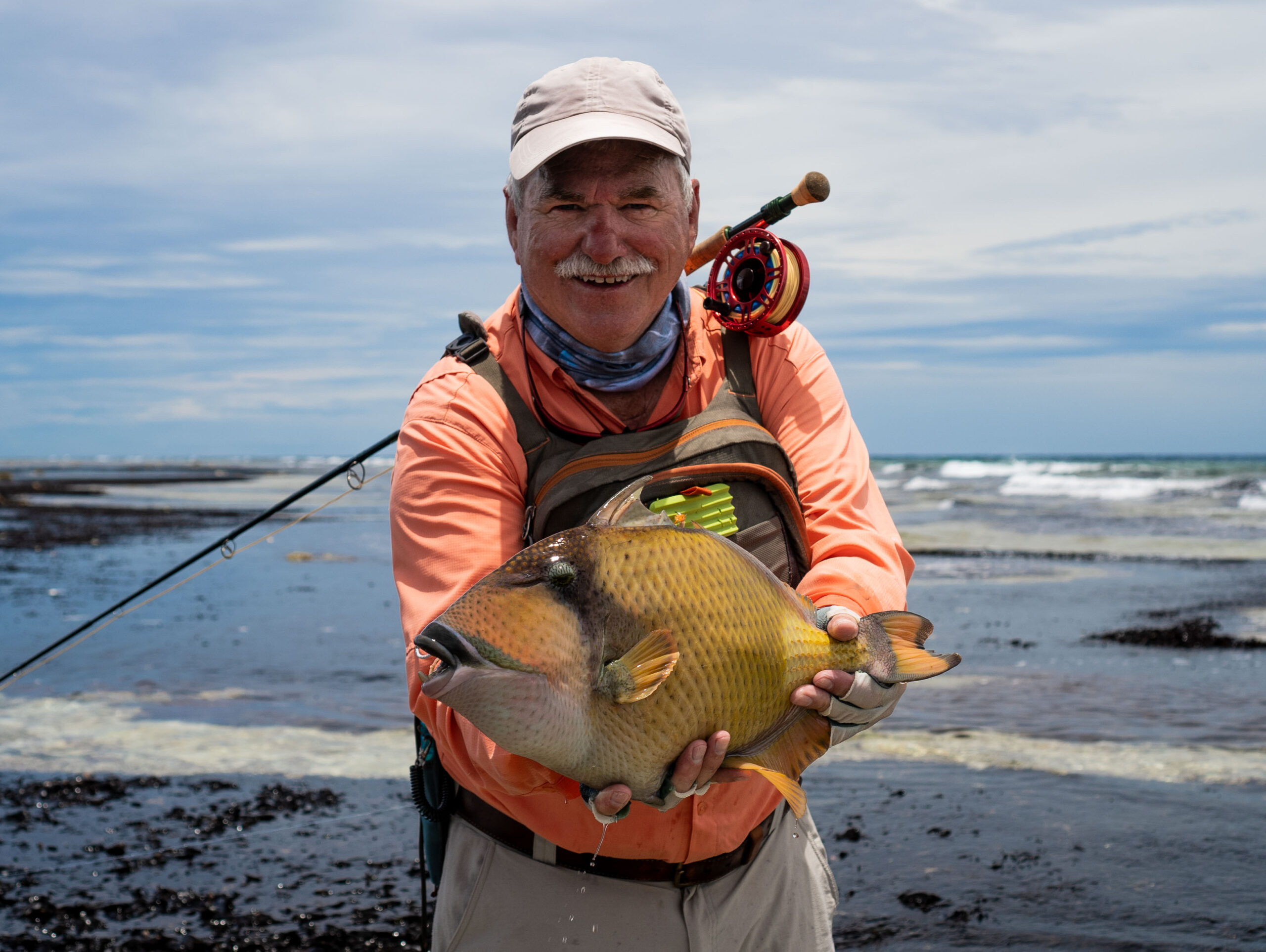 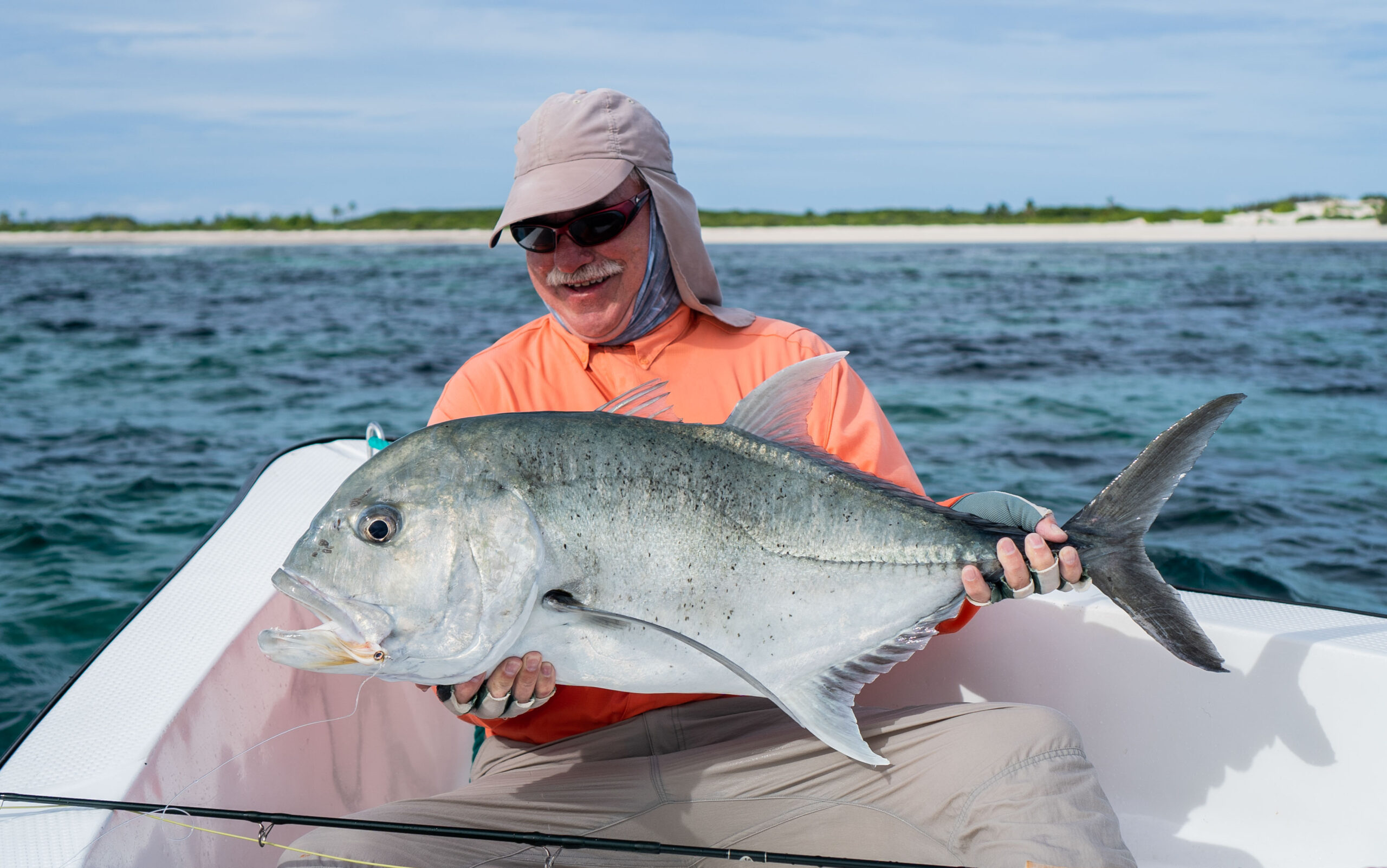 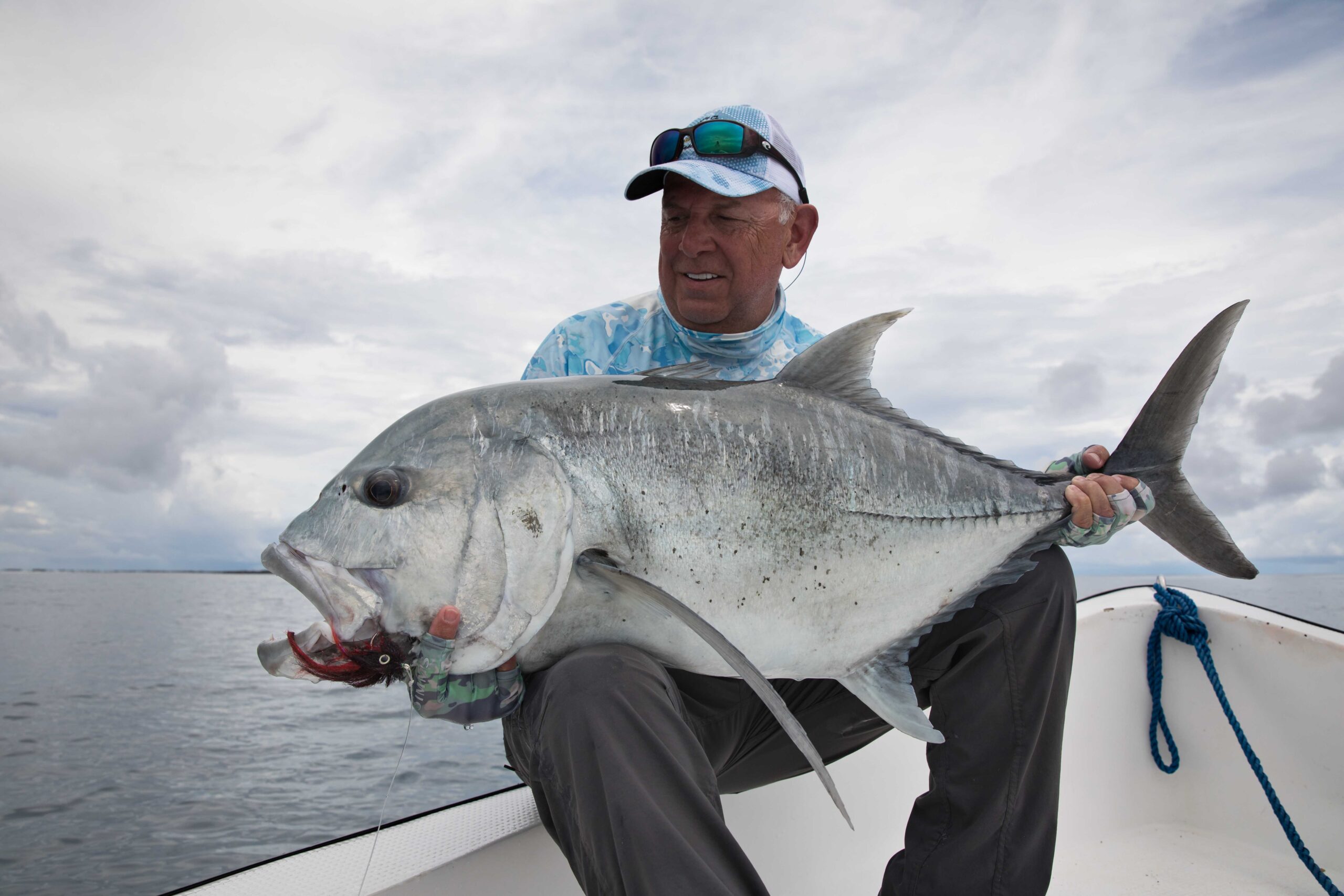 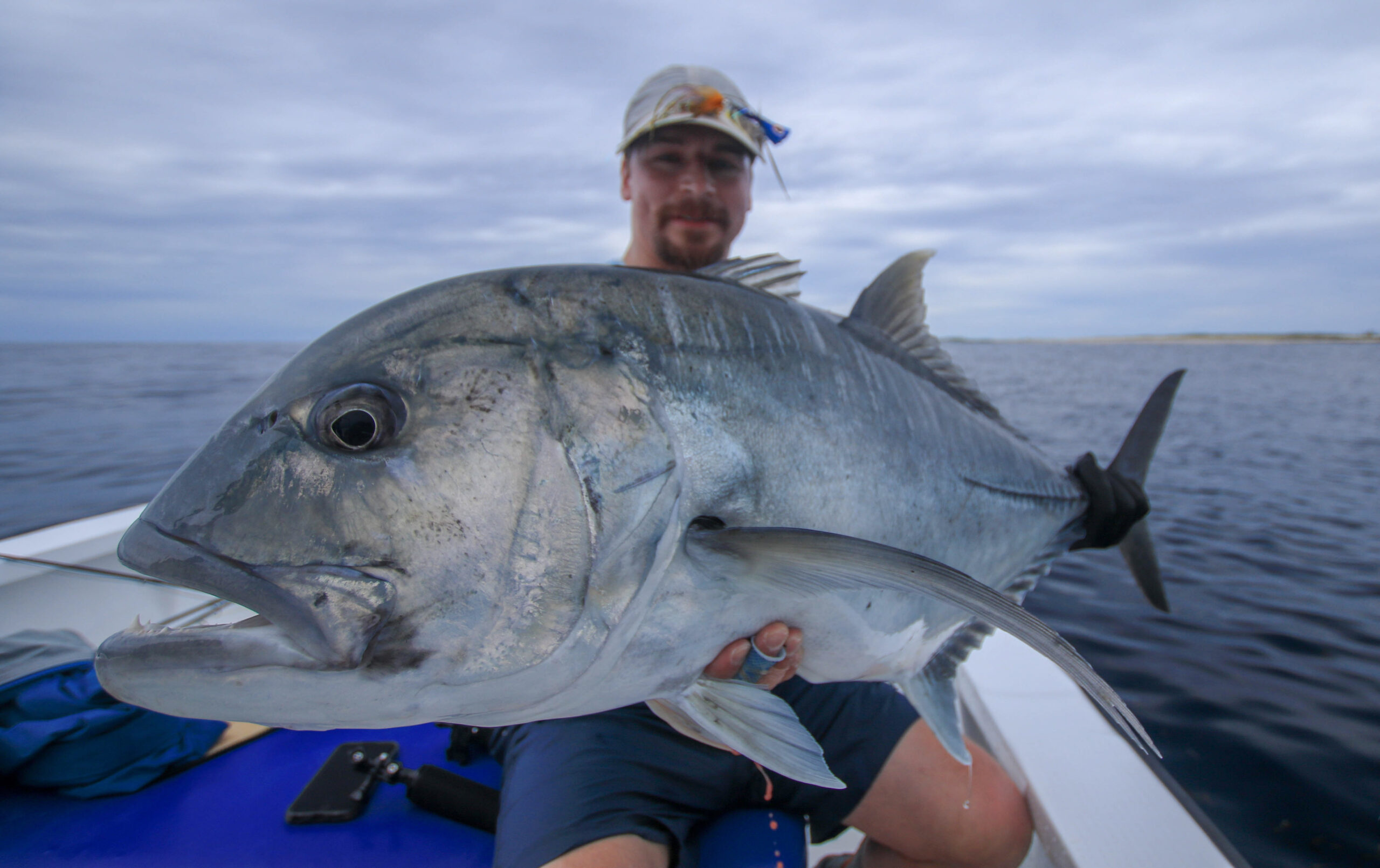