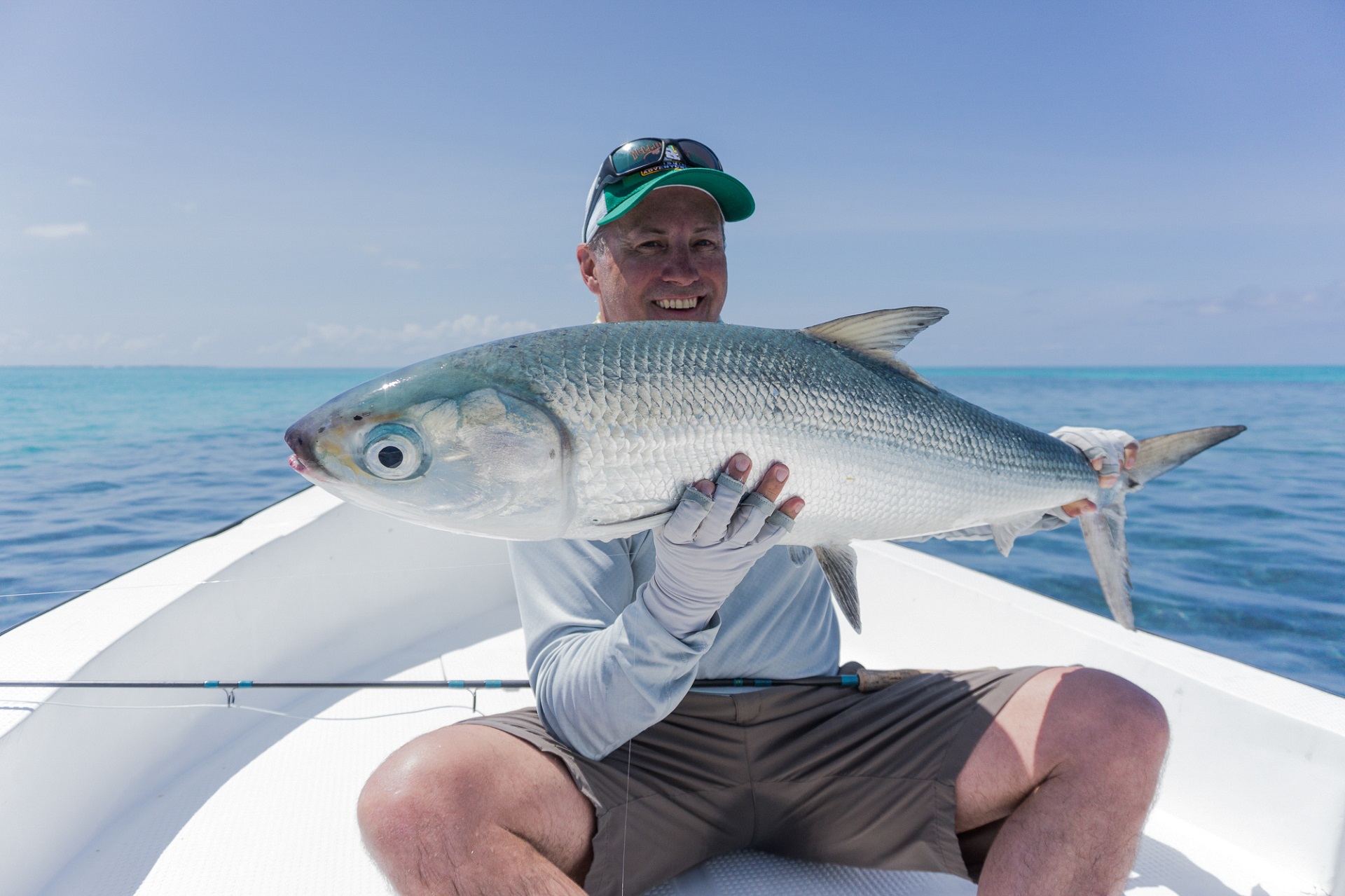 As the tides swung into the neap tide cycle we were met with some tough weather conditions for the week. Windy days and low light tested both guides and anglers alike.

During tackle set up Scott was asked about his goal for the week and he stated with reservation that he would like to catch a Milkfish. Well, it didn’t take him long to tick that box. Early on day one they came across a few Milks feeding hard high up on the flats in an unusual place. Scott made his shot and managed to hook up on the biggest fish in the pack. The battle ensued and an hour and 20 minutes later and over two miles from where it was hooked Scott managed to land his trophy. It measured an incredible 97 cm and is the biggest milk landed this season. Well done Scott!

Crevan, Grant, Malcom, Leith, Peter, and Tom all managed to land their first Giant Trevally’s on fly and continued to add to their tally as the week rolled on despite the adverse conditions. Grant had a cracker of week landing a bunch of GT’s as well as his personal best yellowmargin triggerfish.

There was great banter amongst the team every evening and a definite highlight of the week was the celebration of Burns Night where an untraditional Haggis was served and enjoyed by the mostly Scottish crew. Good laughs and memories made by all. 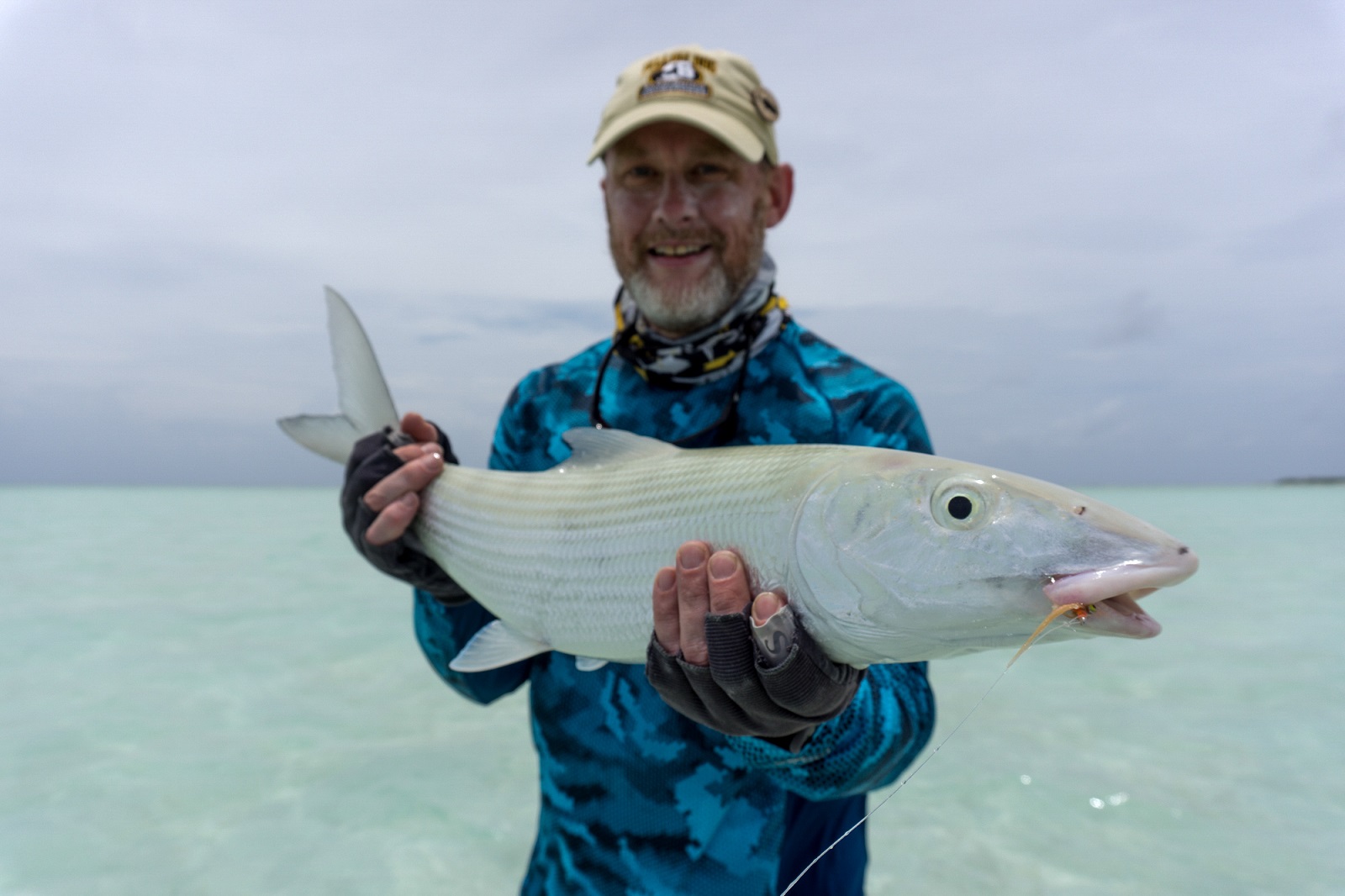 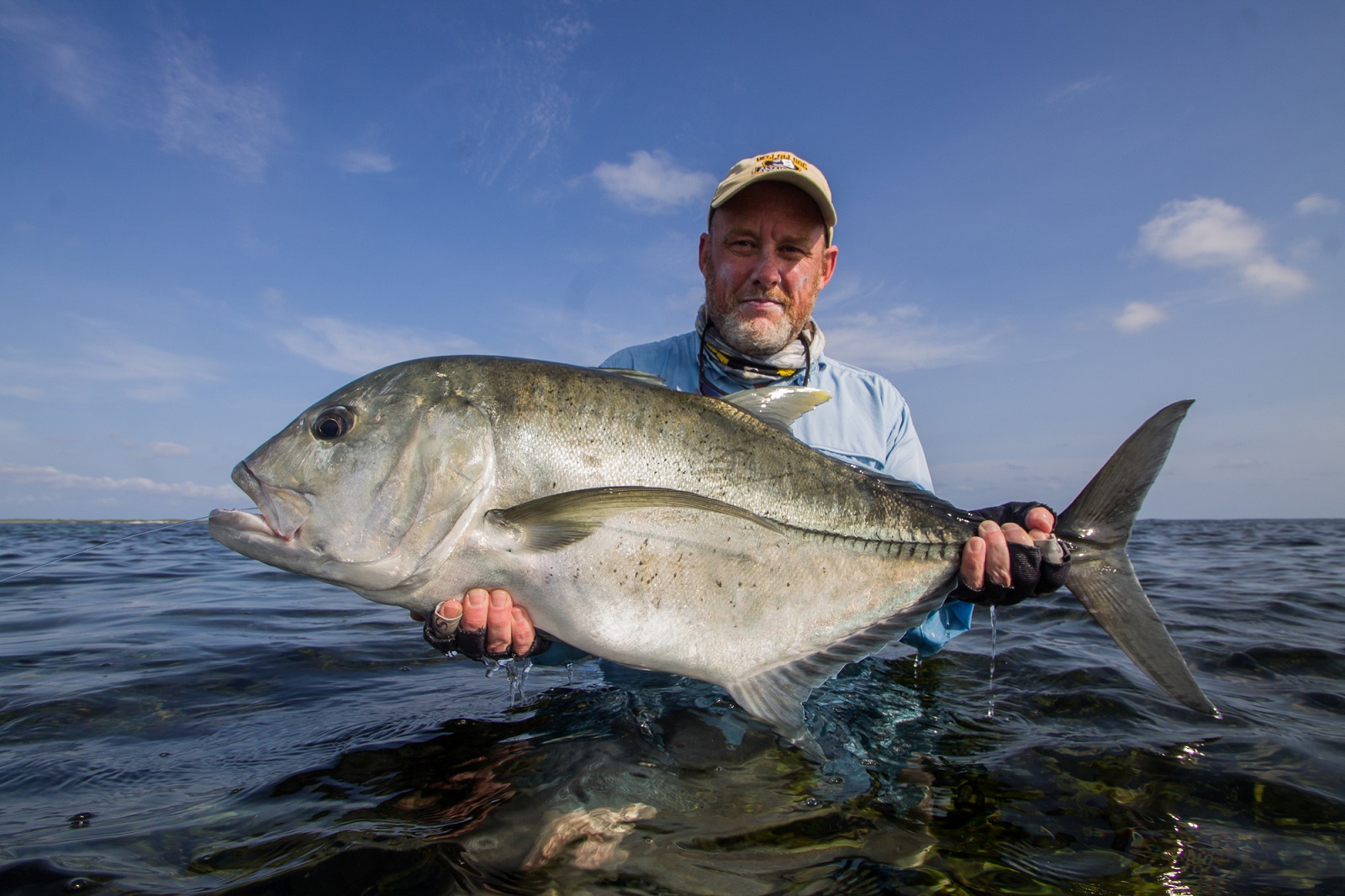 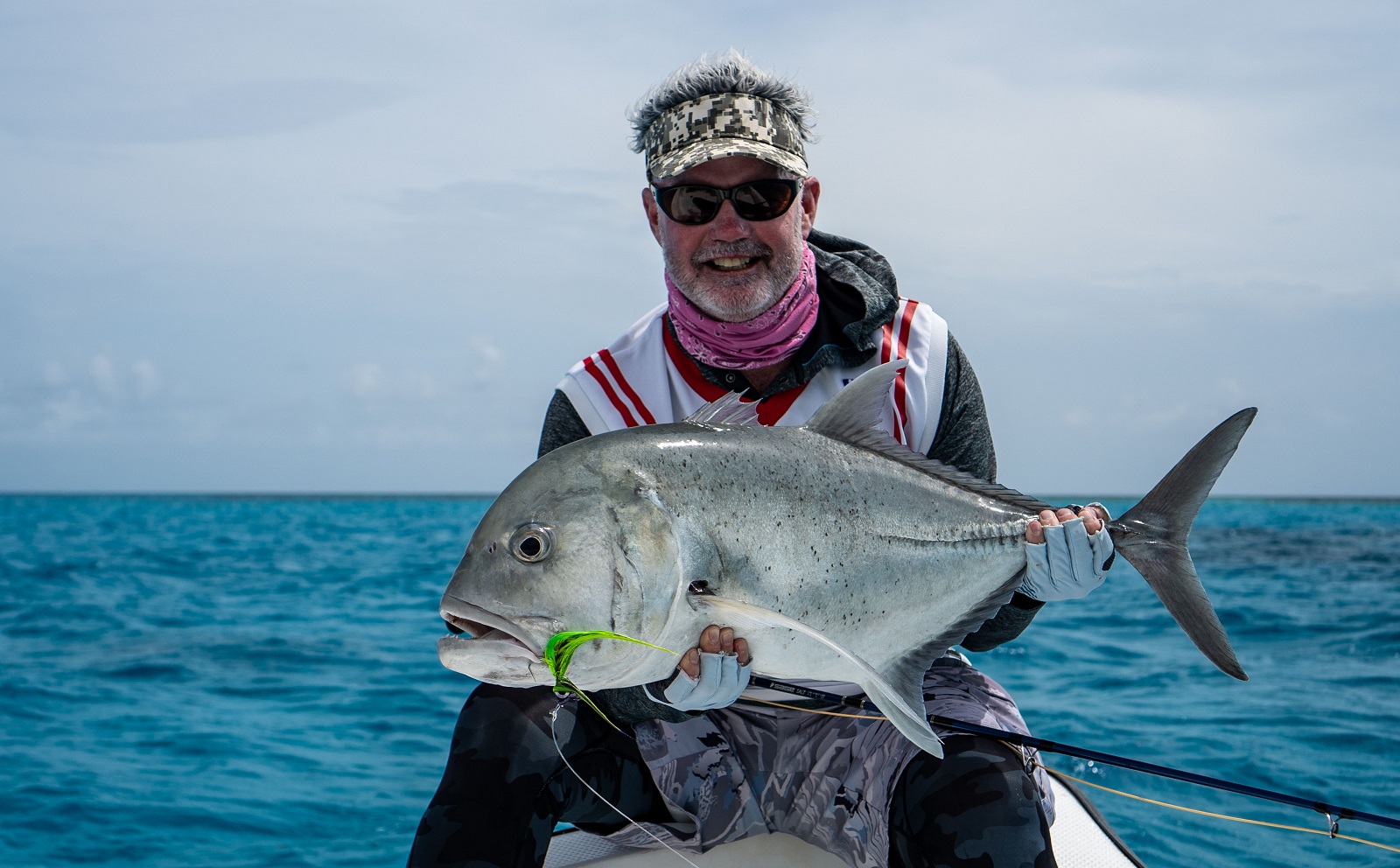 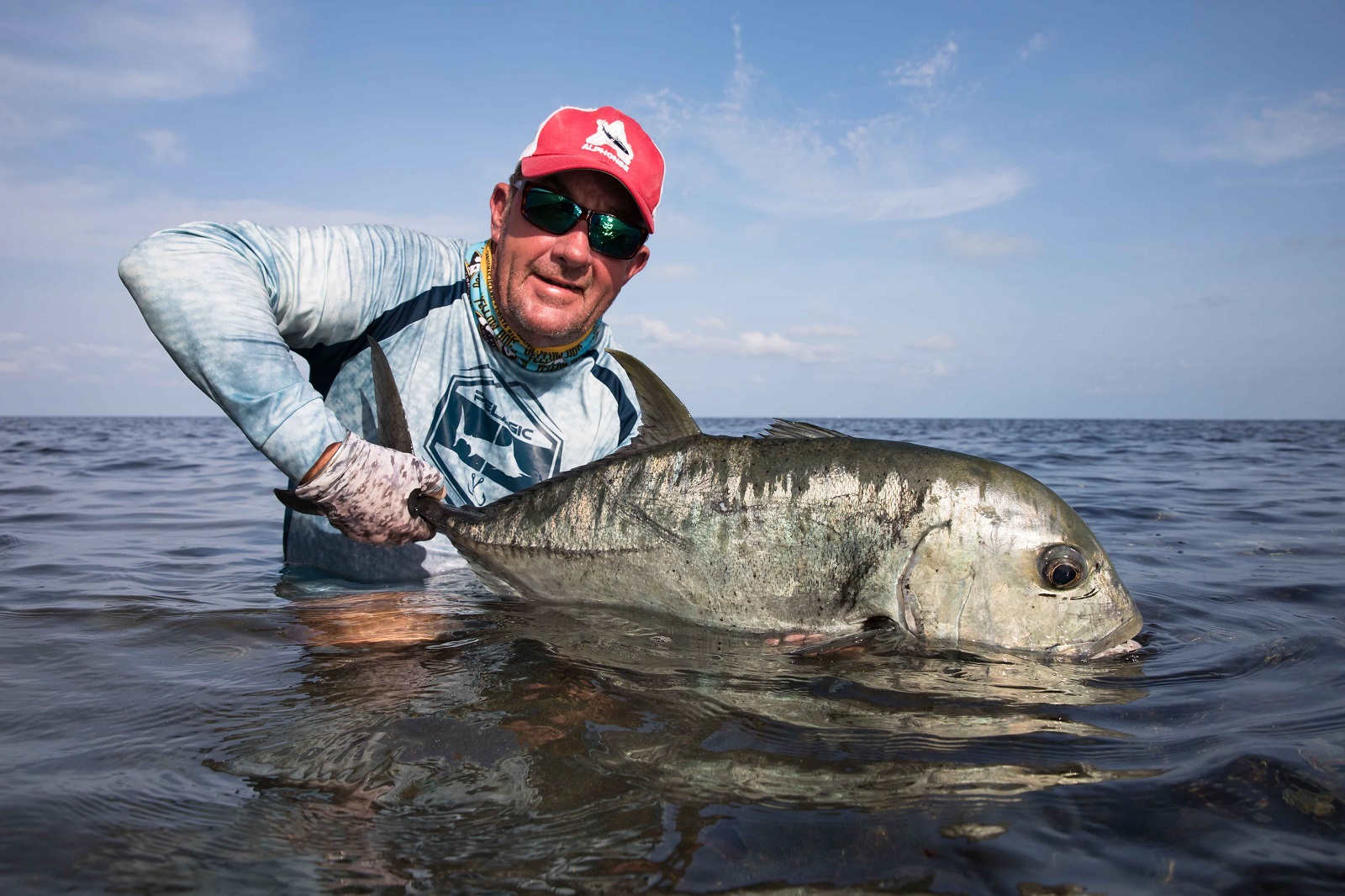 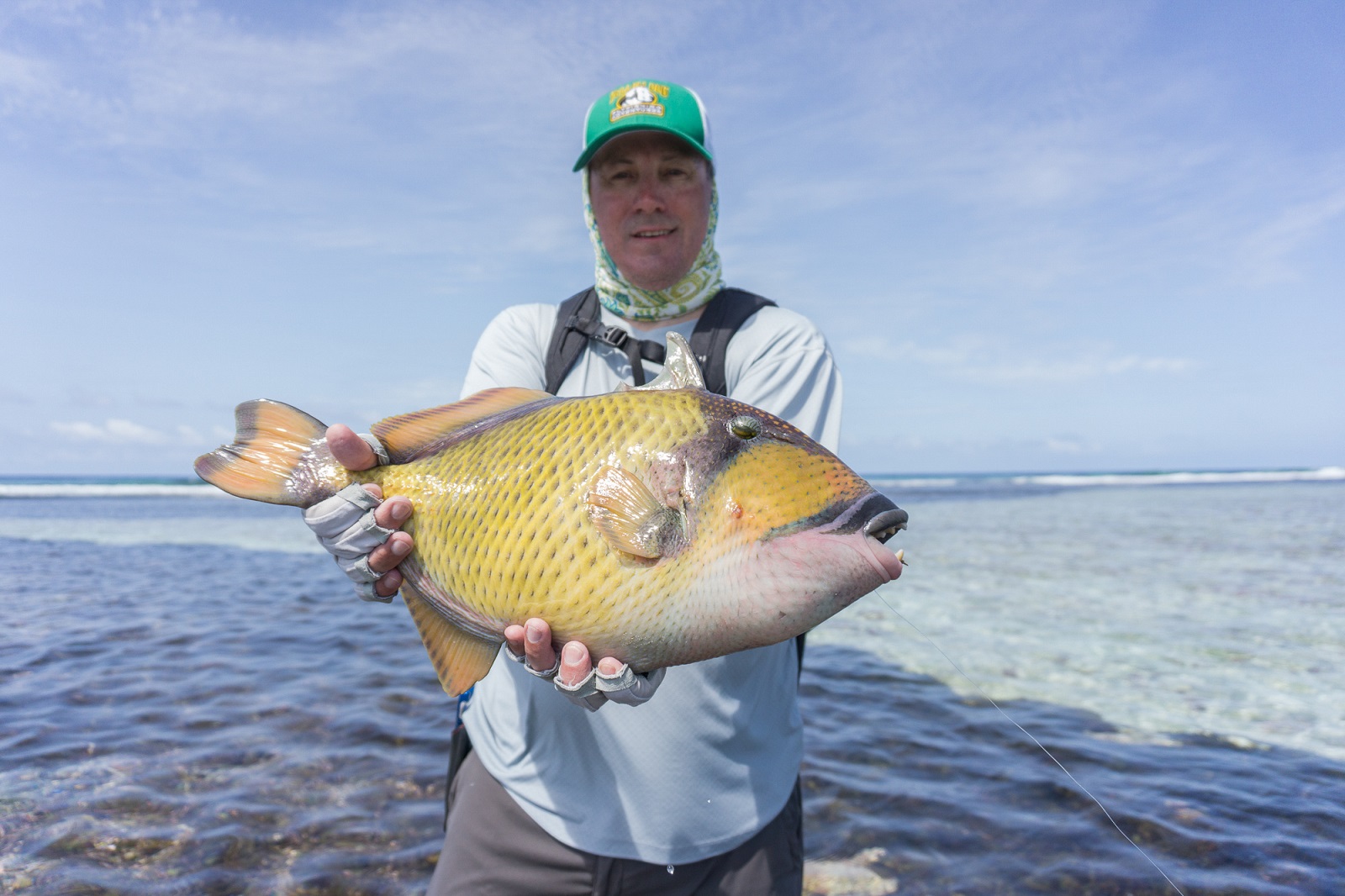 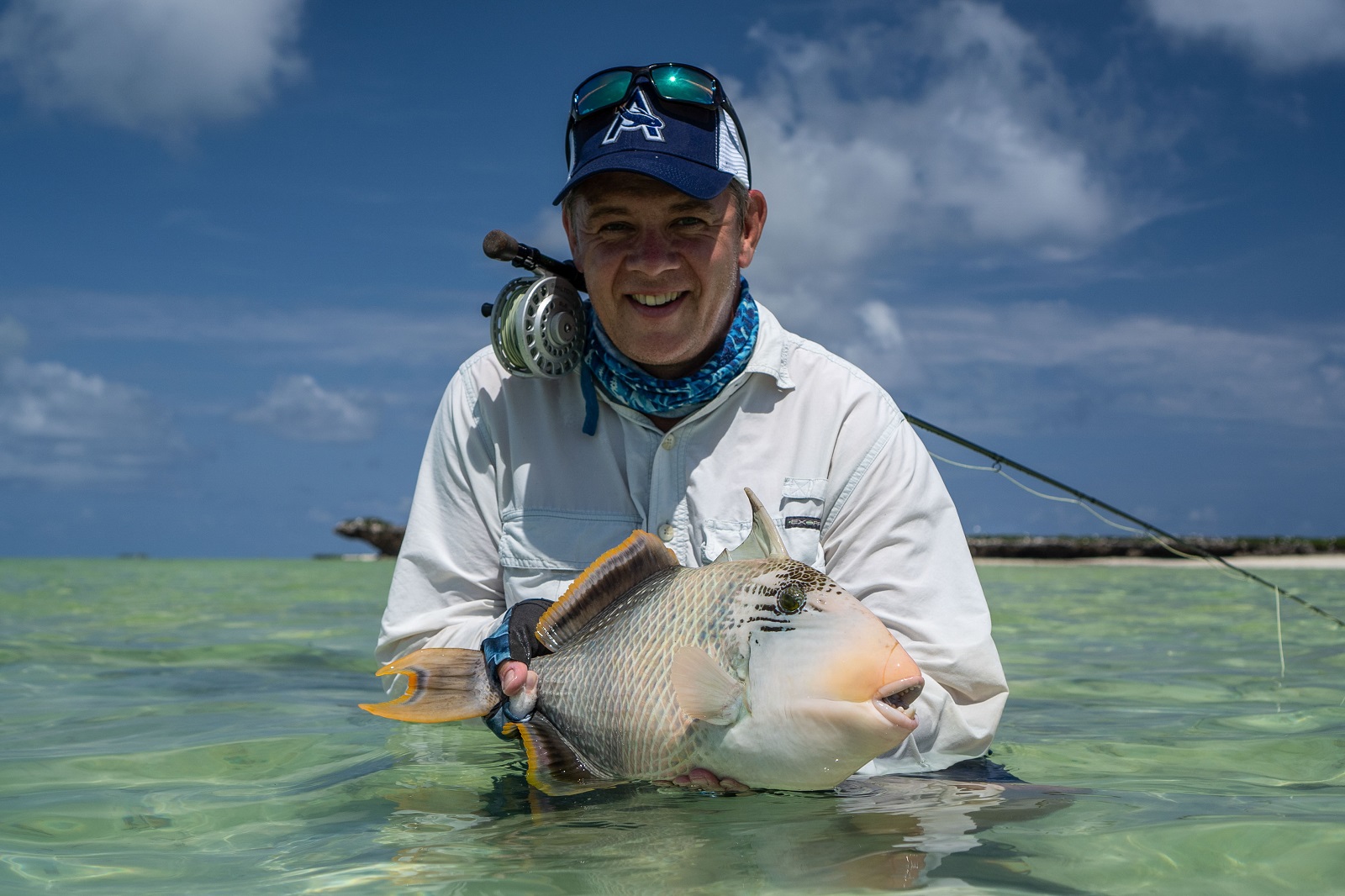