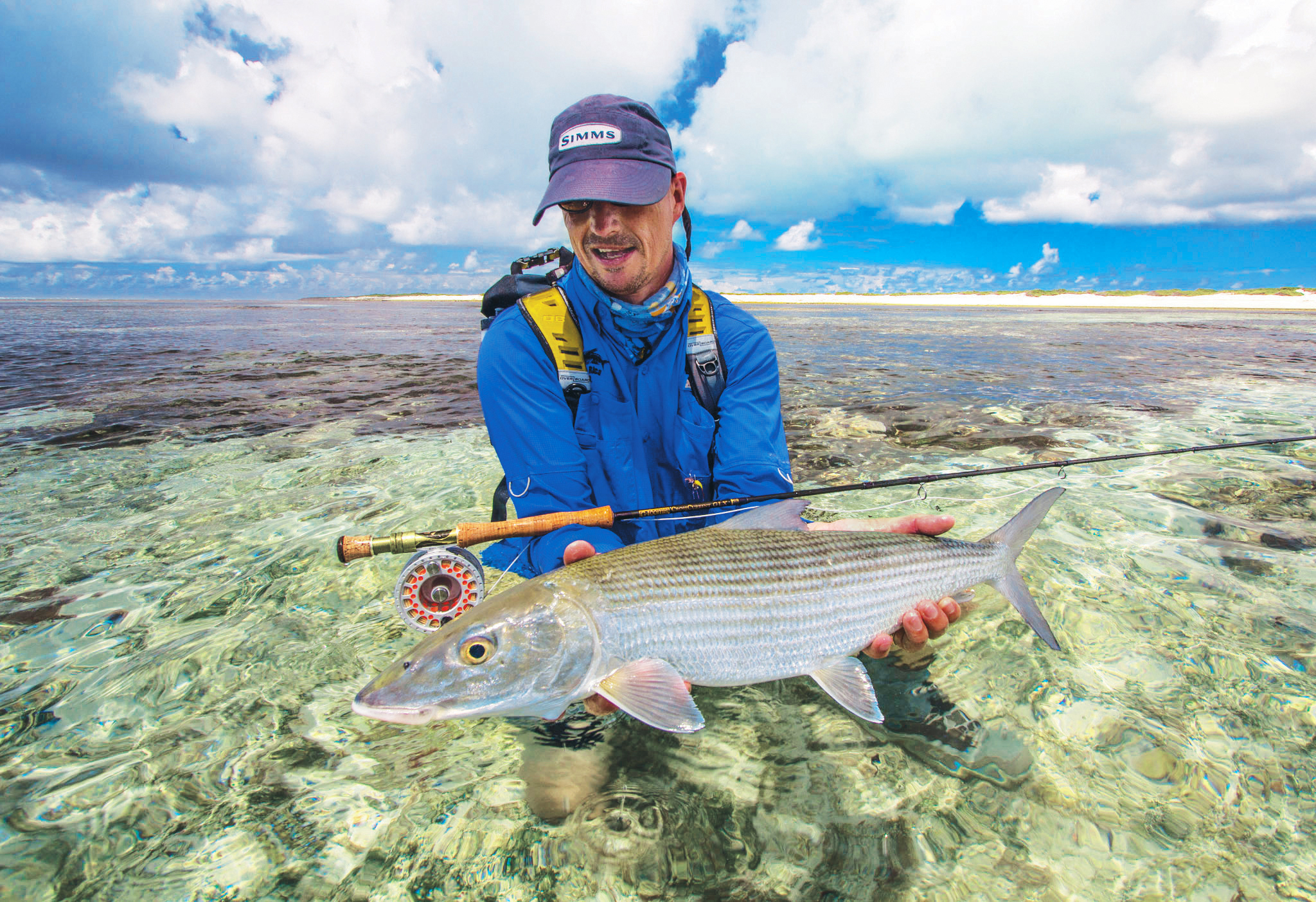 The week started with excellent weather conditions and anglers on St. Francois kicked it off well by getting stuck into the renowned Bonefish of the atoll.

Michael Spencer opened the week with a good 33 cm Permit caught at East Knoll and landed a 63 cm GT later in the week. The GT fishing remained constant throughout the week, with many fish being sighted and two good specimens landed, an 85 cm fish tamed by Tarquin Drake-Millington on the flats and a 97 cm GT caught on La Passe finger by Richard Bronks. On the same day, Richard landed a Moustache triggerfish at St. Joseph as well.

Debbie Boom was rewarded for her accurate casting by hooking and landing a Milkfish on a beautiful white sand flat. Further on the milkfish front, Tarquin made quick work of a Milkfish he hooked up behind Bijoutier Island, landing it in 40 minutes.

Our guests this week battled through tough winds and cloudy skies but managed to catch and help tag three GT’s with acoustic tags and a 4th GT with a PIT tag. Fork length of these fish were 57, 63 and two 97 cm monsters (one with girth measured 71 cm and the other 64 cm, quite the difference!).

Fin clips were collected for genetics and stable isotope analysis. One fish was caught on the finger flats with the other individuals landed in the lagoon, in the surf, and outside the reef; which shows that this species may be using all the different habitats available on St. Francois.

This brings up the question of how much time are GT spending in these different areas and do some fish show preference for one habitat over another? The data we will collect from the underwater acoustic receivers will provide some insight into where these fish are moving and how they are behaving.