Tom and Ken Teague, Donald Olen, Barry Lundquist, Julian Grupp, Yoshiaki and Yoshikazu Suzuki and Ross Purnell were the lucky group of anglers that joined us on Cosmoledo Atoll for the week.

With the tides swinging into a full moon spring tide and great weather predicted for the week the group were eager to get some rods bending on the local inhabitants.

Ken got his week off to a great start by landing his first Milkfish on day one. With a few Milks around early on in the week, the guys got stuck in, jumping a few and losing a bunch of these spectacular fish.

Good friends Donald and Barry had a great first trip to the Seychelles, both landing their first GT’s on the flats with Barry landing a trophy fish that hit the magic one-meter mark. On one particular day both Barry and Donald had a blinder of a Triggerfish session, landing five fish between them.

Ross, Julian, Yoshi and Aki all had an incredible trip out to Cosmo all landing their first GT’s and added to their tally day by day. Yoshi had a particularly eventful day, after ticking off a bunch of different species he got his arms properly stretched by a bus of a dogtooth tuna.  Definitely one for the memory books!

Tom had a great final day on the flats, choosing to target the elusive triggerfish and he got his just reward, he managed to land five triggers as well as completing a rare “Trigger Slam” consisting of a Moustache triggerfish, Yellowmargin triggerfish and a Picasso triggerfish. On top of that, he landed a 55 cm, 9 lbs monster of a Yellowmargin! What a way to end an epic tour to one of the world’s top saltwater destinations.

With broken fly lines and busted fly rods all packed away, the group are already planning their next trip to the “Land of Giants”. 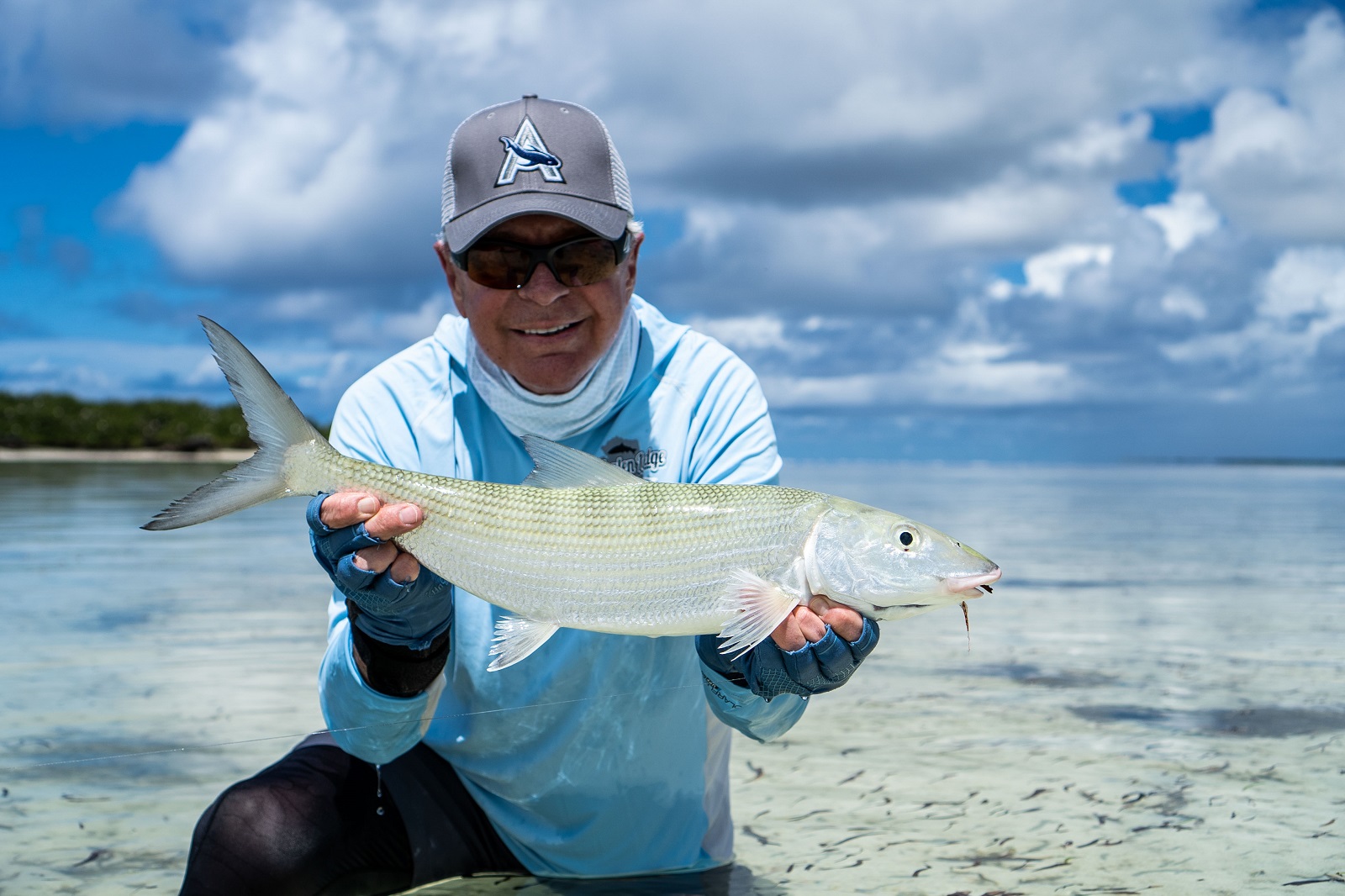 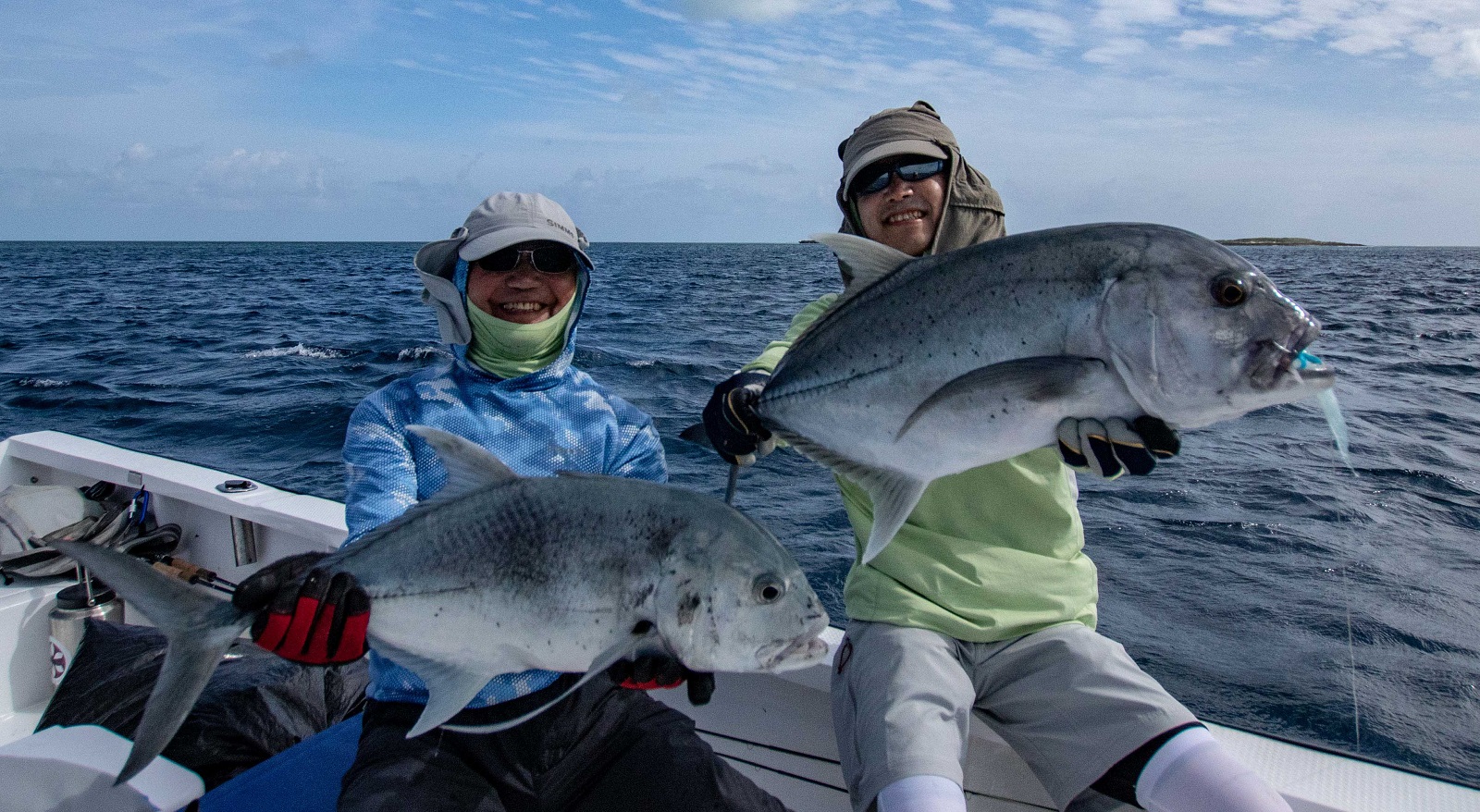 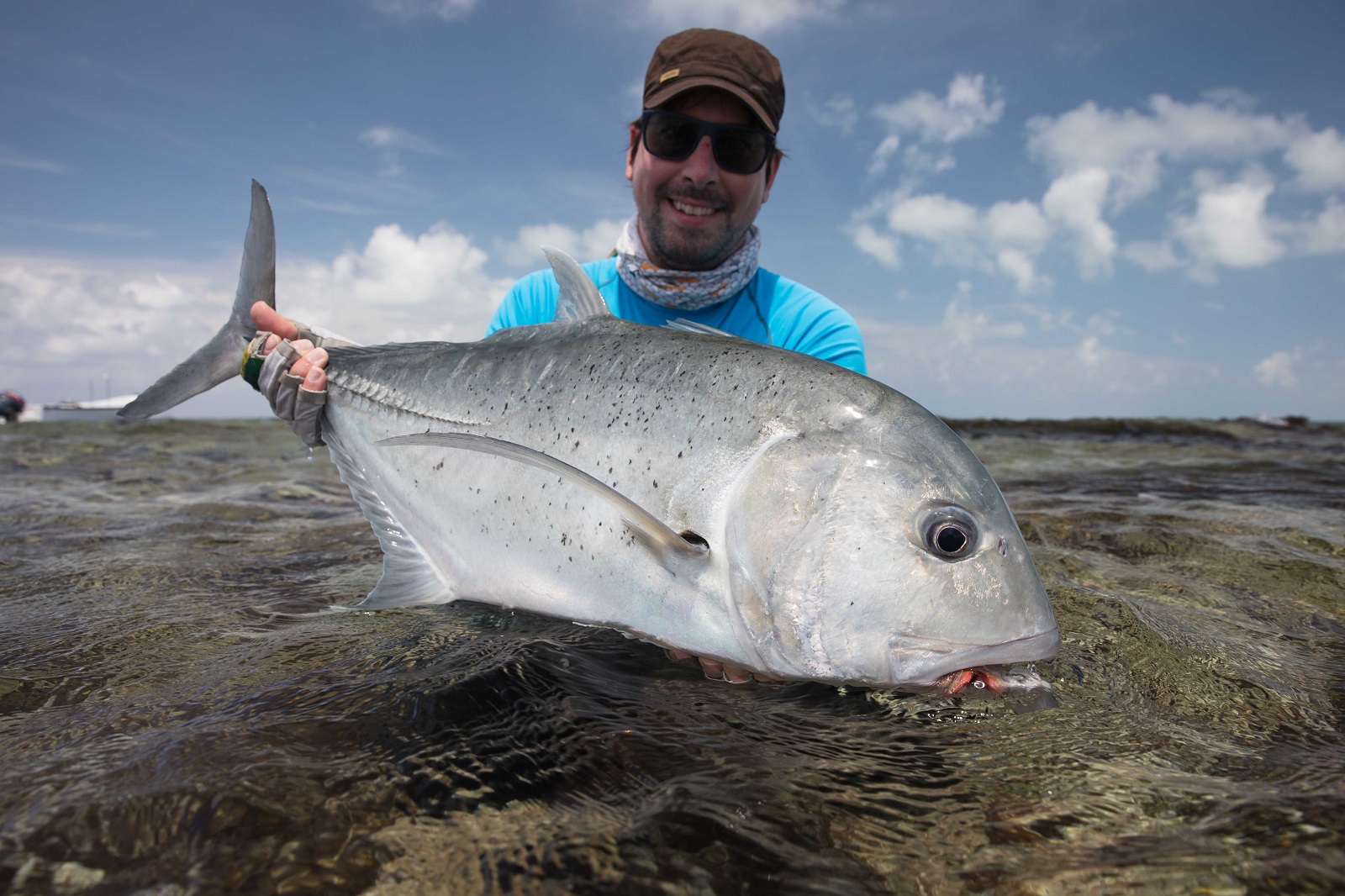 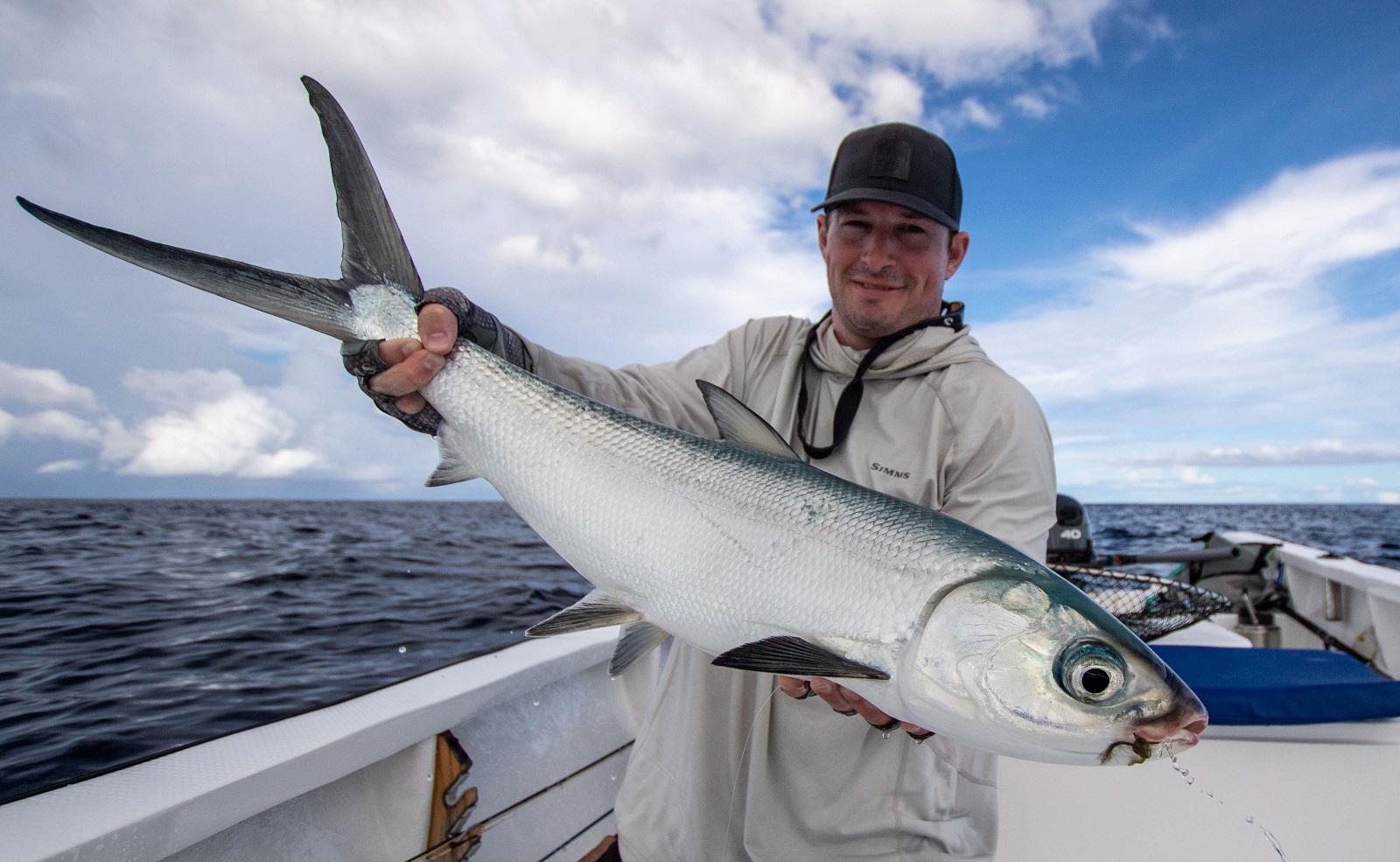 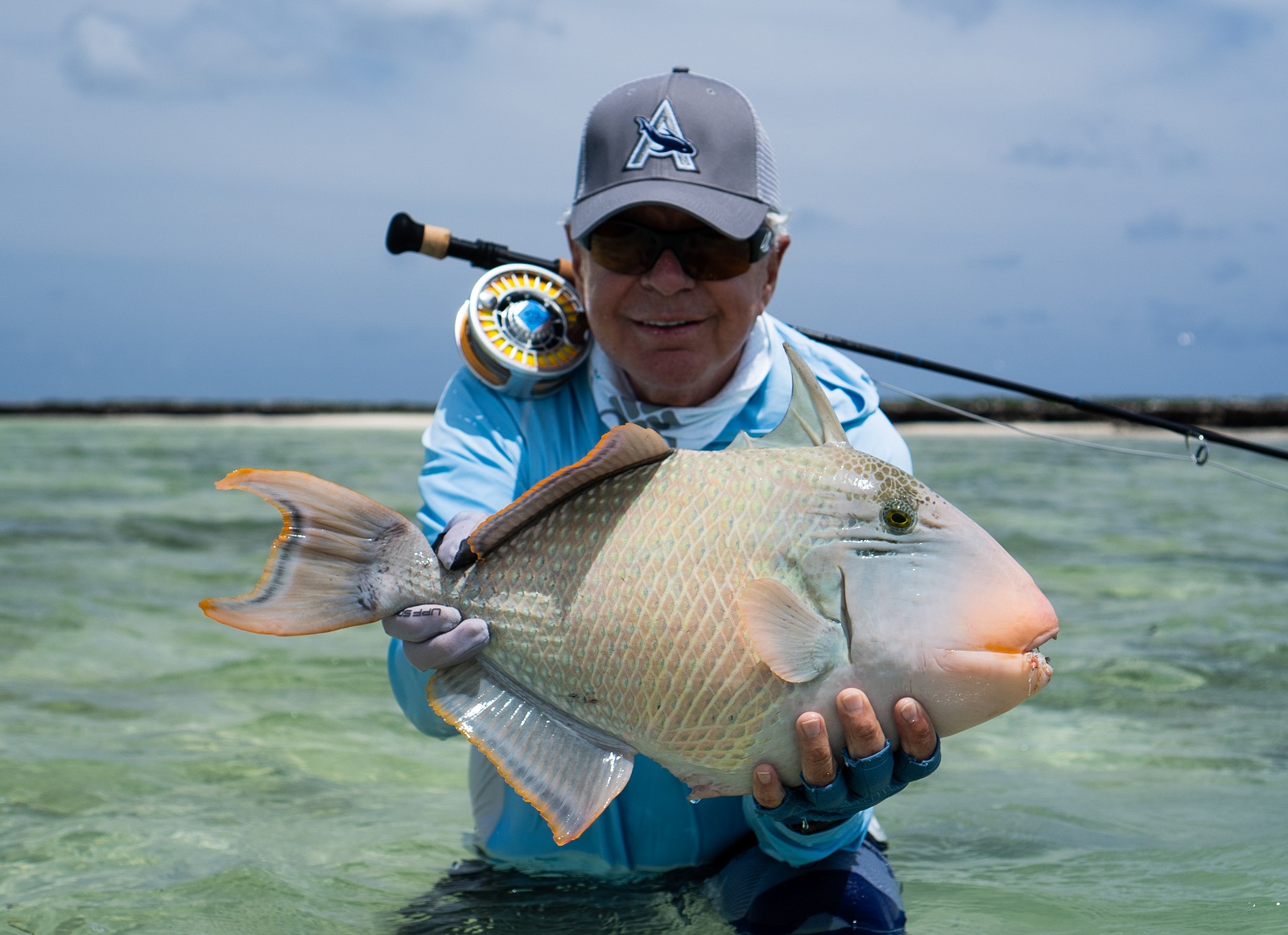 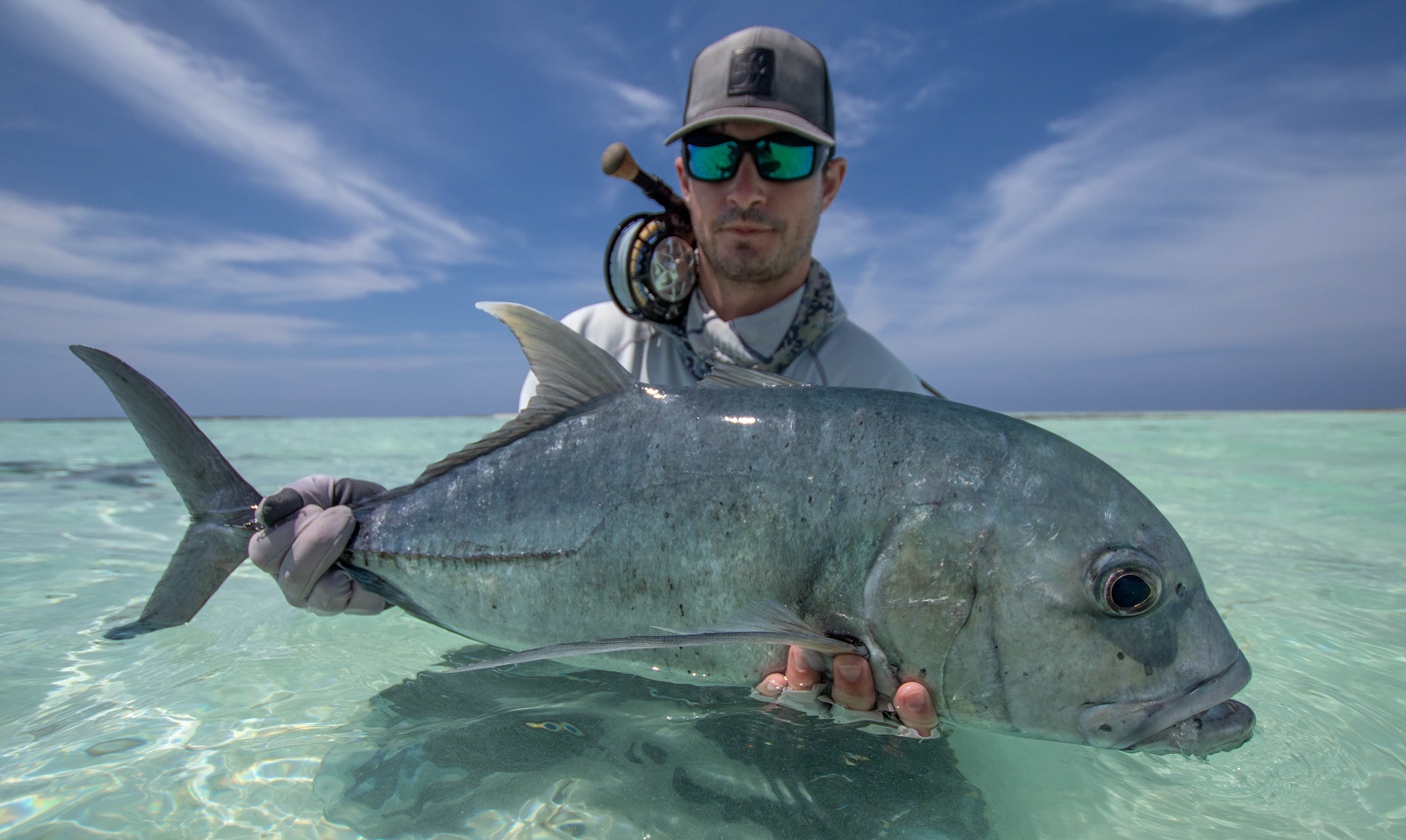