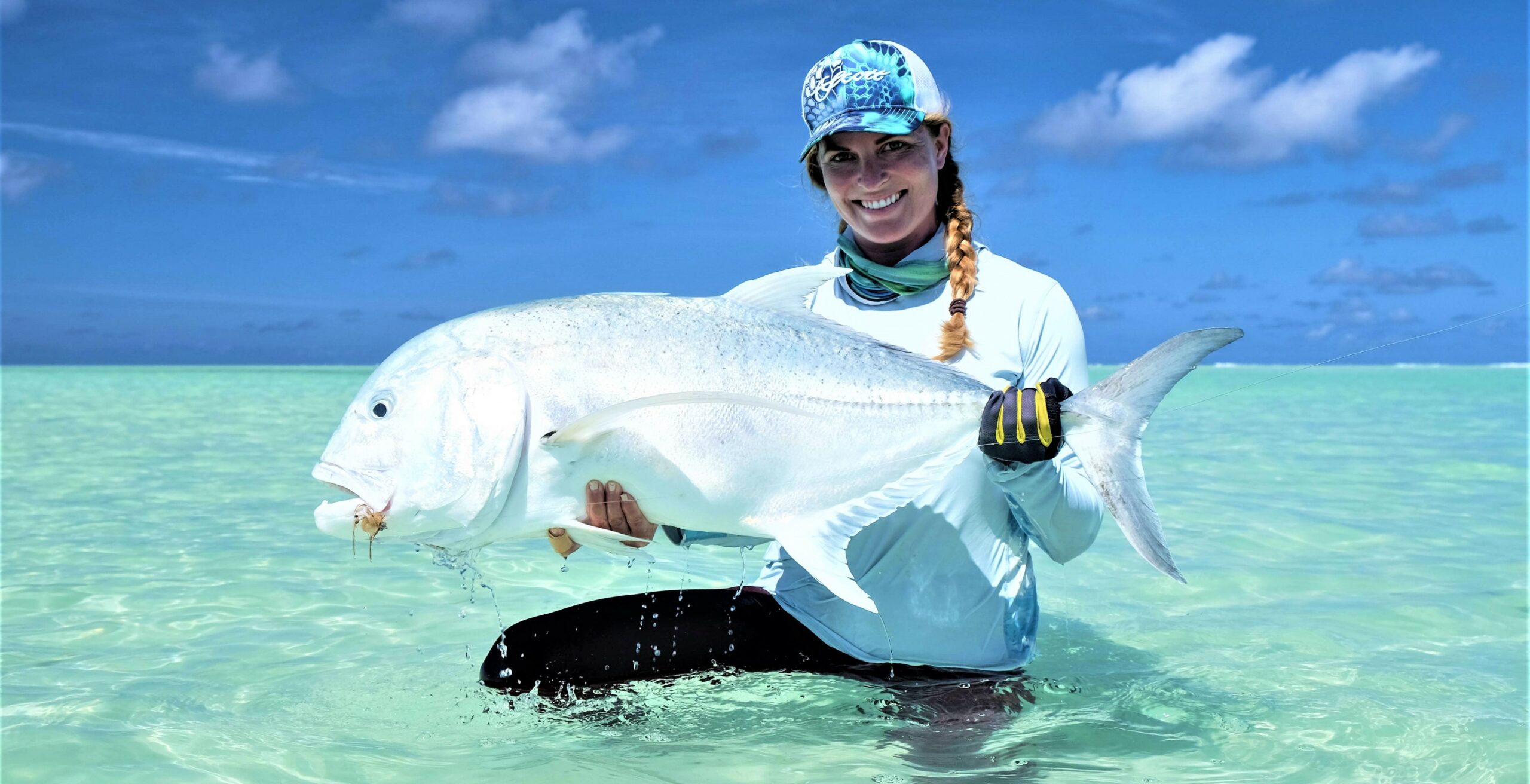 Favorable conditions continued on Alphonse & St. Francois as anglers experienced some of the largest tides of the season.

Giant trevally was encountered in abundance this week with the best fish being 92 cm tamed by Alexandra Woodsum using 40 lbs flouro and a crab pattern at West Knoll. The best action for the fish activity was found near the finger flats as both Alexandra and Matt Fisher began their week with a 75 and 63 cm fish caught on Ignoblis.

Matt also managed to end his week on a high note picking an 81 cm GT off a ray at Beirut. Colin Kingsnorth and Mark Holme made short work of their pursuit both landing a 70 and 63 cm fish within the first hour of their day at the coral high spot behind St. Francois.

Landing 2 Giant Trevally’s in a day was just the icing on the cake for Brook Parker who was visiting Alphonse on his honeymoon landing one 80 cm on Jude’s Flat and the other 63 cm at Serge’s reef.

The GT action was magnetic that most anglers were compelled to take advantage of it leaving only one yellow margin with a sore lip at Wayne’s bay by Steve Woodsum.

The blue water fishing produced great results as Bill managed to land a Sailfish and two Wahoo then later going on to the flats catching a 60 cm bonefish to complete the ‘Bills & Bones’ slam.

We managed to catch and surgically implant acoustic tags in three fish this week ranging from 67 to 93 cm full length. All fish were caught at locations on the atoll where no GT had been previously tagged, so hopefully, these individuals will provide important insight into how this species is using different areas of the flats.

An additional six GT were caught and received PIT tags, bringing our total number of PIT-tagged fish to 62. 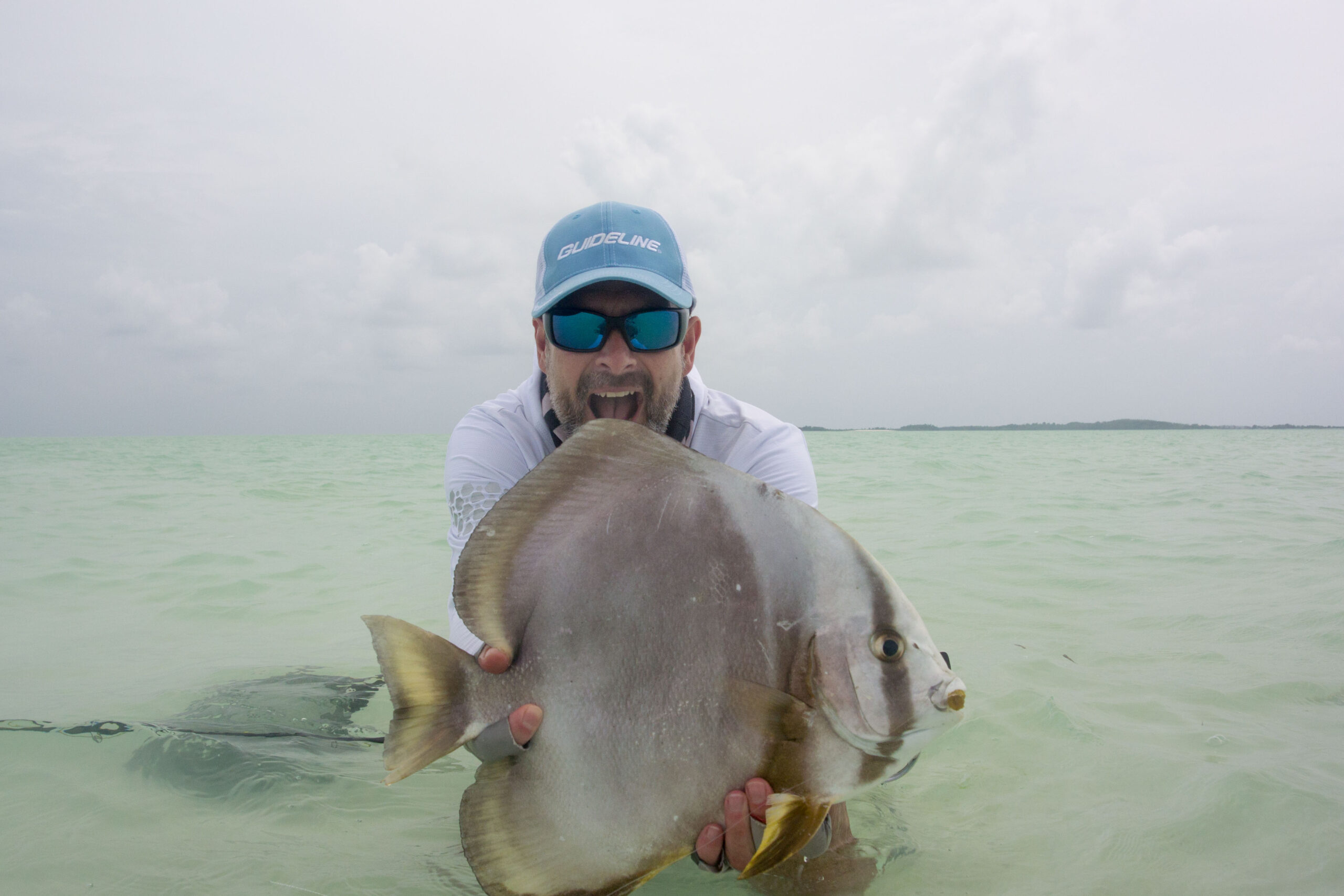 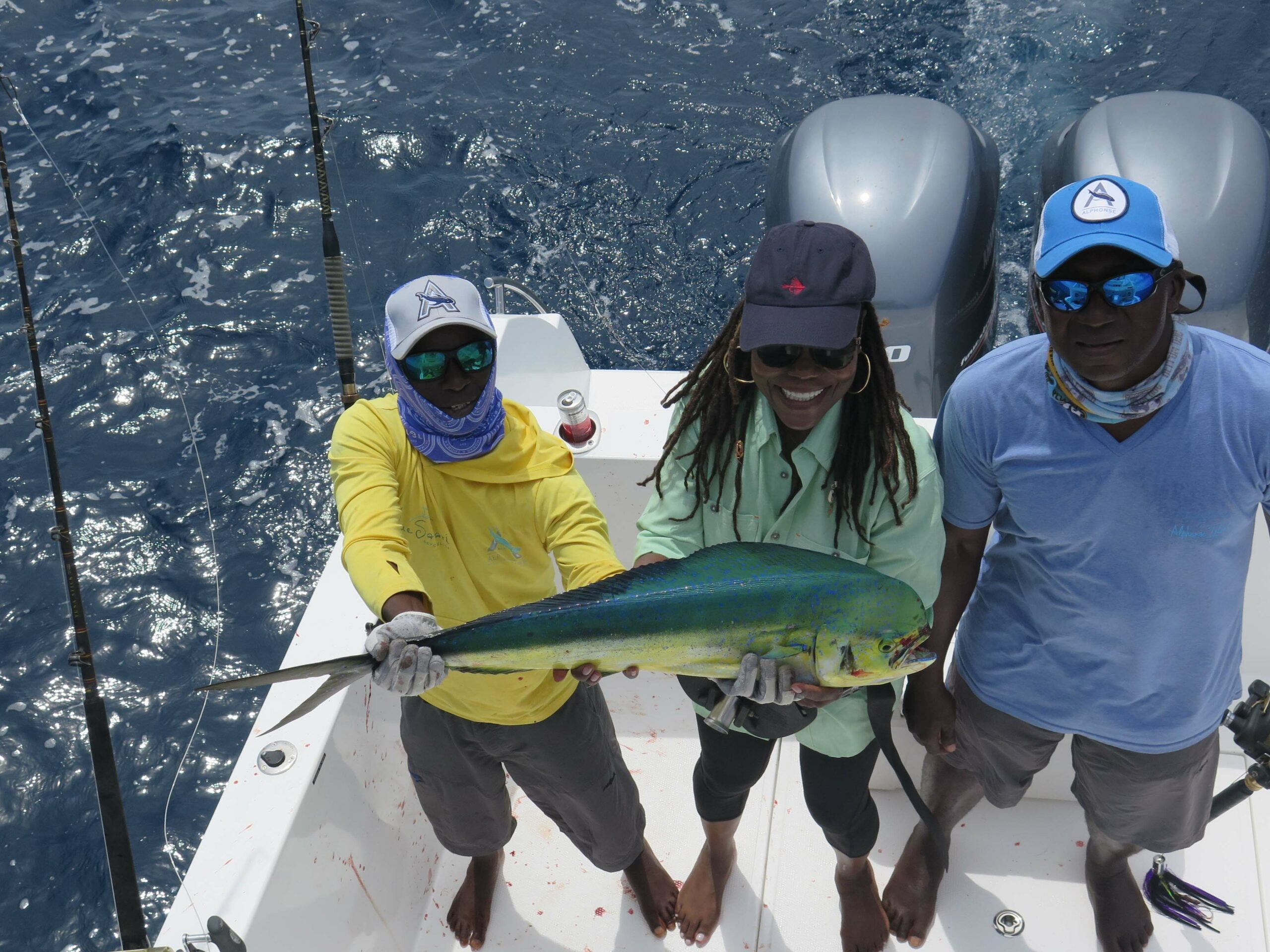 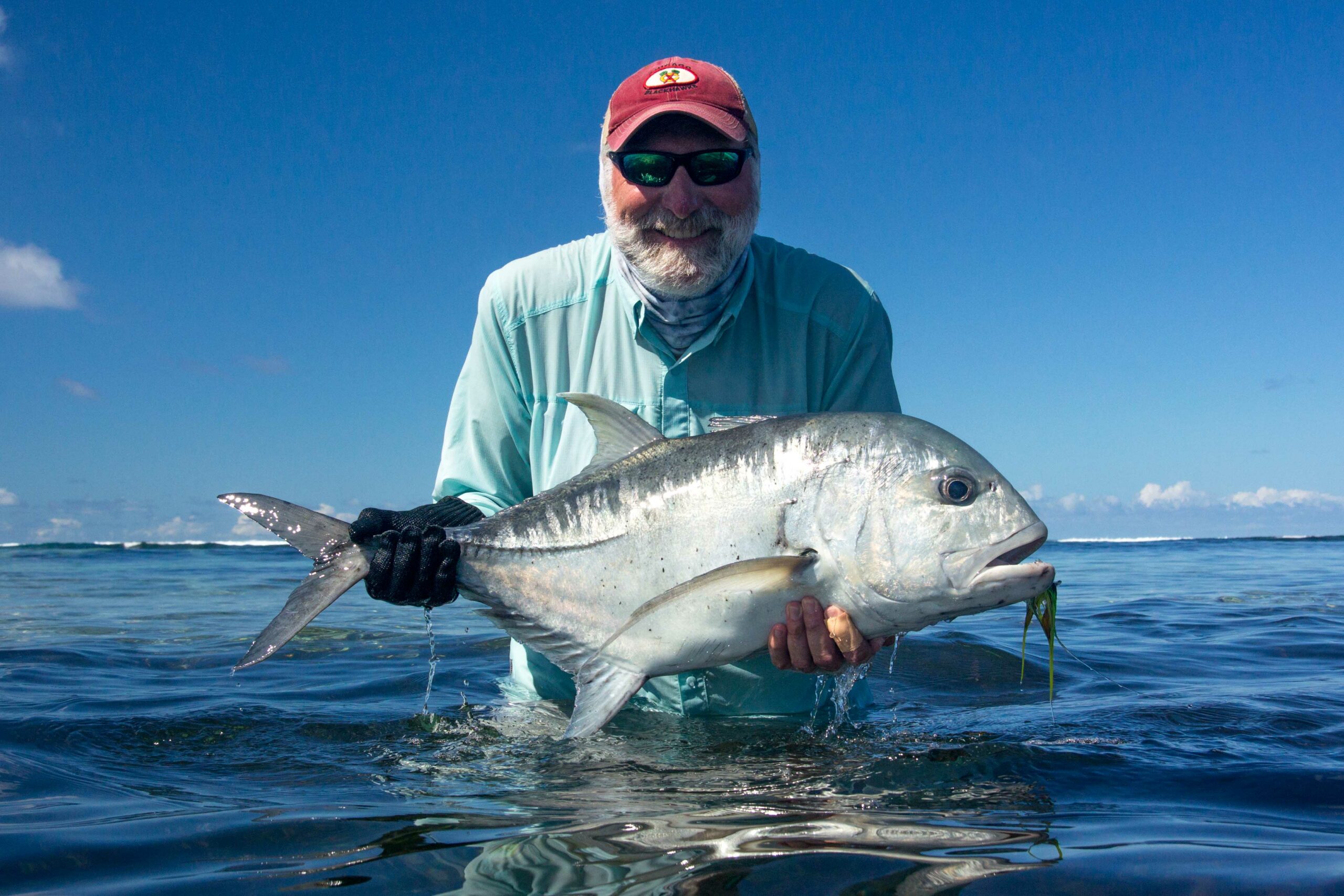 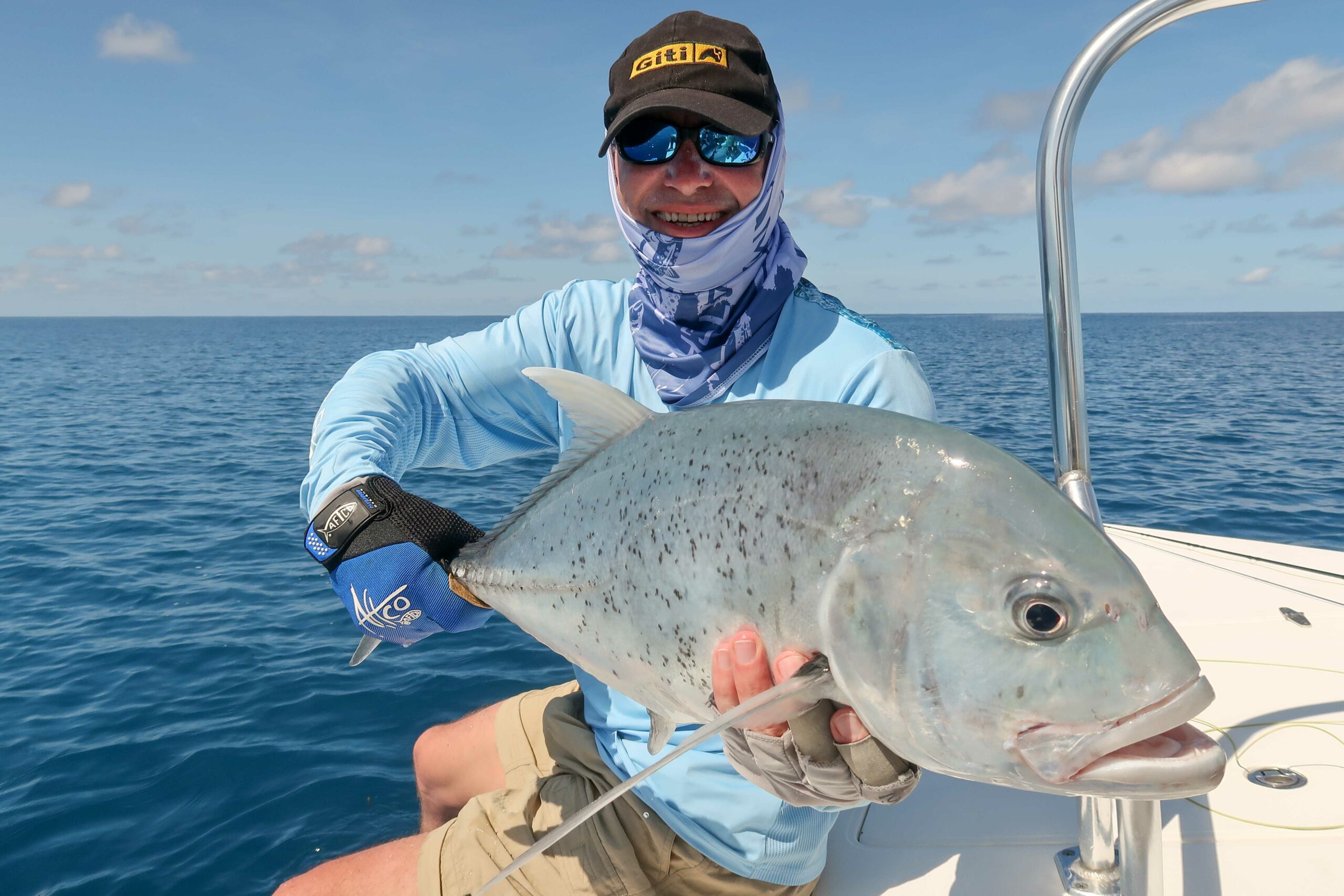 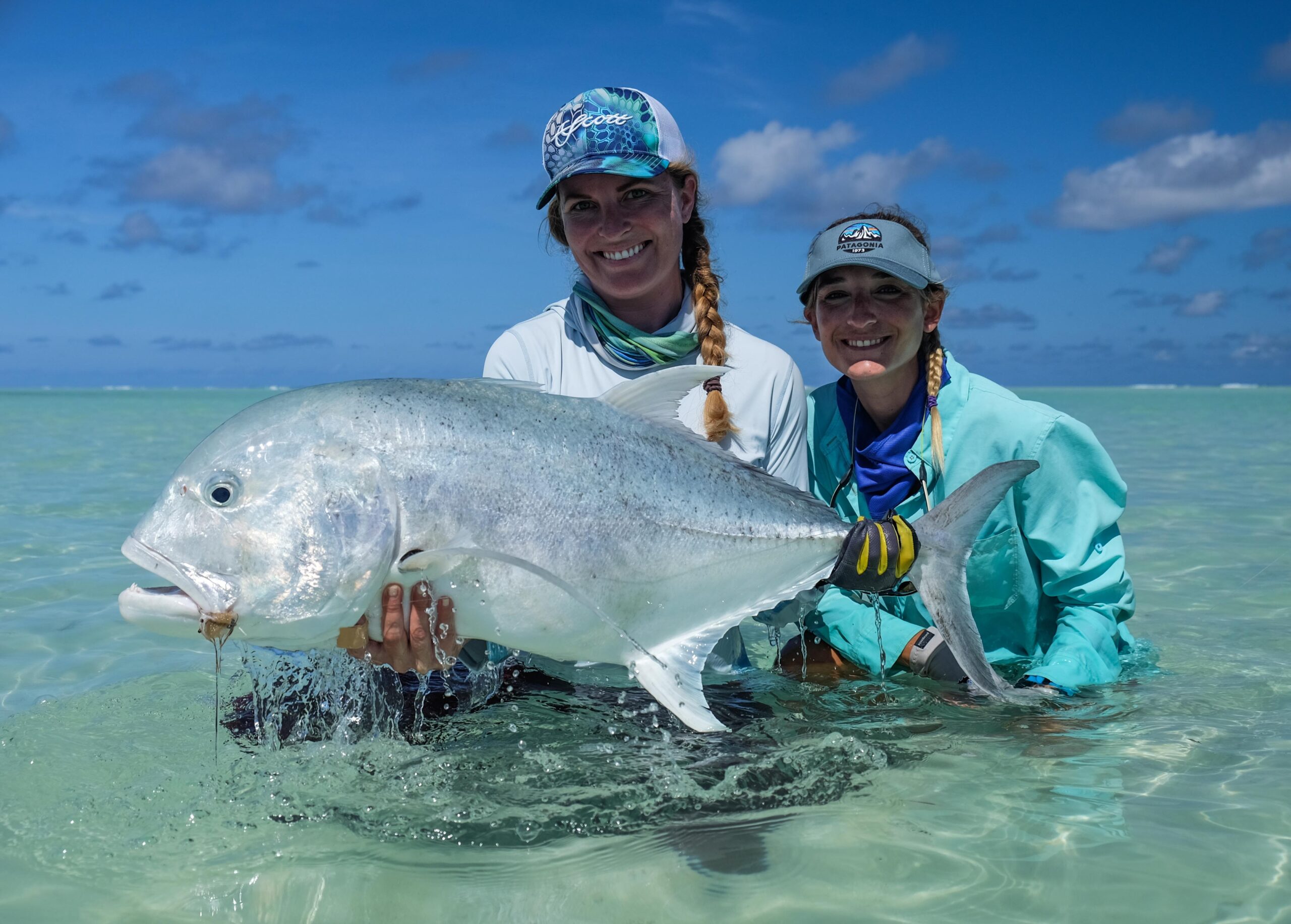 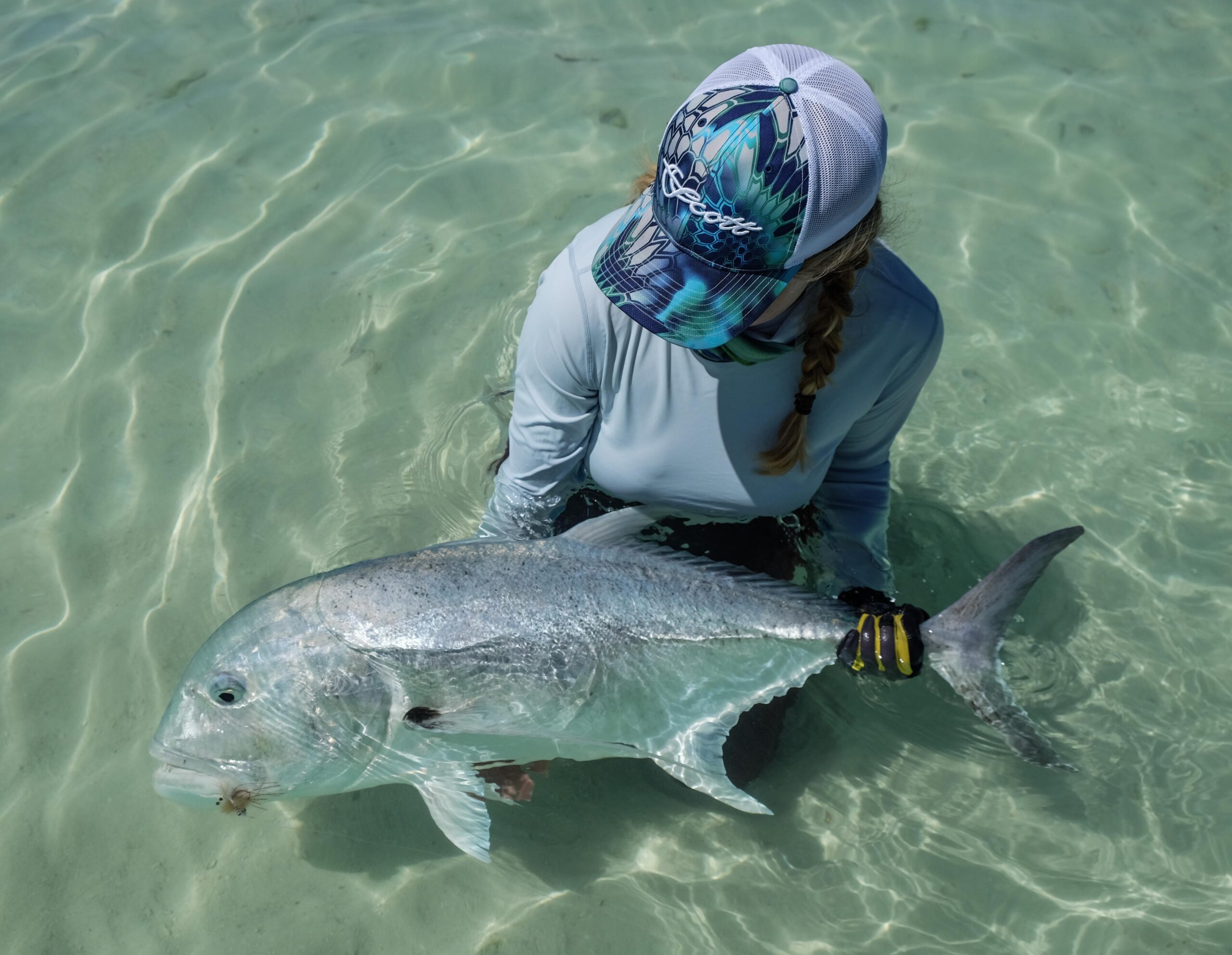