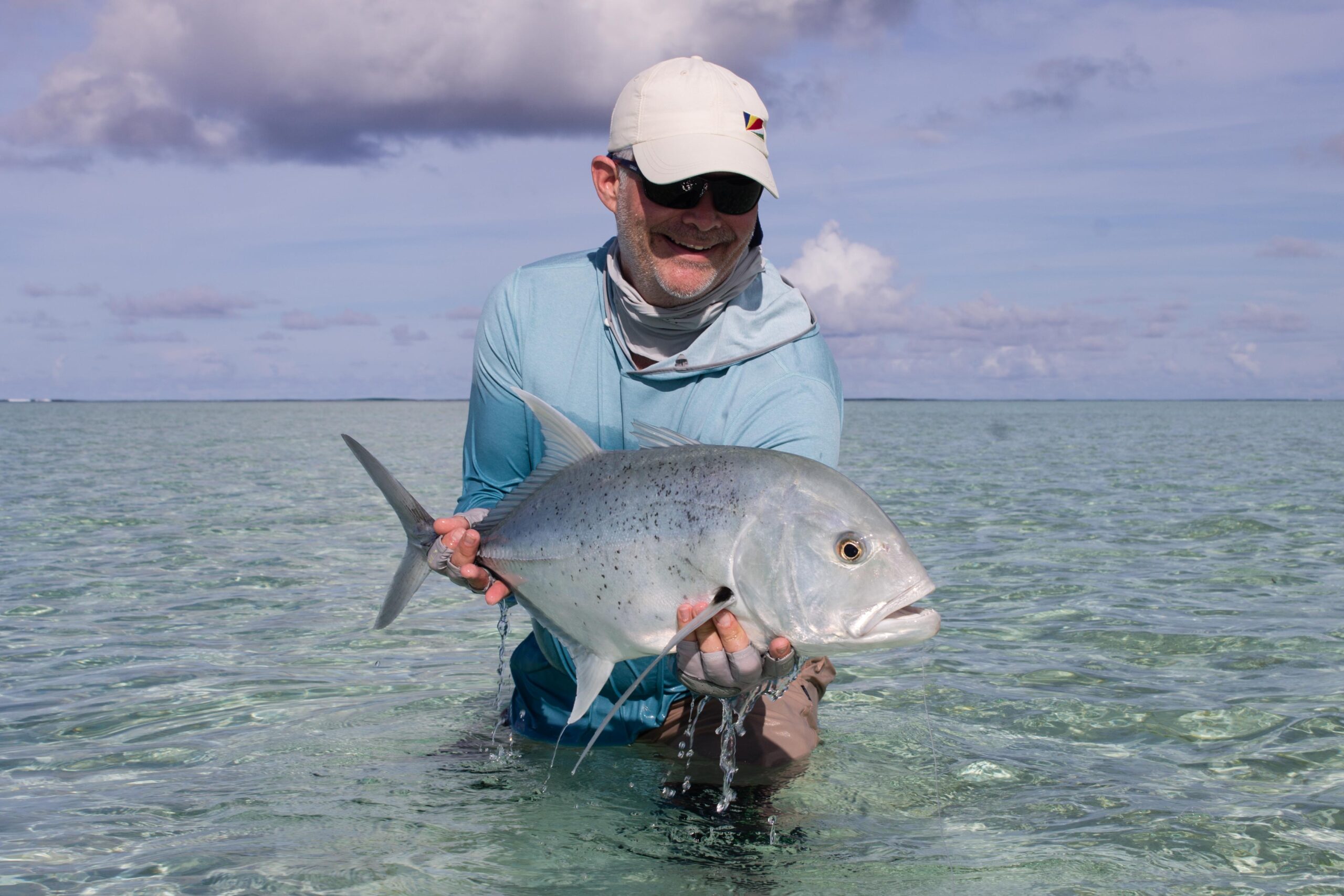 Calm weather coinciding with neap tides shaped the week for the anglers of Alphonse and St. Francois for week 17 of the season. The Bonefishing remained consistent as anglers who chose to target them landed many quality fish reaching 60 cm in length.

Giant trevally were alive on the atoll as the fabled “Caple” shoal was encountered on several occasions throughout the week. Good things came in pairs for Ian Hodge starting out with 92 & 78 cm GT and the following day nearly completing a slam landing both a 78 cm GT and a 30 lbs Milkfish.  Ian concluded his week landing two 68 cm GT at Lollypop’s wreck and also bringing a Wahoo alongside on a quick bluewater mission.

William (3) acquired his target early in the week picking a 70 cm GT off a ray on TamTam flat and went on to finish his week capturing a Moustache trigger after nearly covering Milky Way finger flat in its entirety.

This week saw excellent progress made on the GT tagging project despite a few days of challenging weather. On St. Francois three new GT were caught and PIT tagged by guides, and six new GT were caught and received both acoustic transmitters and PIT tags. At 58 cm the smallest fish of the study was tagged this week, which is an exciting individual because we will be able to watch how the movement and behavior of this fish changes as it matures and grows over the next 5 years, according to battery life of the transmitter. 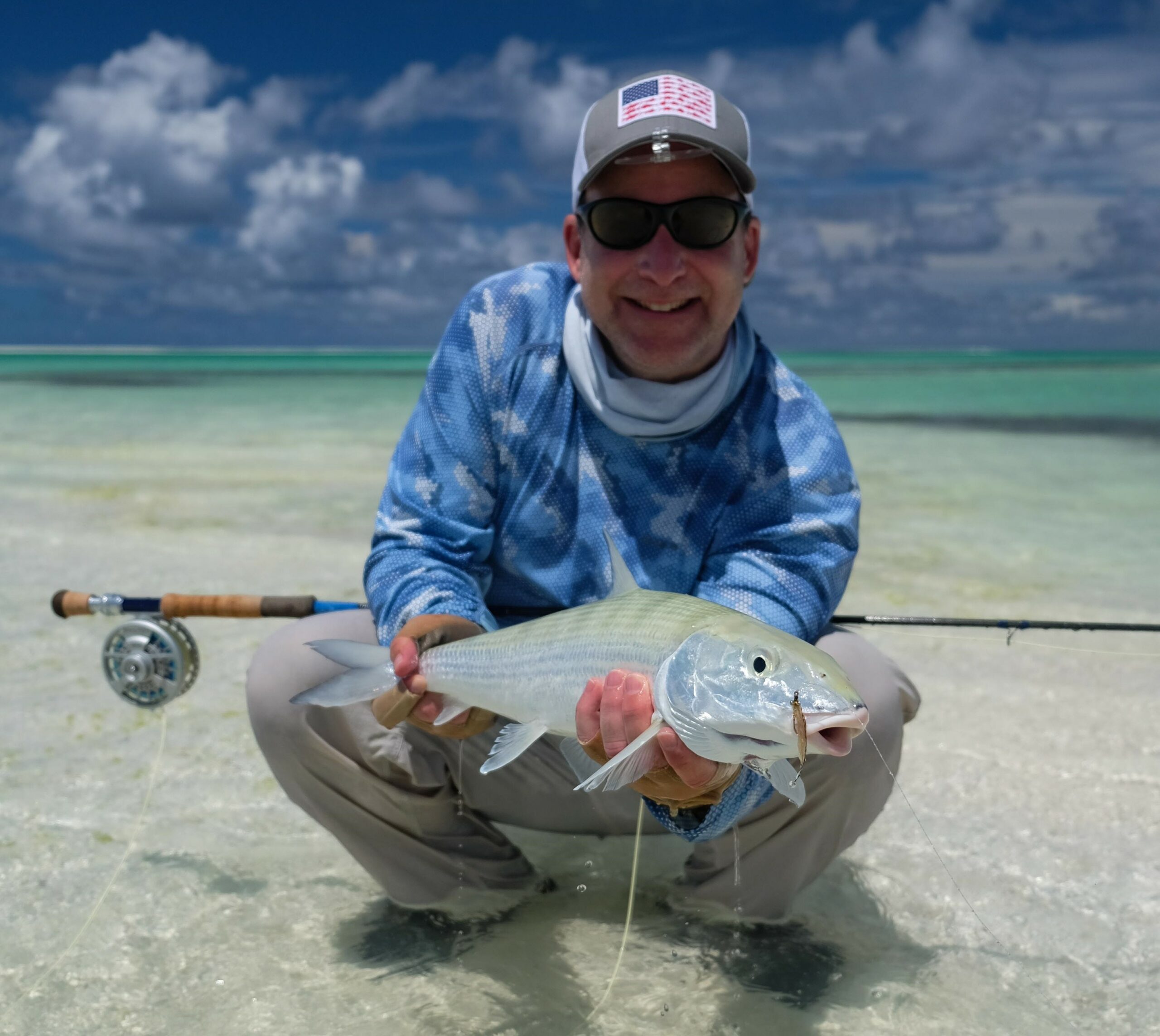 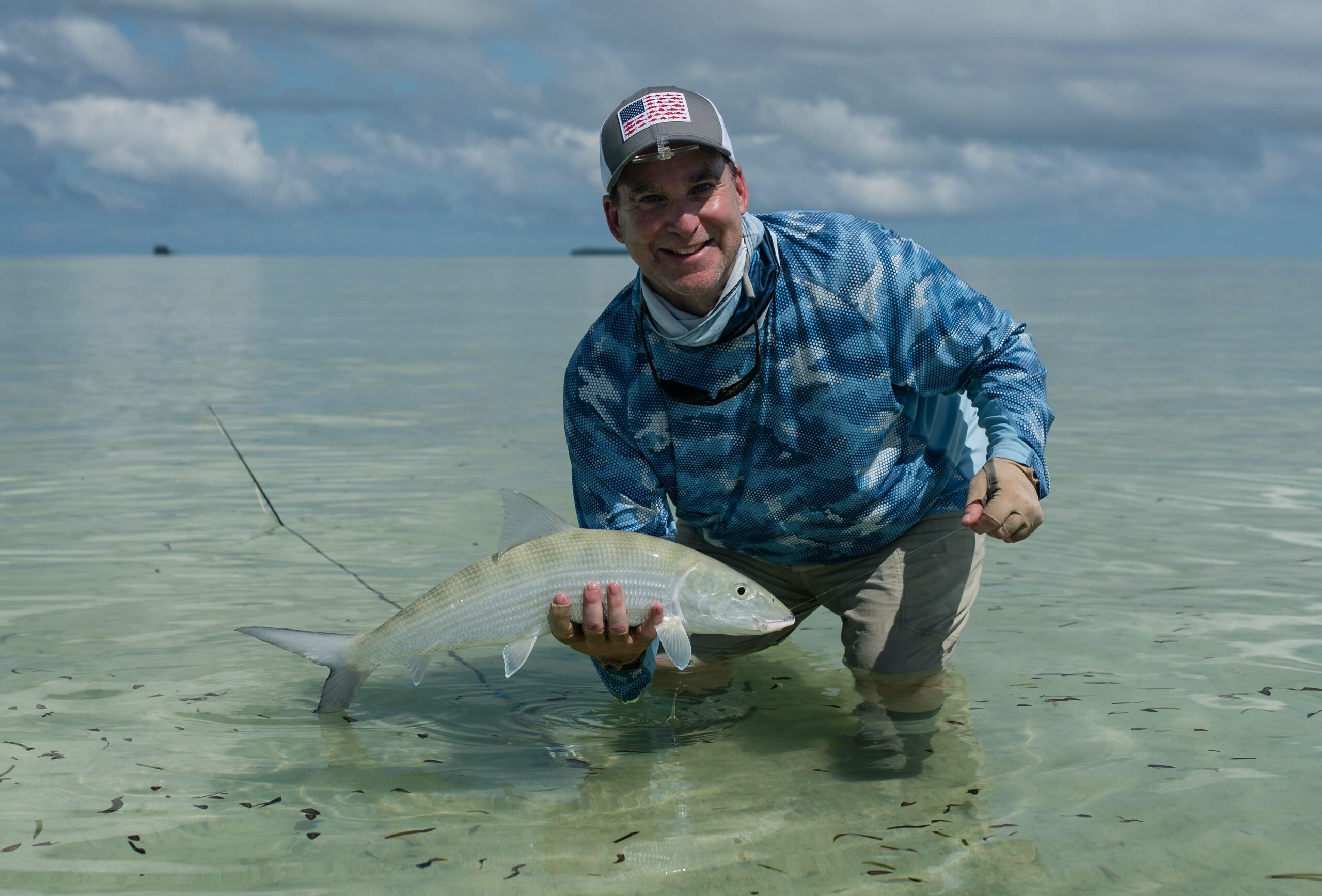 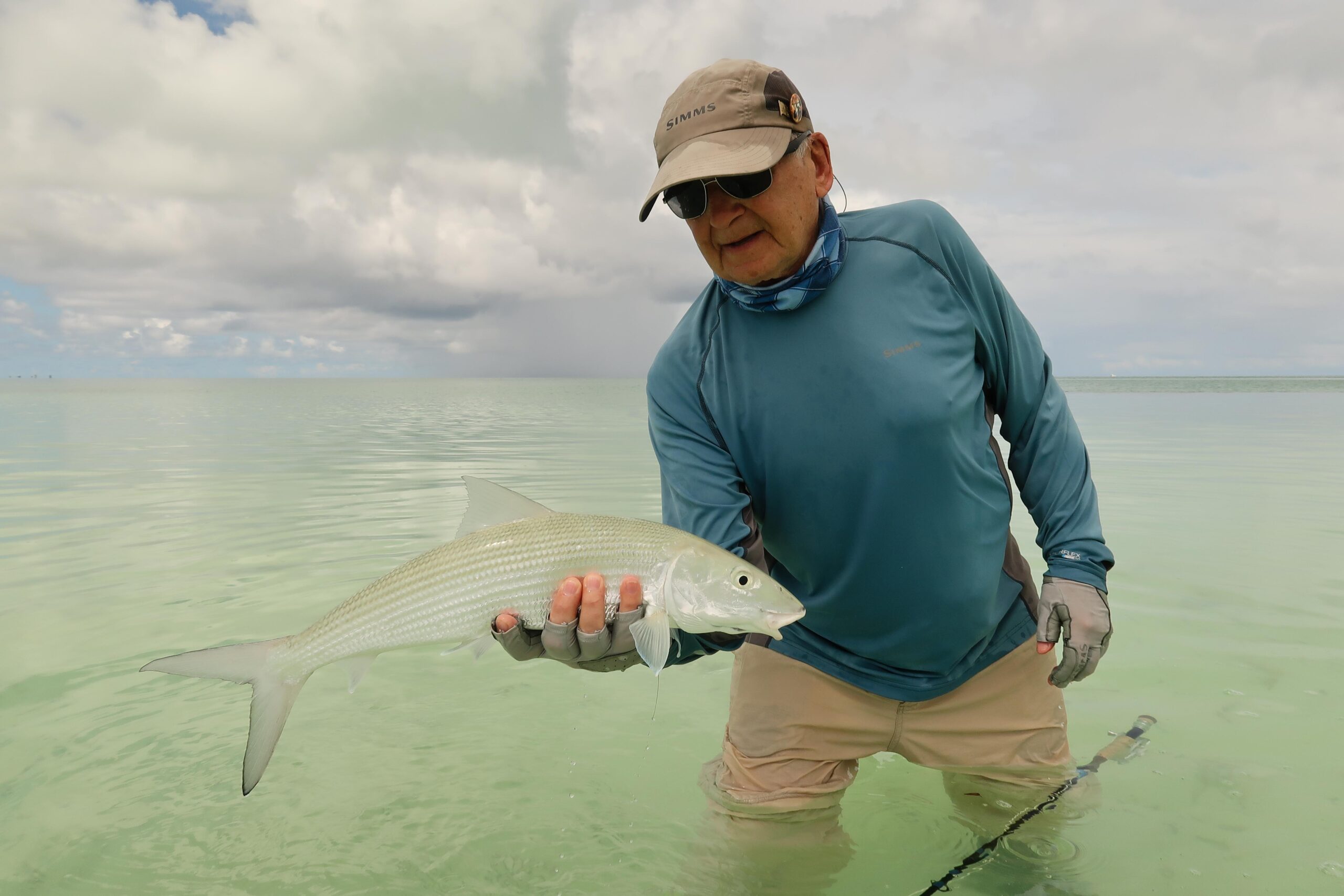 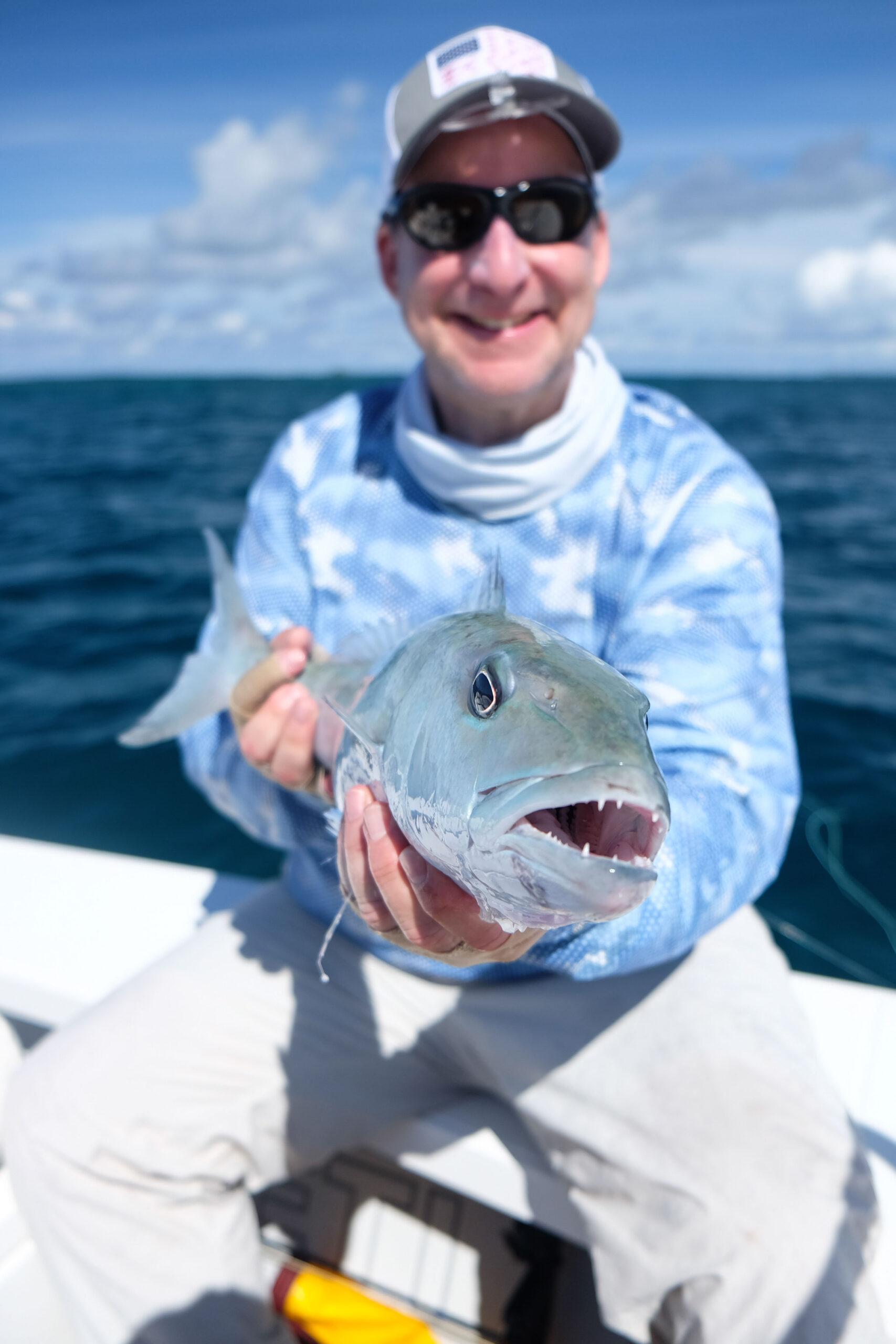 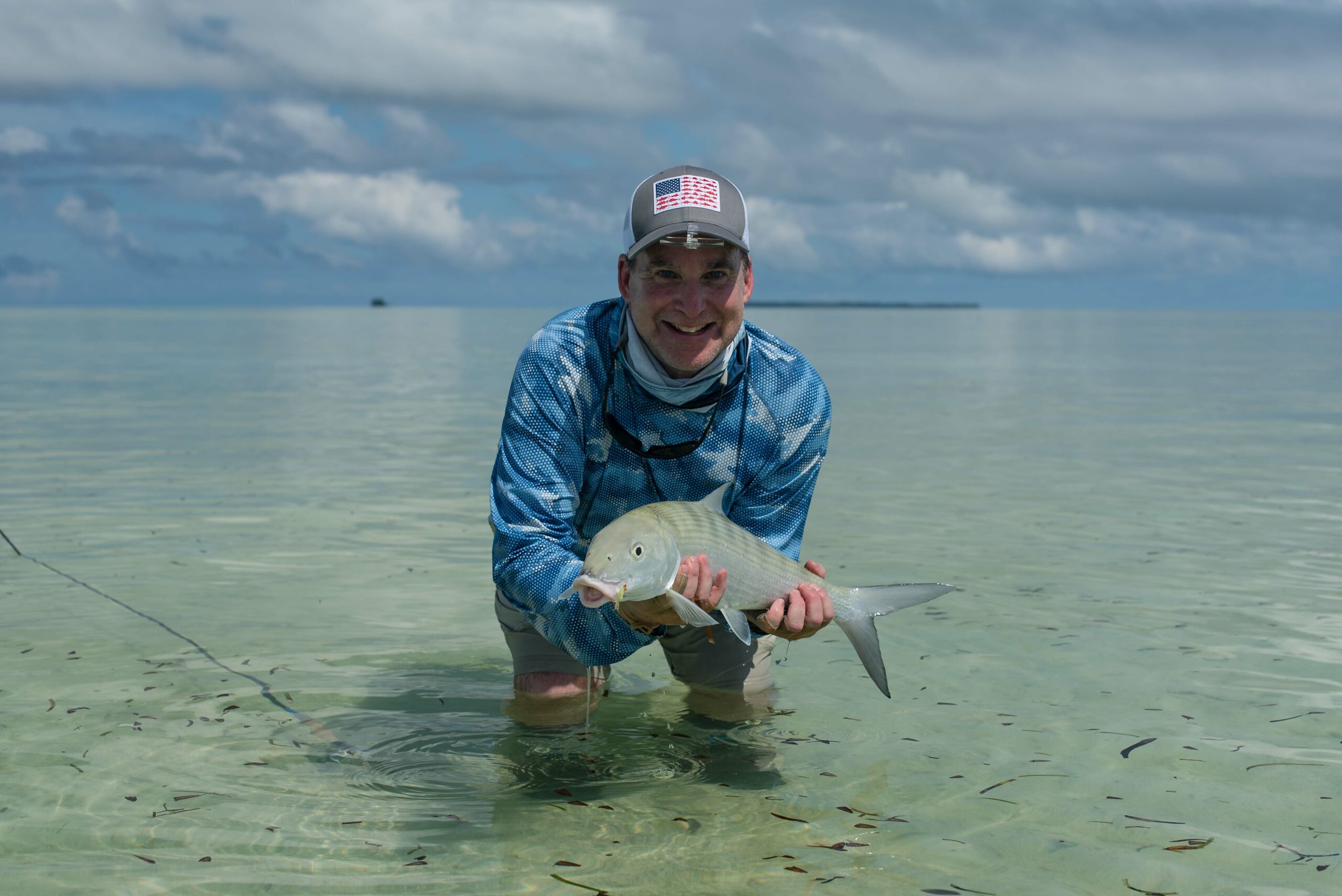