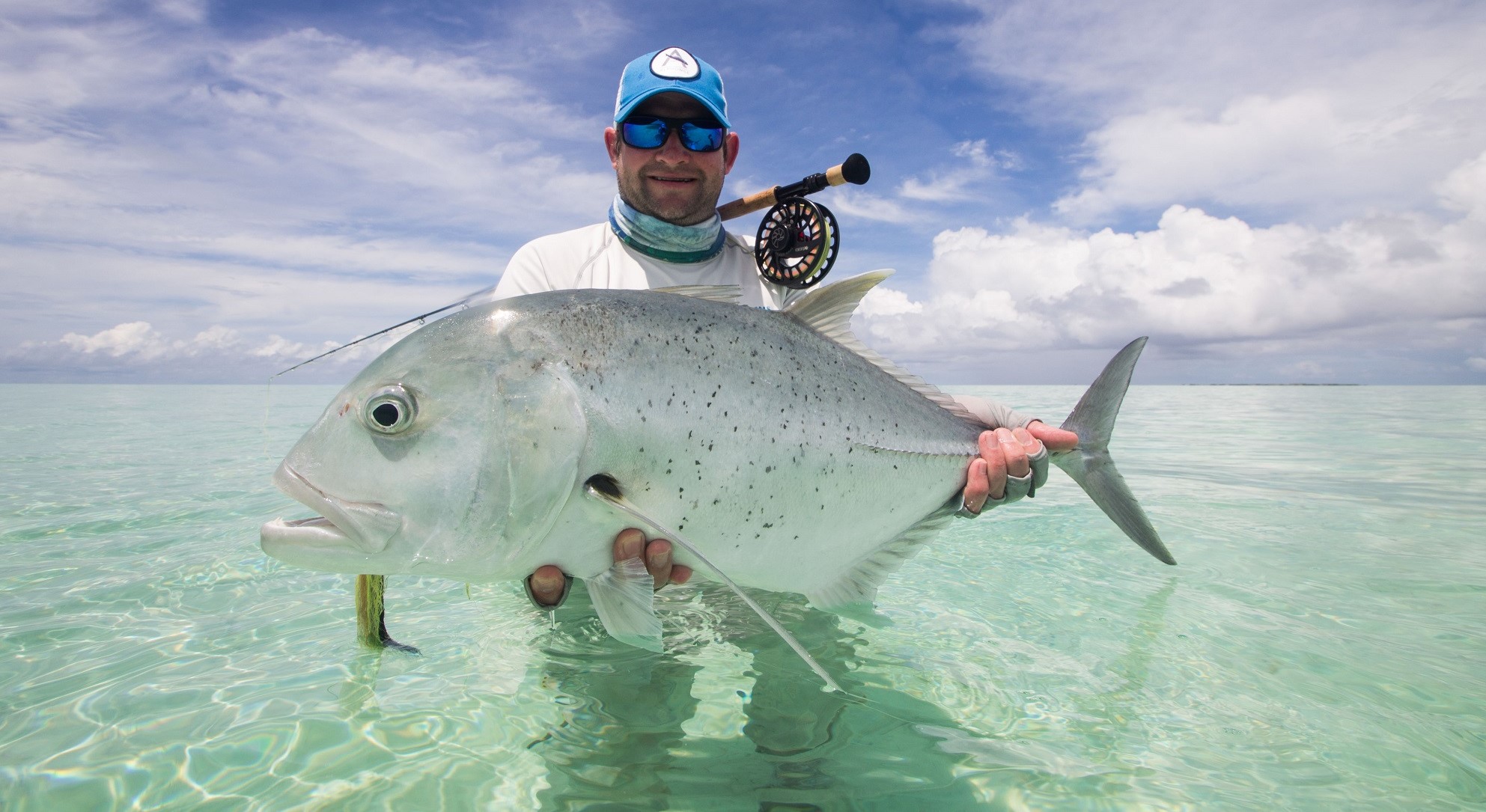 After a good festive break, the Cosmoledo Eco Lodge was ready to get the second half of the season underway. Patrick Hargreaves, David Featherstone, Alan Bernstein, Malcolm Webster, Tarquin Millington-Drake, Dominic Quinlan, Heggie, and Julia Wilson, and Rocky and Strawn Dixon made up the group of lucky anglers for the week.

With absolute glass-off weather conditions for most of the week and the tides moving from Springs to Neaps the week could not have been set up better.

On day one Strawn got the ball rolling with a ‘Flats Slam’ consisting of his first ever GT, first moustache triggerfish and a solid bonefish. His father, Rocky, also landed his first-ever GT on day one and continued to add to his tally as the week wore on. Rocky’s childhood friend Heggie and his wife Julia had a firm week of fishing too as they too landed their first GT’s.

Patrick landed the biggest GT of the week and it also happened to be his personal best that measured 102 cm. But the story of the week belonged to the whole group! There was a clear mission at the beginning of the week to rack up as many species as possible and the team all contributed. An astonishing 36 different species of fish were landed on fly throughout the week including 8 Napoleon Wrasse. An absolutely outstanding achievement and a showcase for just how healthy both the flats and coral reef system in and around Cosmoledo are.

All in all, the group had a blast not only targeting the “Gangsters of the Flats”, but anything with a tail. With the spring tide cycle on the horizon and more and more GT’s being seen cruising the flats the guide team can’t wait for what the next week has in store. 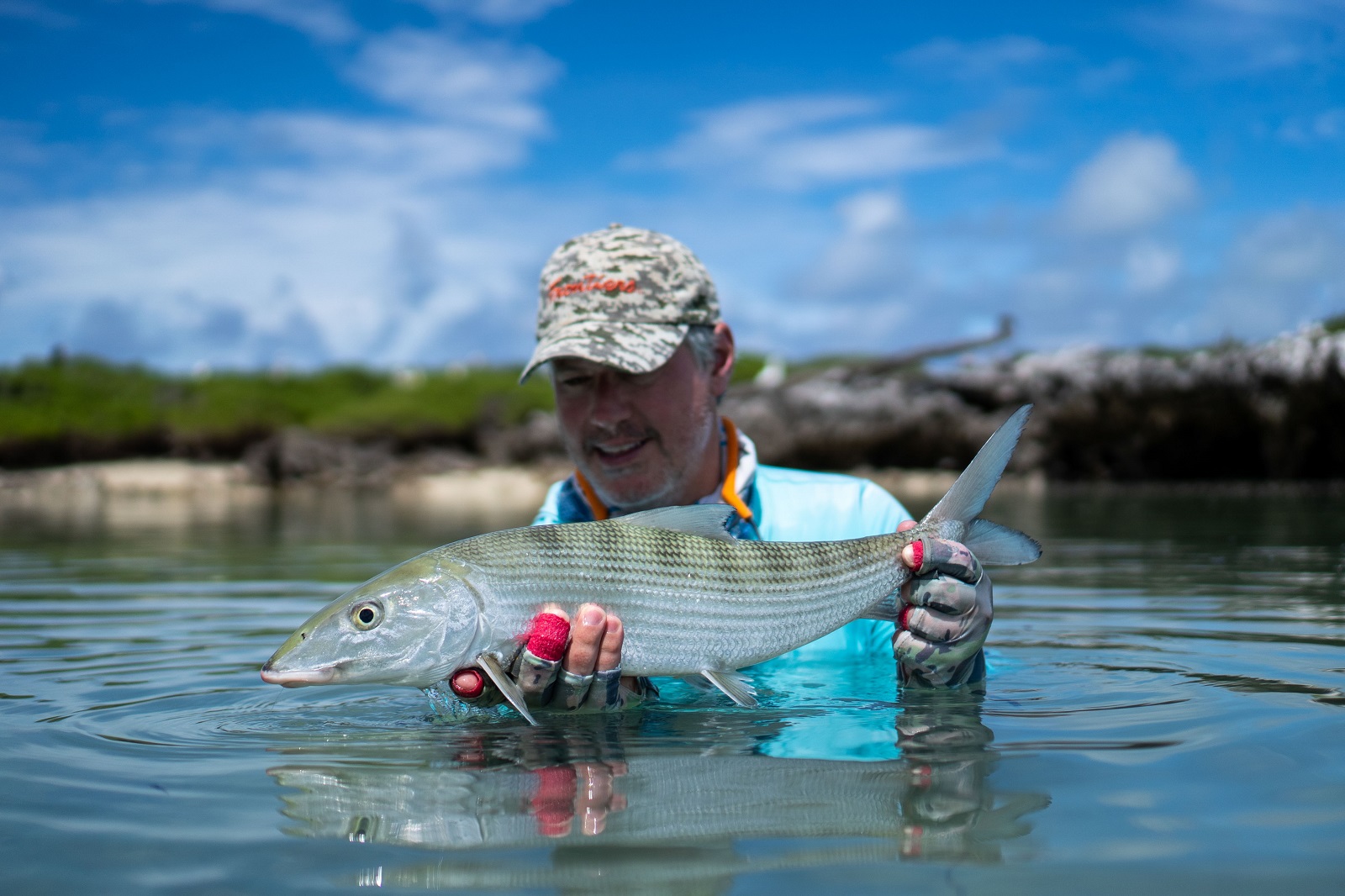 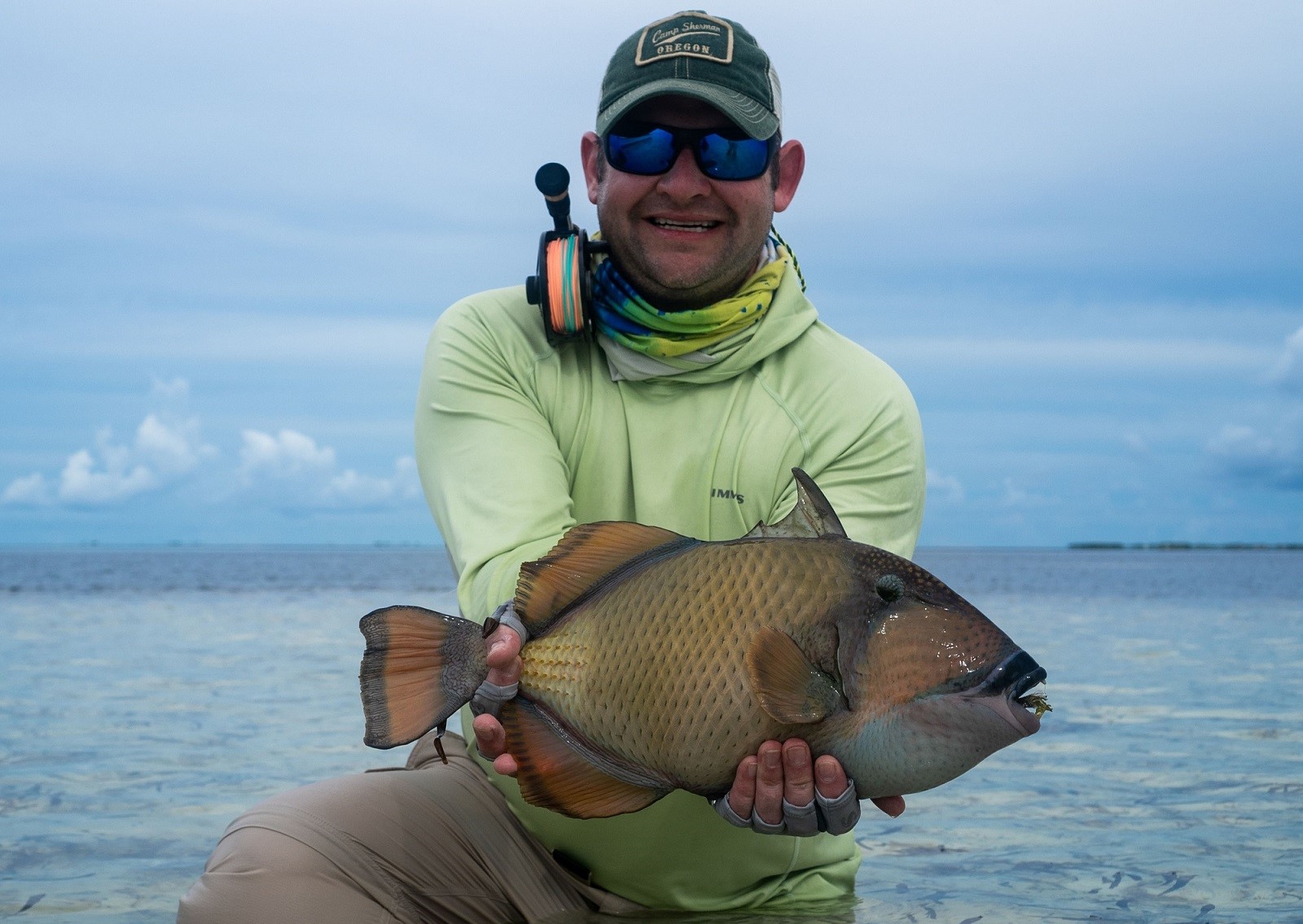 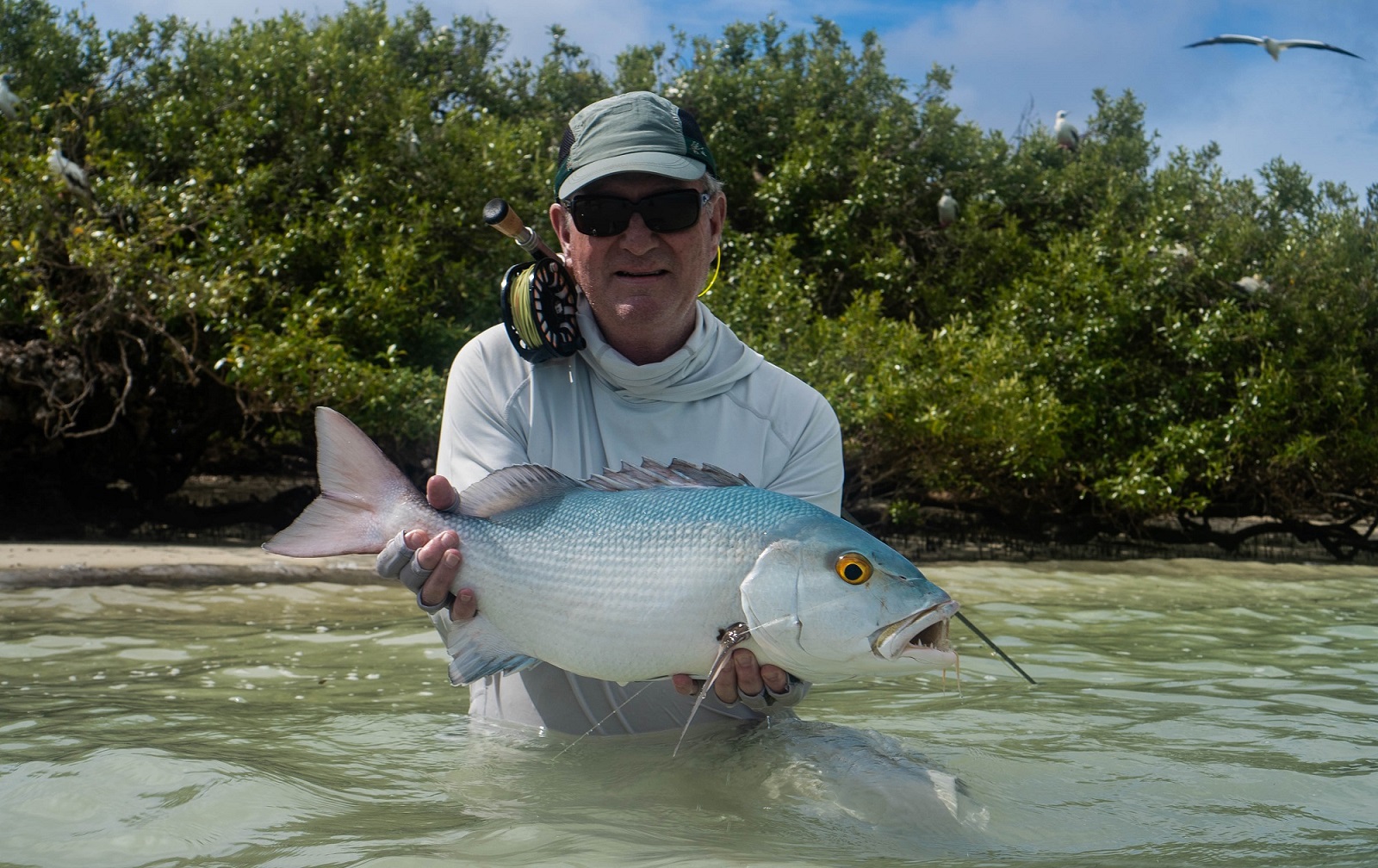 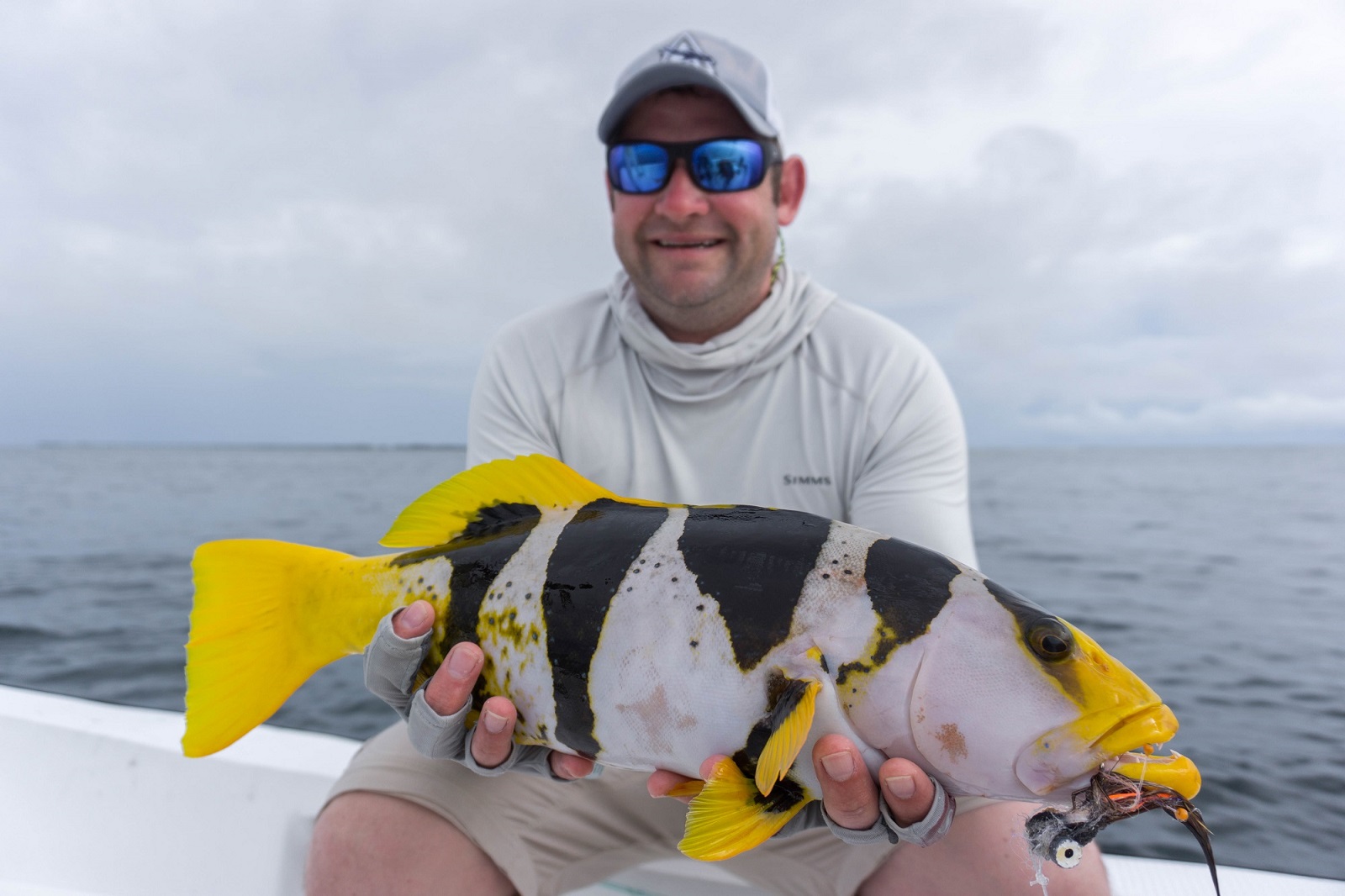 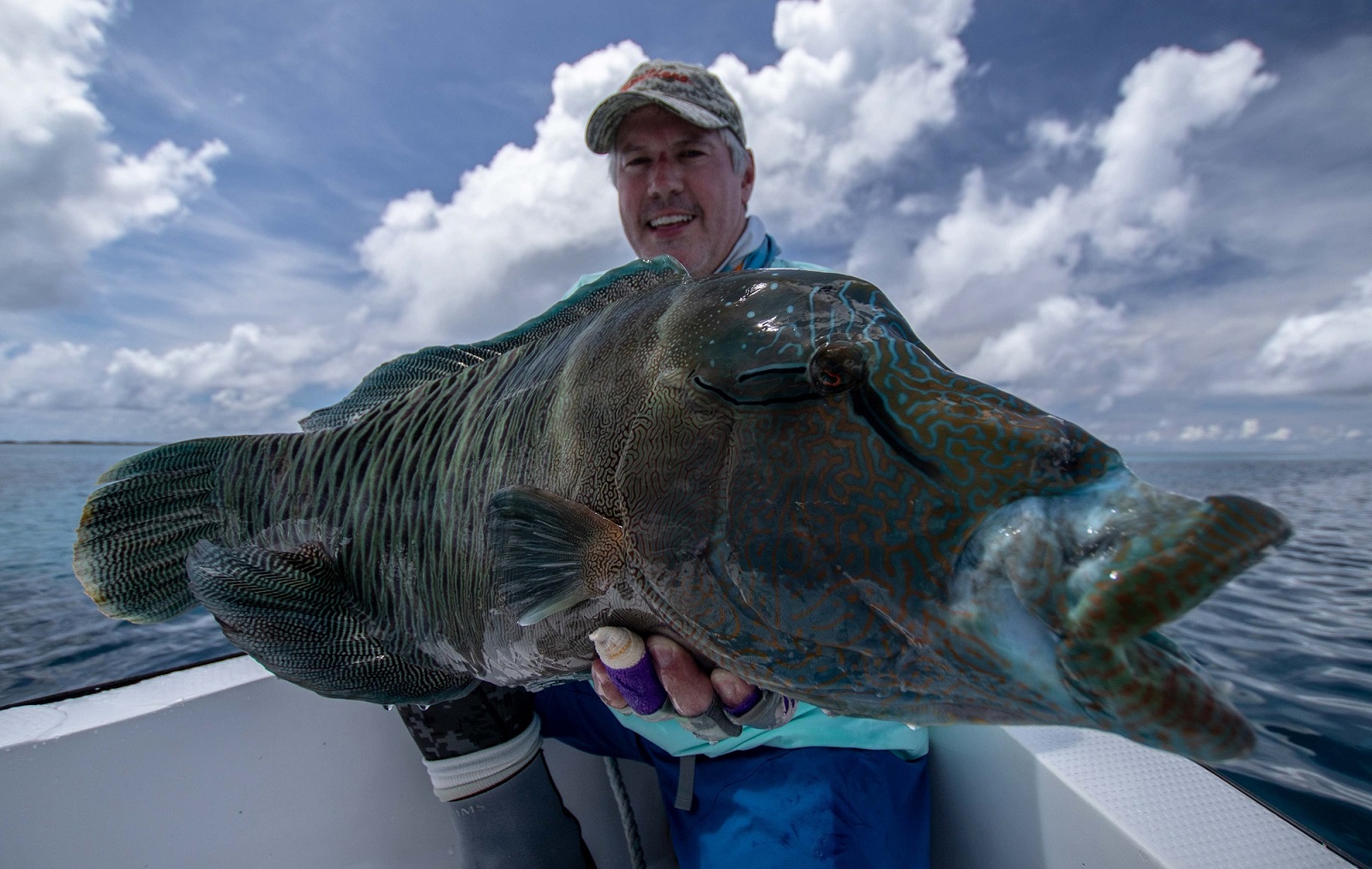 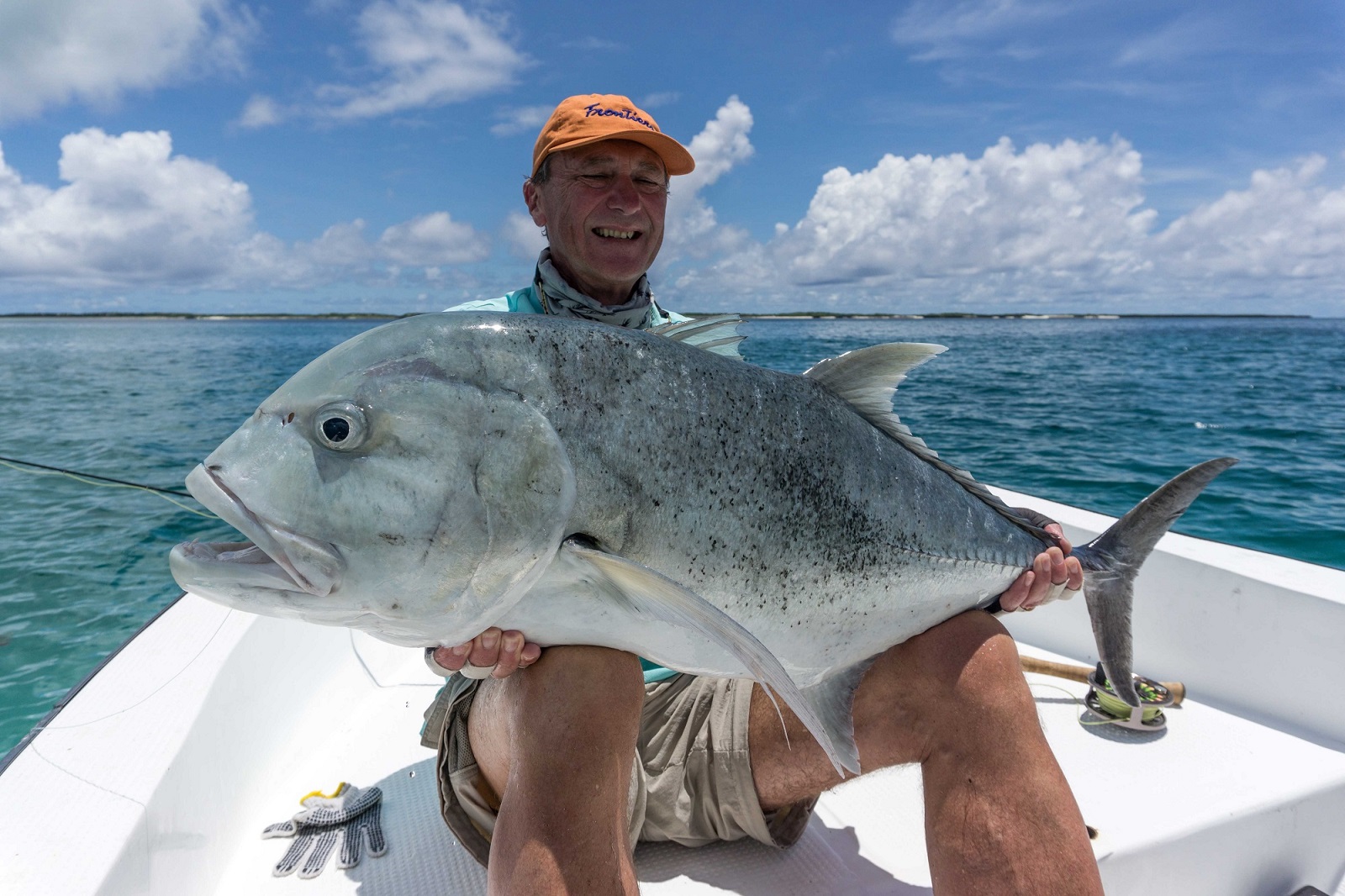