COSMOLEDO ATOLL FISHING NEWS – Triggerfish Were Out For Week 15 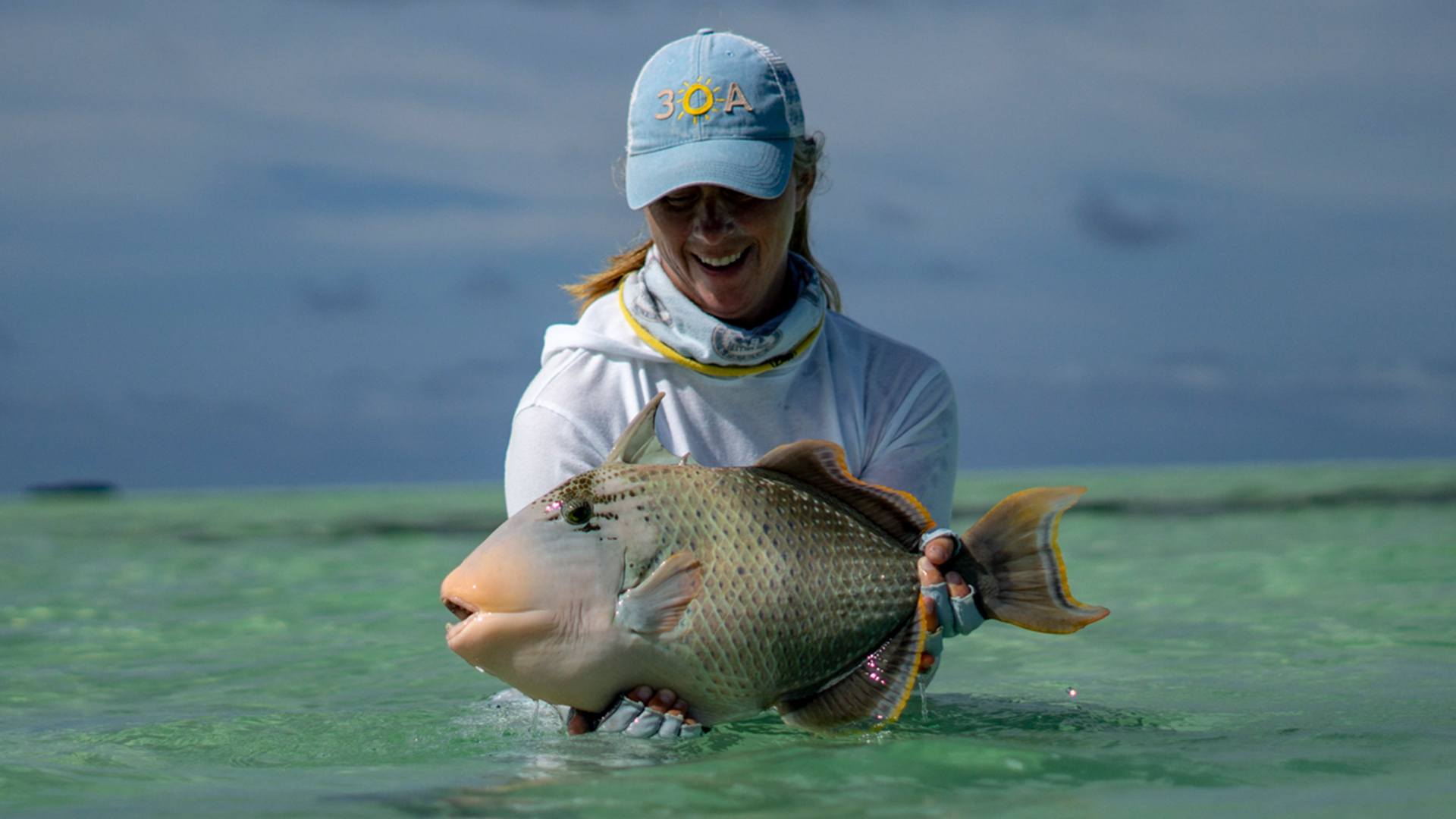 Unfortunately tough weather conditions with high winds and rain made it difficult to convert the opportunities on the flats that were presented to the anglers this week.

However, there were some great moments throughout the week. Joanne Hessney managed a Grand Slam on her first day with a milkfish, bonefish and giant trevally.

Kajsa landed the biggest triggerfish of the week, a monstrous 55 cm yellowmargin. However, Anders was on top with the triggerfish with two triggerfish to his name, with his father Soren having one to his name and Alex Powers getting one.

One great highlight was when JoAnn landed her first emerald parrotfish. A fish in which she has been longing for, for years.

On the final day, Zak was the species champion with multiple groupers including the sort after saddleback grouper to add to his list as well as a dogtooth tuna, snappers and bluefin trevally. 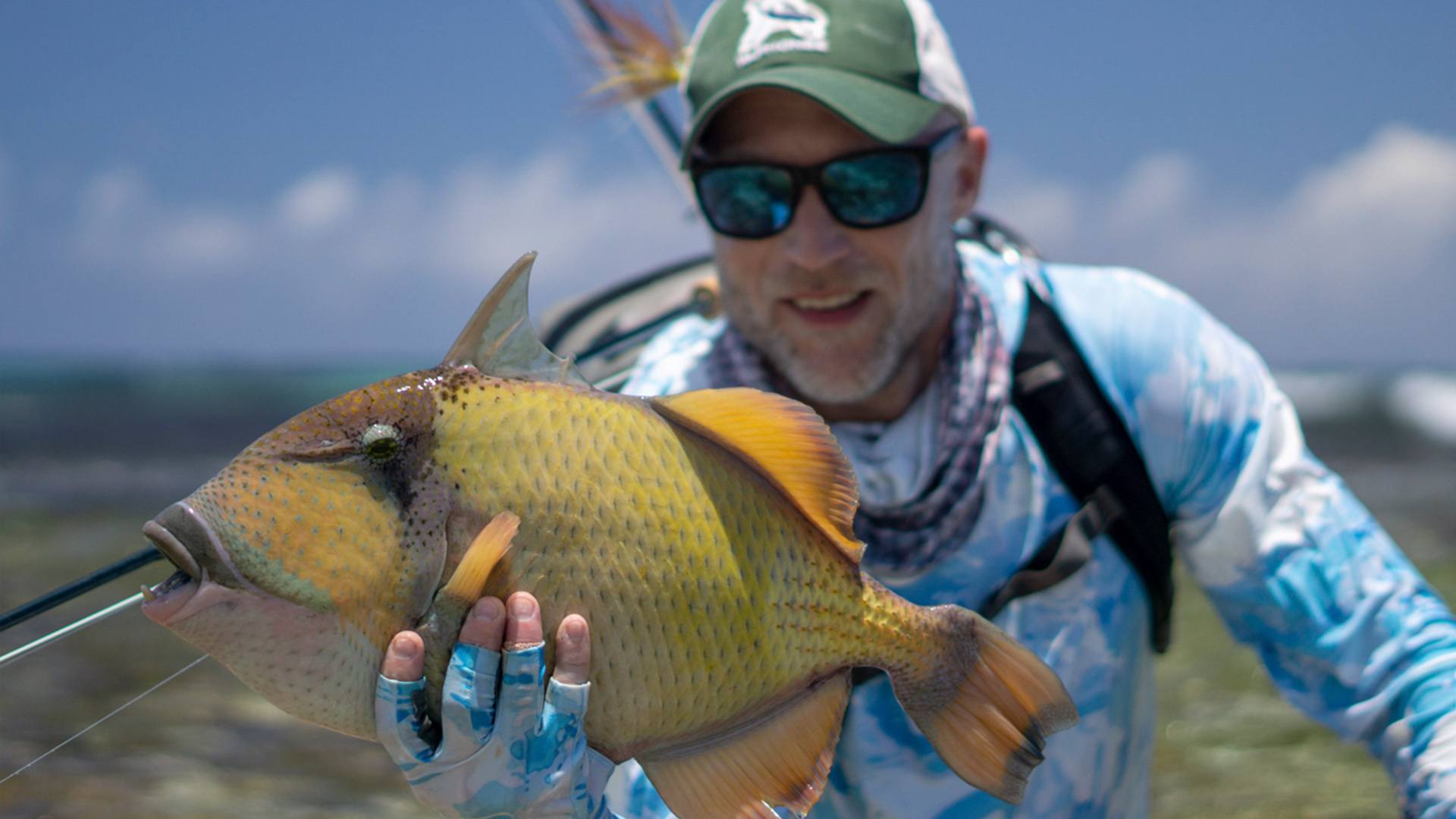 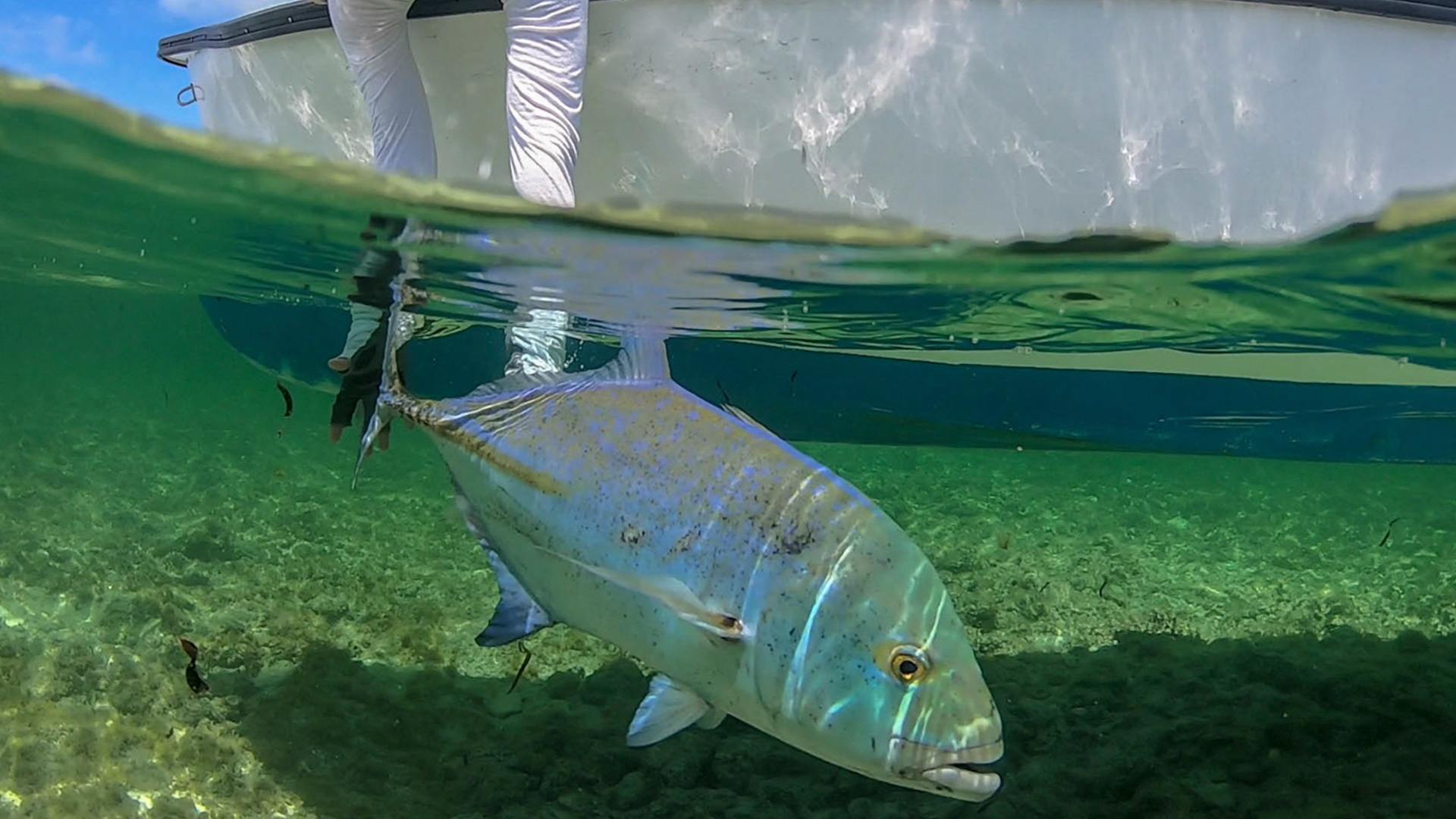 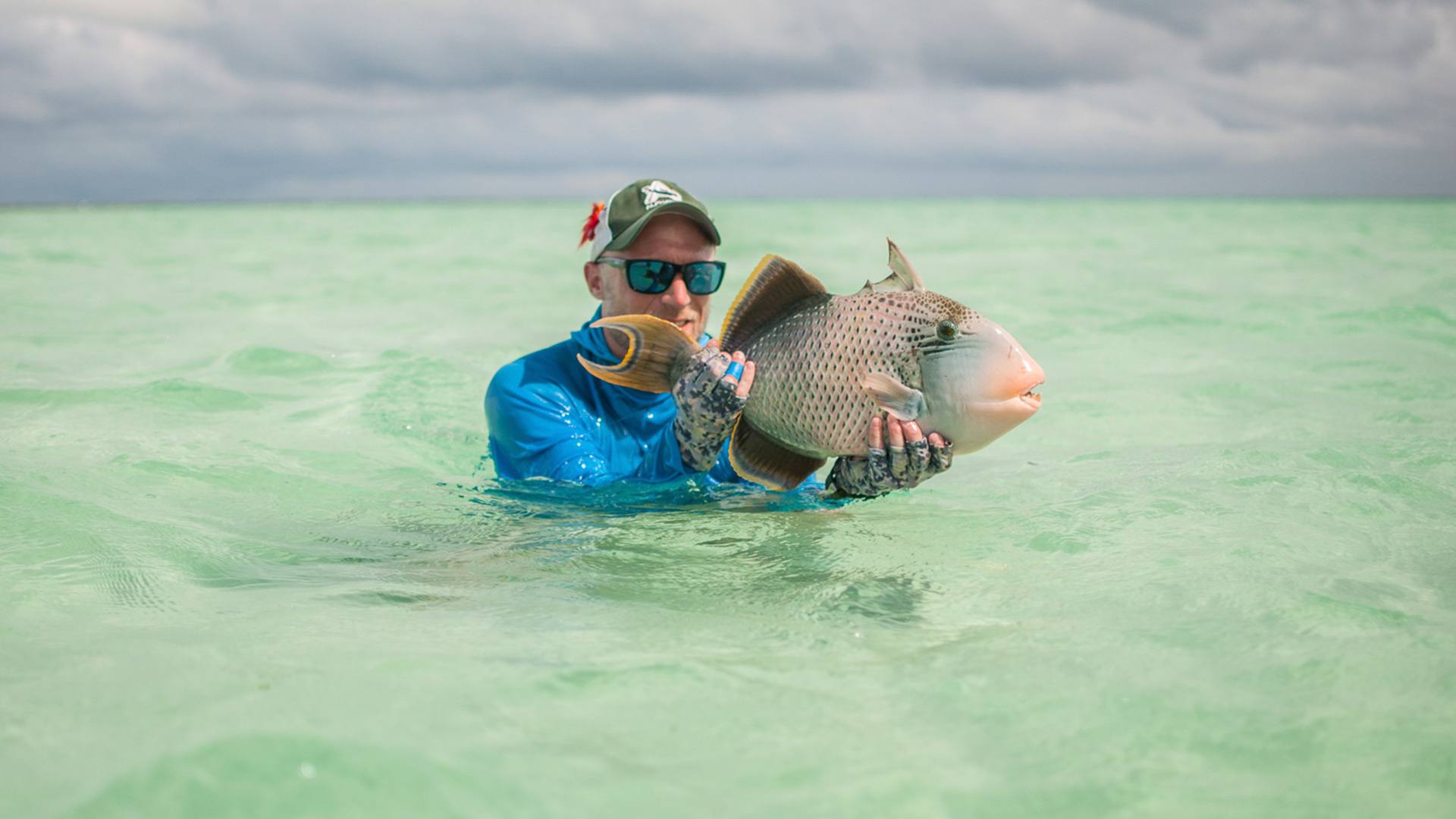 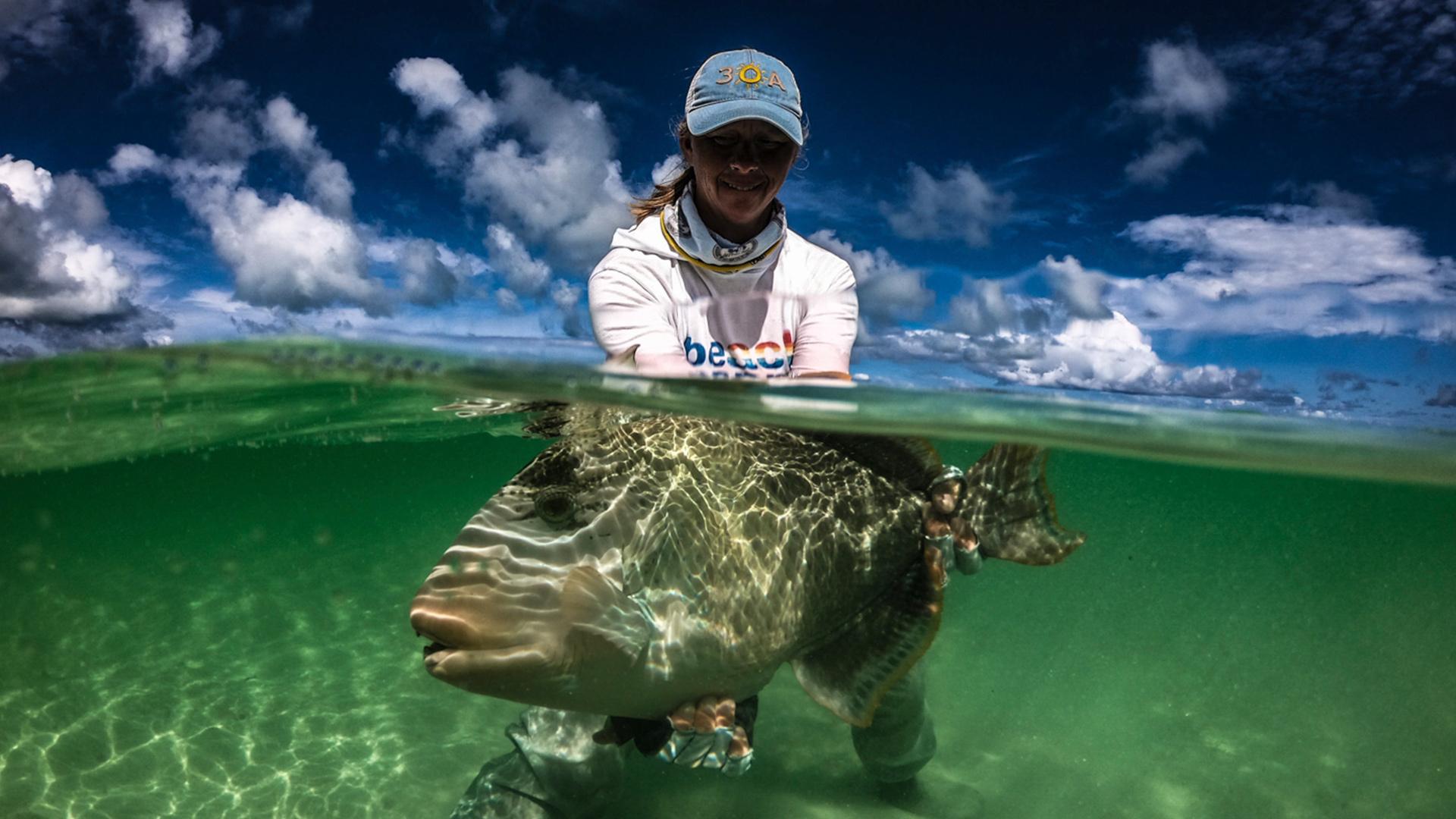 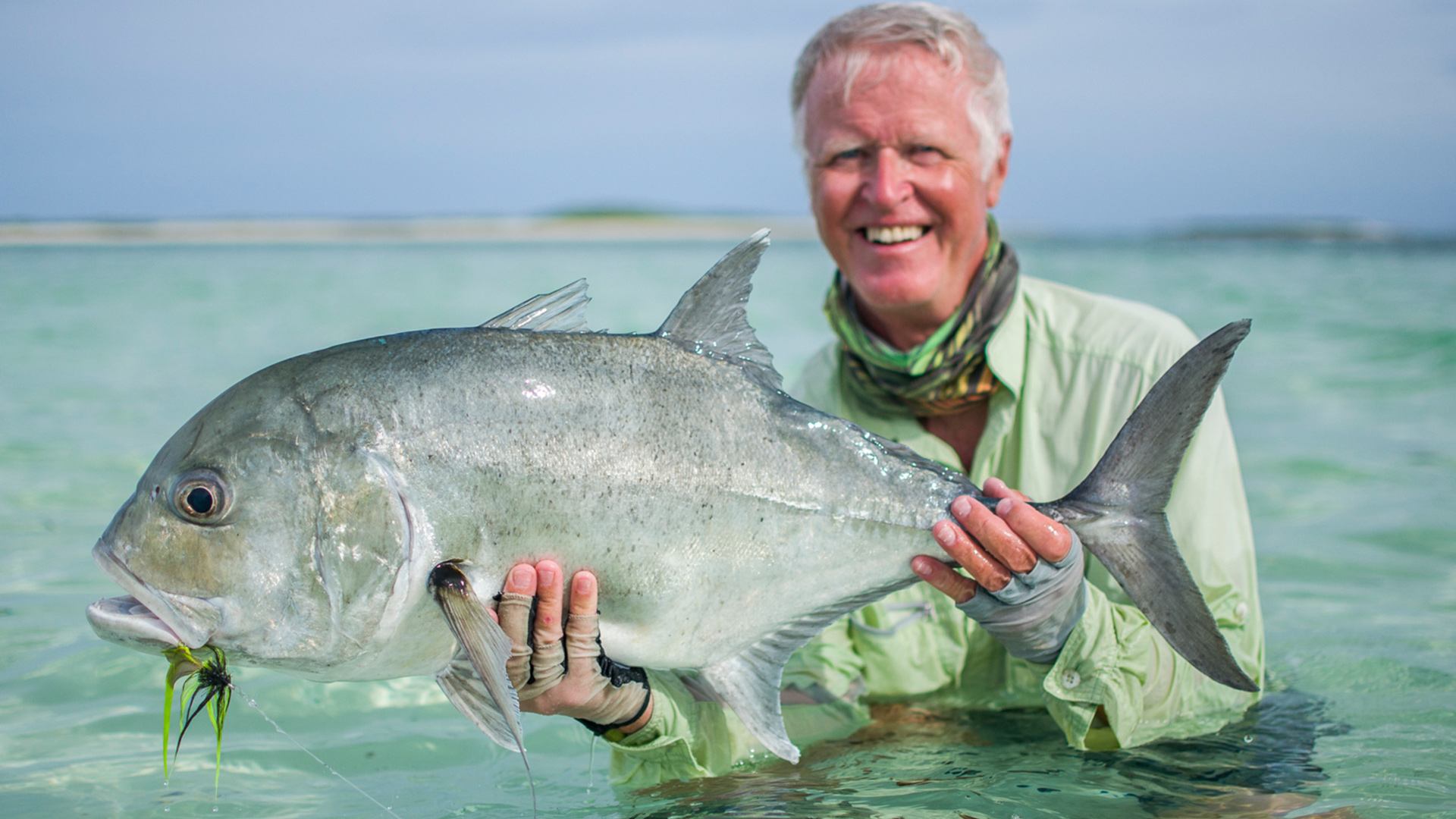 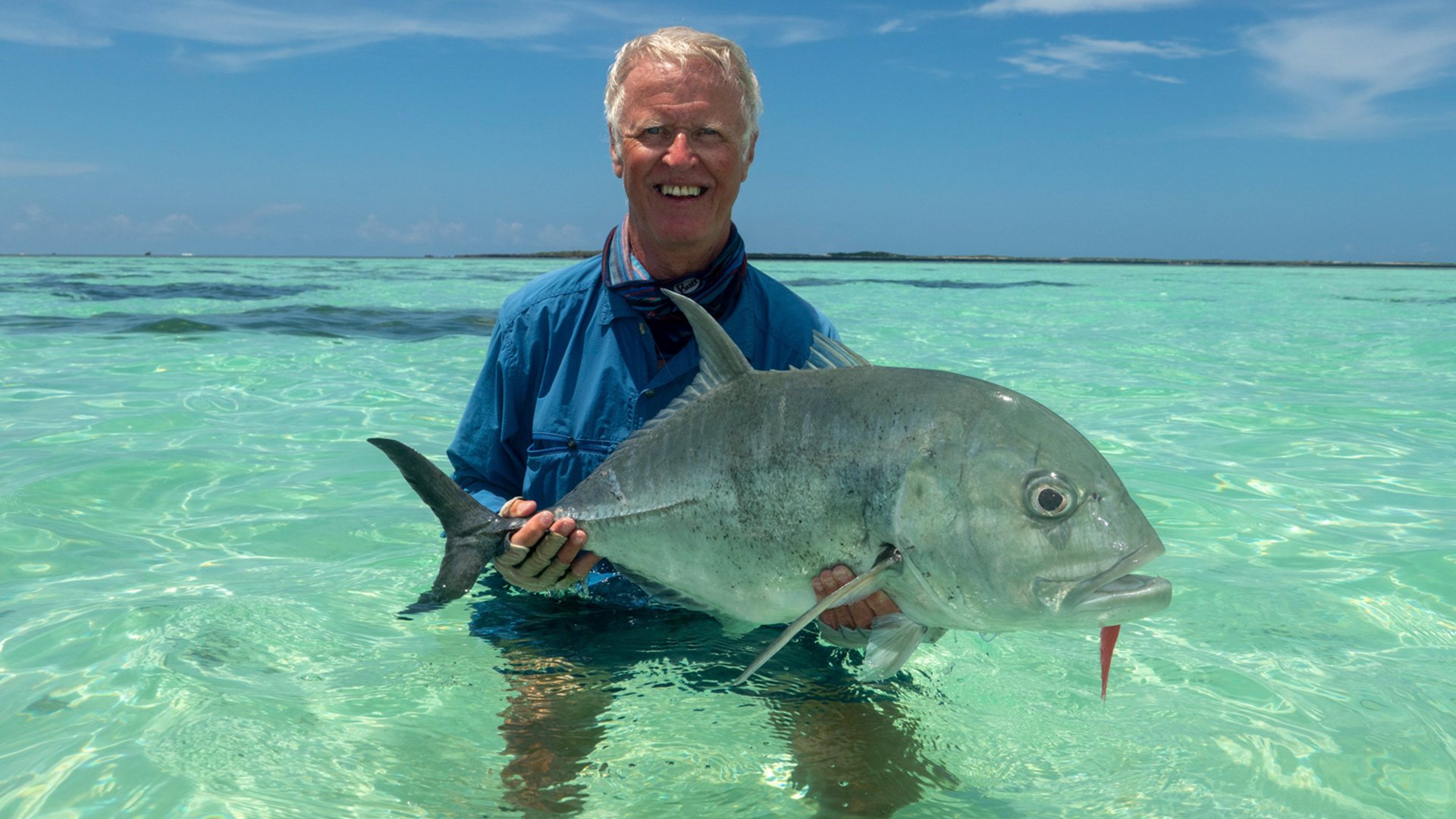 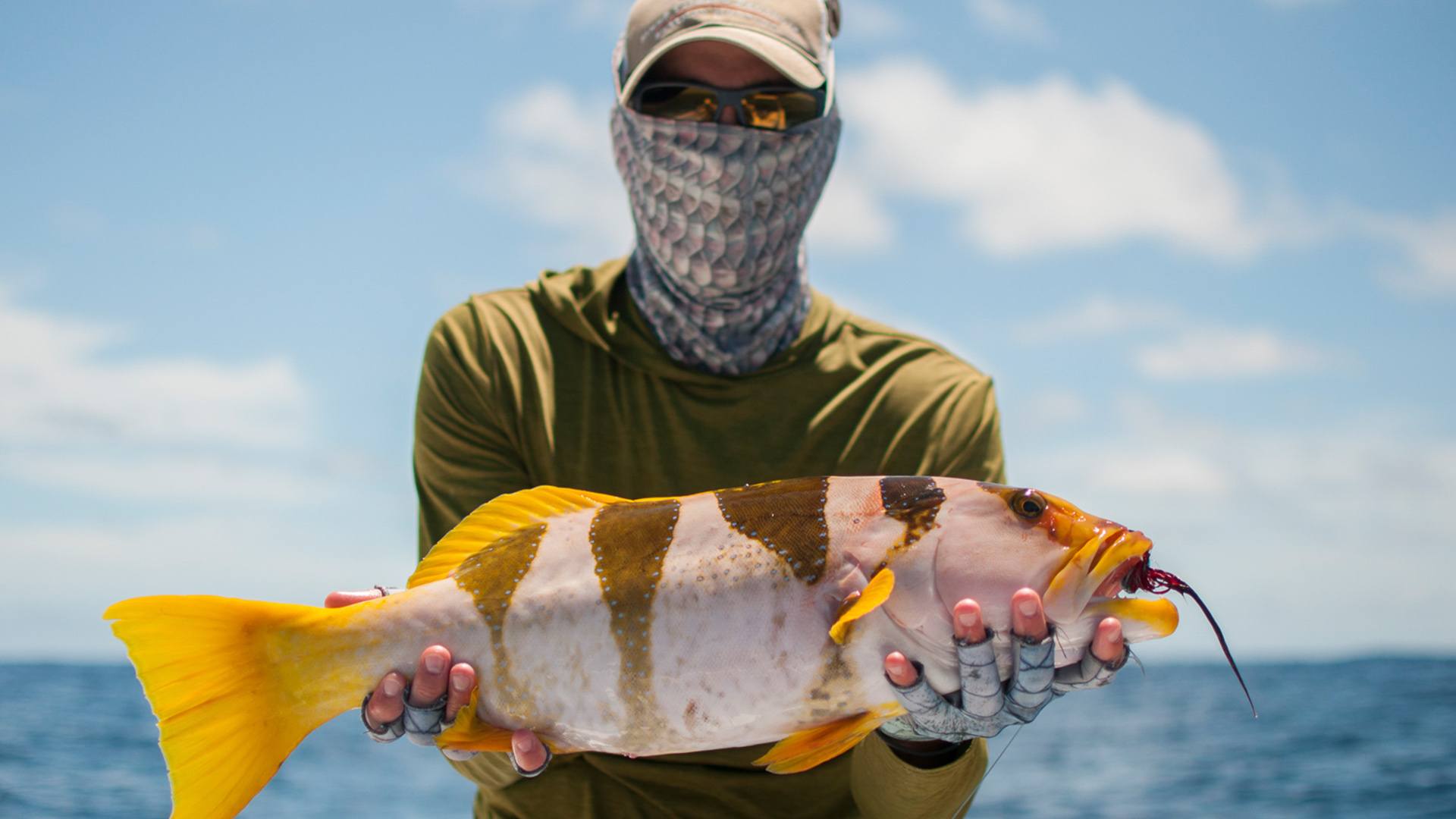