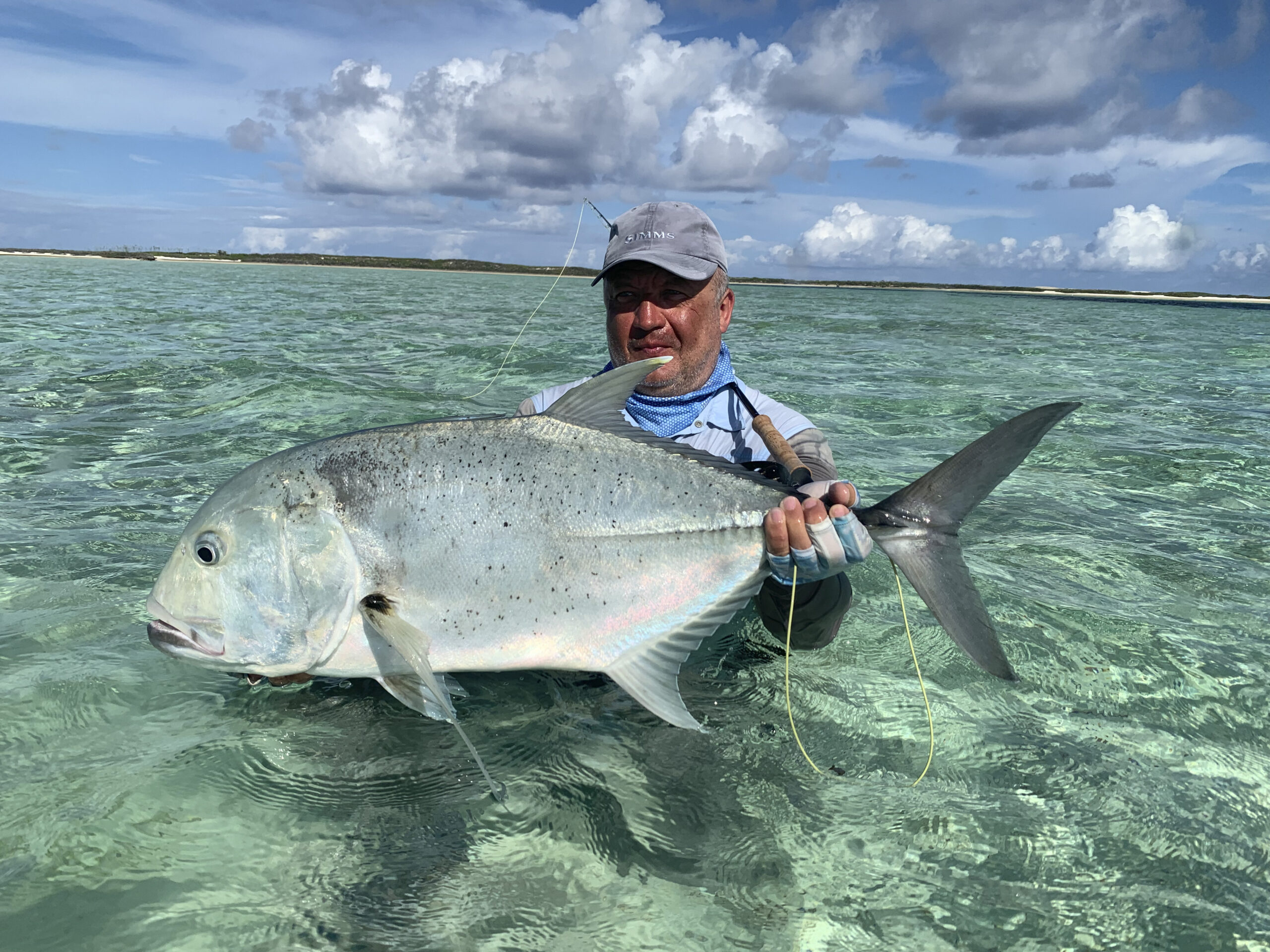 The eighth week of the season was a neap tide week with a mixed group of anglers and divers. It was a very exciting week as none of the anglers had fished Cosmo before so there was much anticipation in the air to explore!

We had a total of nine guests, two divers and seven anglers. David Keens and partner Margaret completed 15 dives in total and David still squeezed in three days of fishing. David racked up a few GTs and managed an impressive 48 cm yellowmargin triggerfish.

Eduardo Lvov landed a few personal bests ranging from huge groupers, a 65 cm + bluefin and an 82 cm GT. Eduardo’s fishing partner Valerii Naumochkin landed the biggest GT of the week measuring 84 cm which was amongst his four that he managed to land.

The rest of the weeks fish numbers were made up by the Kurschat Family. Marcus Snr leading the way with seven GTs and a fantastic moustache triggerfish. The boys caught all sorts of species and all eventually landed a few GTS each. Janis was certainly not missing out on the action and landed her first GT, along with some colourful grouper species and a great bonefish.

The week was slow to start but heated up as it progressed, lots of fish seen and hooked with everyone finishing the trip with huge smiles.

Tight lines from the Alphonse Fishing Co. Team on Cosmoledo

TOTAL CATCH STATS FROM  THE ANGLERS THIS WEEK: 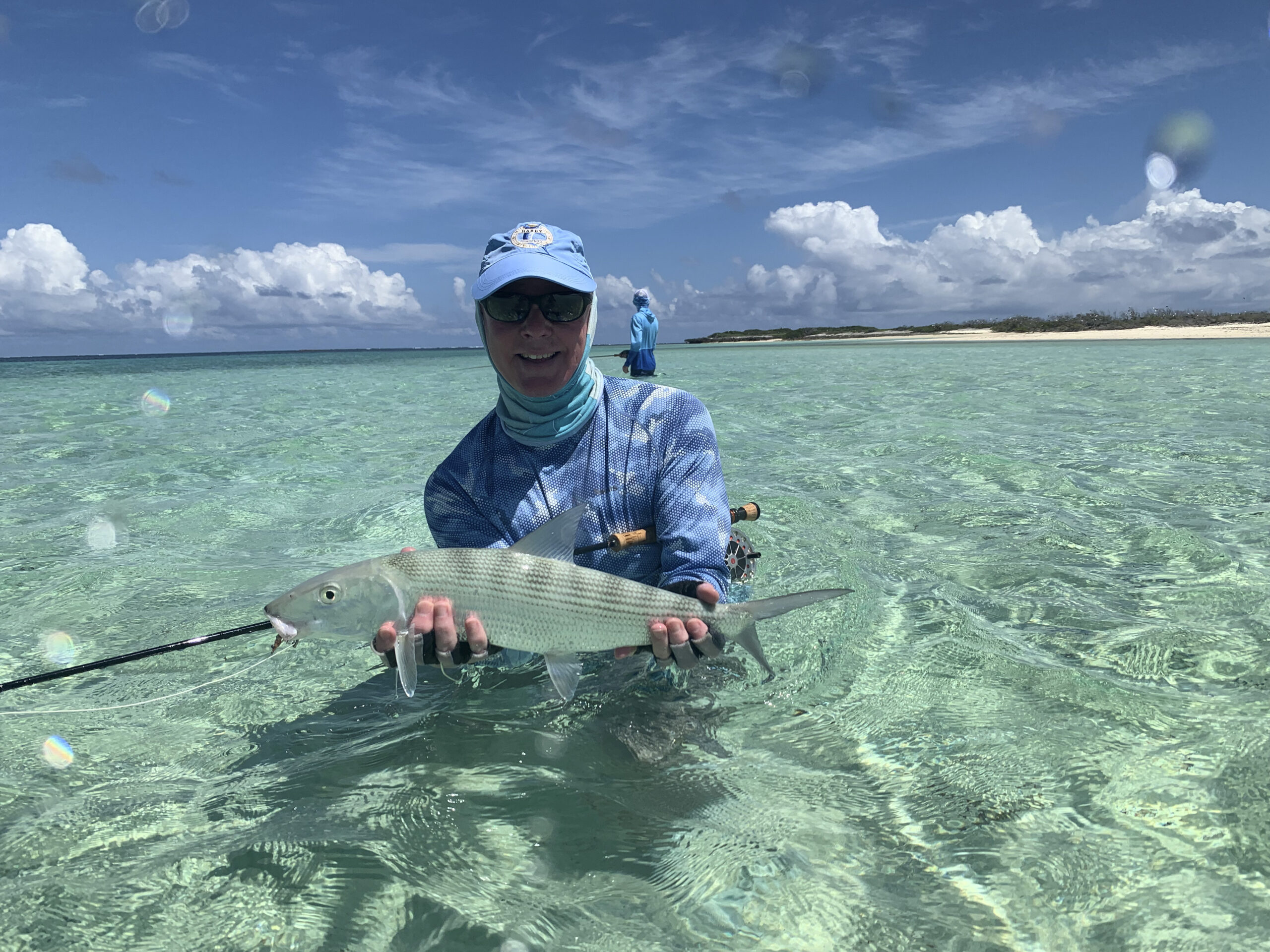 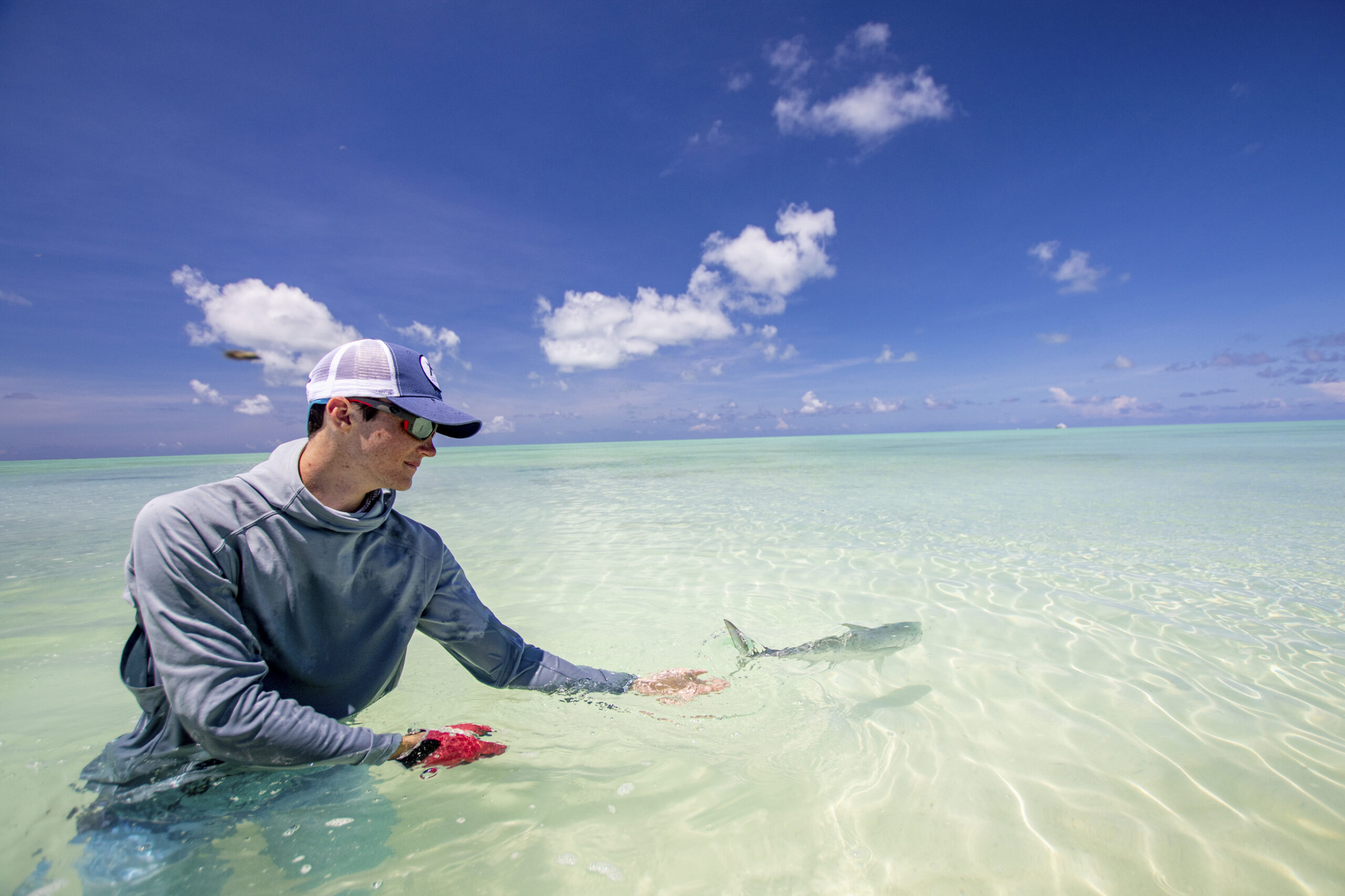 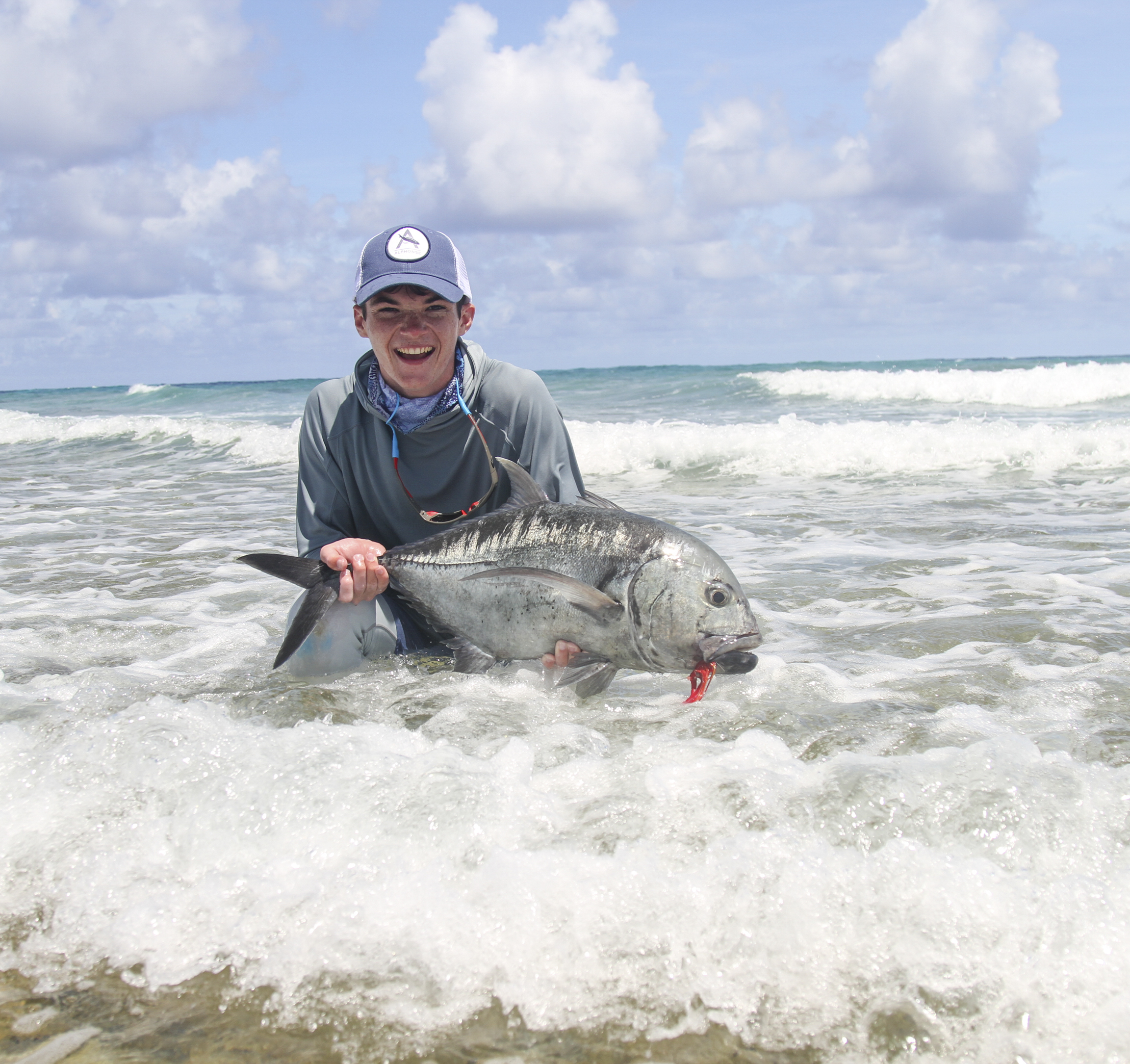 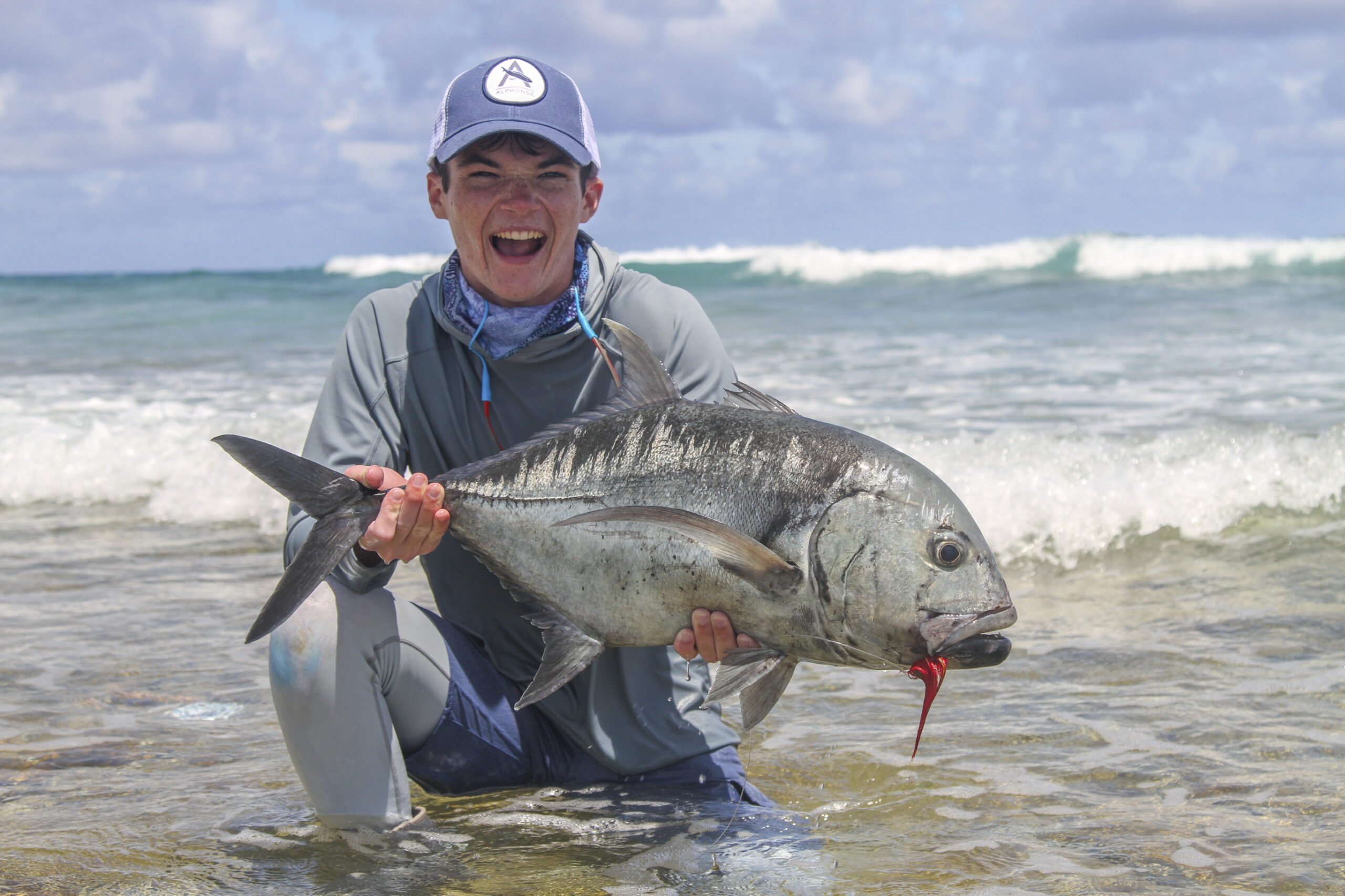 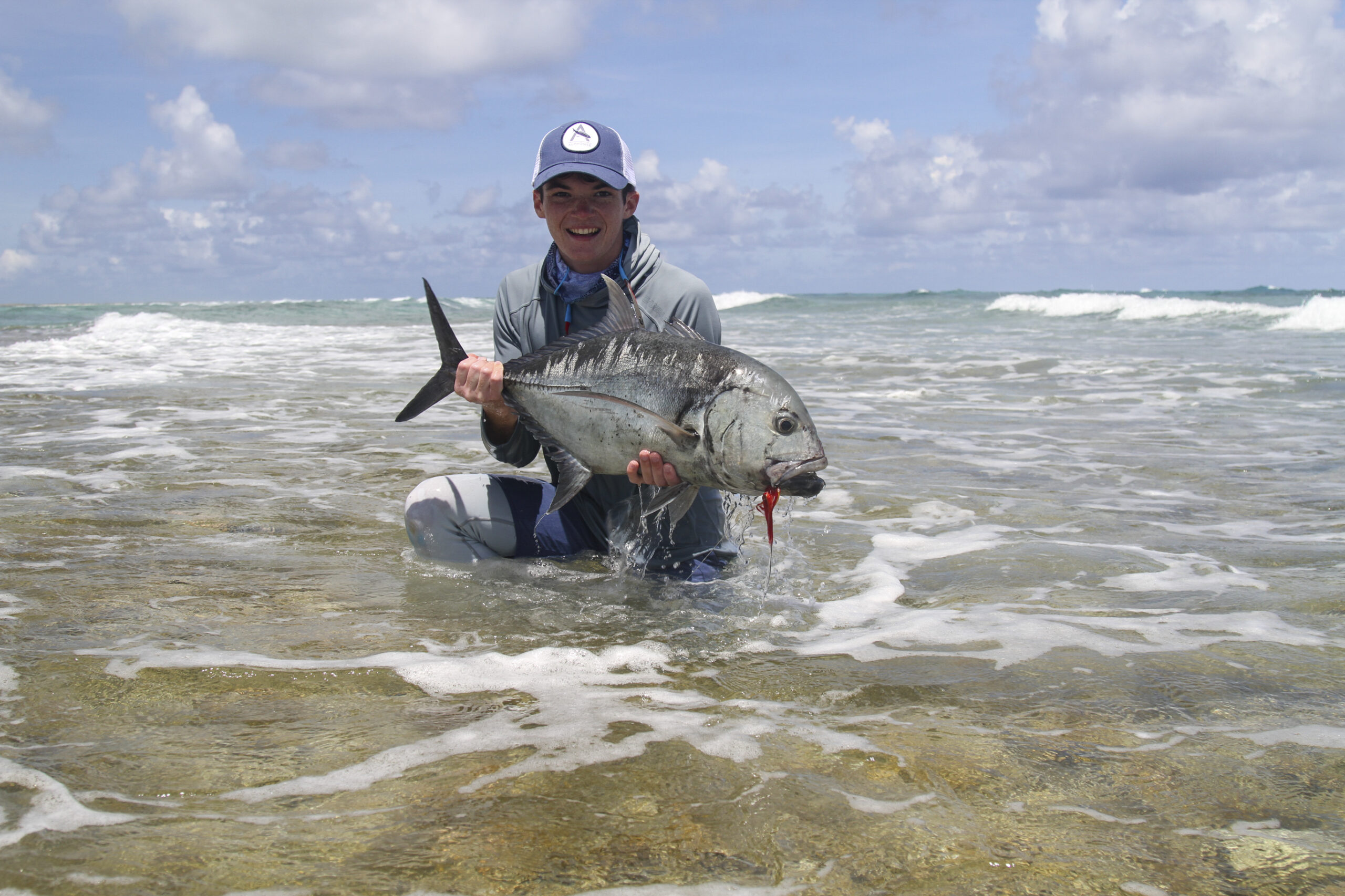 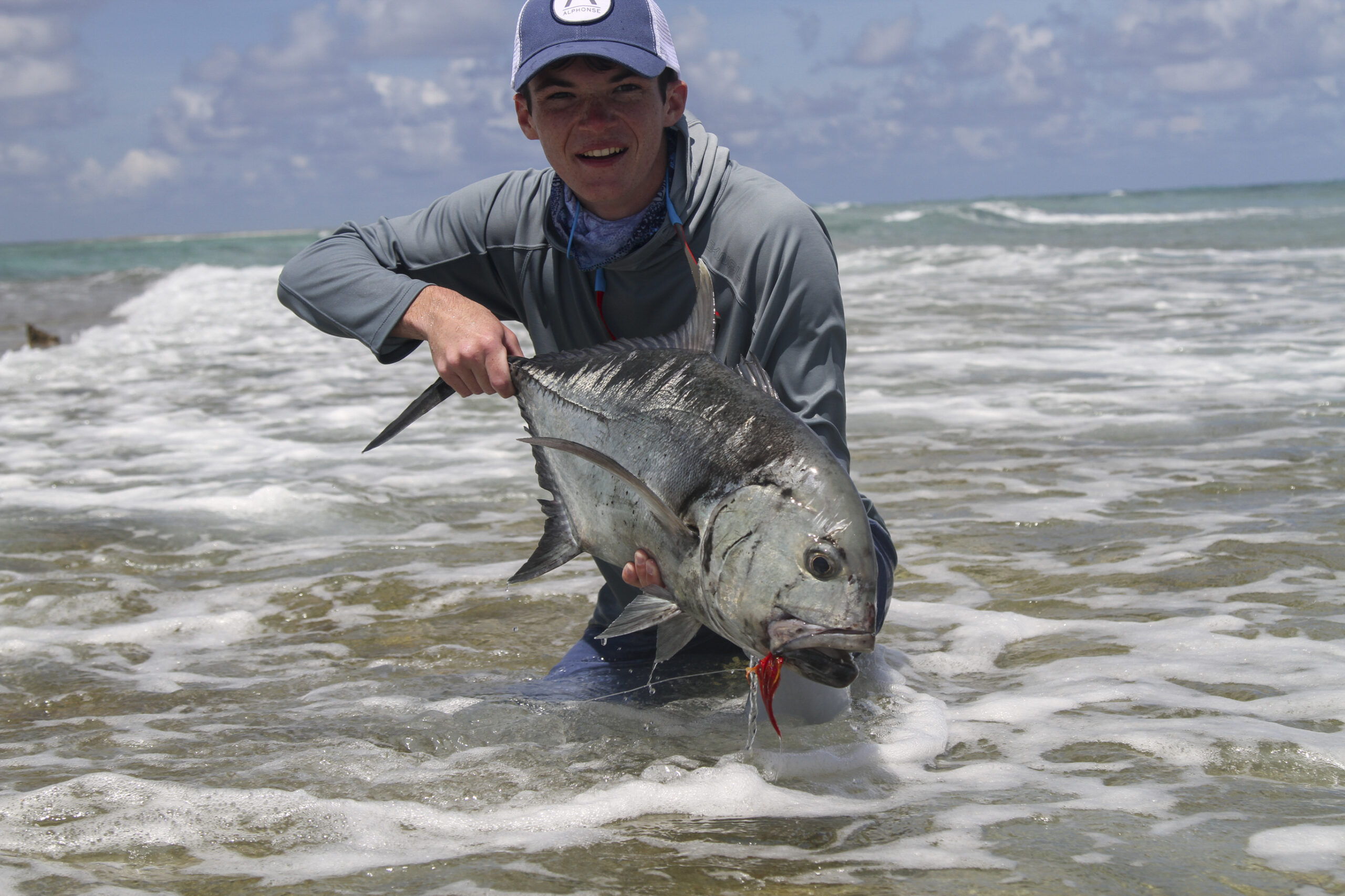 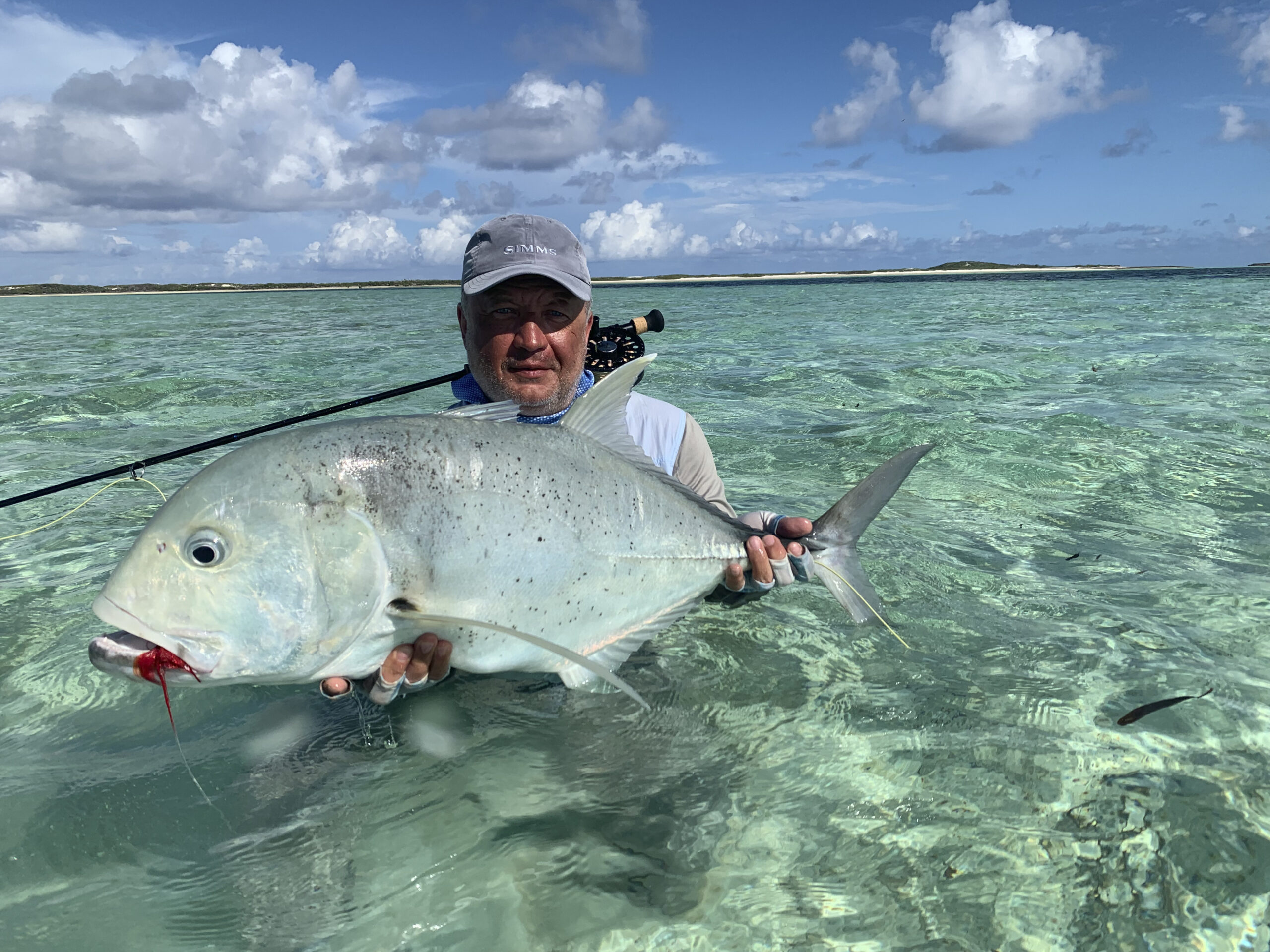 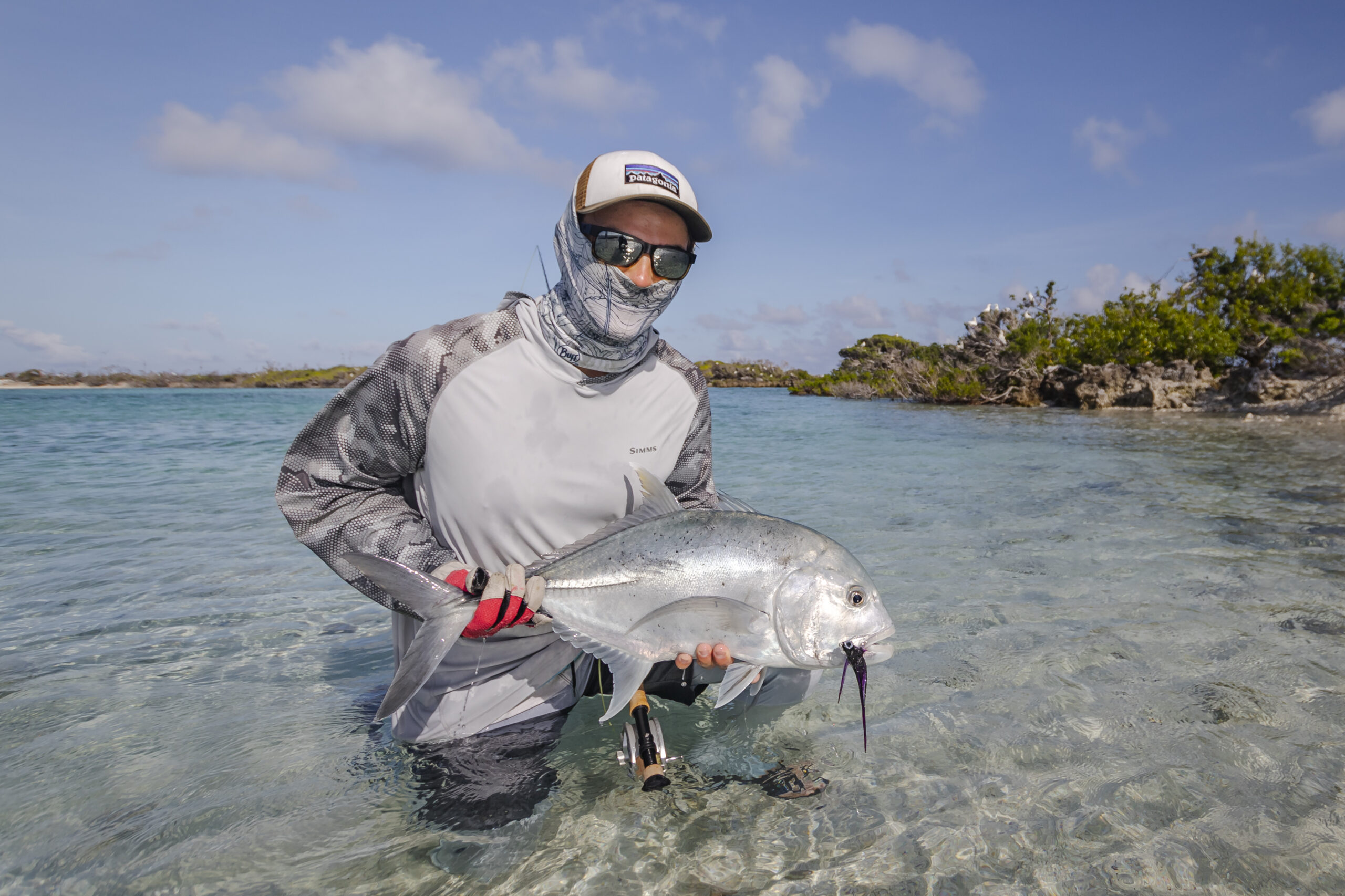 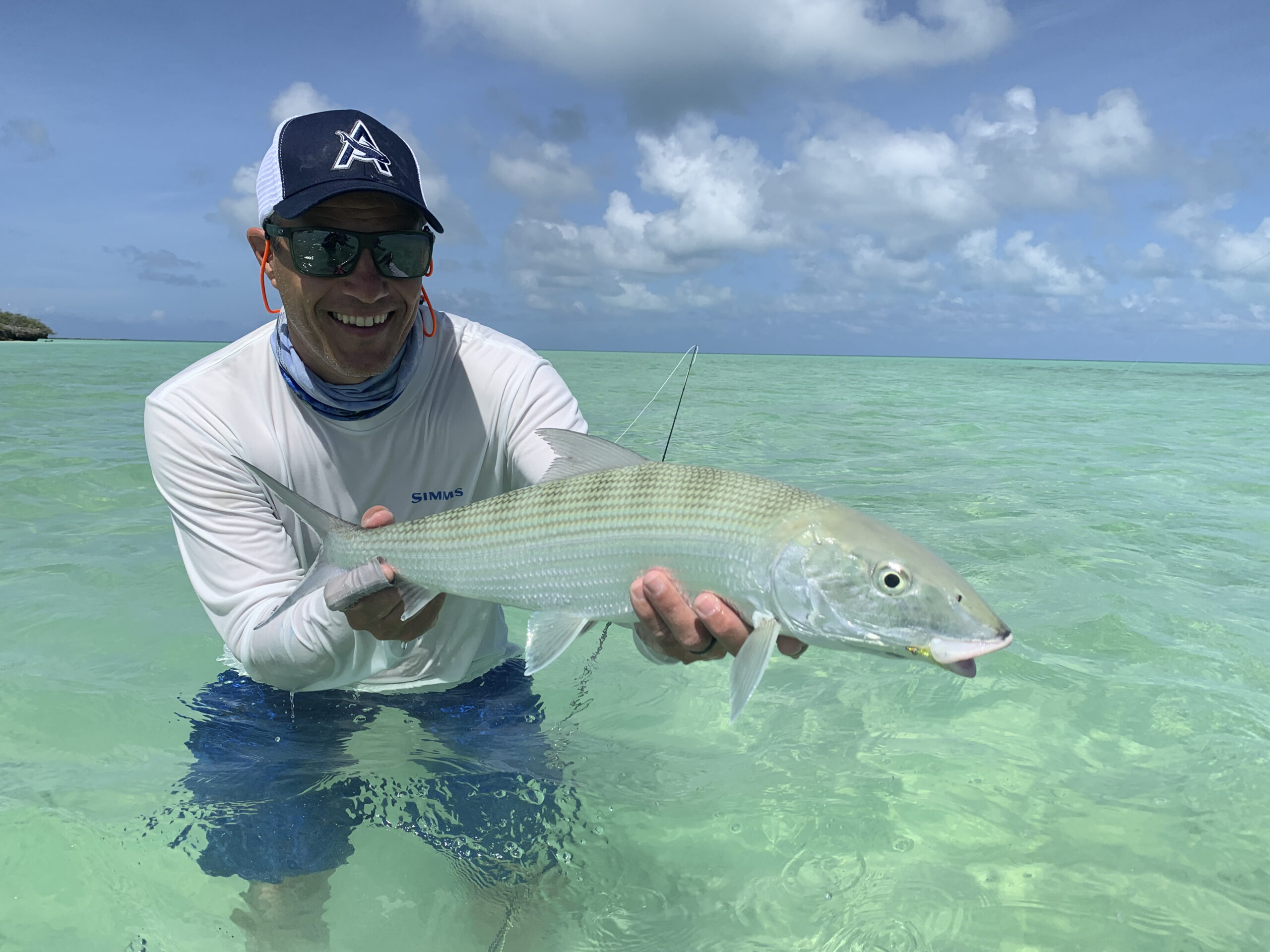