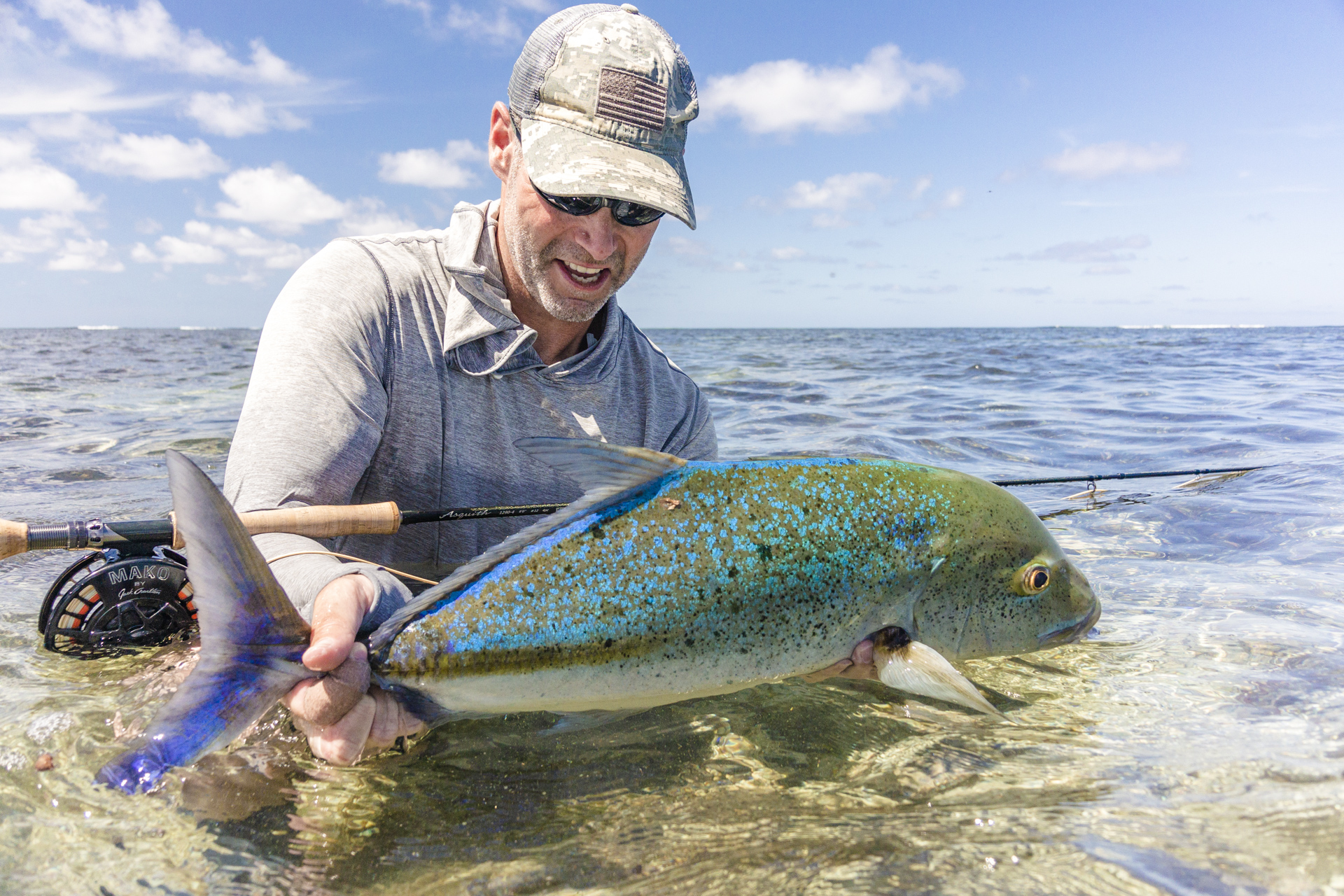 The festive season has finally come, with many new faces and some welcomed returning ones. The weather God blessed us this week with some unreal weather. The tides also played to our advantage with it being springs, allowing for multiple surf walks and some great catches.

This was yet another week dominated by GTs! The large number of newcomers resulted in a good few bonefish being caught with Sonny, Nicky, Patrick, Grace, Clive, Alexandra, Branden, Dan, Sam and Calin all landing their first bonefish. Samuel also managed to land 20+ bones on a few occasions. Ed being a seasoned angler here on Alphonse stuck to his passion of catching bonefish and managed to land a whooping 200 bonefish in the week and went on to catch his first GT.

Lots of surf walks always means lots of GTs seen which resulted in some of them being brought to hand! That’s what happened this week, with Samuel, Robert, Andrew and Peter all catching their first GTs. Keith, Cecily, Collin, Joseph, Mike, Mark and Christian all also managed to add some more GTs to their overall tally’s. Mike and his guide Cullan decided to do a last-minute afternoon surf walk and boy did it pay off with Mike catching five GTs in a day! The GT of the week goes to Cecily with a lovely 89 cm fish. Arthur managed to coax a milkfish feeding on the flats to eat his fly landing his first milkfish, a lovely fish just over one metre.

On the trigger front Joesph, Tommy and Archie managed to land themselves moustache triggerfish, with Archie’s being his first and an absolute tank at that stretching the tape measure to 51cm. Mark also managed to land himself a batfish. Last up is always a very special catch by Calin who landed his first permit on his first cast in saltwater.

On the bluewater side of things Victor, Samuel and Zarah all managed to catch their first sailfish, while Joseph, David and Caroline all caught their first wahoo.
That’s it from this week. Well done to everyone on some phenomenal catches. We hope everybody had Merry Christmas and Happy New Year! Stay tuned for next weeks catch report. 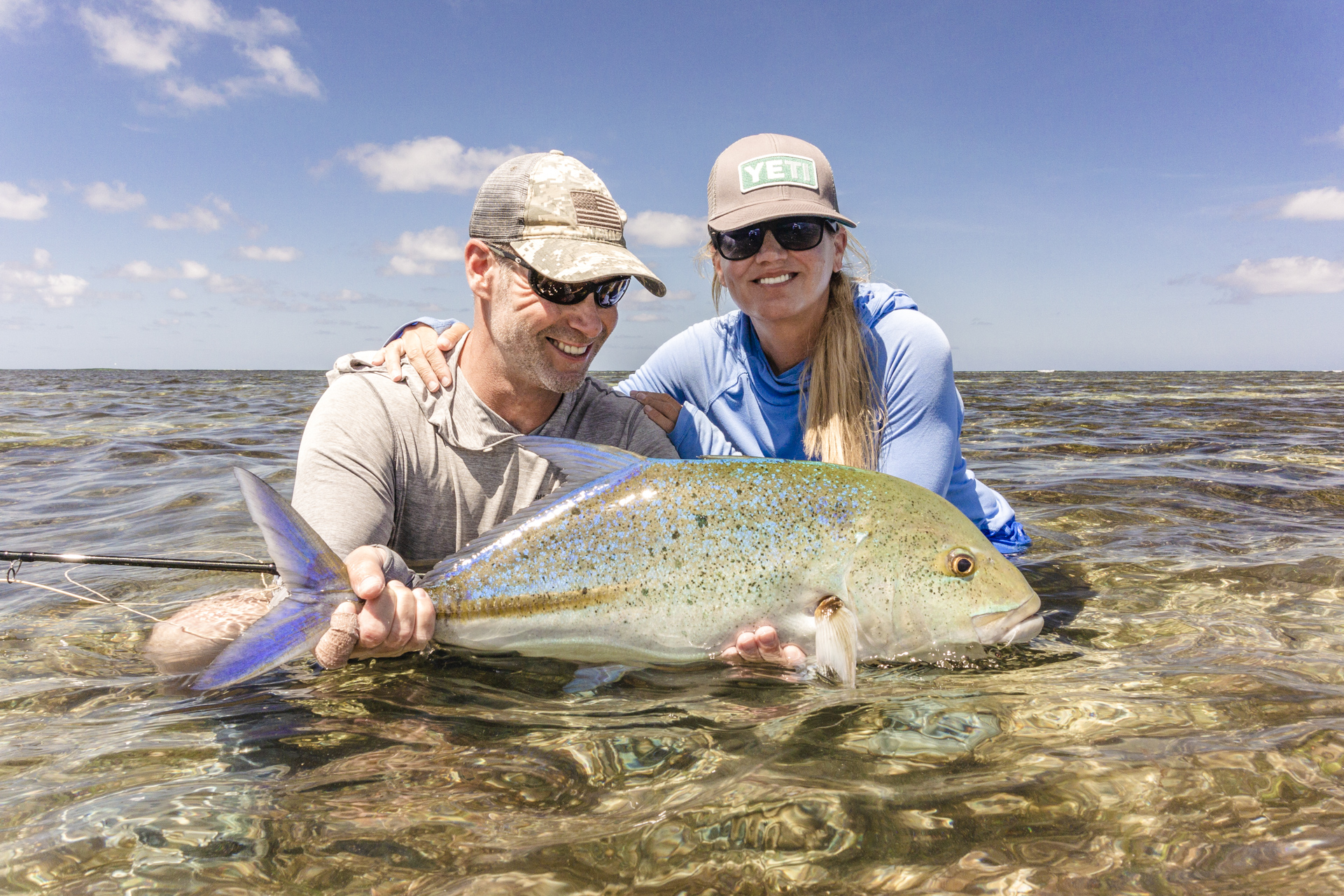 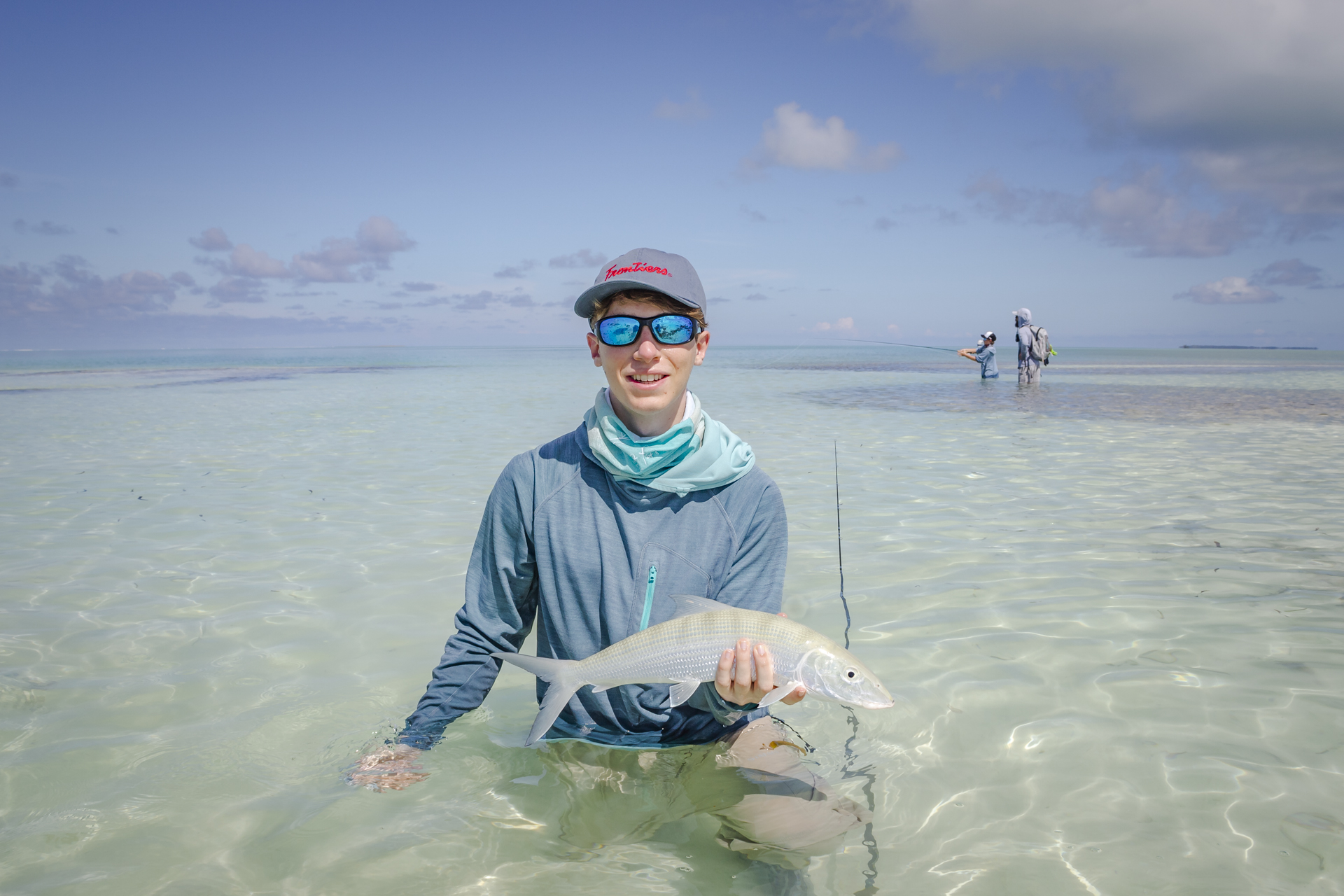 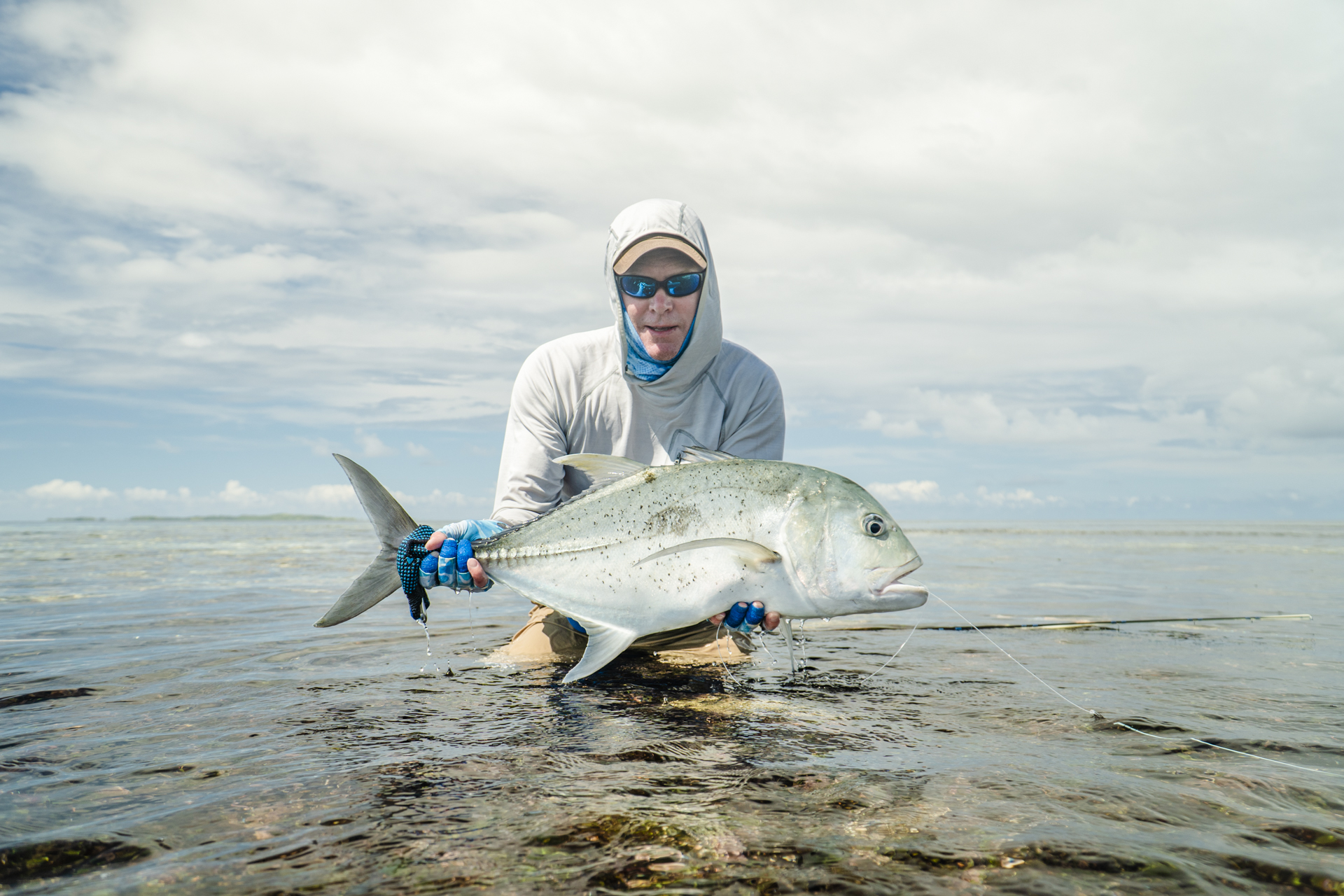 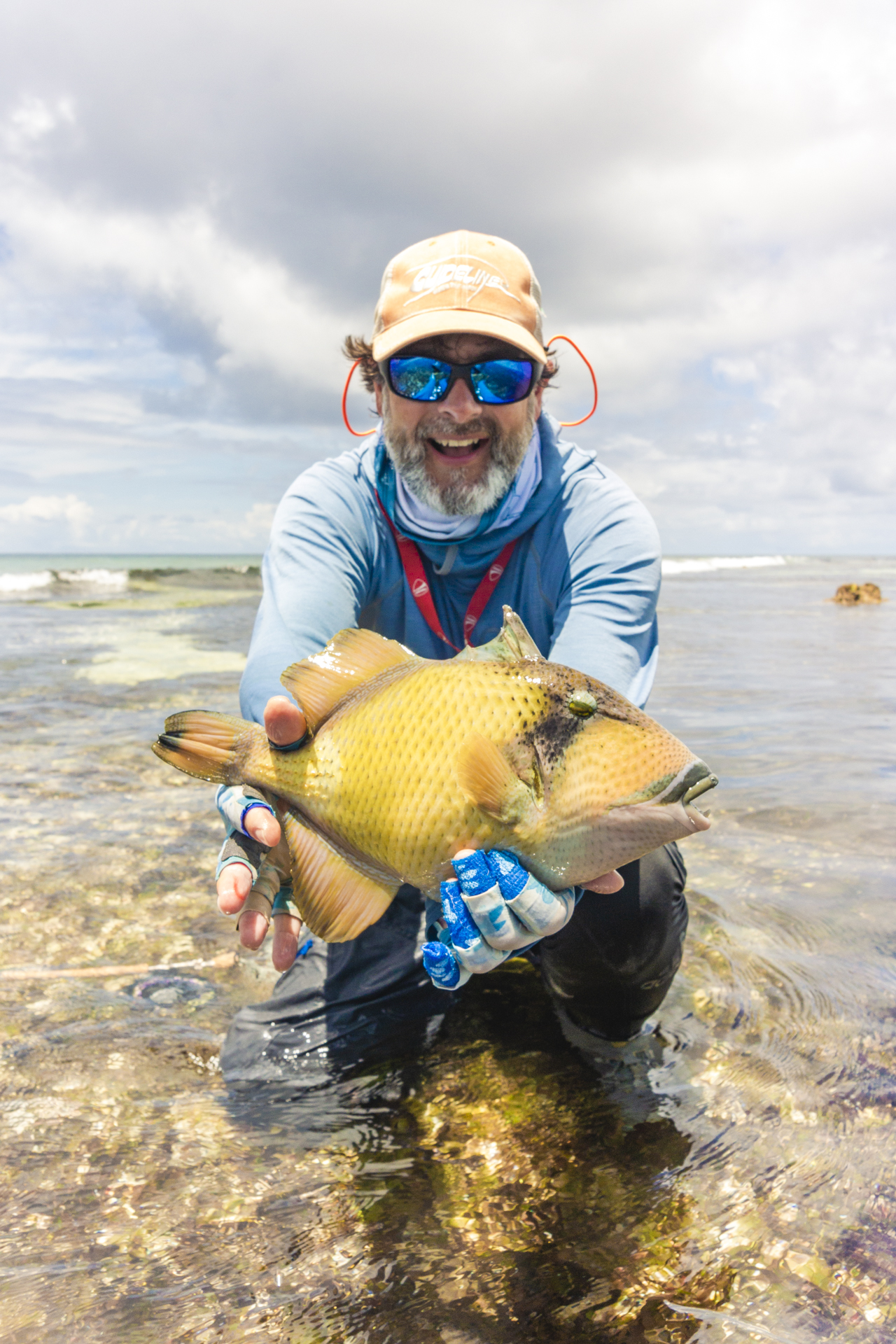 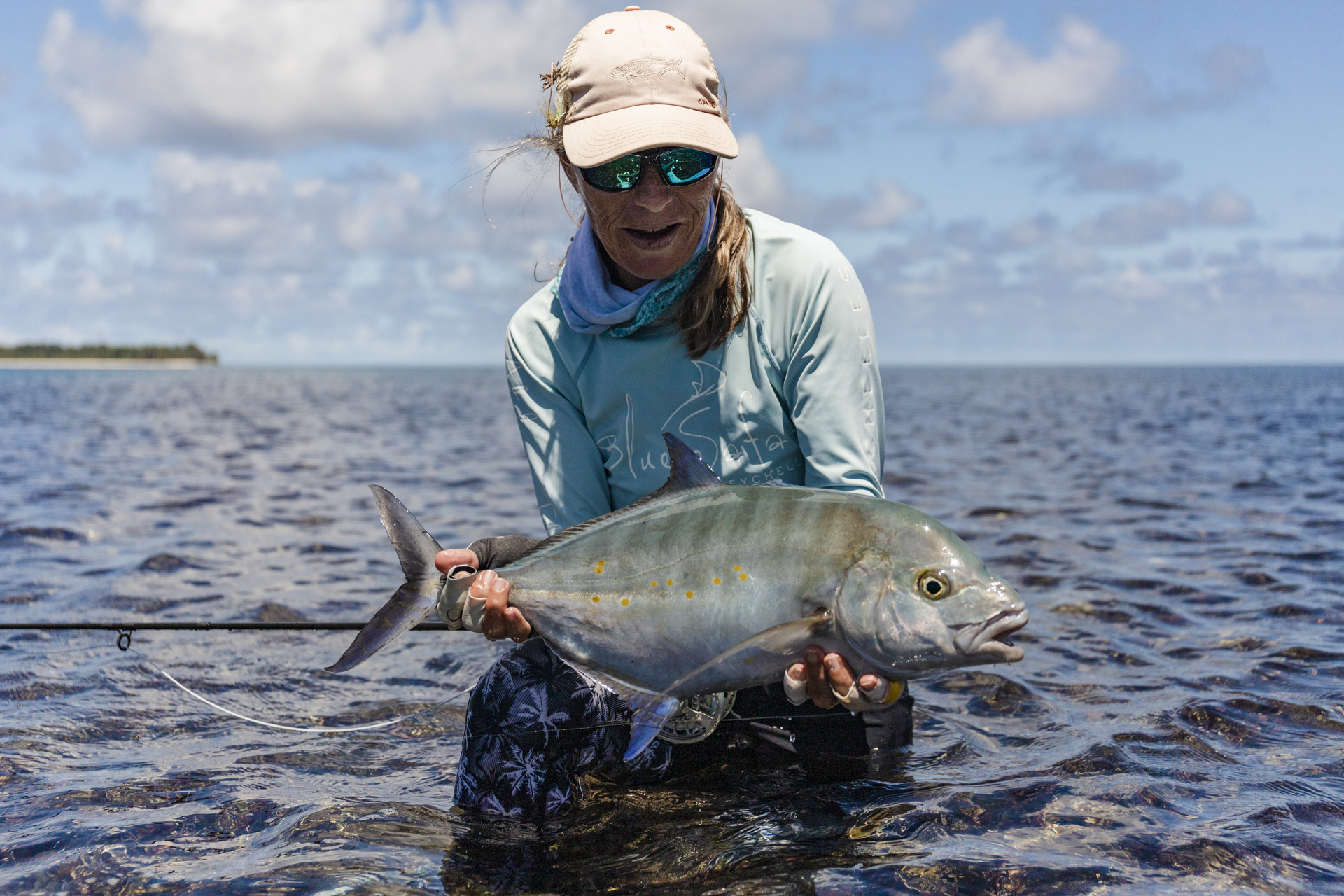 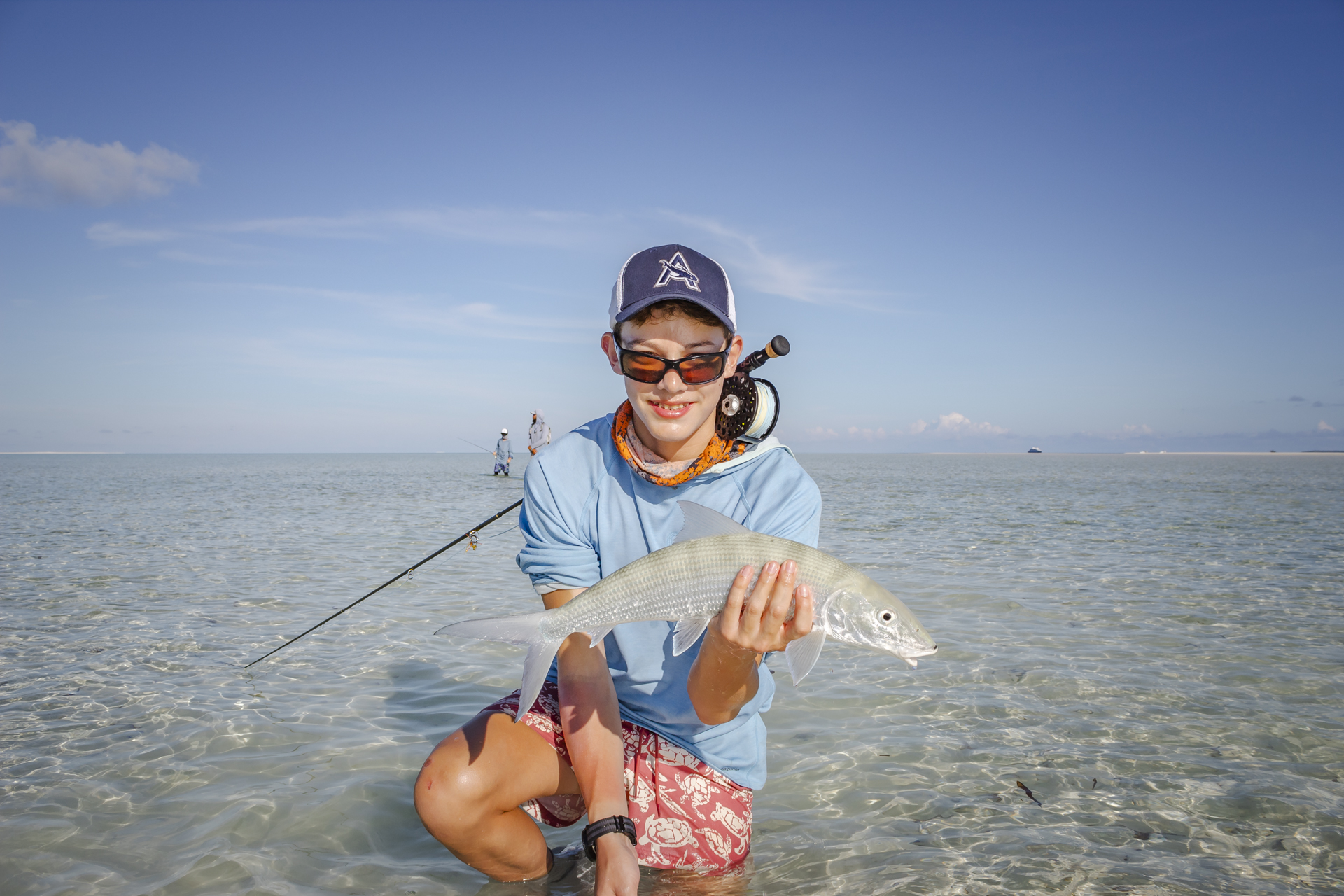 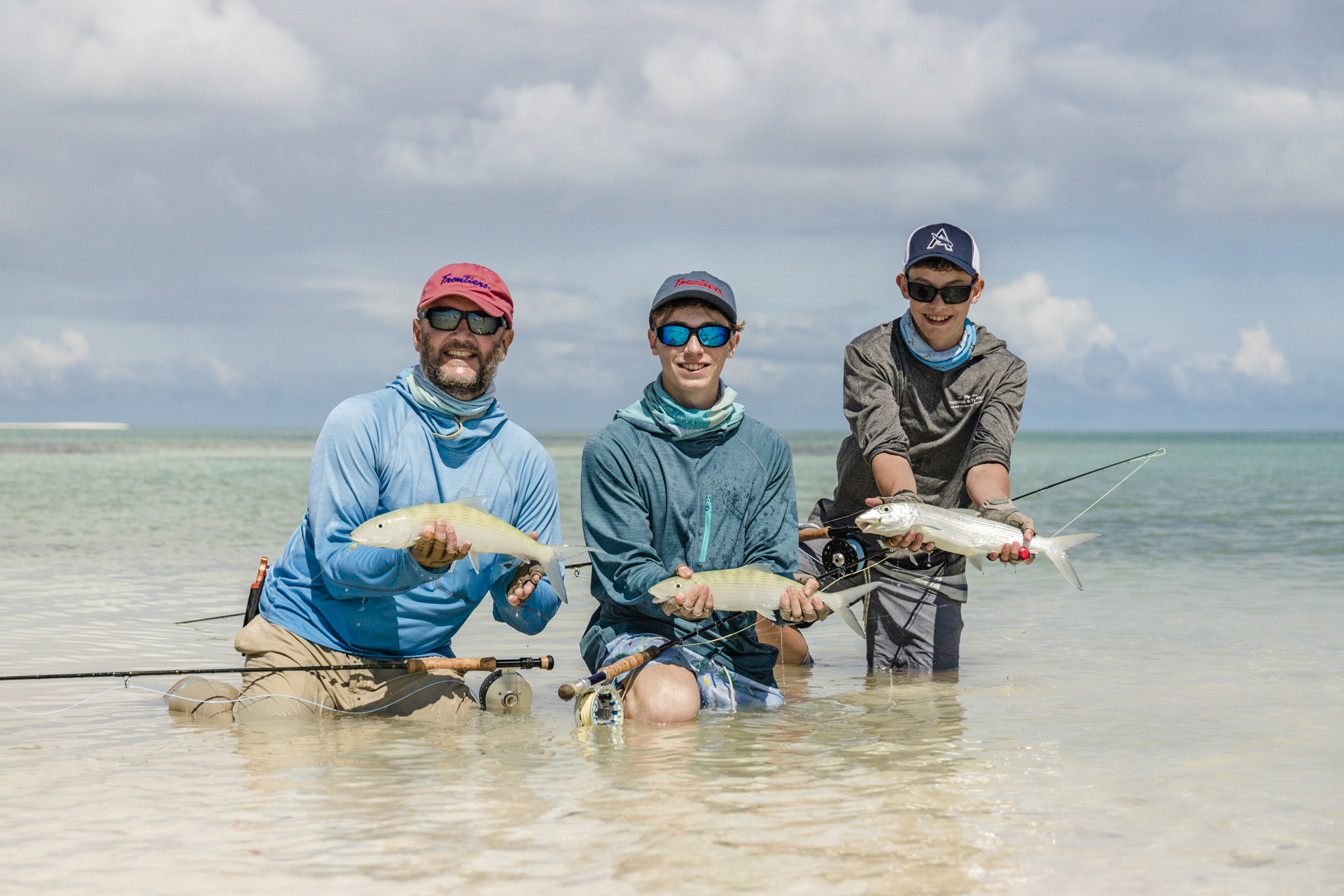 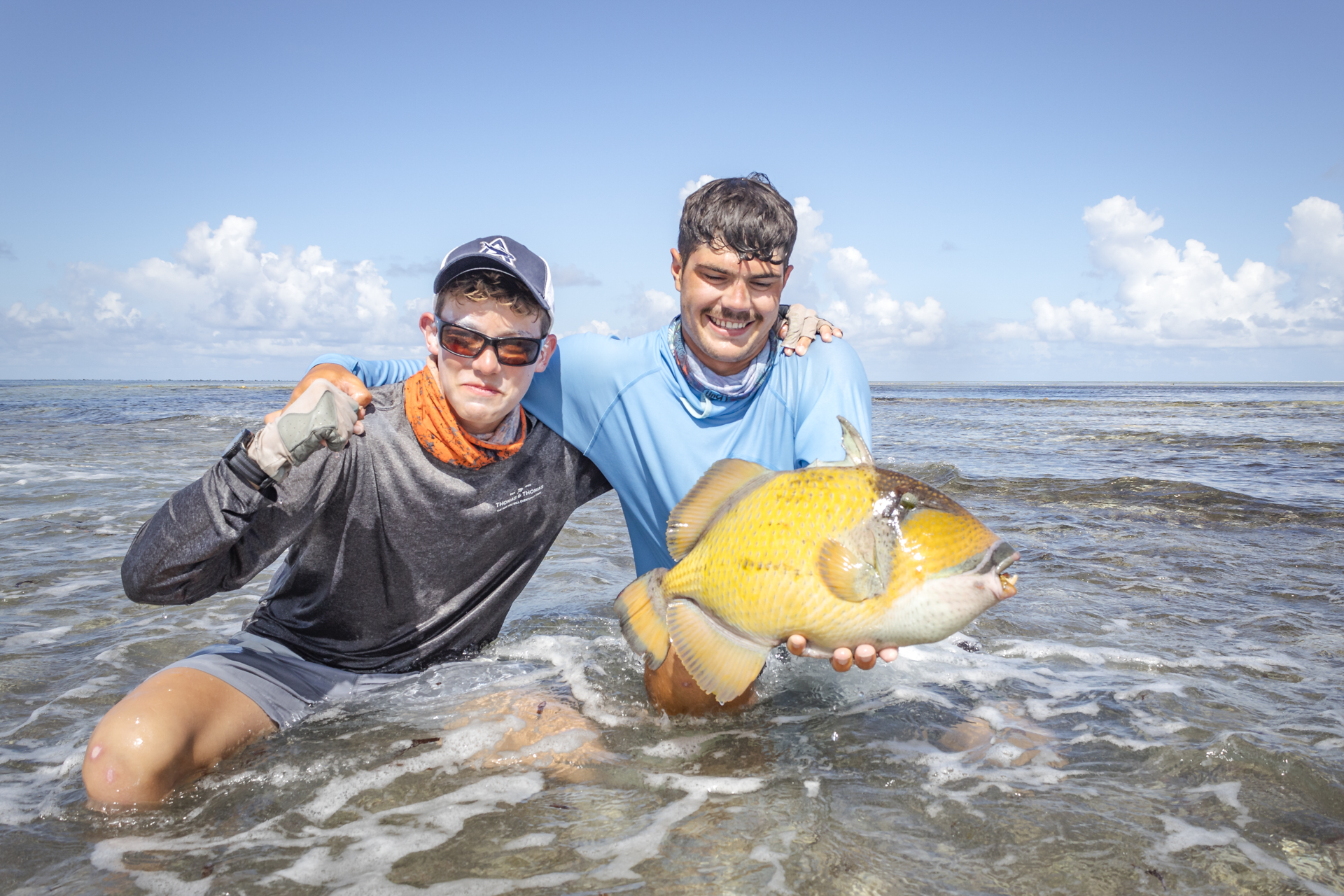 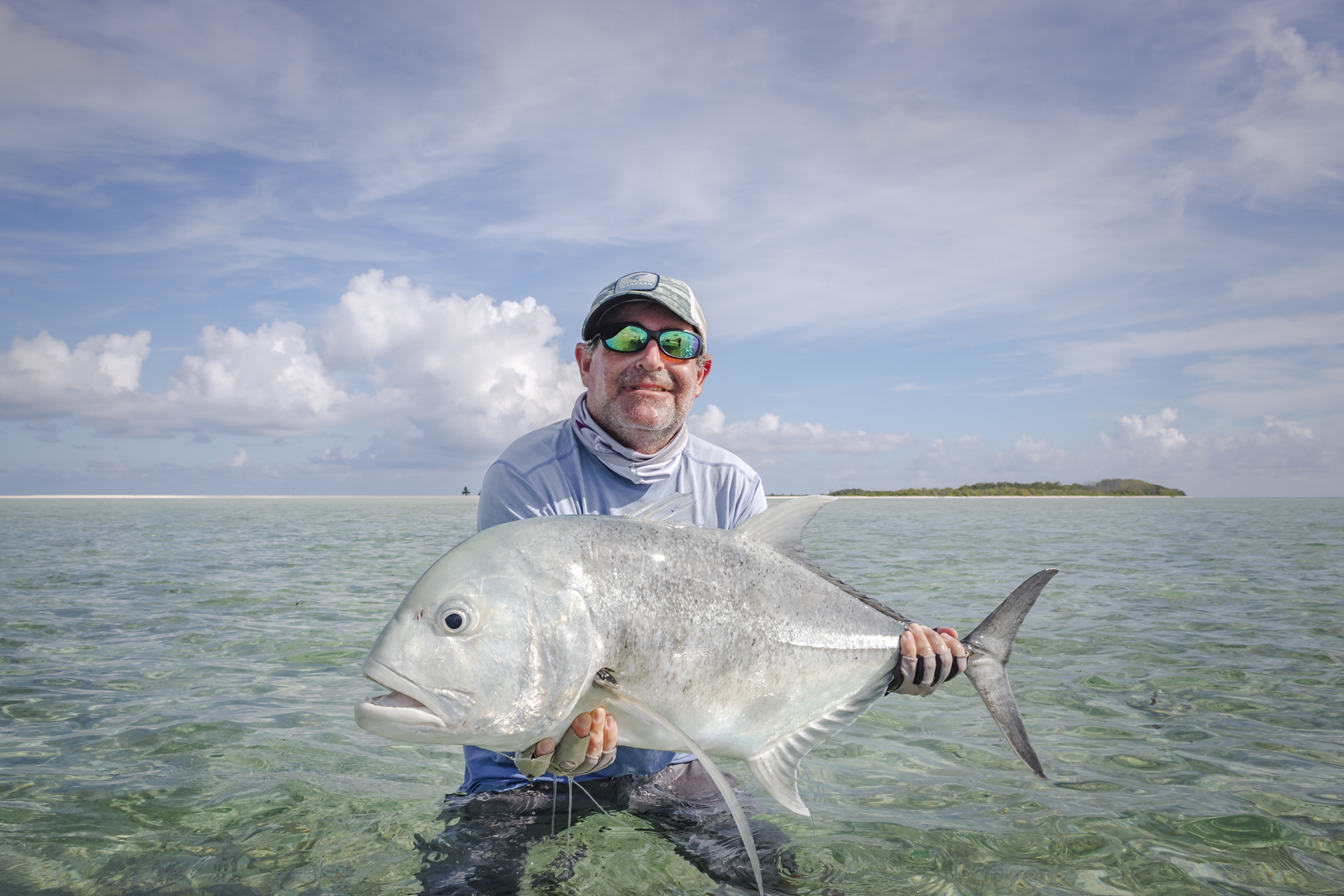 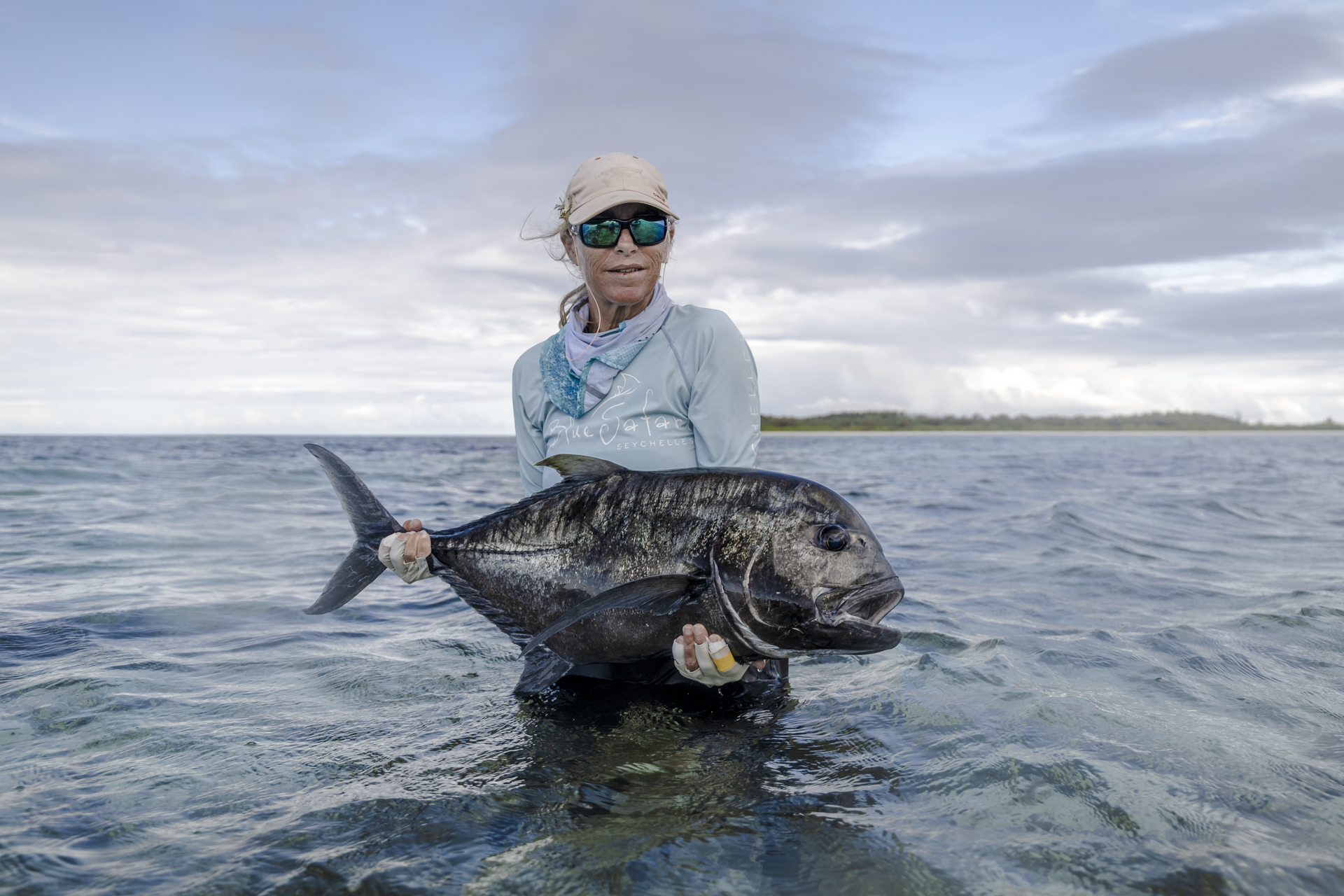 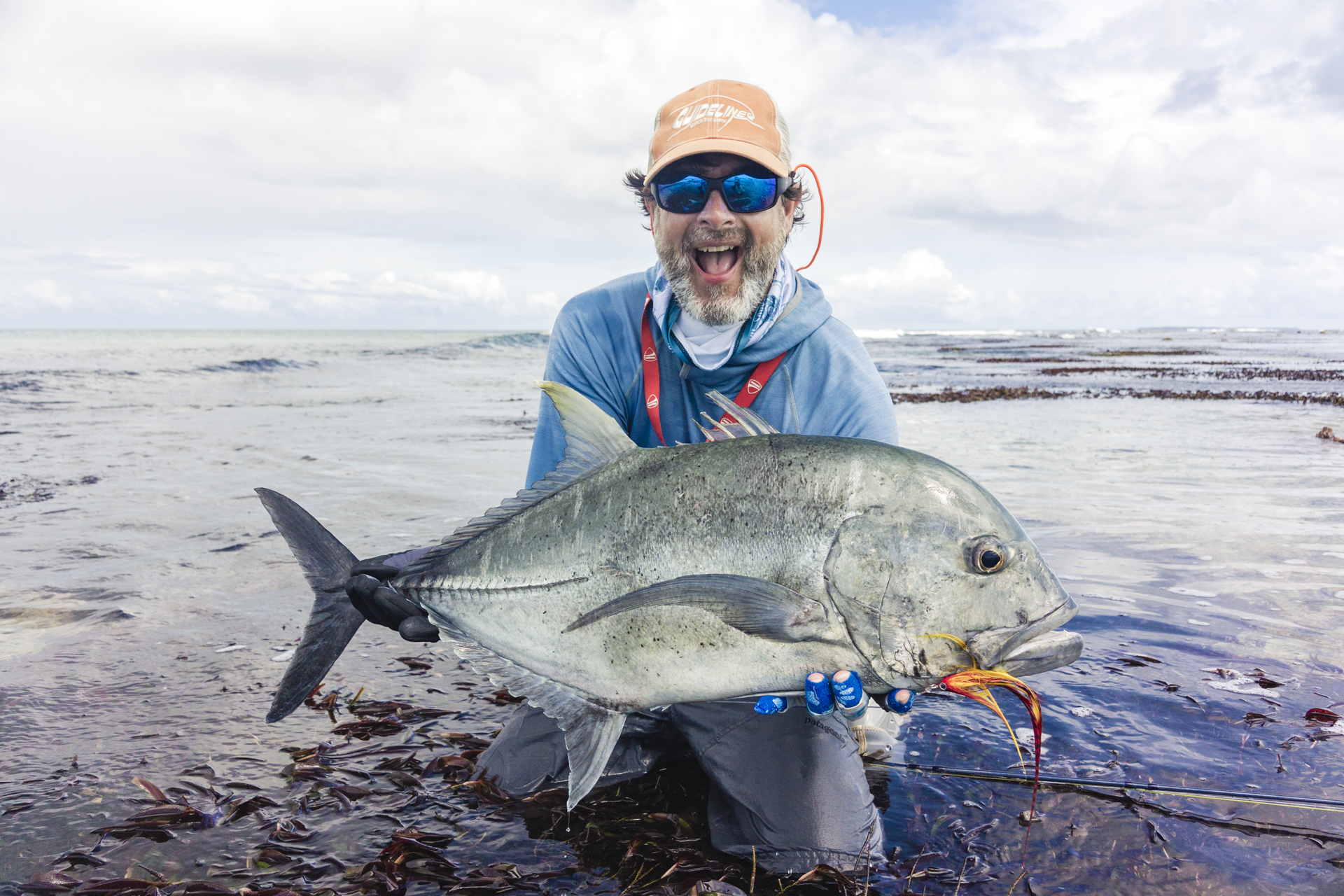 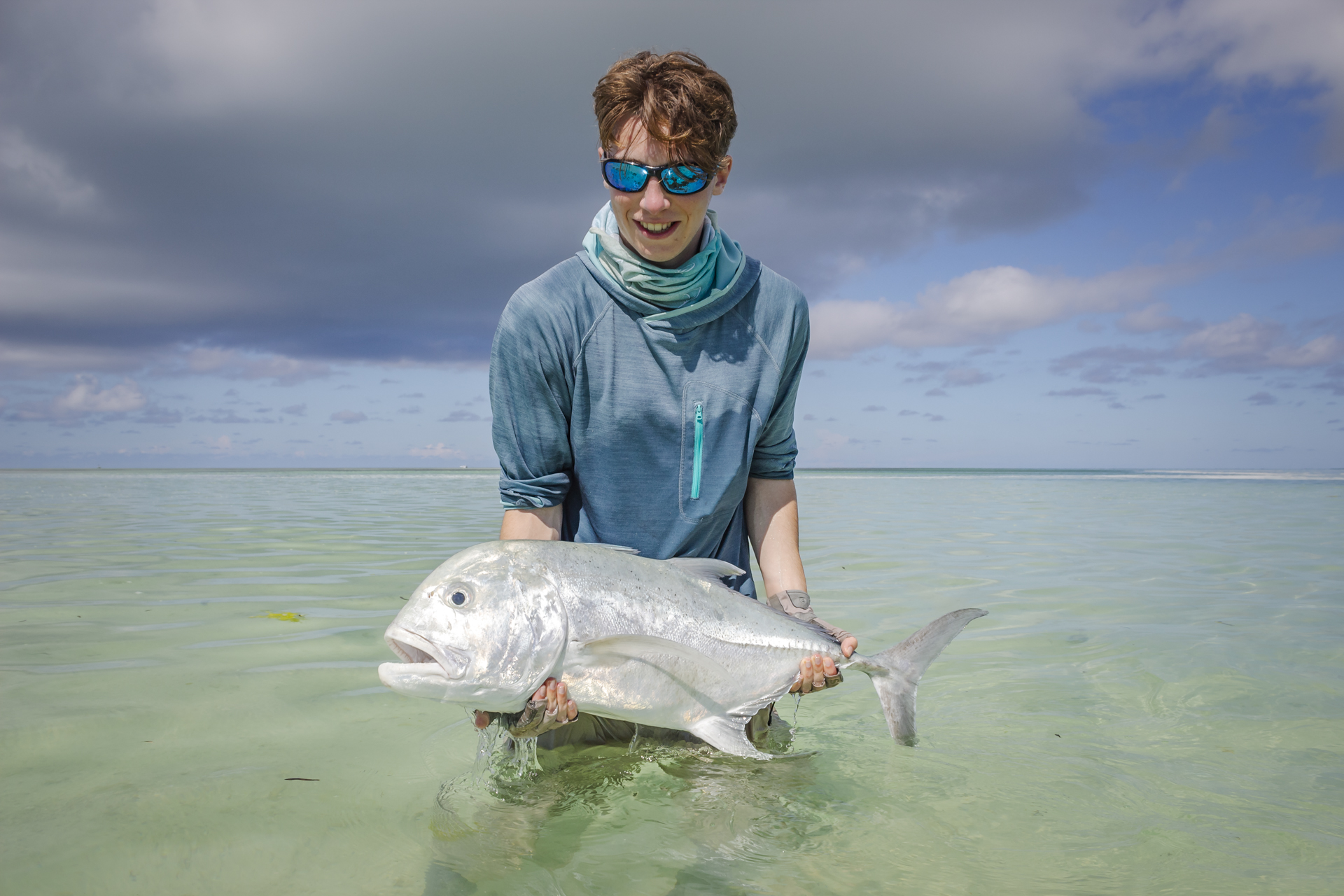 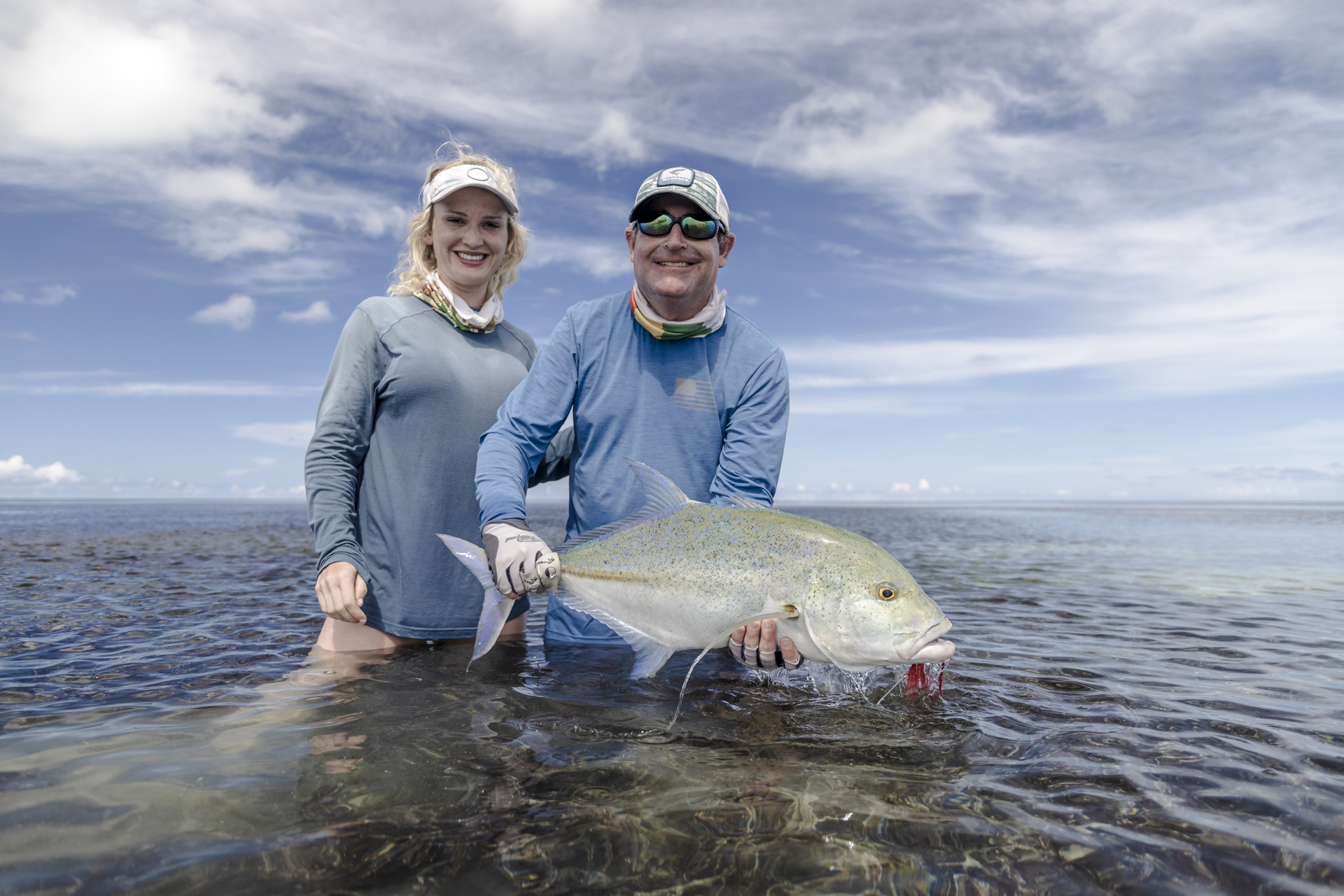 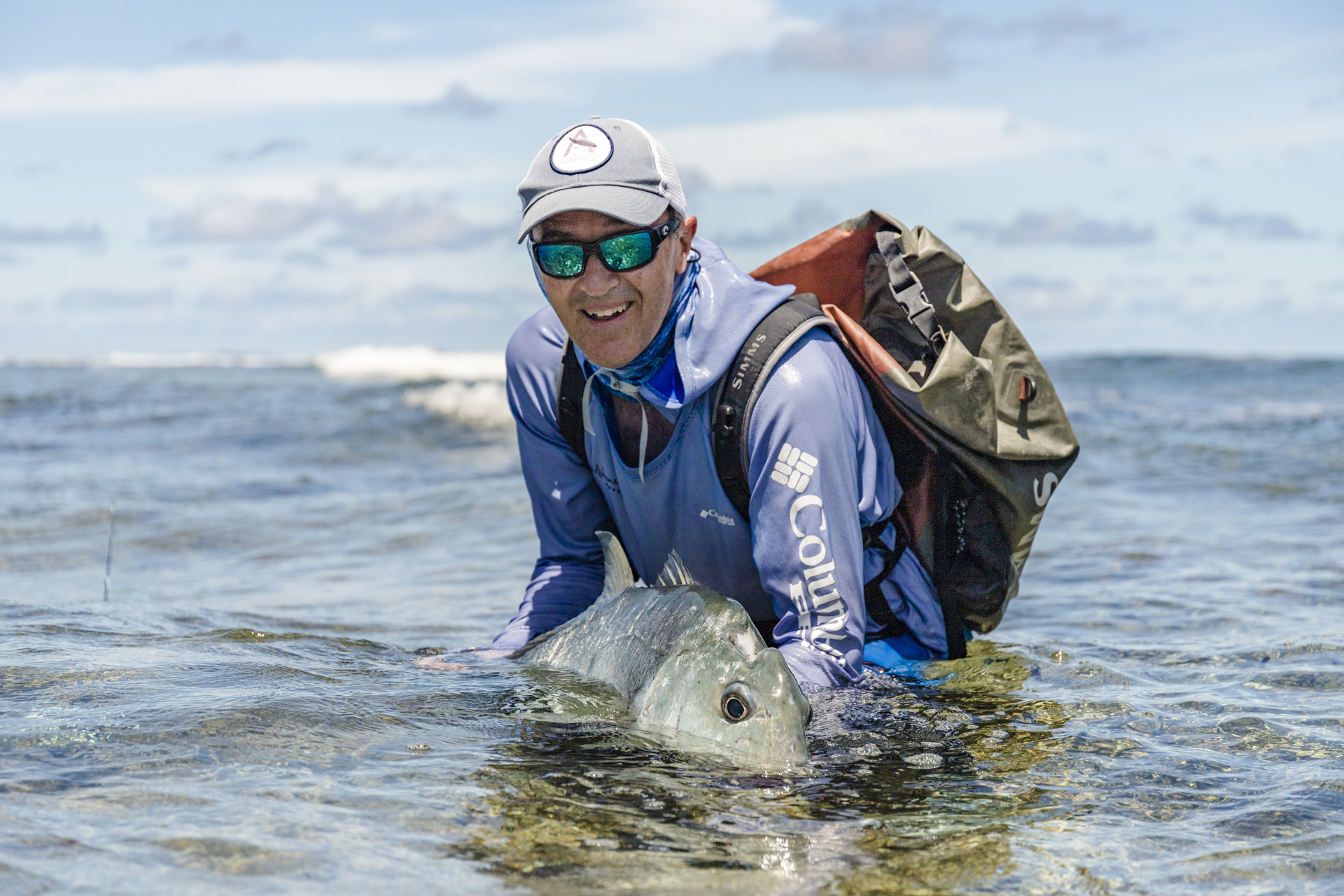 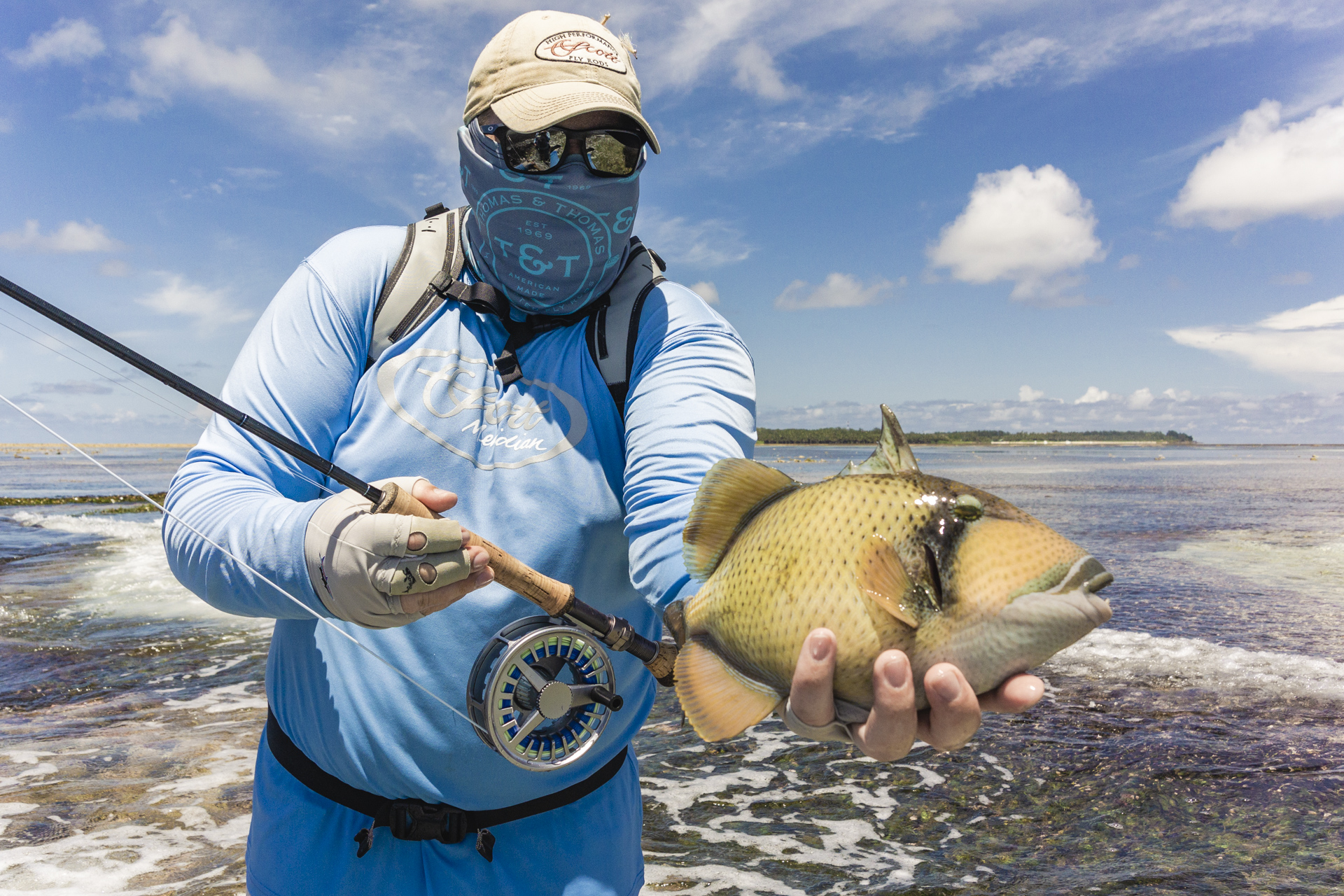 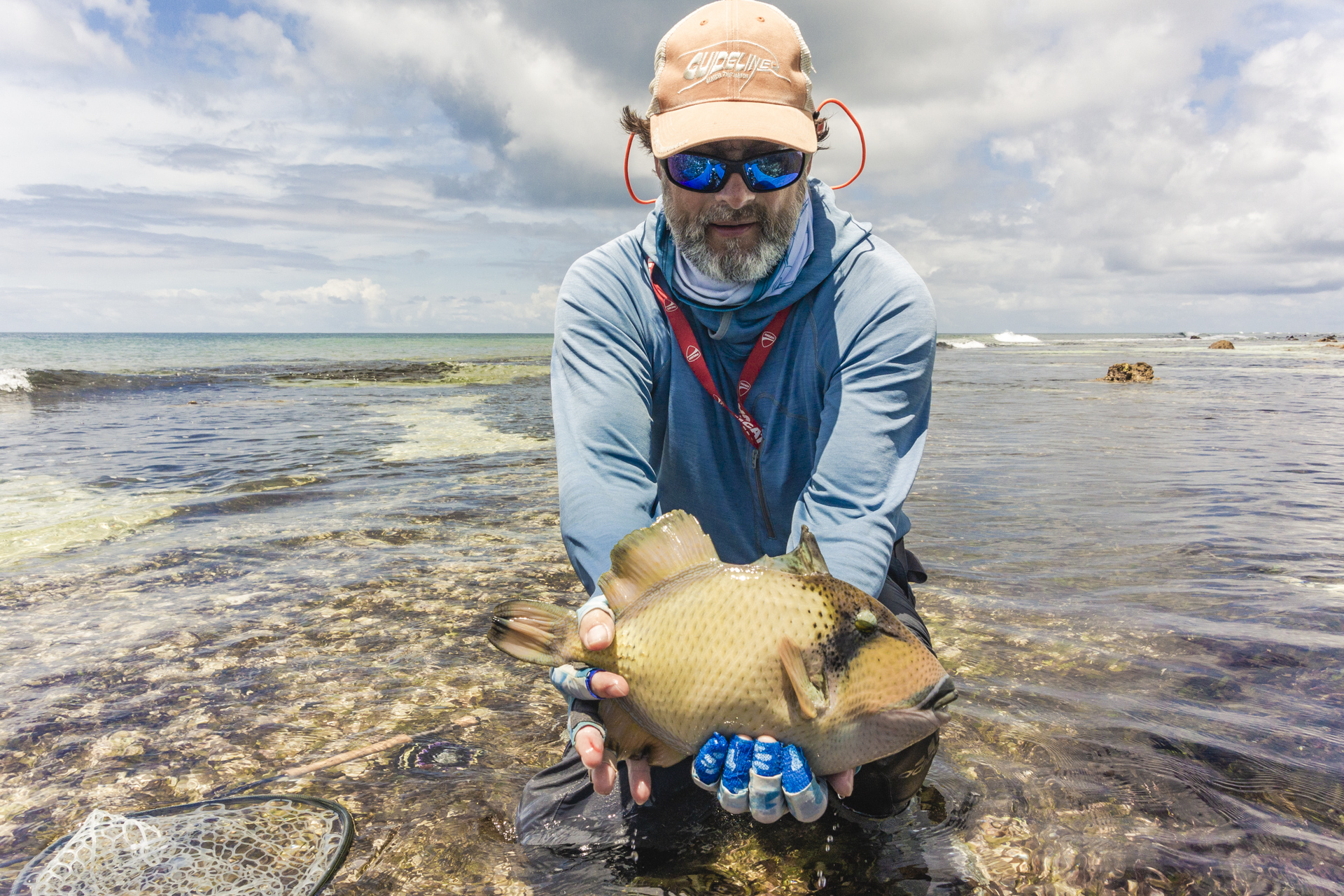 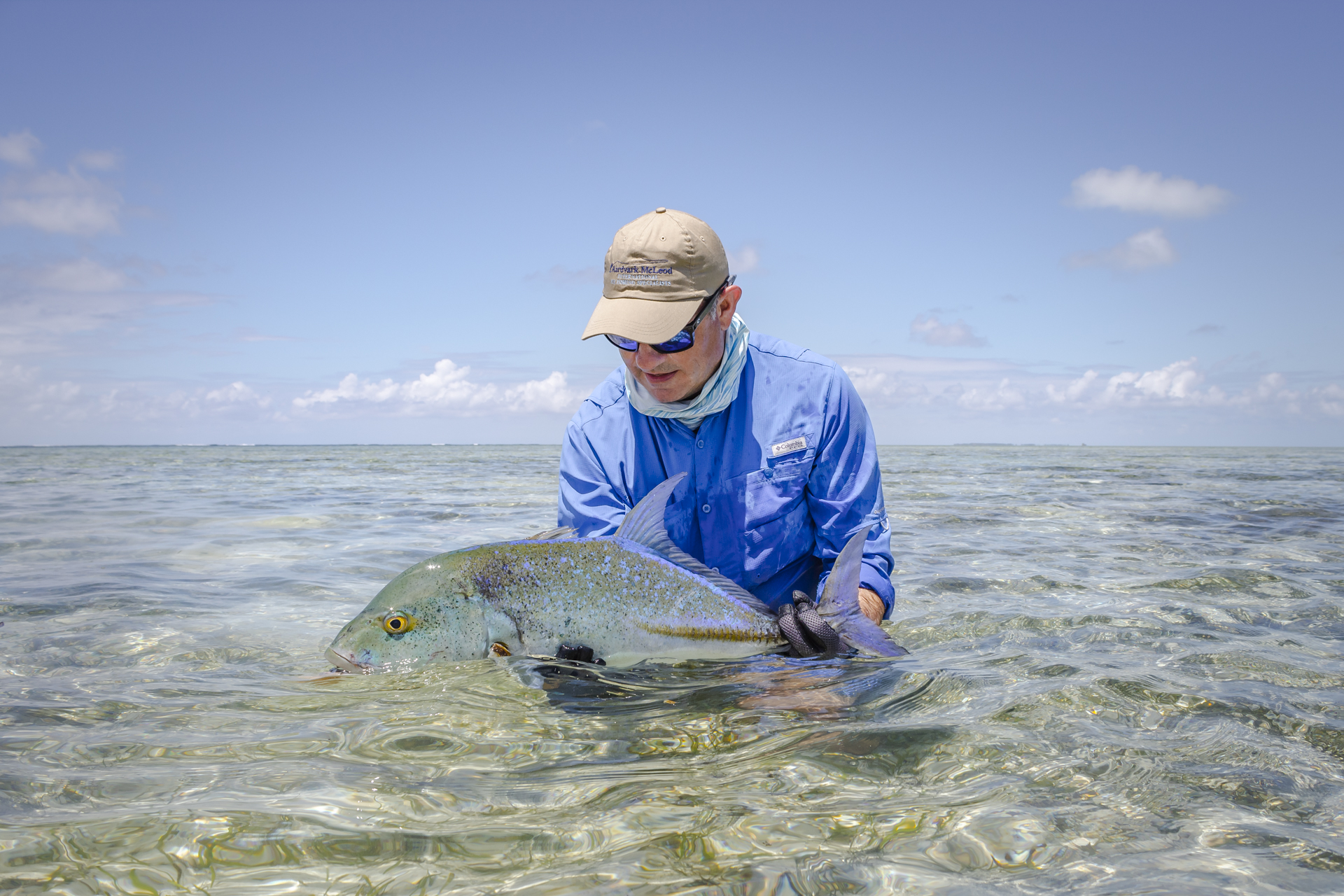