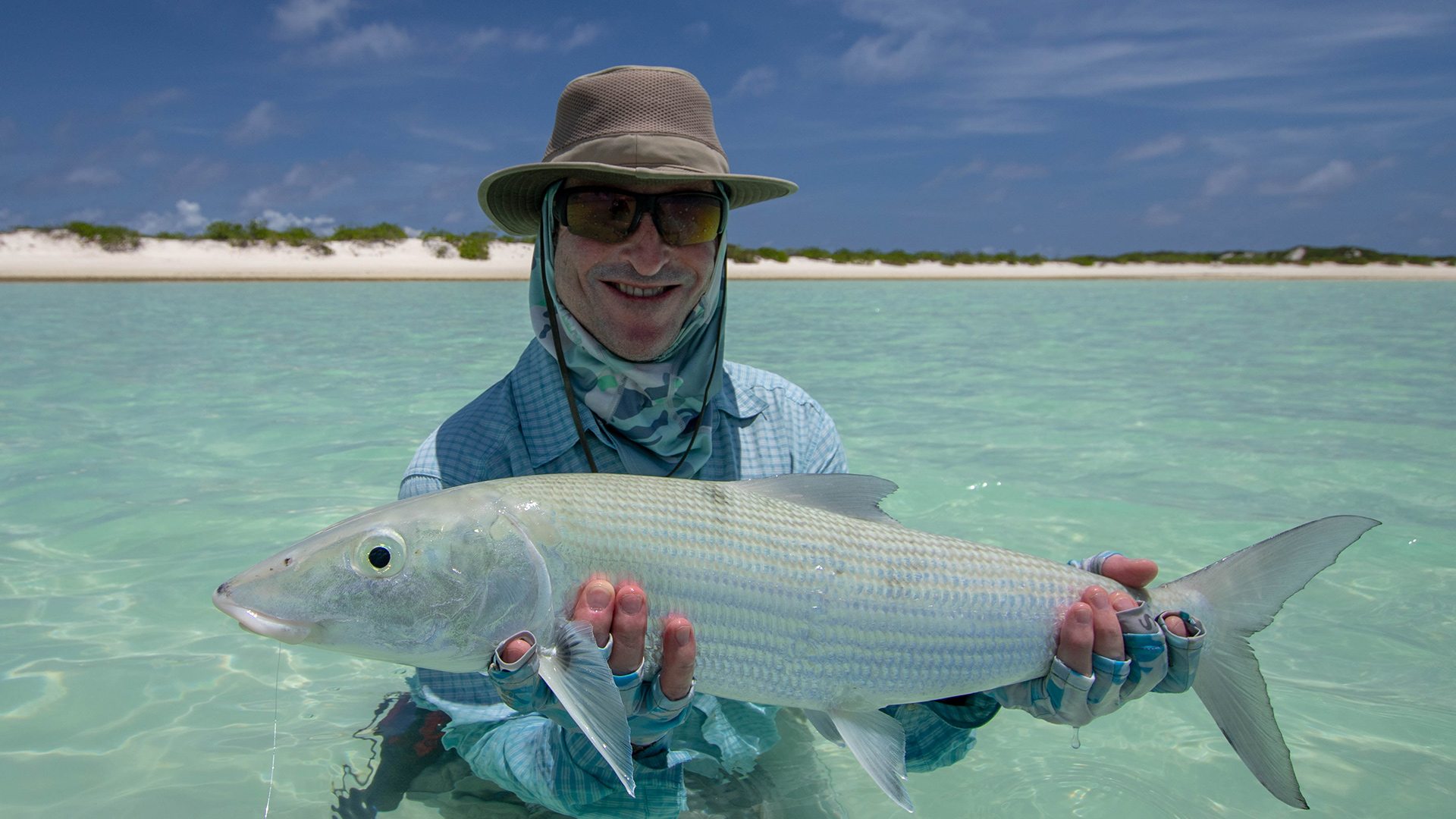 Week two of the Cosmoledo Atoll season started off extremely well as the weather eased off for the most part of the week, which allowed for great fishing opportunities. This week we welcomed Tony Armour, Steve Madry, Phil Canfeild, Scott Gwilliam, David Koo, Ben Shapiro, brothers Jim and Mike Froy as well as Seychelles veteran Justin McCarthy. 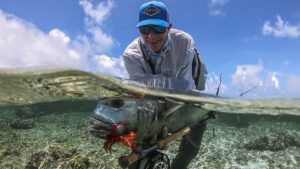 All, apart from Justin, were new to the flats of the Seychelles and were keen to tick that much anticipated GT box. It didn’t take long for all of them to do so. Along with some great GT action, one of the highlights of the week was when Tony managed to land a very impressive 106 cm napoleon wrasse. Certainly, a fish that will be hard to beat this season.

The GT fishing was fantastic, both on the flats, in and around the lagoon area as well as the surf zone. Scott however topped the charts with his 105 cm GT hooked on the finger flats that took him around a few coral heads that his guide, Shaun, managed to help keep his line as free as possible and enabling him to land the fish. 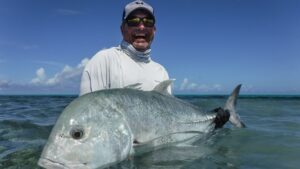 Justin had an epic week by constantly racking in good numbers of fish daily. Sadly, it didn’t go all his way as he lost two fish well over the one metre mark in one afternoon.

There is always something to catch on Cosmo, during the times when it wasn’t prime GT fishing, the anglers shifted to catching bonefish and fishing around coral structures. This resulted in incredible different species to be caught such as African marbled grouper, boha snapper and bluefin trevally.