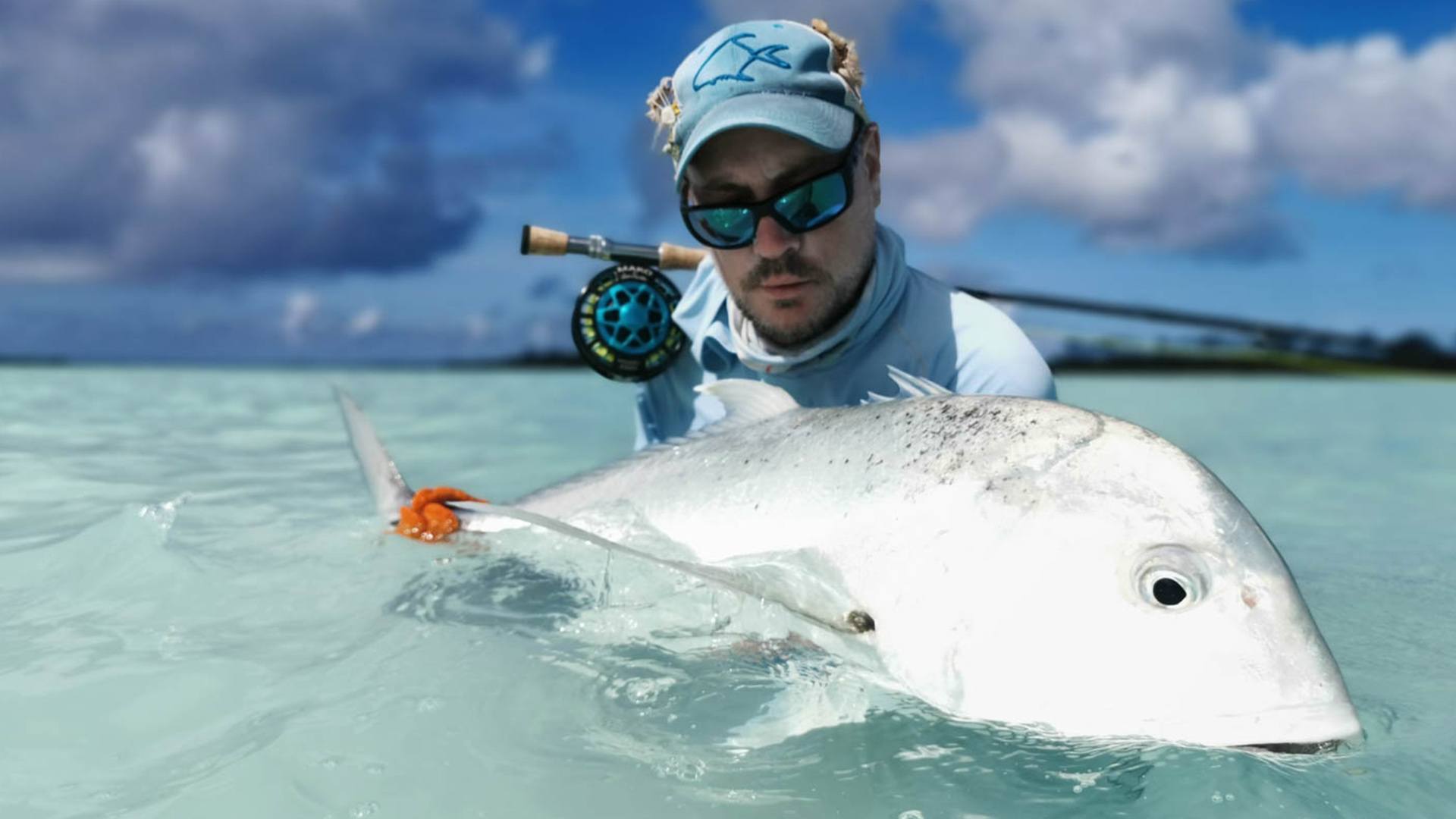 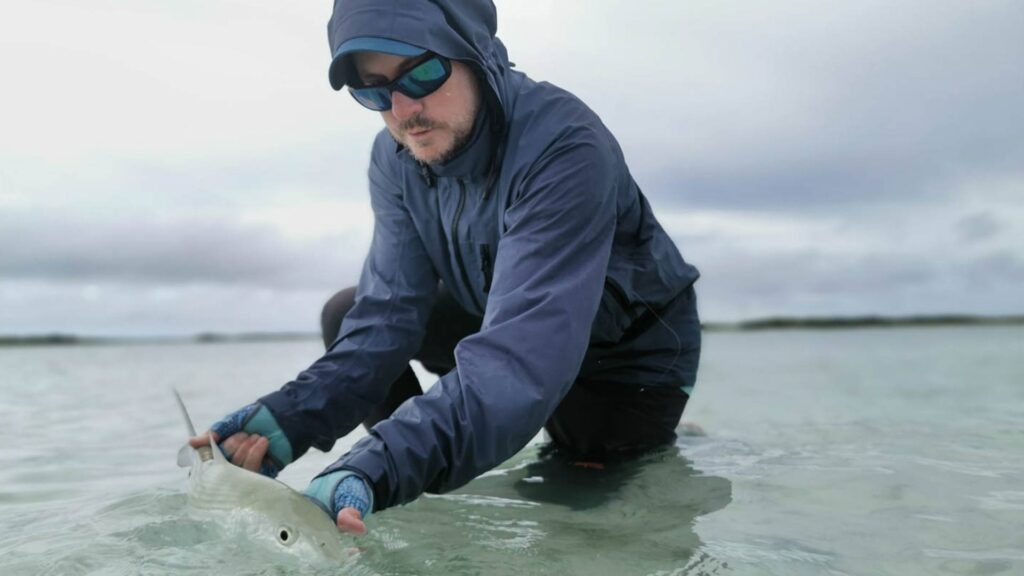 The second week of the season opened with incredible weather conditions, a complete turn around from the first weeks fishing. Light winds and calm seas met Sam Wakerly and Charles Barwick as the season progressed into a weak moon and neap tidal phase.

Charles being an avid permit angler was on the hunt for his first Indo-Pacific permit. The initial part of the week had very favourable tides in the unique Astove Lagoon and Charles put maximum effort into hunting one down.

After three days the permit had only given Charles four-to-five chances but the ever present GT were more then happy to play ball and Charles took all his opportunities and landed several GT’s including magical fish measuring of 106 cm and a 95 cm. 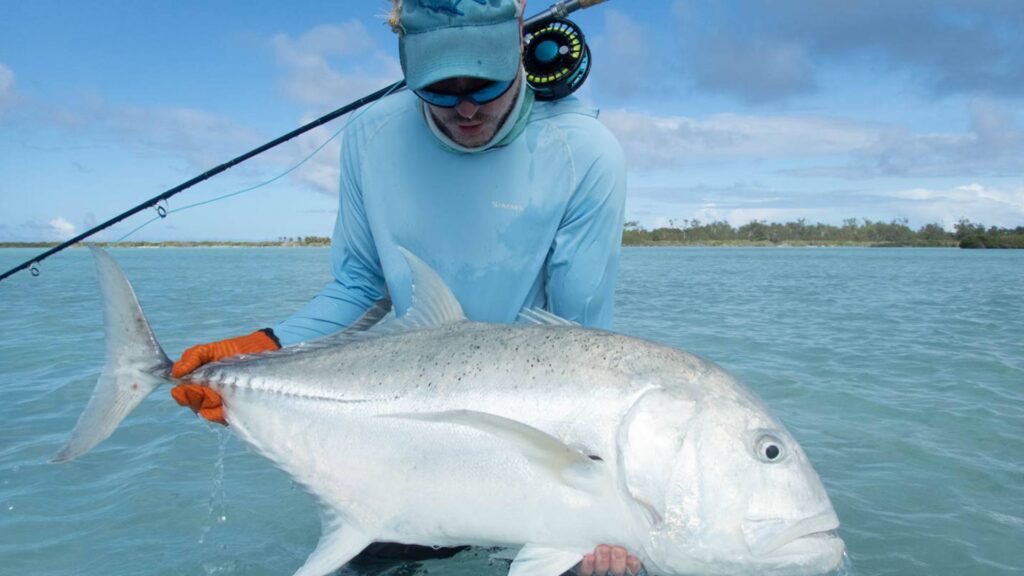 Sam was not so picky with the species he wanted to target and simply ticked off the species as they came along. Sam’s most memorable afternoon was on a short walk on the western edge of the atoll where he managed six GT’s ranging from 60 – 85 cm.

Charlie didn’t give up on his permit dream and on his second to last morning managed to convince a permit to commit to the fly and his dreams became a reality.

The weather on the last two days got a bit tricky and the fish got slightly shy but both Sam and Charlie took on the bonefish challenge and landed 20 + bones and a few smaller GT that were hassling their bonefish.

All and all a great week that ended in a spectacular sun set and many personal goals reached.