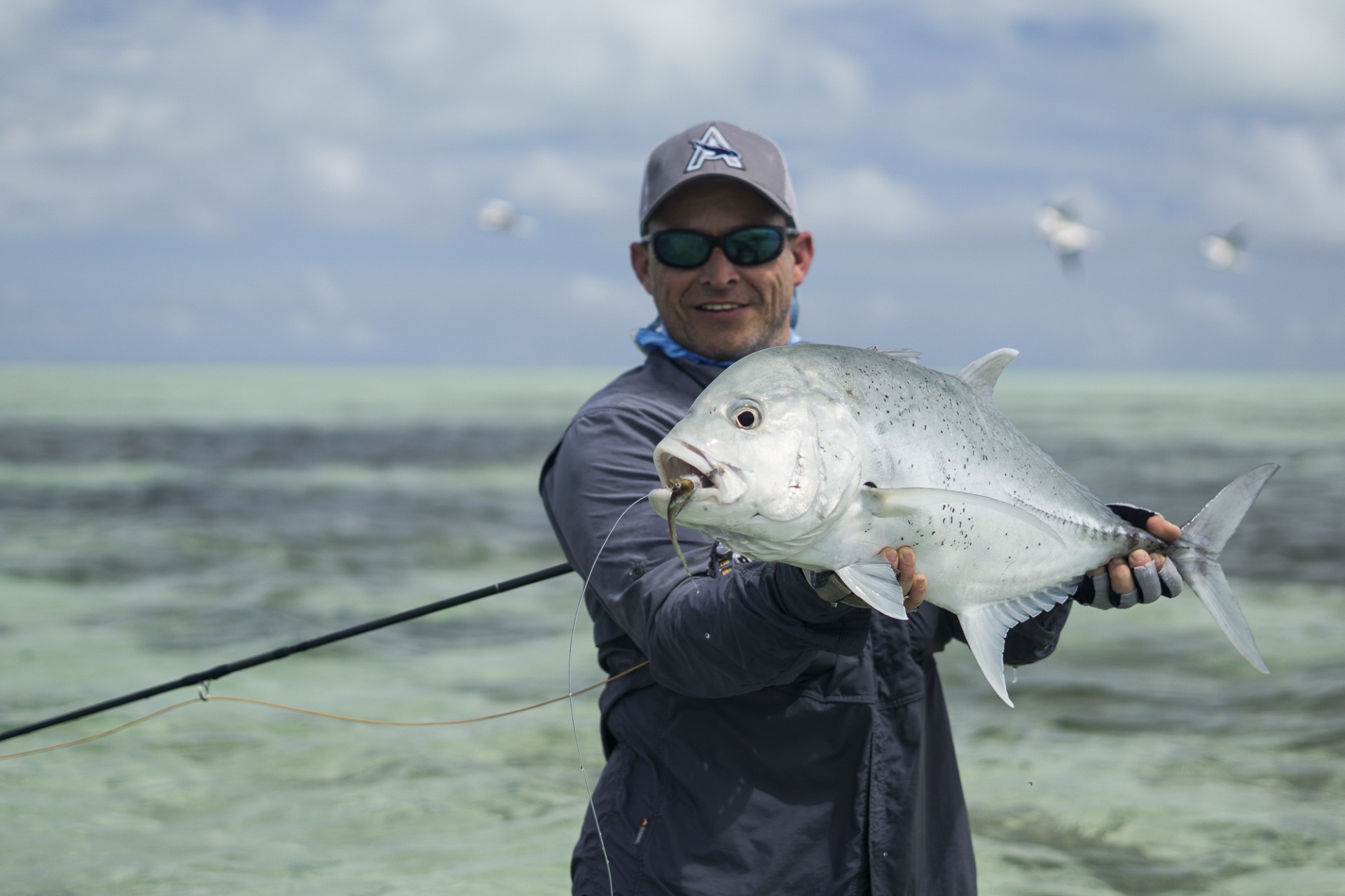 Some pretty rough weather was predicted for the first few days of the week and it arrived in full force. Strong winds and consistent rain made for some tough conditions out on the flats. With a spring tide to get the week going however, the anglers remained hopeful.

Our old friend and still the Queen of Cosmo, Chantal had another great week out. Amongst all the GT’s and other reef species she caught, Chantal landed 8 of the 13 triggers caught for the week including a monster 57 cm Yellowmargin Triggerfish, the biggest of the season so far!

Despite the conditions everyone managed to get stuck into some solid GT’s with a few real trophies seen or lost. The trigger-fishing was off the charts this week so here’s hoping the trend carries through to our final week of the season. 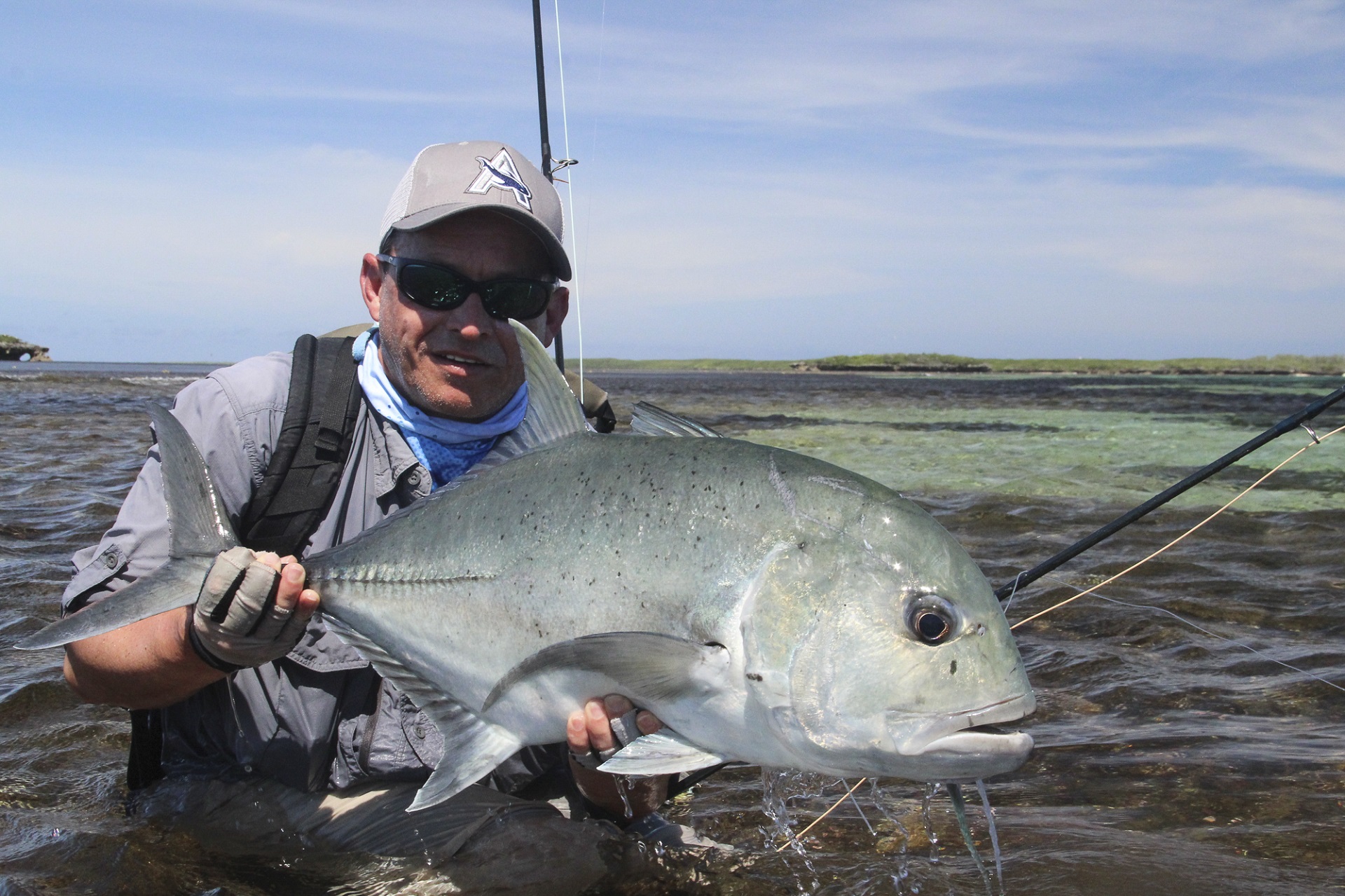 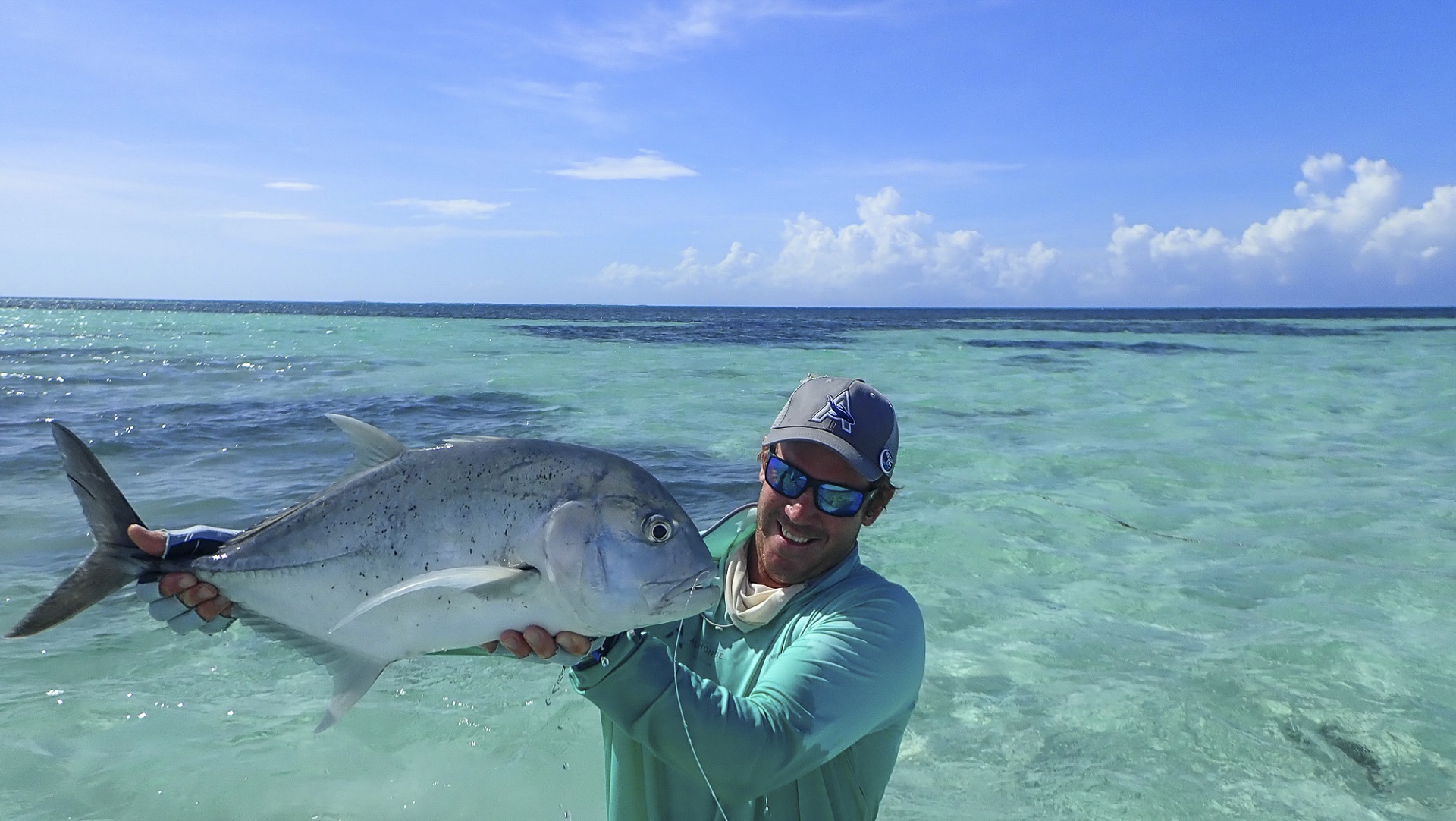 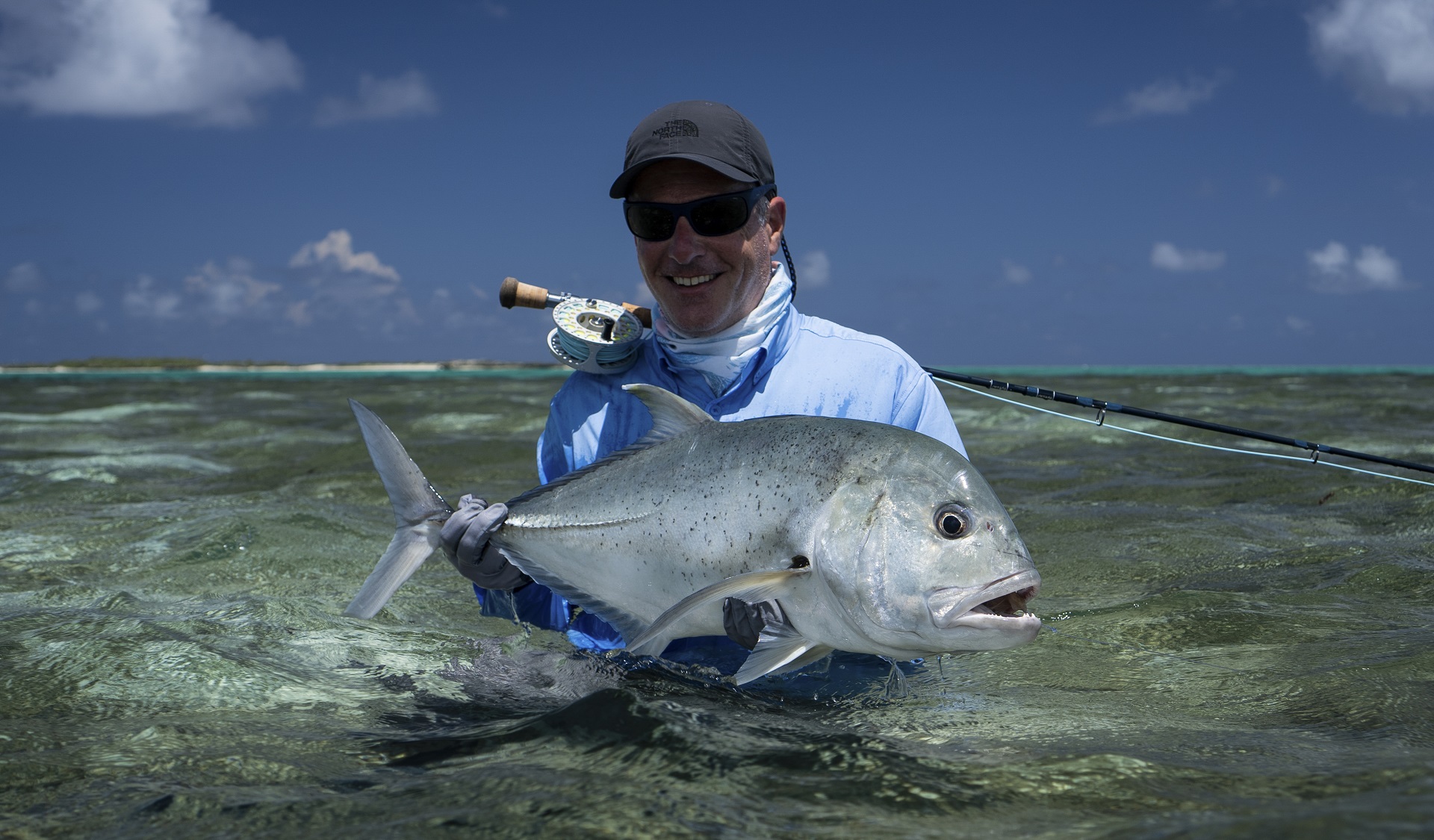 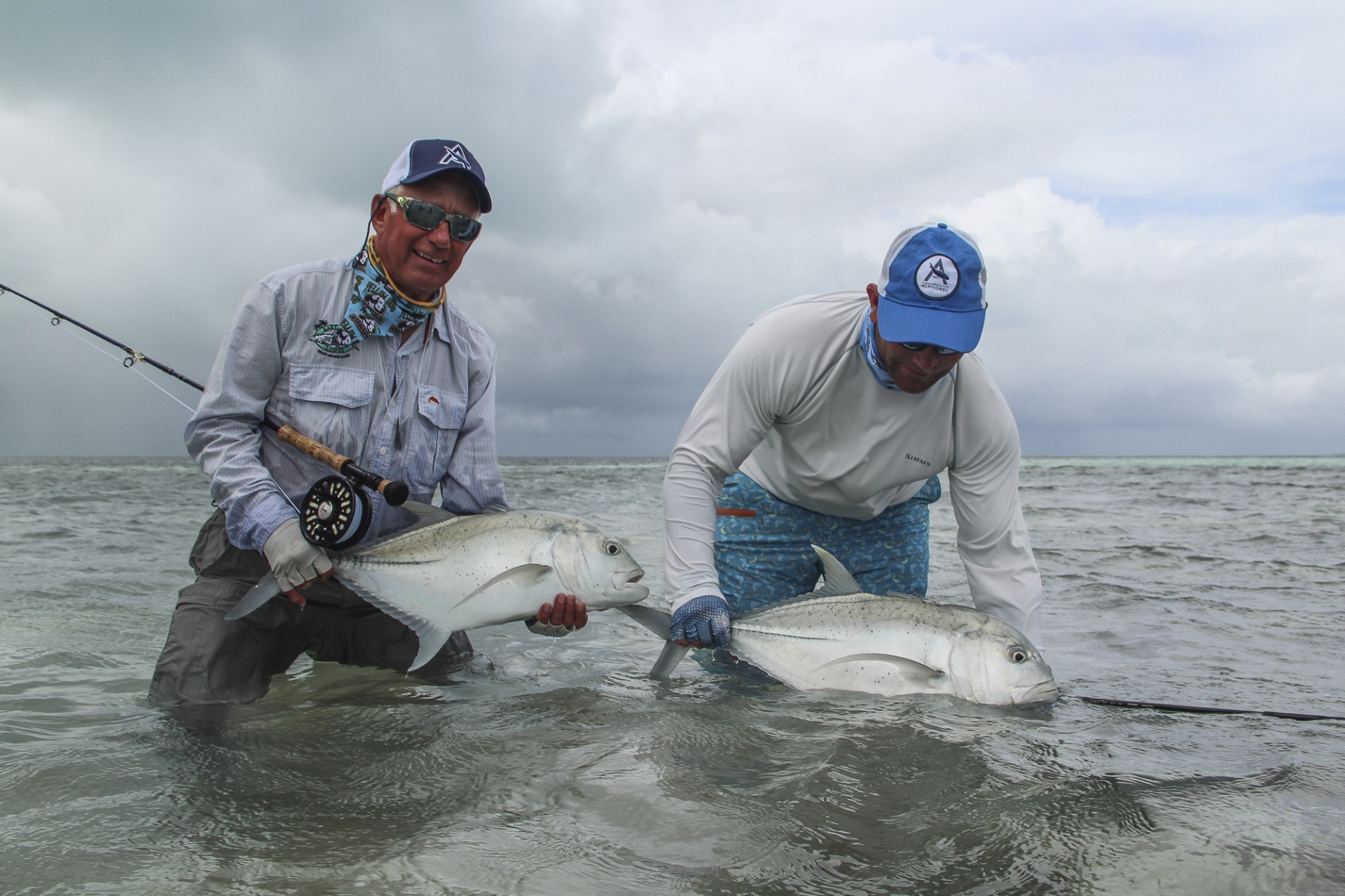 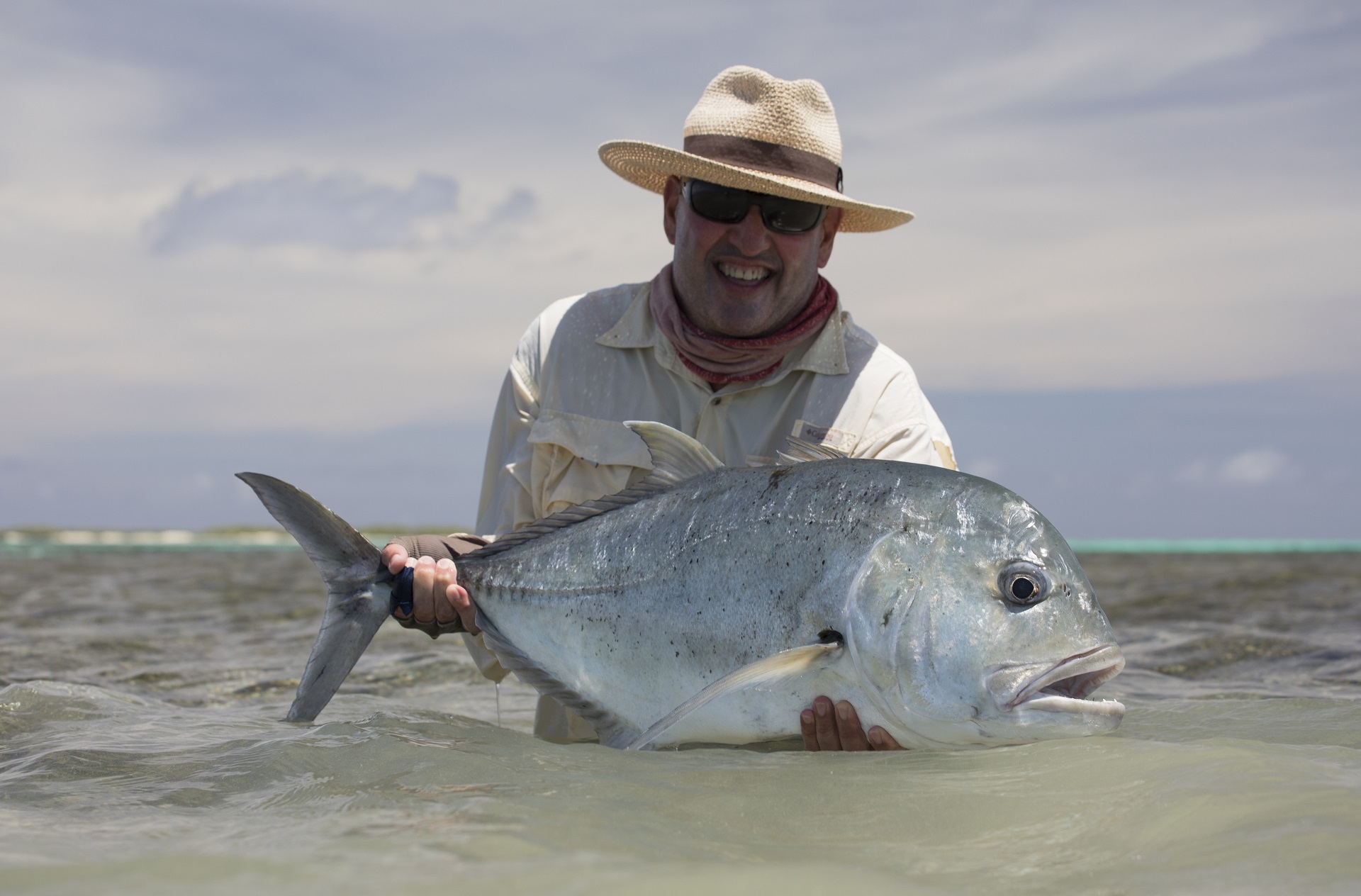