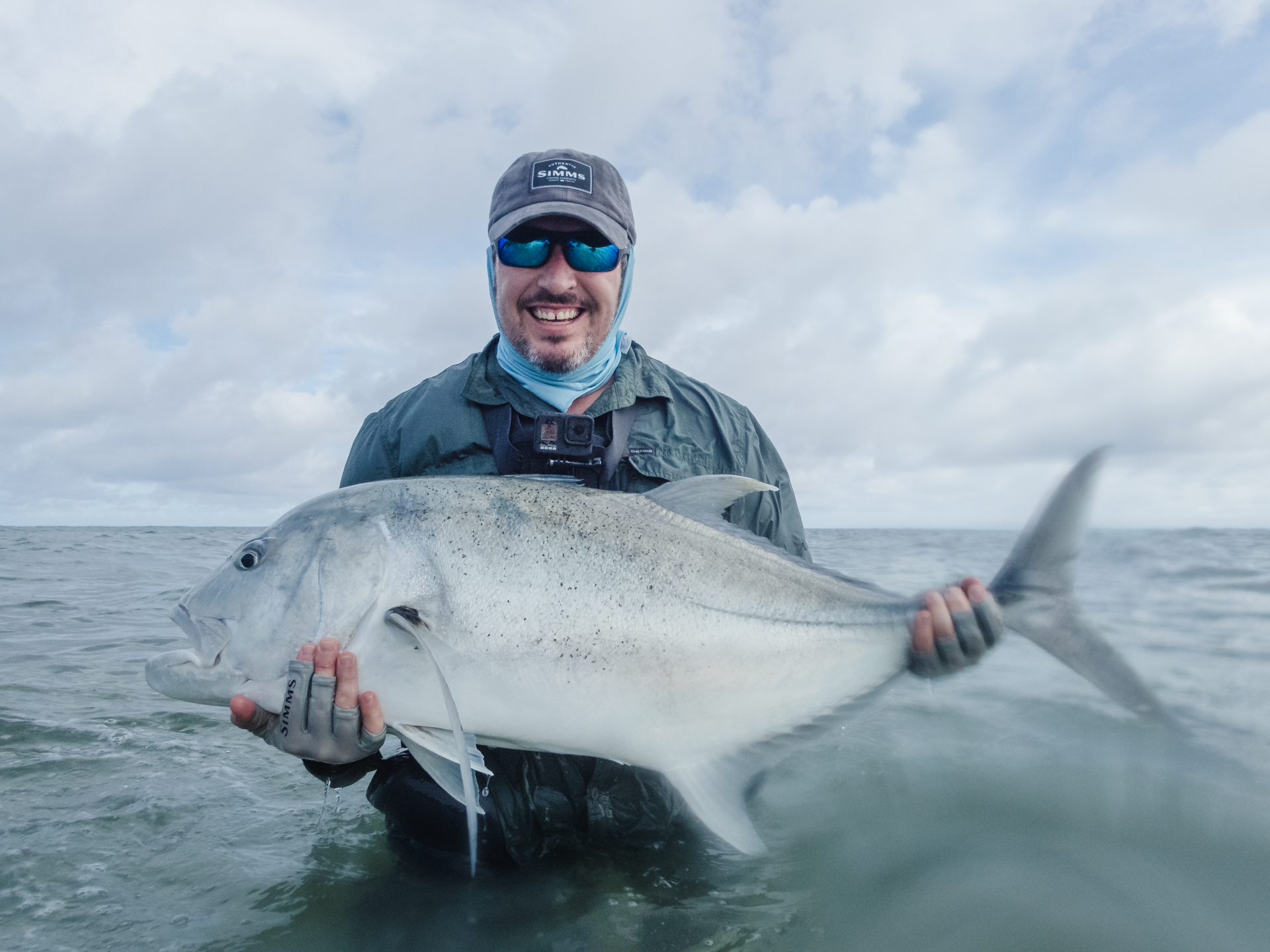 This week on Astove we experienced a challenging week, with neap tides and some southeasterly winds. Nothing would hold back an angler though, determined to capture. After tackle set up and a brief explanation of the atoll, the group headed out to capture some bonefish and get some practice casting.

Day two marked the start of the catches, Hennie got himself stuck into some bluefins on both the 12 wt and 9 wt racking up a good number of small and bigger specimens. Jaco decided to hold the 12 wt standing ready for those flats’ gangsters, perseverance paying off and capturing himself a 65 cm GT on a stingray.

Day three was a group effort with Hennie, Adriaan and Jaco getting stuck into a few GTs, brassy trevally as well as bluefin. Jaco picking up a 67 cm fish on a popper. The group then switched rods and walked the lagoon, finding a good amount of bonefish each.

Friday would be a very memorable day for Jaco. After a very short wait on some rocks, a good cast and a powerful strip strike, 17 minutes later landed a 102 cm GT. The rest of the day he would find himself daydreaming over his catch.

Adriaan decided triggers were his choice for the day, making his shot count, getting himself a beautiful yet feisty moustache triggerfish turning his four-piece rod into five, beers were on him that evening.

Saturday would be a tough day, with lots of cloud cover pushing over and stormy conditions. A few fish were seen but the weather making it difficult to get it done, the team decided to capture a few more bonefish in the lagoon. Adriaan got a 61 cm tailing fish in super skinny water. Hennie and Jaco adding numbers to their scorecards. Sunday would be a tough day in the office, with strong winds making it difficult to put the fly where you wanted. The crew would see how quick fish could break off 130 lb leader in their scissors with two fish doing that to them. 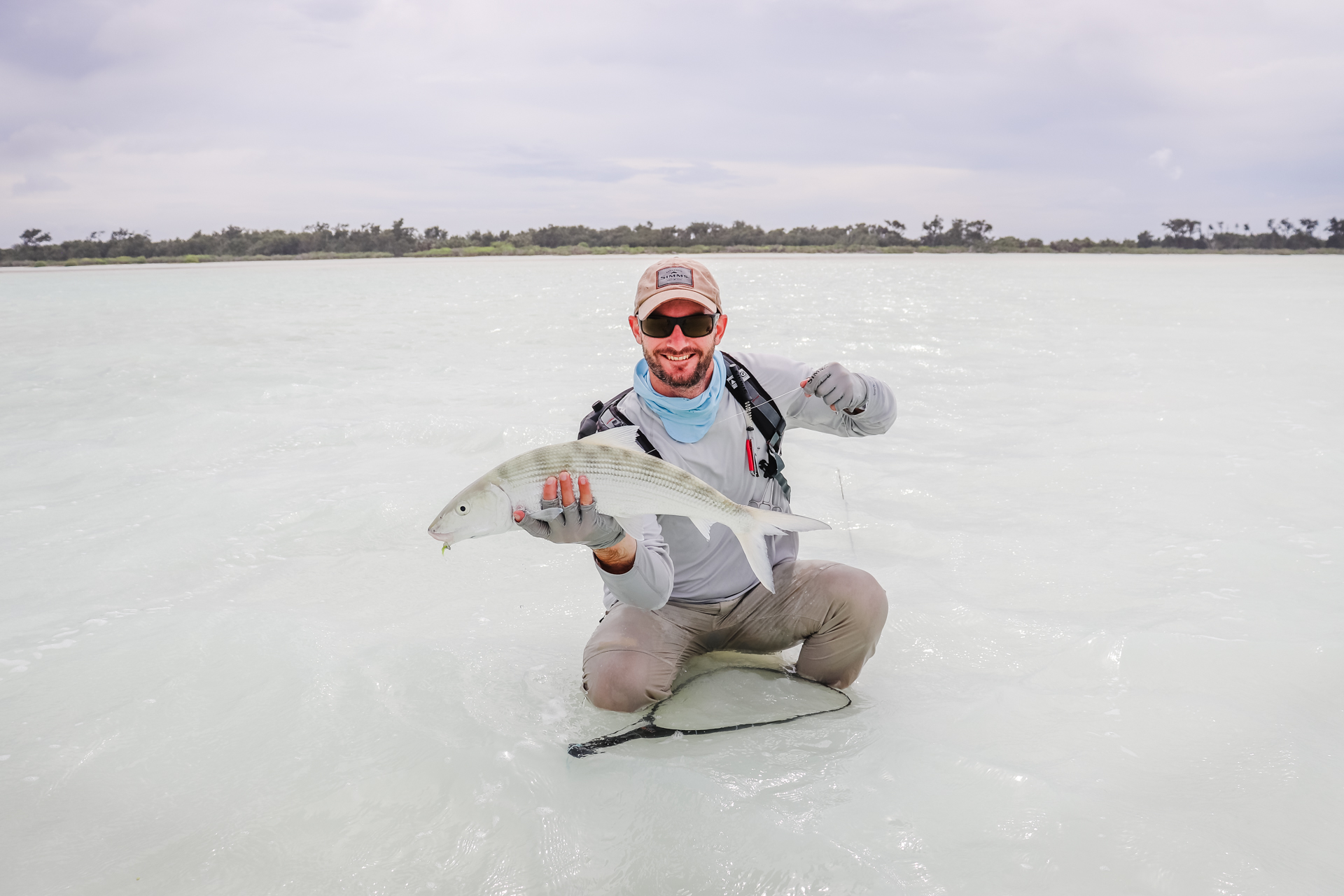 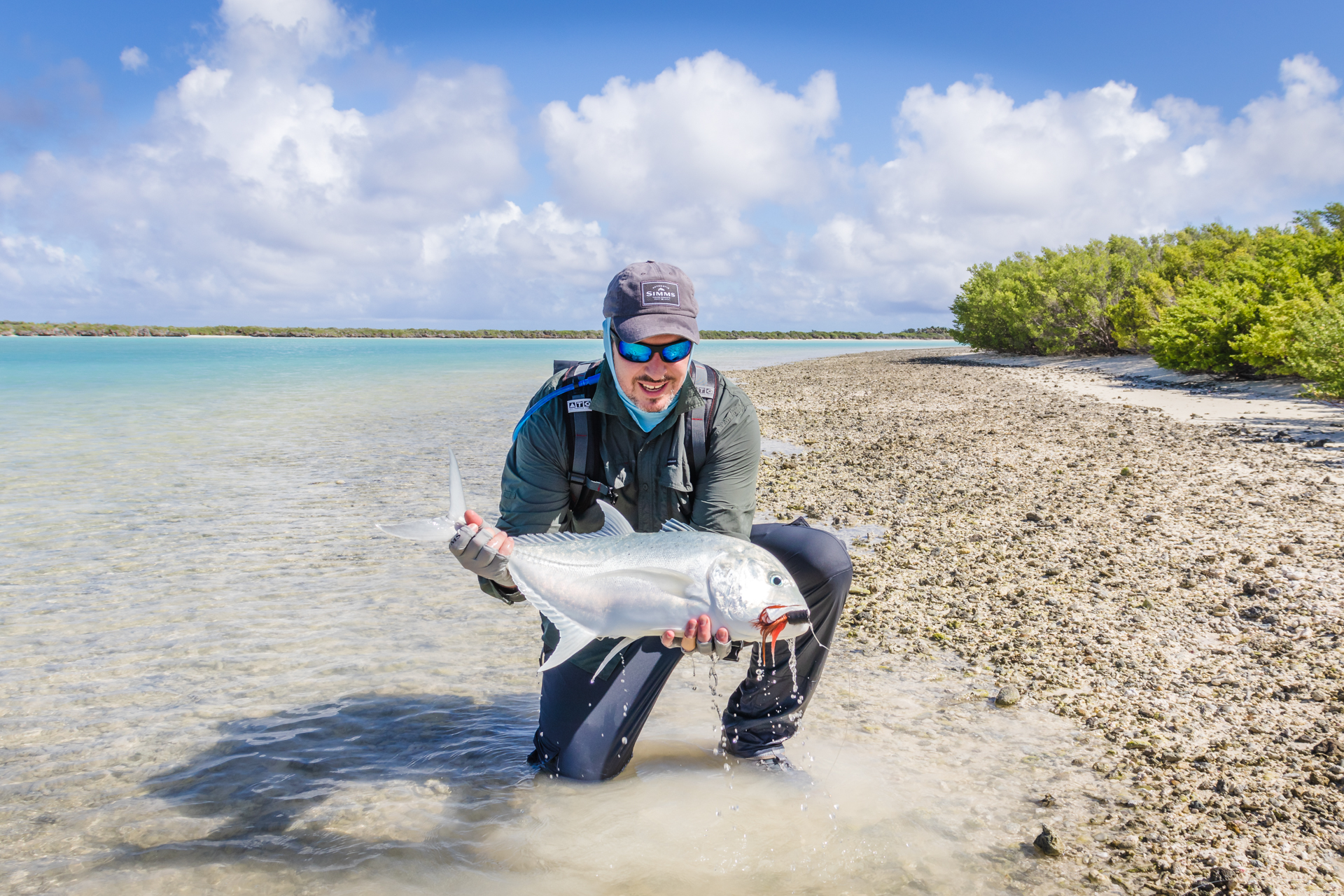 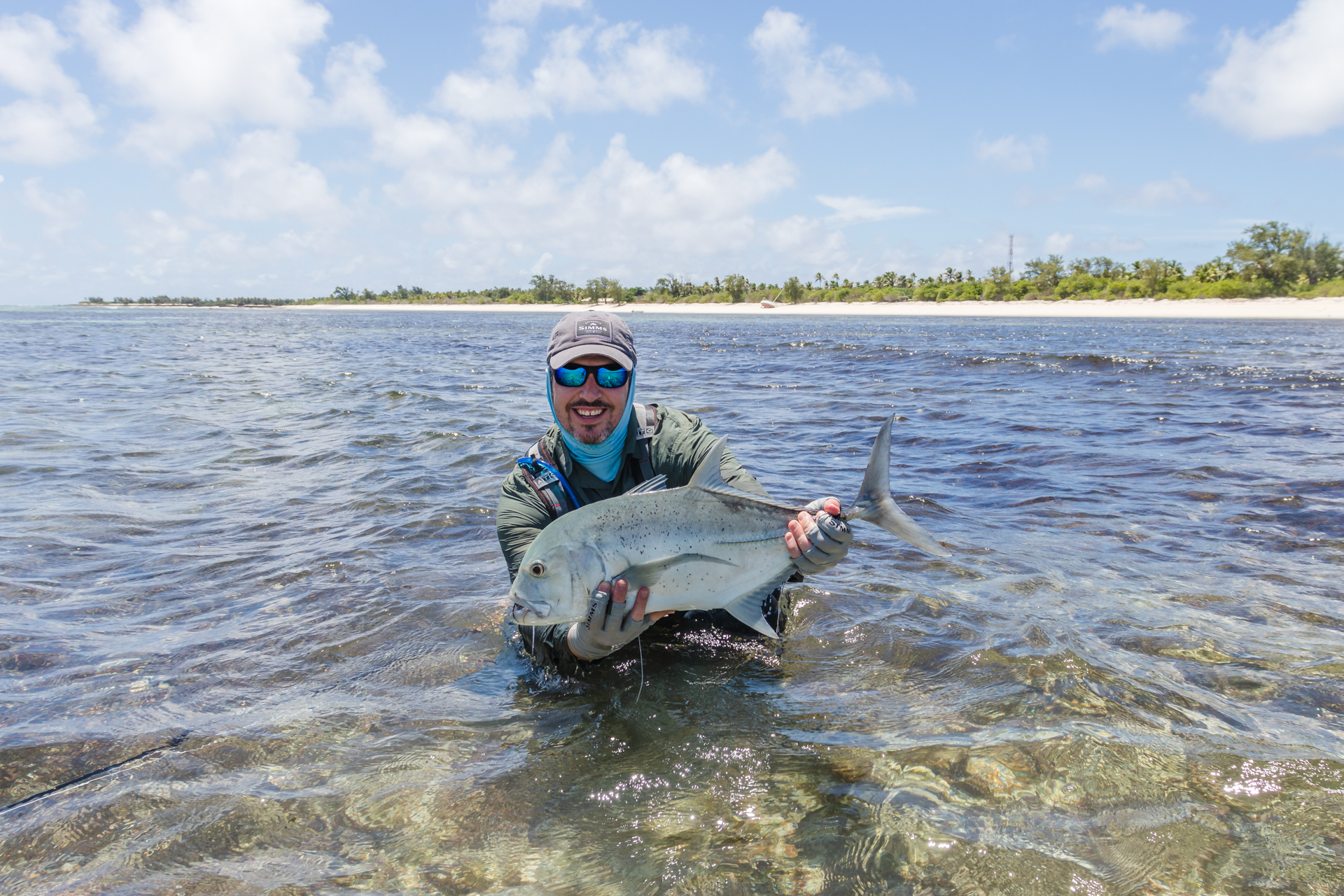 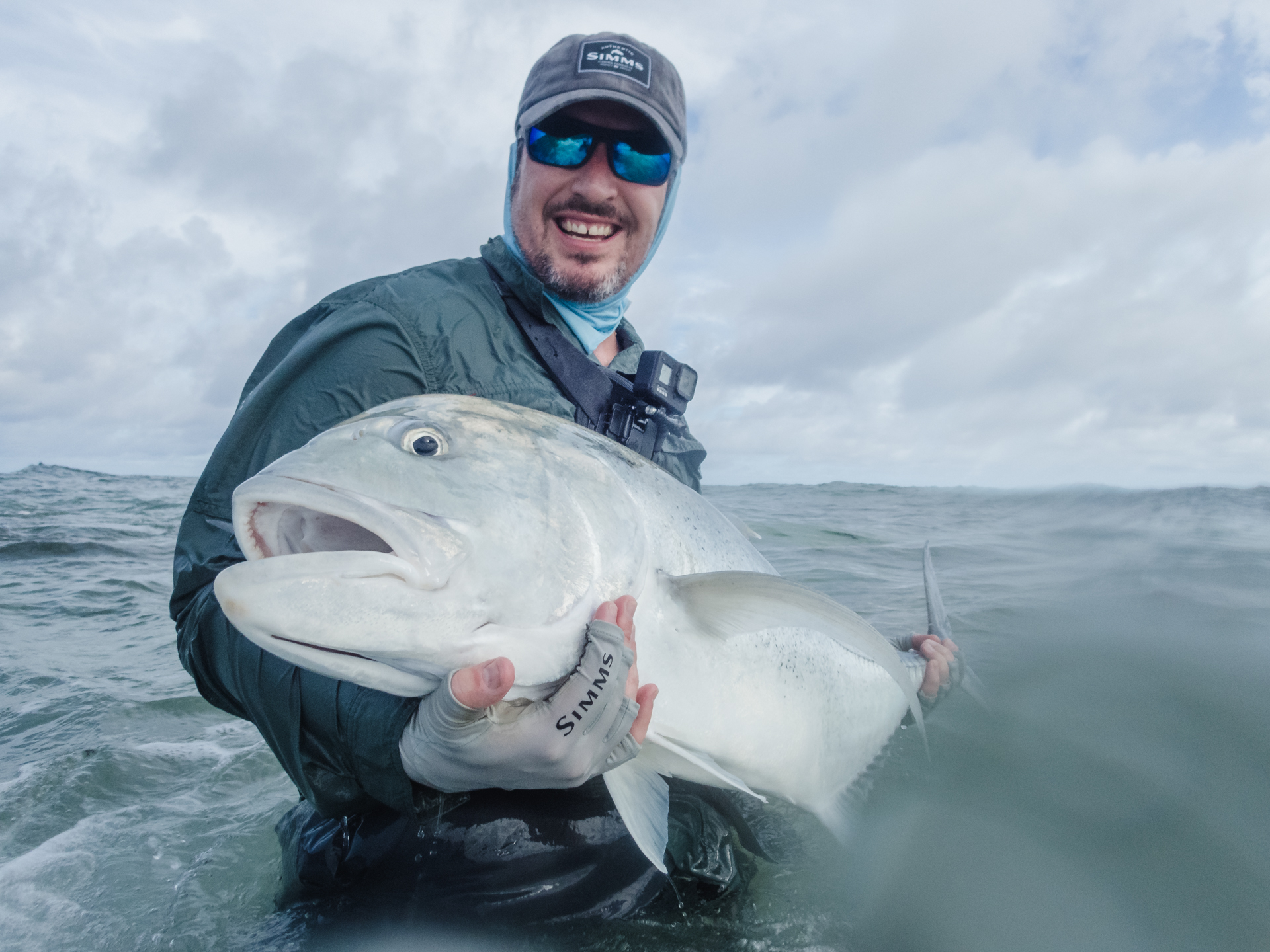 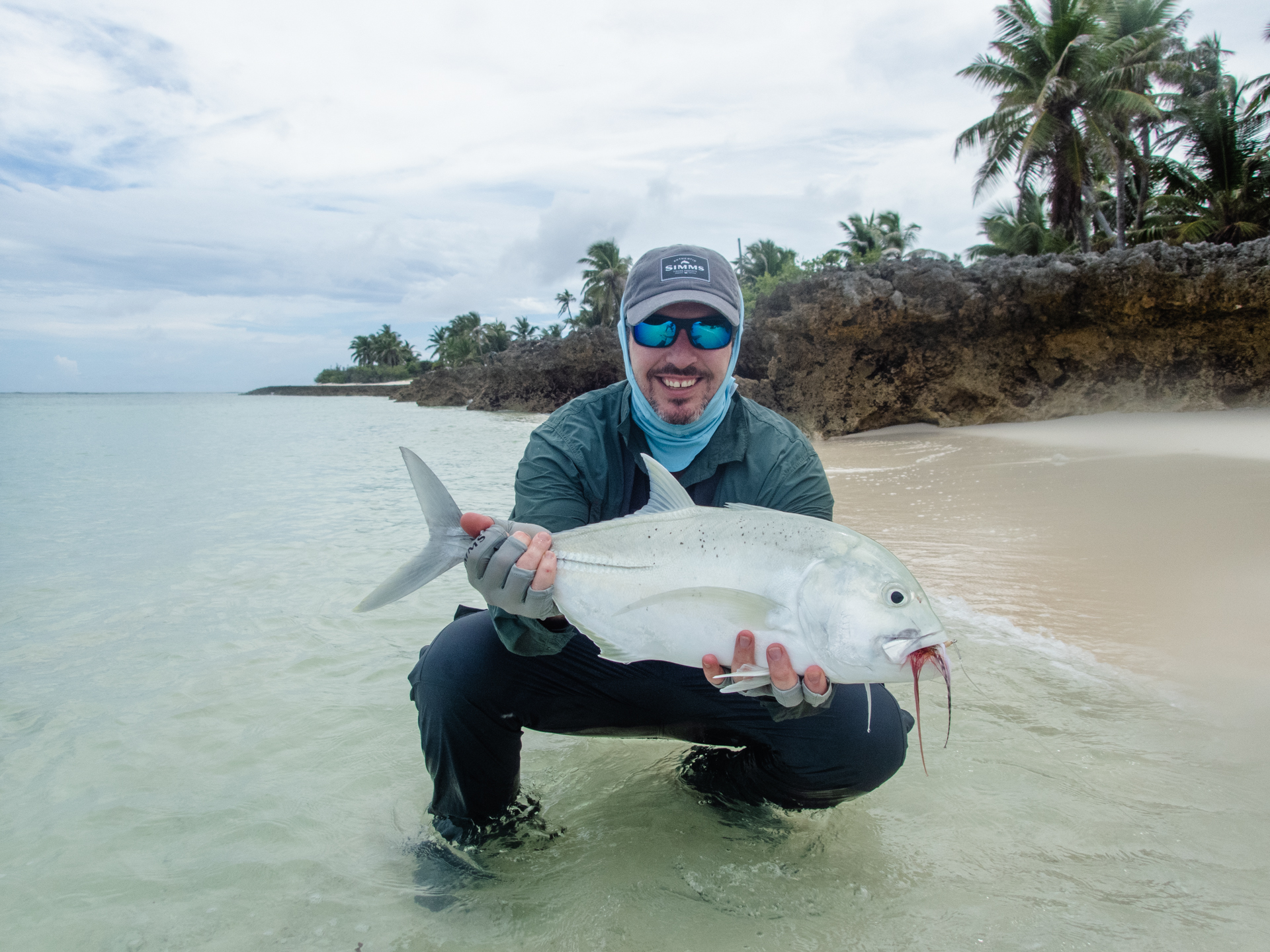