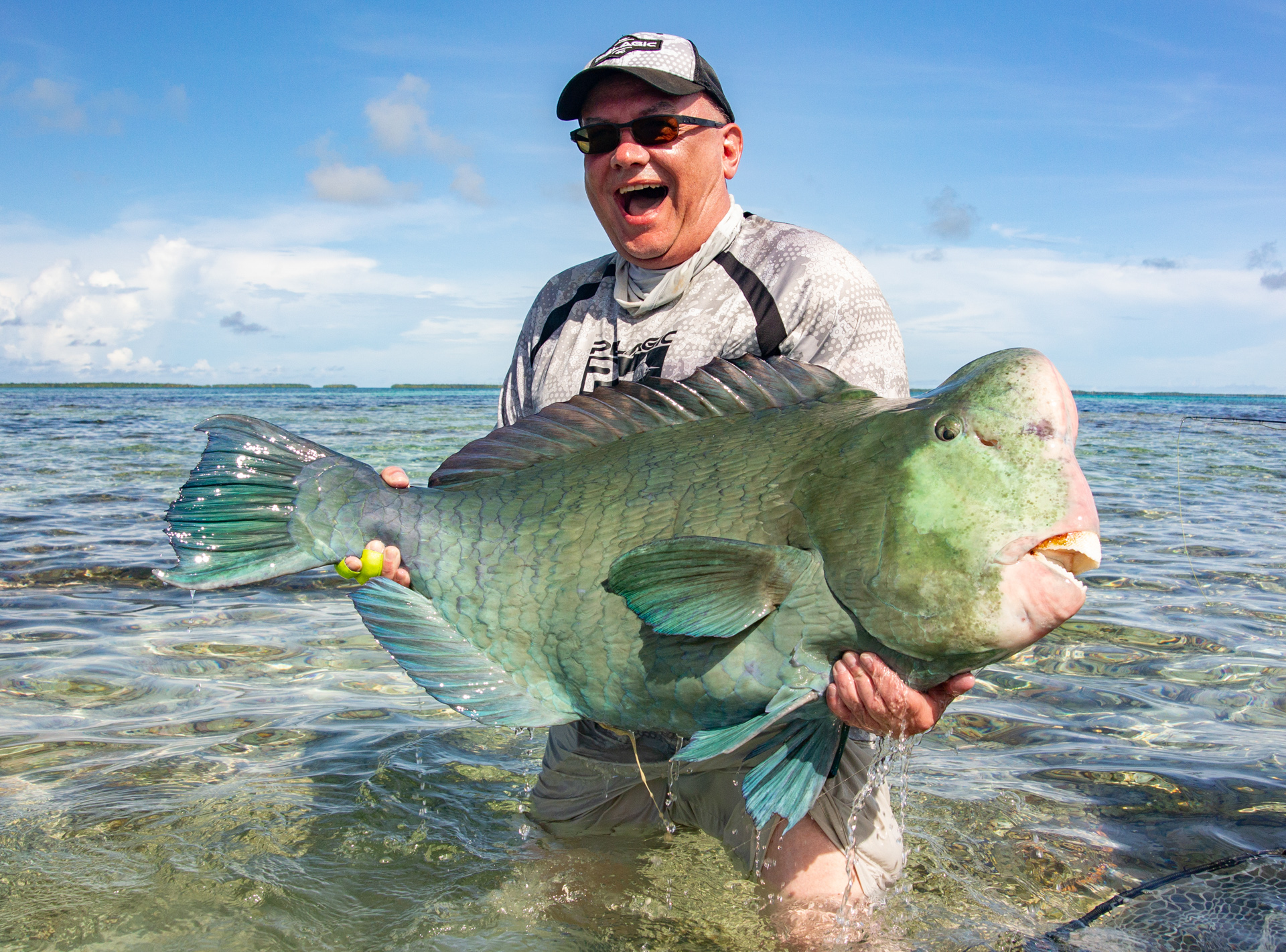 This week on Farquhar was a week of two halves. The first three days produced some spectacular catches, however, sadly the weather made it extremely challenging as the southeast wind took hold of the Atoll.

Piers Westerman and Louis Kruger got off to a slow start on the GT front, but managed a few GTs in the end. Piers managed a decent Napoleon wrasse as well as a golden trevally with Louis getting a very impressive 66 cm bonefish, which was just shy of 8 lbs.

The Scott Family comprising of David, Amarylis and Alex had a great week with Alex landing three GTs as well as great bonefish. David landed the only Flats Slam of the week consisting of a bonefish, GT and triggerfish. Amarylis enjoyed her time on the water with various species to her name with a magnificent 75 cm bluefin trevally and also managed to land 10 bonefish in a mornings session!

Stan Gorbunov, Igor Nevedov and Alexey Danchukov had a cracker week with Igor landing most of the bigger GTs this week with a 110 cm being the biggest, accompanied by a 94 cm & 90 cm fish.

Stan, who’s main goal was to land a bumphead parrotfish succeeded in doing so on the second day. He didn’t stop there as he also landed a whopping 103 cm GT. He also managed an incredible 98 cm napoleon wrasse. Alexey also had a solid week by landing his first bumpy together with a couple of GTs and ended his week with a monster 51 cm trigger. 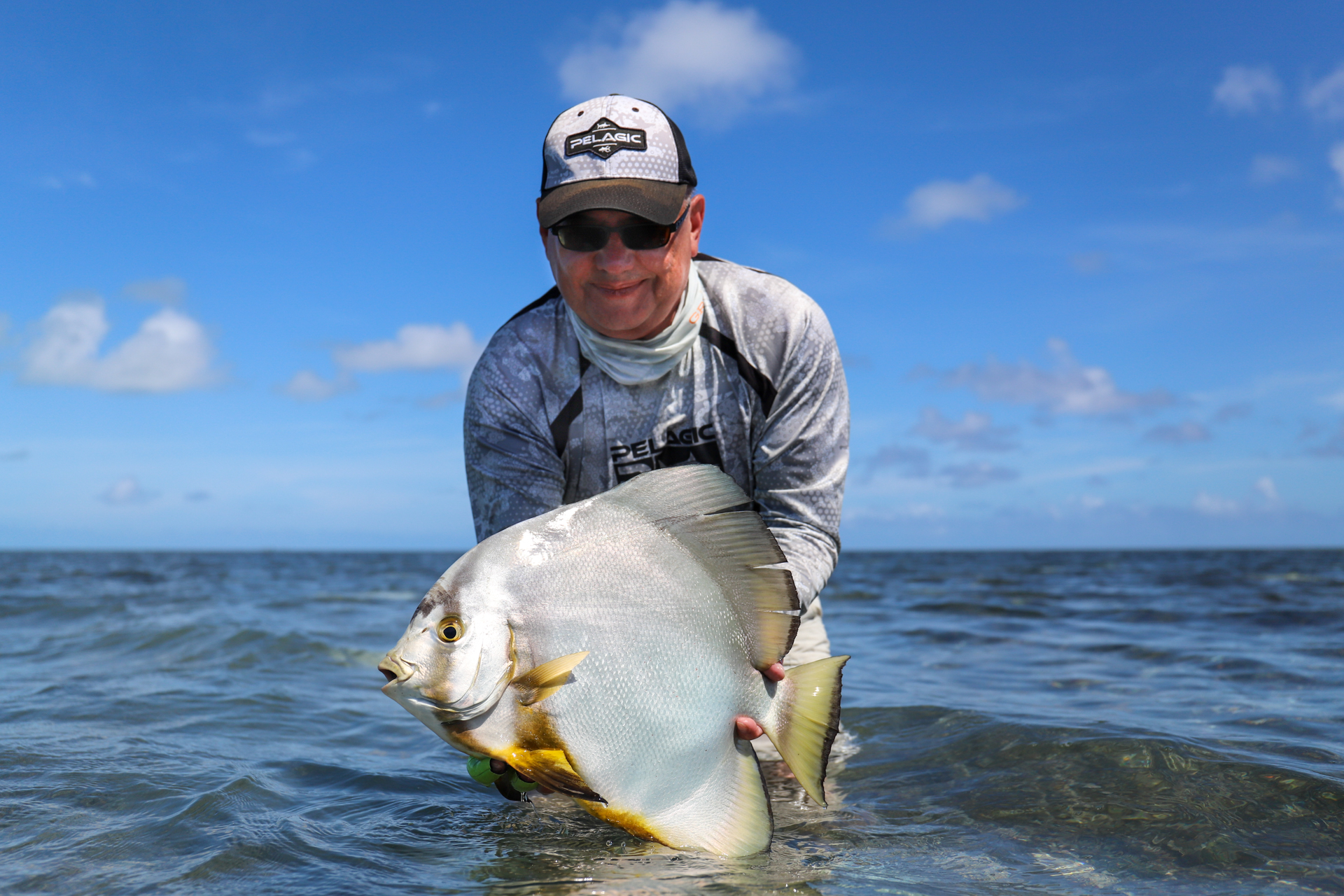 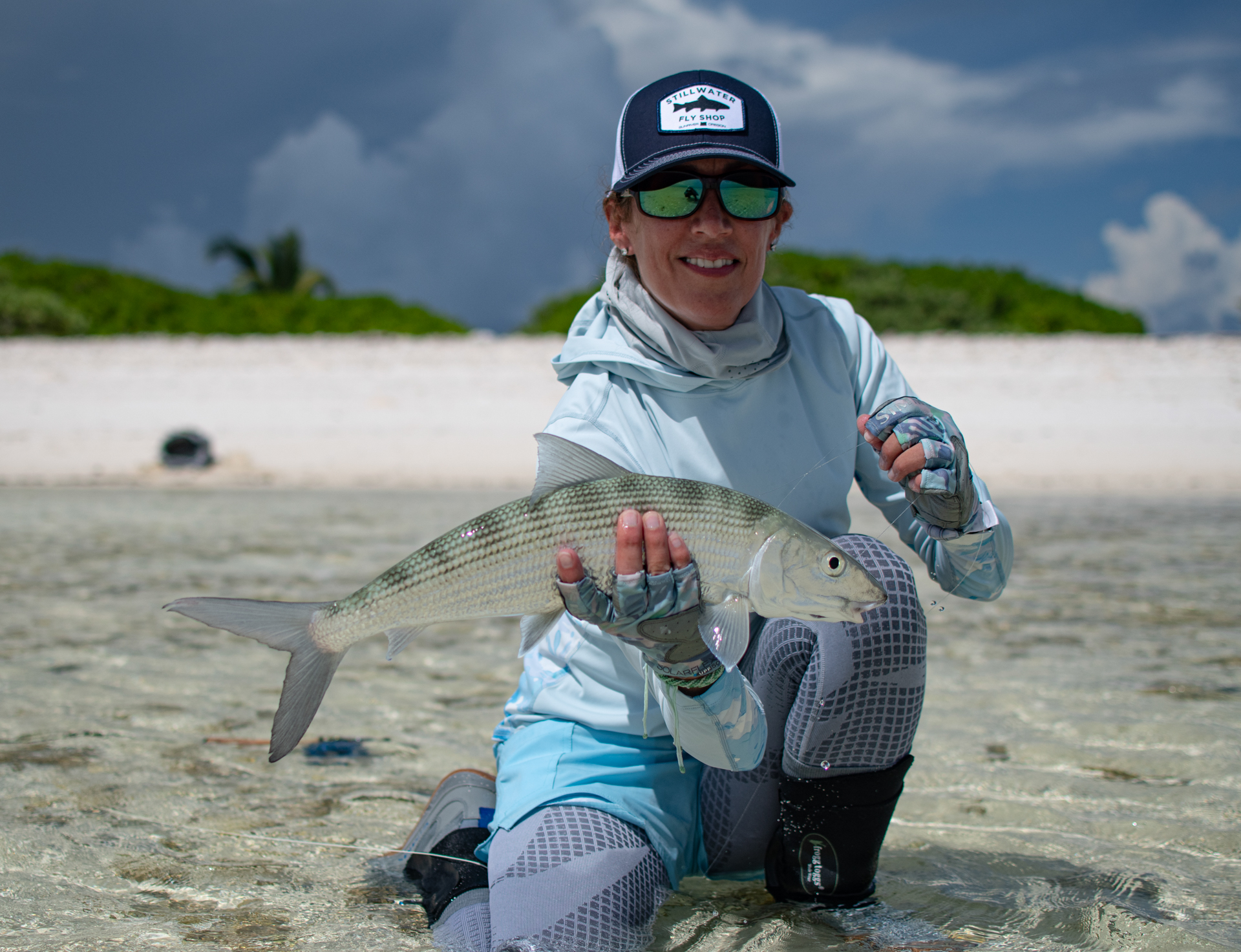 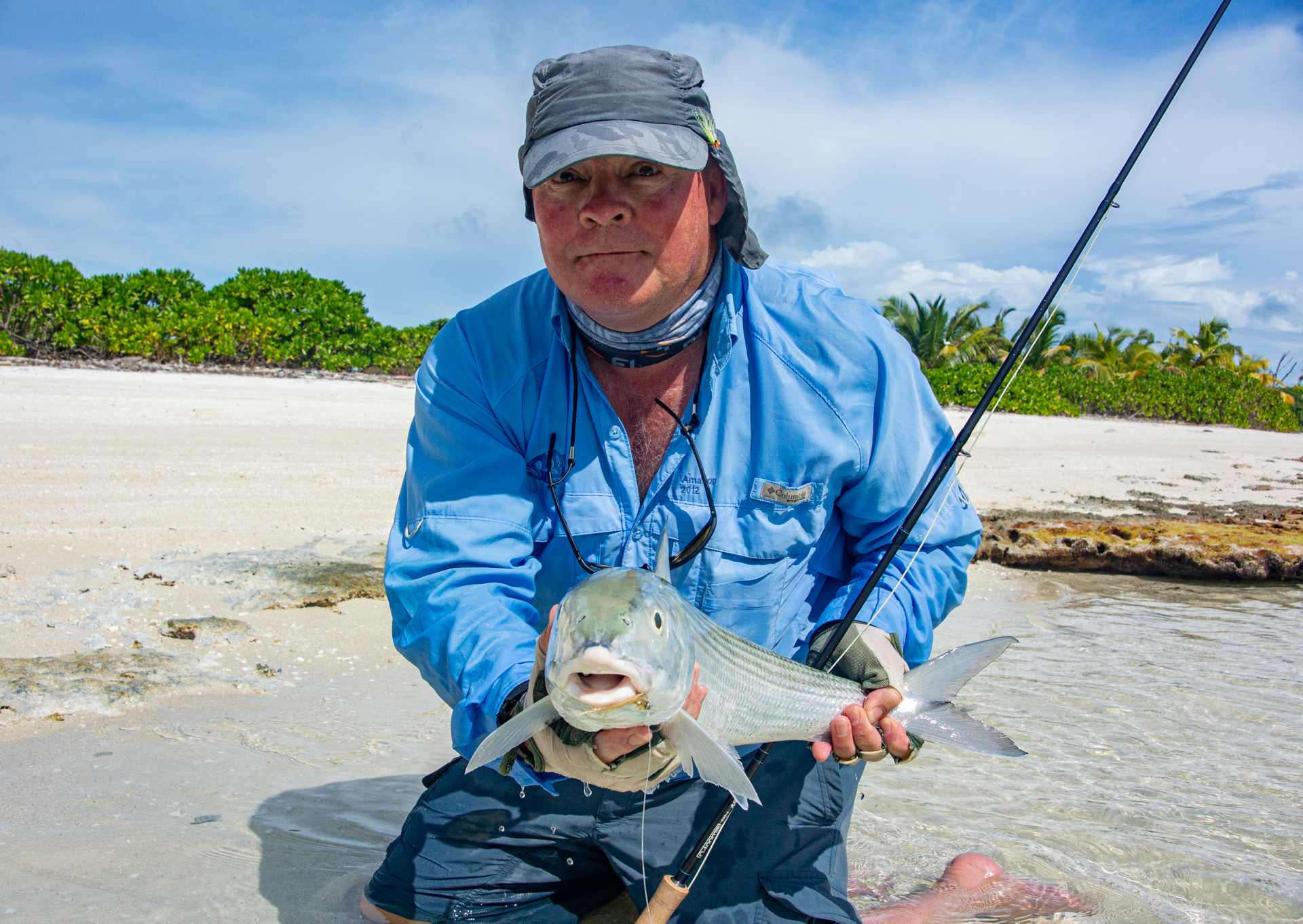 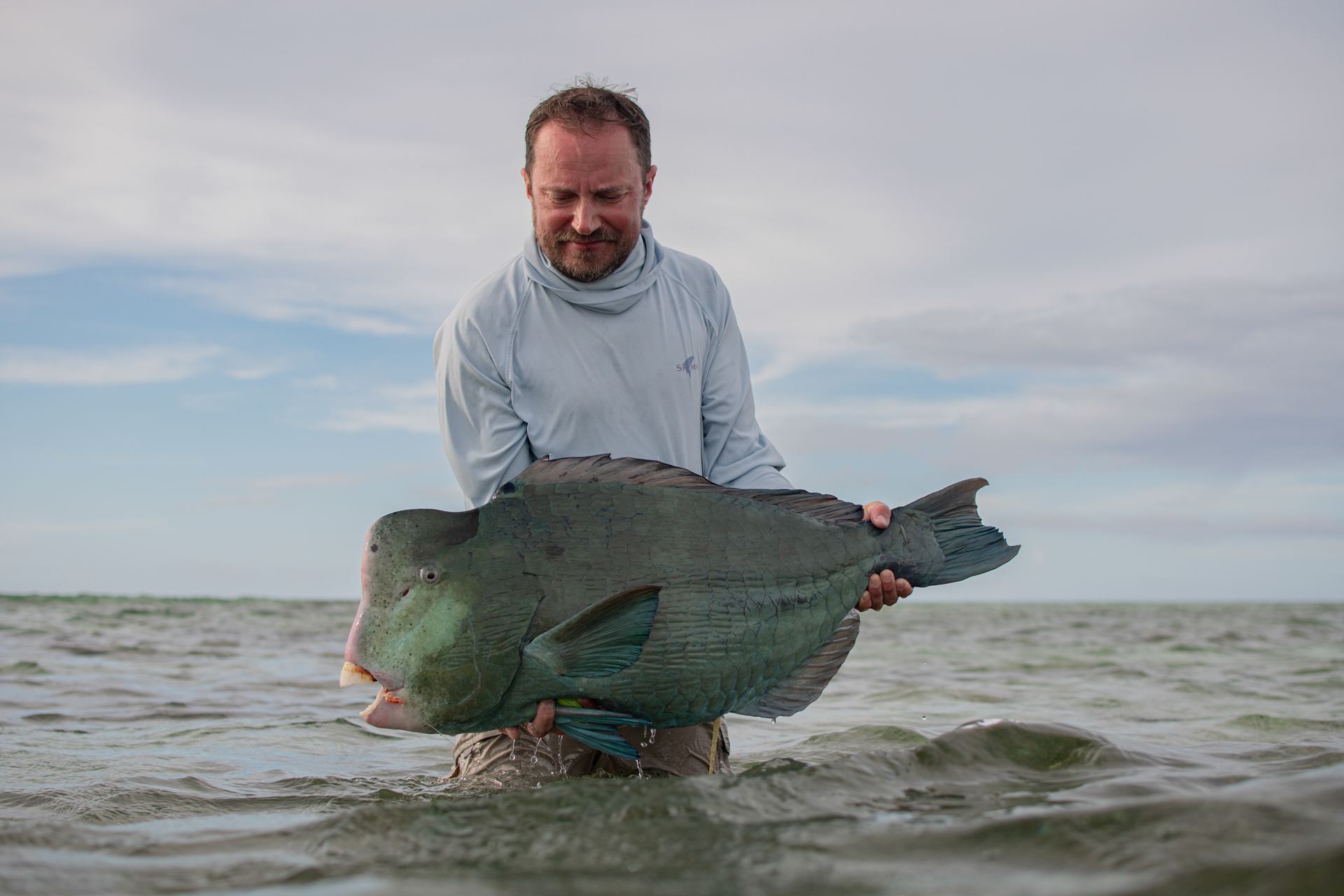 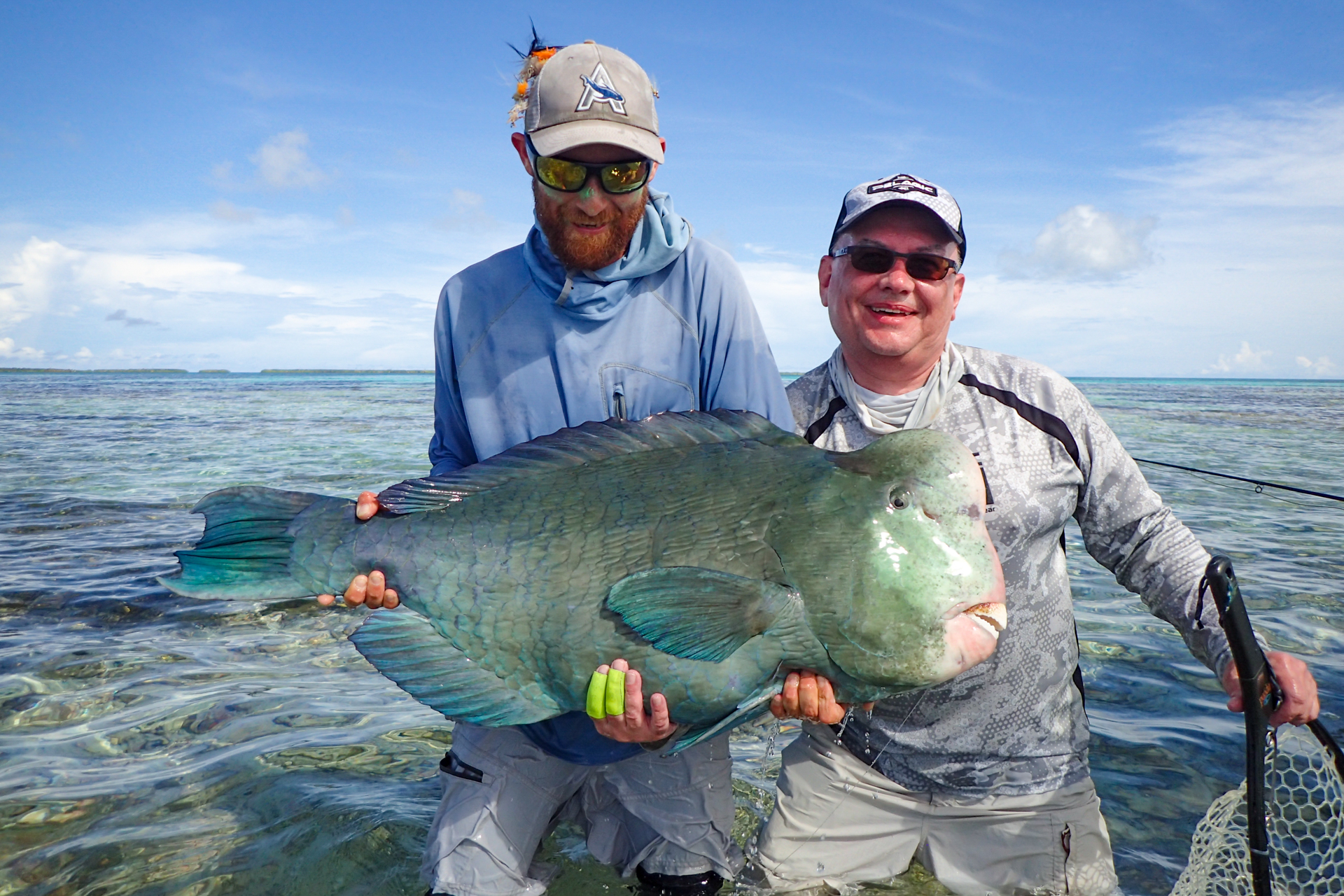 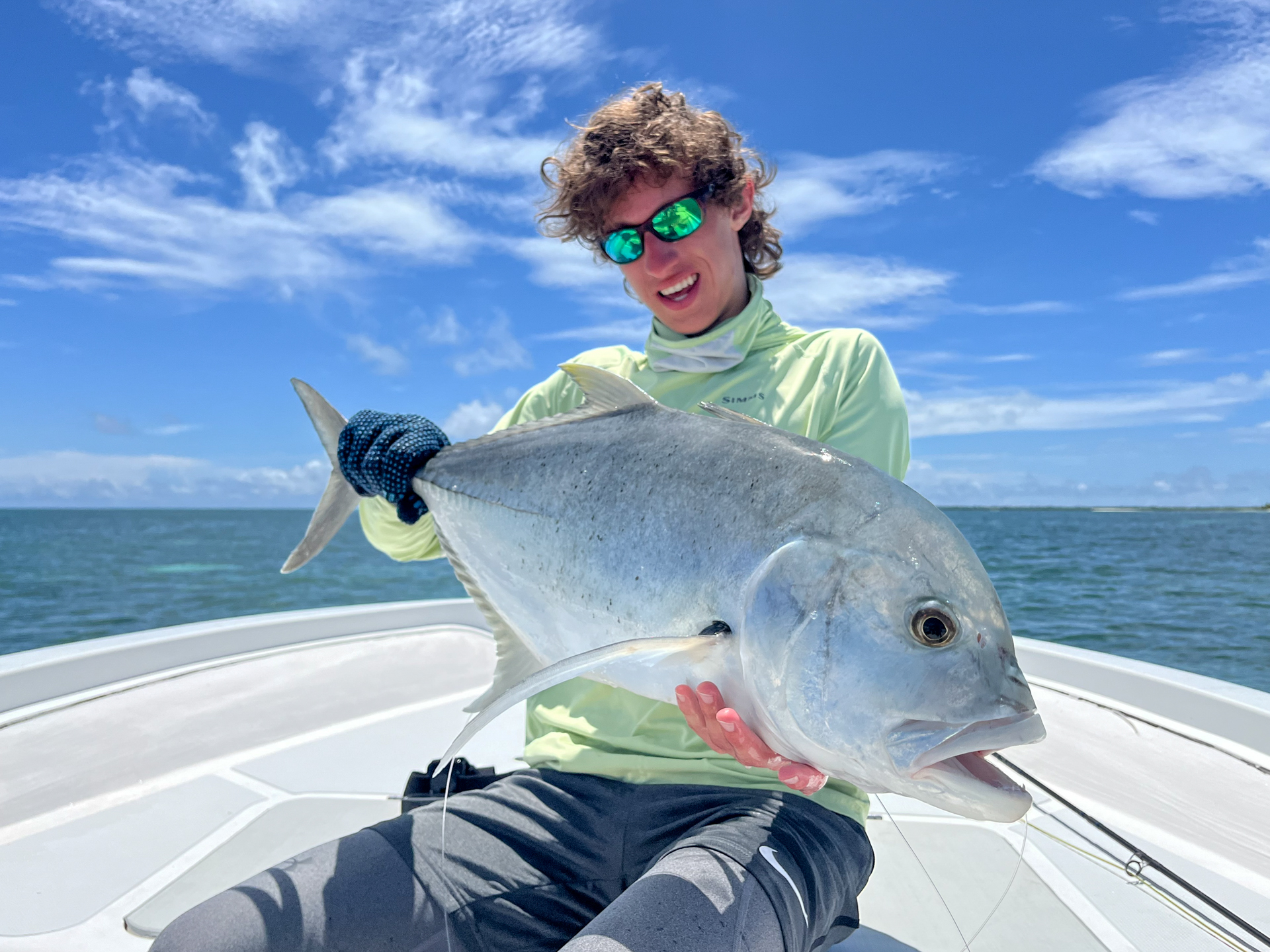 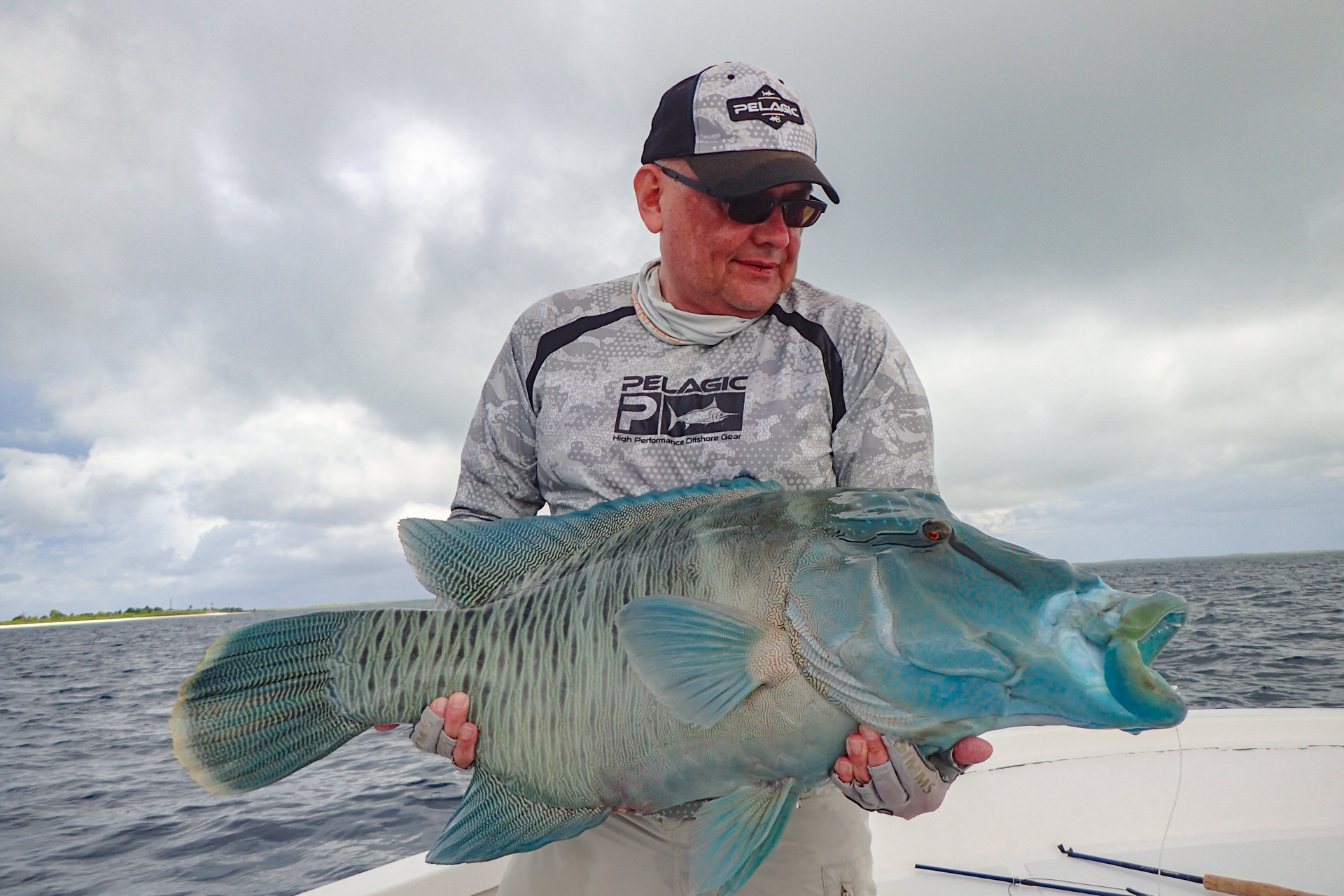 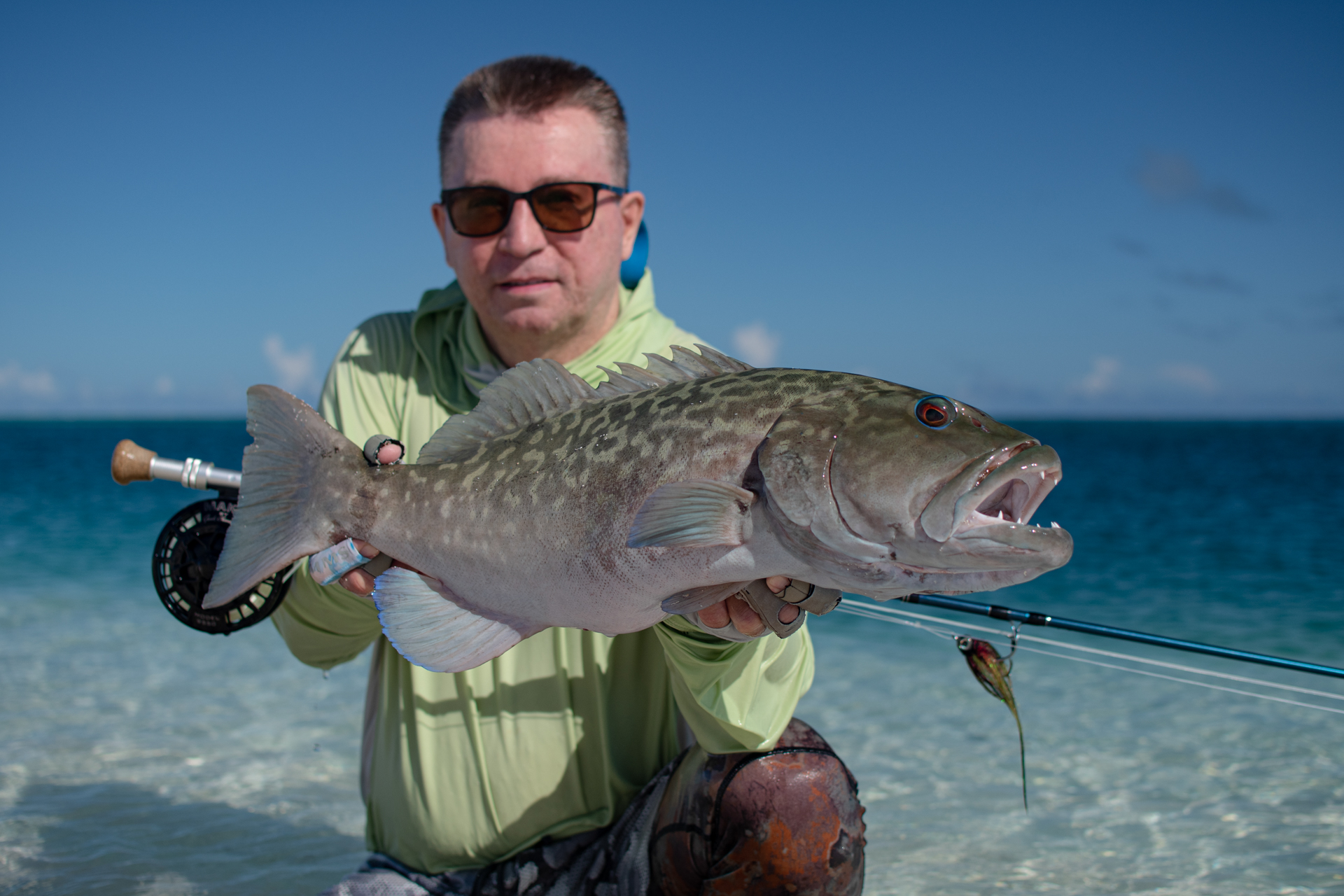 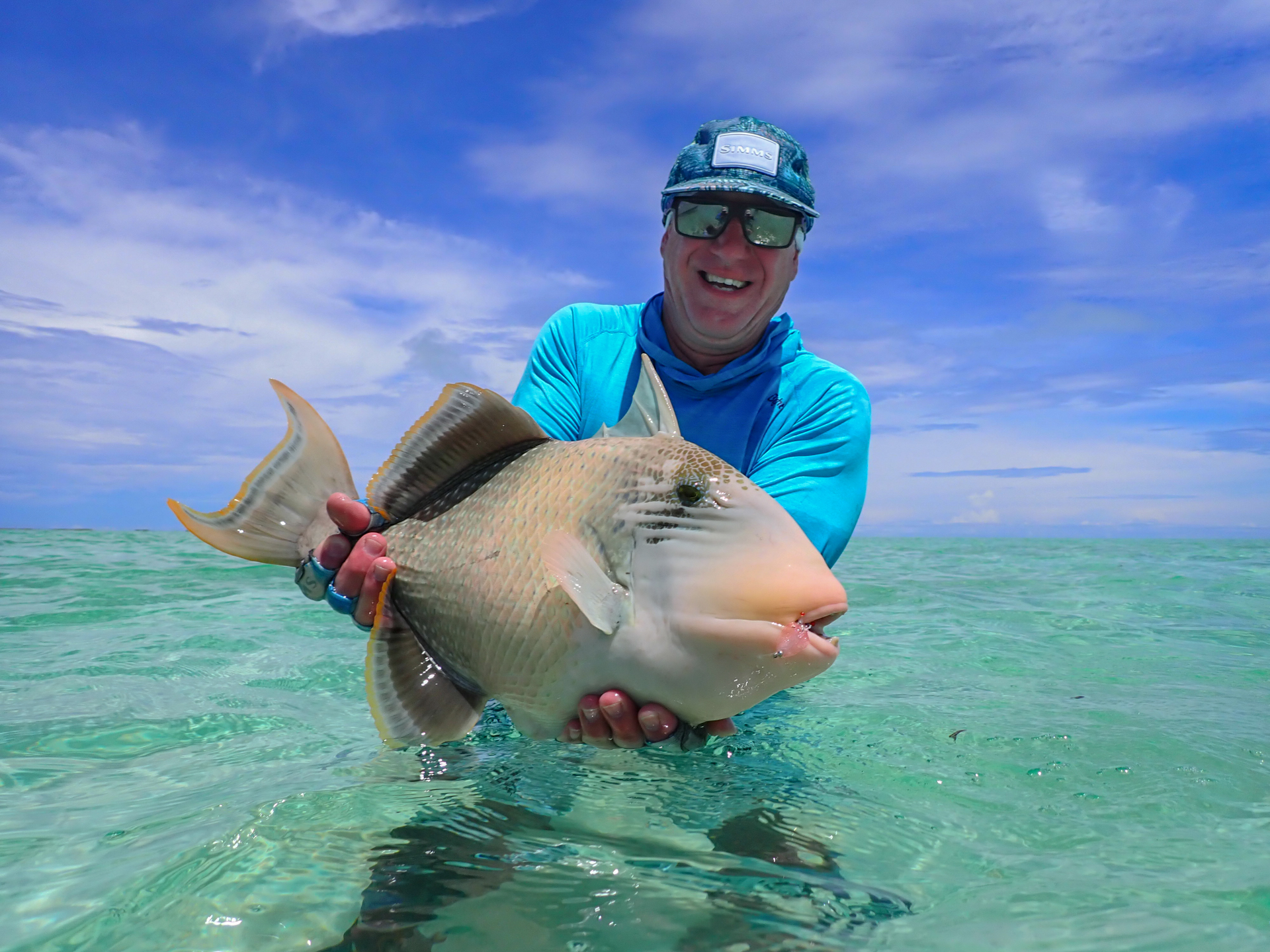 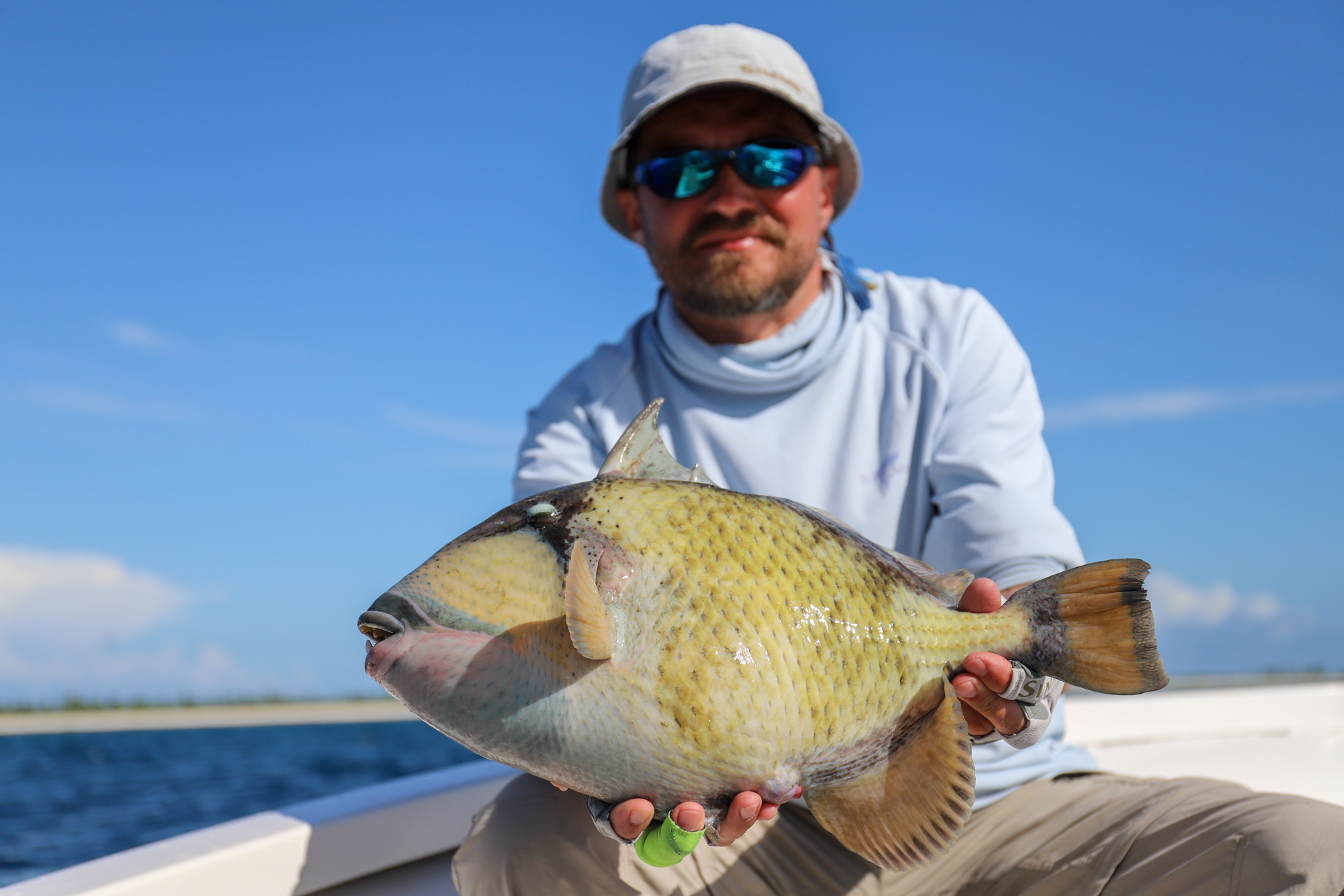 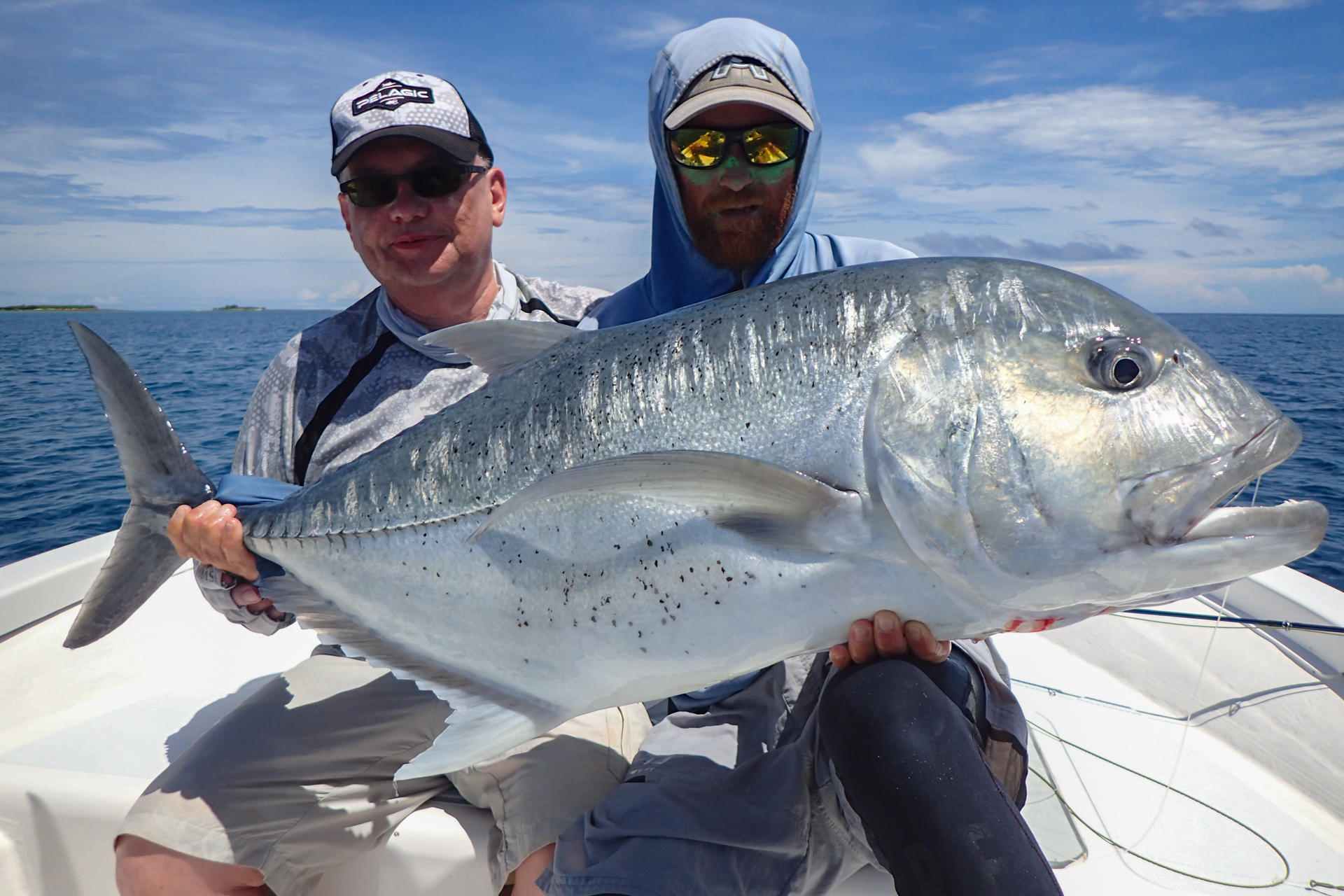 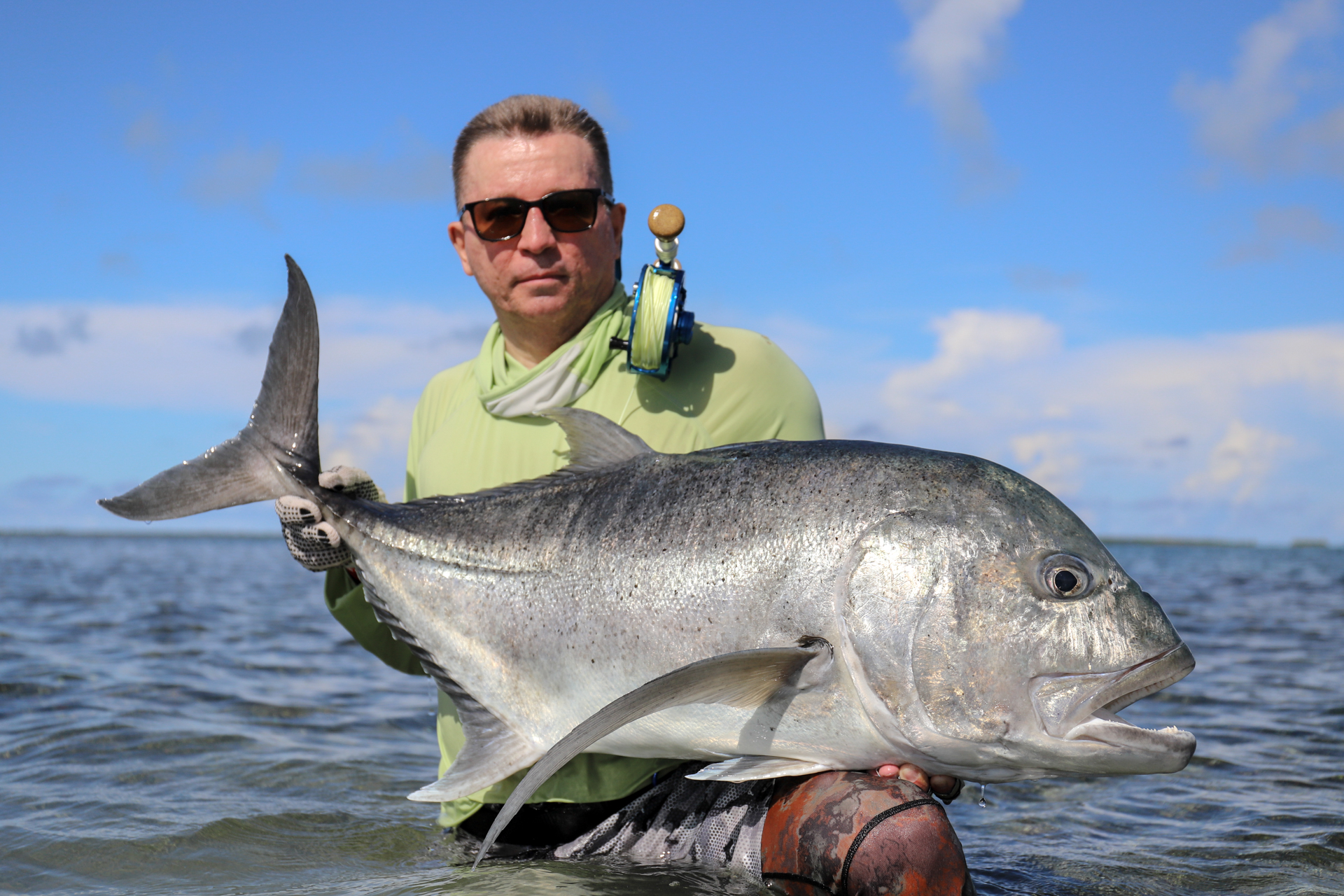 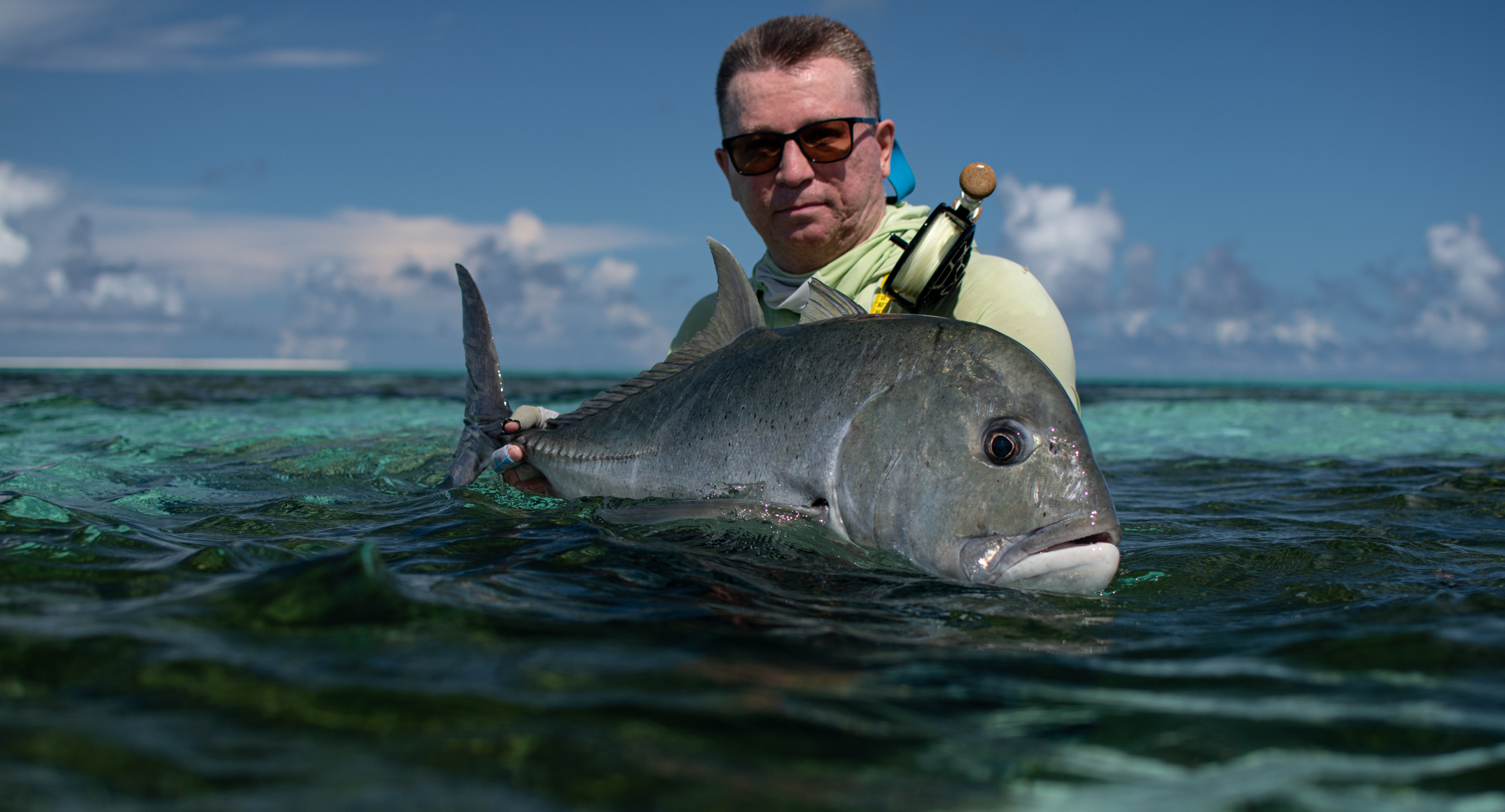 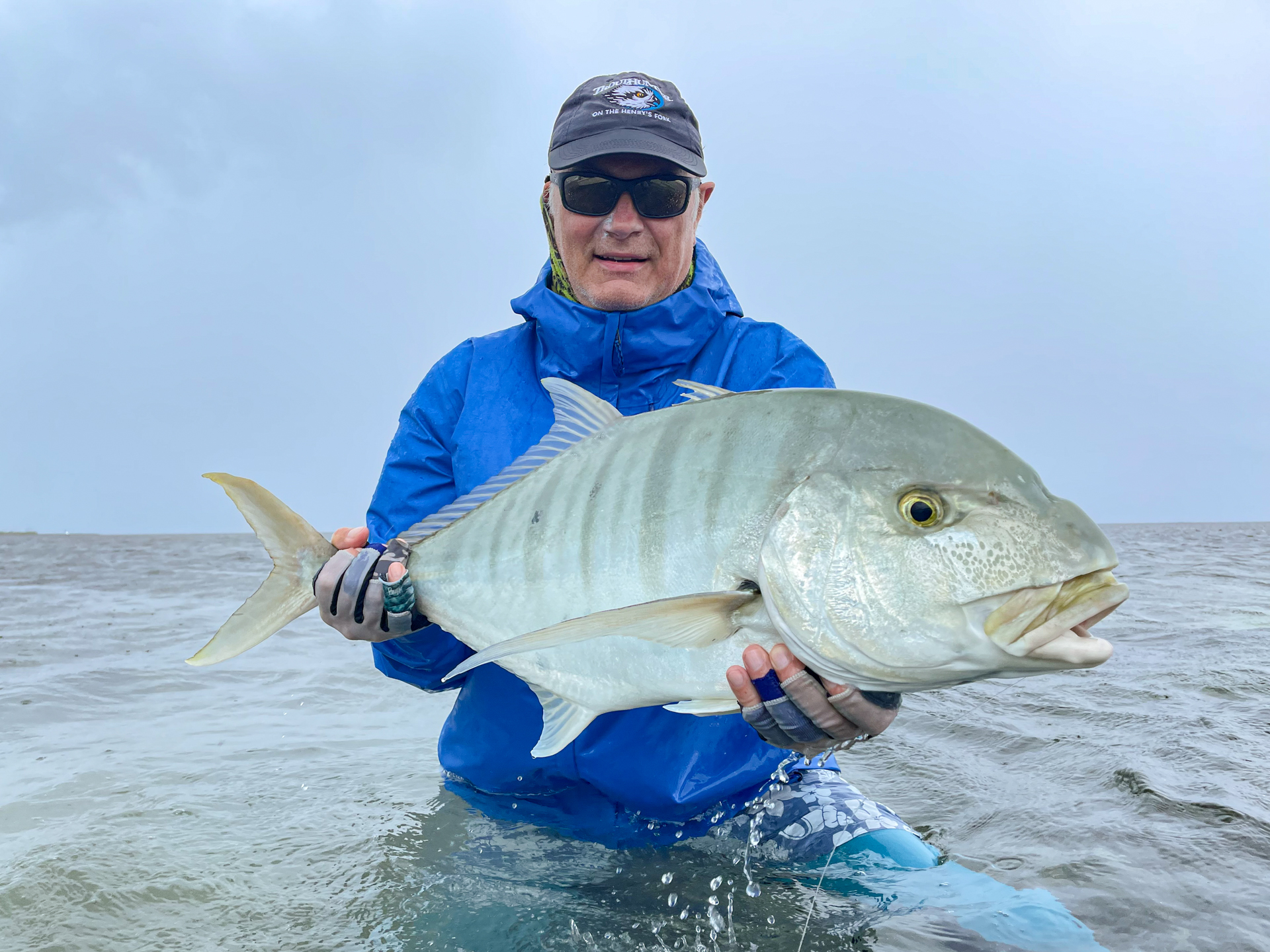