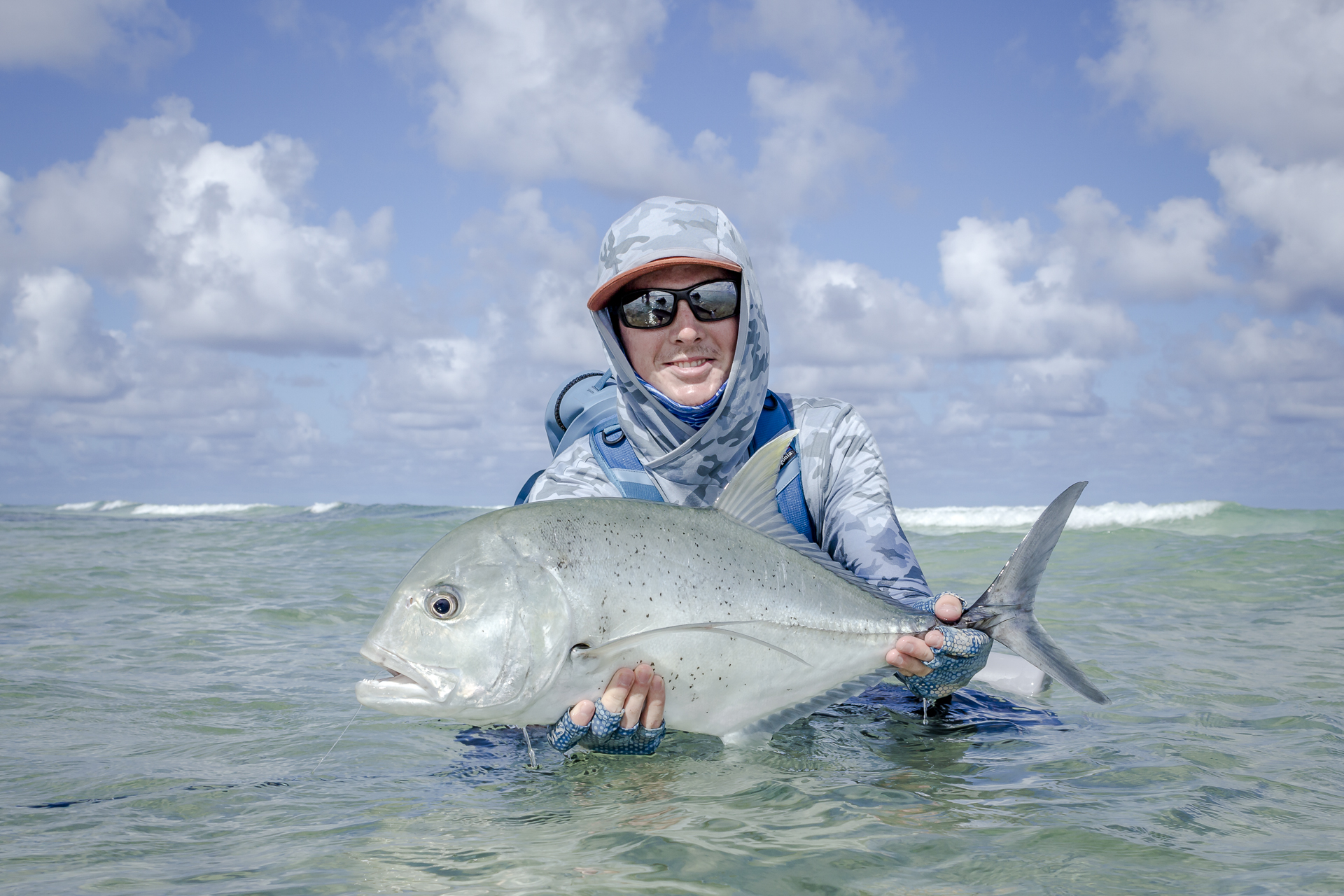 Week 16 started off with calm conditions and exiting neap tides going into spring tides. Our new guest was a father and son, Robert and Sam, this was their first time visiting the Seychelles and they have been looking forward to this trip for a couple of months now. After tackle setup and a brief run down of how to present the fly and what to do when the fish eats they both rushed out to the flats do go and see if they can go bent the rod!

Day one on the flats was a little slow so they went to the outside reef to go and see if they could bring in some geets!! Sam hooked up onto his first geet ever and landed it, it measured 70 cm. Shortly after we released Sam’s fish, Robert managed to get one to eat his popper as well and landed his first geet of 65 cm.

As the week progressed the fishing got better and Sam was on the trigger hunt after losing one trigger the previous day! So he had some unfinished business with them and went back and got himself a beautiful giant trigger.

In the tail end off the week fishing got challenging again but it did not stop Robert and Sam from finishing off their week with two GT in the surf zone, one was swimming back out the water and Sam made a perfect cast and landed a 72 cm geet not long after Robert missed one on a ray but shortly after we saw three more fish surfing the waves in and he made a good cast landed in the right spot and managed to land a the final GT, which measured 75 cm GT. 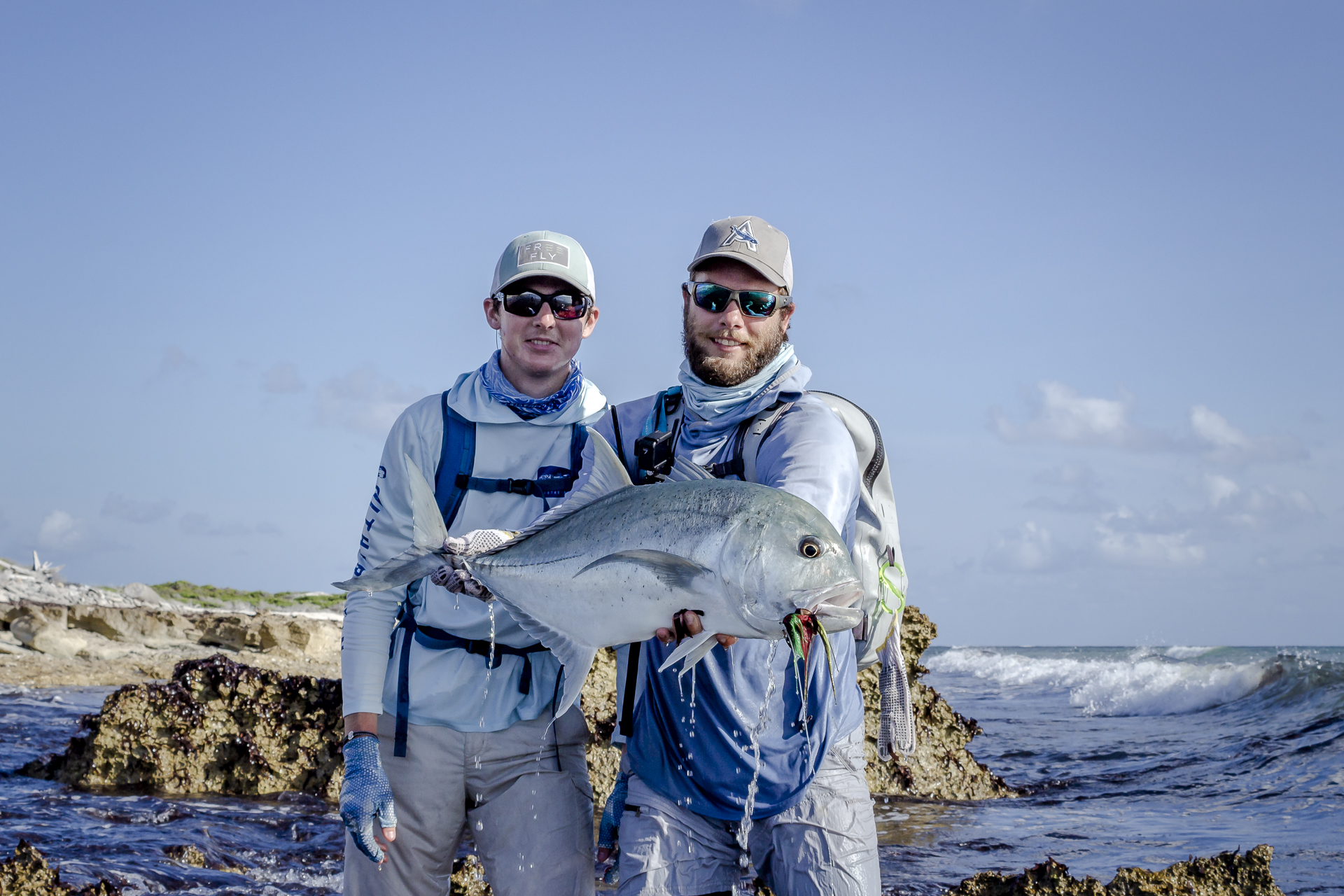 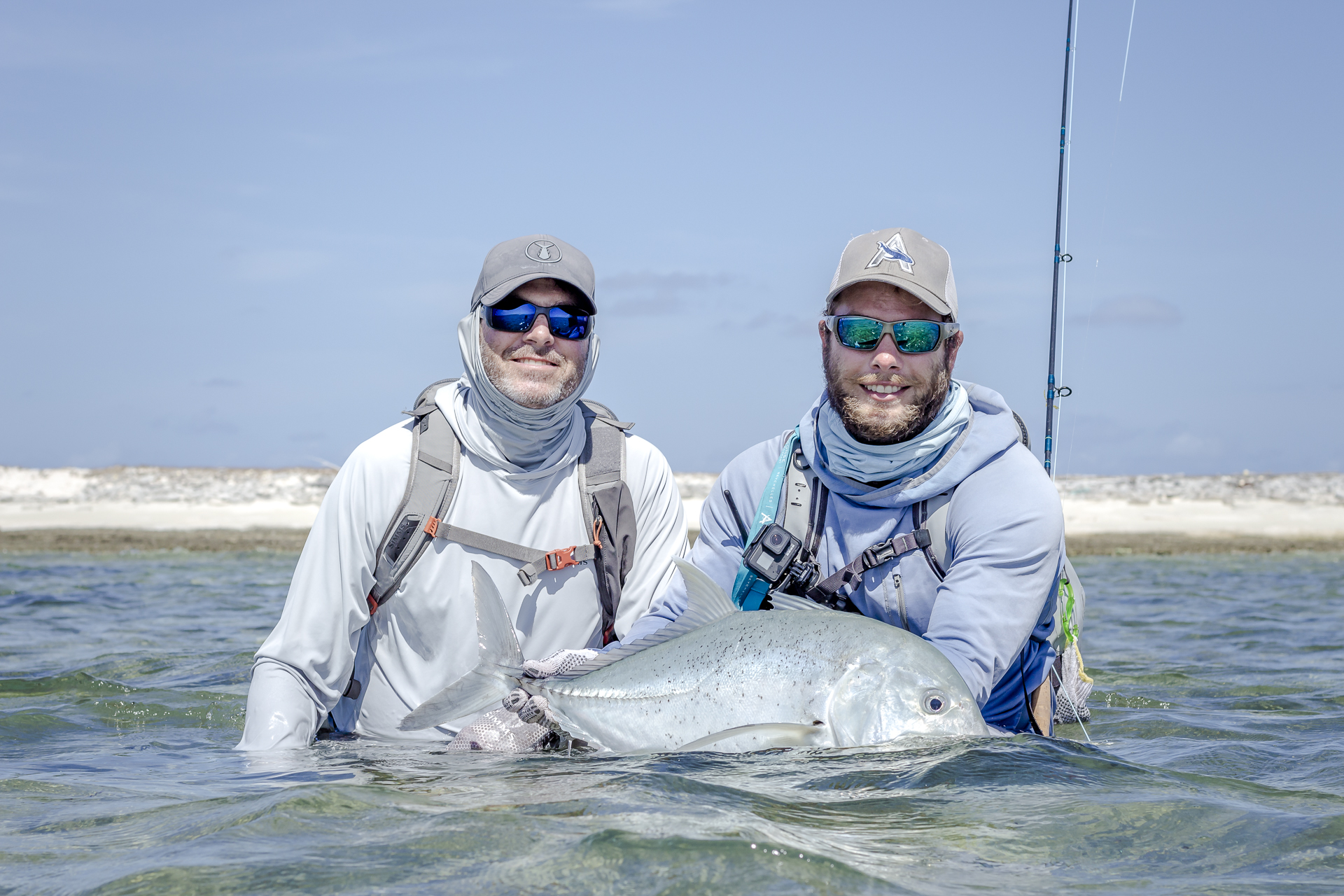 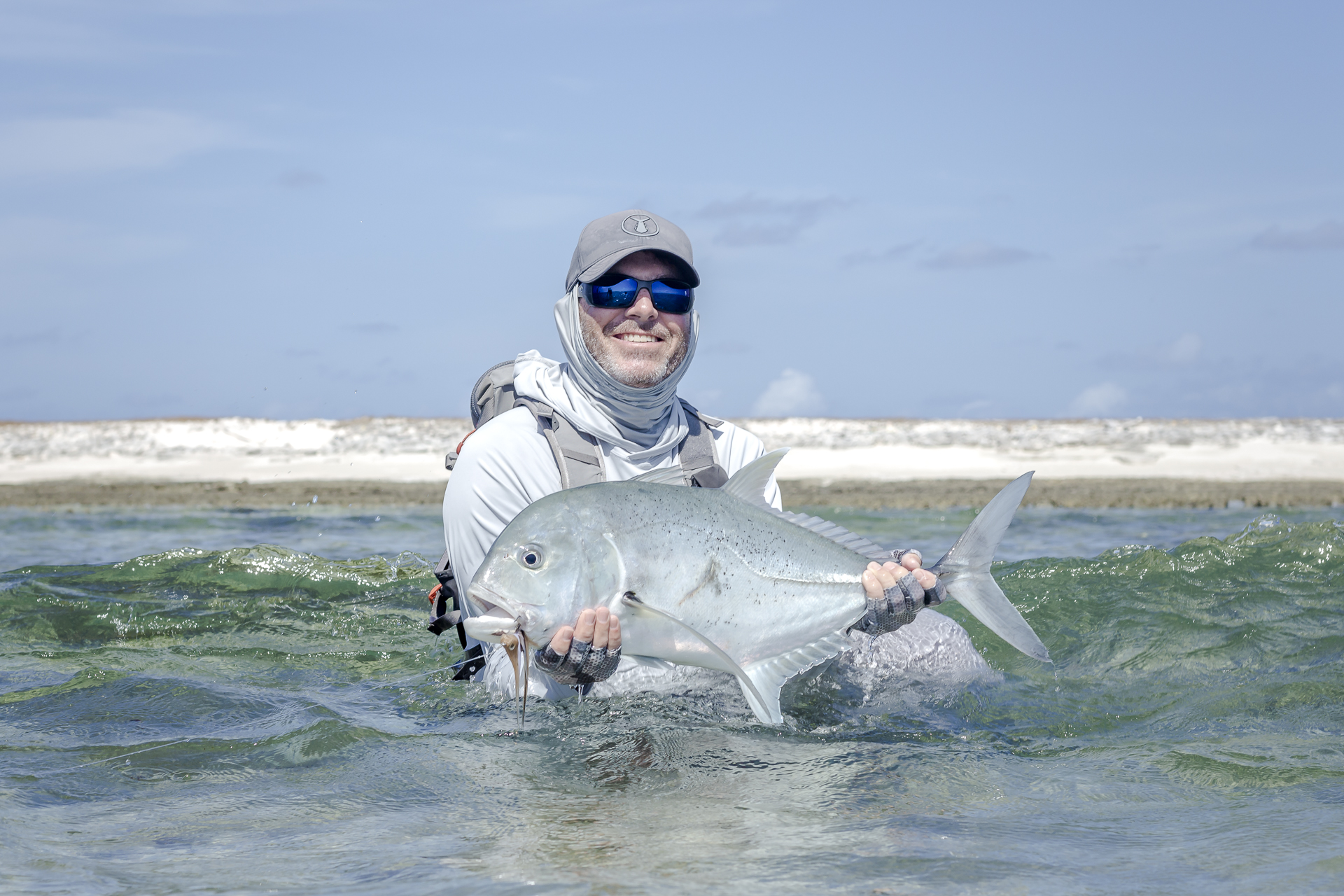 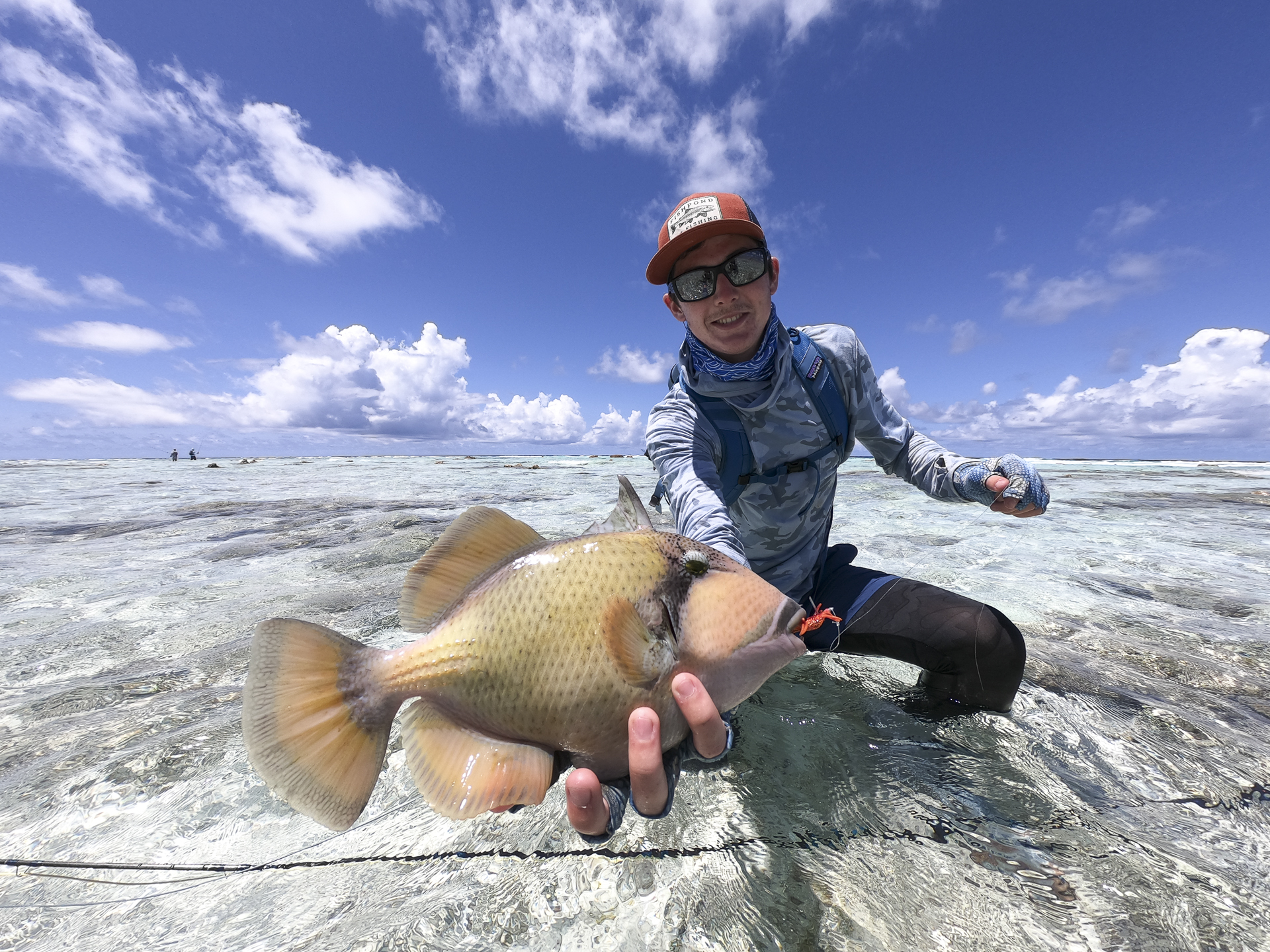 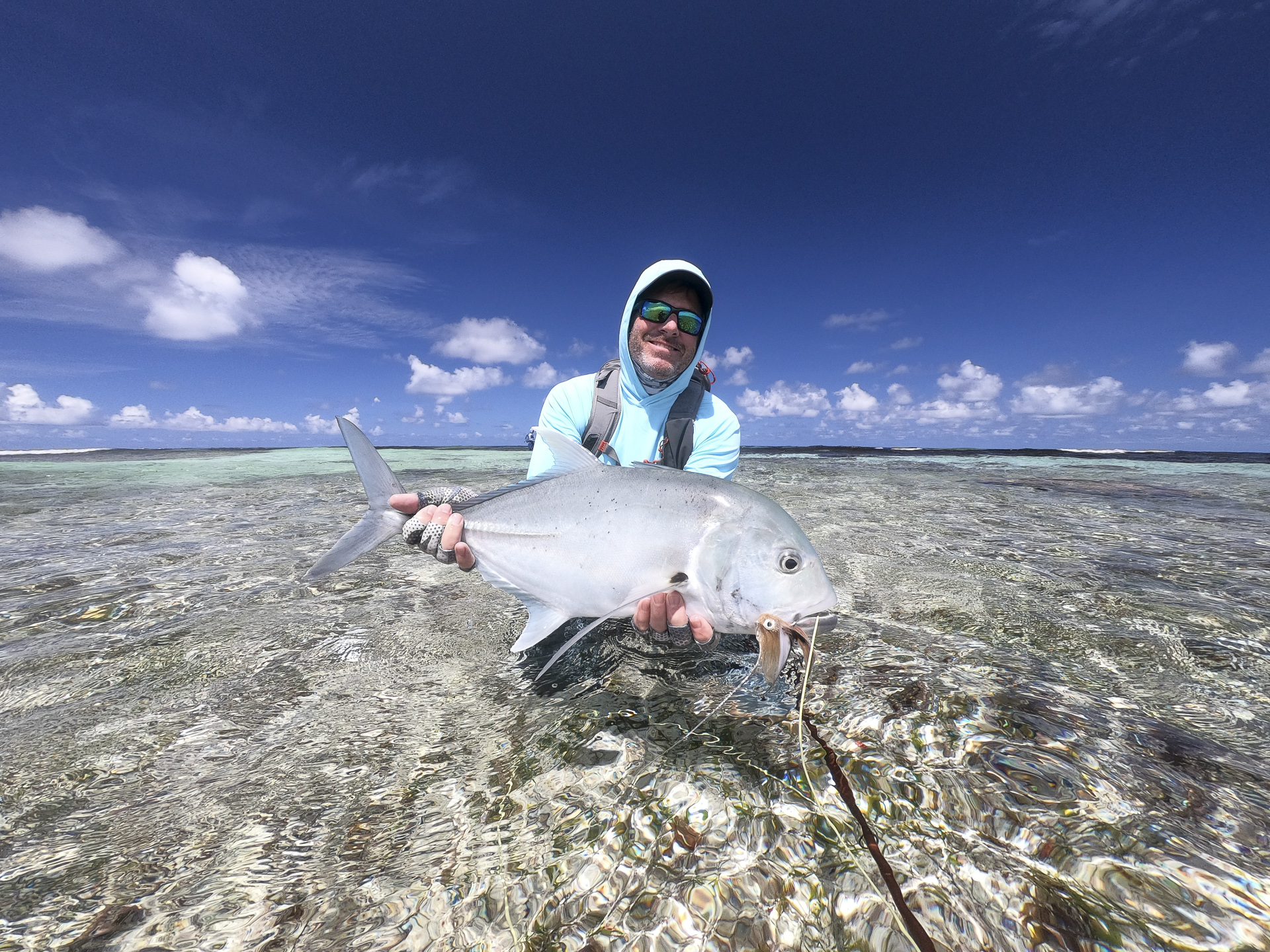 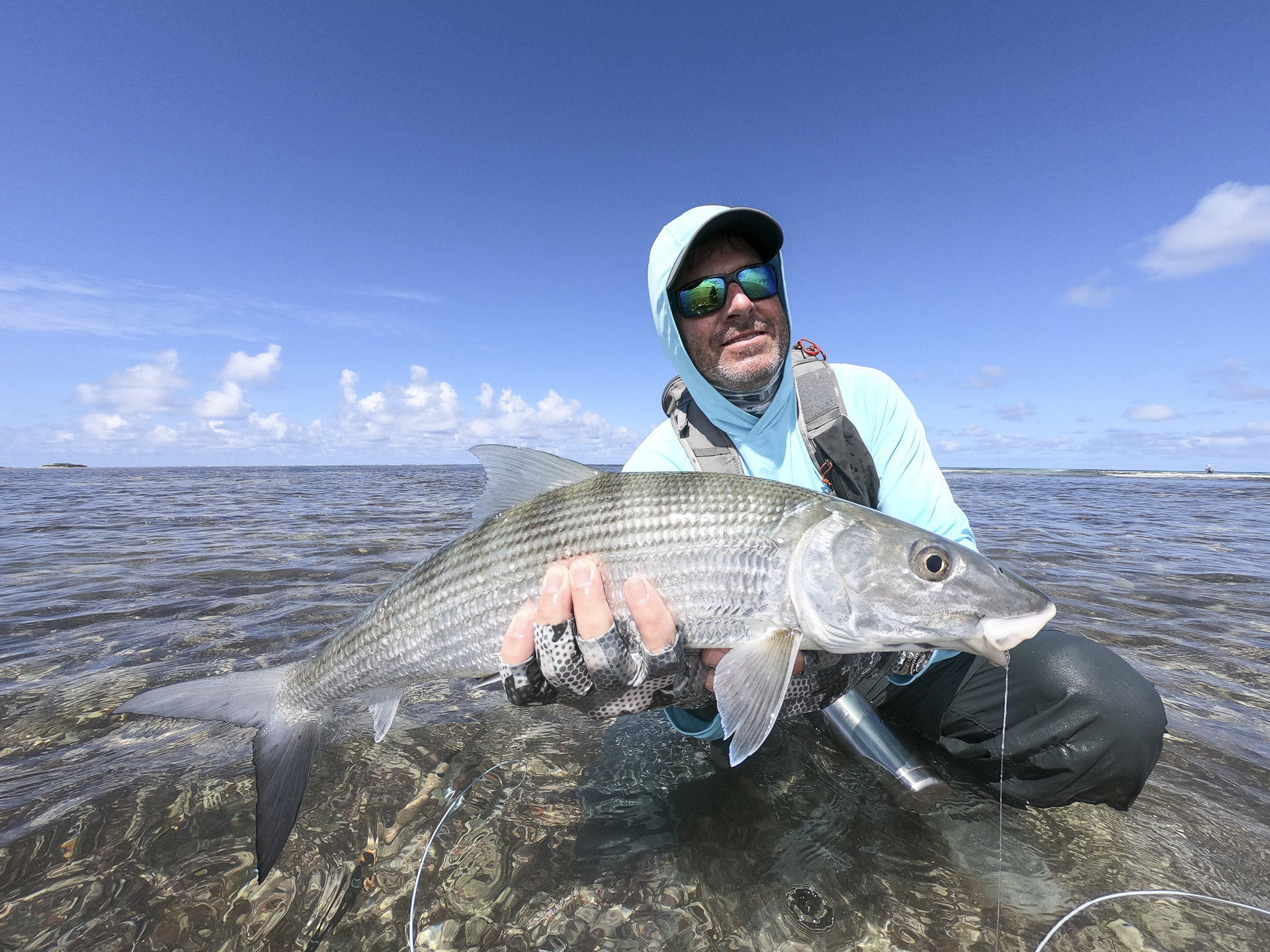