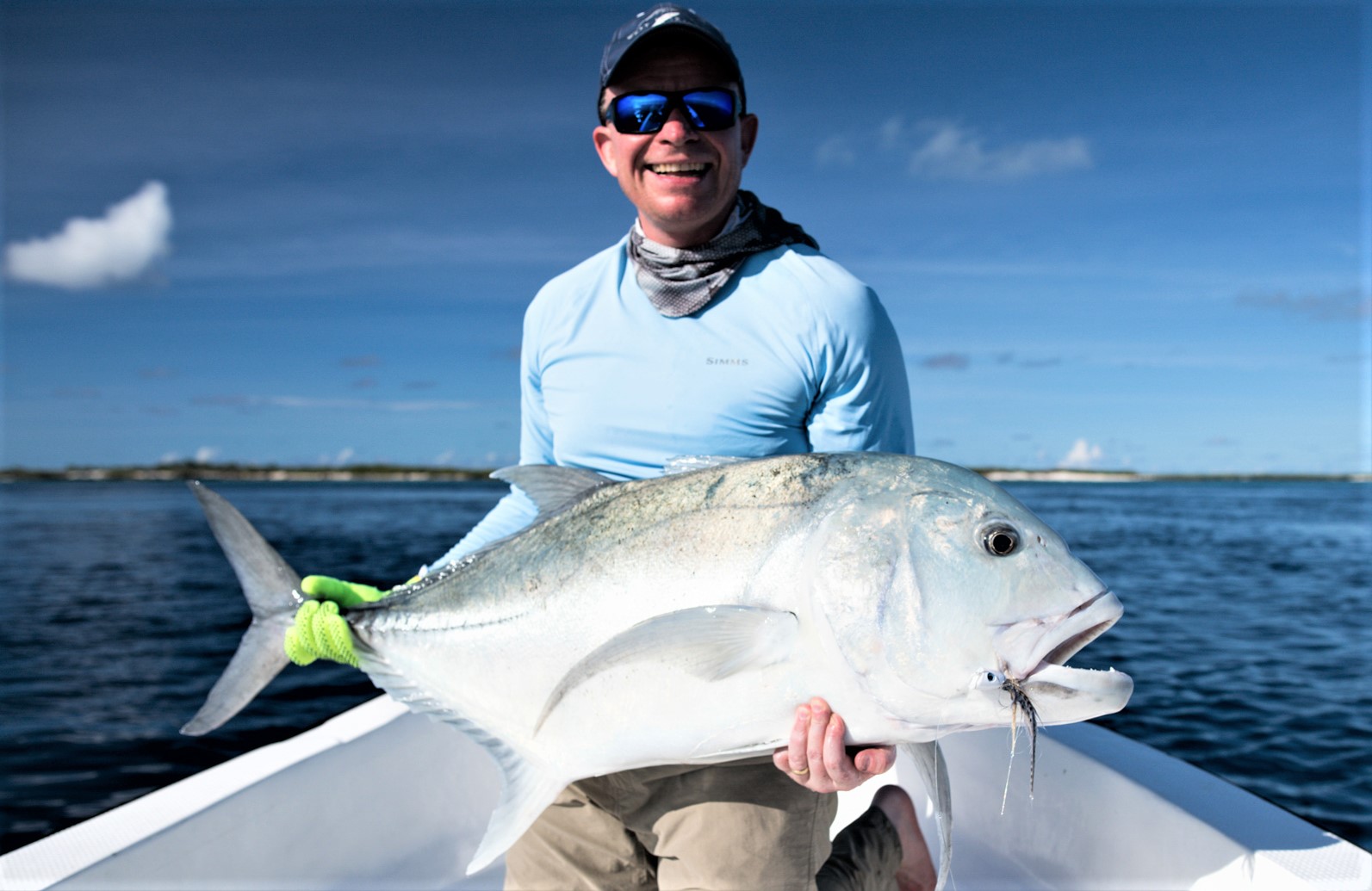 Proper spring tides provided the anglers of Astove with consistent lagoon action and lengthy ventures into the surf.

The best action was reported on the pushing tide midway between Paulie’s and Old Pier where a shoal of sizable GT’s were encountered by two groups, Henrik Anderson, Peter Pederson, Danny & Kenny Jones who managed to land seven GT ranging from 60-81 cm in a span of thirty minutes.

Many good fish were raised teasing outside as the largest GT of the week measured 111 cm caught by Johannes Henrickson who also later in the week landed a behemoth of a Moustache triggerfish taped at 50 cm.

Kenny was crowned our fisherman of the week producing a solid number of GT and on the final day dethroning Johannes with a 51 cm Moustache triggerfish that took a team effort of four men to dislodge it from a rock.

Last but not least comes our GT champion Henrik, who in one day landed four GT up to 80 cm and ended his week with a total of seven, his first Moustache triggerfish and a massive Bohar Snapper in the surf.

The weather shifted near the end of the week making for difficult sight fishing but all anglers finished satisfied with a grip of quality fish. 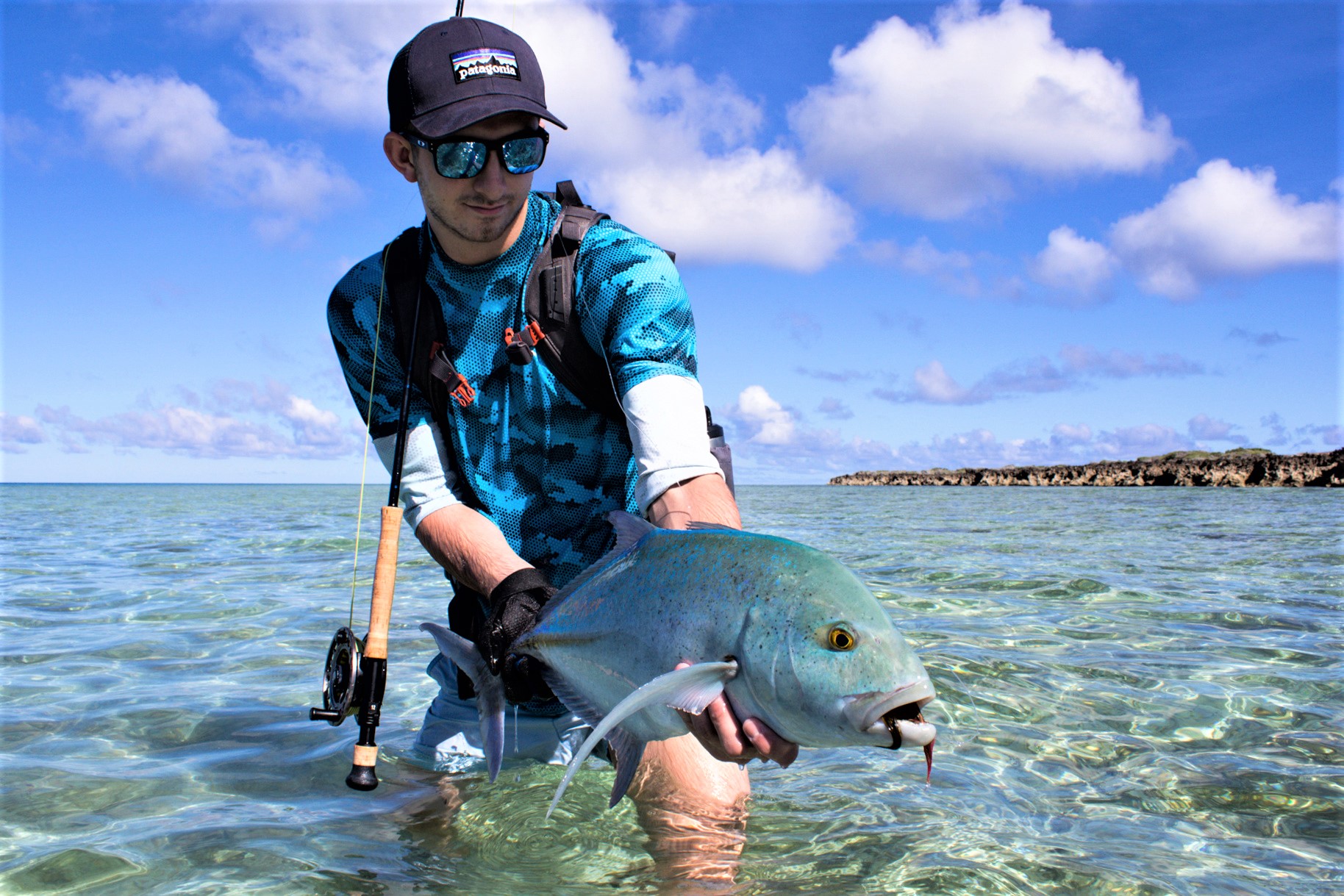 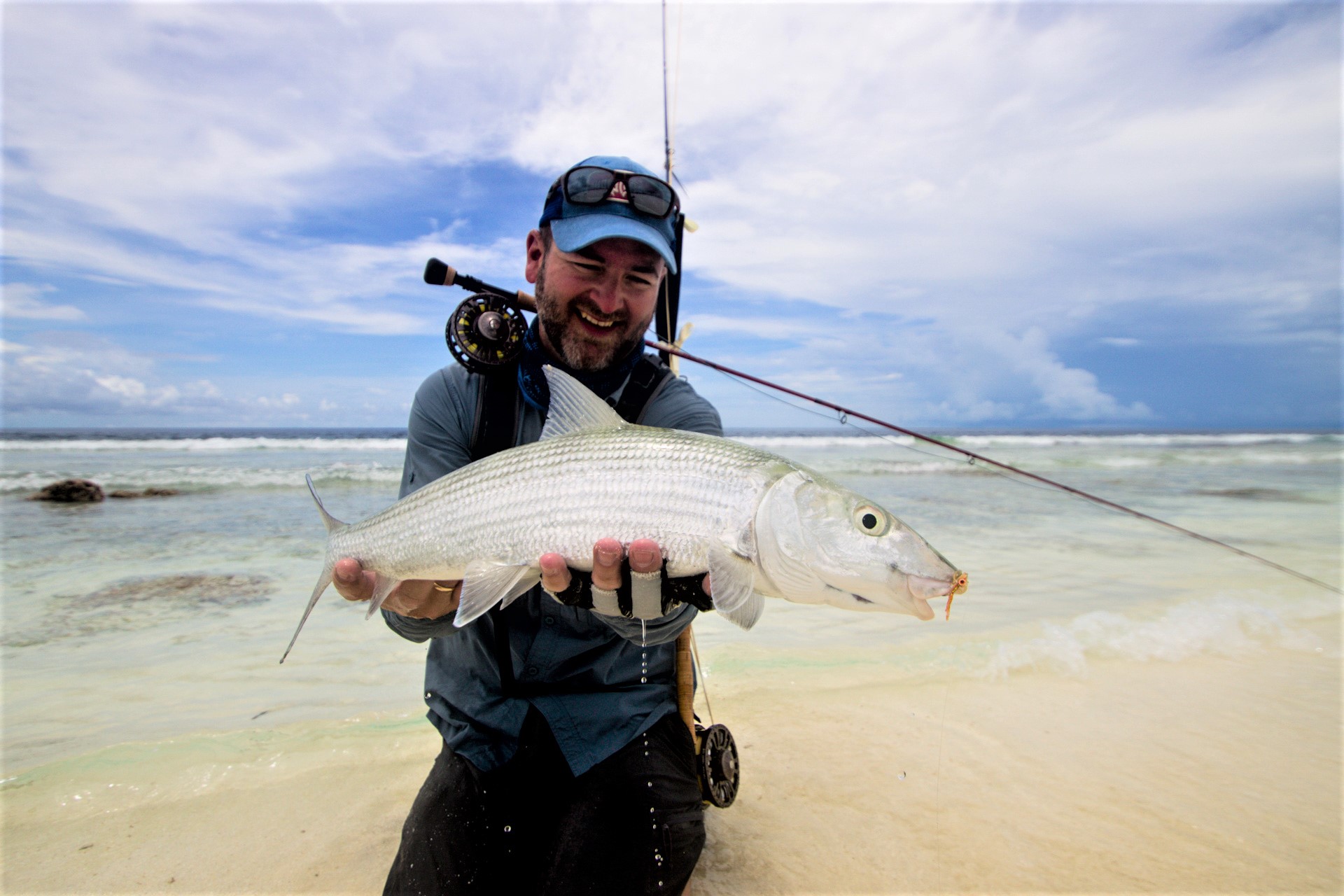 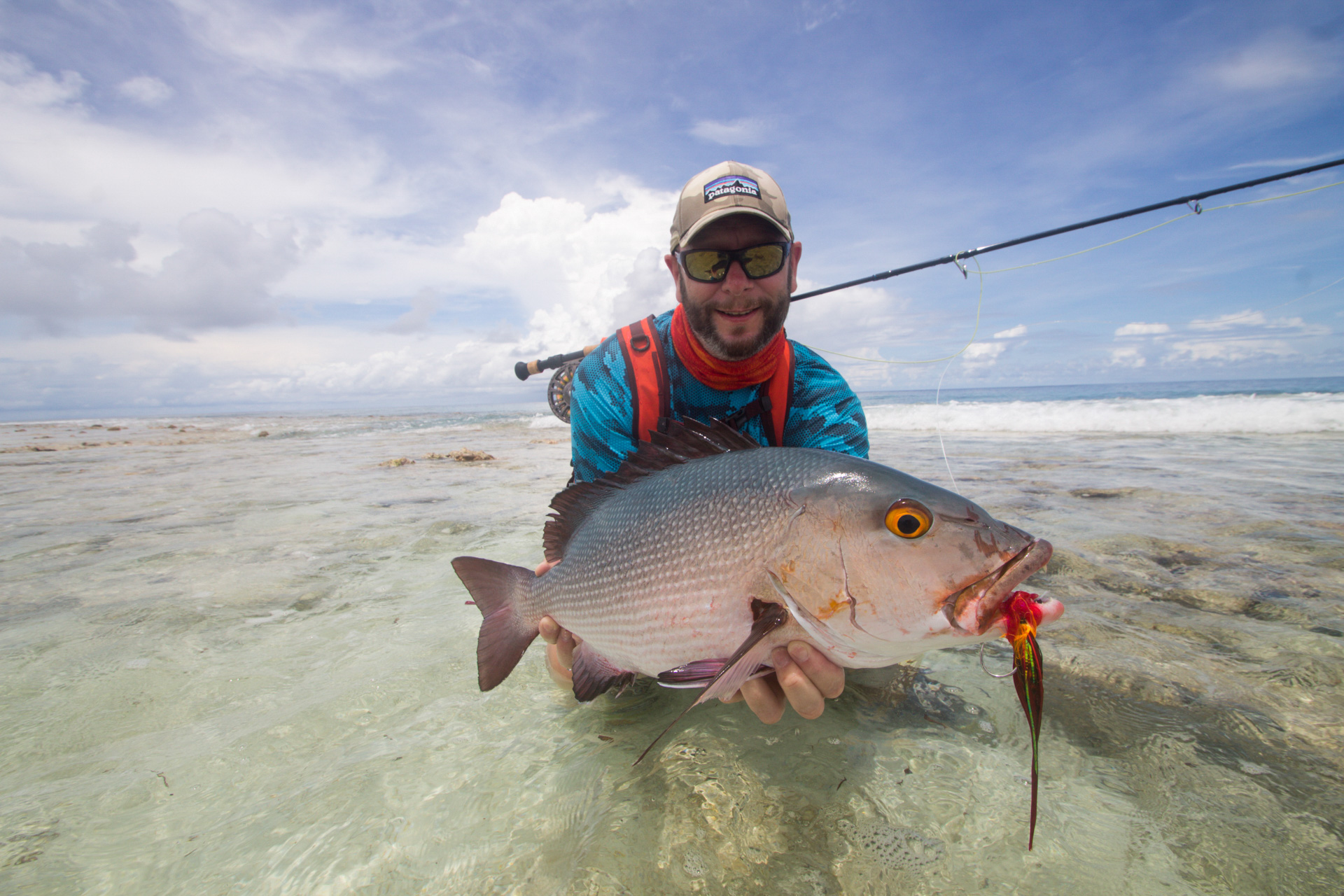 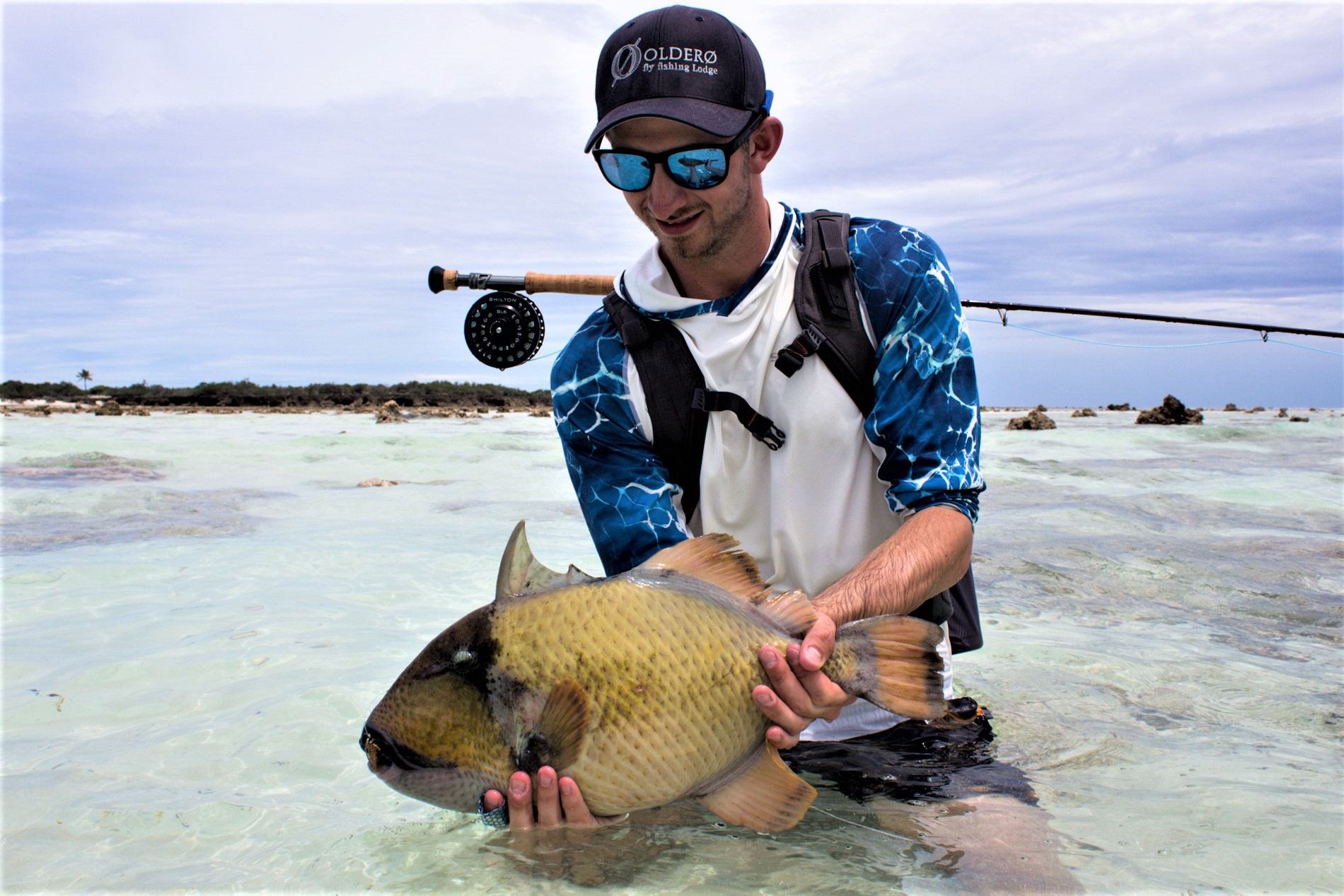 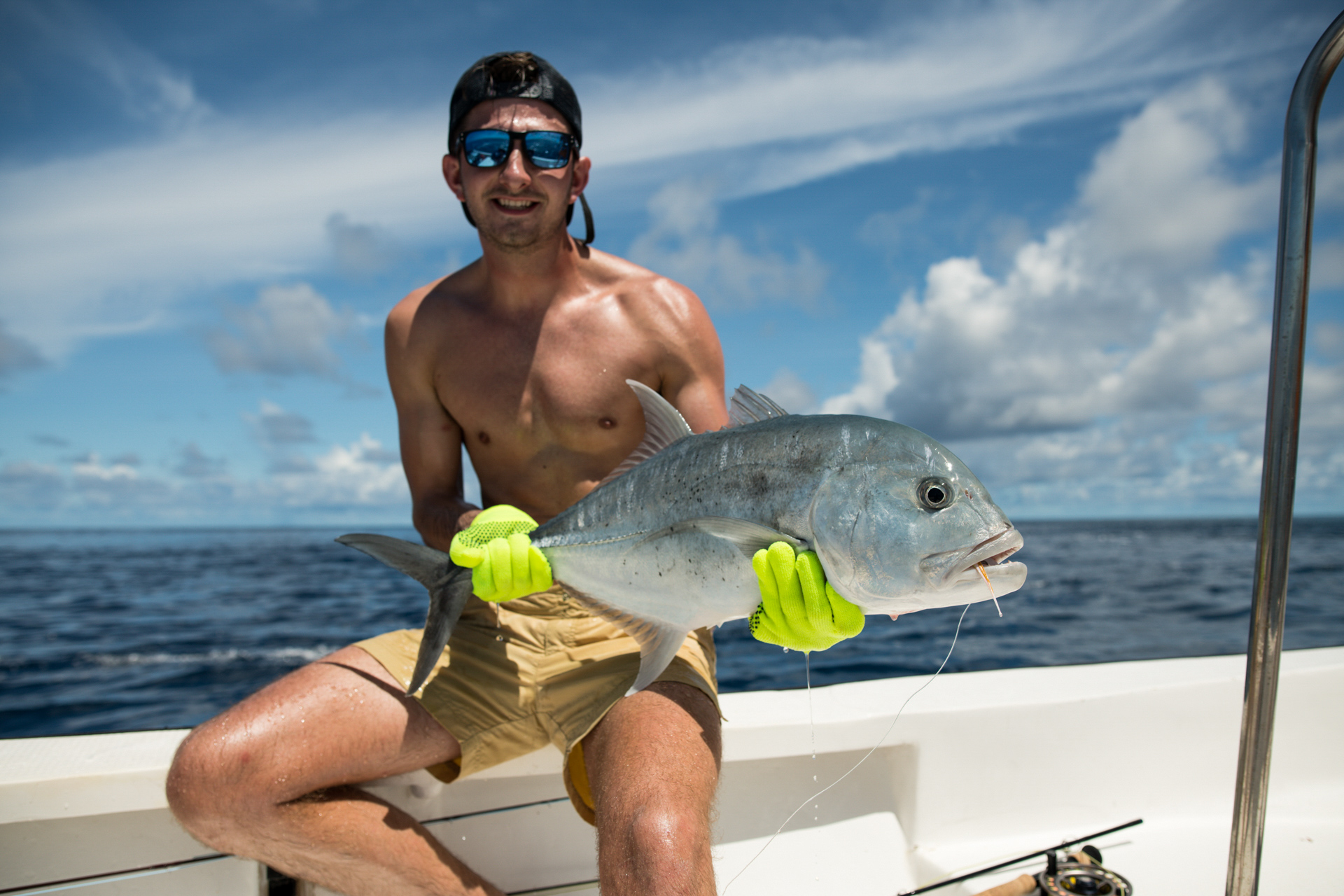