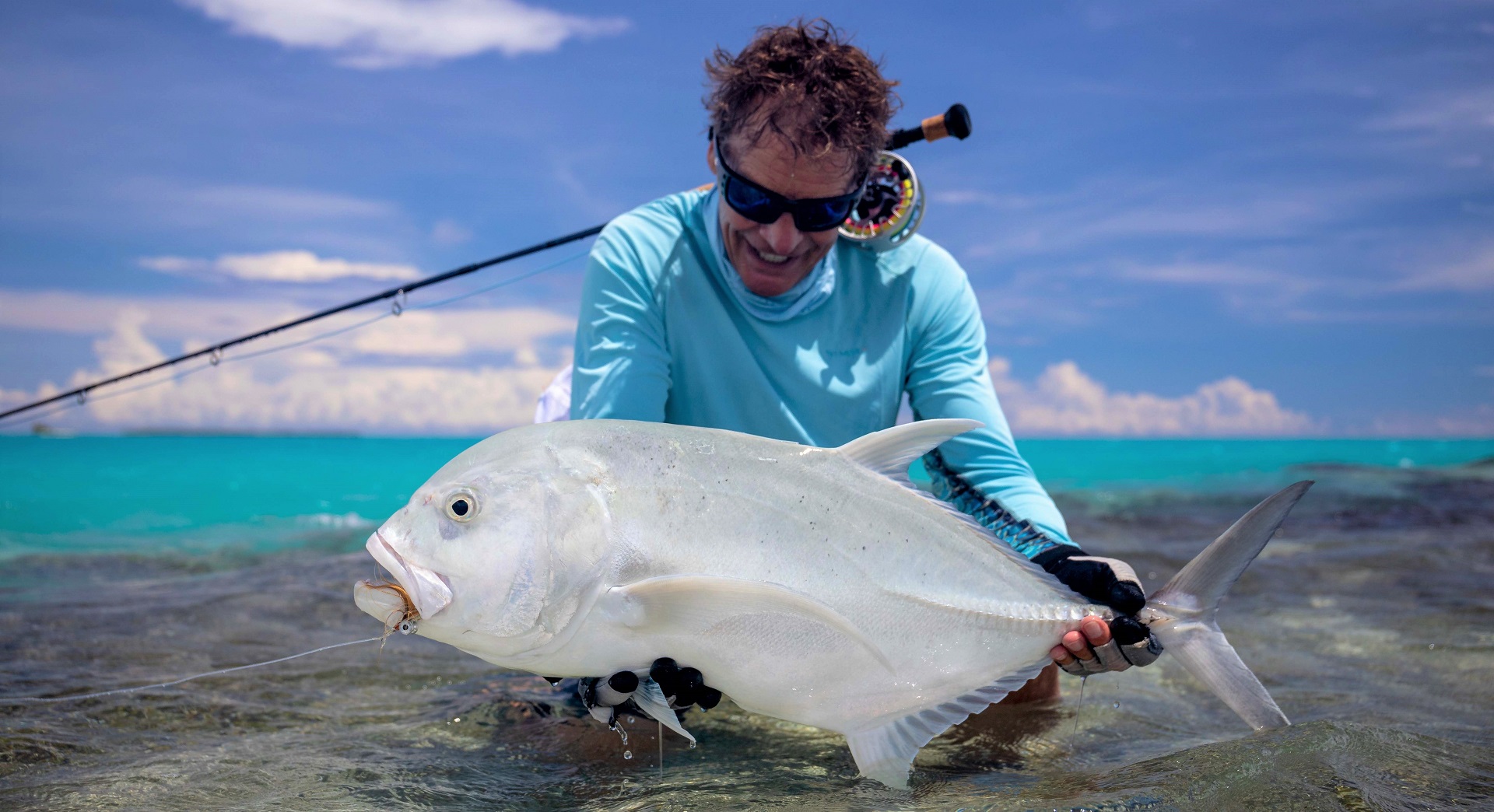 The weather and tides worked together extraordinary this week, as we hit the full spring tidal cycle, and set a perfect playing field for flats fishing.

Both guests and guides performed well when opportunities presented themselves resulting in great catch numbers. The atoll was alive with multiple Giant Trevally “rat packs” present and feeding fish in and around the surf lines.

Ron Benck, who continued his stay with us, had another cracking week. He completed a flats slam with a 100 cm GT, a massive Moustache triggerfish, and while fishing for bonefish, managed to land a Permit. That is truly an amazing slam!

Further, in the week he hooked and landed a Milkfish on the outside Alphonse channel, and tussled in a very special 77 cm GT that was spotted with its back out of the water on Ignoblis channel. On the same day that Ron got his flats slam, Brian McLean hit the slam as well. He hooked a very aggressive Moustache triggerfish in the surf, a Giant trevally off a cruising ray and a bonefish – all between Rattrays and Beirut.

Guests had multiple shots on Giant Trevally each day and Alex Hirst made the most of it. In one day he caught an 85 cm GT fishtailing on the turtle grass inside Small Wreck and an 80 cm GT off a ray on Crossroads.

On the bluewater side, four Wahoo, five Yellow Fin Tuna, one massive Barracuda and a Sailfish were caught.

The fishery is still firing on the flats of St. Francois and guests landed 15 GT’s that guides were able to tag with microchip PIT tags (size range from 60 cm to 100 cm).

Returning guests Bo and Kaijsa also landed twin GT that both underwent a small surgical process to insert an acoustic transmitter that allows us to track their movements. These two additions are #47 and #48 of the project, bringing us 2 steps closer to our goal of 70 tagged fish.

We continue to work our way through downloading the data from our network of 75 underwater receivers and so far a preliminary look at the data is fascinating! Stay tuned for more updates on how these ‘gangsters of the flats’ are actually using the flats. 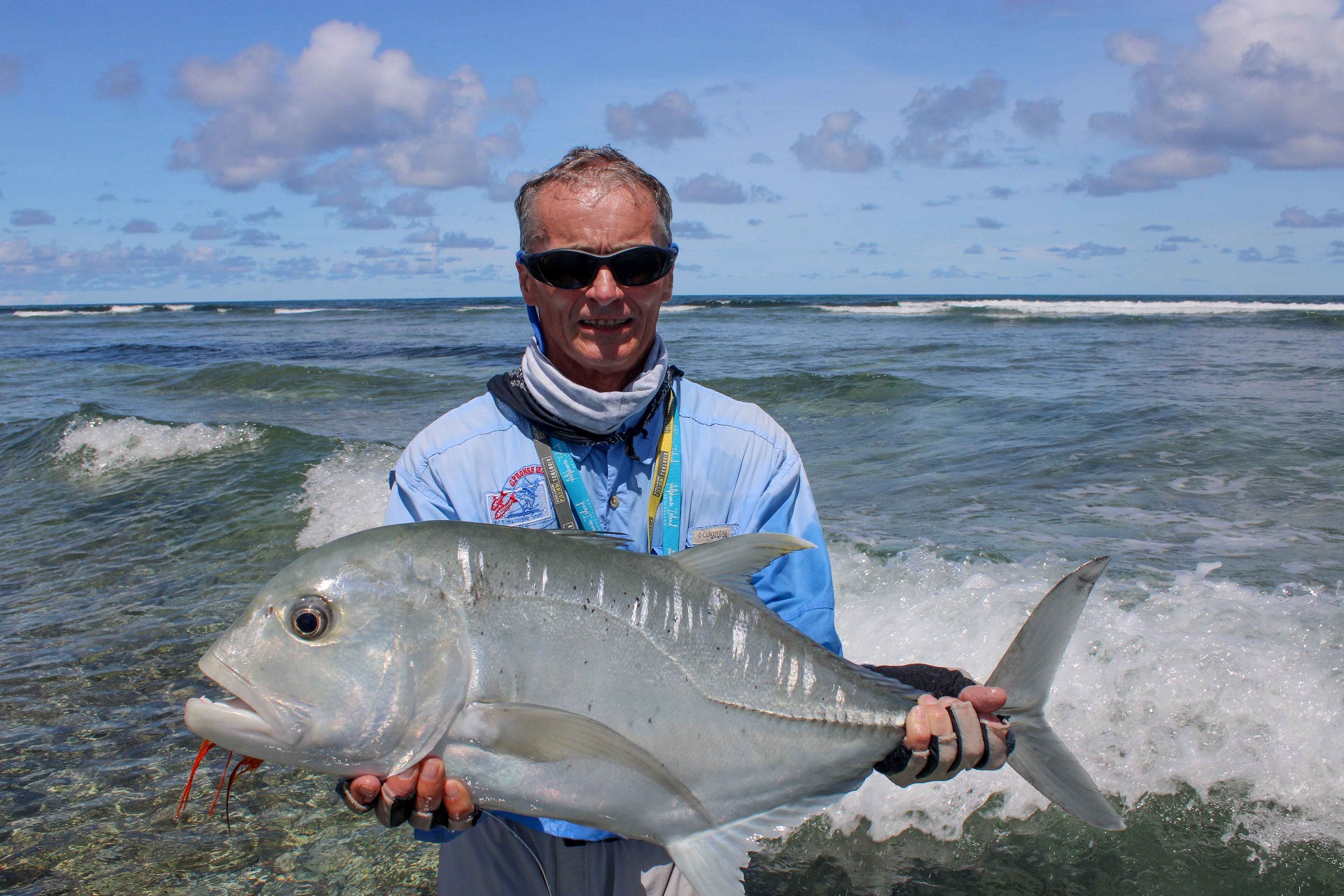 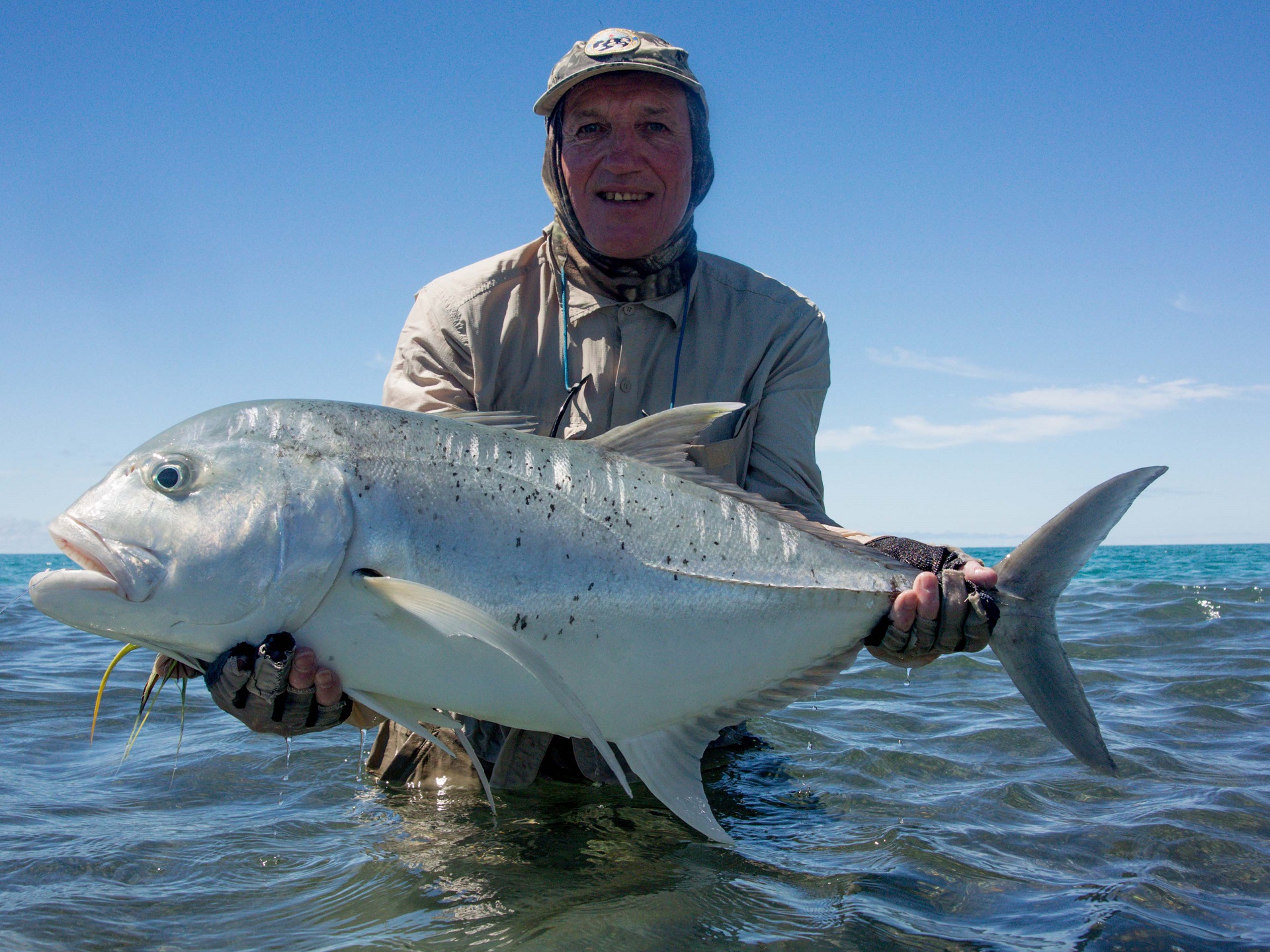 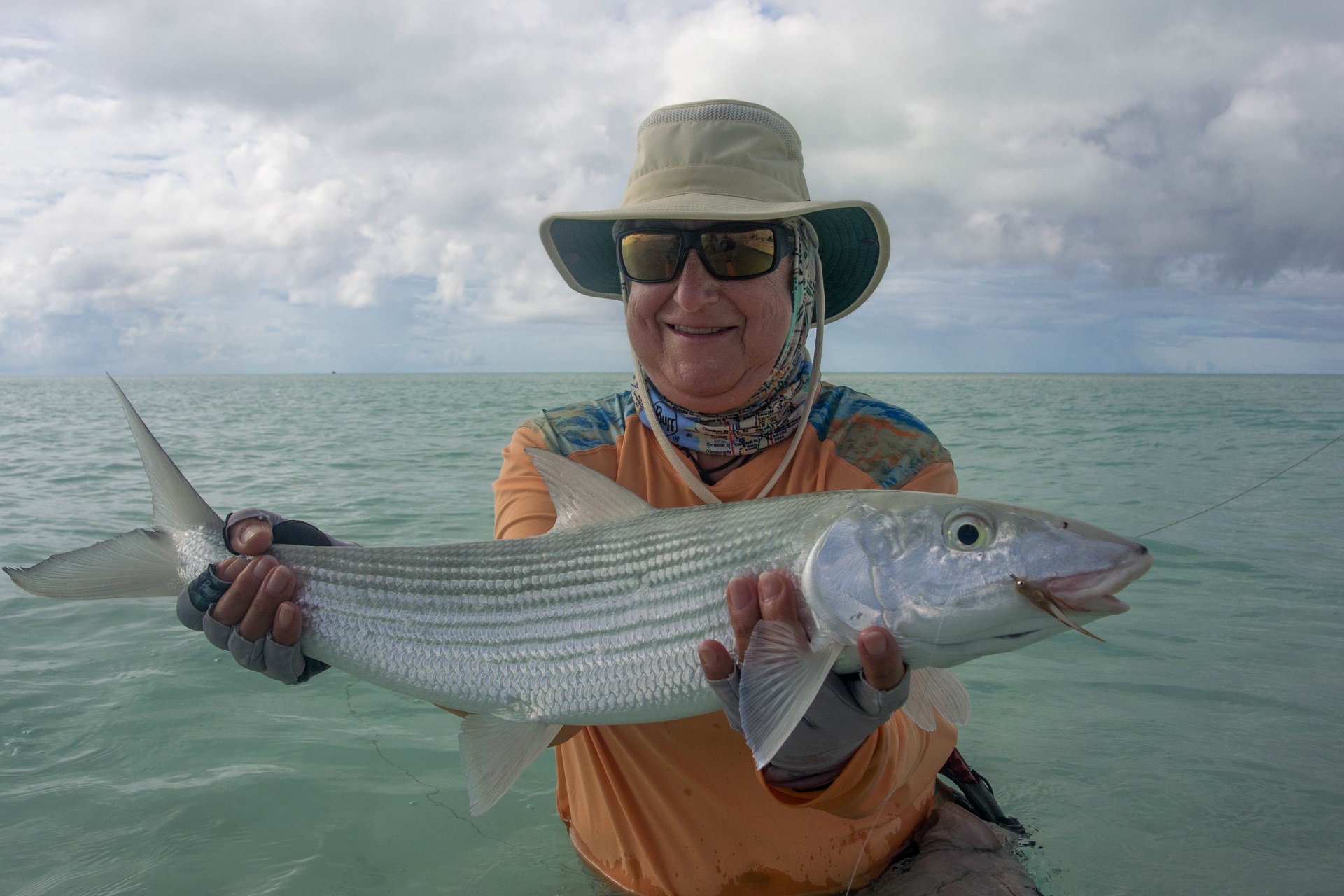 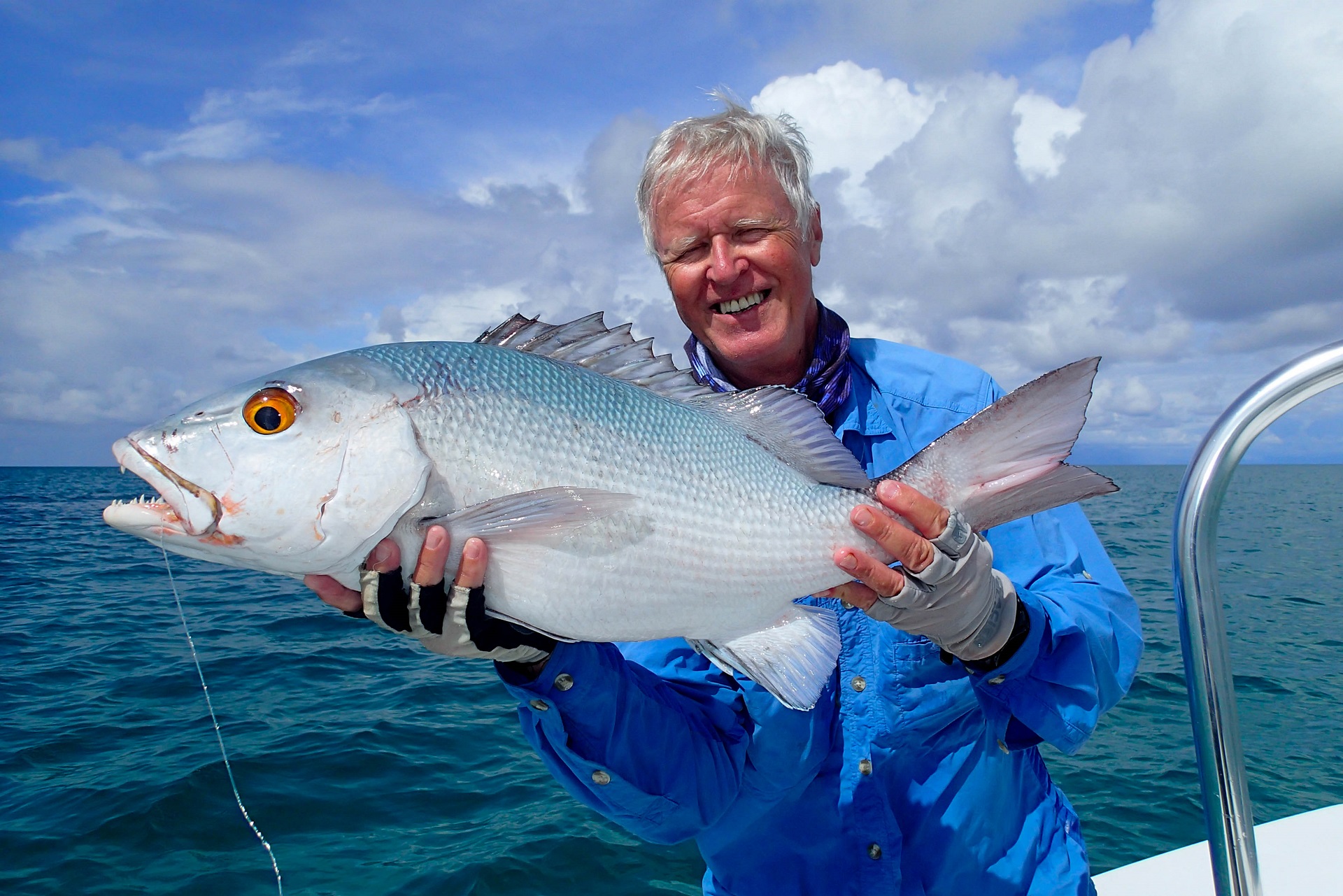 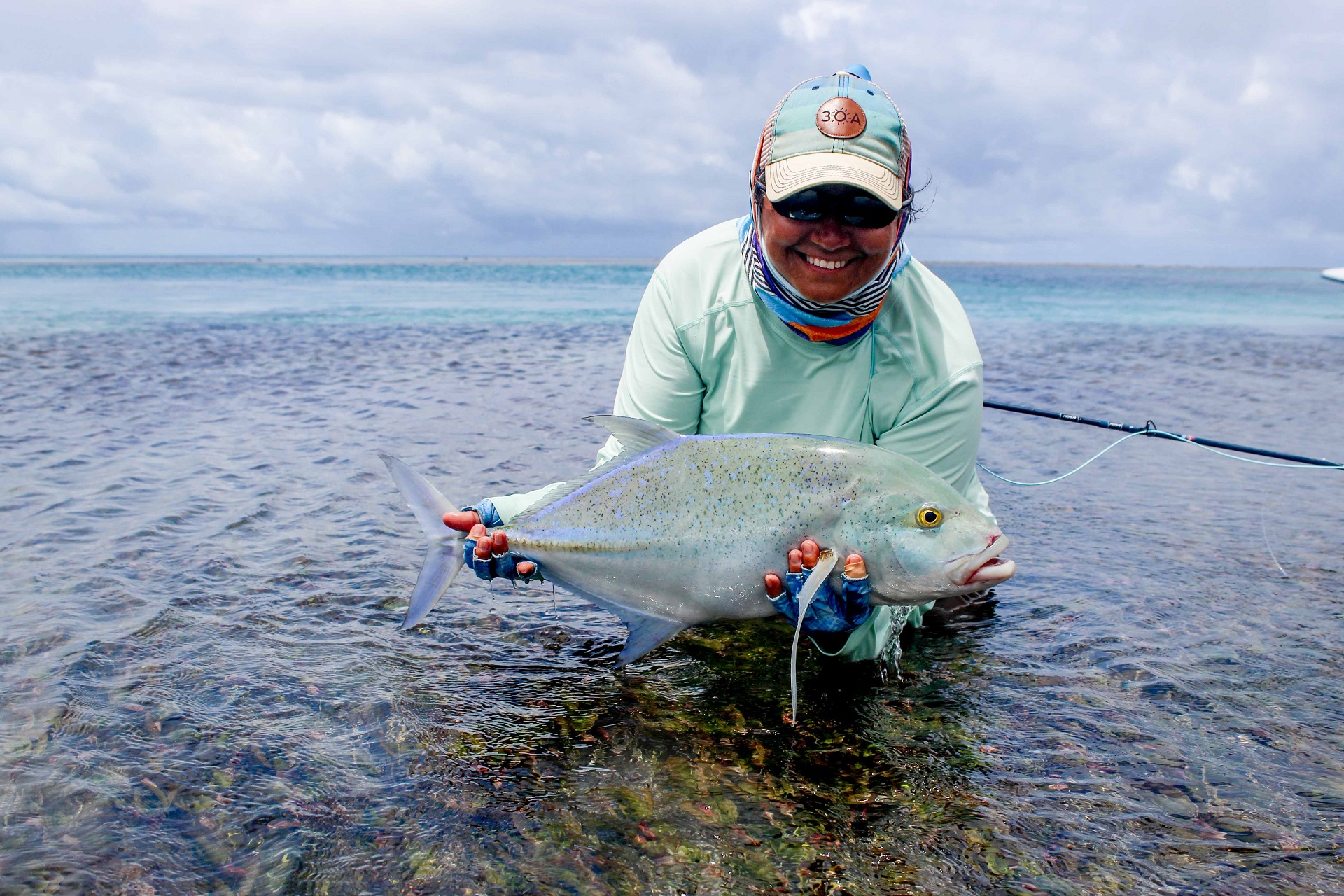 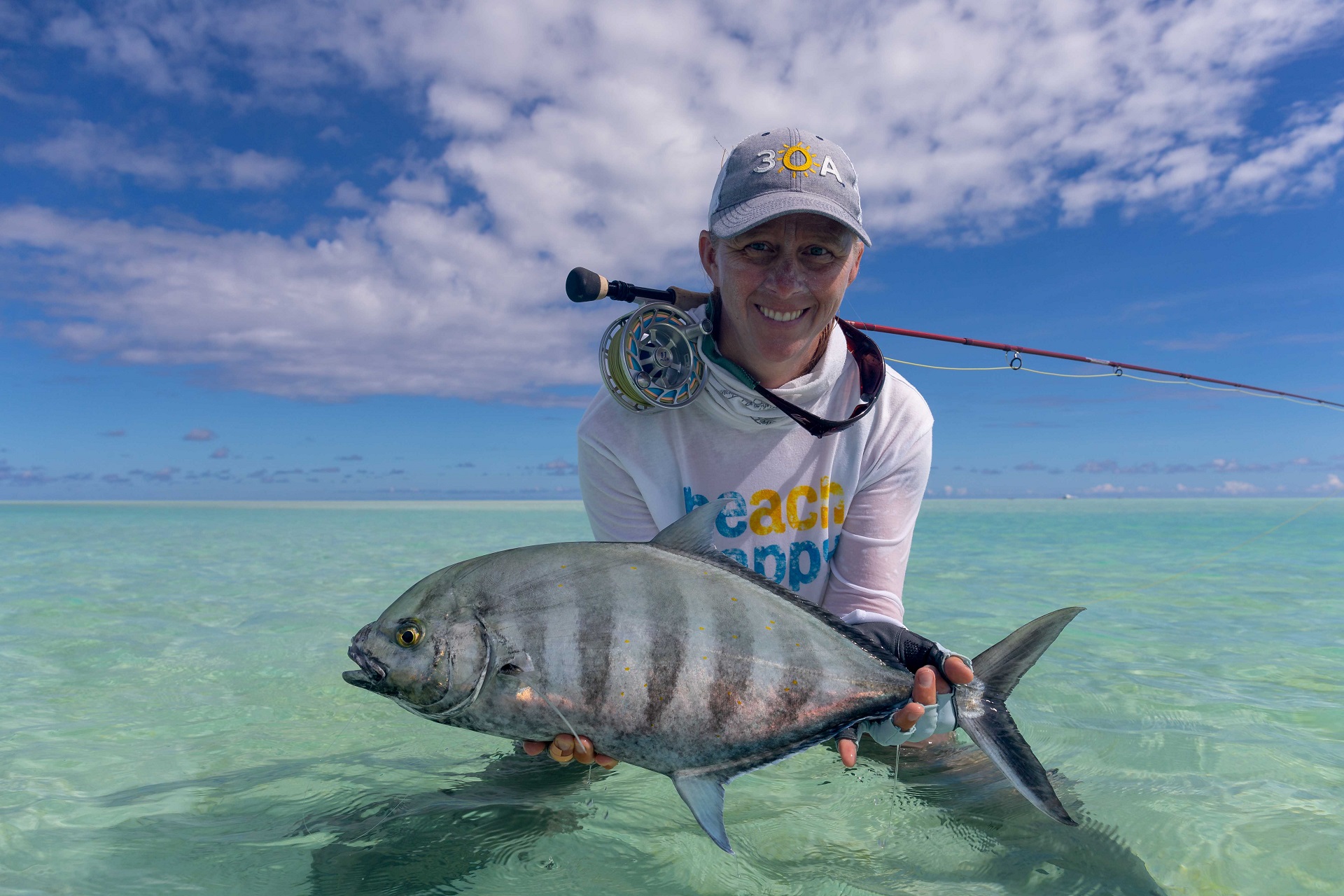