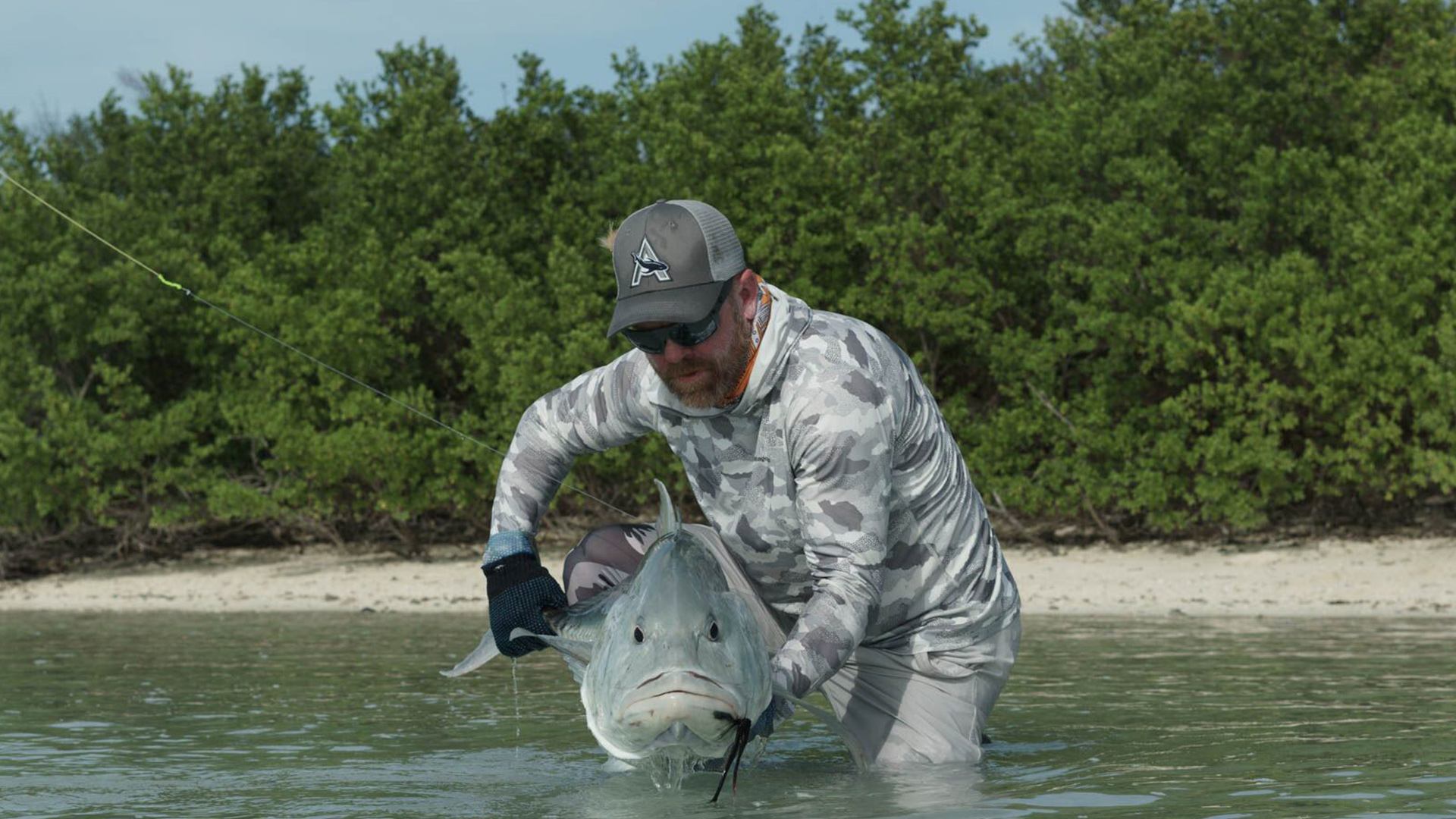 The week started at the tail end of a cyclone which blew the lodge around but survived with no damage. Unsure of how the fish where going to react after such strong winds from all direction and a massive swell, the team was nervous but ready to get out on the flats.

To the guests and our amazement, the weather turned into some of the calmest and hottest days we had experienced on Astove Atoll. Spring tides and flat seas had everyone on the outer edges of the atoll looking for those aggressive hungry GT’s.

The opening day yielded some amazing results with everyone in the group opening their account with at least two GT’s. David Williams landing the most impressive fish of the day measuring 94 cm.

Day two and the weather and the fish didn’t disappoint, Samuel Parkinson and Keoni Kauwe where straight into the action on north point seeing fish on rays, fish on sharks and multiple fish riding the swell in. After two double-ups on GT’s, Keoni, unfortunately, broke the tip of his rod but was not outdone and still landed two more GT’s on a rod with no tip before his new rod was dropped off. In the settling dust of the giant trevally madness, a group of very large bonefish appeared and Sam was able to get into a huge 70 cm fish.

Derek, Philip and Courtney where down near the mouth and had a spectacle of a push with multiple groups of giant trevally pushing up into the lagoon destroying all the baitfish in their path.

Dave and Zach heard about the action and dropped down from the upper lagoon where they too had multiple shots at some marauding groups of GT’s. Dave again taking top honours with a 92 cm GT.

Dave’s fishing partner Zack had a great start to the third day laying out a long cast and convincing a brilliant 99 cm GT to eat within 30 minutes of the day.

Philip who was having a slow start changed that by the afternoon landing three GT’s 74 cm, 86 cm, 90 cm and a wonderful giant triggerfish in a slightly unorthodox fashion on the cliffs. The trigger eating in very deep water and simply sipped the crab pattern up like a dry fly. Philip completing the slam by sneaking a bonefish just before mooring the skiff.

The rest of the week continued to be amazing with continued GT action and multiple species caught, Zack landing a yellowmargin triggerfish and Keoni landing an awesome 25 lbs milkfish were just a few of the other fish to mention 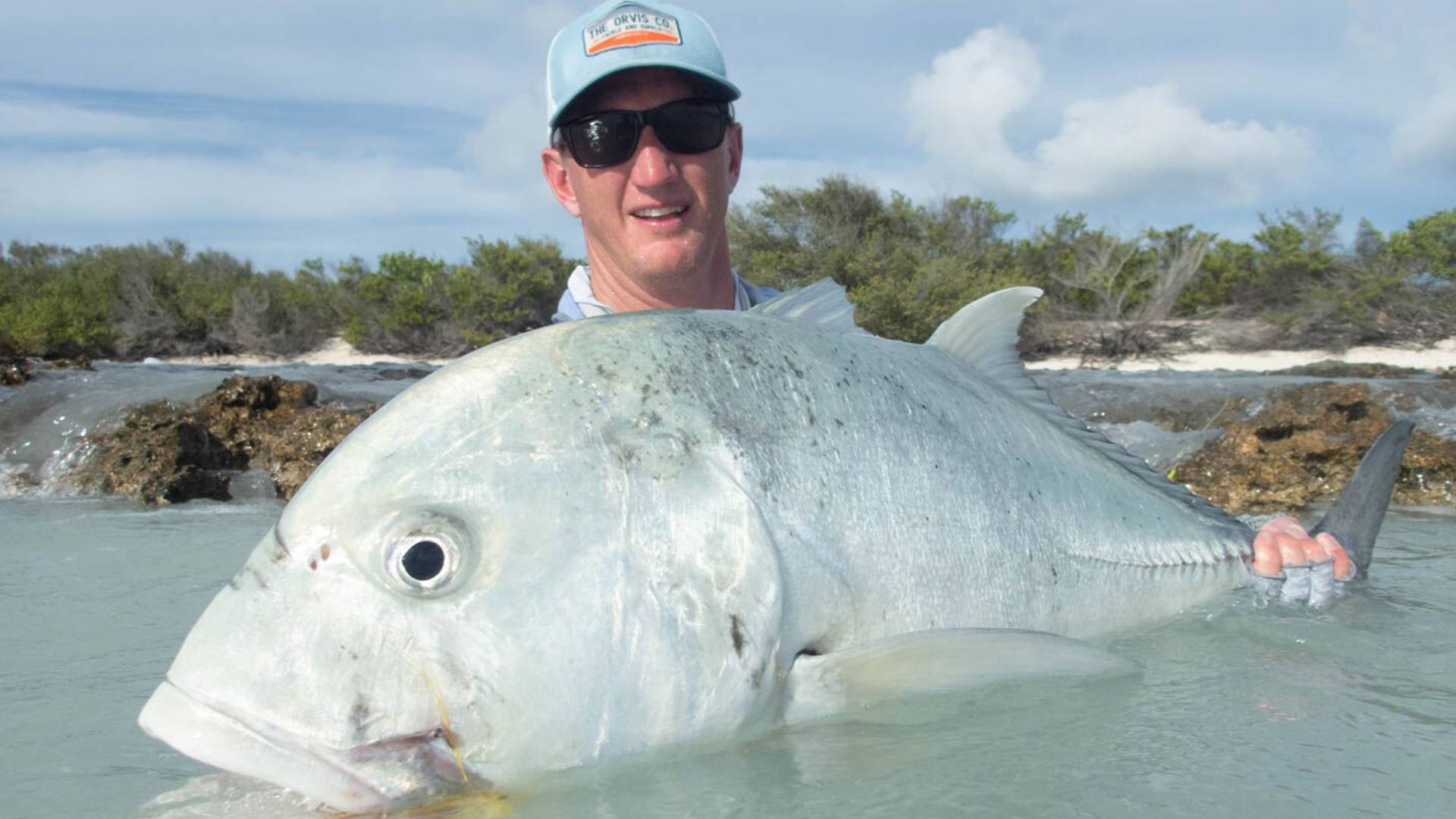 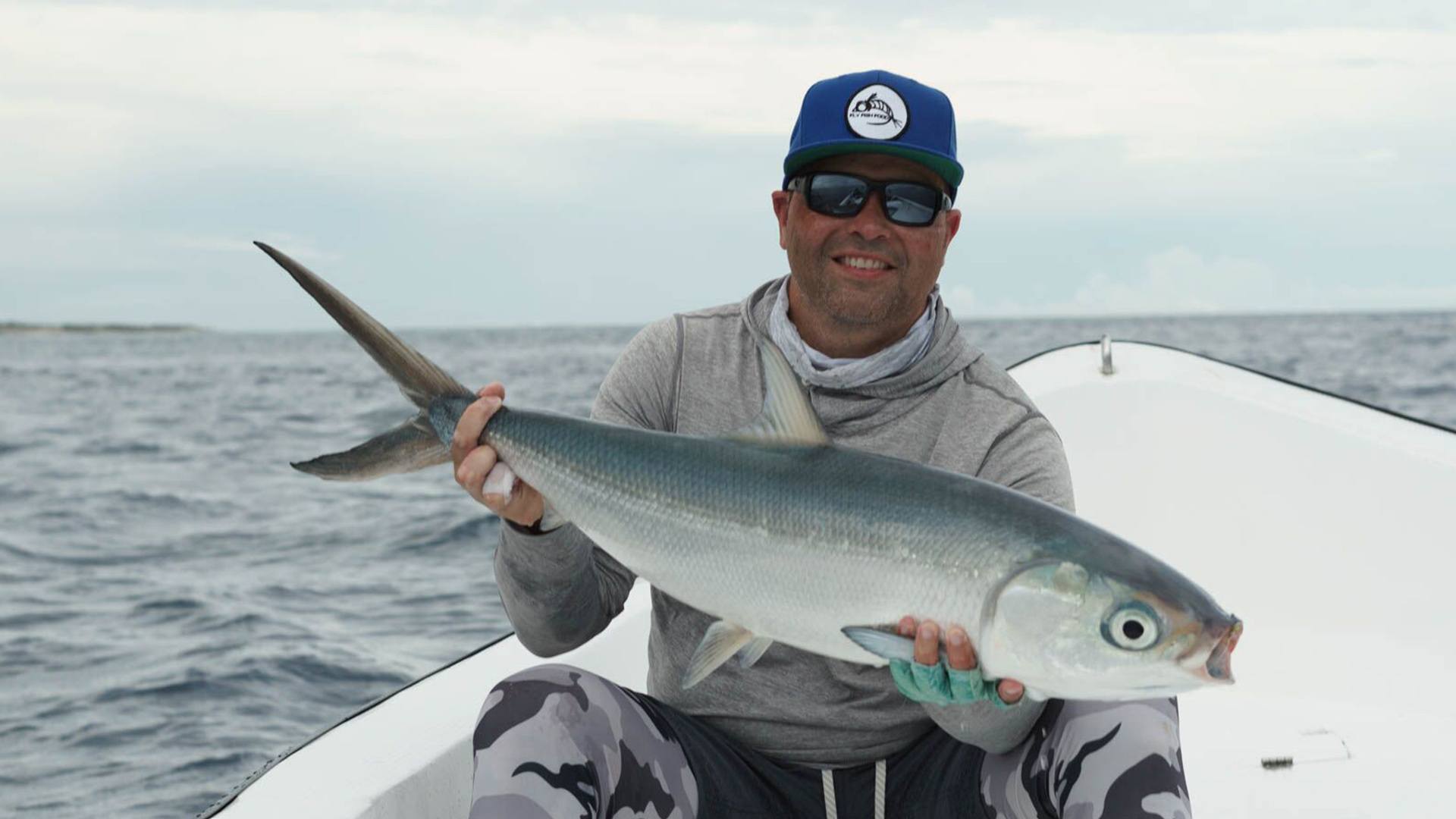 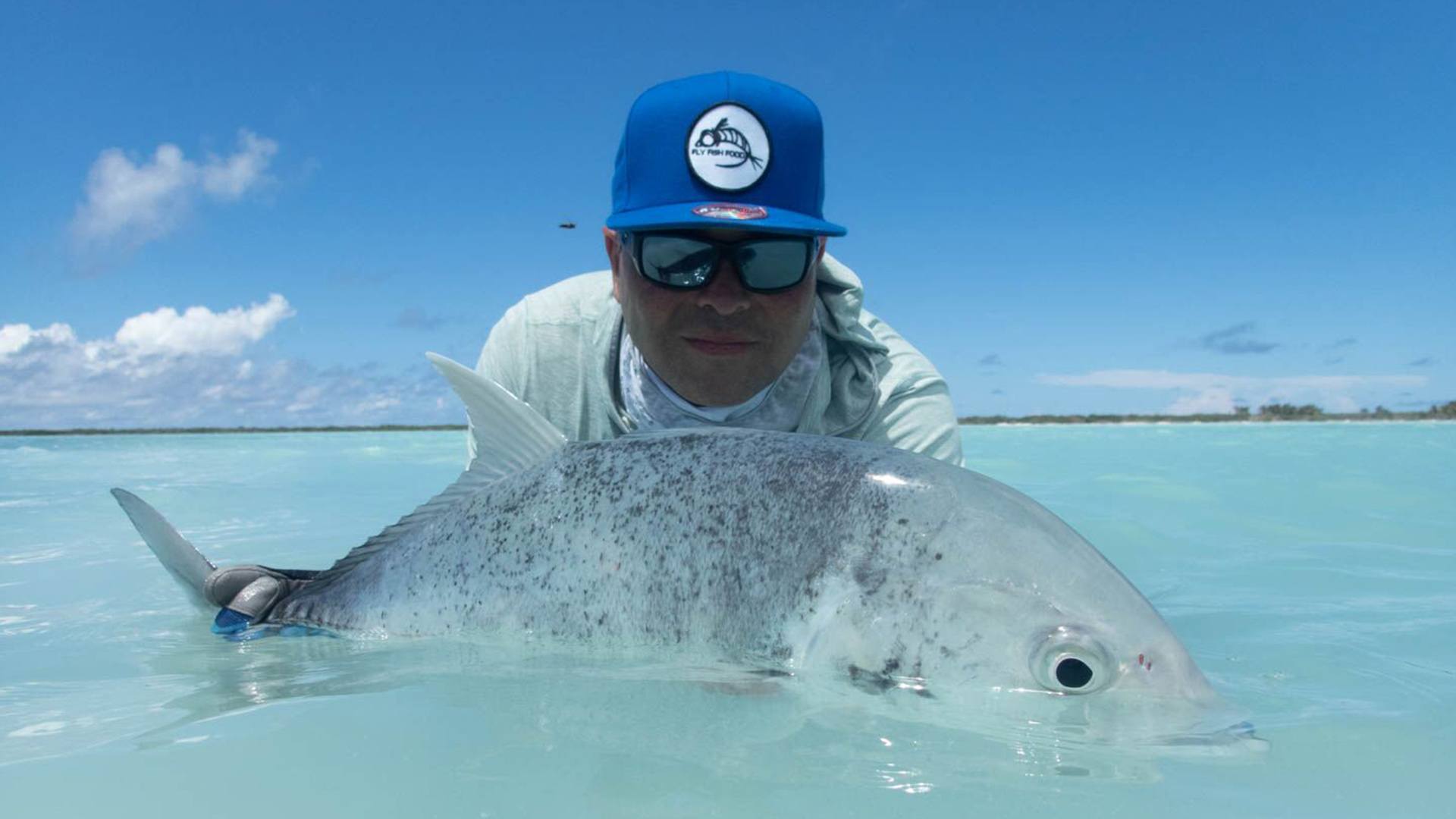 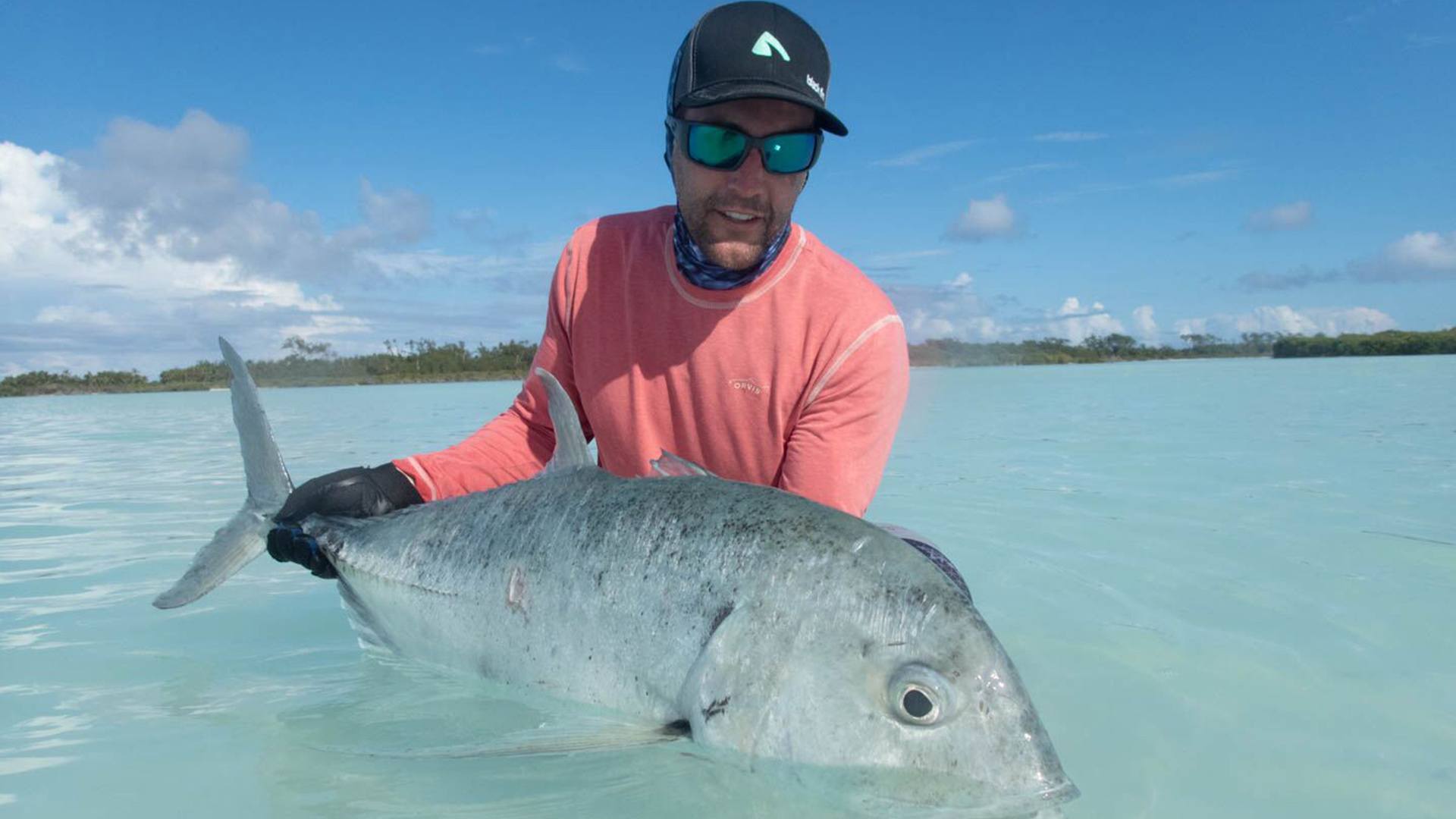 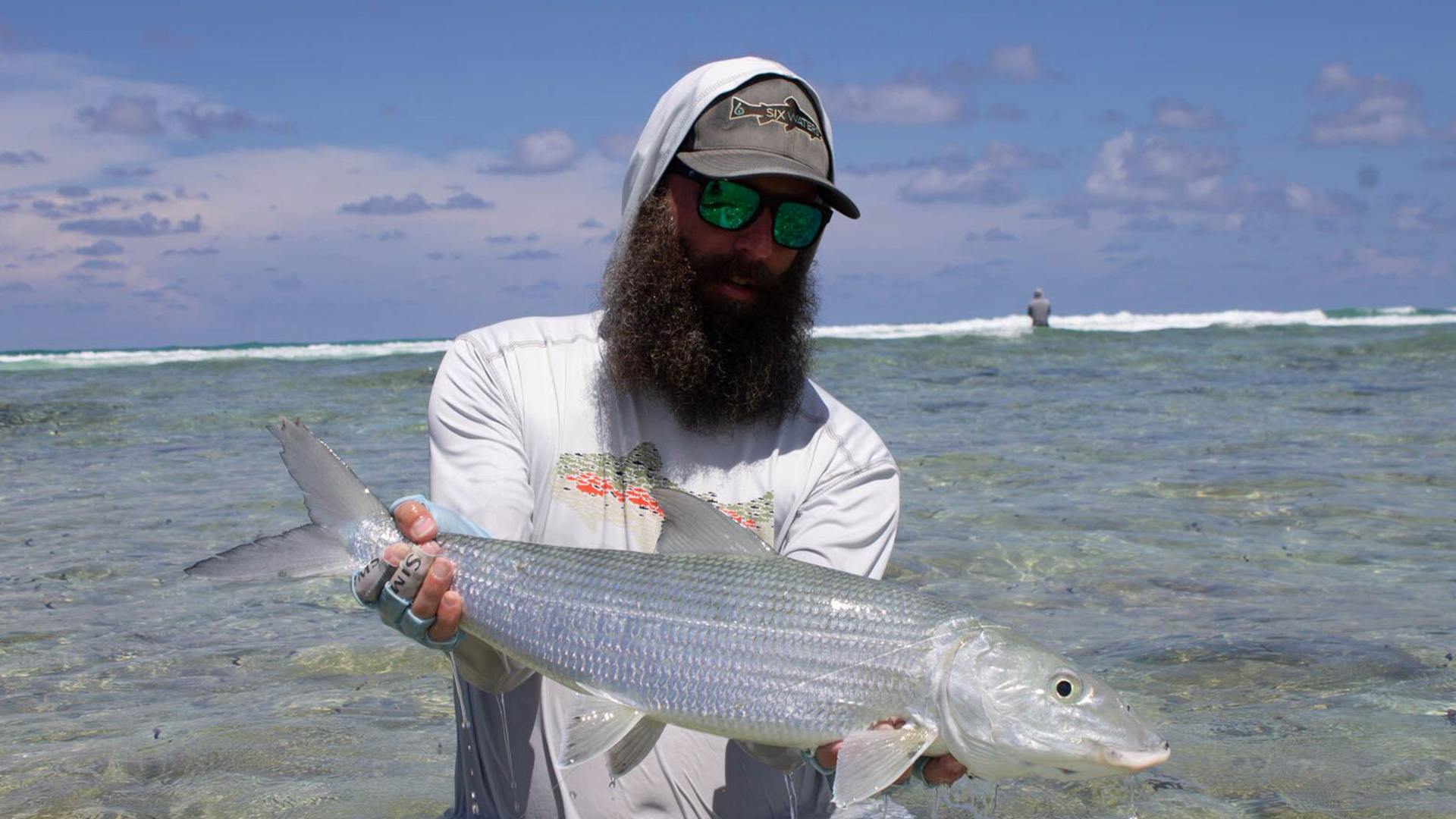 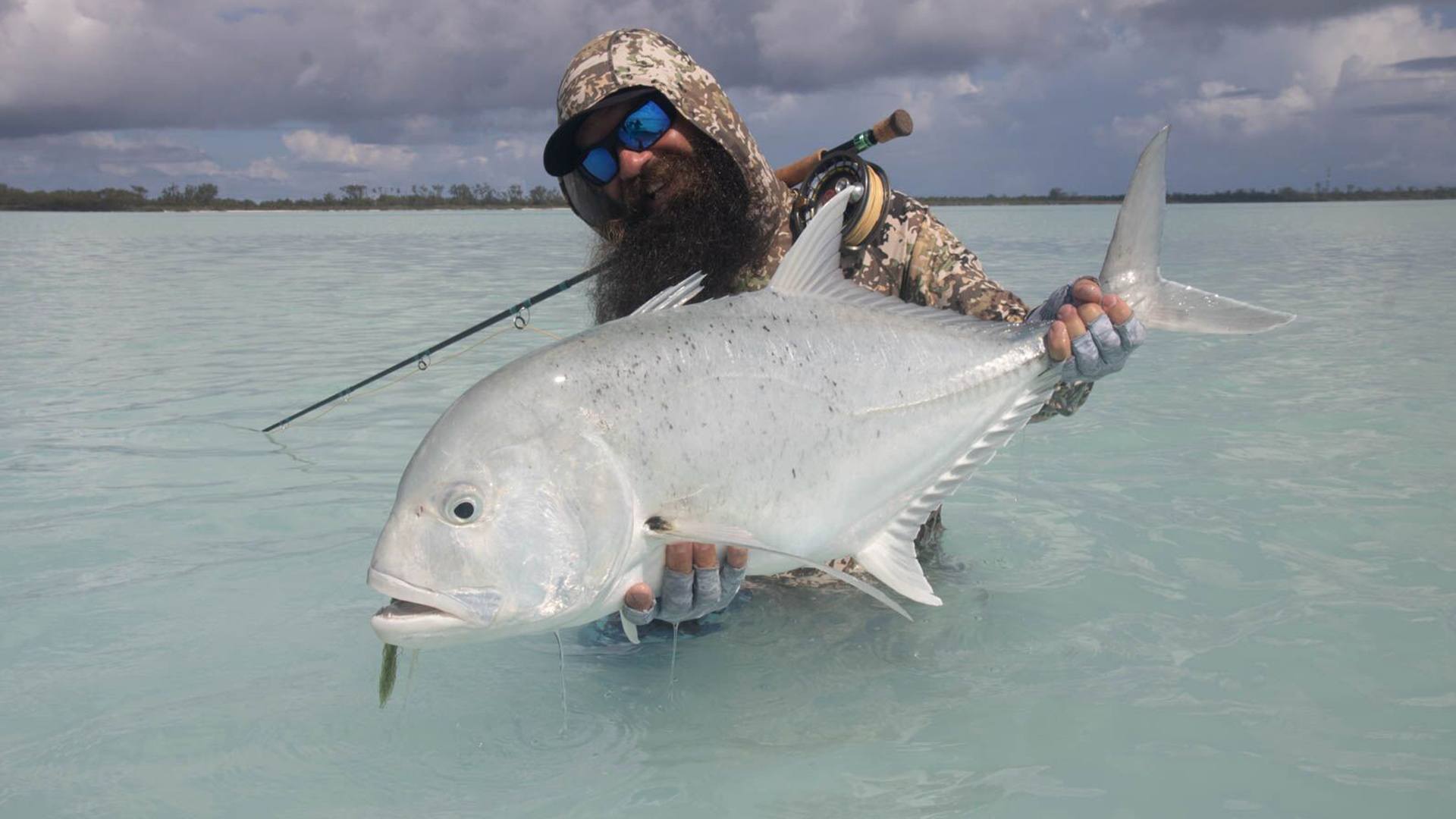