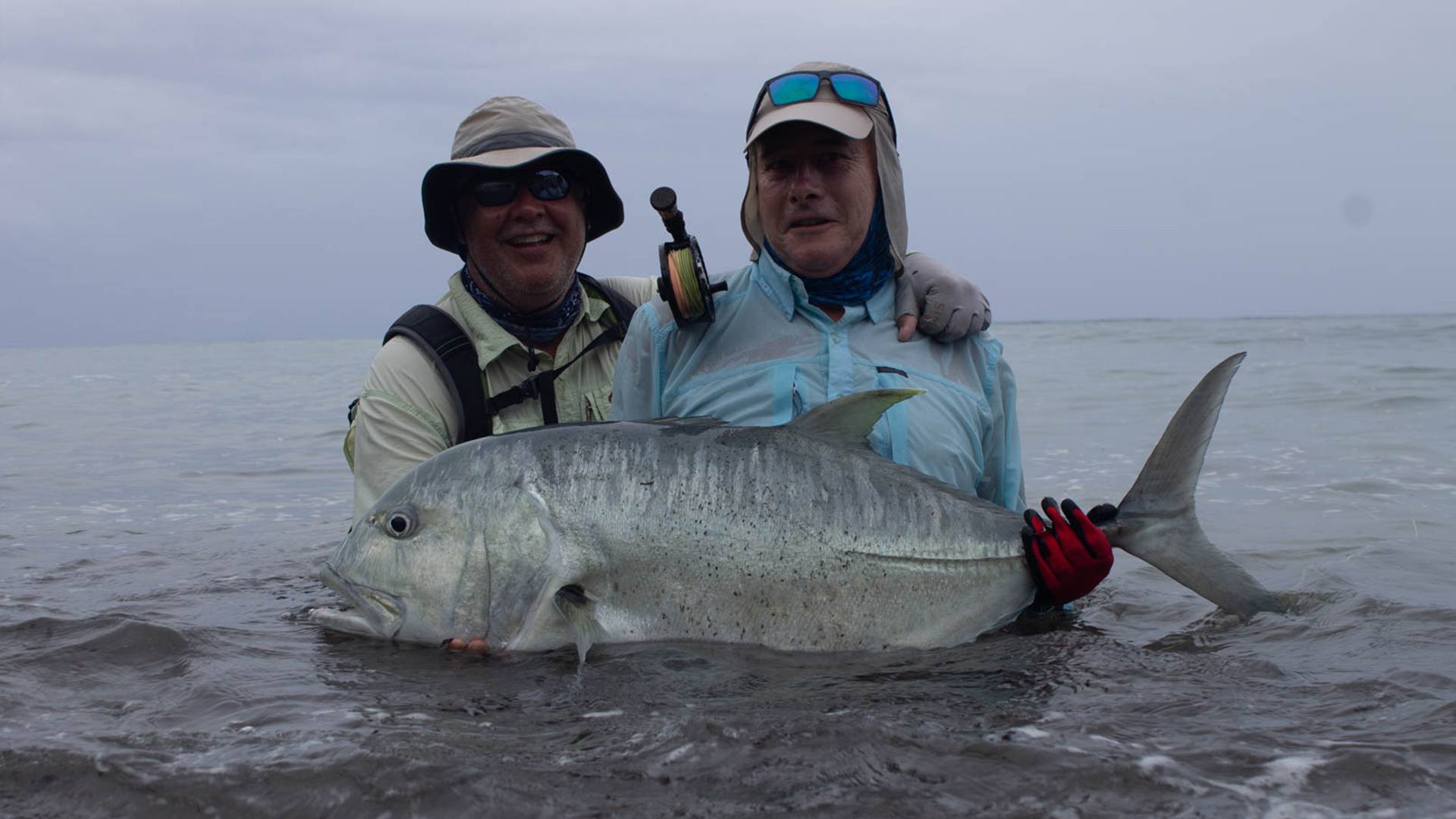 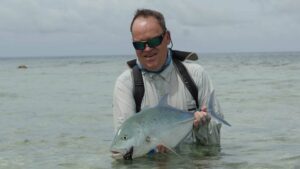 Week three approached with the first full camp for the season, for the guests it was nothing new as they were all repeat guests. They knew what to expect and on the first day wasted little time at the lodge, eating some lunch, finishing tackle set up and hitting the water. After the first day’s practice session the guys were ready for the first guided day to start.

The spring tides this week meant lots of water and lots of walking, the group spread out on the outer areas of the Atoll, seeing good numbers of GT’s and triggers. Tom Borman and Mark Priestly came out on top for the day, with Tom landing a 70 cm GT and Mark a 45 cm giant triggerfish. 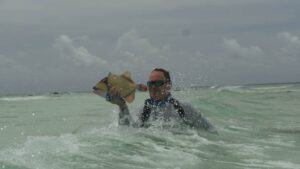 As the rest of the week progressed the weather got a bit tricky with a cyclone hanging off Madagascar, sending us some heavy rain and windy conditions. This didn’t stop the group and as they all got involved the fish numbers went up.

Gabriel Coulter fishing the Seychelles for the first time dominated his species count. By the end of the week, Gabriel had eight different species of fish with an impressive 60 cm bonefish and a 75 cm GT.

Tom continued to dominate the week catching two more GT’s and a very nice giant triggerfish. John Coulter, not wanting to be outdone by his son, stuck to his guns and pushed hard to catch the GT of his dreams. John had a lot of bad luck losing six GT’s before finally on the last day catching the fish of the week an impressive 108 cm GT. 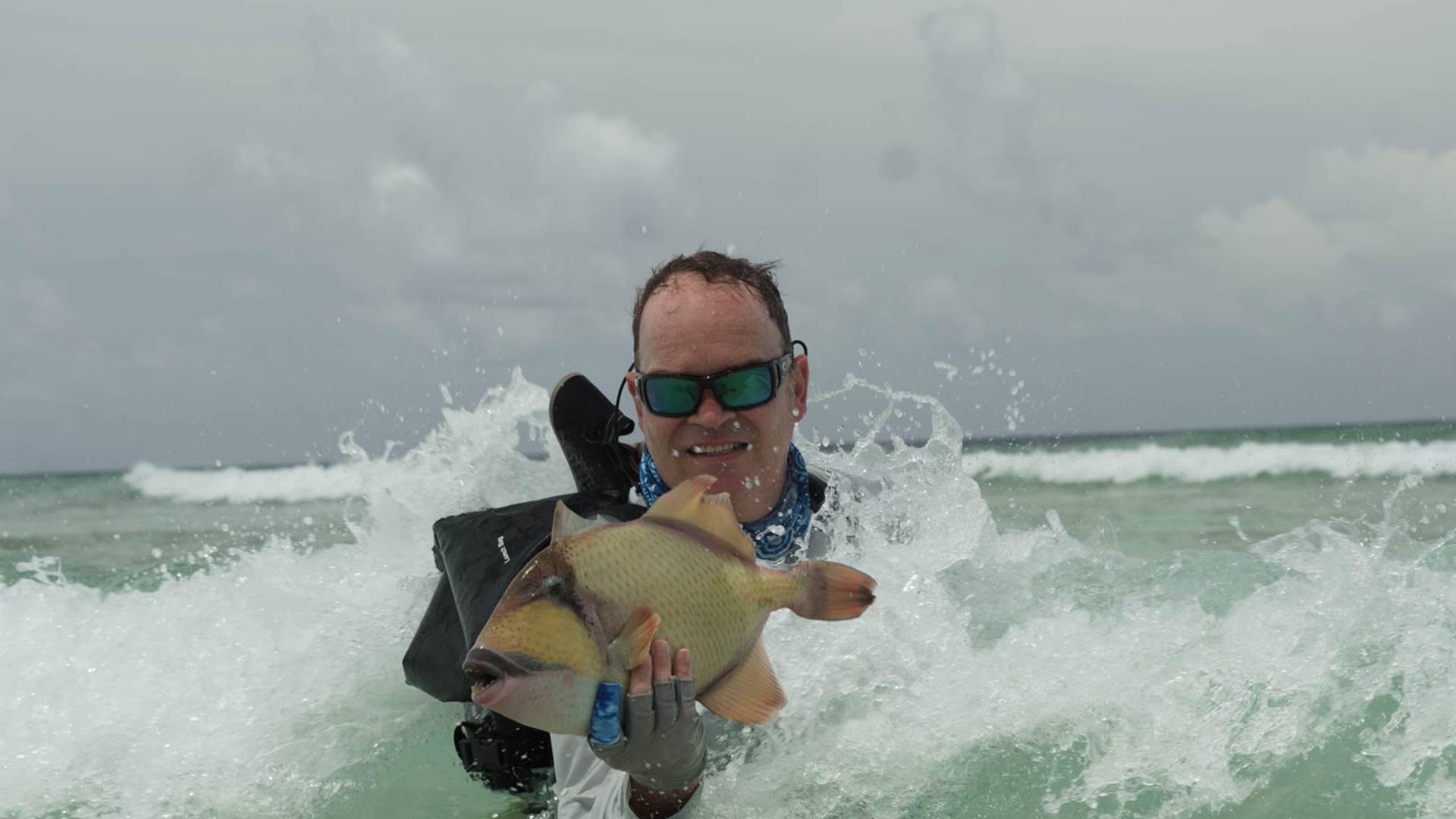 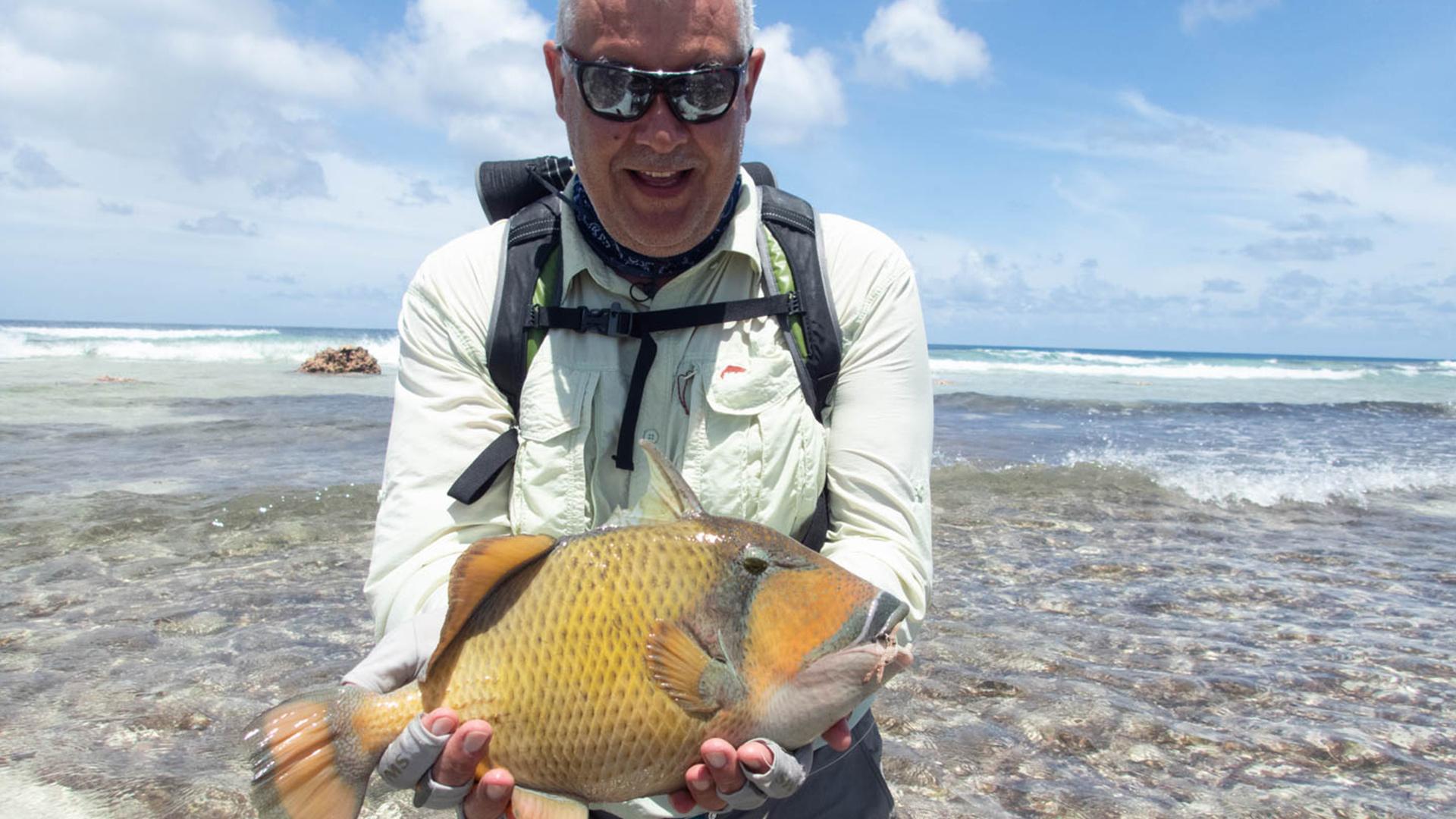 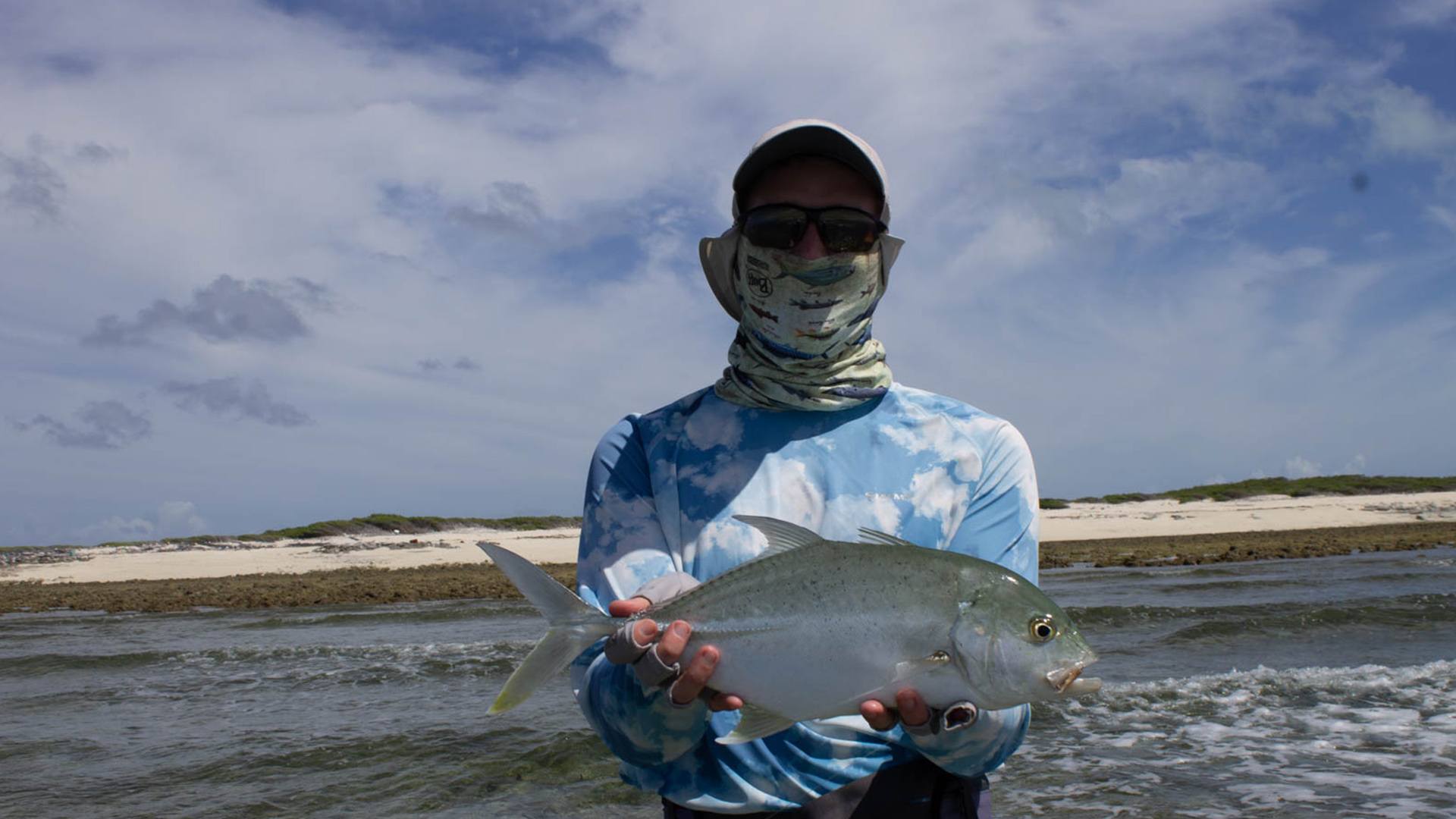 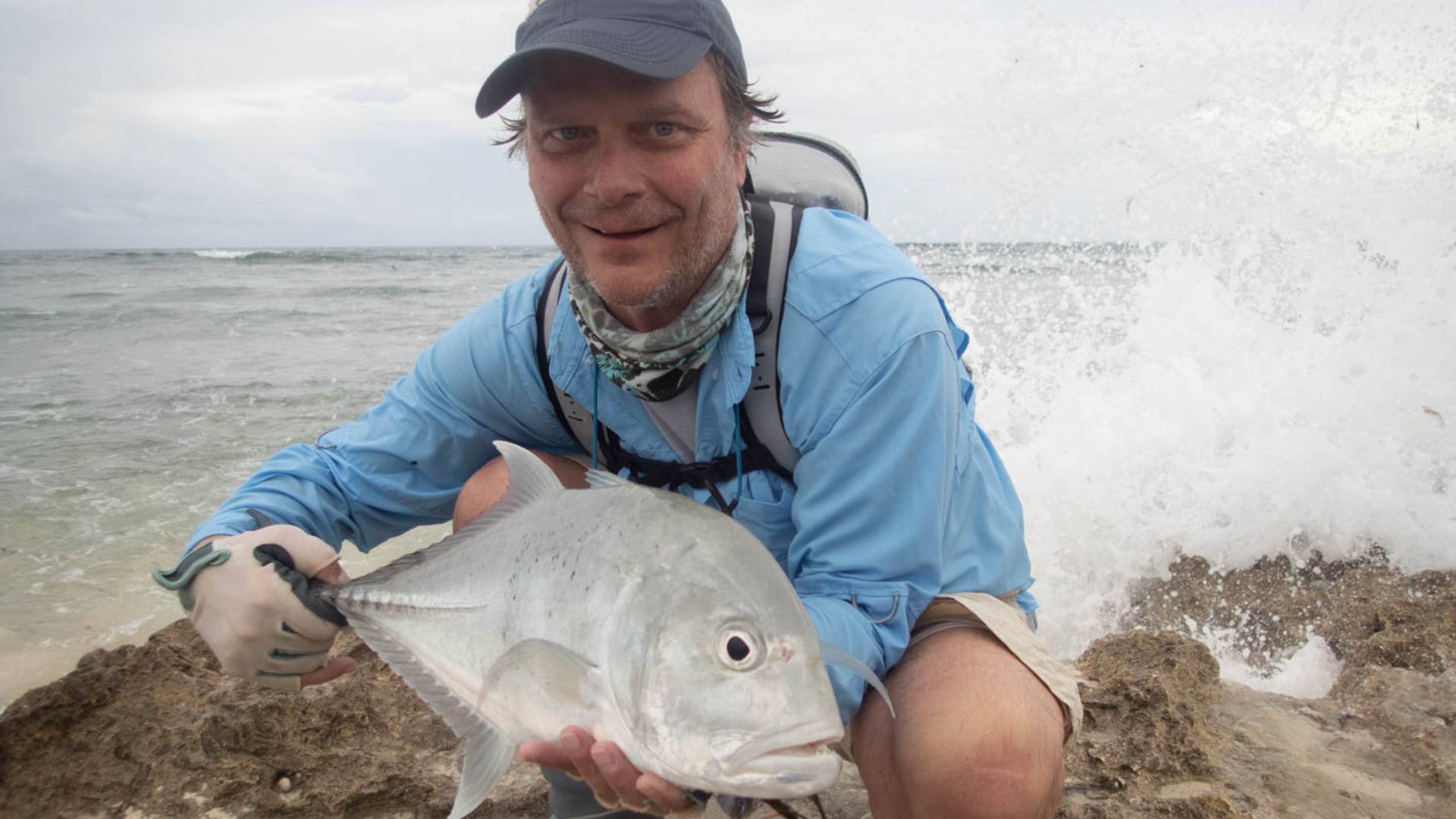 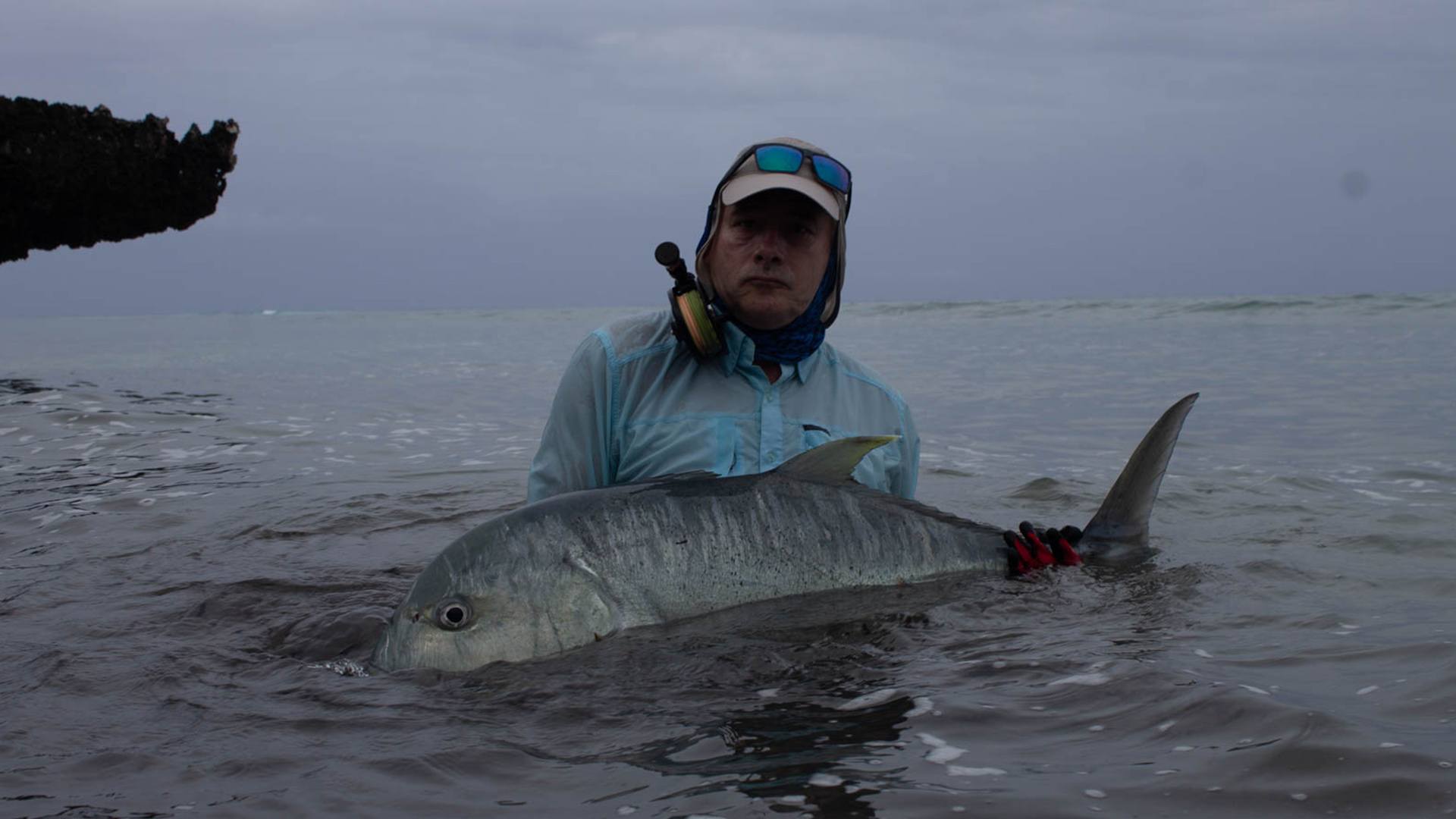 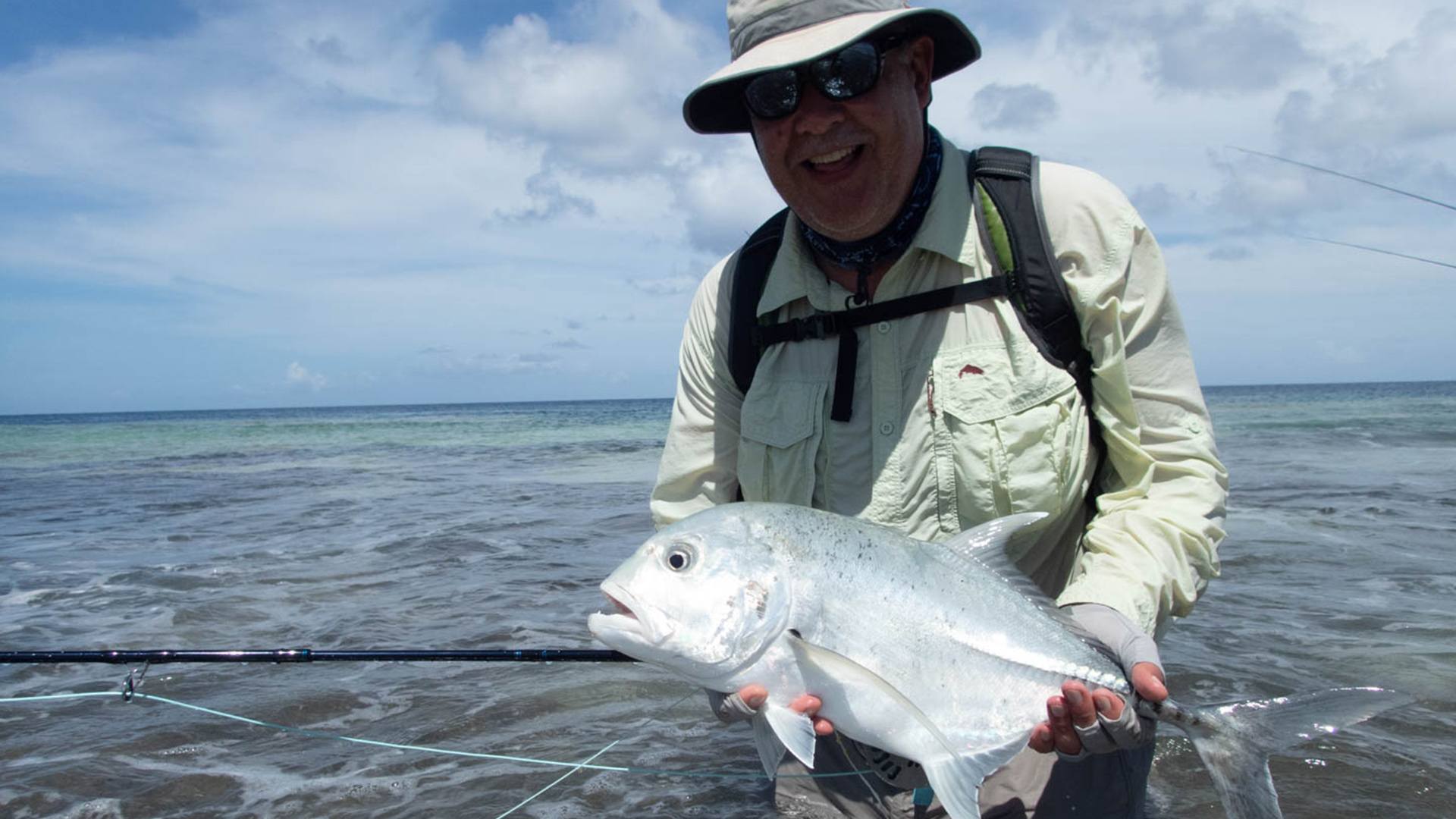 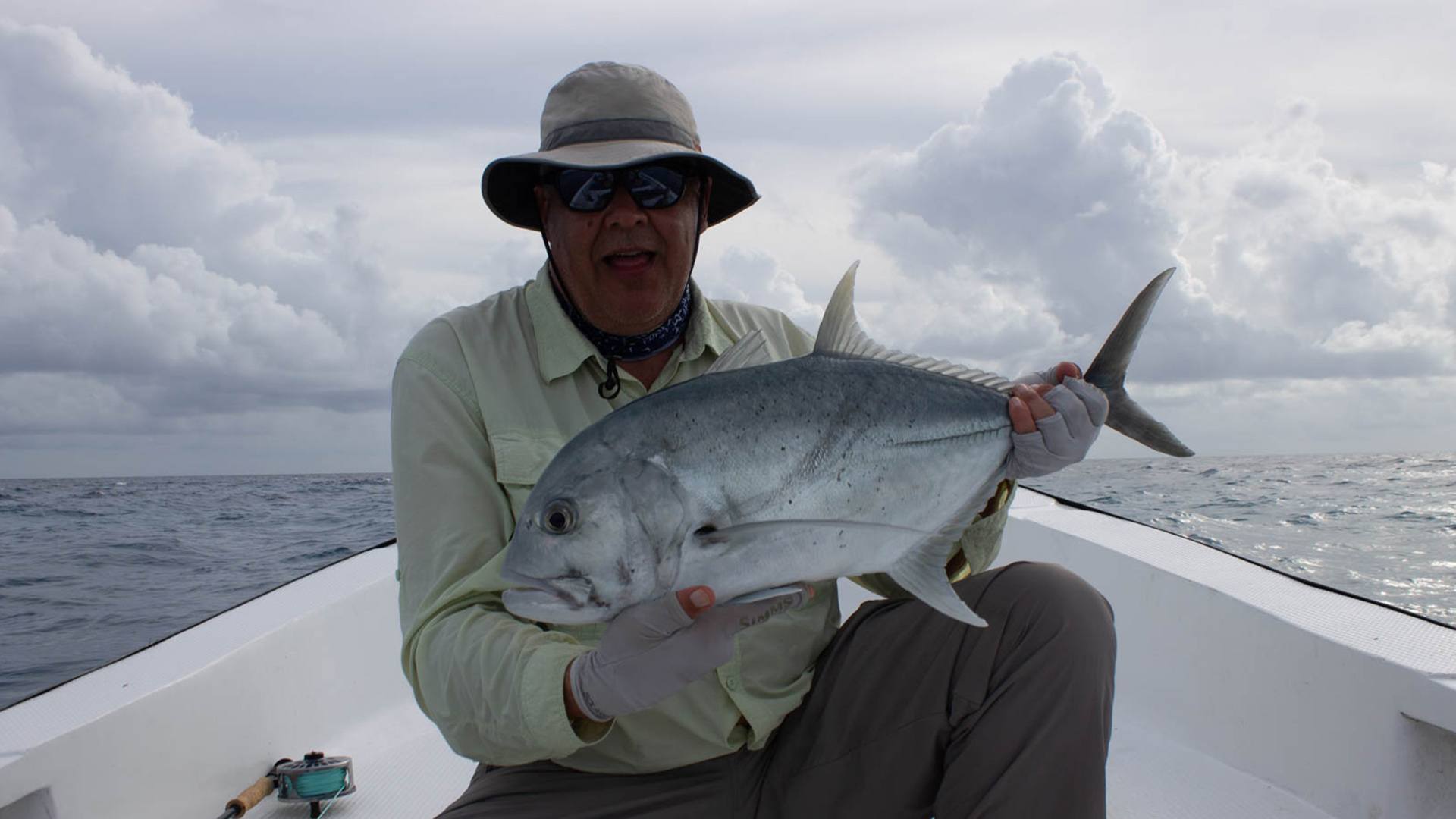 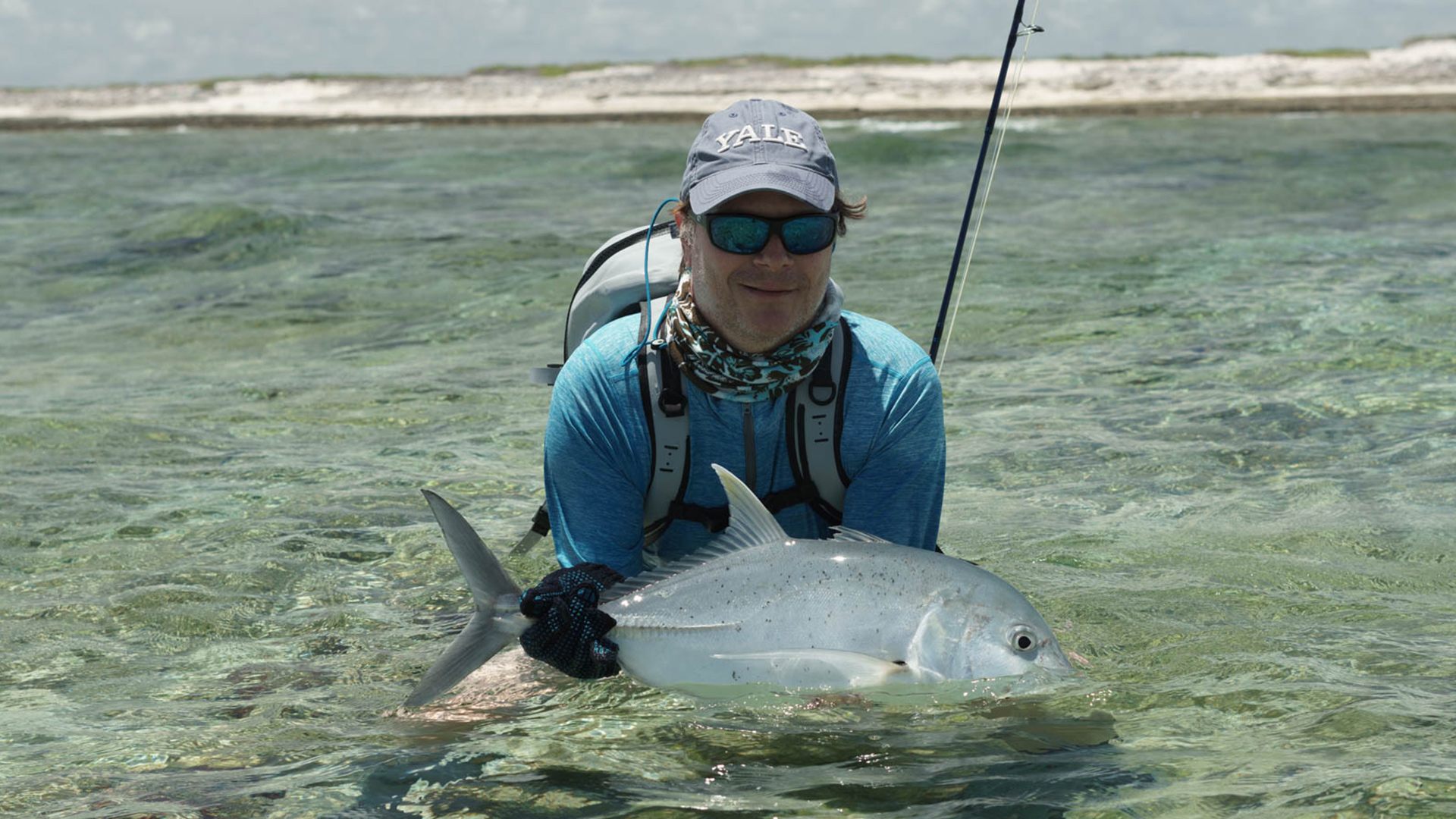