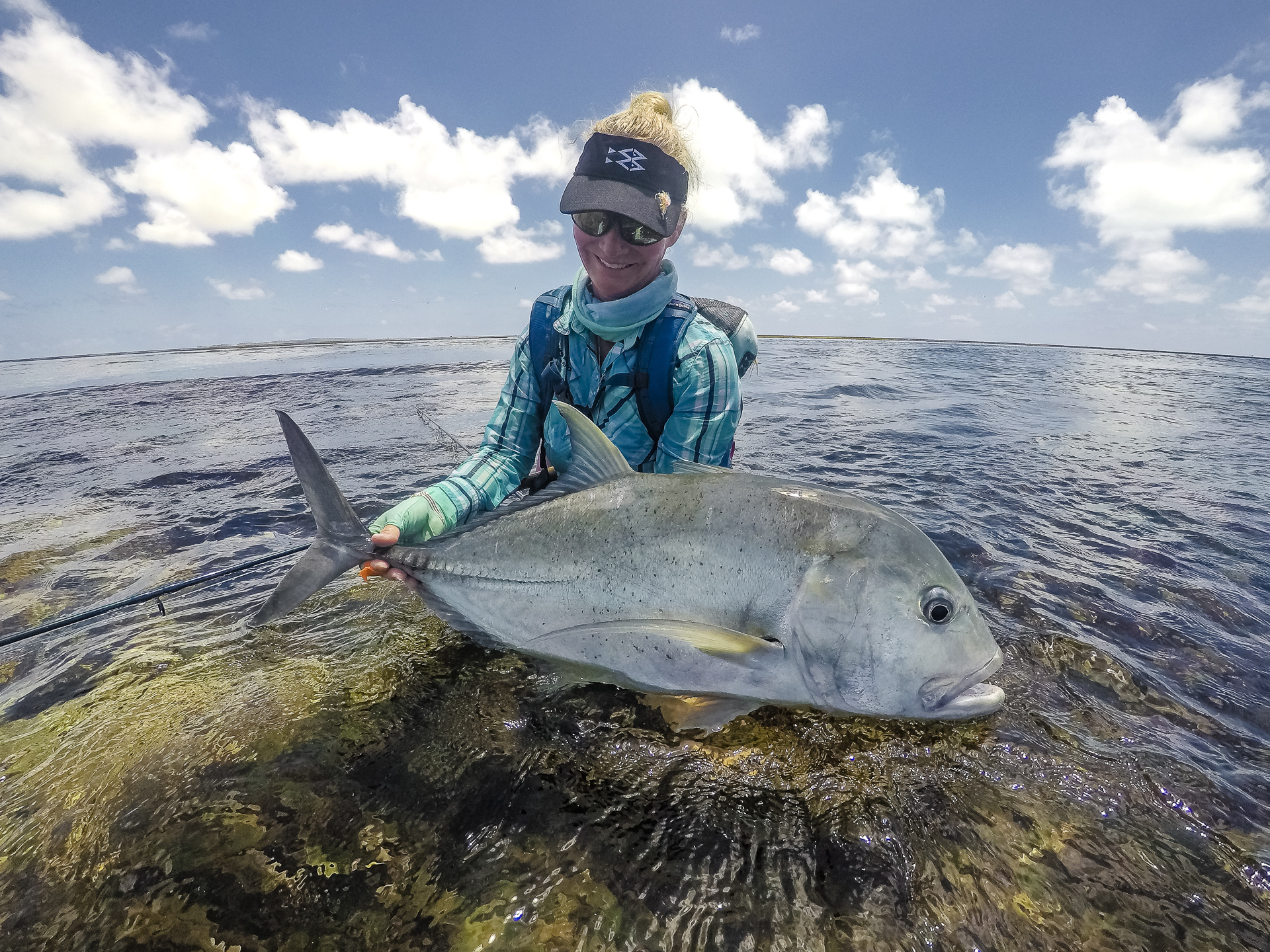 A busy week here on Alphonse with seven skiffs on the water and lots of fish caught. The weather once again was true to form for this time of year with beautiful sunny and windless days. The week started off with a bang on Monday, where large groups of bait were pushed into the lagoon along with an extraordinary number of GTs. The spring-neap tidal change is always good for triggers and this week showed that with seven lovely triggerfish being caught.

Starting with the most sought-after species Dirk, Kirk, Neil, Teresa, Pawel, Nicholas and Jonathan Wildgoose all managed to catch themselves their first GTs. Jonathan Hey, Meredith, Chantal and Brian also all managed to catch some GTs this week, with Chantal being the queen of the flats catching an incredible 118 cm GT, the biggest of the season so far.  Dirk, Neil and Brian all fished extremely well this week catching five GTs each with Brain catching four over 90 cm. The biggest being 105 cm on the last day. Brian also managed to land a yellowfin tuna on a skiff.

Finally, we had two Flats Slams this week, the first being Dirk who caught three GTs a moustache triggerfish and finished off with a bonefish and Pawel who caught two GTs, a moustache triggerfish, both of which were his first, and lastly a bonefish. On the bluewater side of things, John, Jamie and Greg all managed to land their first wahoo on fly.

A spectacular week here on Alphonse with some very happy guests and great memories. Well done to all our anglers for an exceptional week. Stay tuned for next weeks catch report. 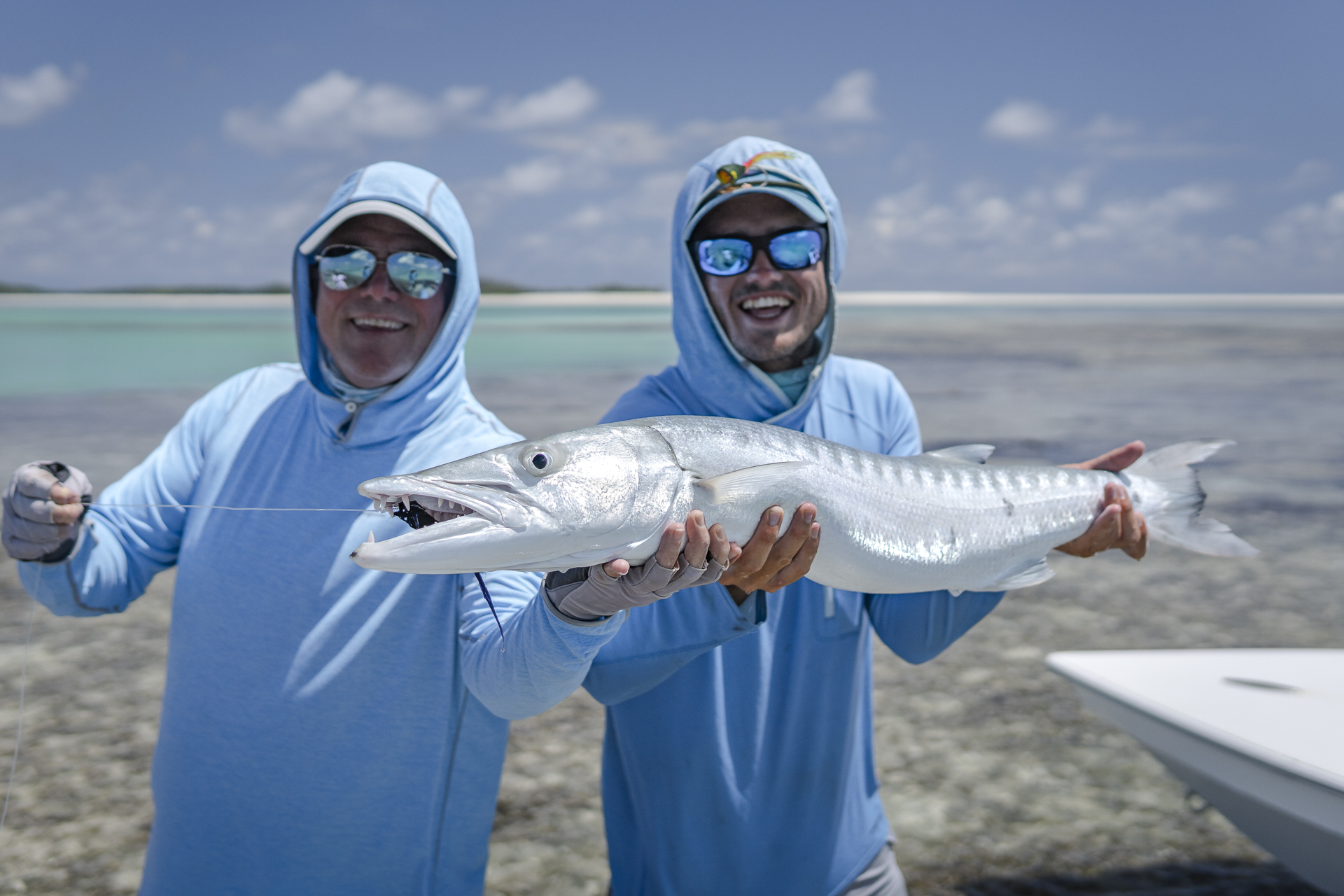 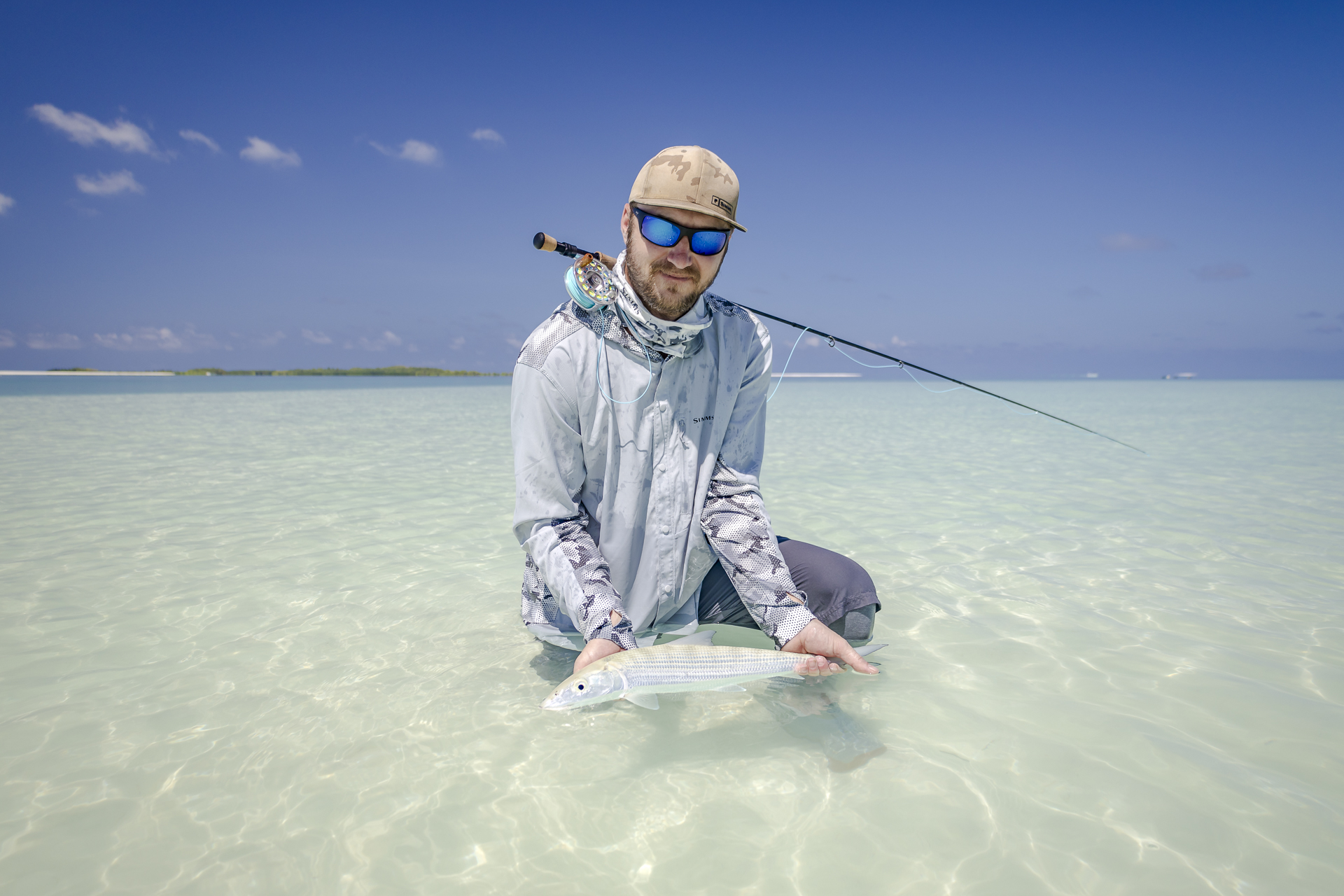 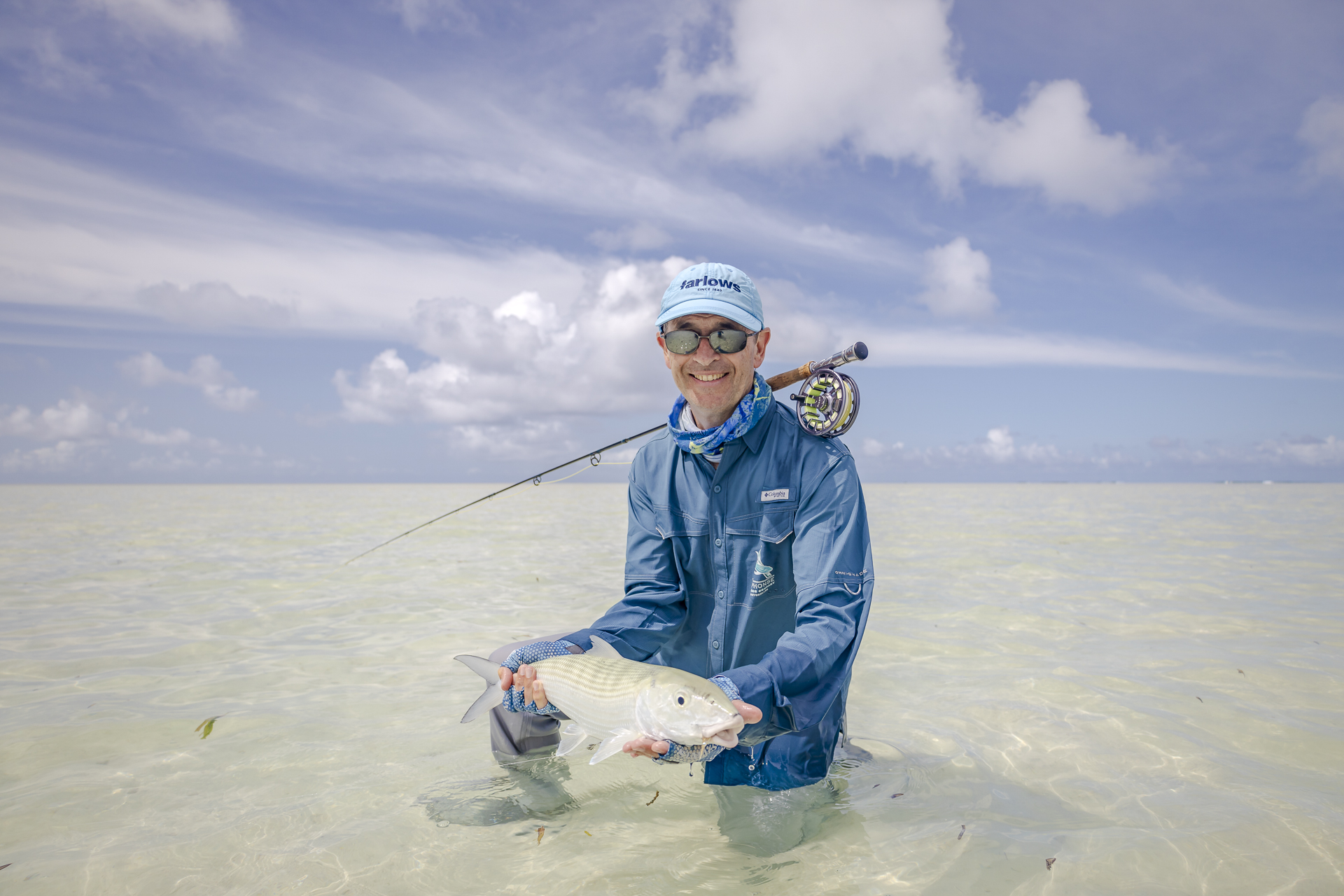 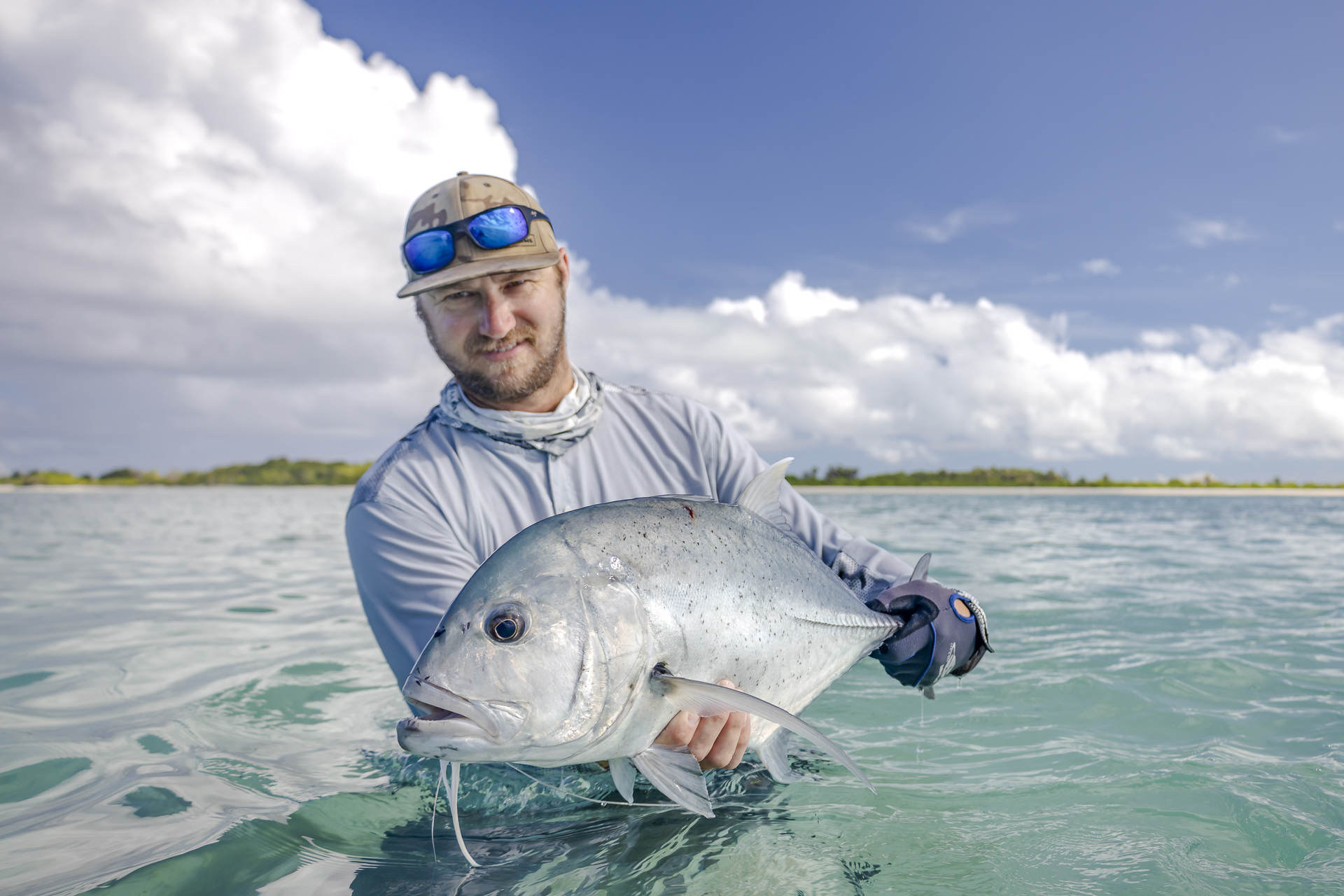 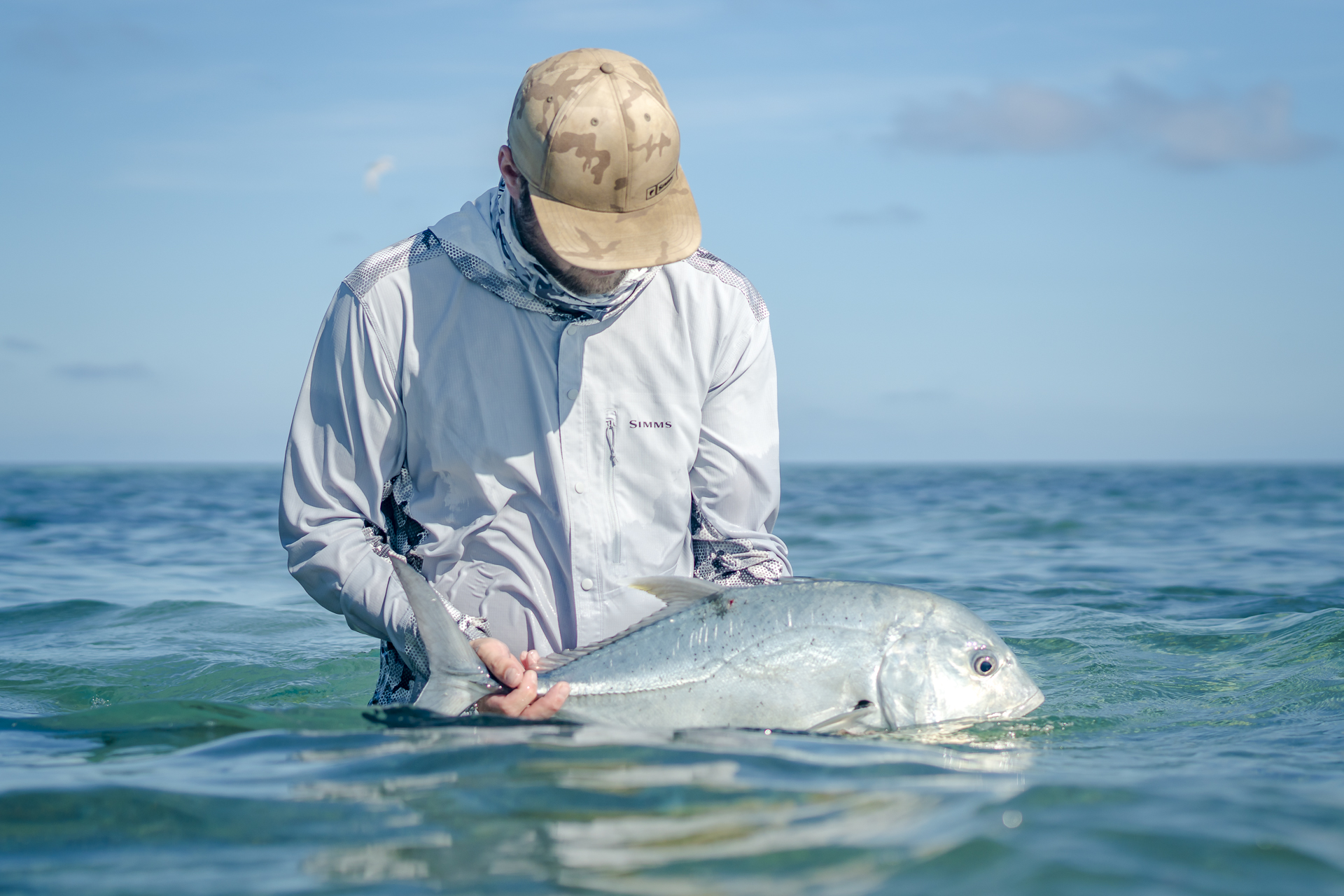 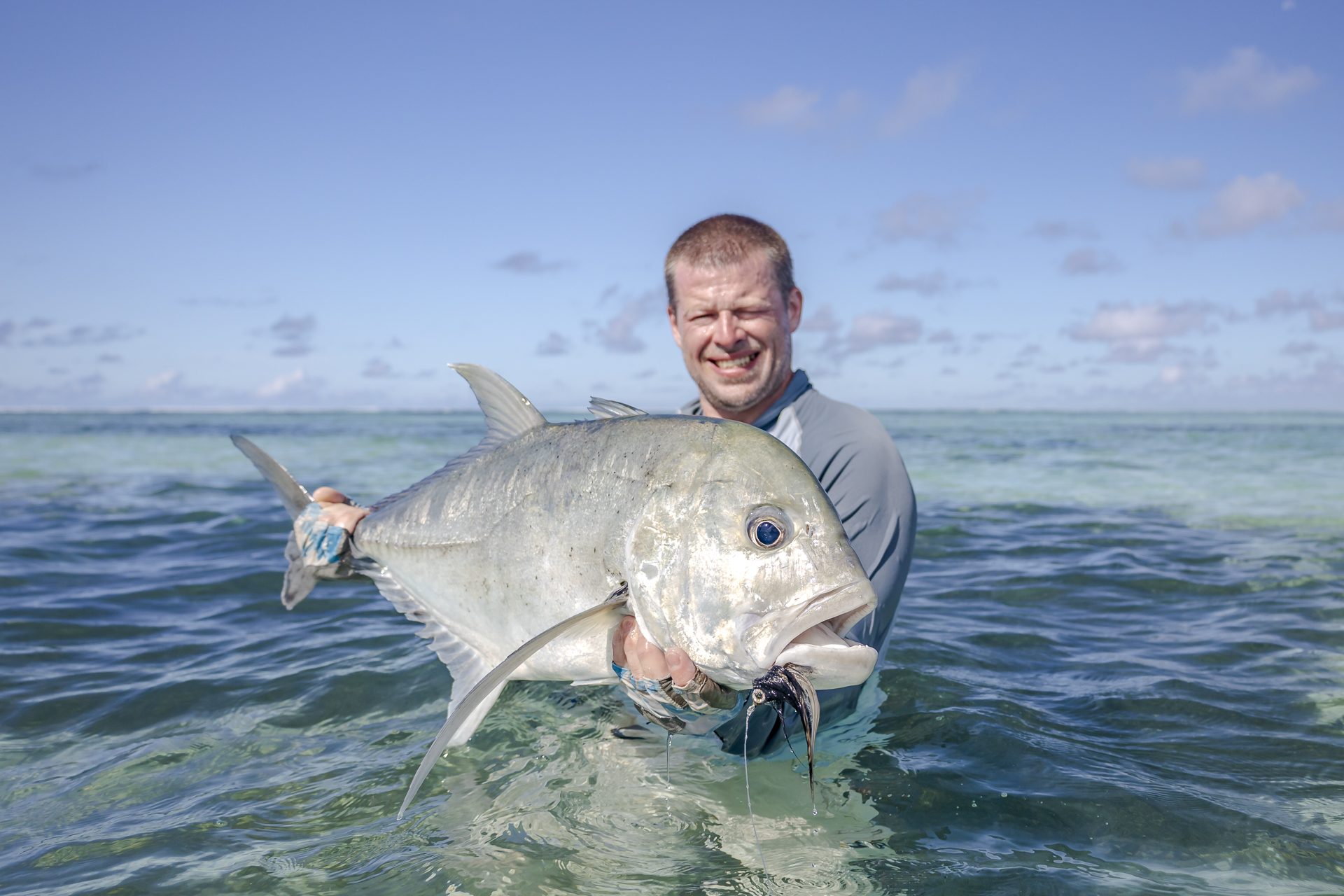 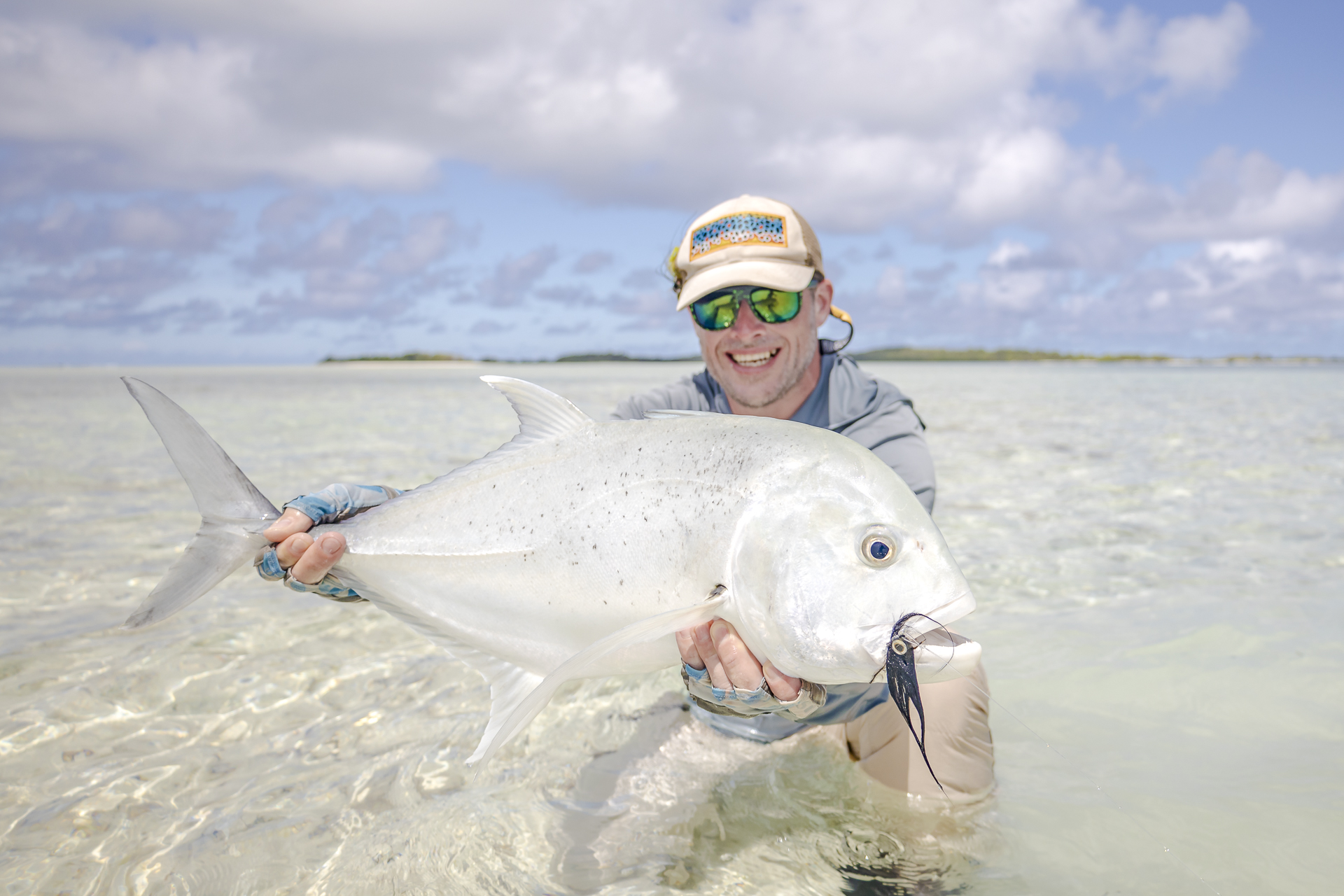 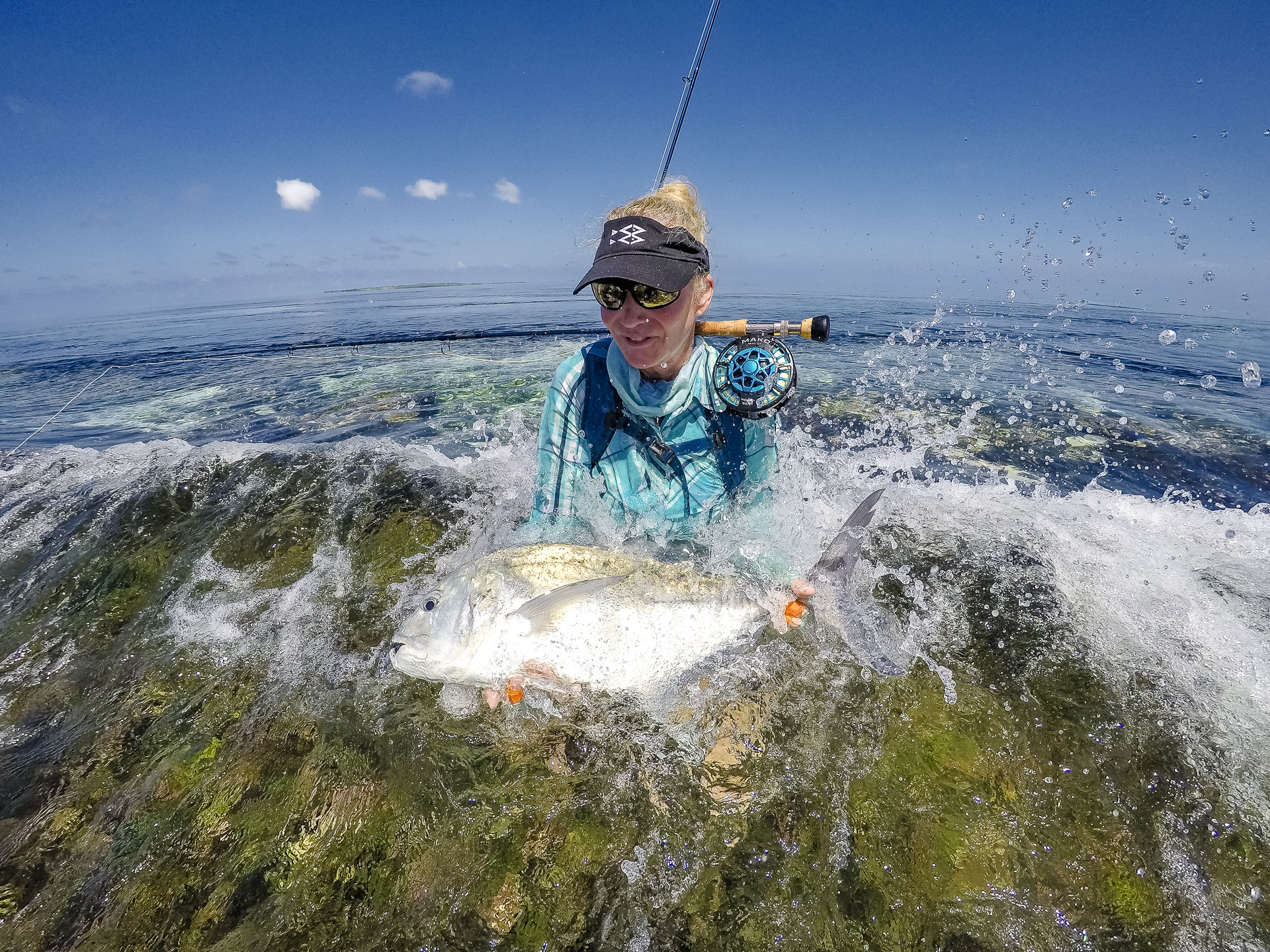 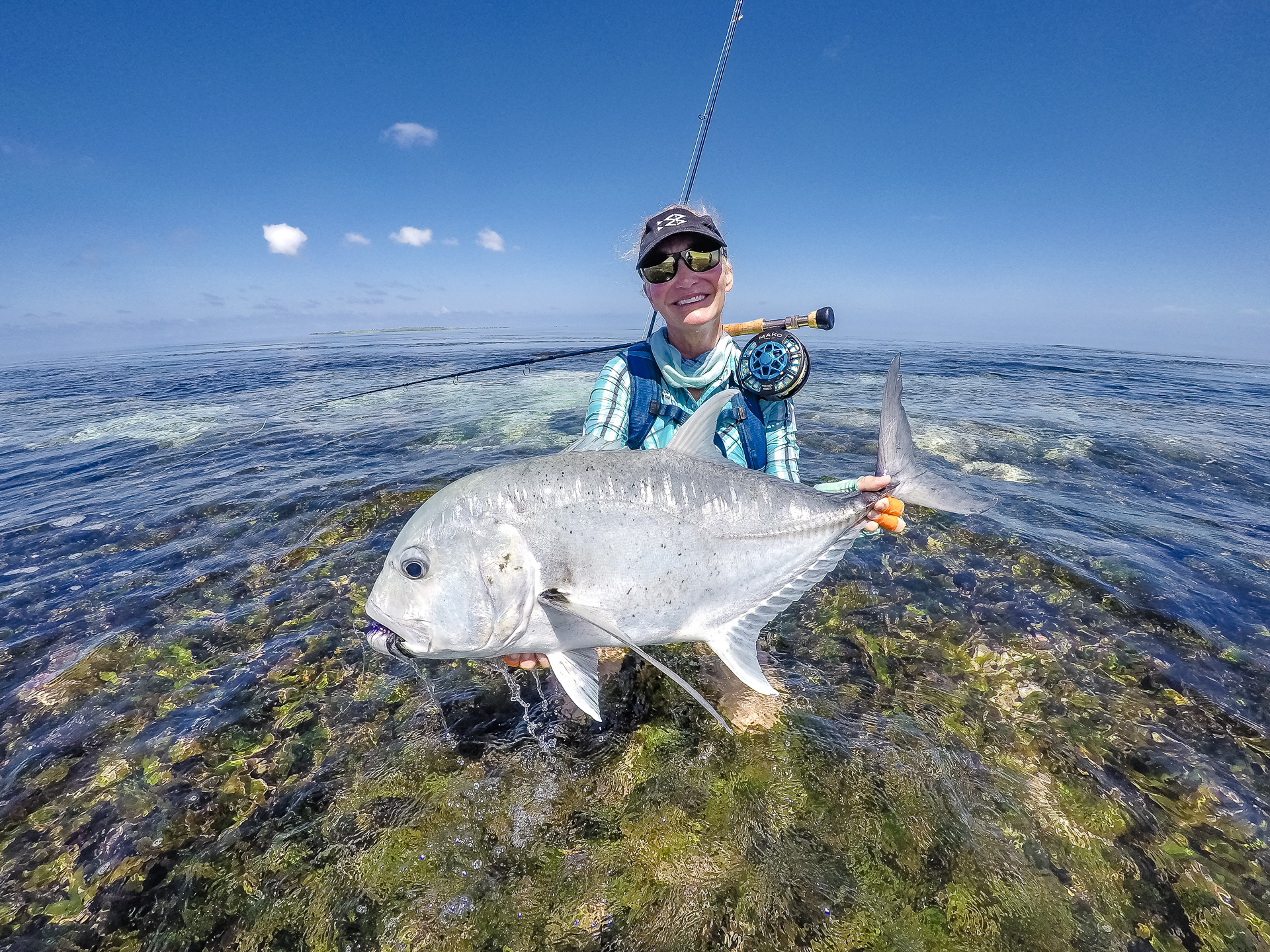 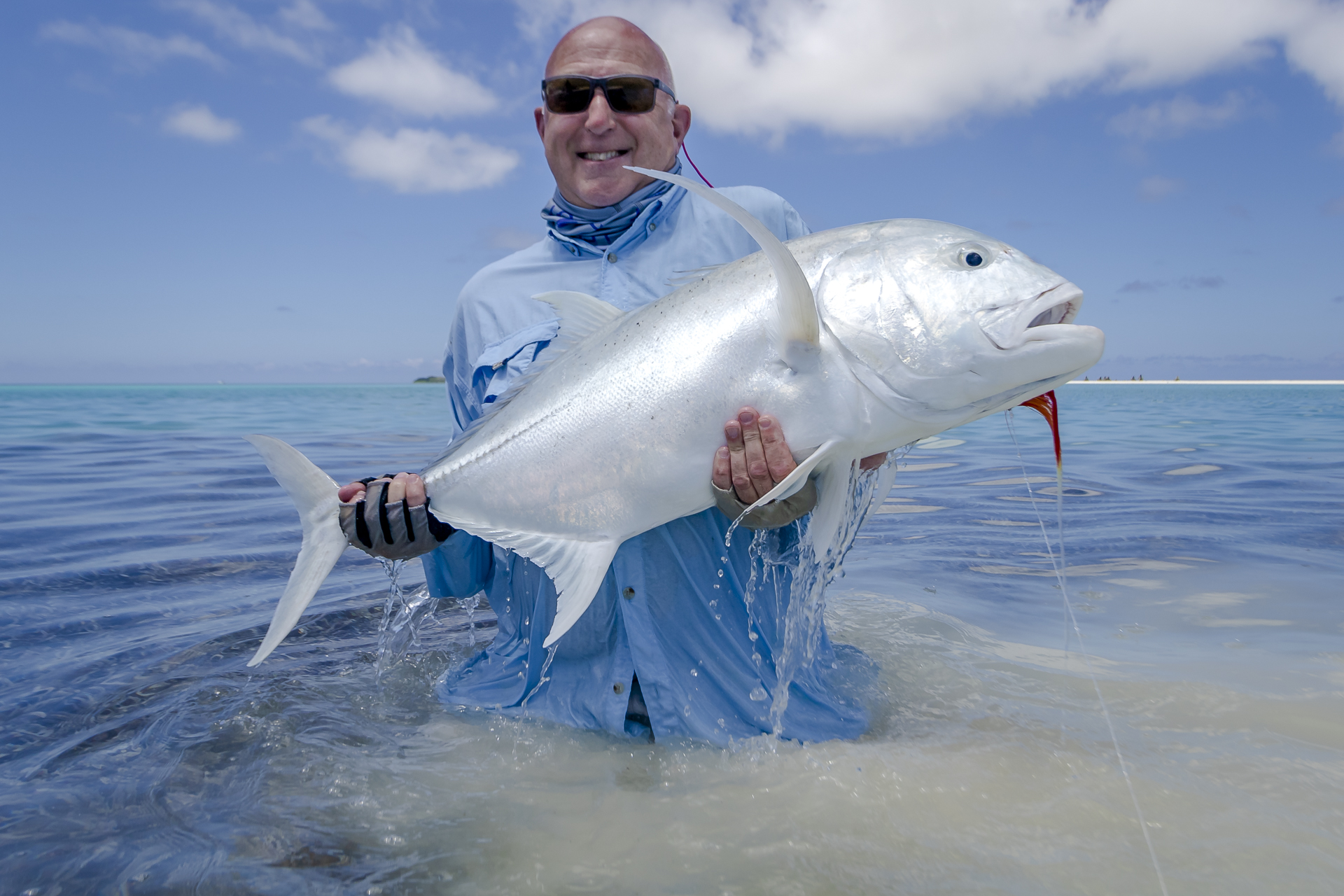 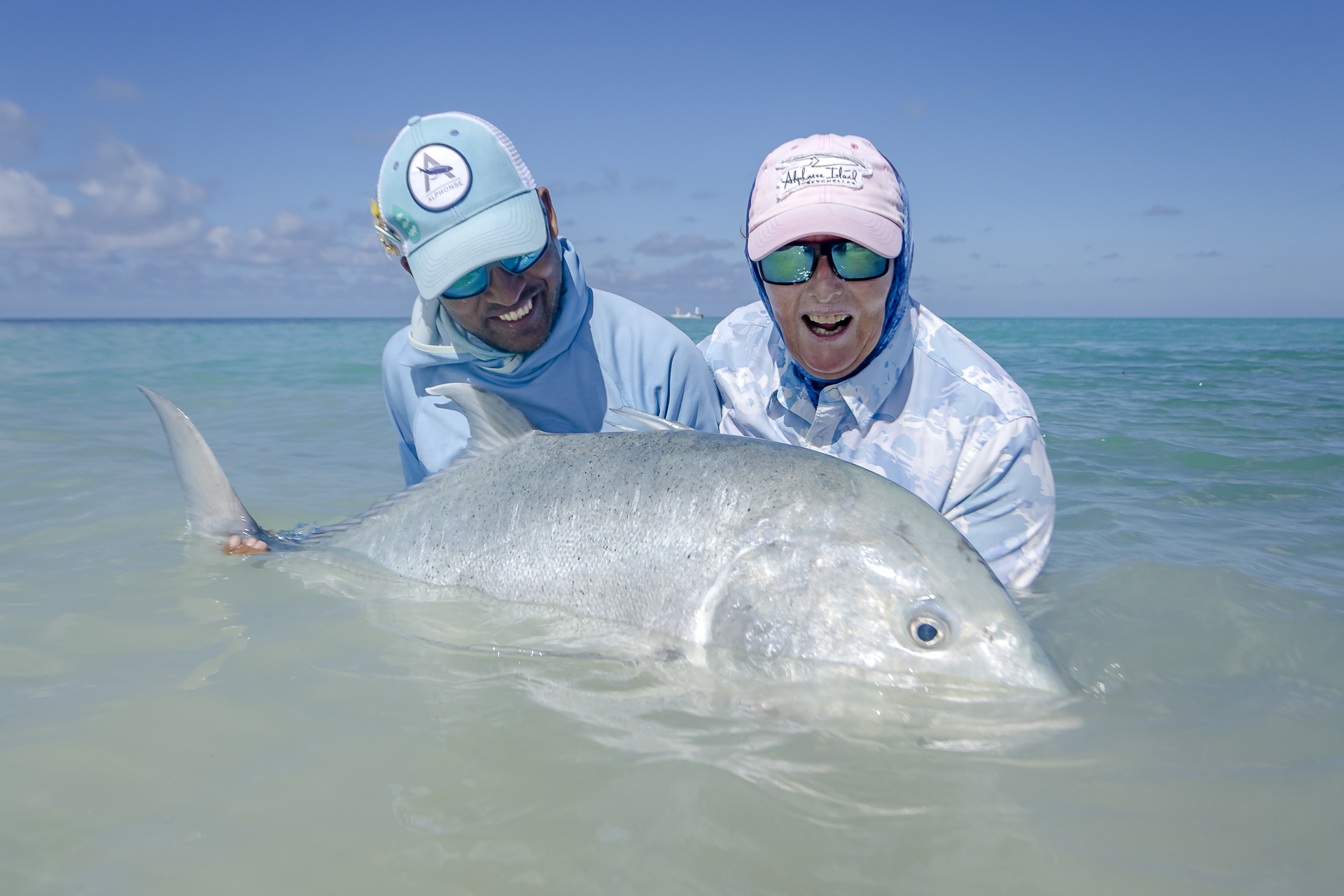 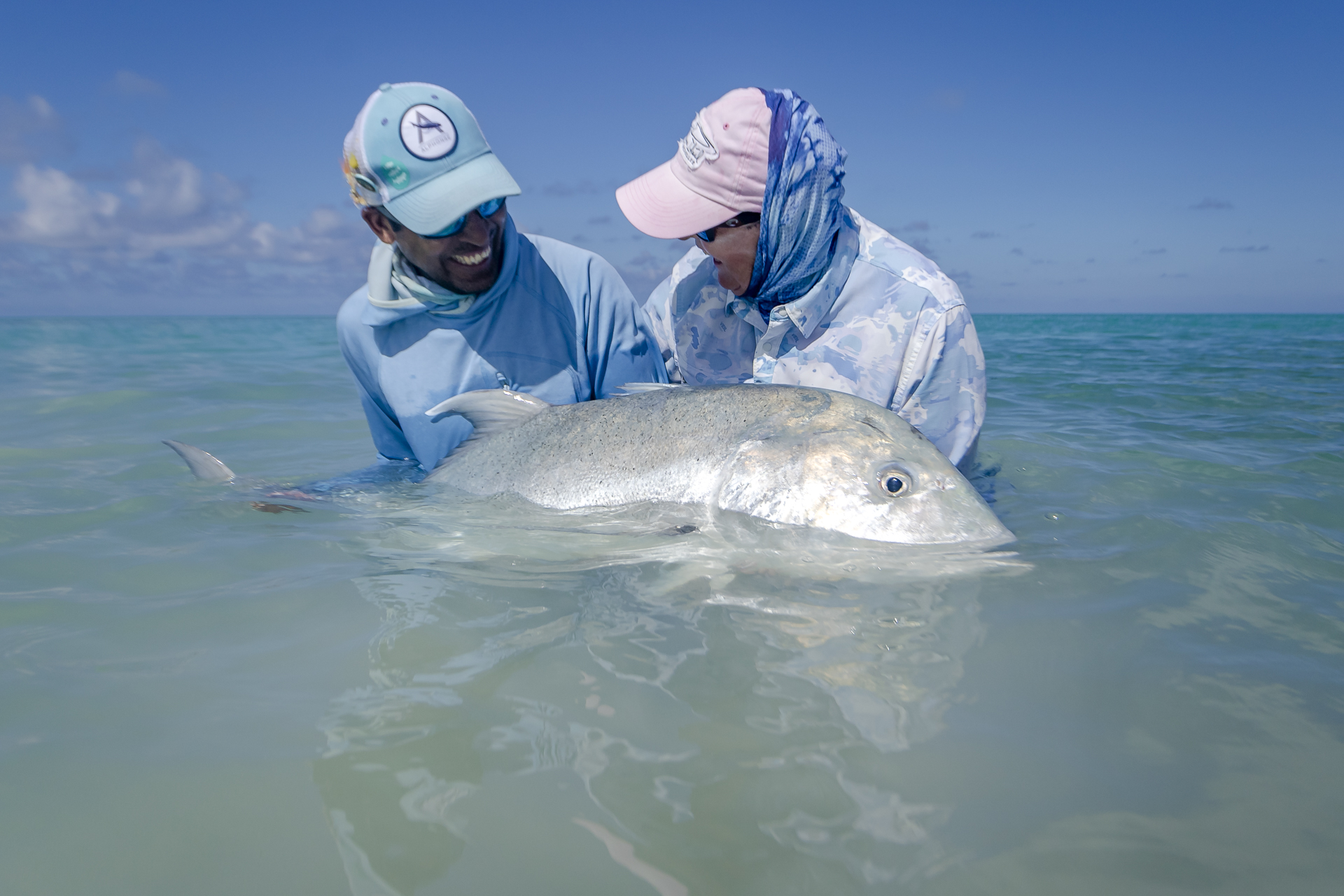 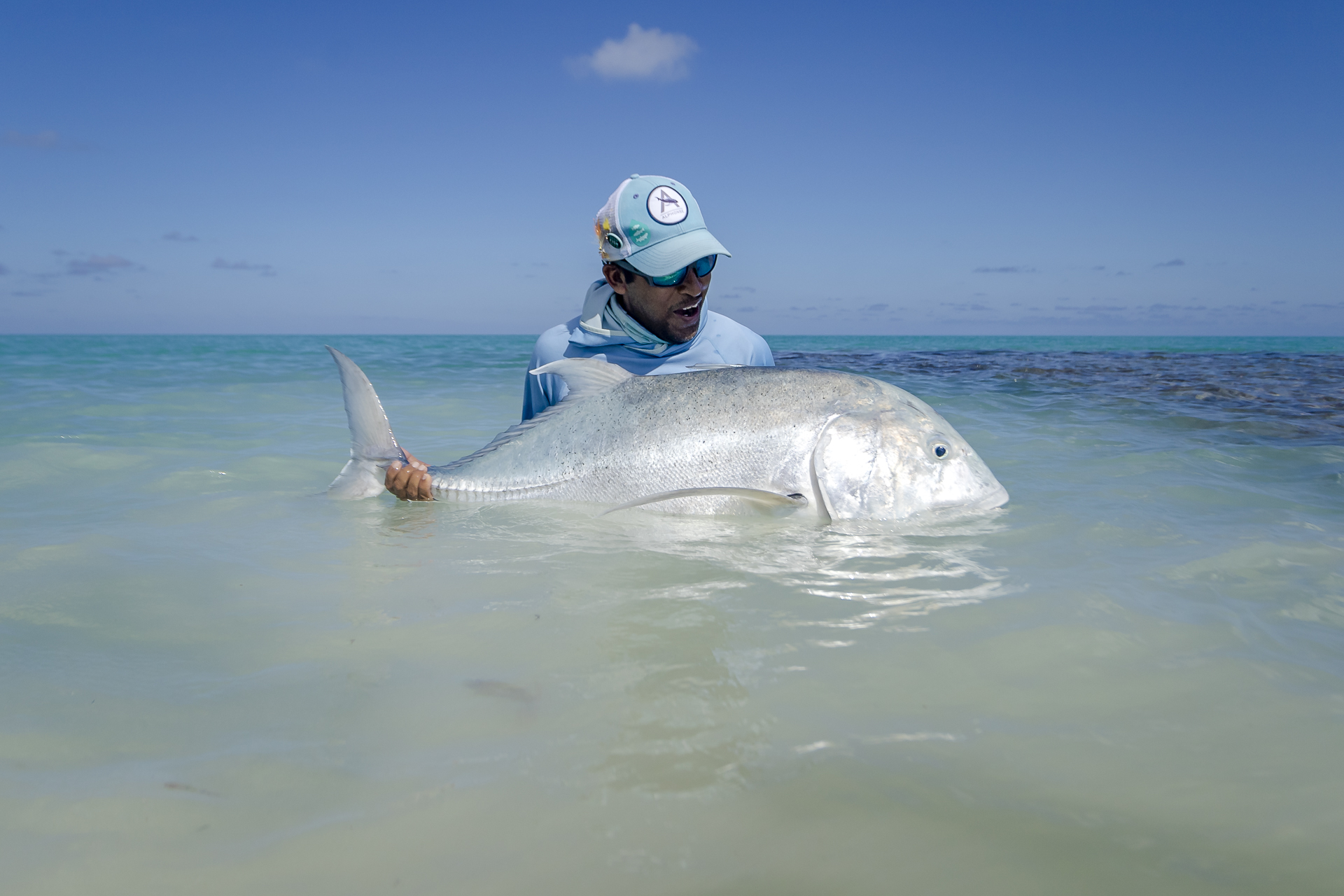 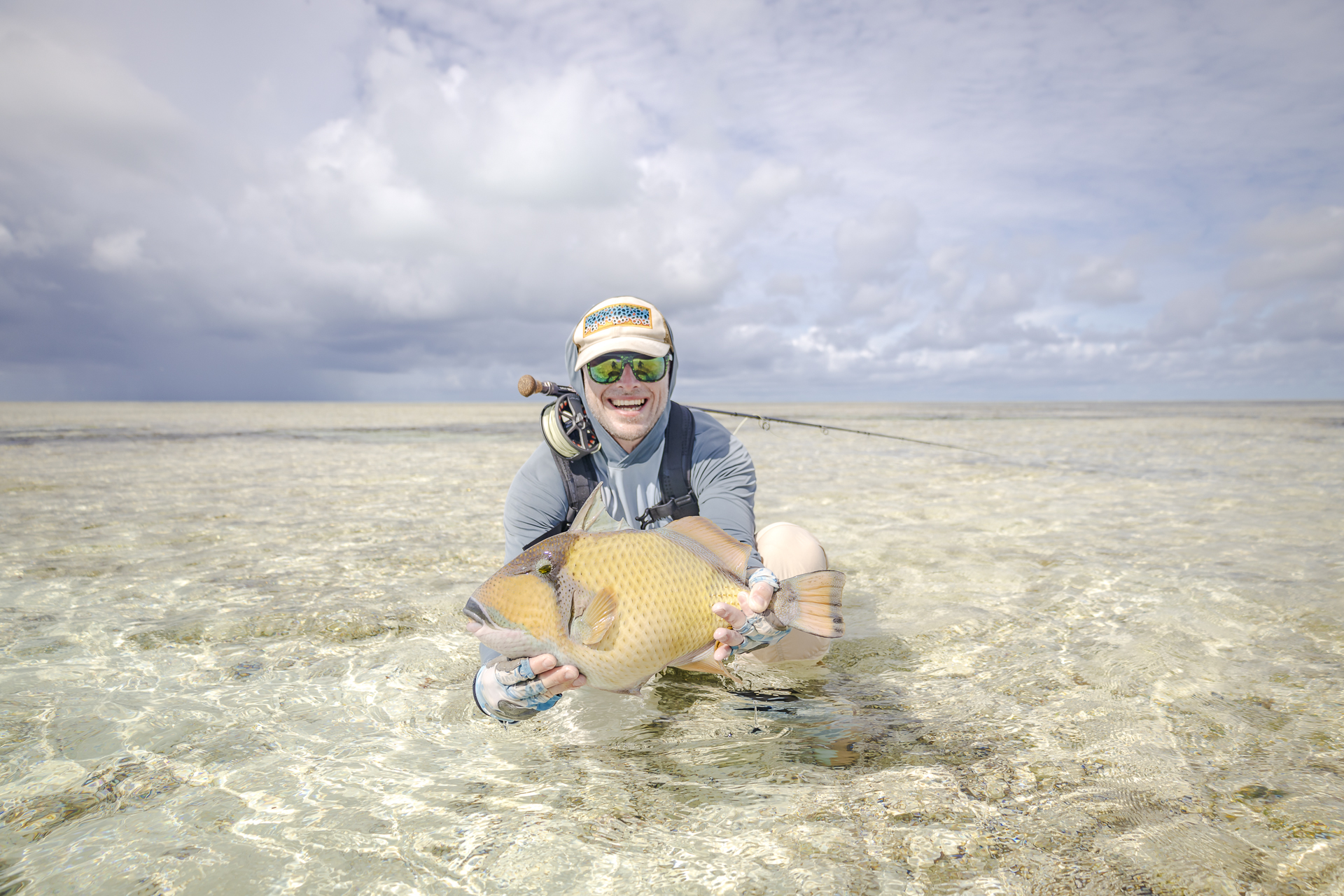 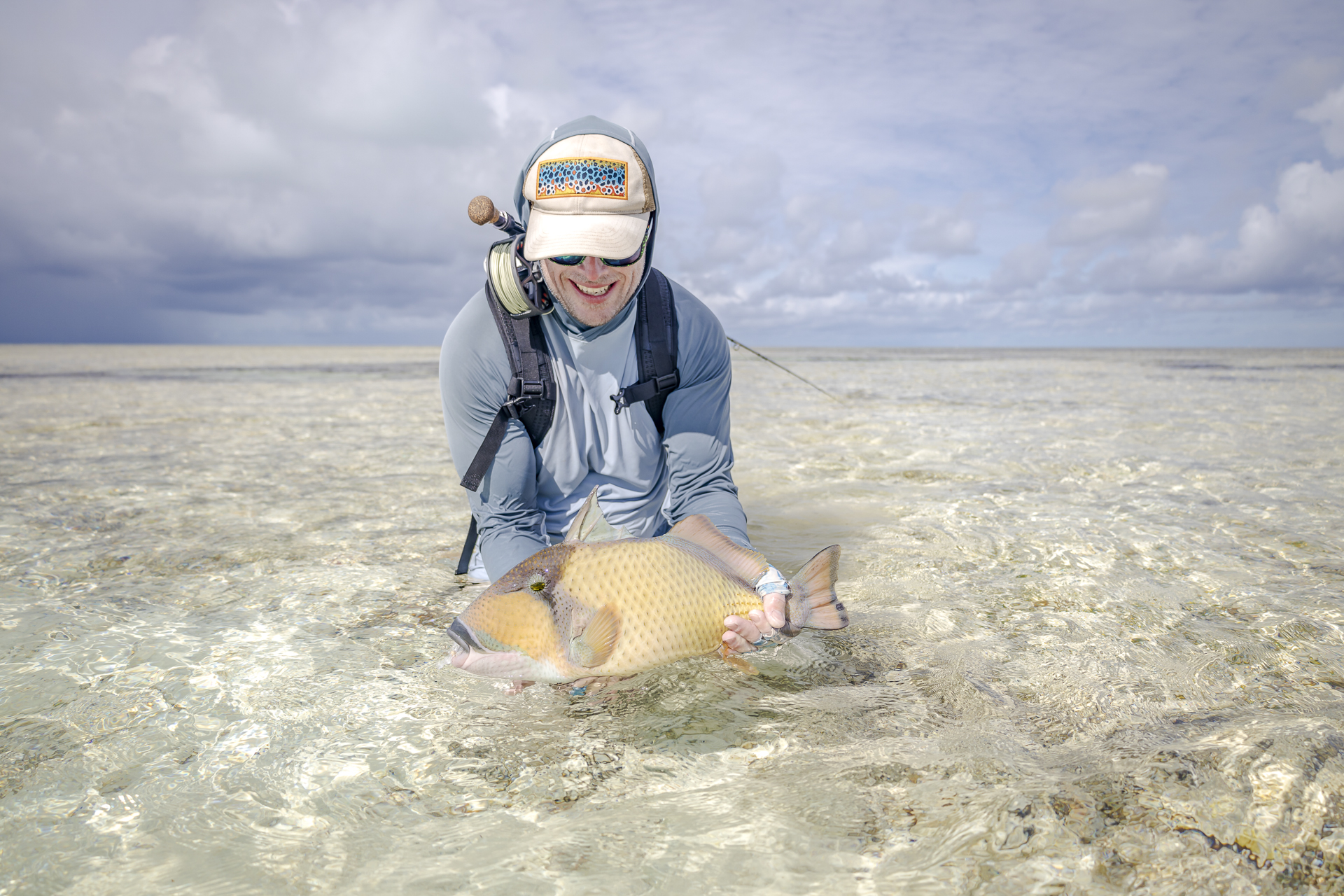 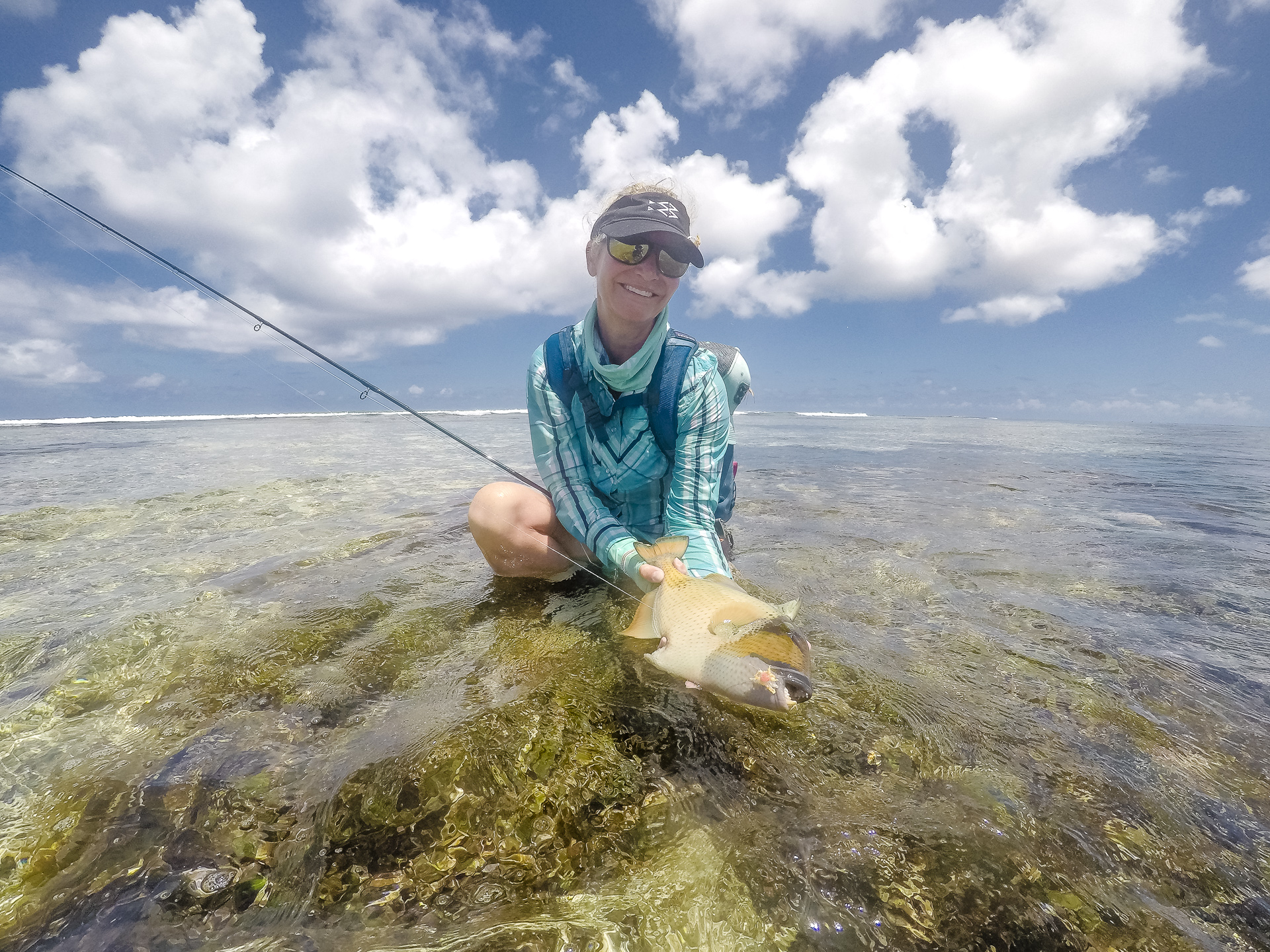 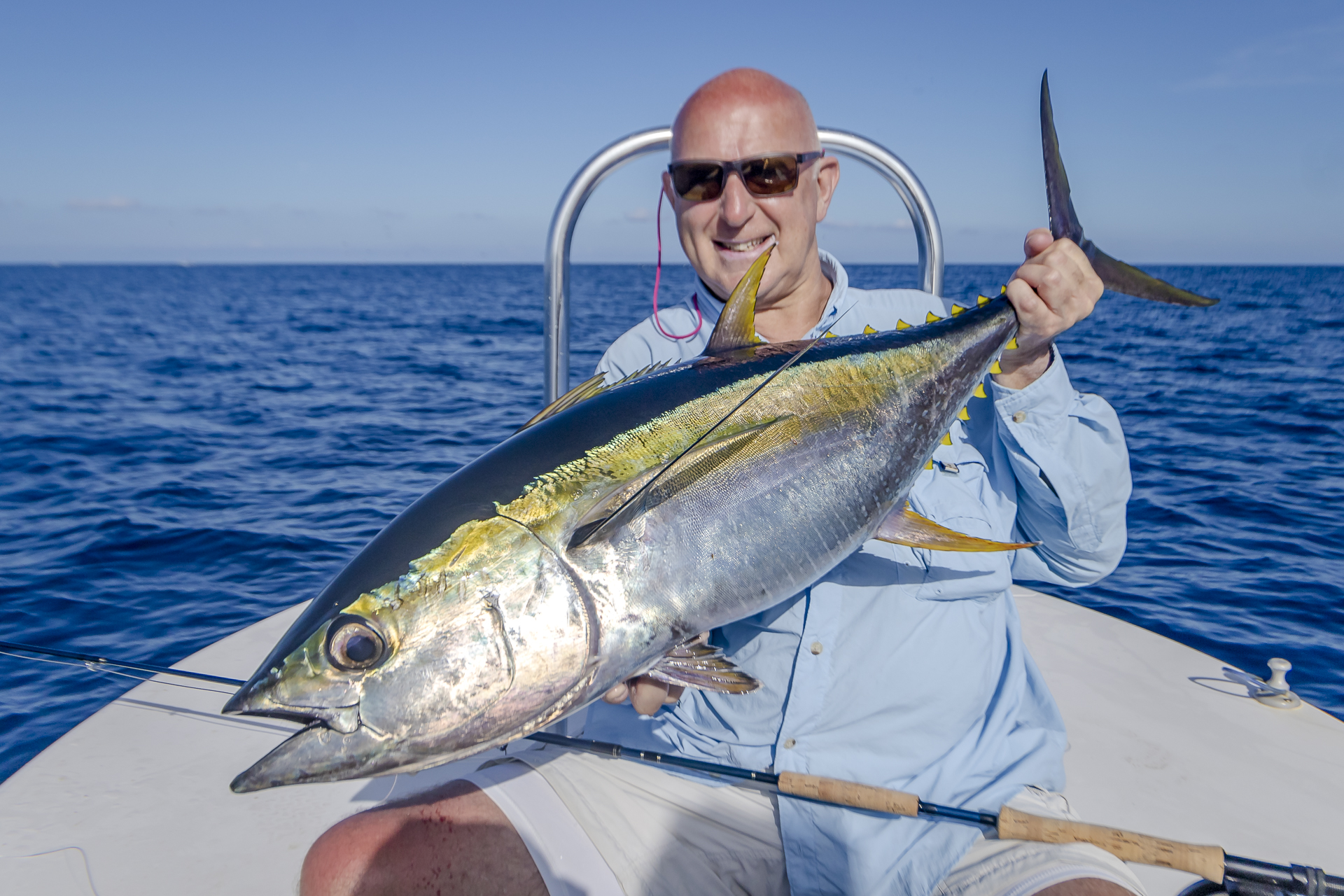