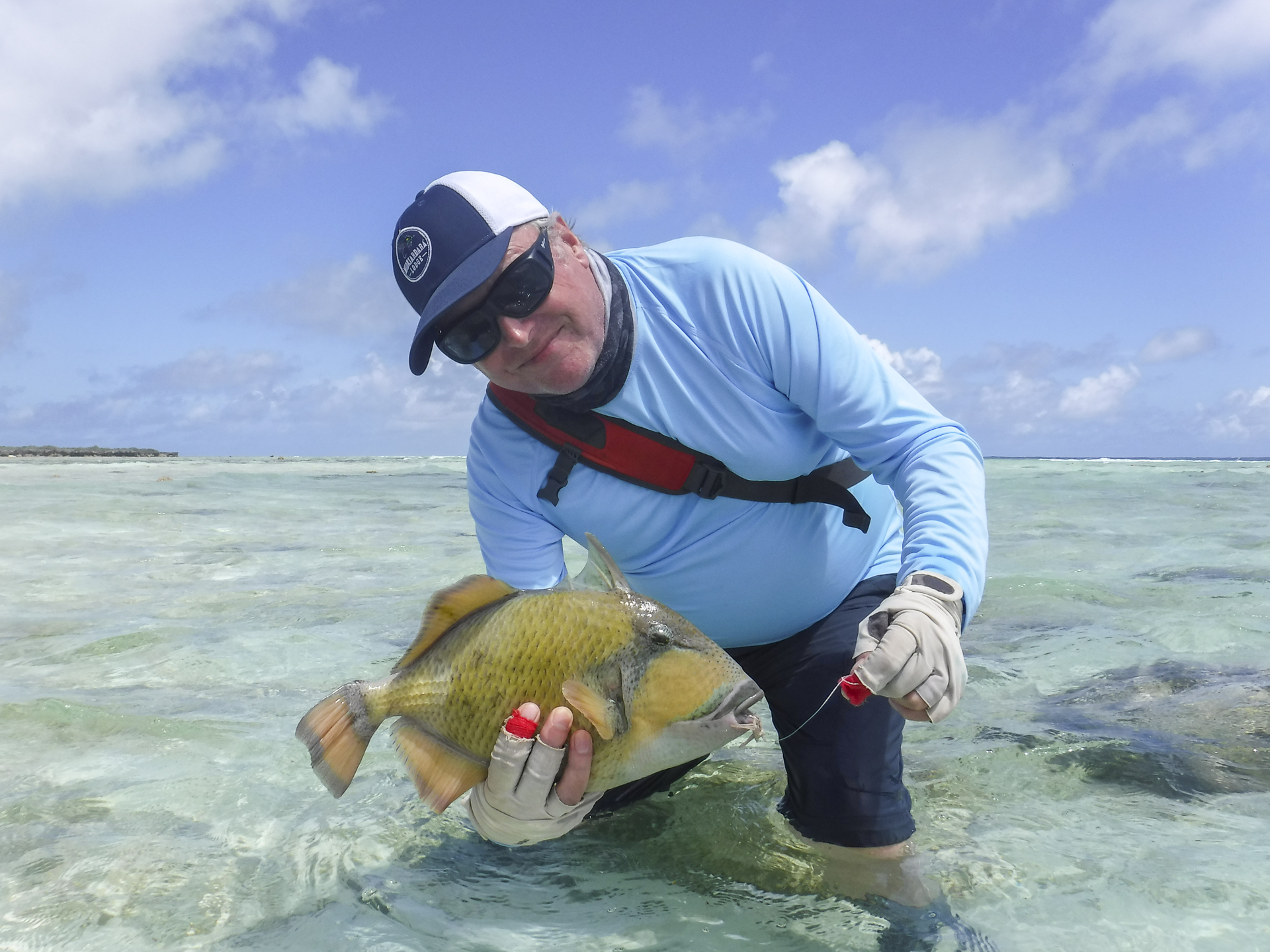 Week 20 started off with some exiting spring tides going into neaps but the weather was challenging with the south east blowing . After tackle set up and a brief run  down of how to present the fly and what to do when the fish eats they all rushed out to the flats to do some practice.

On the first day weather was tough and not a lot was around so they all went to do some bonefishing and they all ended up with about 10 bones each. On the second day the weather got a bit better and Bill and Paul were on the hunt for GT but instead on the pushing tide the triggers were out, they both got awesome giant triggerfish.

As the week progressed the fishing got better with Meredith getting a 65 cm GT off the rocks on the high tide. Paul had some unfinished business with GT after losing a line and losing a few GT he went back to the drawing board and managed the next day to land his first GT. He didn’t stop there thought, and topped it up the same day with another one, both measuring 65cm and 61cm.

Makoto is the first Japanese guest we had on Astove and he made his name by getting himself some bonefish over 60 cm and landed a few GT from 65 cm to 75 cm, William had some bad luck in the begging of the week with tackle not holding up but after getting everything  sorted he managed to land a 61 cm GT and late that afternoon he managed to get another one of 75 cm.

As the week got to the end and the fishing slowed down the guys spend more time on the bonefish where most of them got bones over the 60 cm mark, Makoto also managed to get over 20 + bonefish in one day .

Tight lines
from the Alphonse fishing Co. Team on Astove 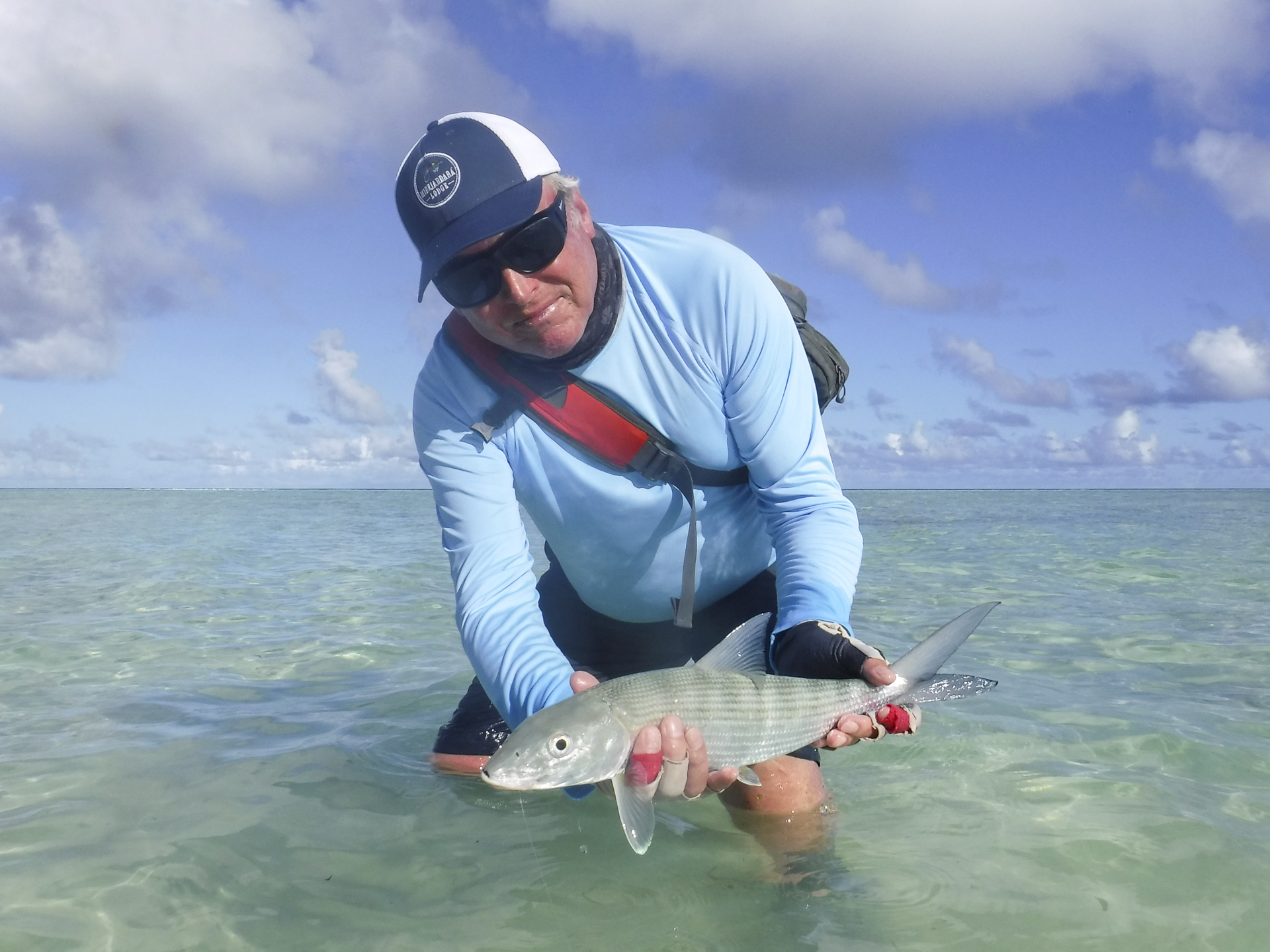 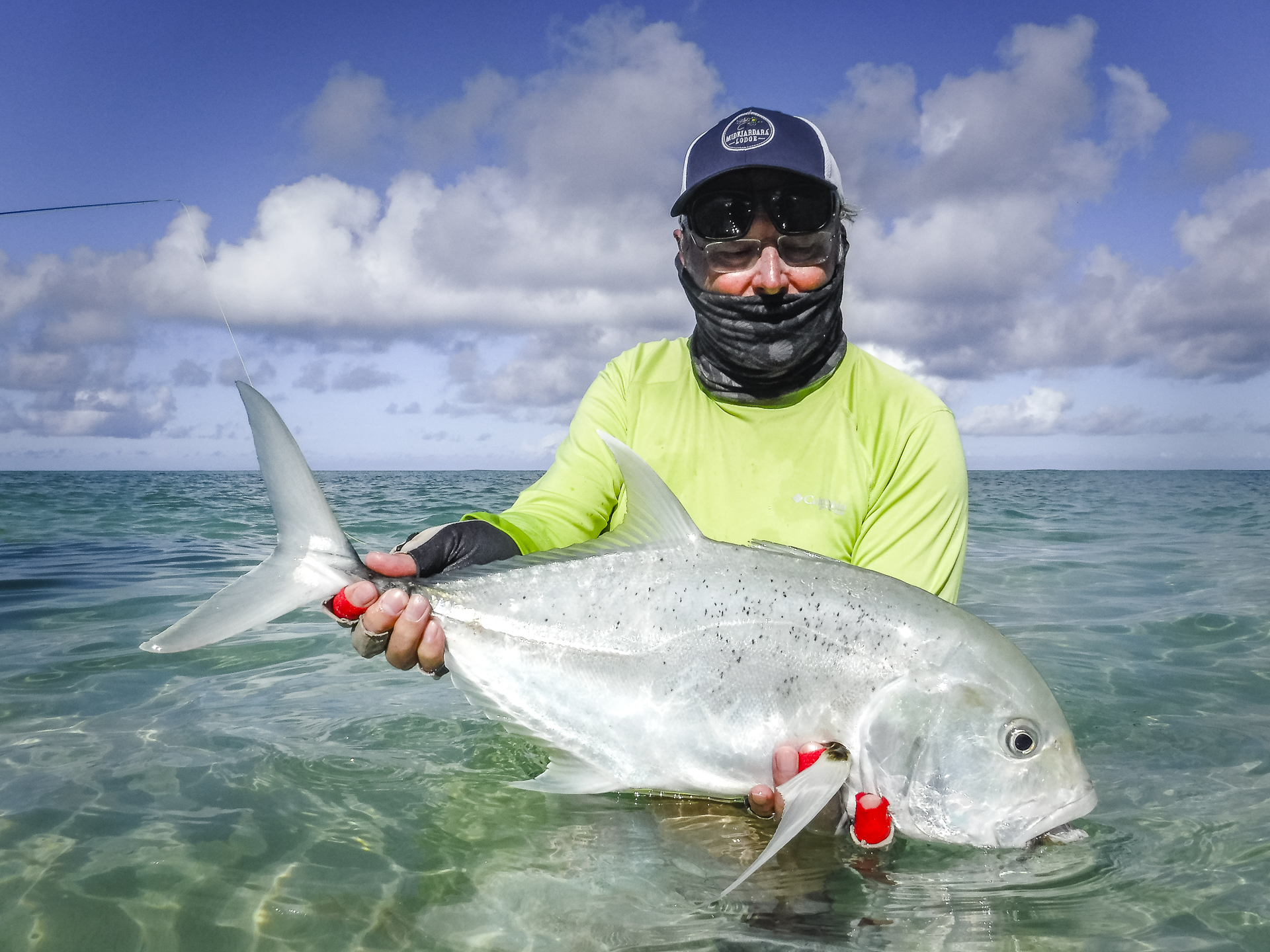 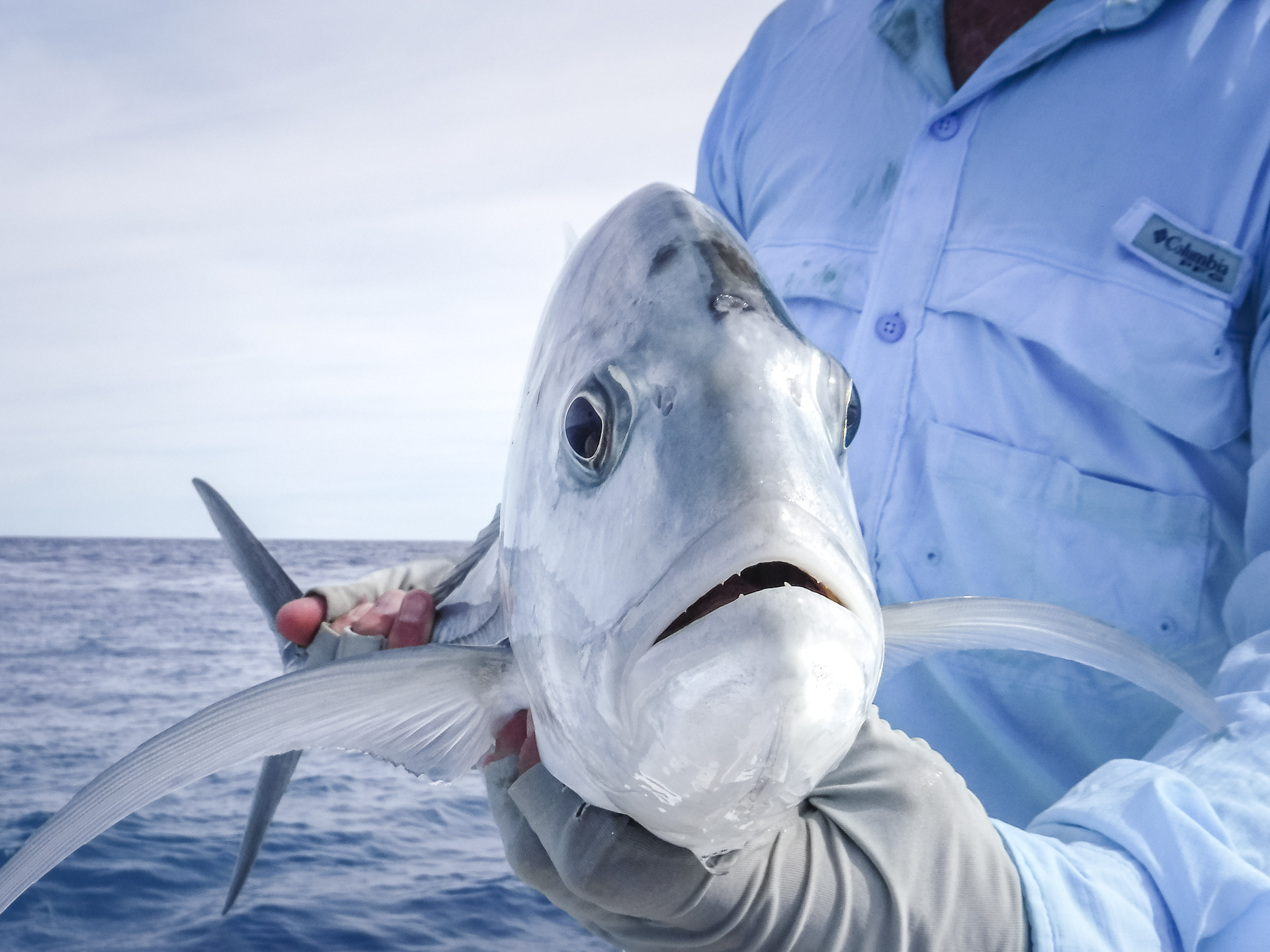 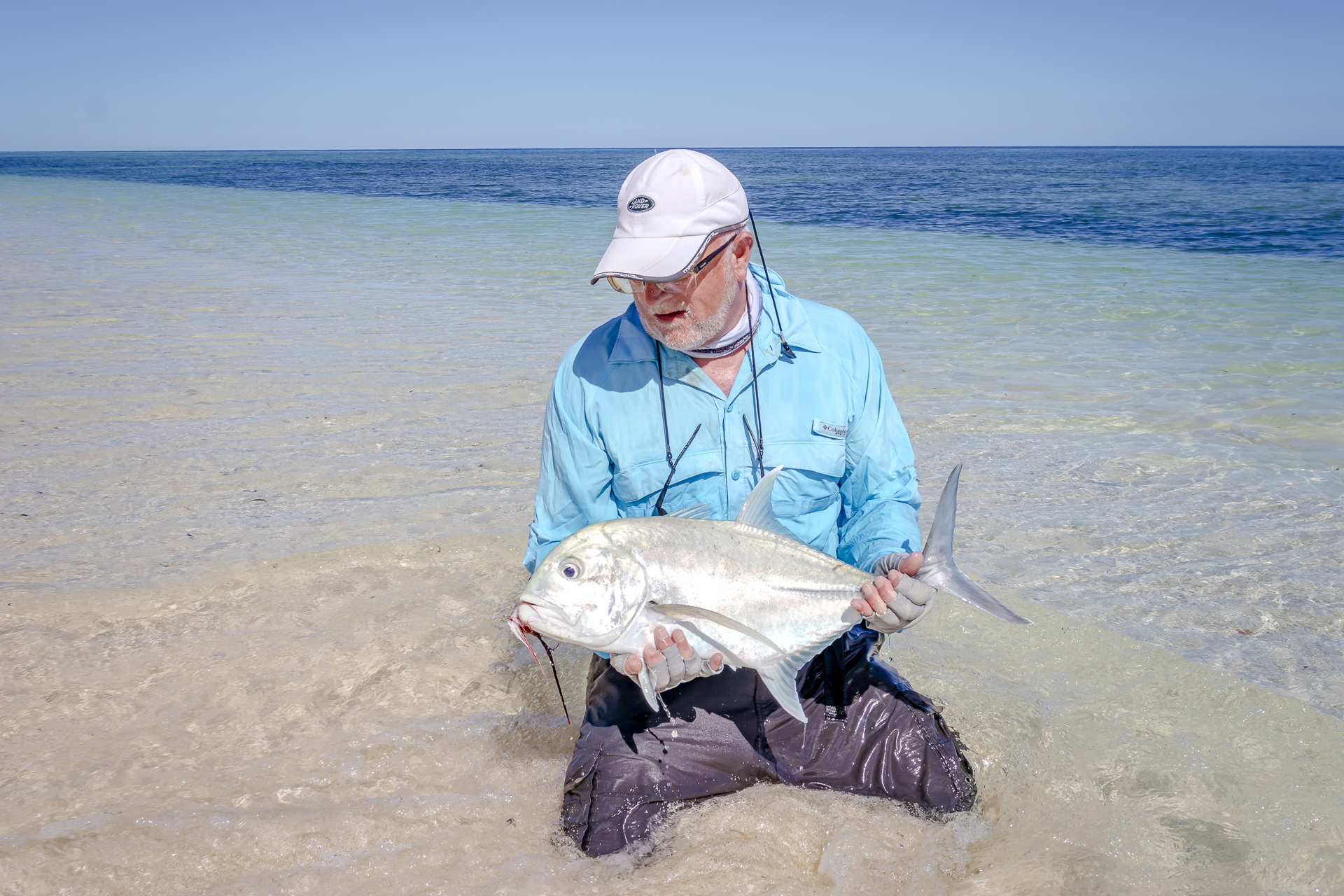 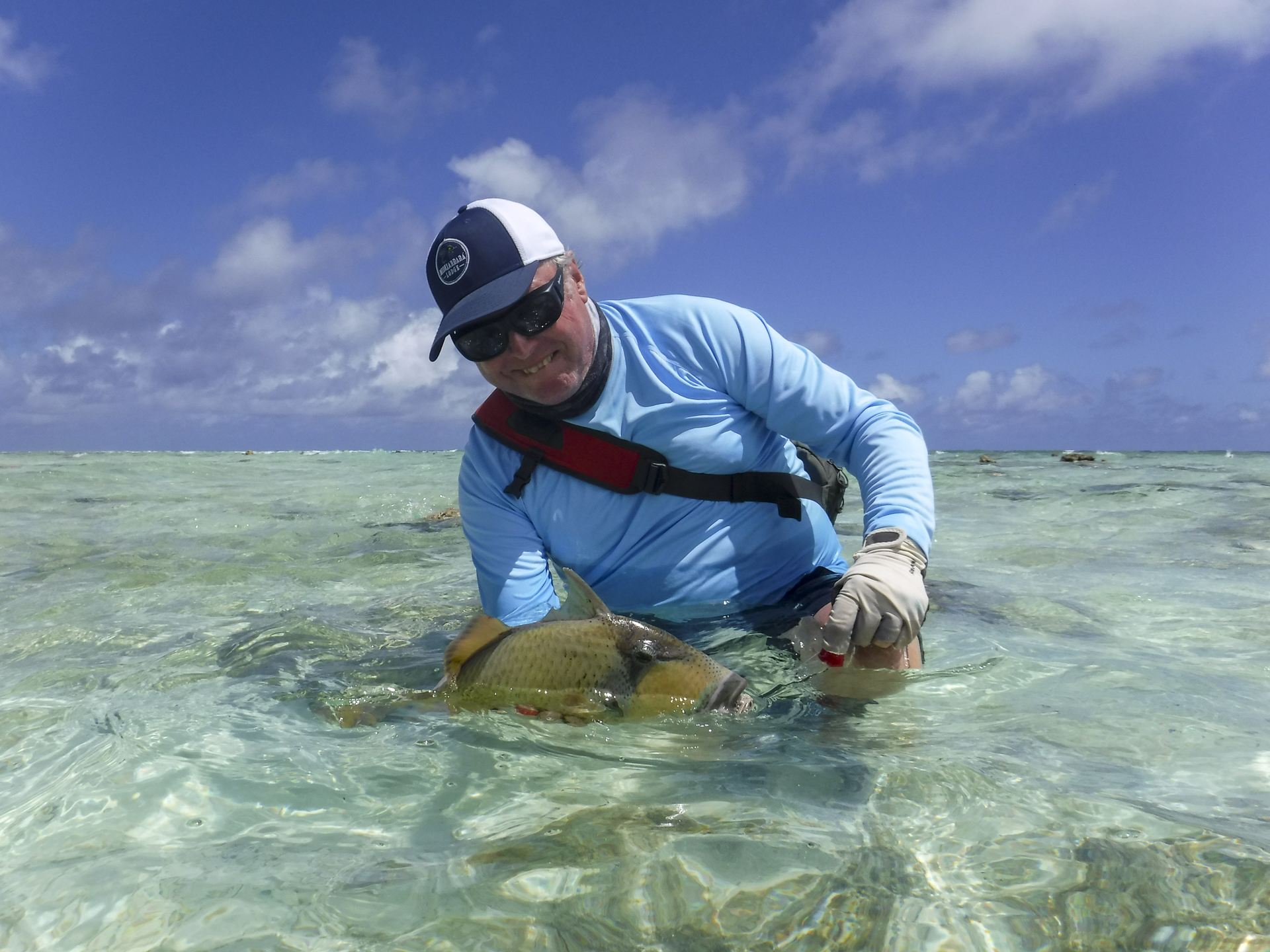 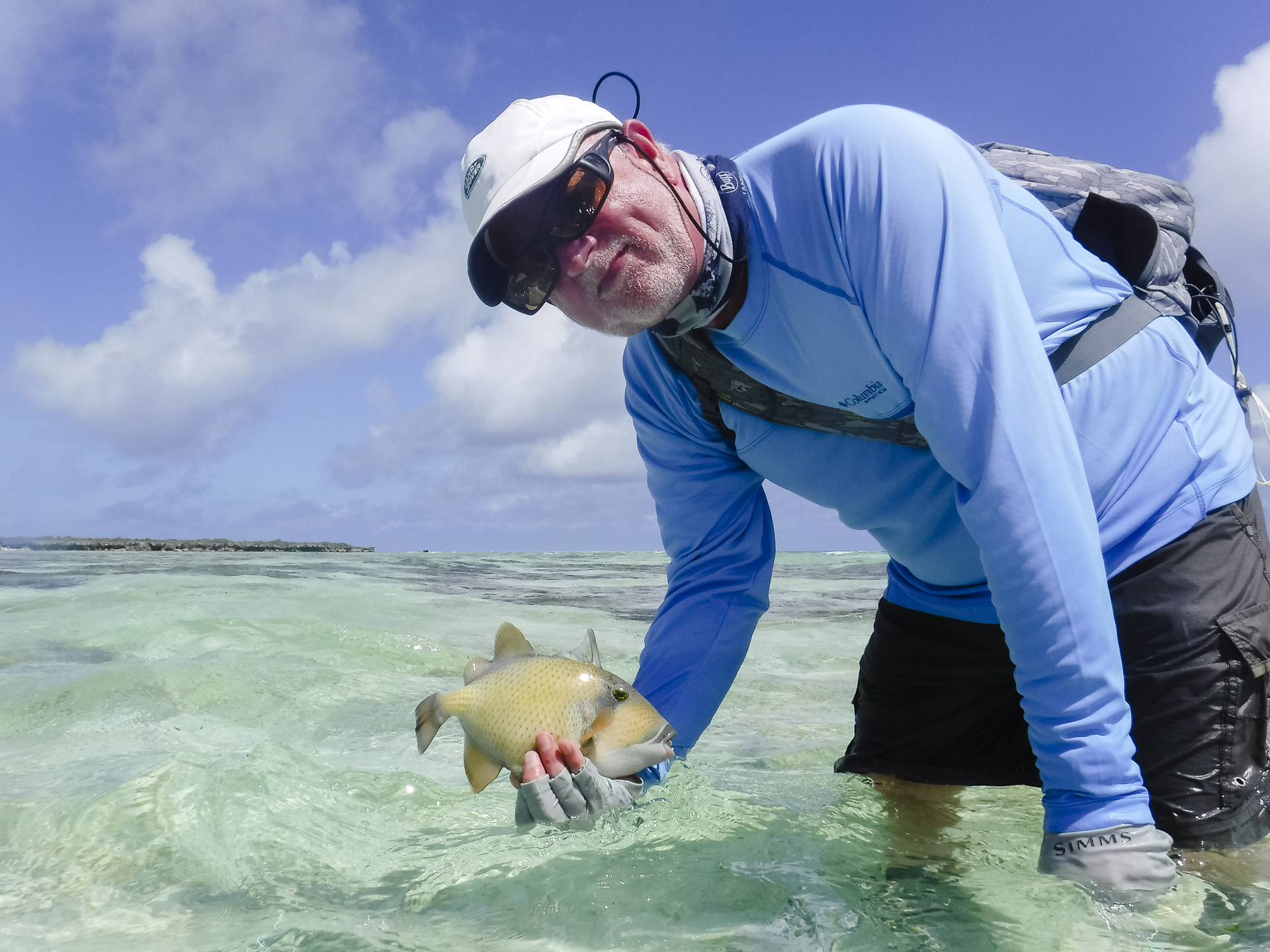