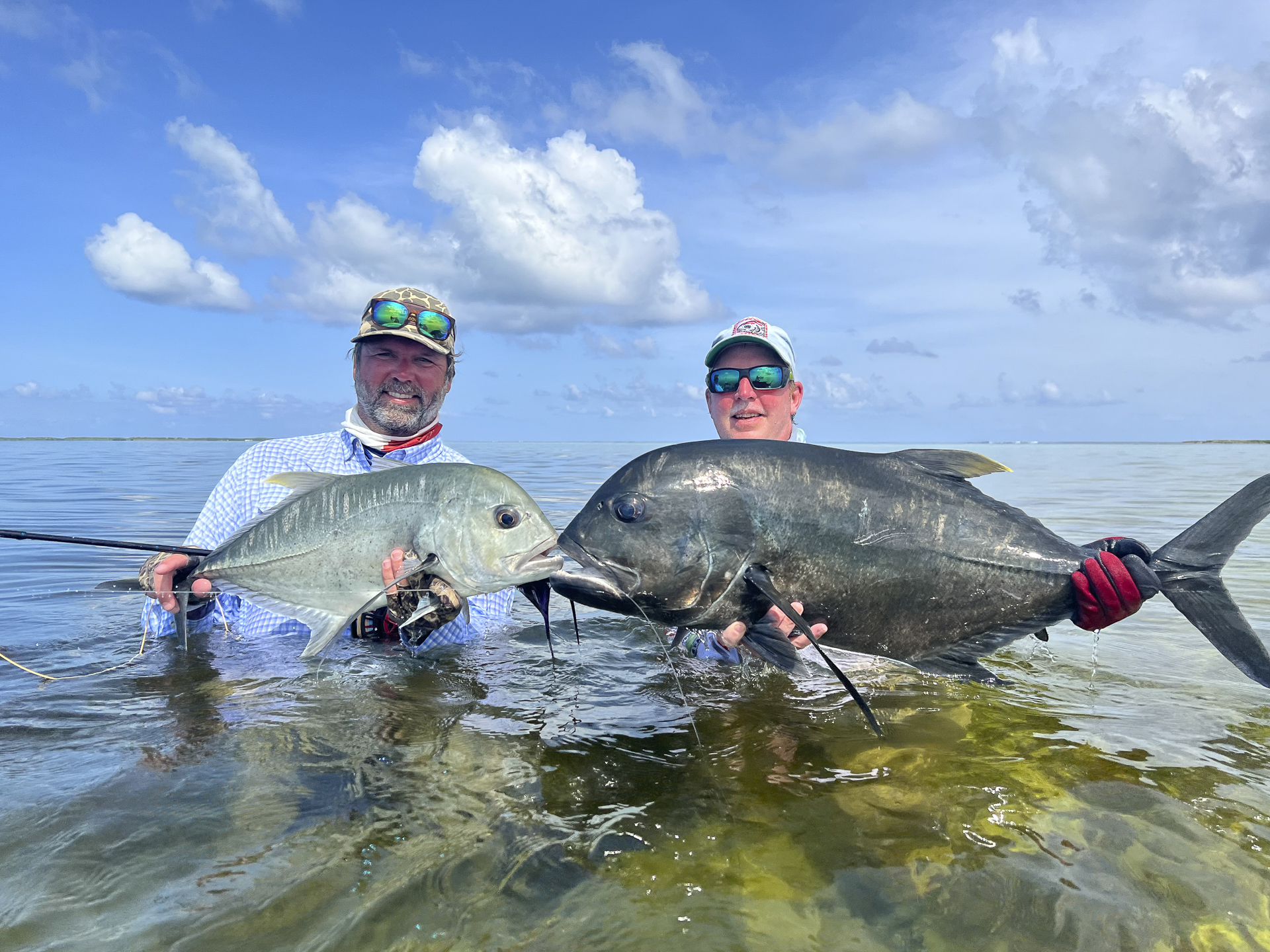 Week 20 welcomed awesome and it showed through the catches. The week was hosted by Daniel Leavens (AKA Rooster), he hand-picked a group of extremely capable anglers that were a privilege to fish with and kept everyone busy both on and off the water.

There was only one real goal for the week and that was to break the 100 GT mark. After the first few days we were well on our way already having 70 or so fish to hand. By day five we had 95 fish landed and only needed five fish to reach our goal with one day fishing remaining. Day six, which was the last day, started quite slow with no fish being landed until about midday, this is when the chatter started on the radio and a plan was made. Soon after this some fish were found, and we ended up with seven fish for the day bringing the total to 102.

Not only did ‘’Rooster’’ host a brilliant week he also managed to catch the most GTs for the week with a total of 15, along with a massive triggerfish stretching the tape measure to 53 cm. Tyler Barrus the GT king for the week out did himself with an absolute beast of a fish measuring 111 cm not only being a fish of a lifetime but also the biggest for the week. Chris Austin managed to catch a 20 lb Napoleon wrasse, a very special fish, along with eight GTs and three triggerfish.

The triggerfish were also very happy this week and a few anglers took full advantage of it. Joel Silverman managed to trick three triggers on his first day as well as land 10 GTs over the course of the week. Tyler and Justin Trail joined the trigger party and caught one each giving us a total of nine for the week.

Nathan Schulz had an epic week landing a 93 cm GT and probably the catch of the week as well being a wahoo in excess of 50 lbs. This fish was caught on a morning bluewater session and is by far the biggest wahoo caught on fly in a long time.

Well done to all our anglers for a phenomenal week of fishing. 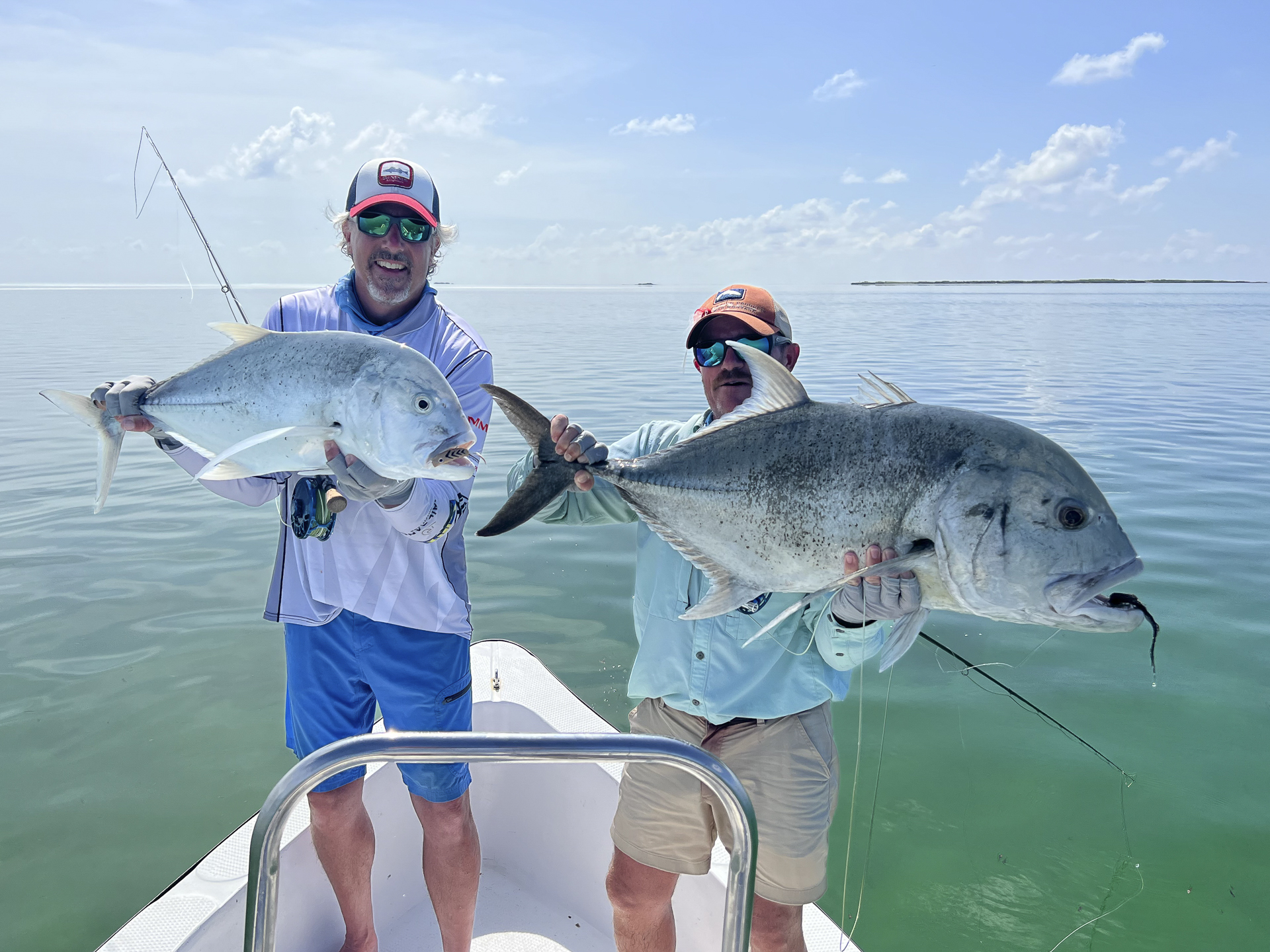 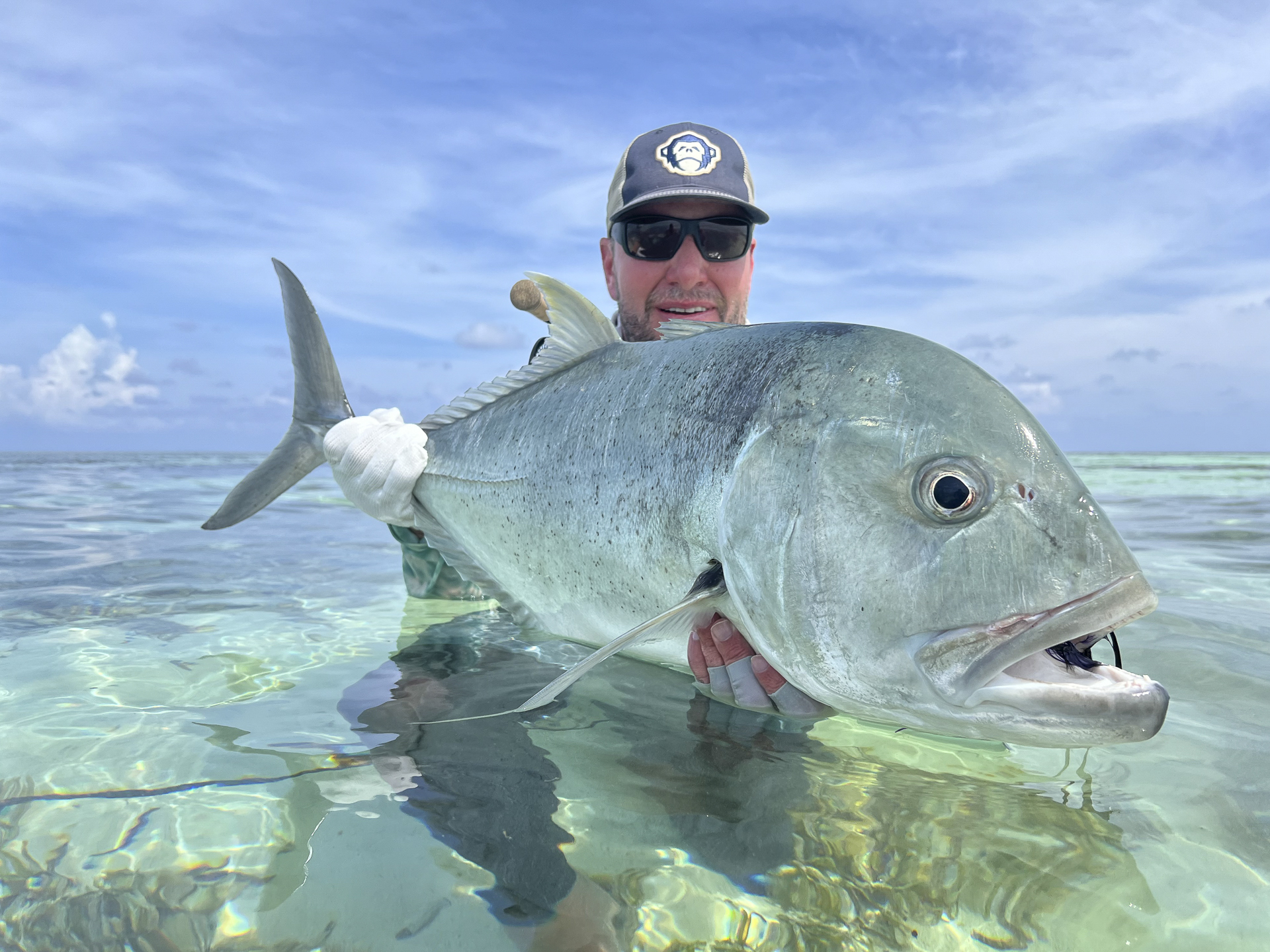 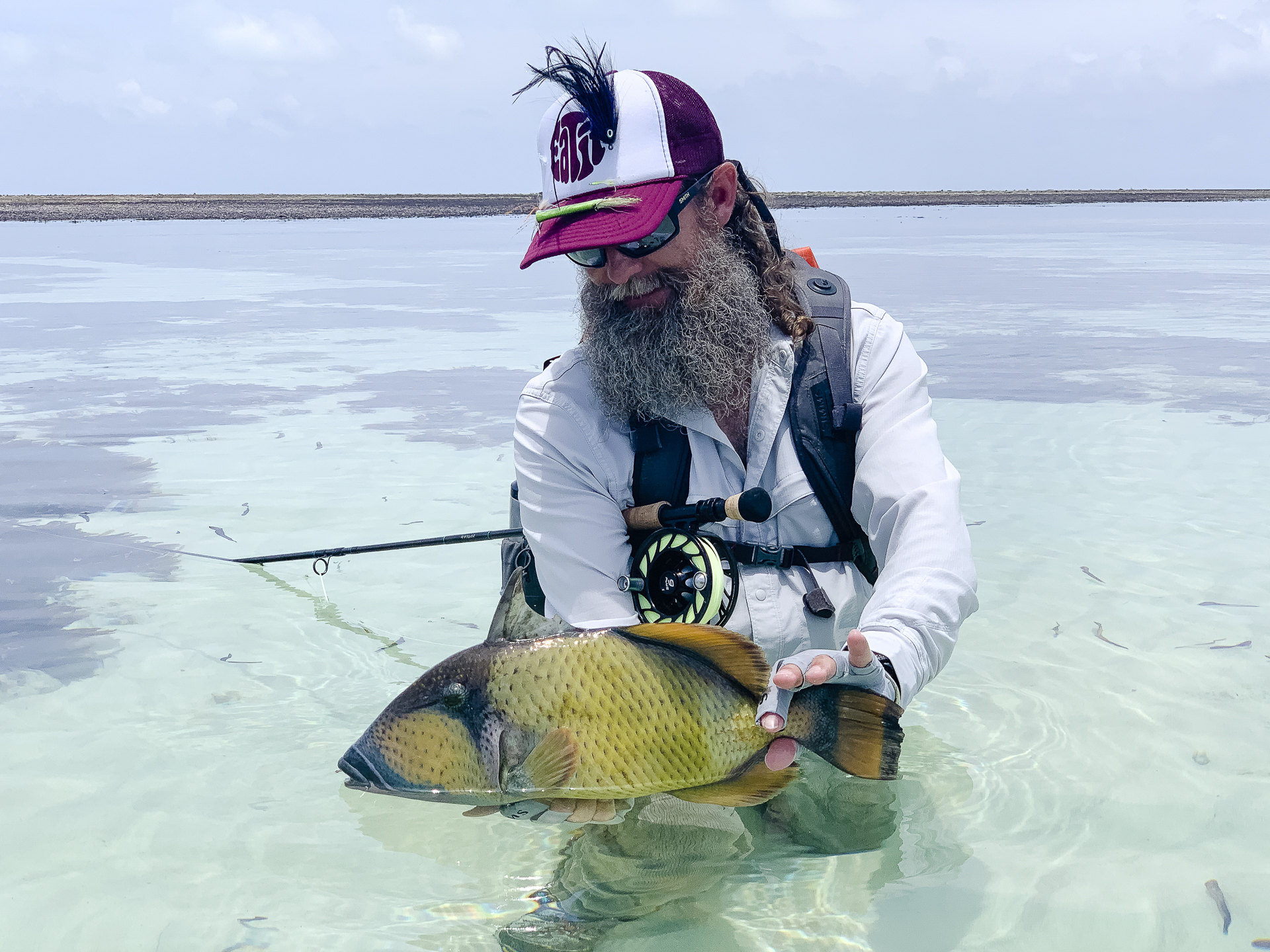 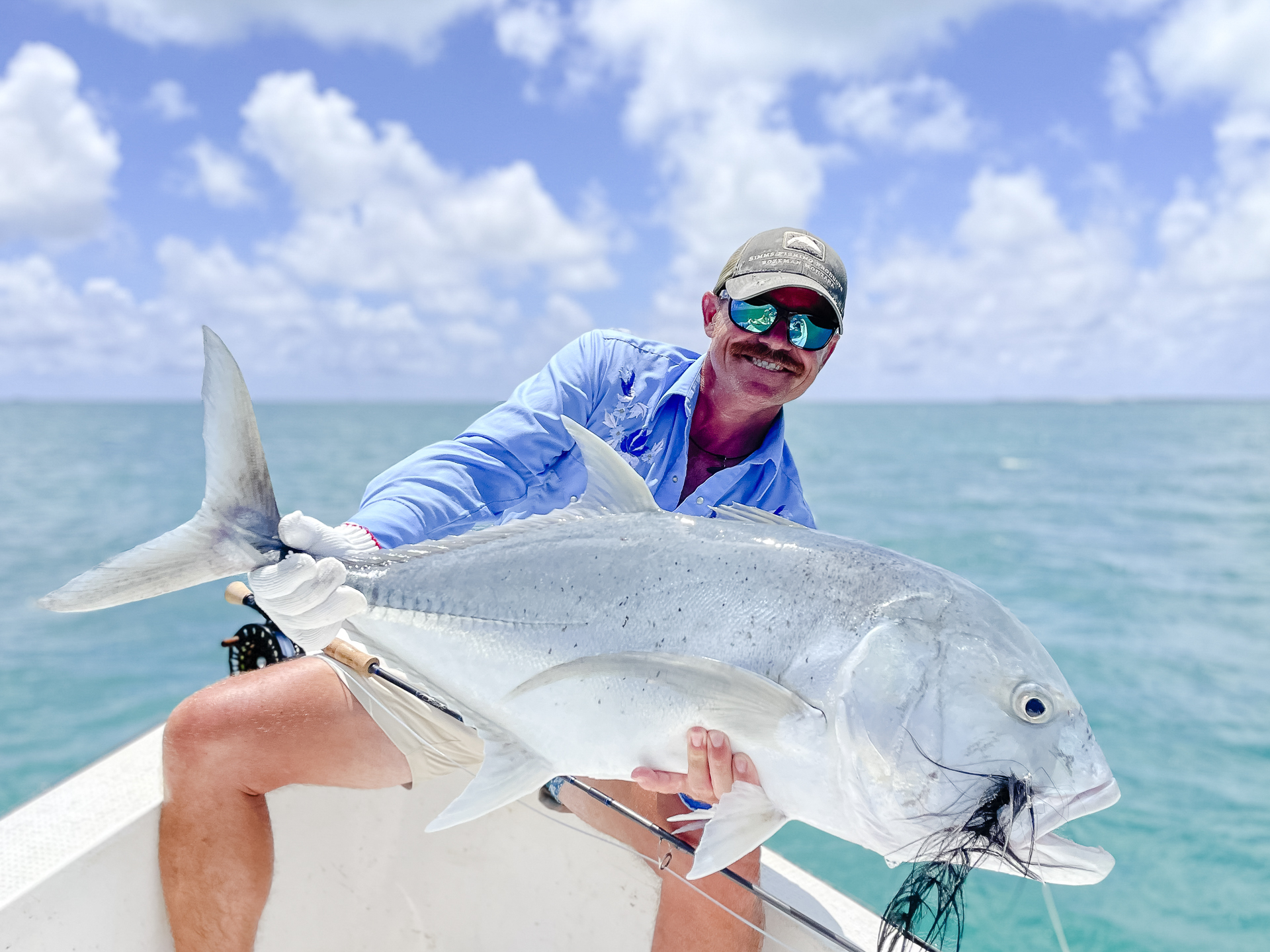 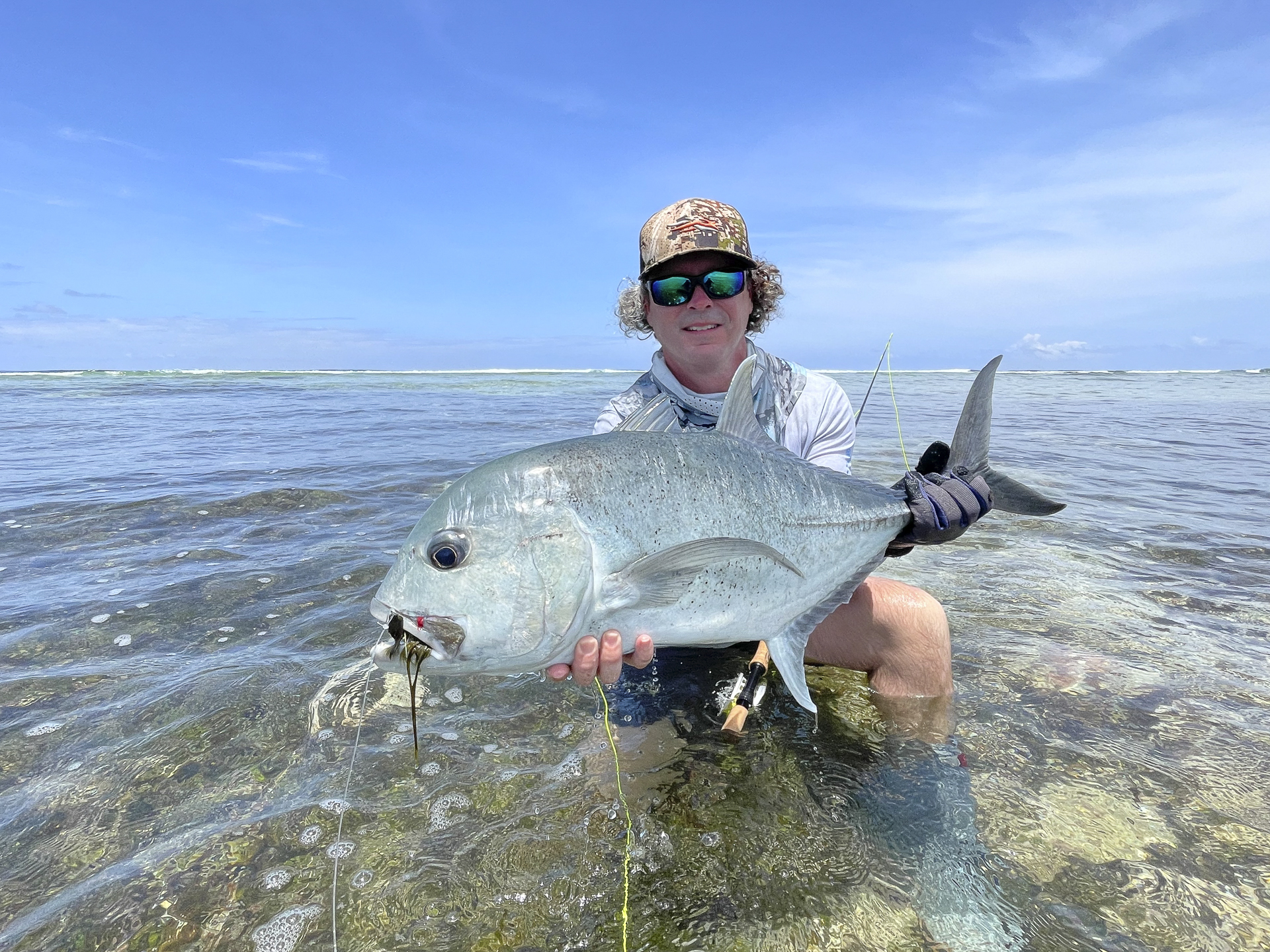 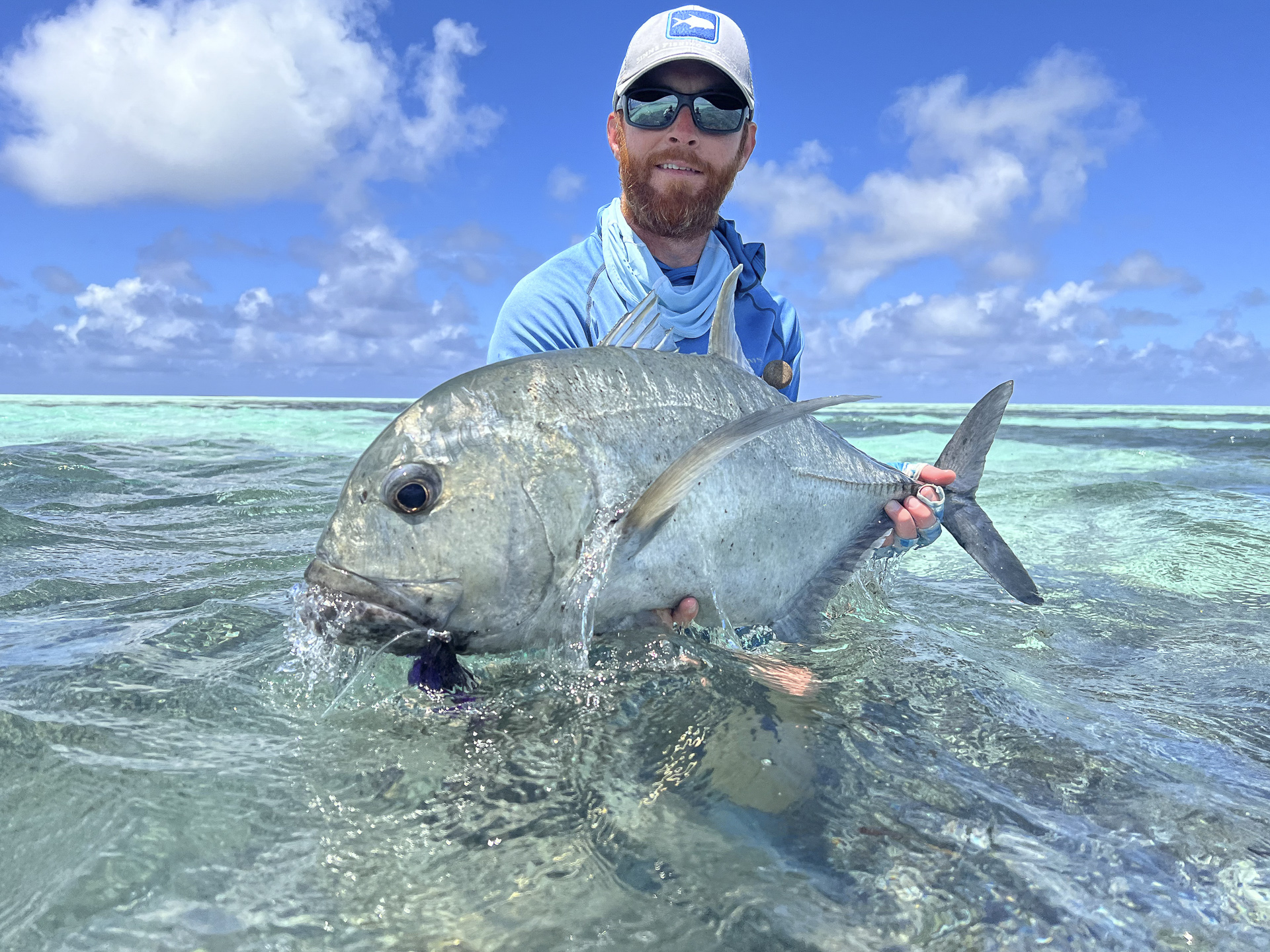 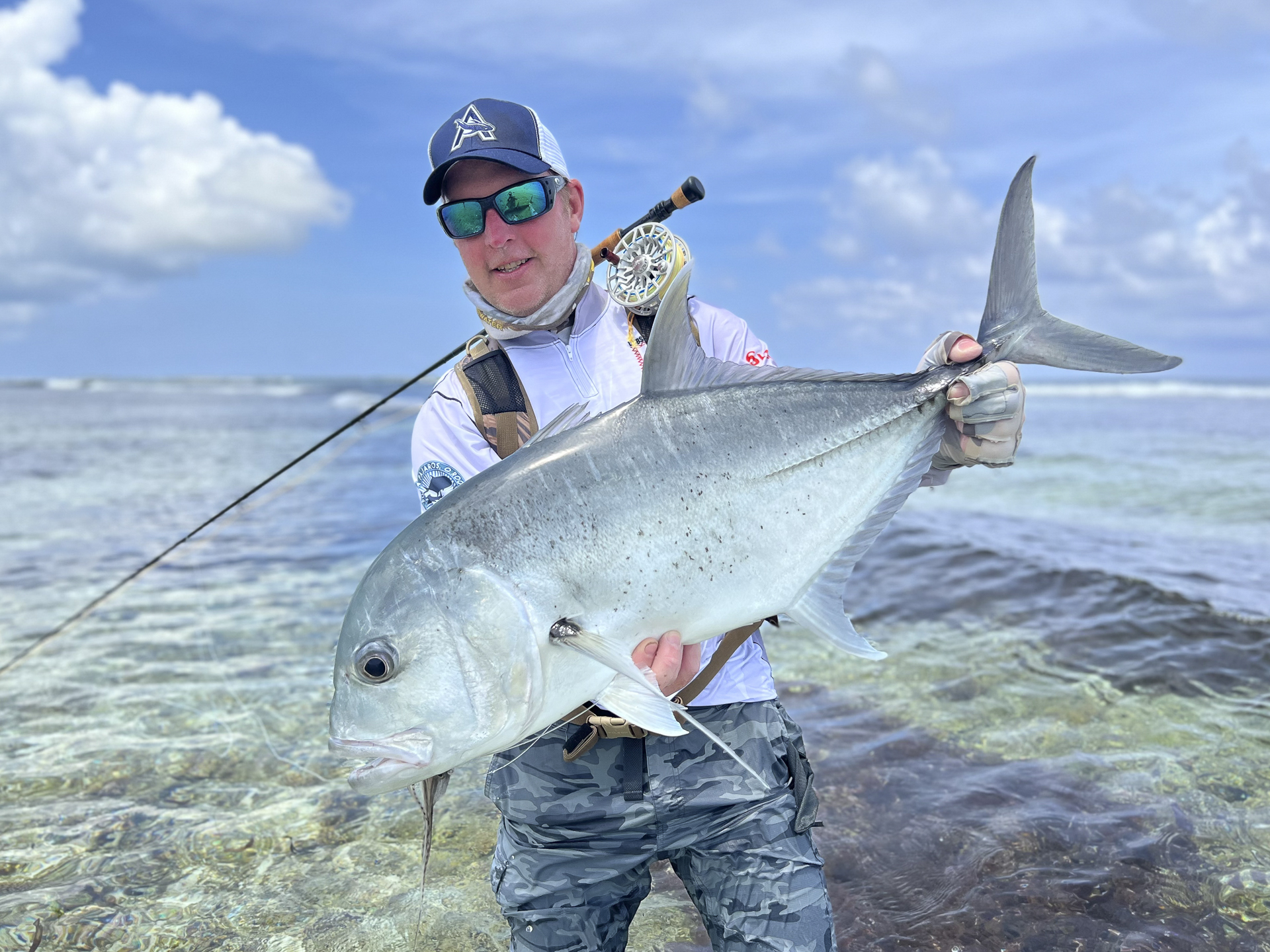 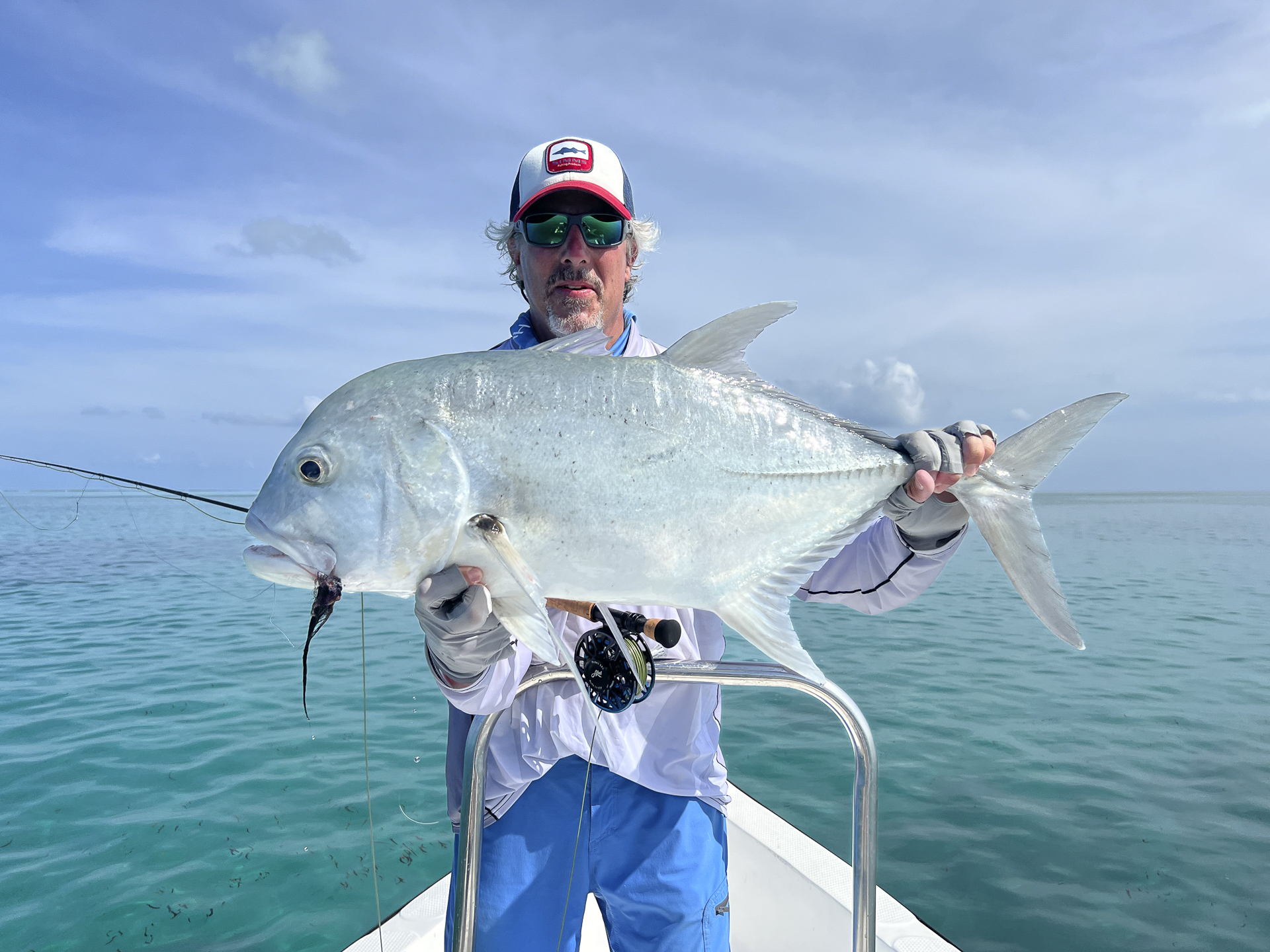 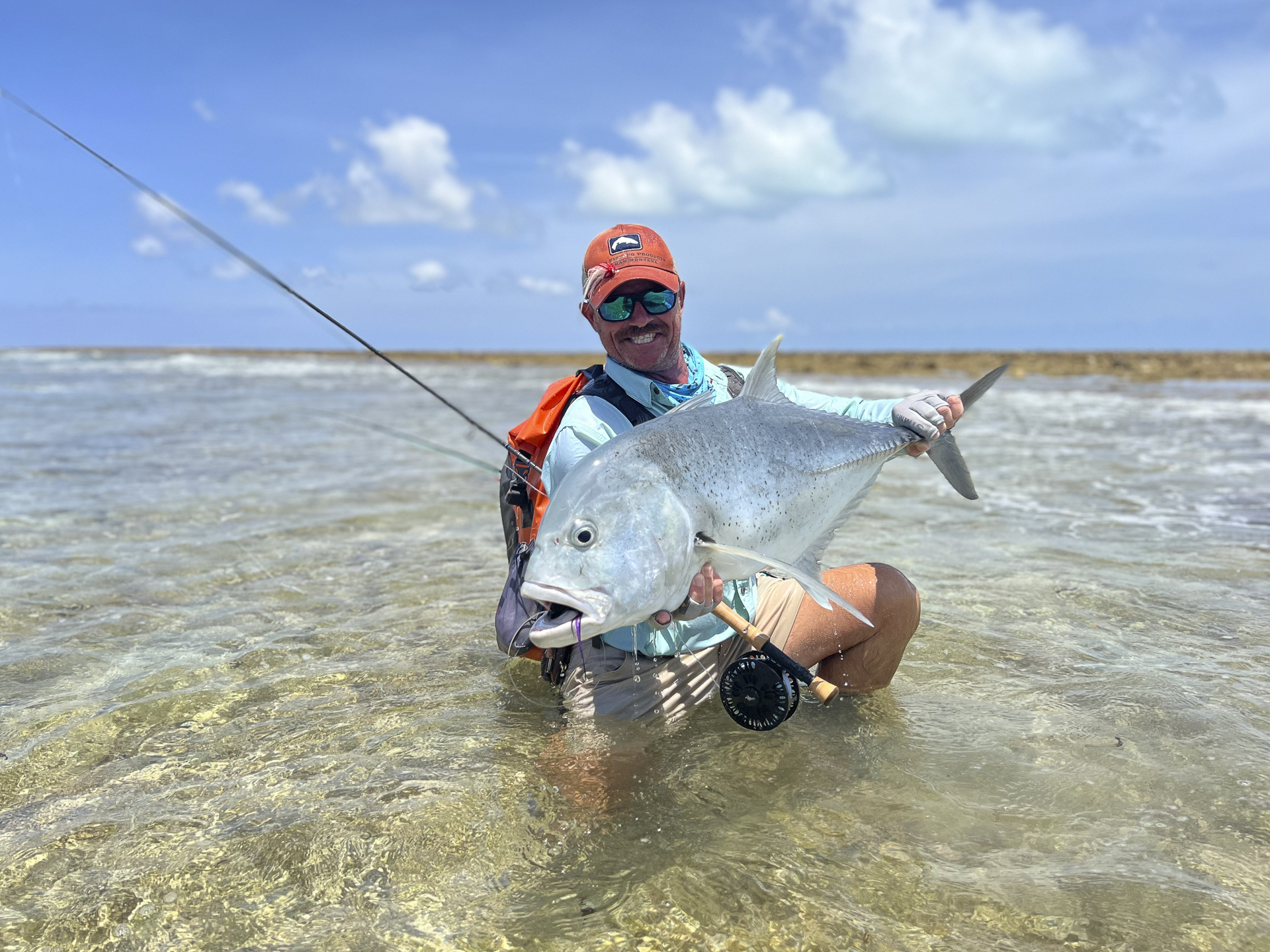 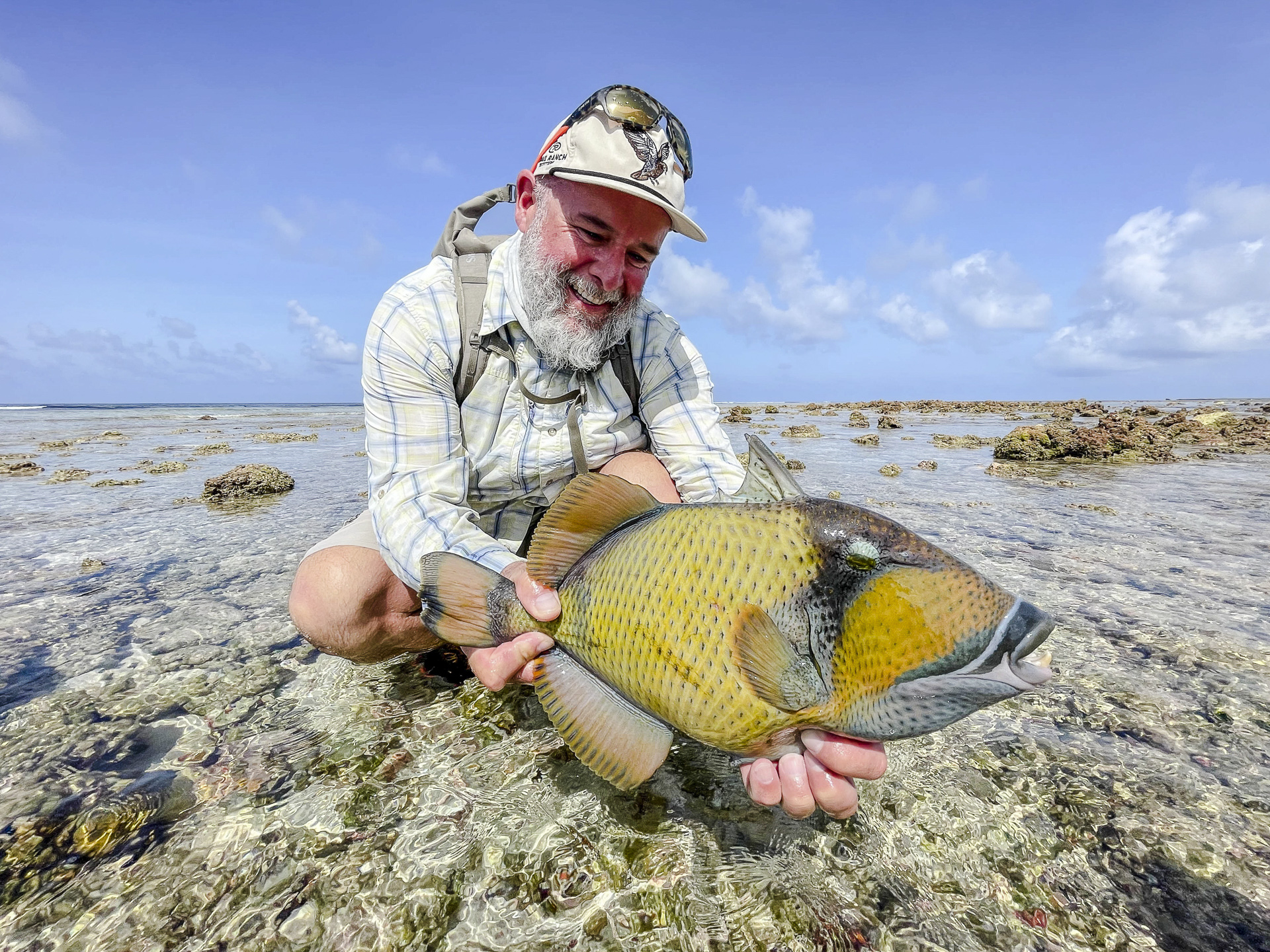