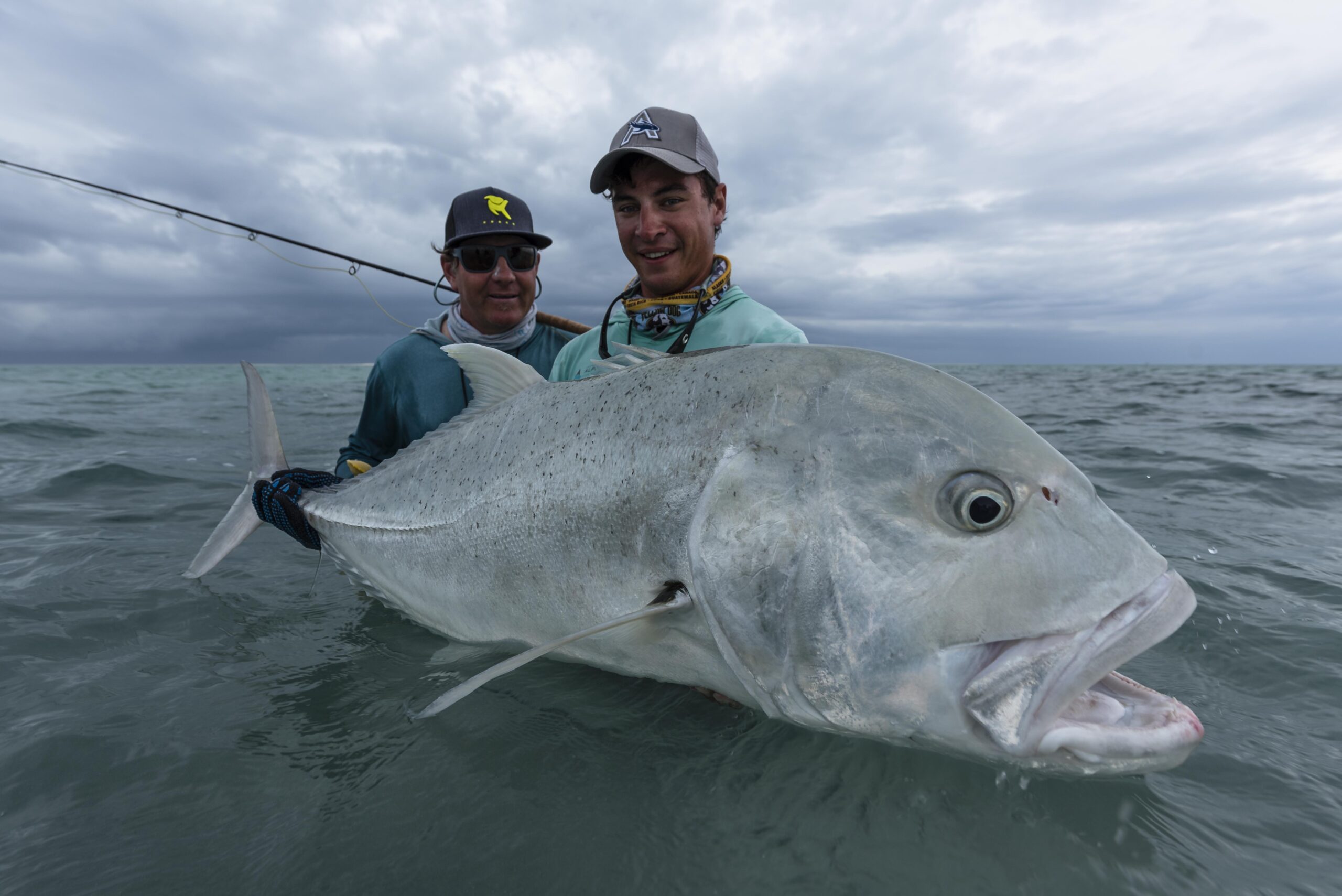 This week started off with a bang, having some great sunny days on the flats with light wind made Bonefishing an absolute pleasure. The total count by the weekend was 464 bones and the trophy of the week going to first-time bonefish wrangler Joe Masiello landing a fish of 64 cm.

Despite having the worst weather day in years gone by, the GT fishing was tough in high winds and rain, but not that tough for Jason Carrico and super guide Cullan “jub jub” Ashby who tailed the monster of the week at 105 cm!

The GT numbers seemed quite good throughout the week and the boys managed to land 8 fish in total all around the 60-80 cm range.

Lastly, our friend John Stott and his guide Scot hooked a brute on Day 4 but the fish broke the fly line like cotton, leaving all in sundry and trembling with adrenaline. The Triggers were around but poor visibility and strong winds put them in the lead with 1-0 going to the triggers this week.

Bad weather can also be a good thing, making it easier to get close to fish without spooking them. John and Seychelles resident guide Serge “Rasta man” Samson got hold of a beautiful 64 cm Permit on East Knoll during a rainy day early in the week.

John also managed to hold onto a Barracuda on the flats without a wire leader. With the fish reaching 100 cm in length, some might say luck, but others record John can talk to fish!

Our bluewater team did extremely well considering the rough seas and heavy current. The team raised a good number of fish with Gregory and Pascale bringing in most of the Briny. A total of 12 Sailfish were raised with two coming to hand and 4 Wahoo boated made for some great action during the three half-day outings.

We are in positive spirits for the following week as we look forward to the spring tides and sunny conditions we all love.

As we creep up on our goal of 70 tagged GT’s we have begun targeting certain groups of fish whose movement and activity we want to know more about.

Ratpacks are groups of 10+ small (50-70 cm) GT and bluefin that roam the lagoon and are something we have been pursuing all season with no success… until this week! We finally tagged a nice 53 cm fish off a ratpack that appeared on one of the finger flats.

Additionally, a monster 105 cm GT was caught and tagged in the upper lagoon and will provide some important insight on how ‘lagoon’ fish may be using different areas of the atoll. 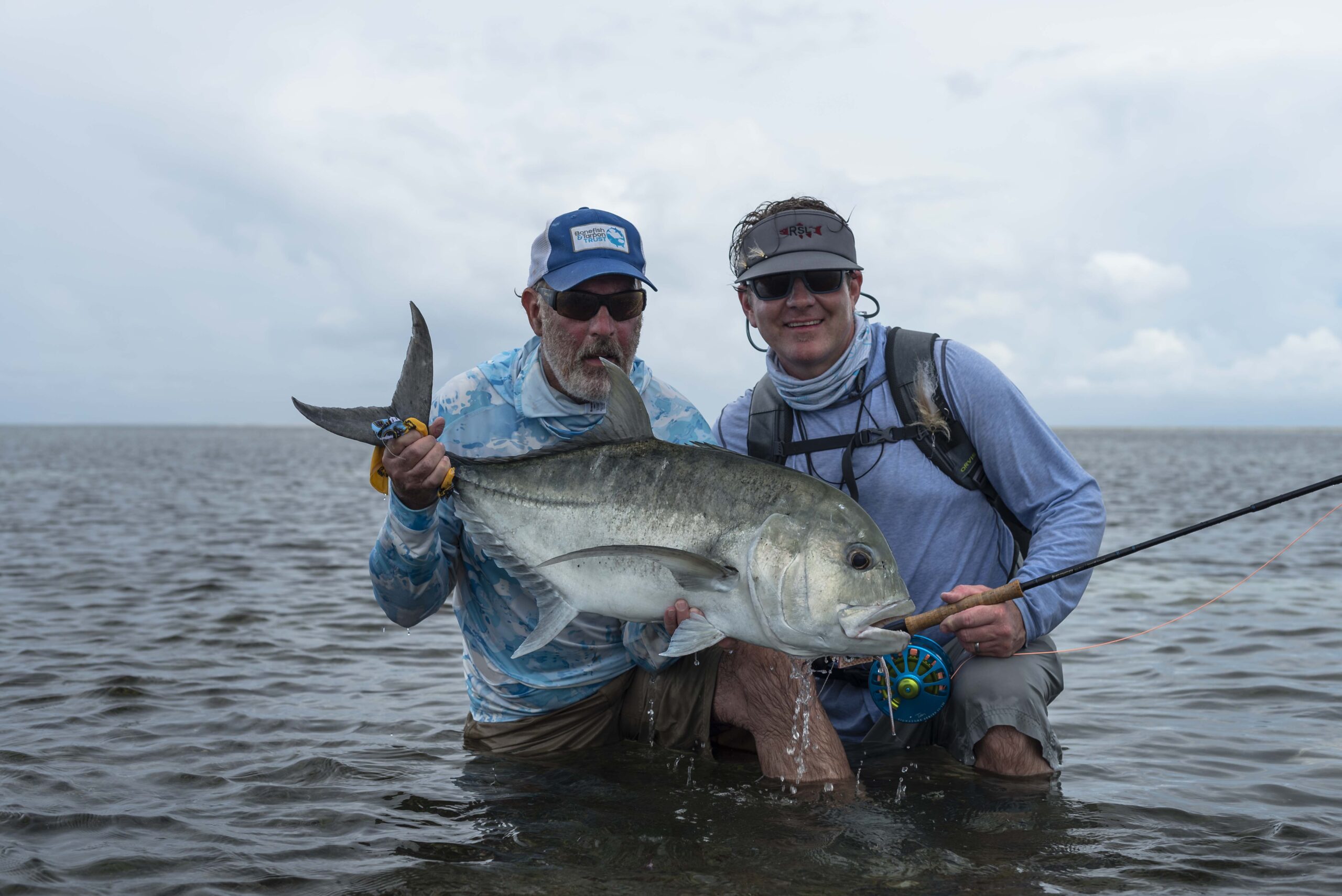 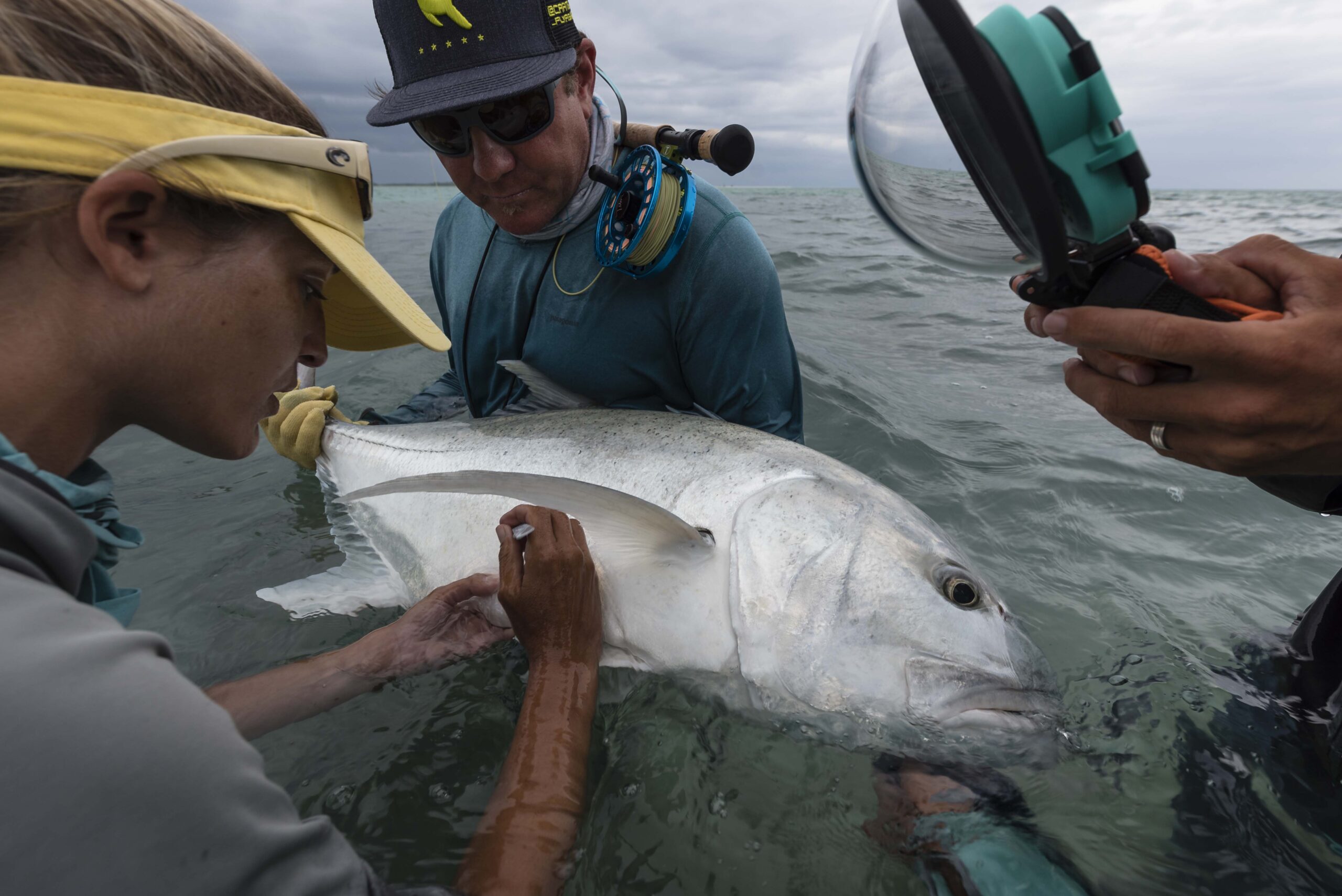 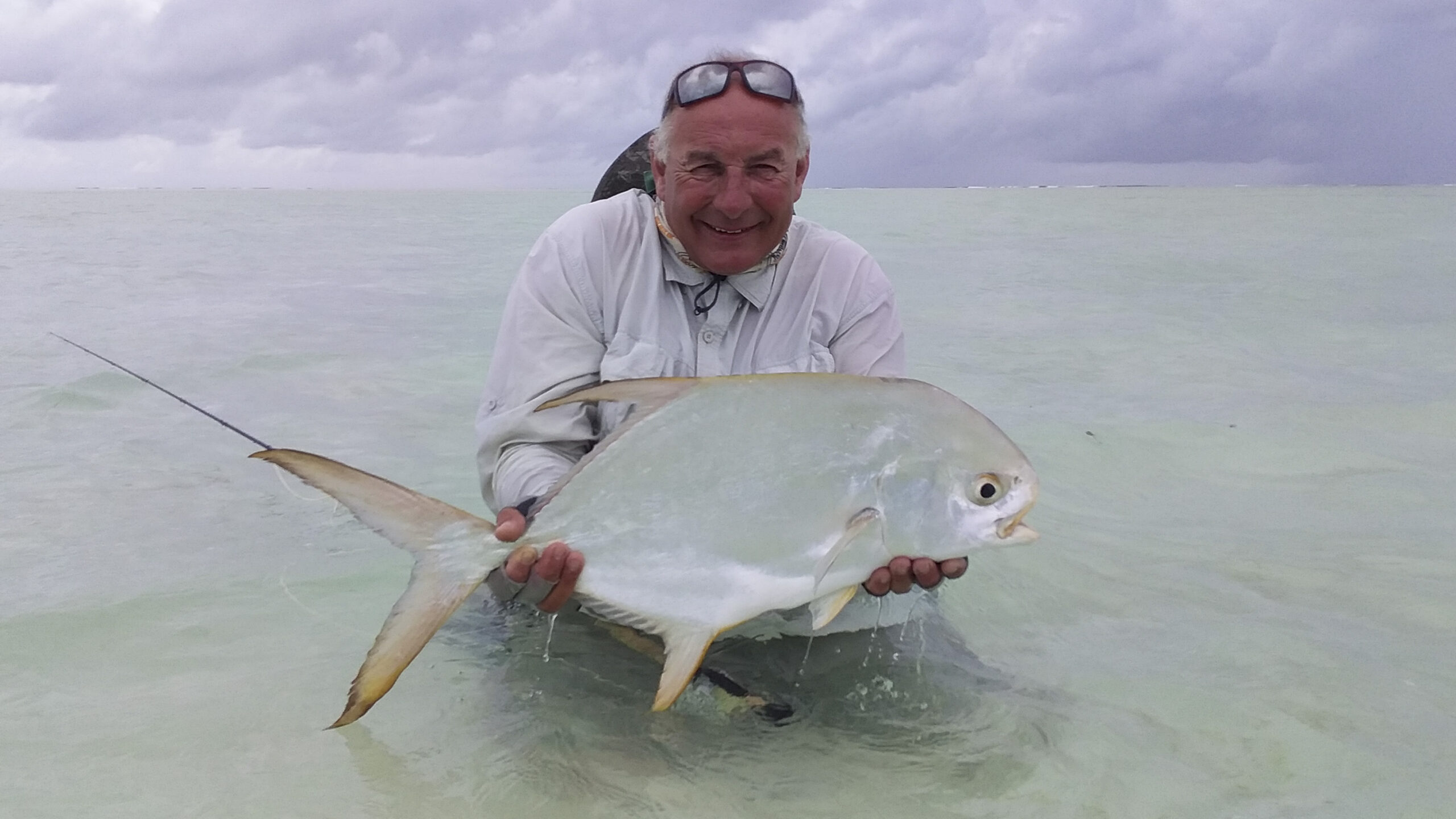 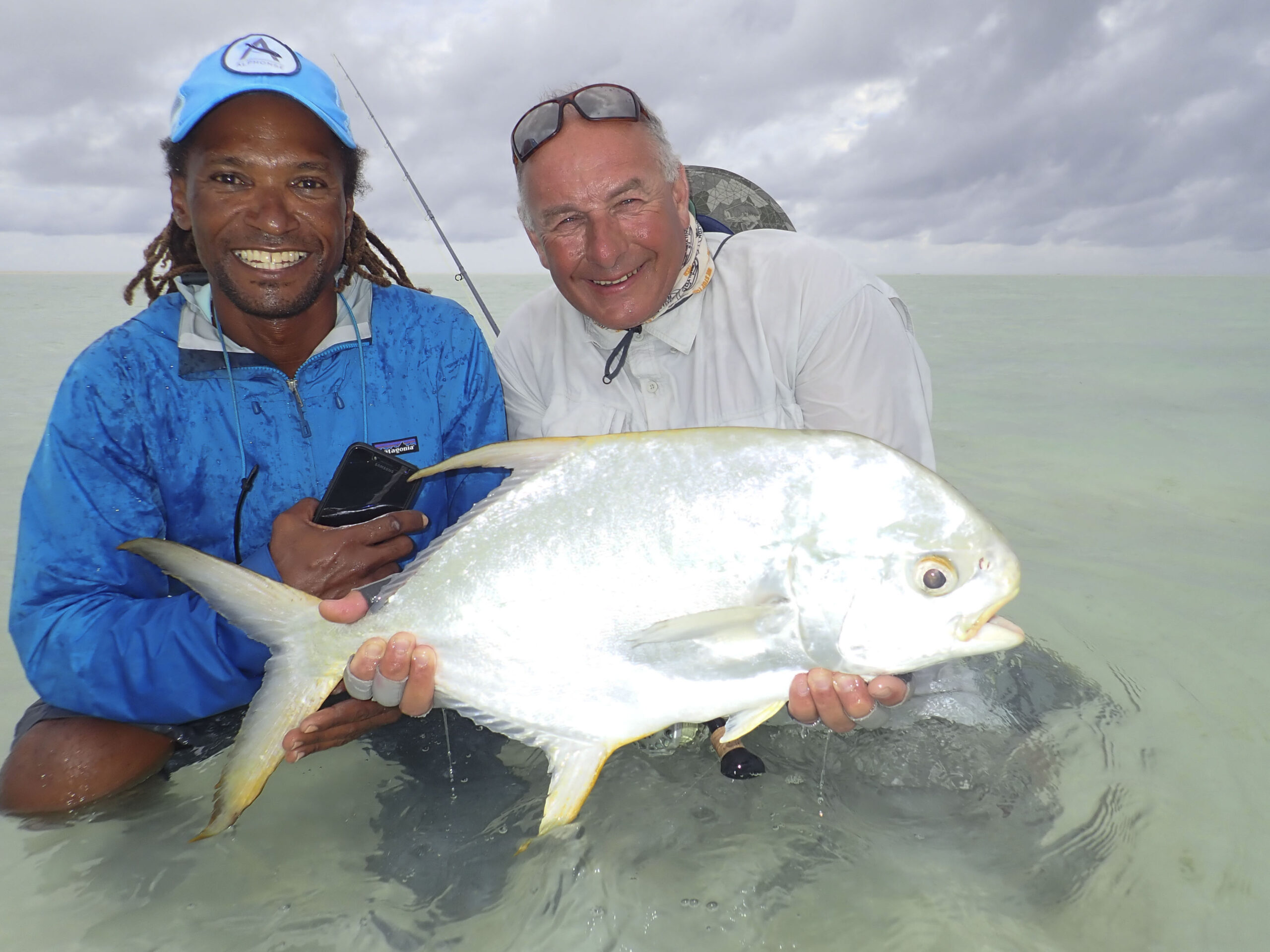 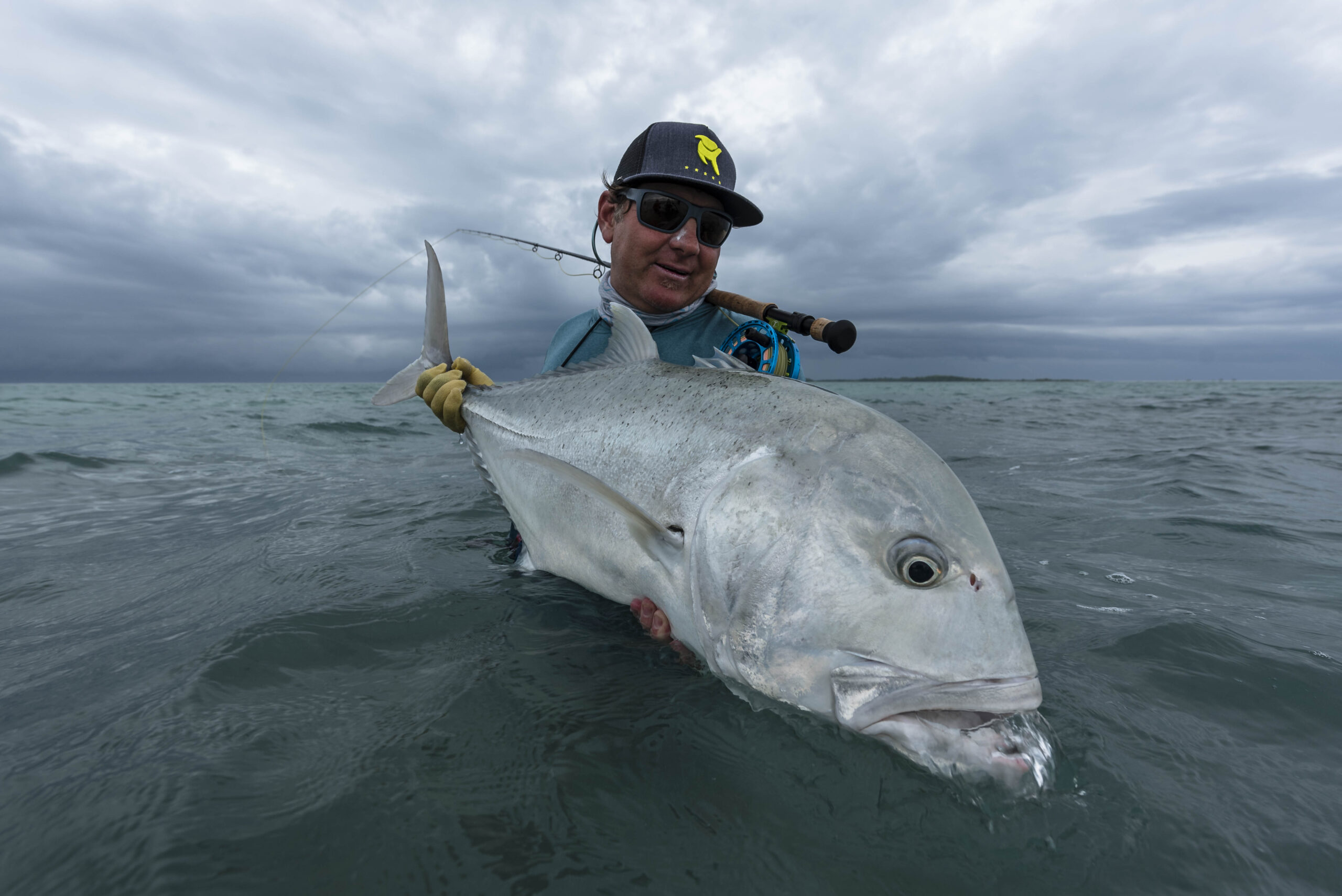 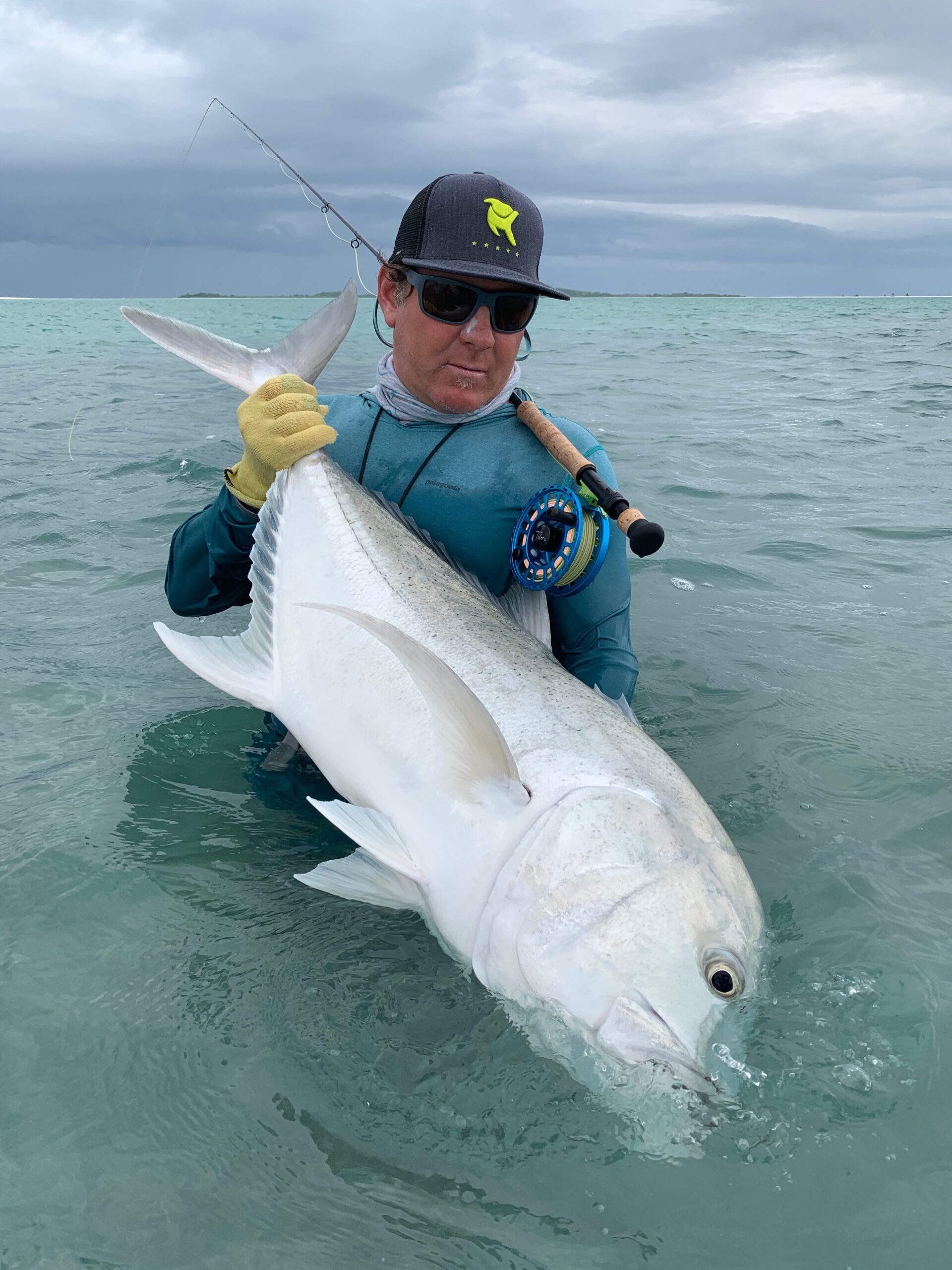