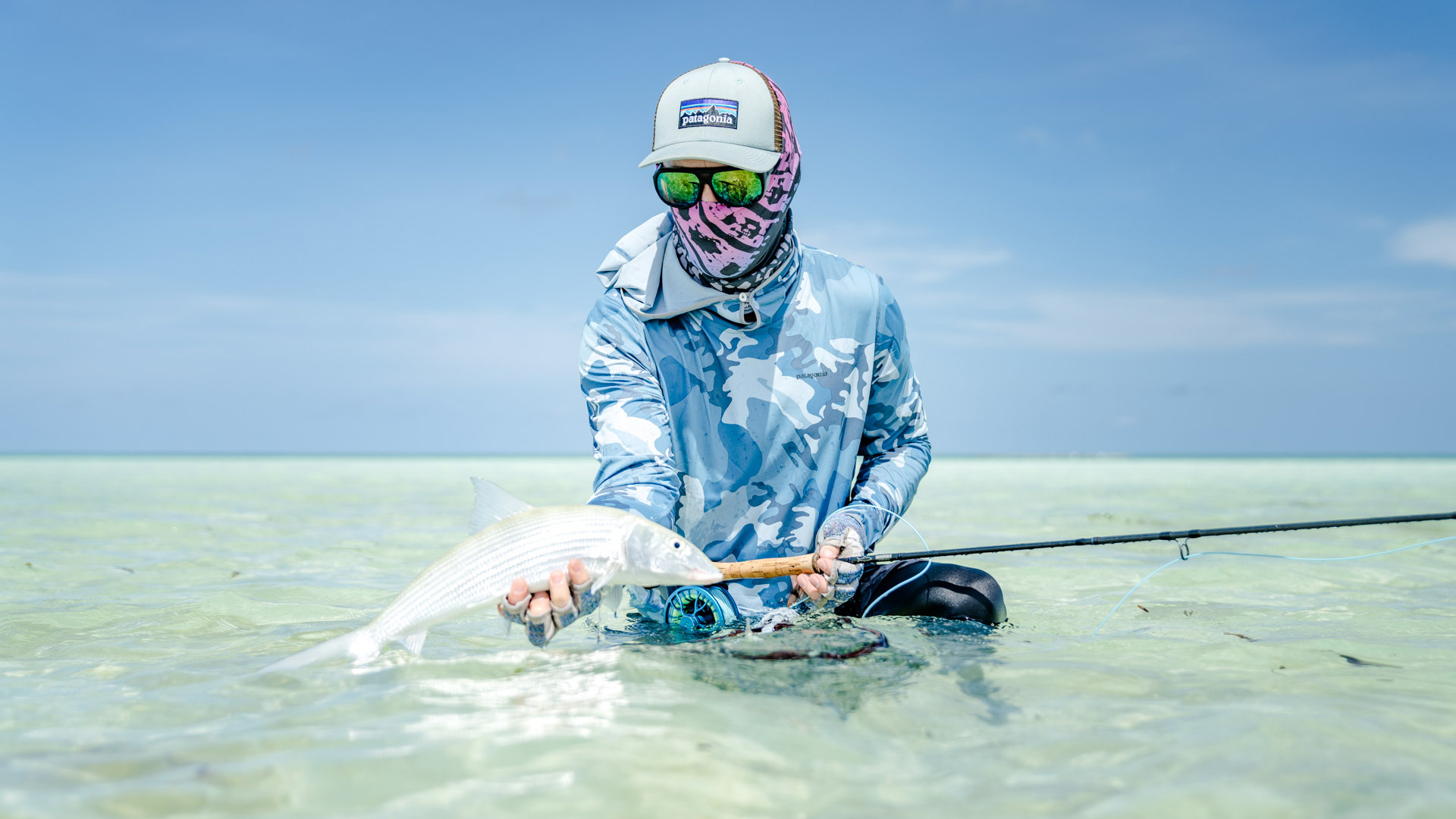 Alphonse Island has been very festive over the last week with staff and anglers celebrating the New Year in style. Anglers were fortunate enough to experience the best weather Seychelles has to offer. Light winds and sunny conditions tied in with a transition from neap to spring tides allowing anglers some amazing fishing opportunities.

The bonefish have been as good as ever, the largest bone over the week measured 65 cm weighing around 6.5 lbs. Anglers managed to land 154 bonefish over the week. Nick Howarth had been trying to get his hands around the tail of a GT for the last two weeks. Nick started the New Year off with a bang landing a 94 cm fish on the first day of the year. We were fortunate enough to be joined by Alexy Lavrova. Alexy is a world-class fly fisherman who has fished most parts of the world. Alexy joins us every year and this year he also started the new year with a bang. Alexy managed to land two GTs measuring 64 cm and 65 cm.

Mr David Keens was keen to catch a milkfish. The tide and weather were perfect, and the milkfish were up and happy. David managed to hook into a massive milkfish, after fighting, unfortunately, the fish was lost right at the boat after a lengthy three-hour fight. It was decided between anglers and guides that if the fish were landed it would have been an IGFA world record-sized milkfish.
Another fantastic week was spent at Alphonse Island fishing the St Francois Atoll. Memories were made and bonds were formed that will last a lifetime. Stay tuned for next week’s report as we are sure you won’t want to miss it. 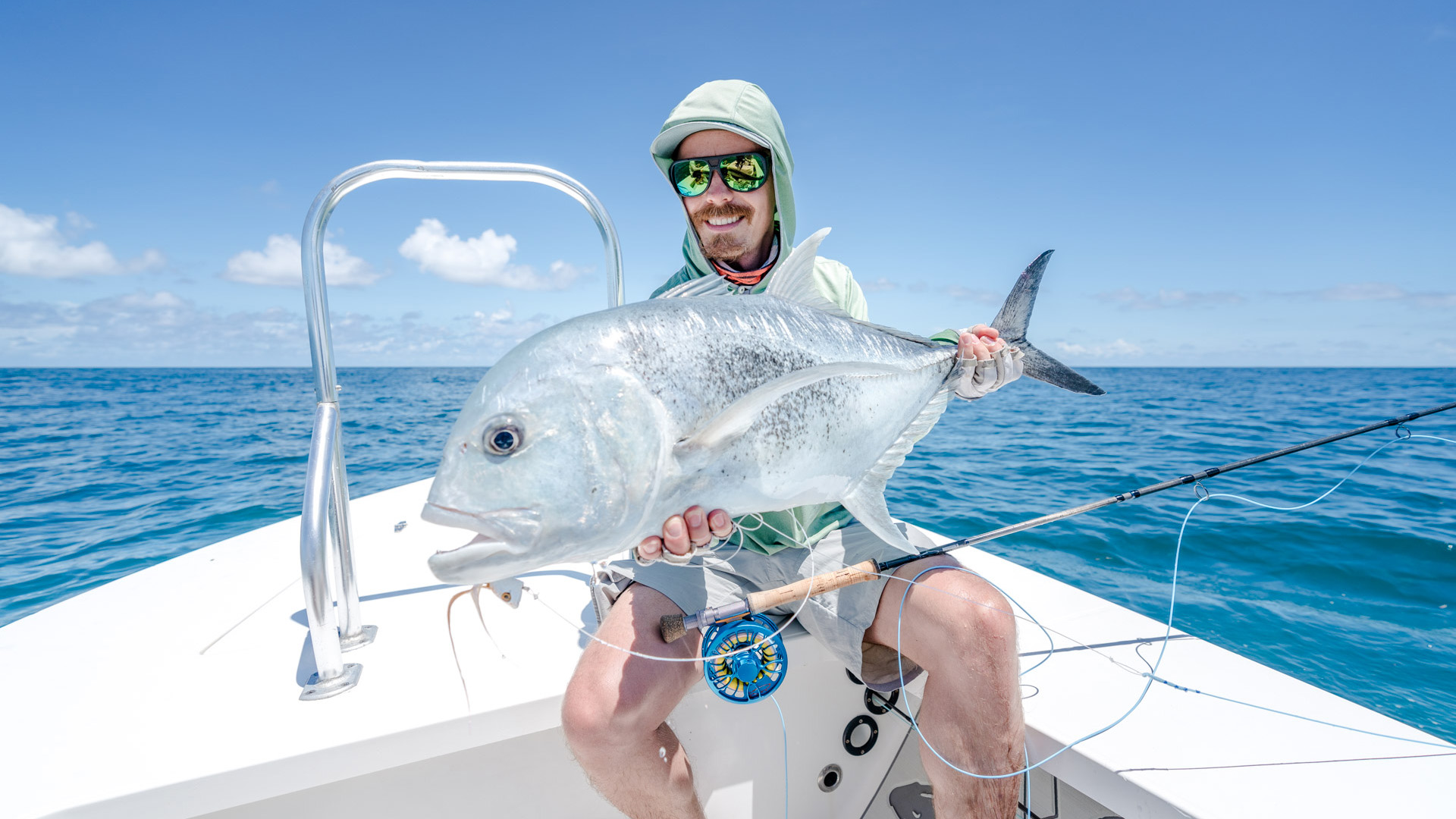 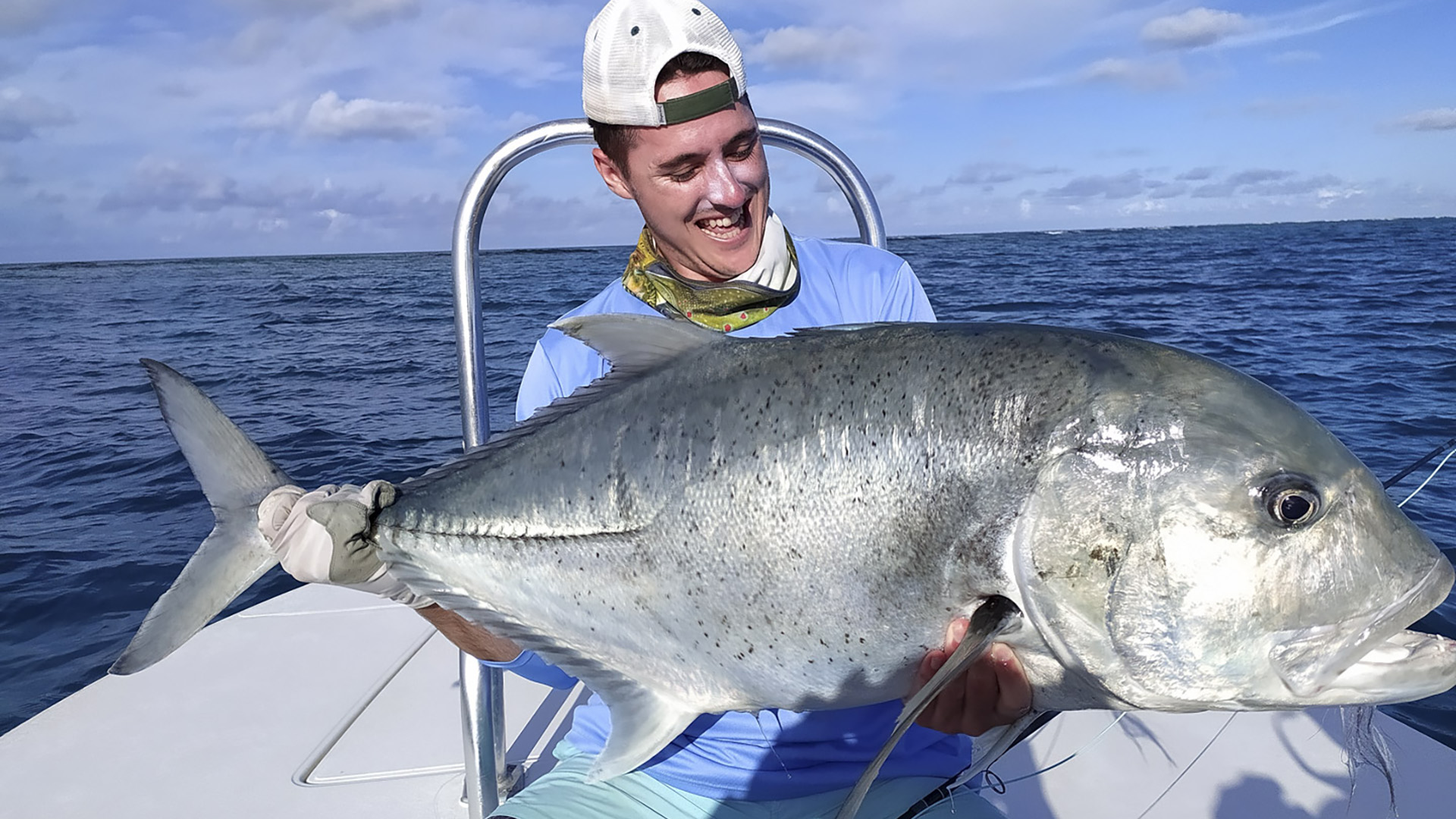