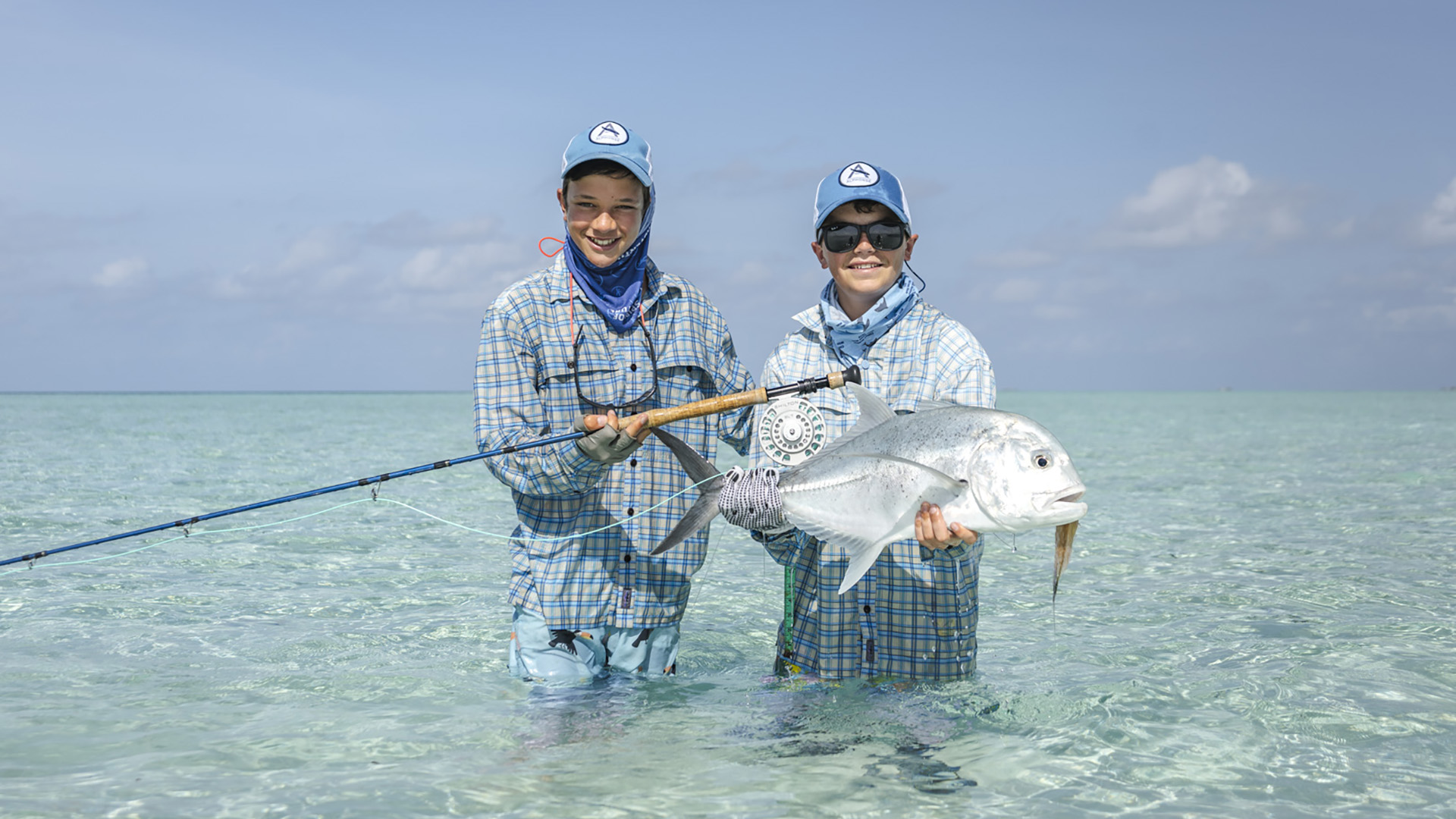 After a short Christmas break, we had the Collins and Baker families out for the New Year period. A slightly different week with only five of the Guests being completely dedicated to just fishing.

The first day had the boys out and about hunting the flats for any fish that moved. The wind was a bit harsh but by the end of the day, all the newcomers had landed their first GT and experienced some of the magic the Cosmoledo Atoll can hand out.

The ladies had a slightly later start spending time in front of the lodge and walking Wizard Bay. When the tide pushed, they all headed out to the coral gardens outside one of the larger channels and had a fantastic time snorkelling in what was described as a massive aquarium of colour.

A flats lunch was set up on NE Island and after a morning full of exciting fishing, both families, met up for a scrumptious lunch in the water.

Murray and Adam Collins had a similar fate, losing meter+ fish for two days in a row through sheer bad luck. On both occasions, the line wrapped and got stuck on something during the fight and the line exploded. Murray Baker had a special day mid-week with a flats slam consisting of a moustache triggerfish, a nice bonefish and a respectable 78 cm GT.

A slightly different week to the normal but a fantastic week enjoyed by the guests going into a great New Year.

from the Alphonse fishing Co. Team on Cosmoledo. 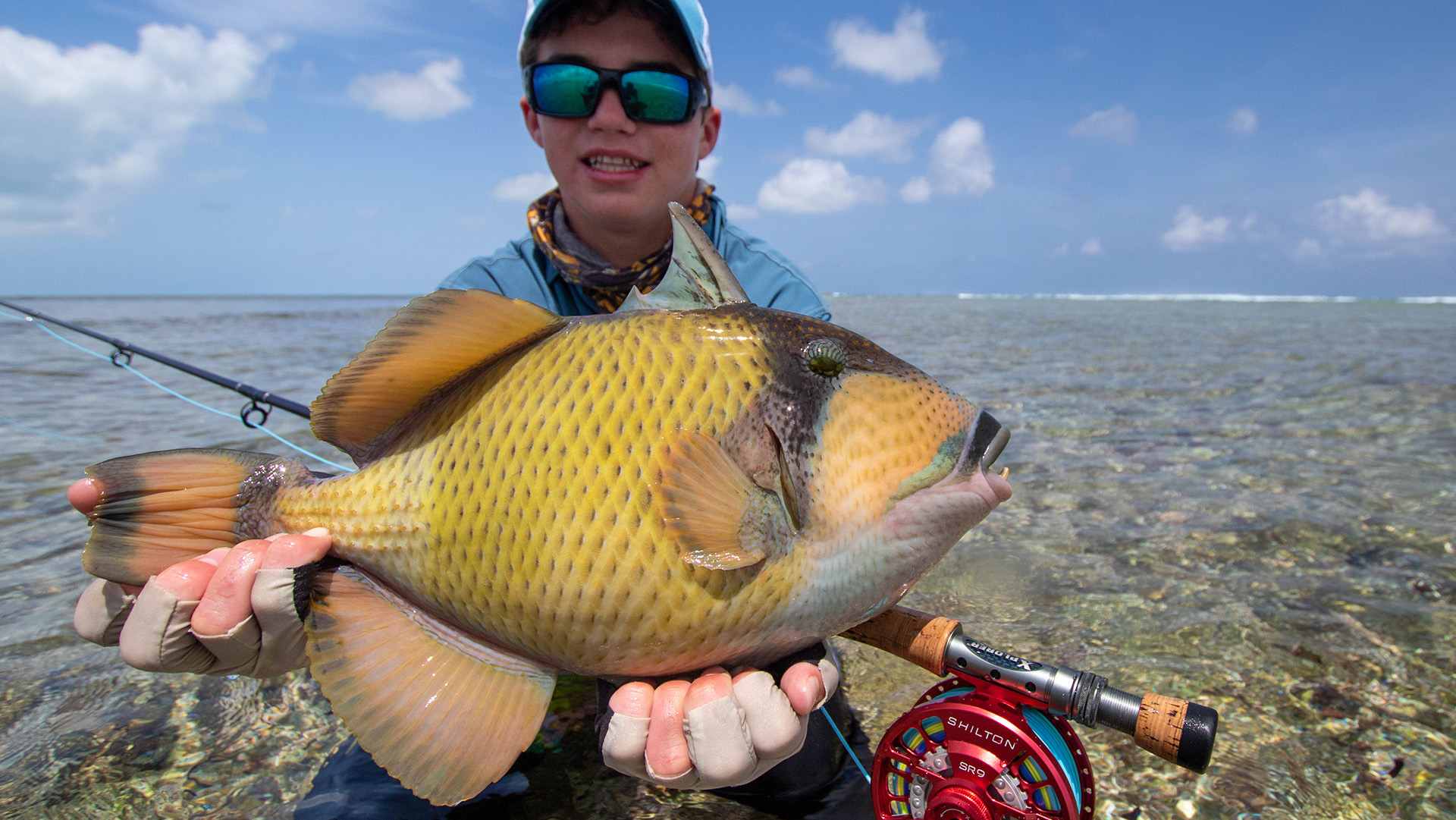 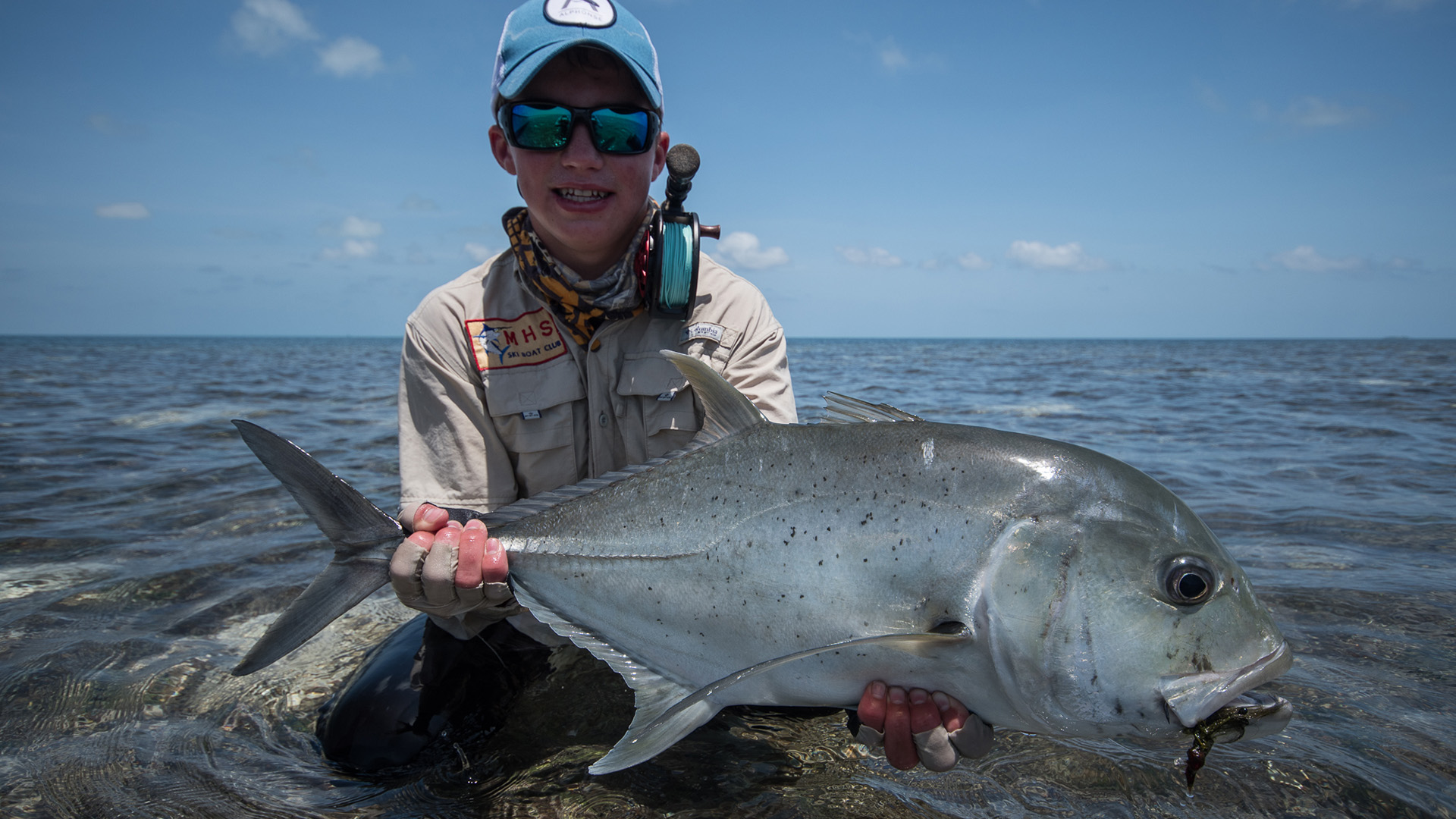 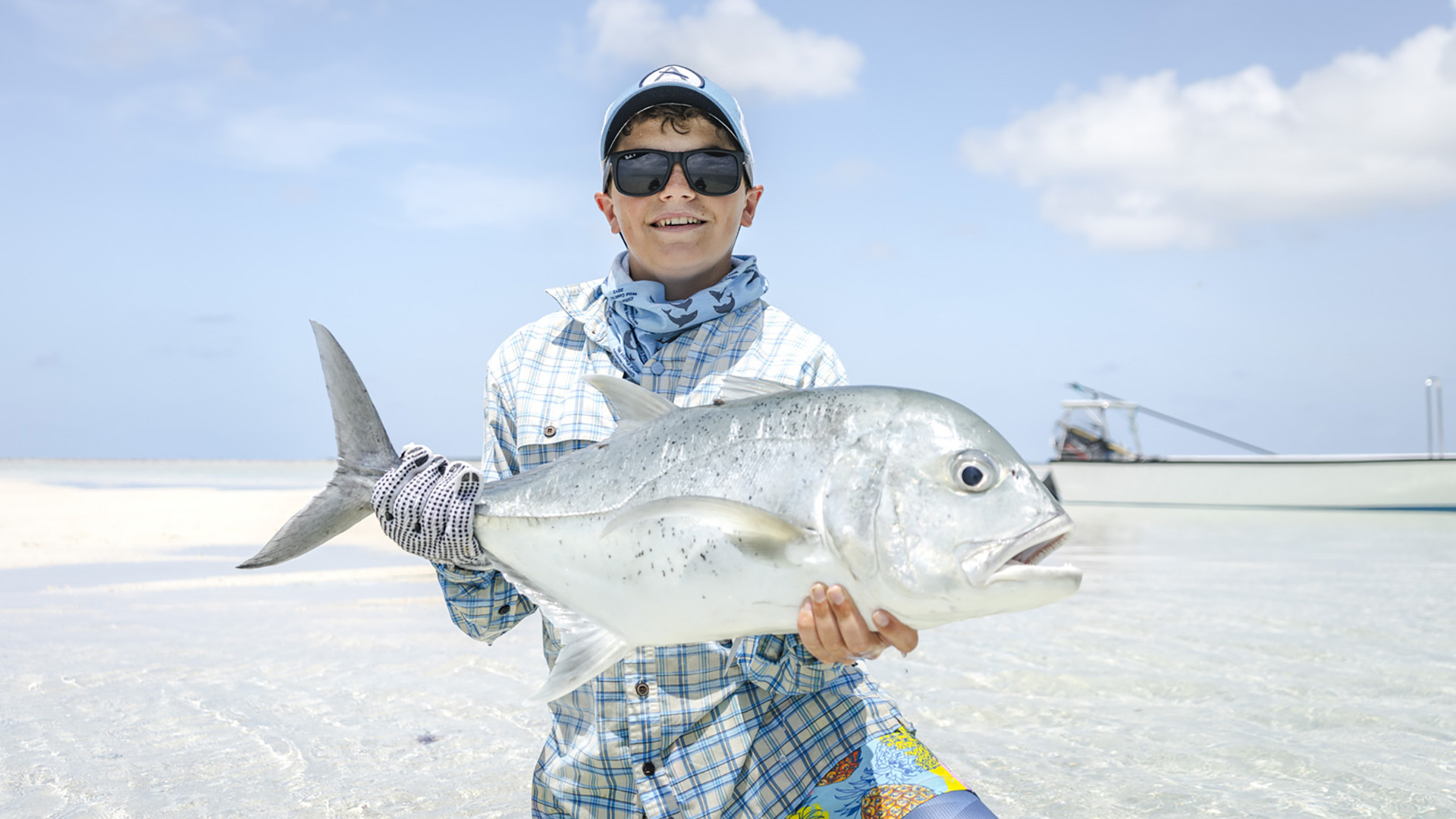 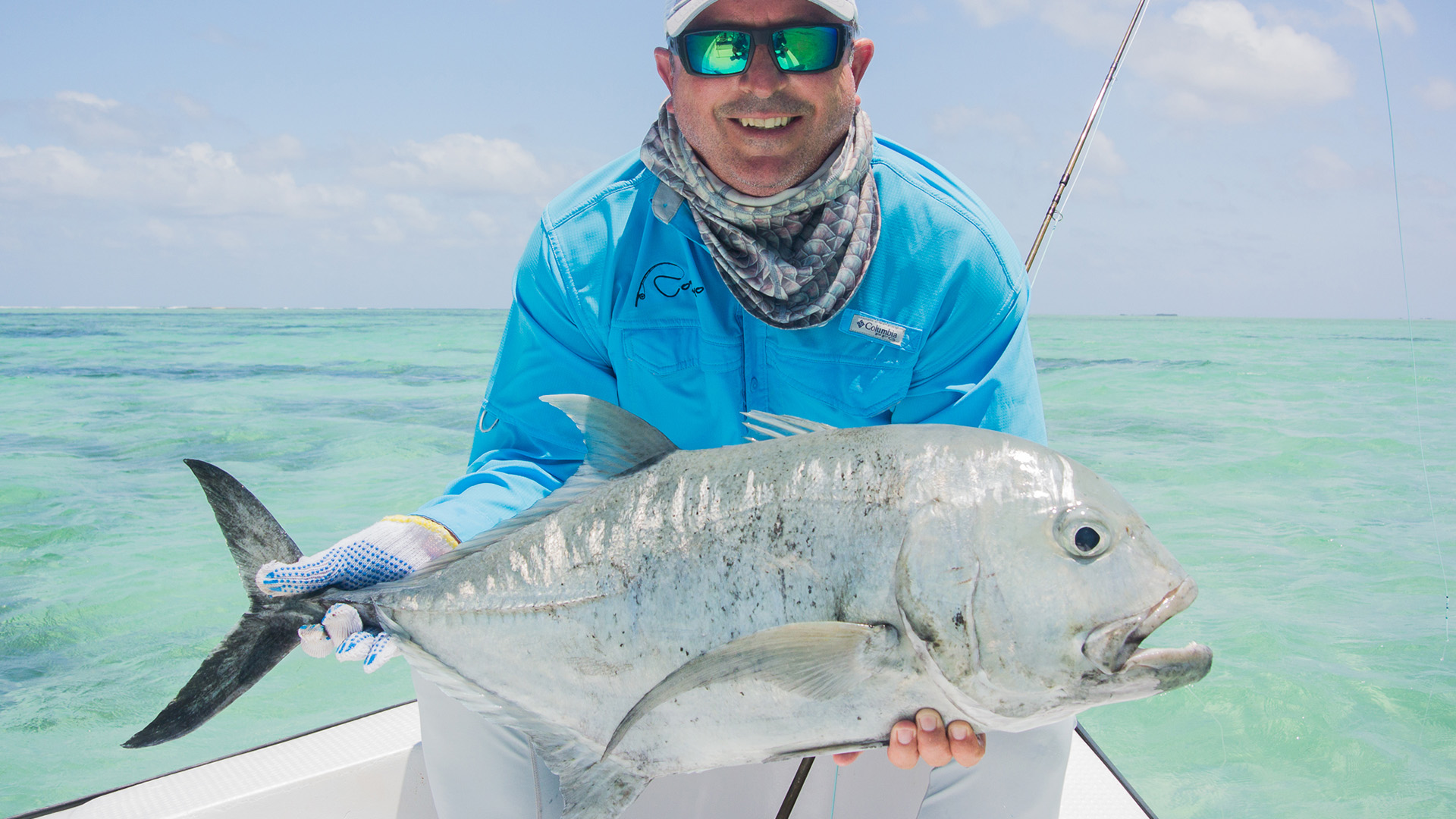 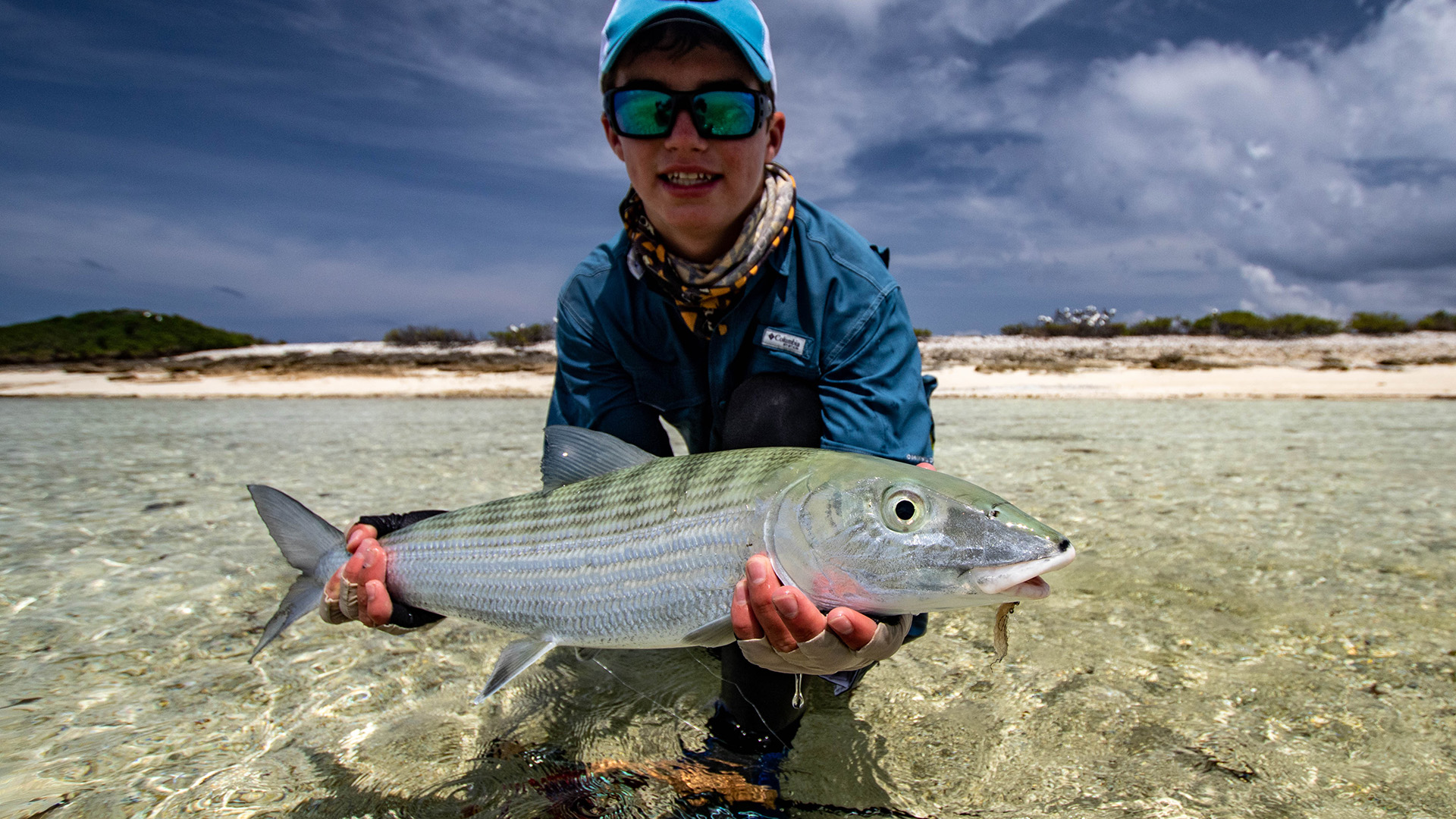