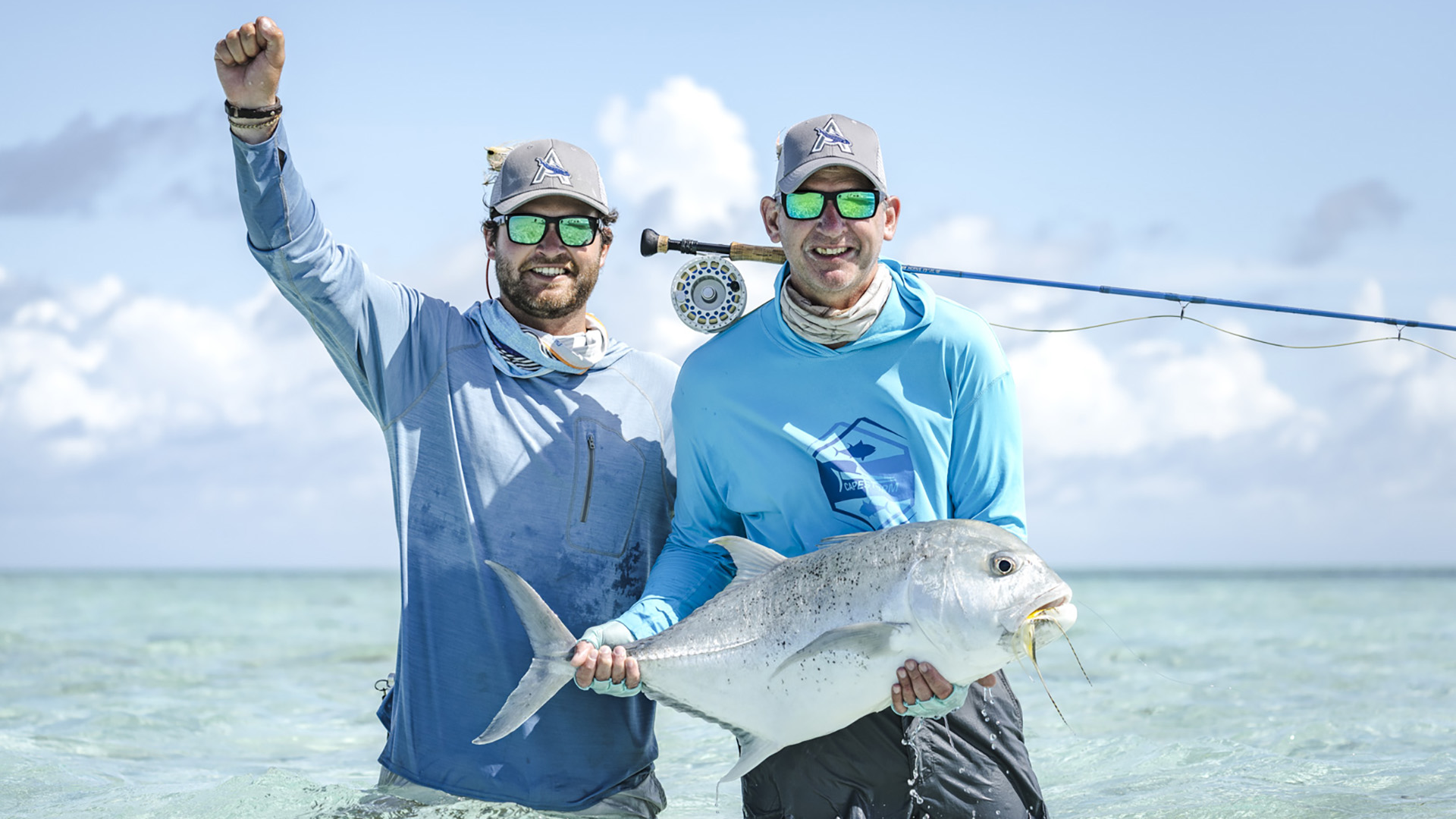 Father Christmas delivered some excellent fishing to Alphonse and St Francois Atoll over the week. Anglers have been in high Christmas spirits with some brilliant catches reported over the week. The westerly wind has set in and brought with it some fantastic fishing conditions. The weather has been very good over the Christmas week, which made everything even better.

Day one was off to a brilliant start for Mike Capon. Mike was eager to land a GT on fly and was fortunate enough to land two GTs measuring 65 cm and 70 cm, Mike also topped his day off with 10 well-sized bonefish. Day two was a brilliant day for a fishing legend Mr Rory Fleming. Rory managed to land a Flats Slam consisting of a 38 cm permit, a 60 cm bonefish and a decent sized moustache triggerfish. Mike Capon also landed another GT measuring 81 cm.

Day three was another brilliant day for Rory. Rory managed to land a bonito and a tuna on fly, this is quite an accomplishment as not many tuna are landed on fly around Alphonse. Rory also topped his day off with a massive 59 cm permit. Mike Capon teamed up with Alphonse Guide Warren Graham, Mike managed to land his fourth GT in three days giving him a flats hatrick.

Day five was a great day for Kelly Dangoor. Kelly landed his first-ever flats slam consisting of a 38cm Permit, a large bonefish and a 60 cm GT. The bonefishing is as good as ever. Alphonse is lucky enough to be named the best bonefishery on the planet. Anglers managed to land 172 bonefish over the week.

Tight lines from the Alphonse Fishing Co. Team on Cosmoledo. 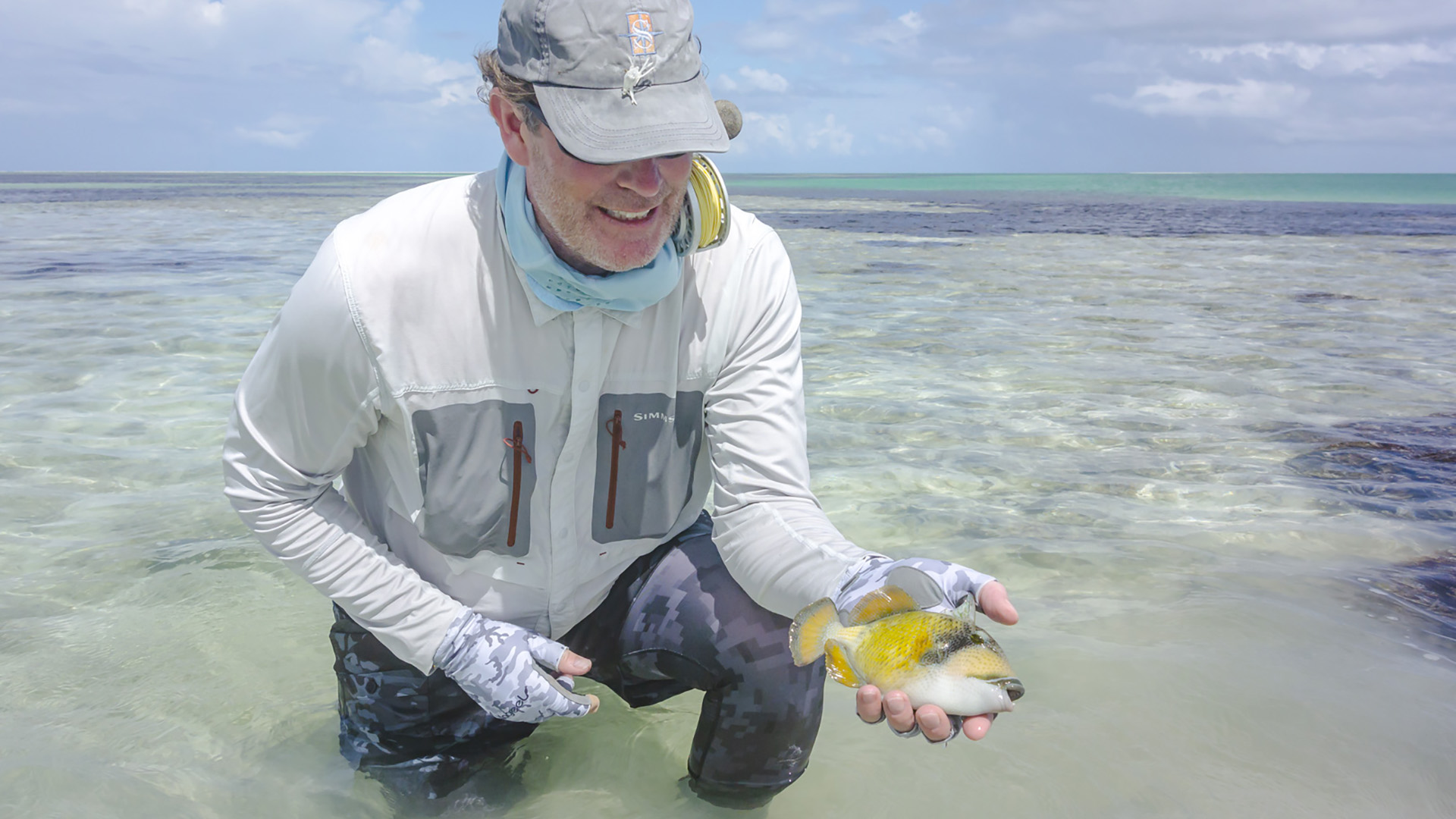 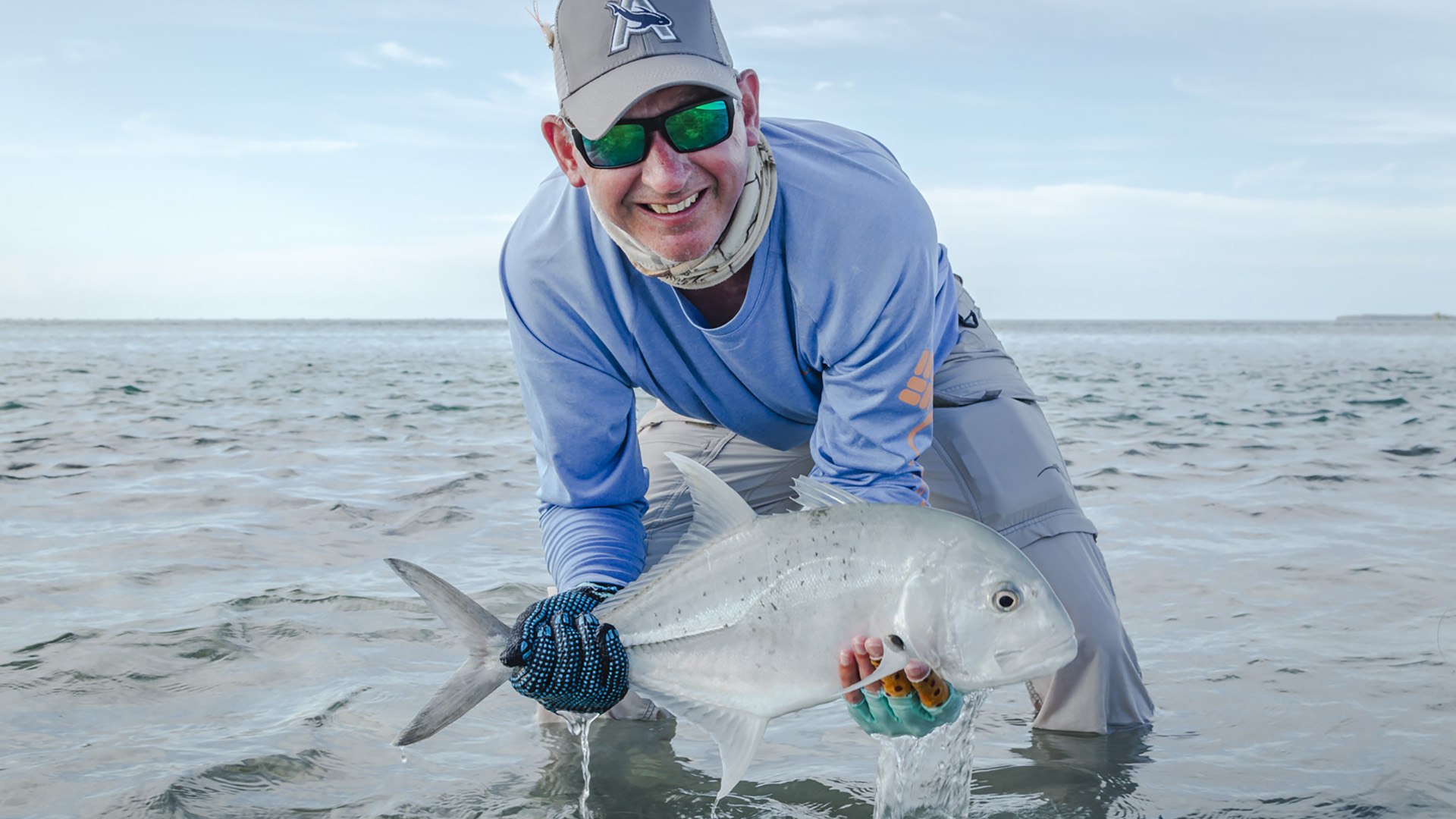 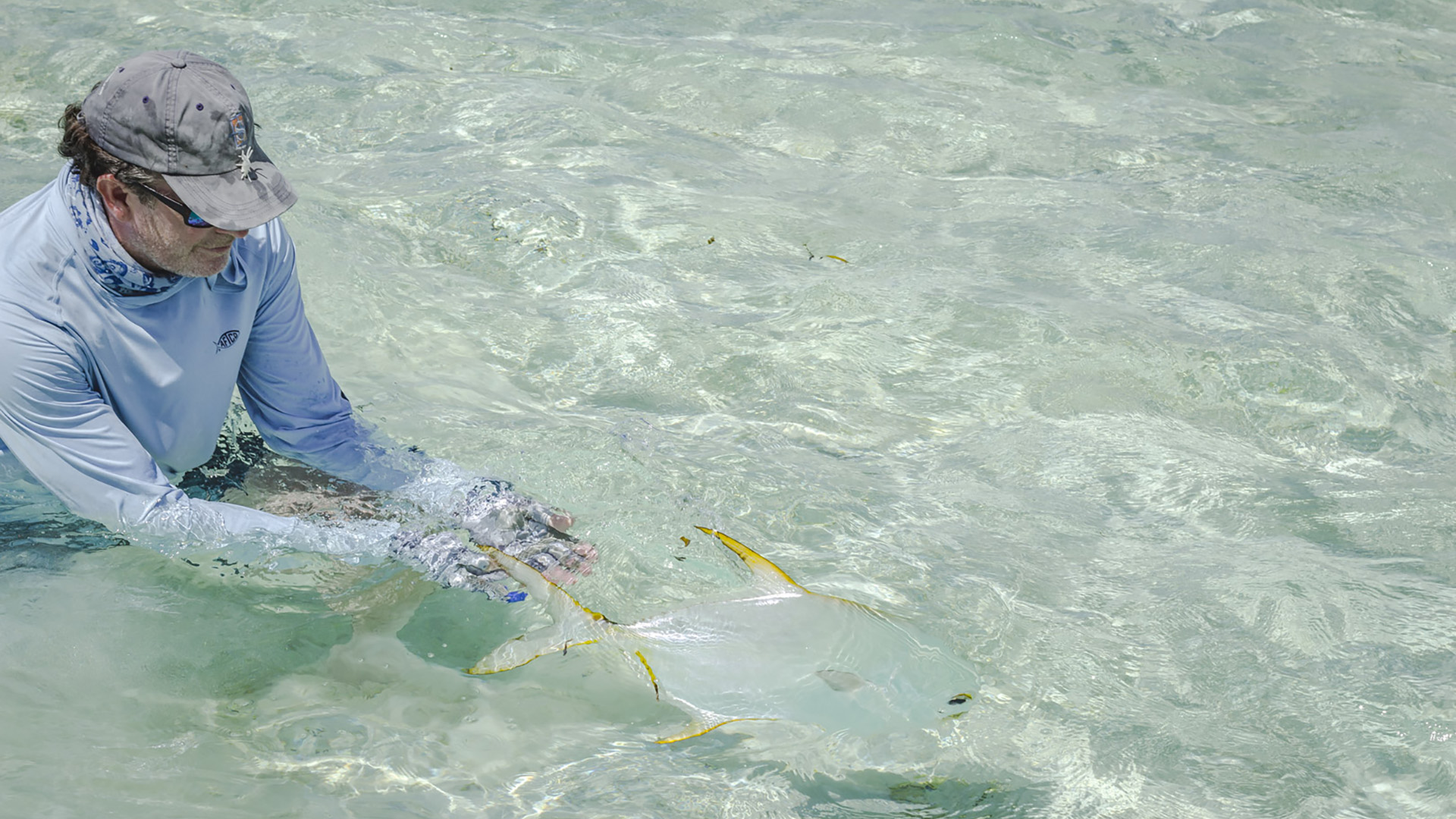 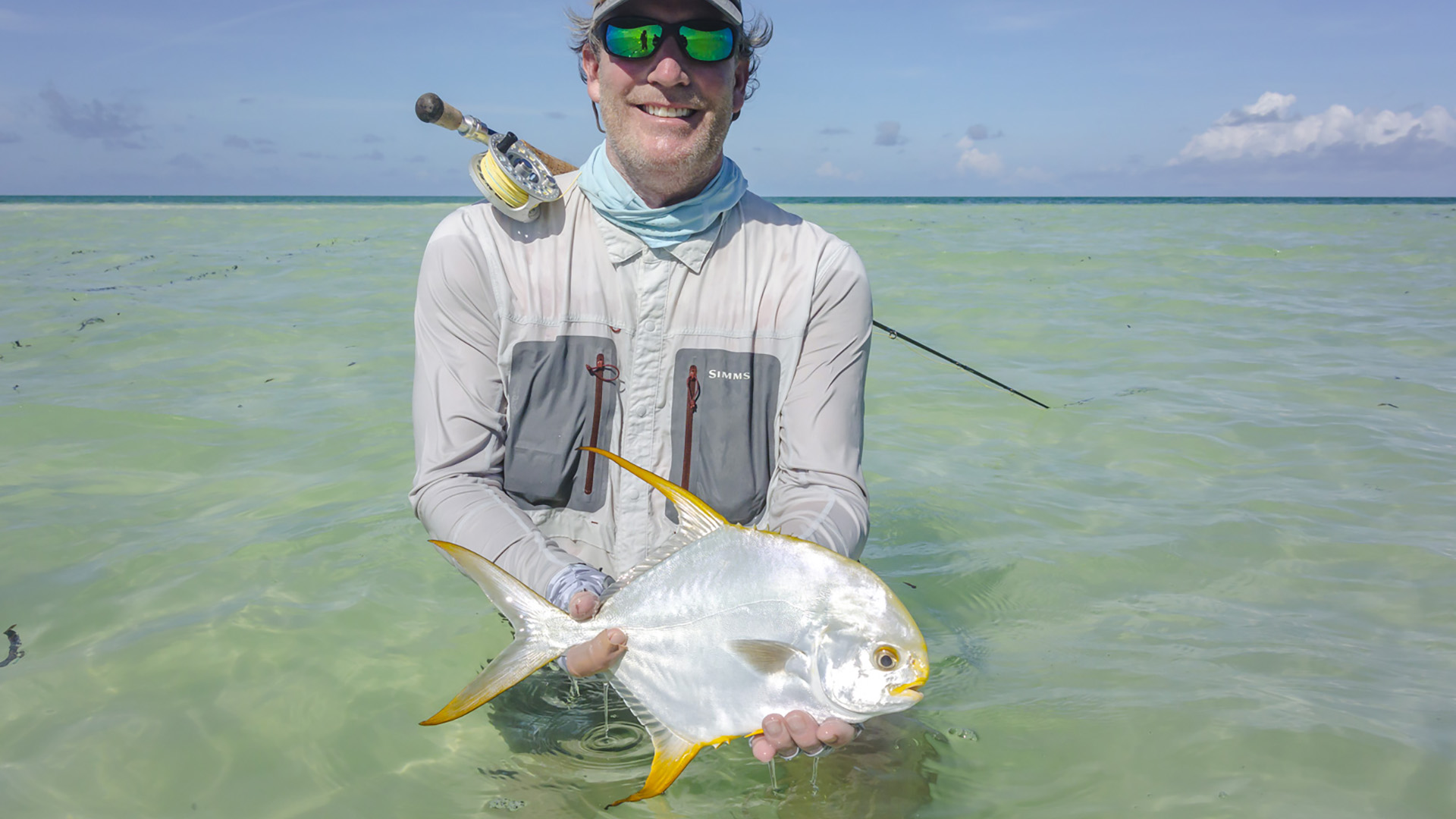 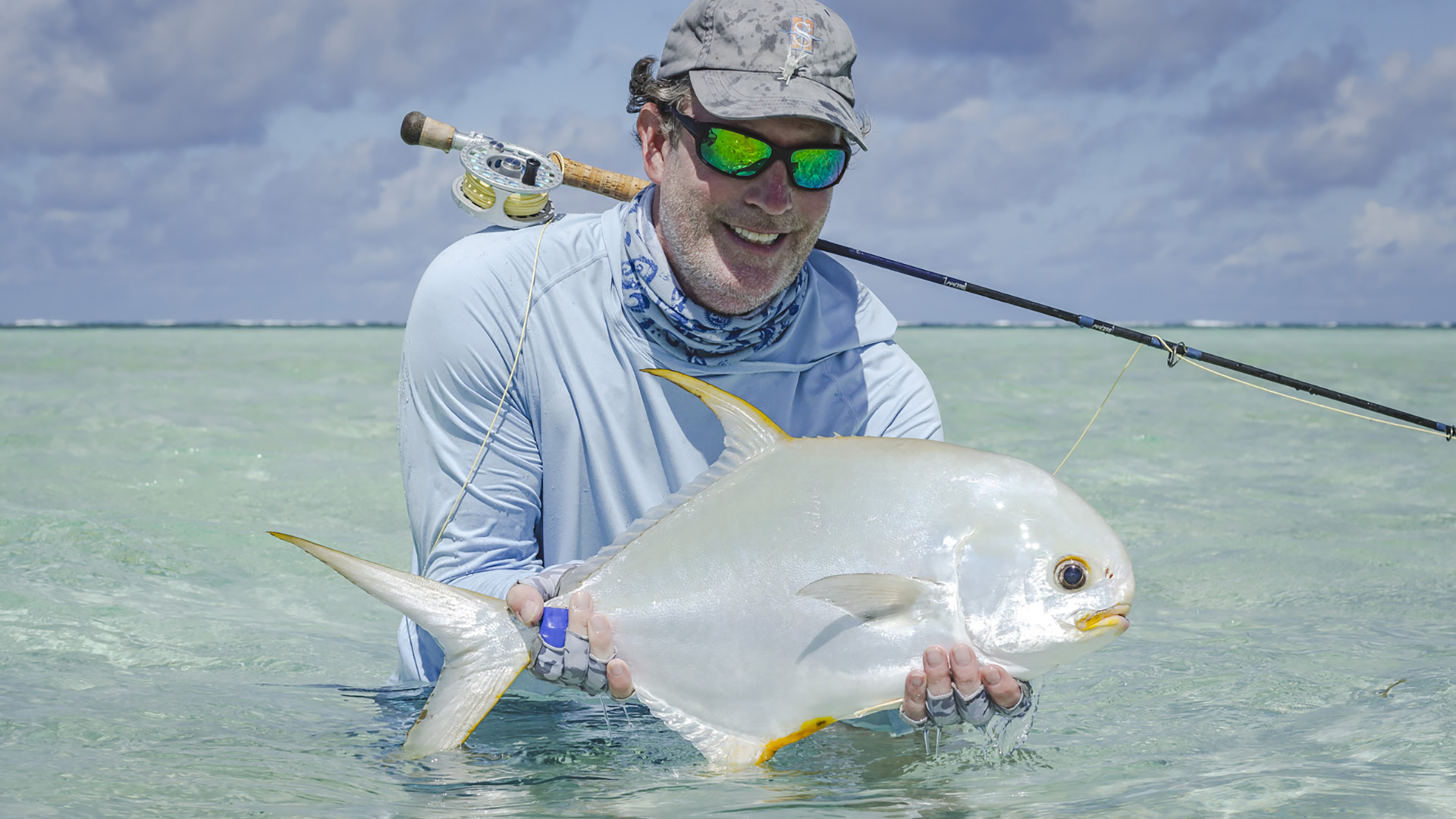 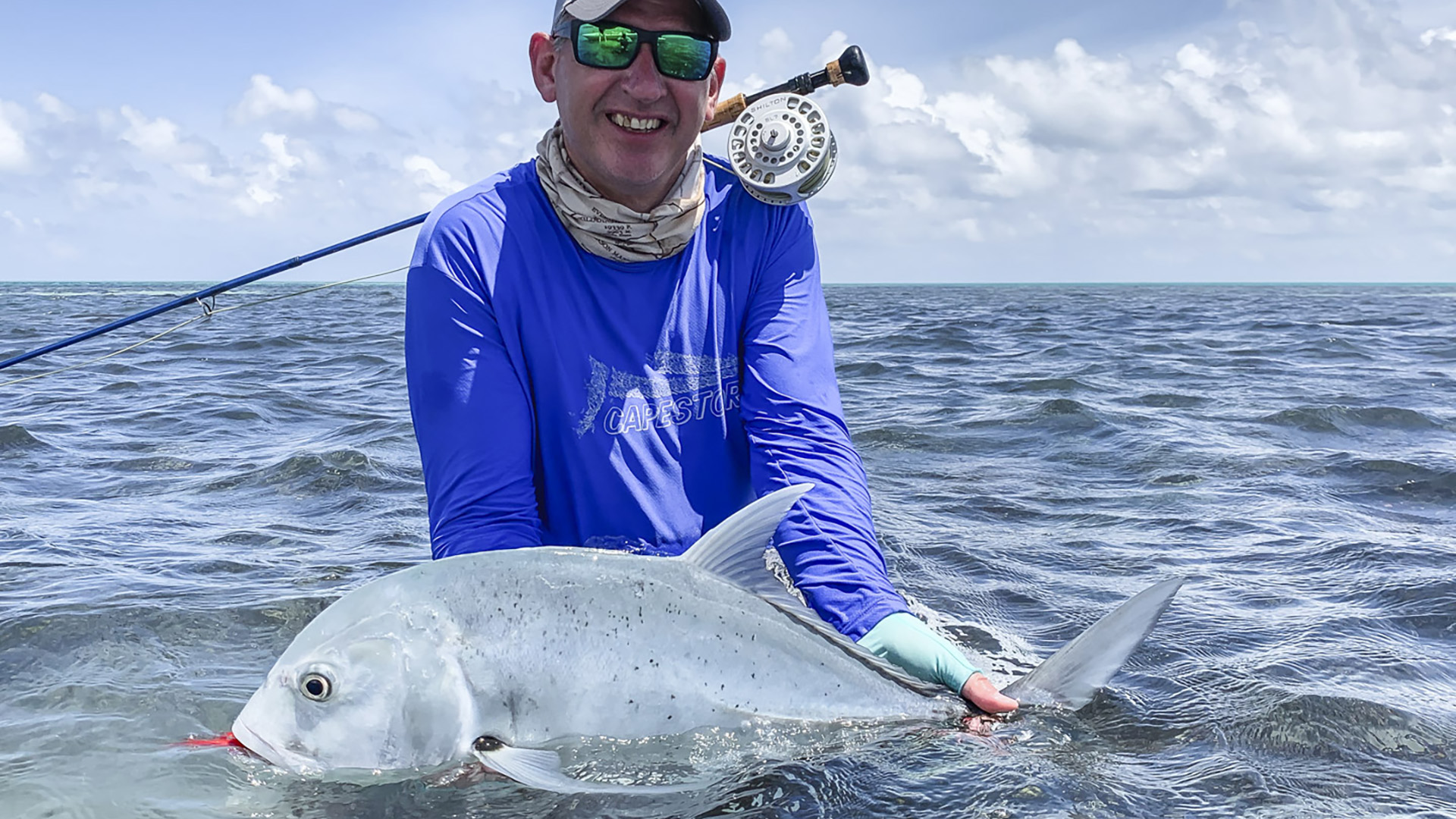 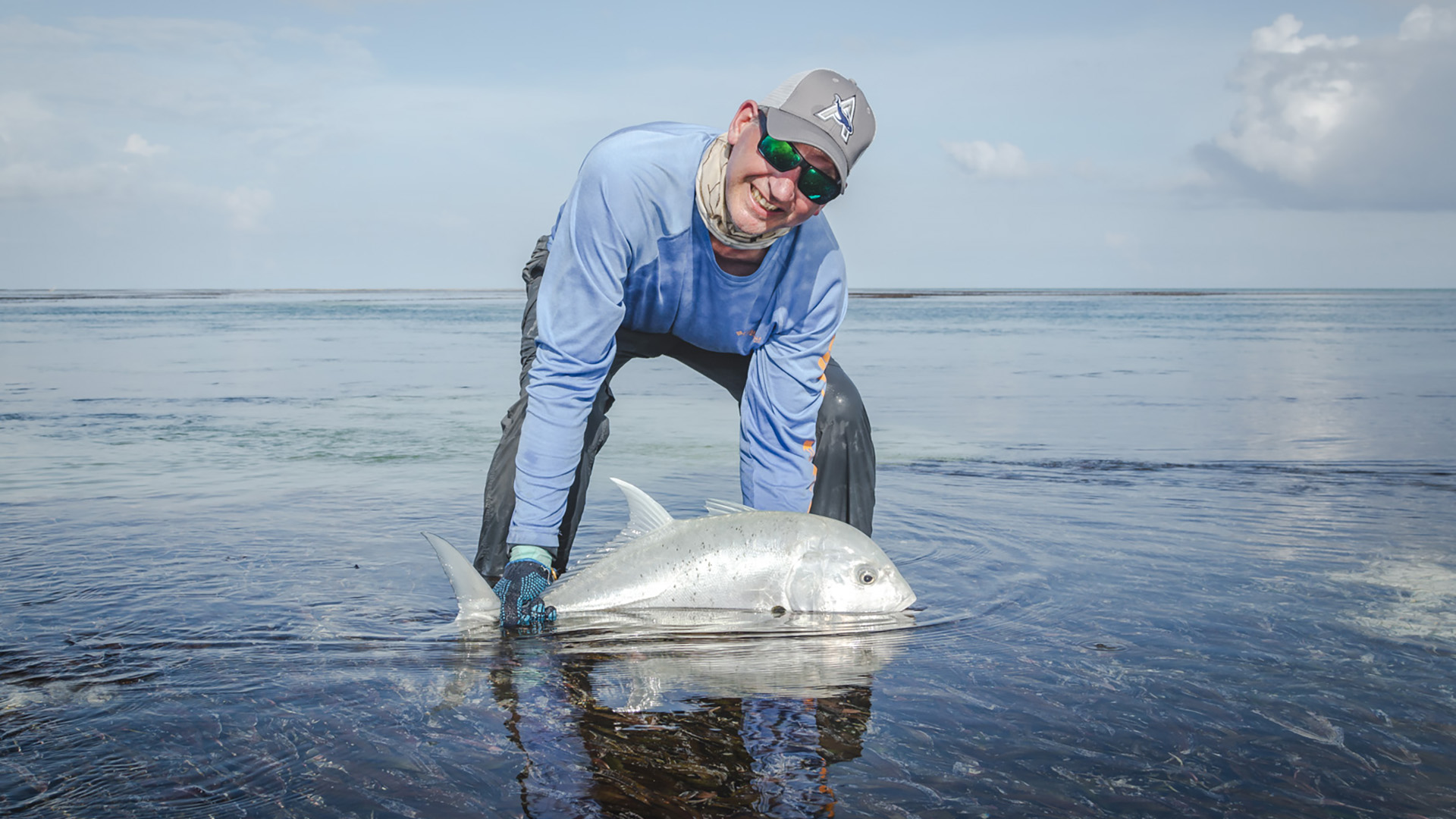 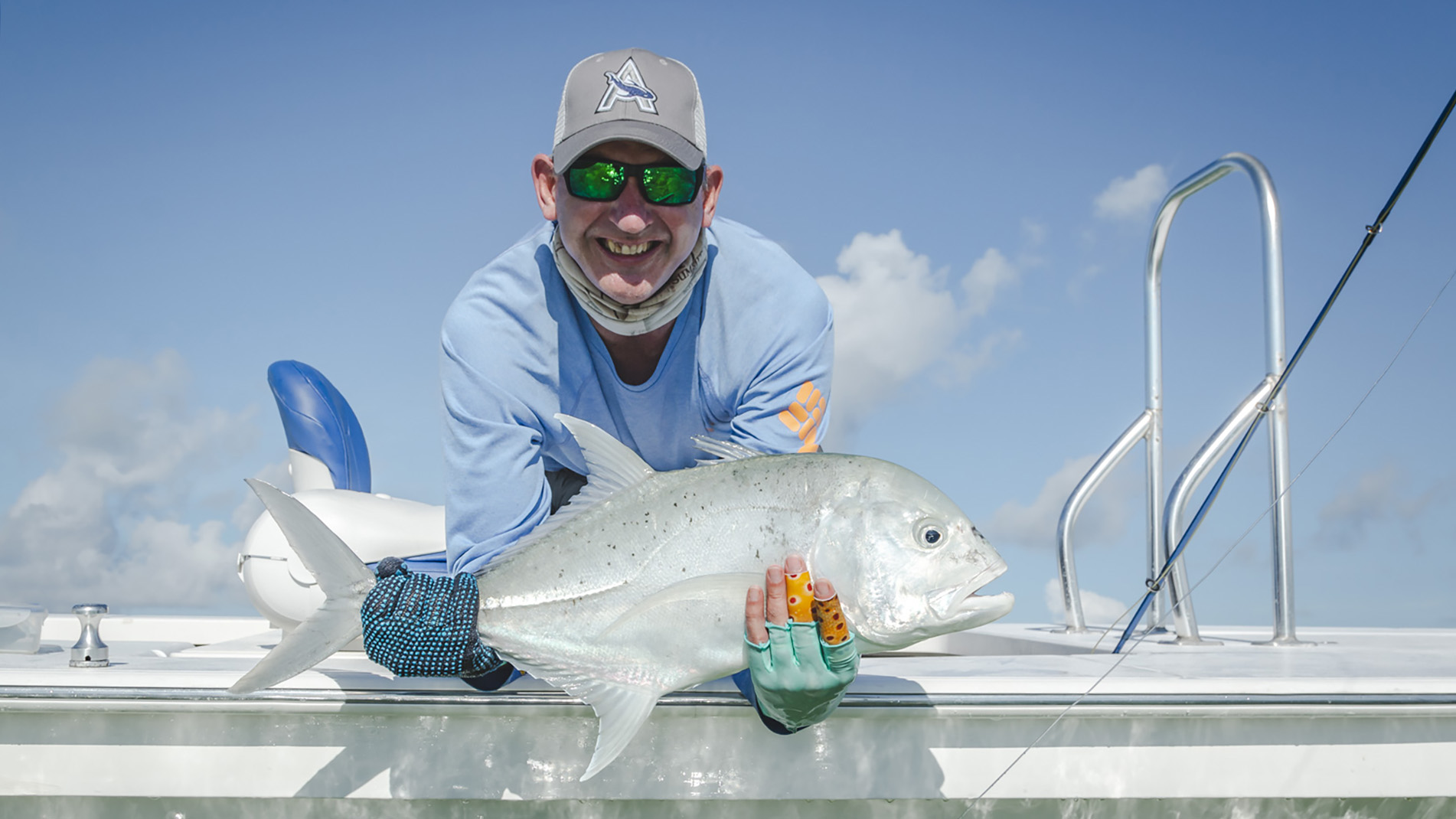 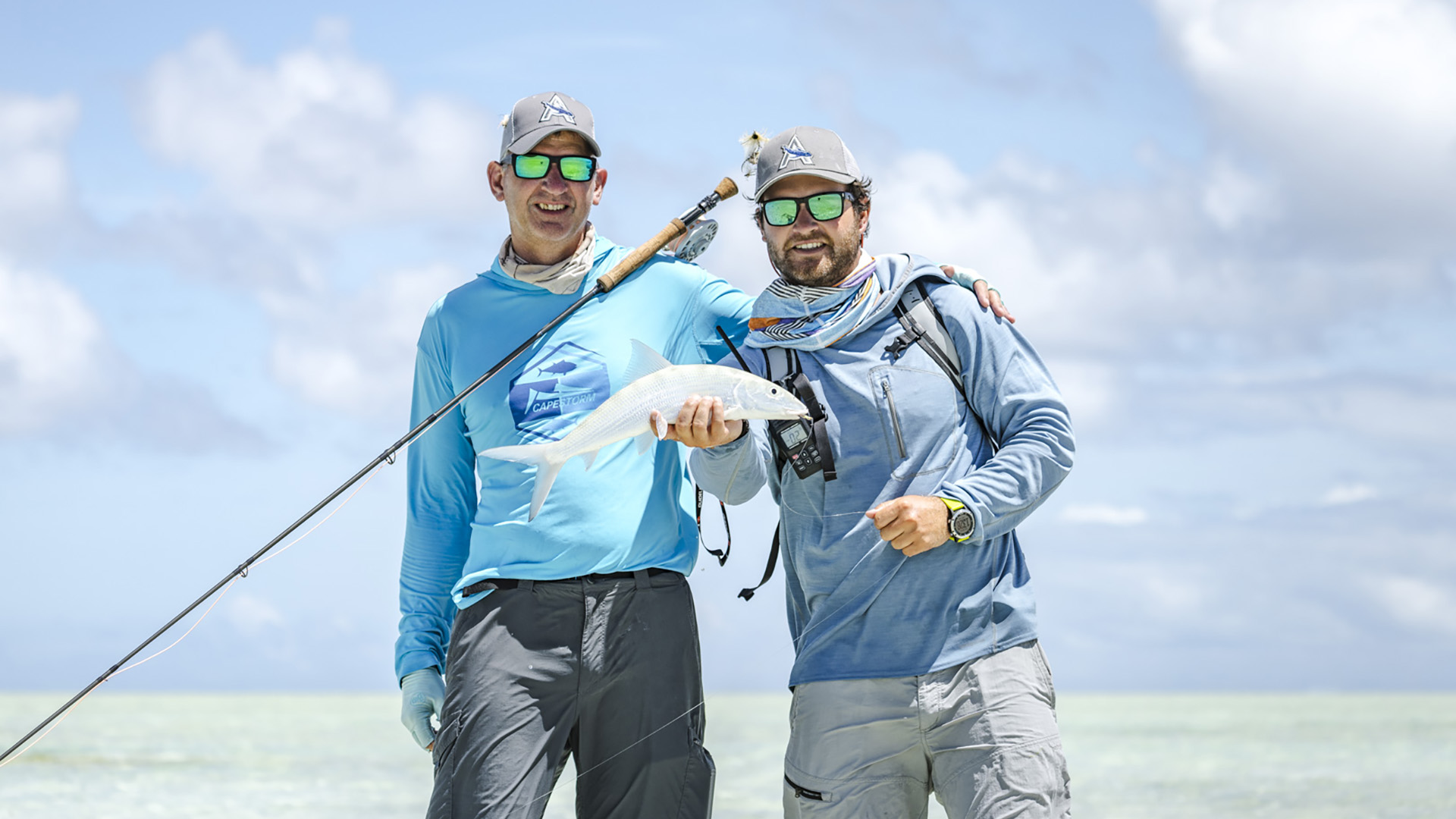 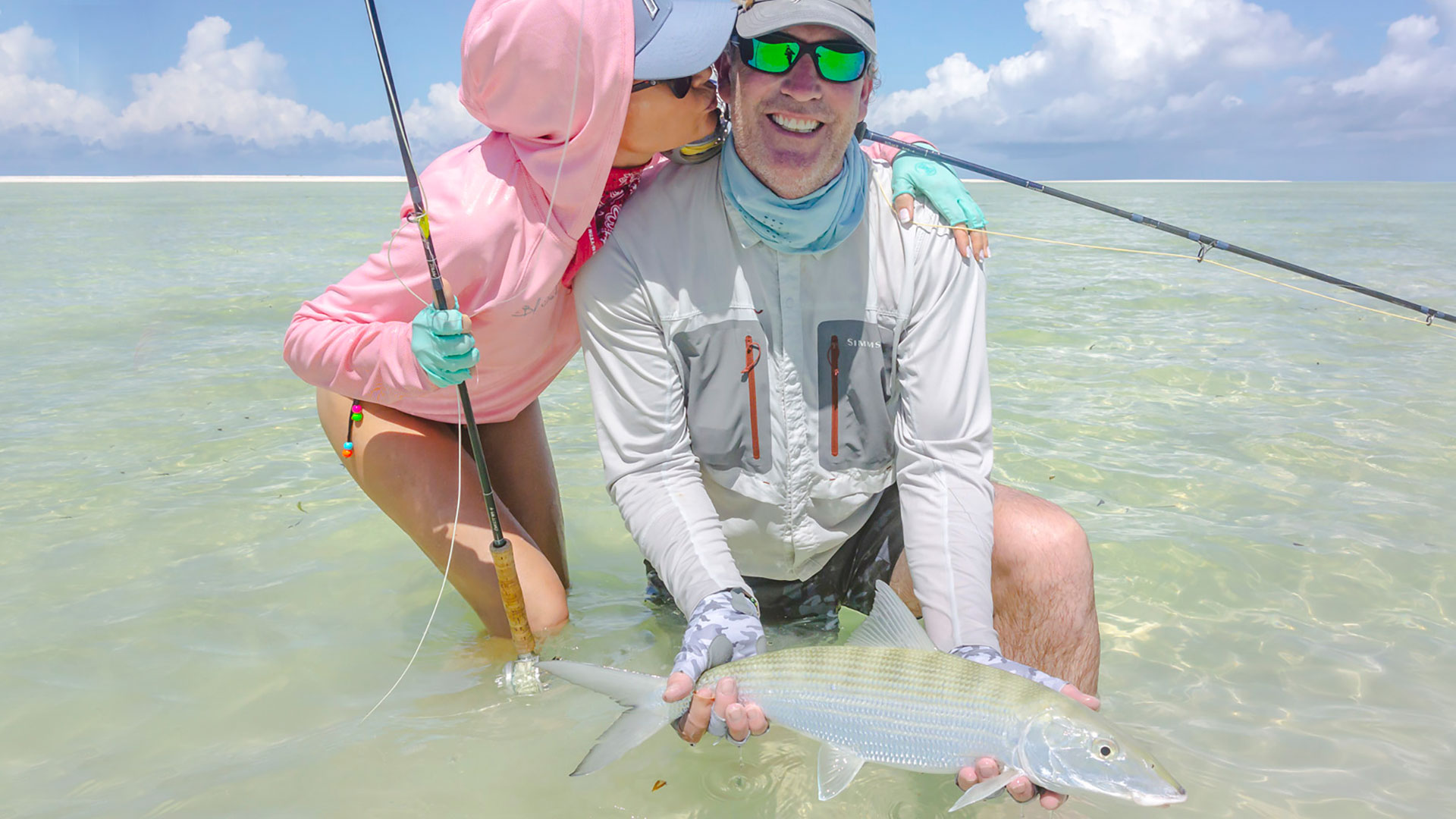 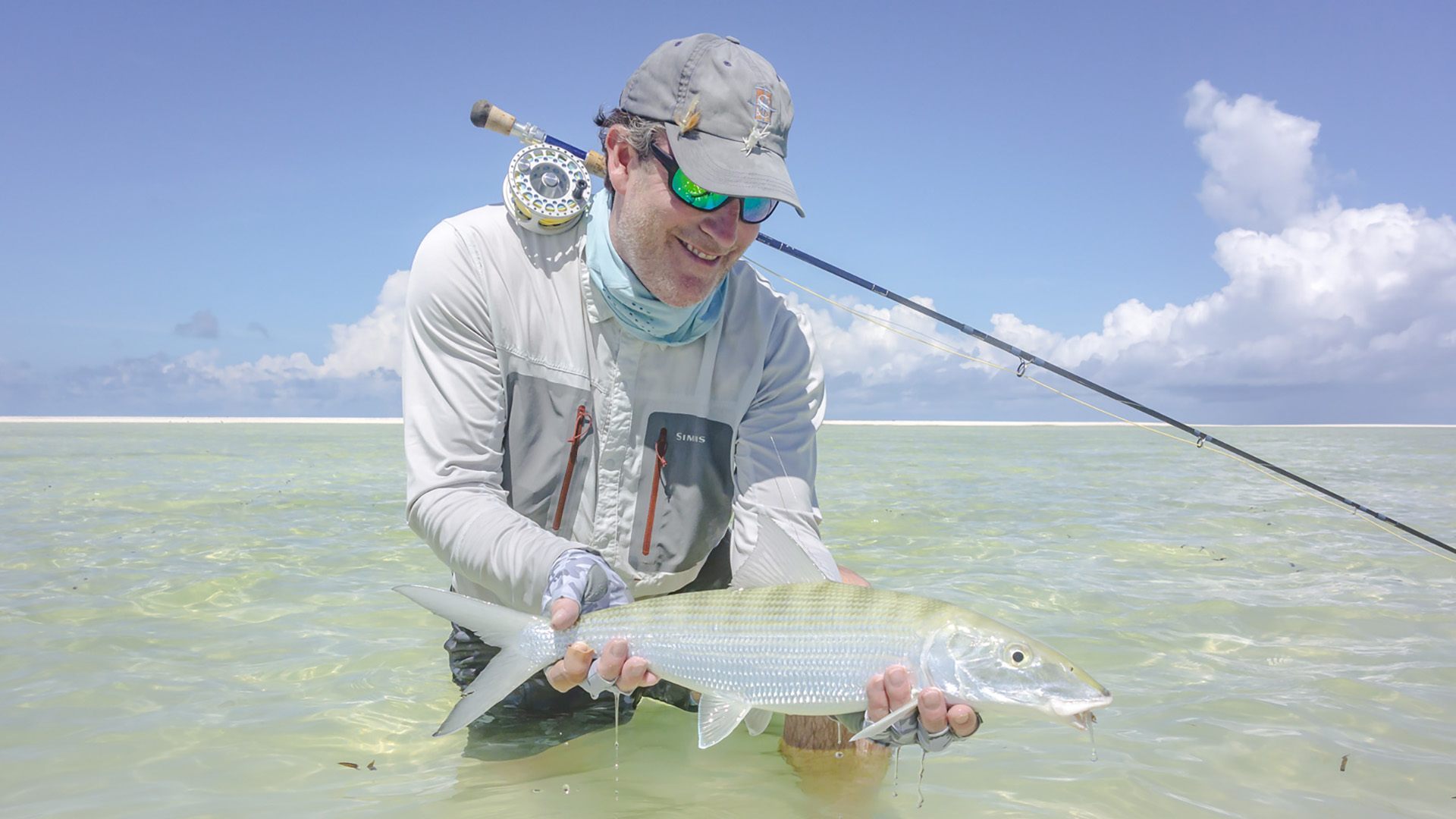