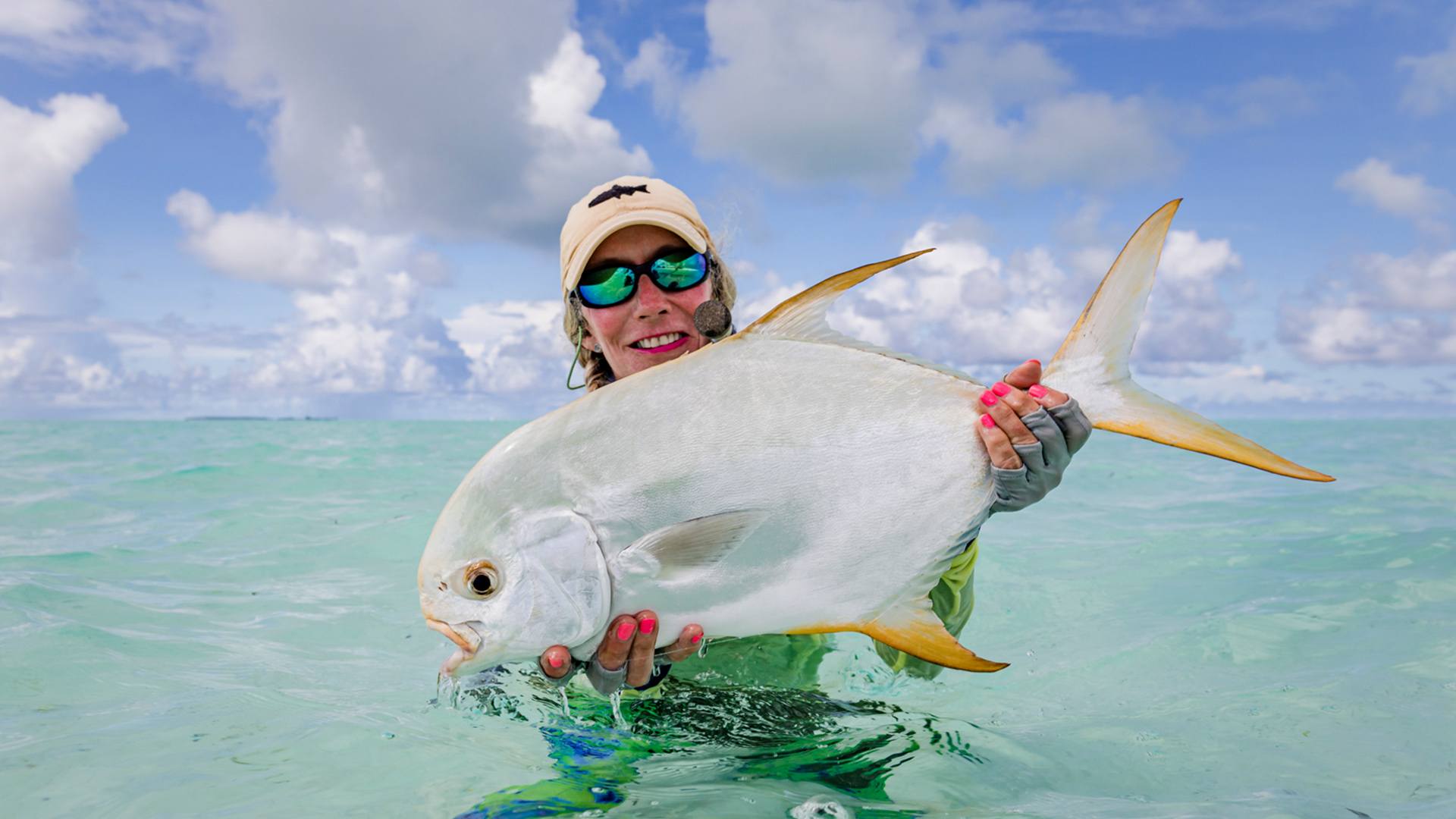 Ten very eager anglers descended upon the shores of Alphonse Island for week 22 of the season. Some anglers were returning guests having fished Alphonse and St. François more than five times and others were new anglers keen to test their luck at landing a GT or that special bonefish.

The weather was good with some windy conditions but nothing that the experienced anglers couldn’t handle. The tides transitioned from neap to spring tides allowing anglers to make some superb shots at fantastic fish with some anglers landing their fish of a lifetime.

The bonefishing was as good as always, anglers started their week off with a bang with all anglers landing some very large bones. The anglers managed to land 212 bonefish in total all ranging in size from 15 cm to 63 cm.

The Giant Trevally fishing has been extremely good over the past few weeks. Anglers started the week off to a bang on day one. Ronald Benck landed four very nice sized fish measuring 80 cm, 84 cm, 101 cm and 103 cm in size.

Day four was a fantastic day for Alister Crawford, Alister managed to land a Flats Slam consisting of a 40 cm yellowmargin triggerfish, an 83 cm GT and a nice 30 cm permit.

Jon Sealy visited Alphonse for the first time this week with the goal of landing his first GT. Jon worked hard over the week and finally managed to land his first GT on day six measuring 73 cm, John also managed to land a massive 71 cm bluefin trevally.

Another fantastic week was spent at Alphonse Island fishing St Francois Atoll. Memories were made and bonds were formed that will last a life time. Stay tuned for next week’s report as we are sure you won’t want to miss it. 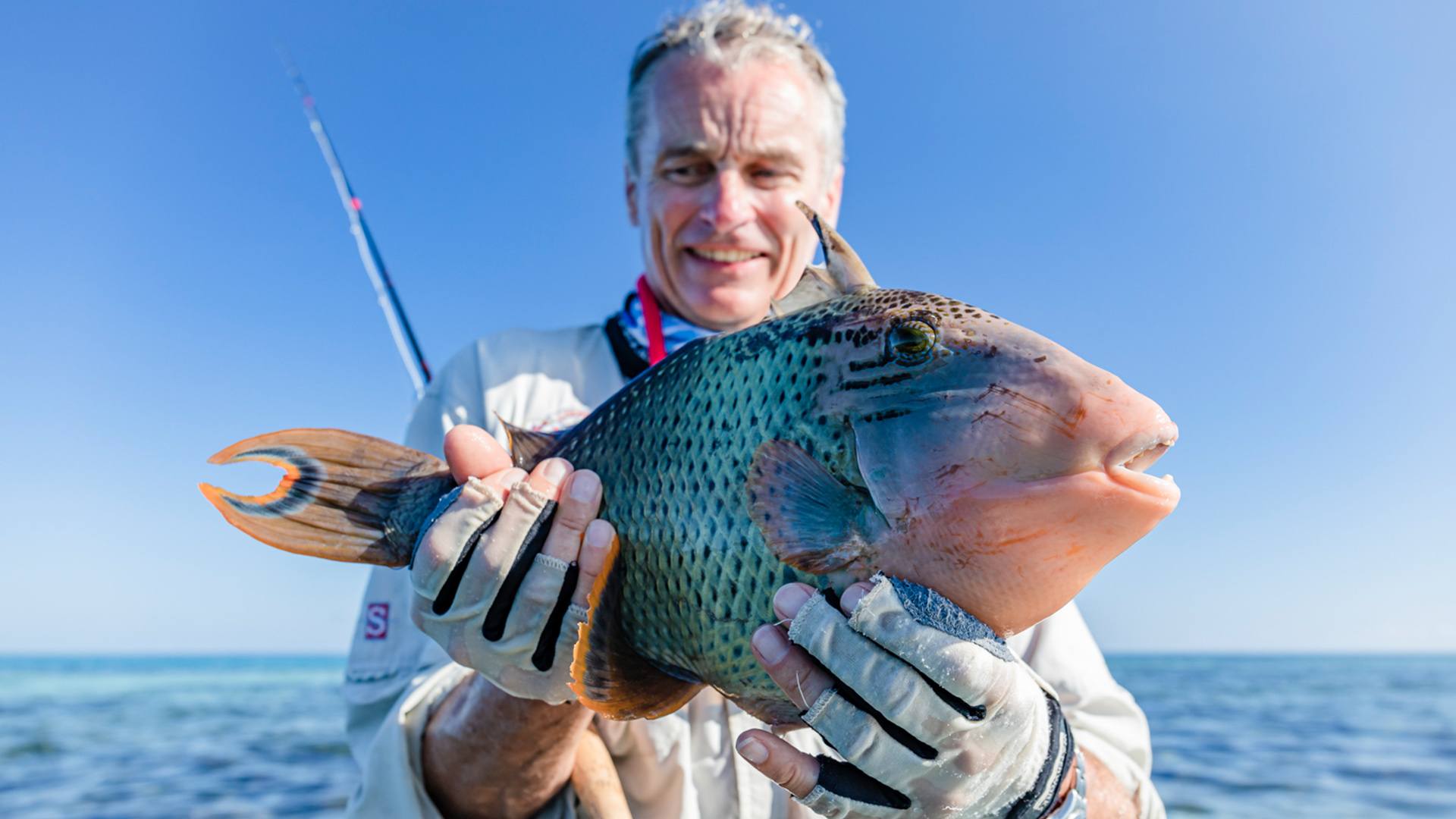 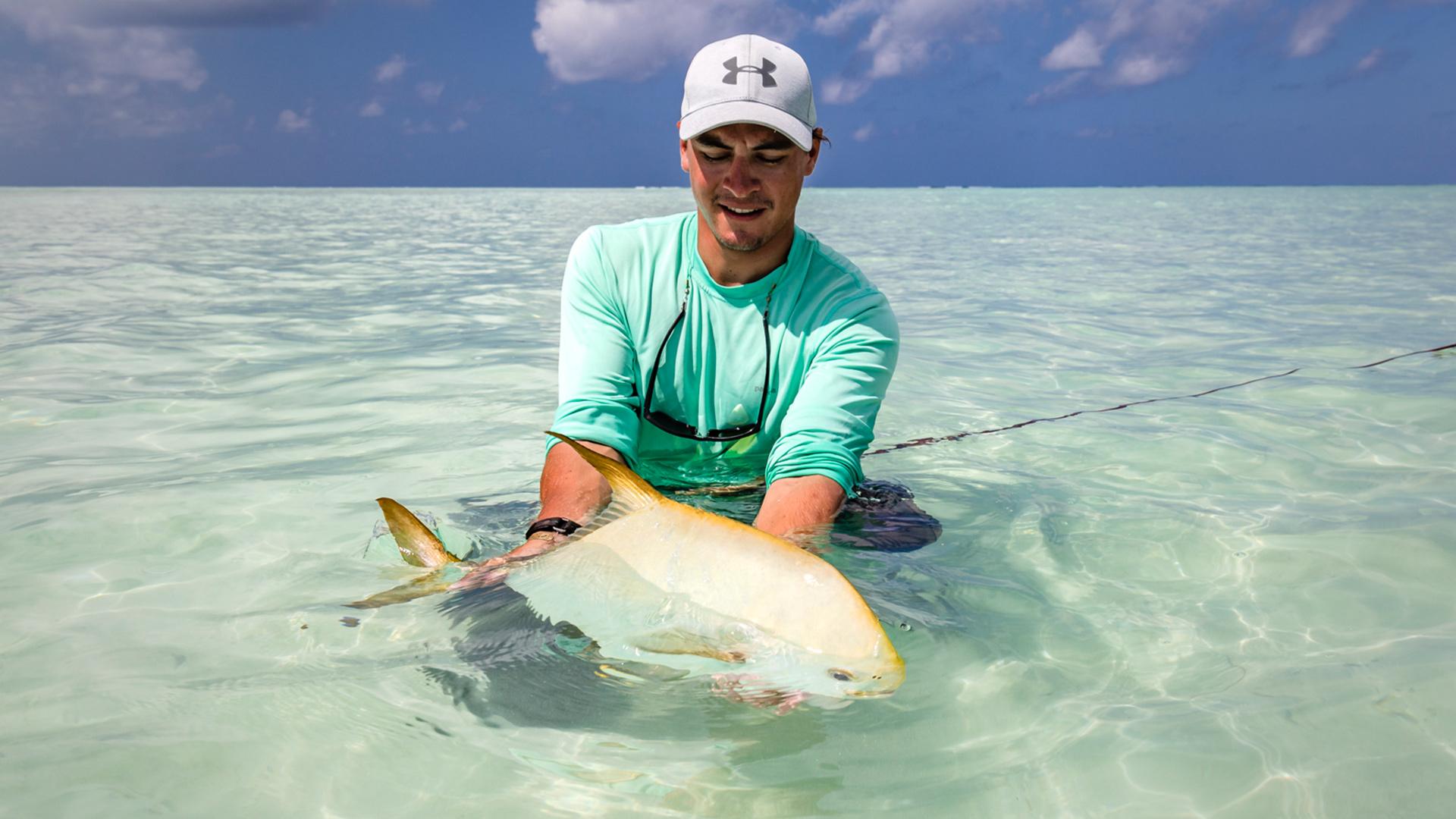 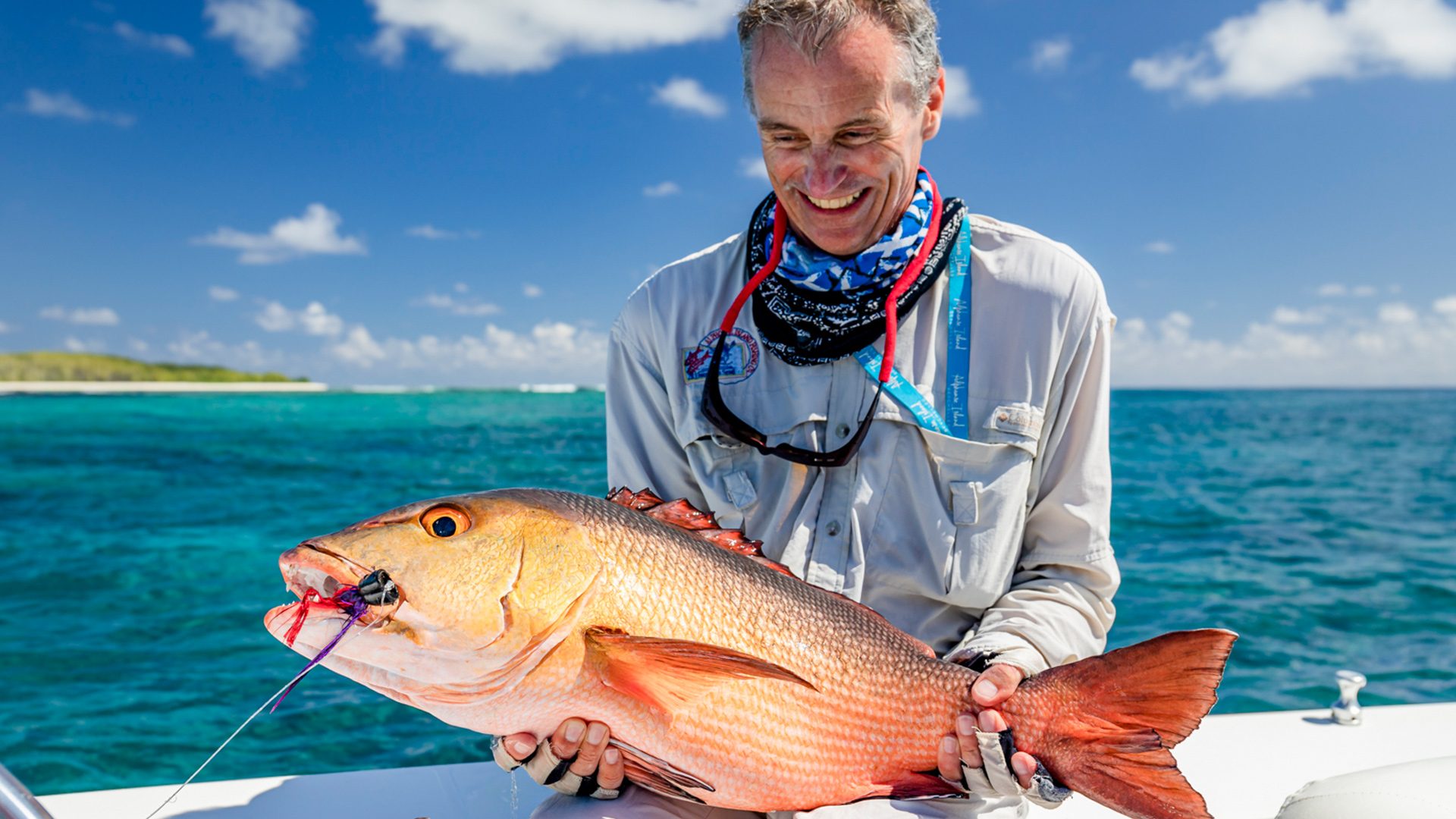 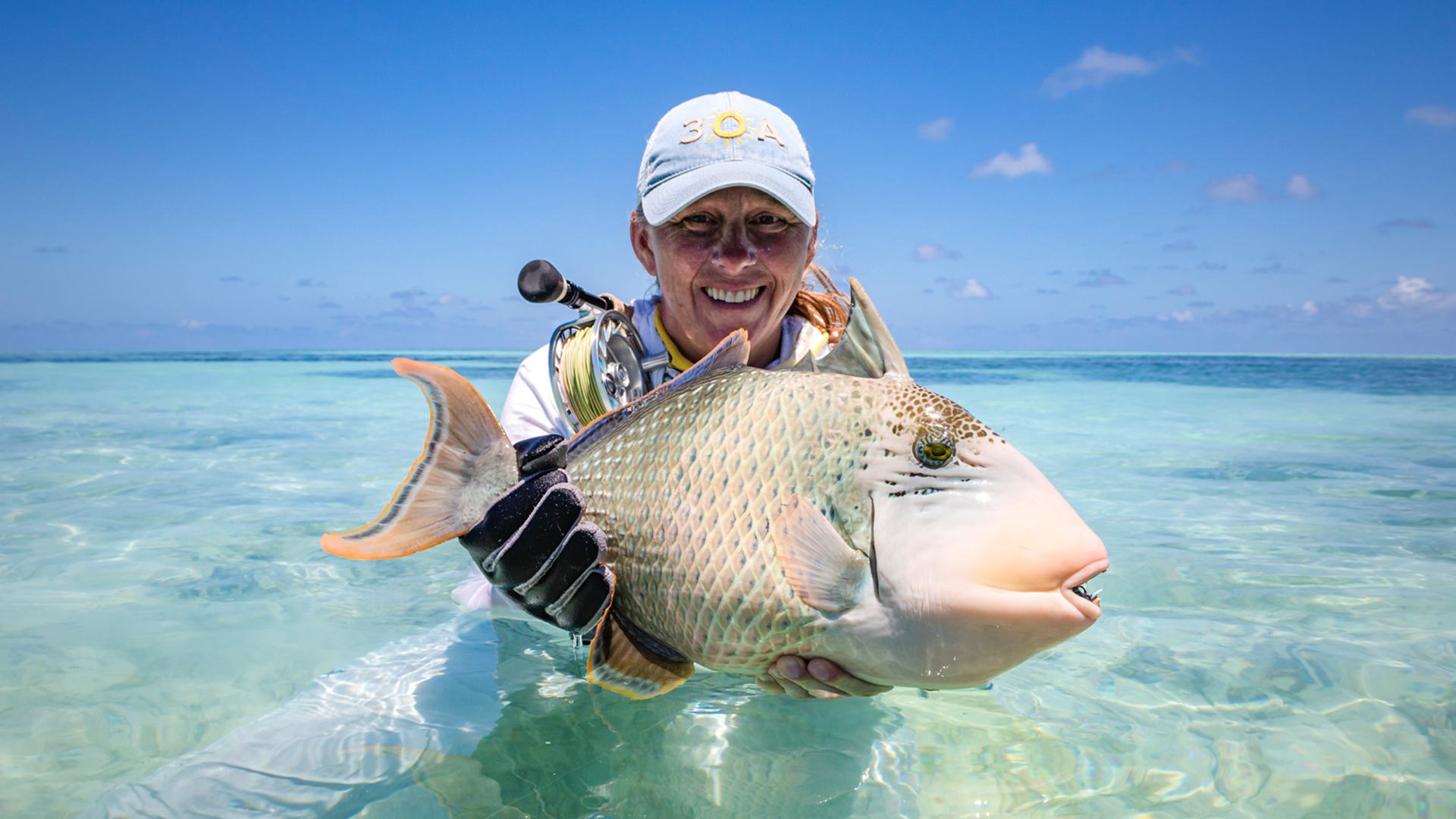 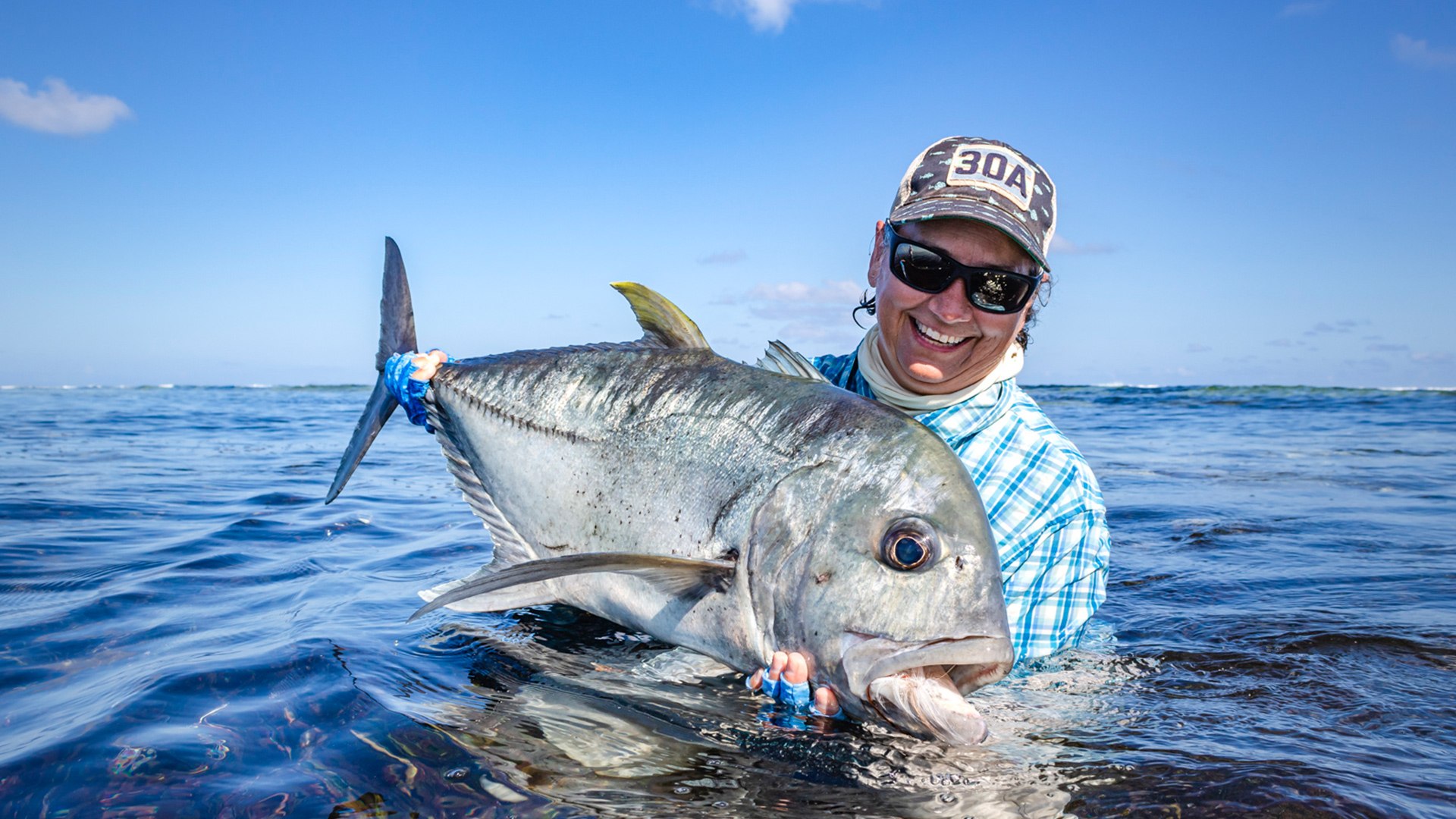 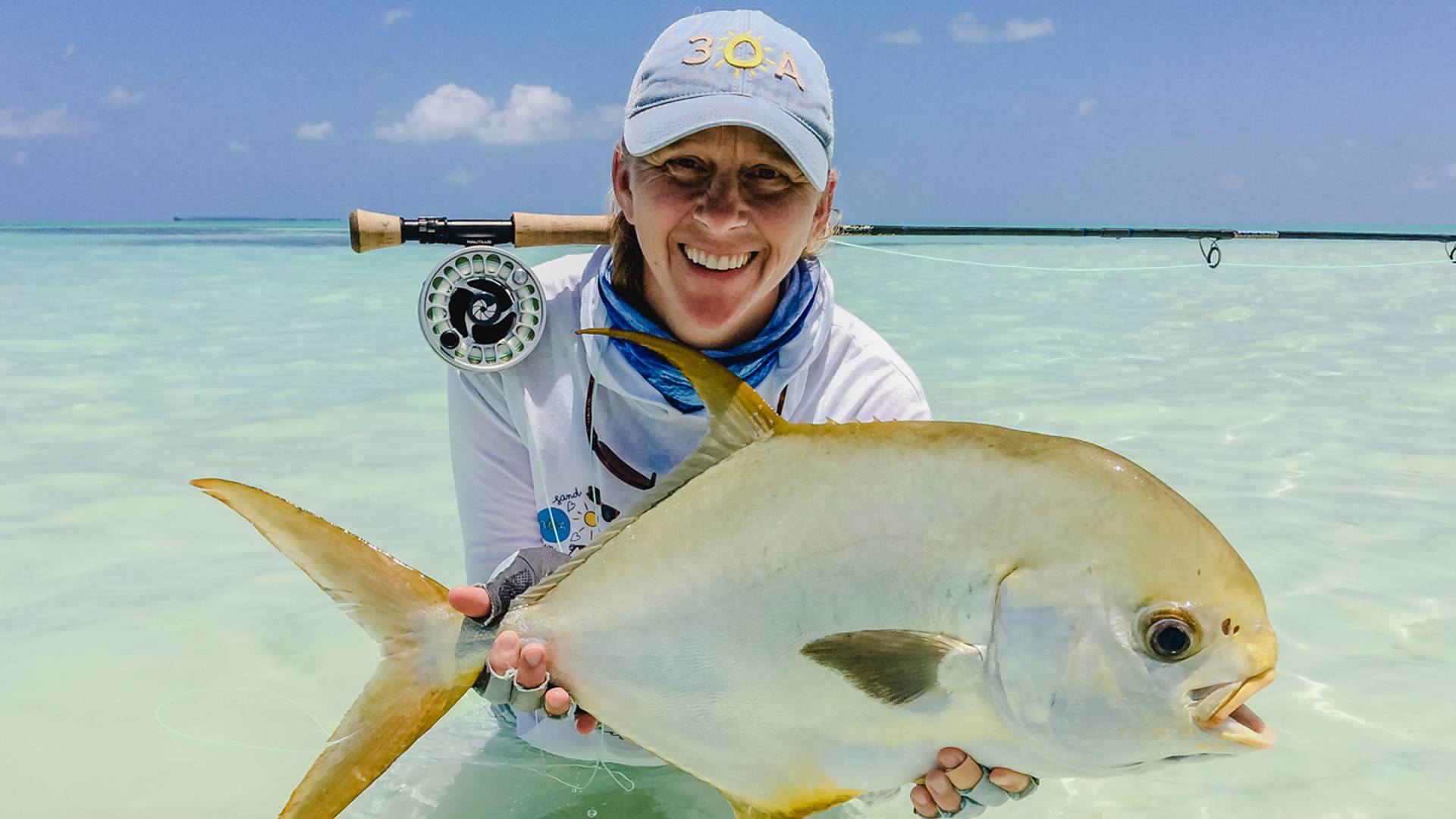 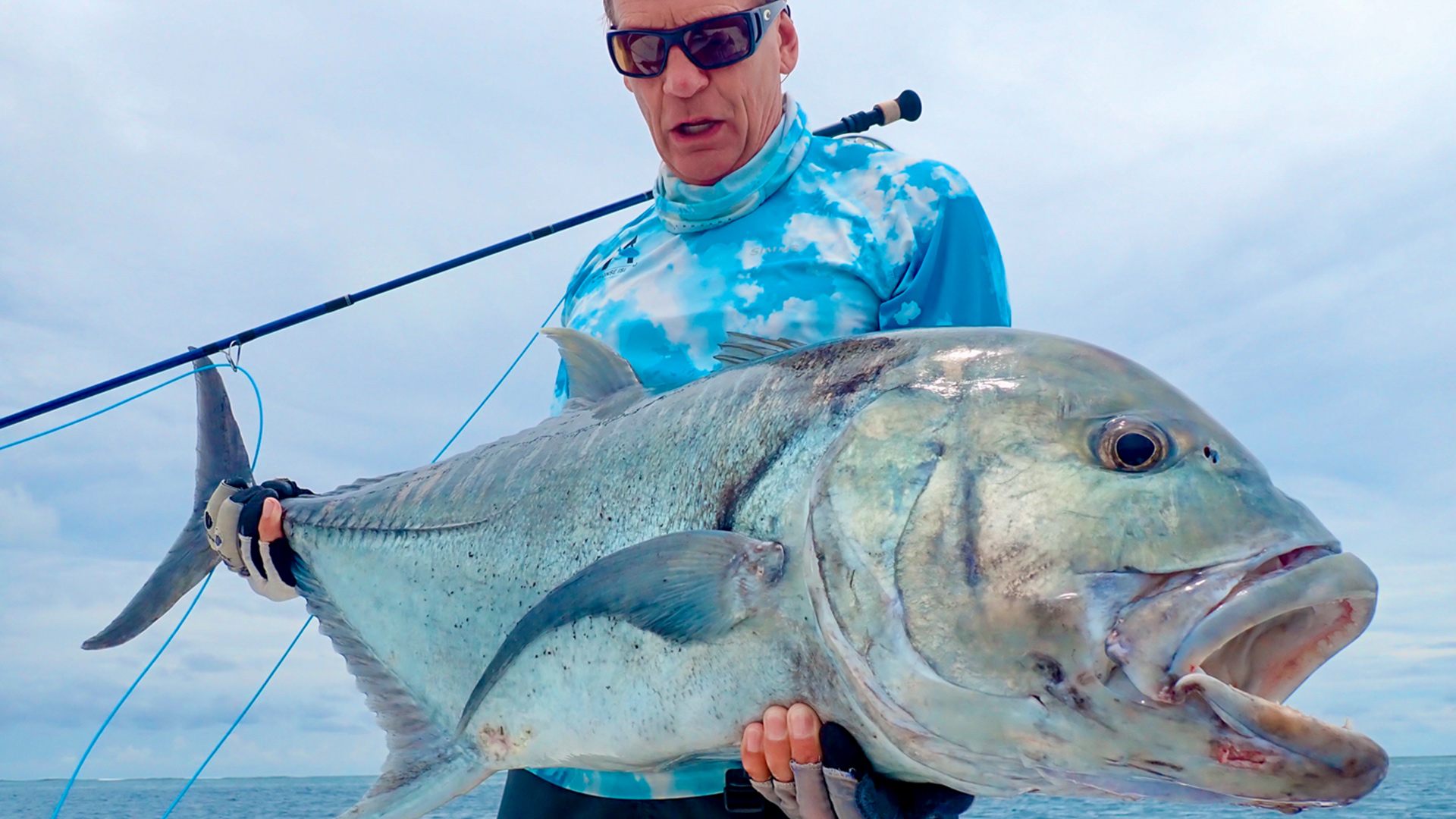 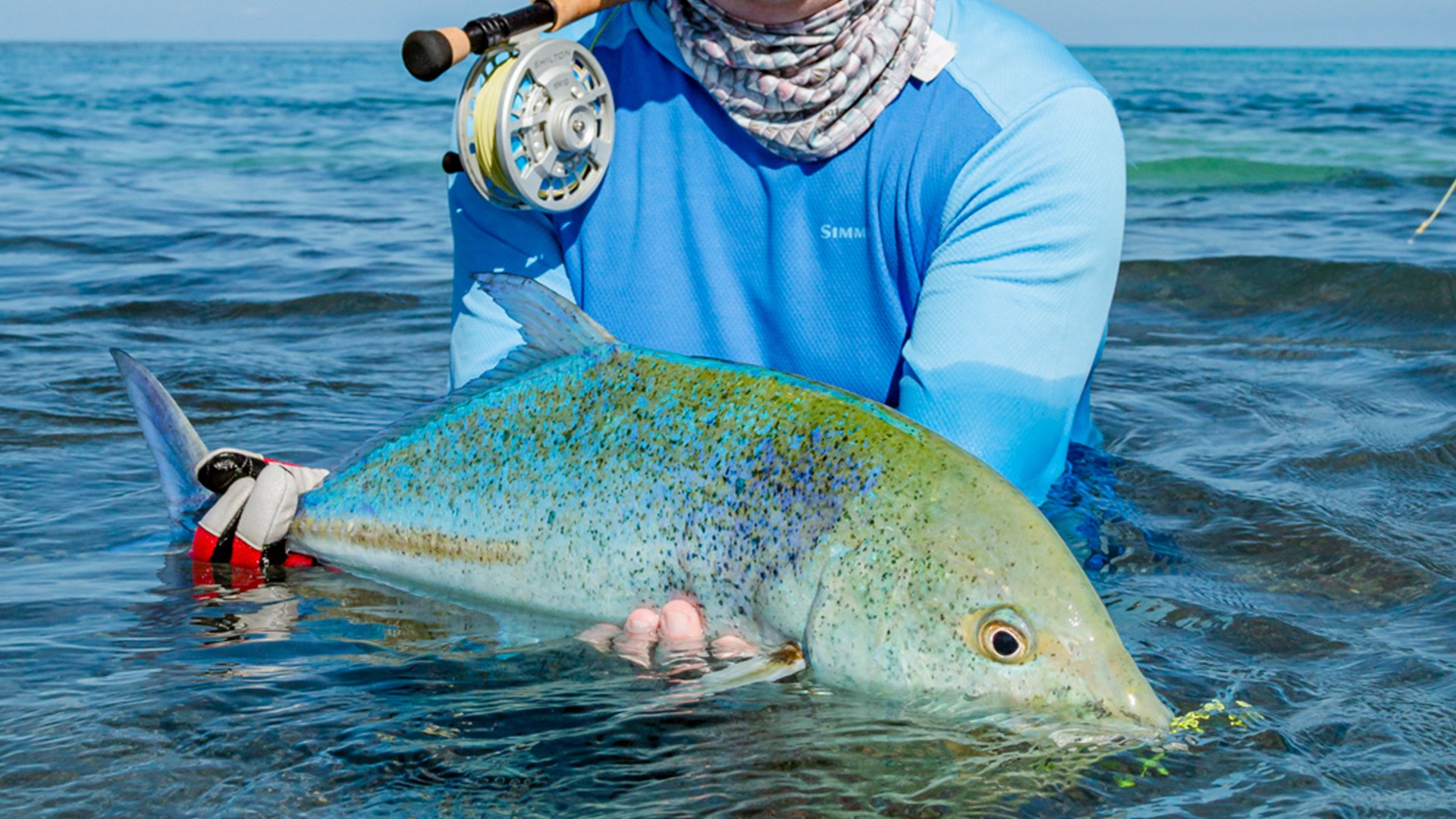