Fishing, diving and leisure made up week 13 of the Cosmoledo season. With sublime weather experienced (sadly the last day was rainy and gloomy) all the guests had a terrific time in their respective activities.

Tom Ohaus, Tony Chambers, Chris Strickland, David South, Gill Griffths and Digby Flower spent all week with fly rods in hand. Chris and Digby both managed to achieve Flat Slams which consisted of a bonefish, giant trevally and their first-ever milkfish. These two Flat Slams happened on the same day on the same skiff!

Gill managed to rally up a significant amount of variety of species but her stand out catch was an impressive dogtooth tuna. Tom had a great week by constantly turning the count wheel over. He also managed the biggest fish of the week, a great 109 cm GT.

Riaz Punja spent a large portion of the week underwater admiring the beauty that most people don’t get to see that Cosmoledo has to offer. He had incredibly close encounters with huge napoleon wrasse, hawksbill turtles, GT’s as well a massive shoal of barracuda, just to name a few.

Their highlights were the Menai Mangrove tour as well as a boat cruise alongside South West Island and witnessing the enormous booby bird population. When they weren’t on an activity, they spent their time lapping up the sunshine and relaxing on the beach. 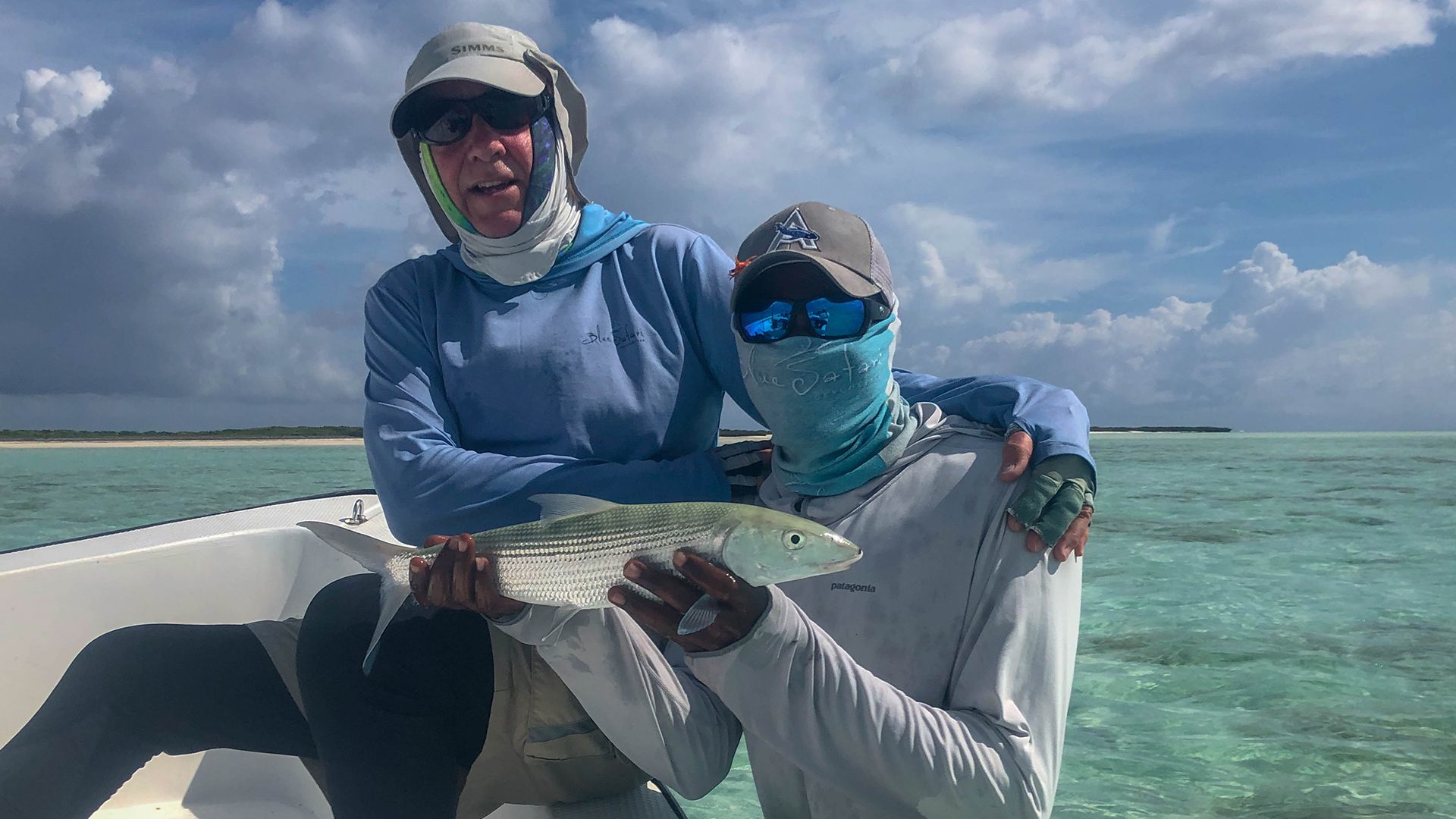 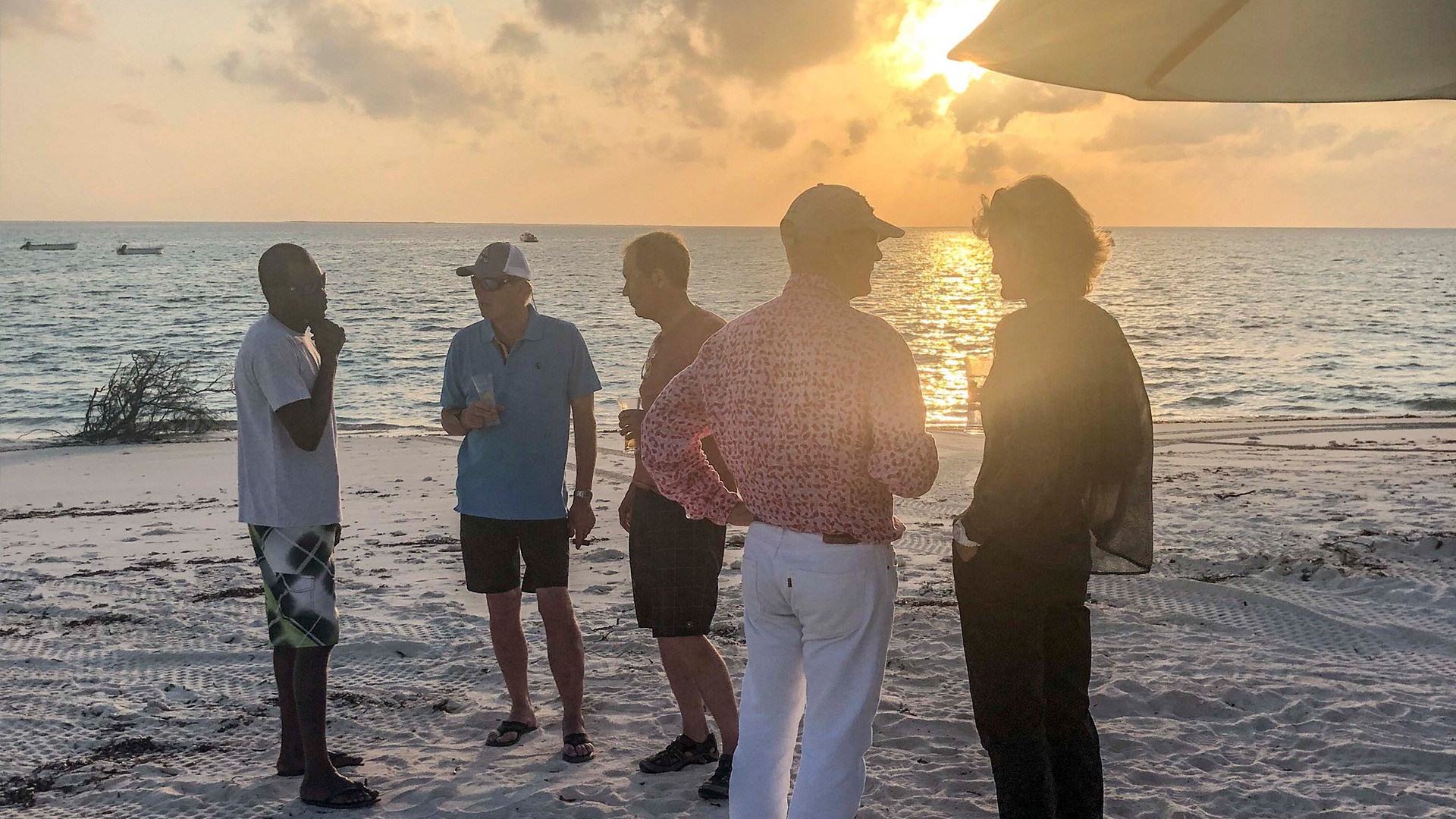 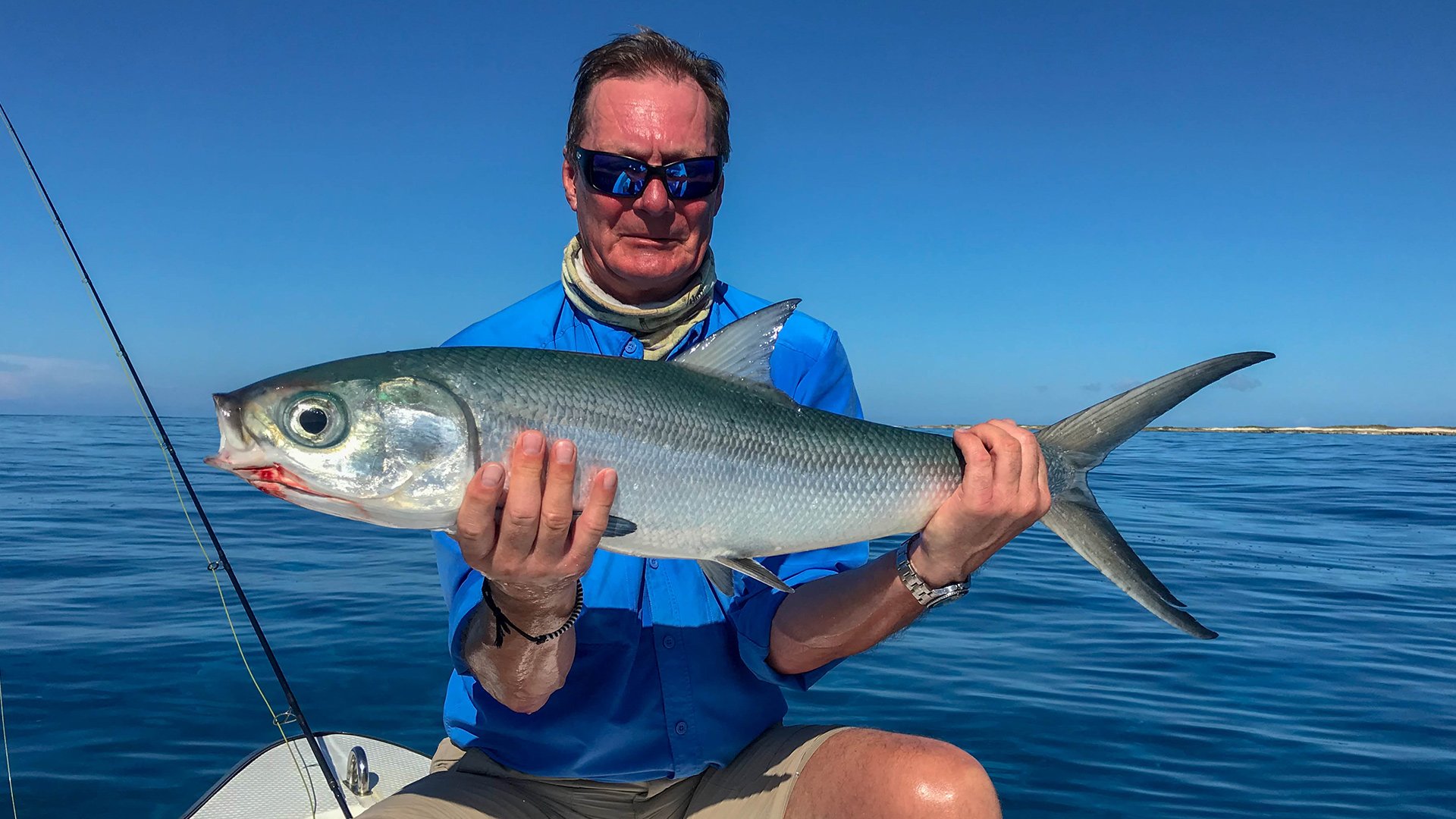 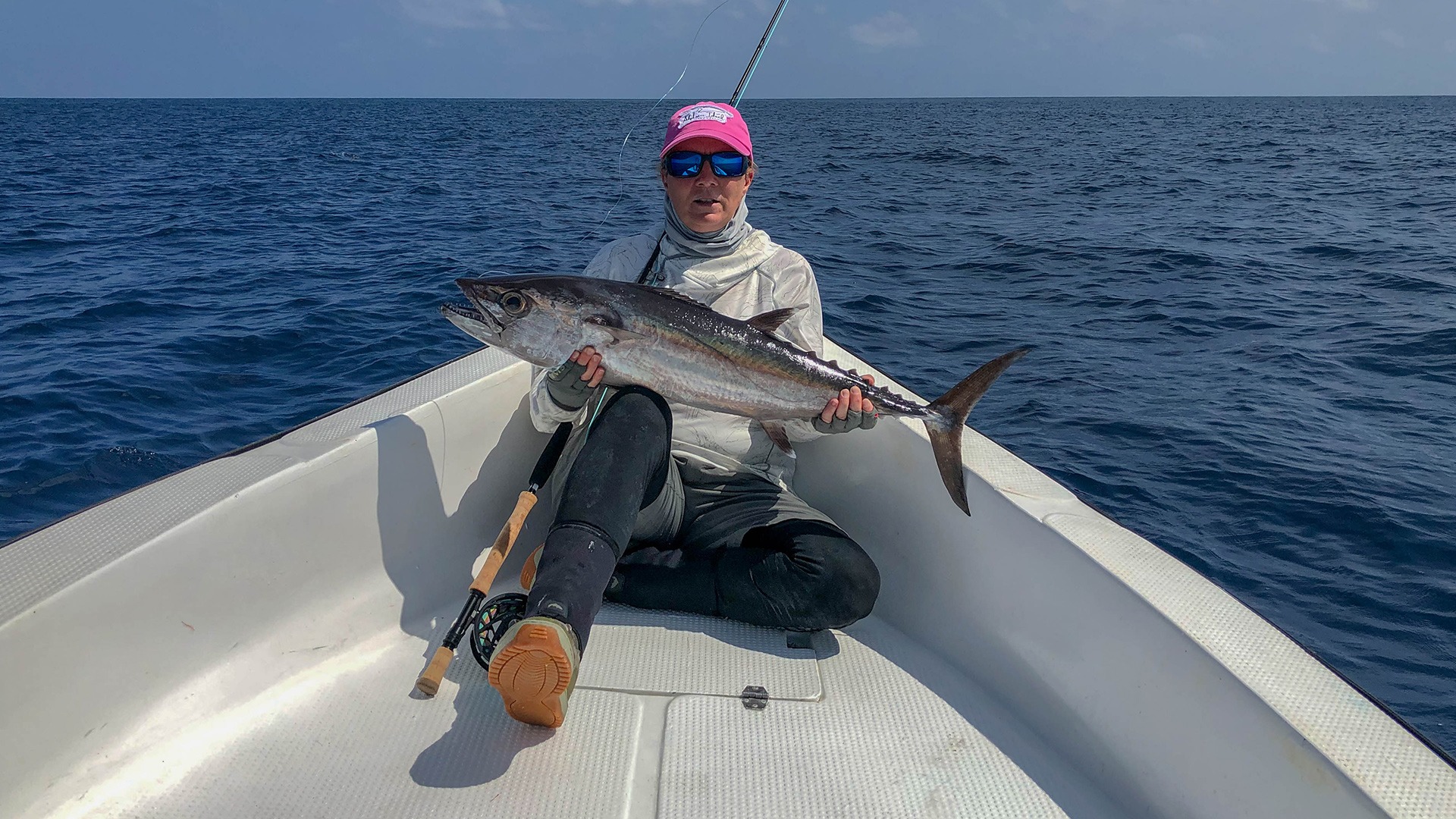 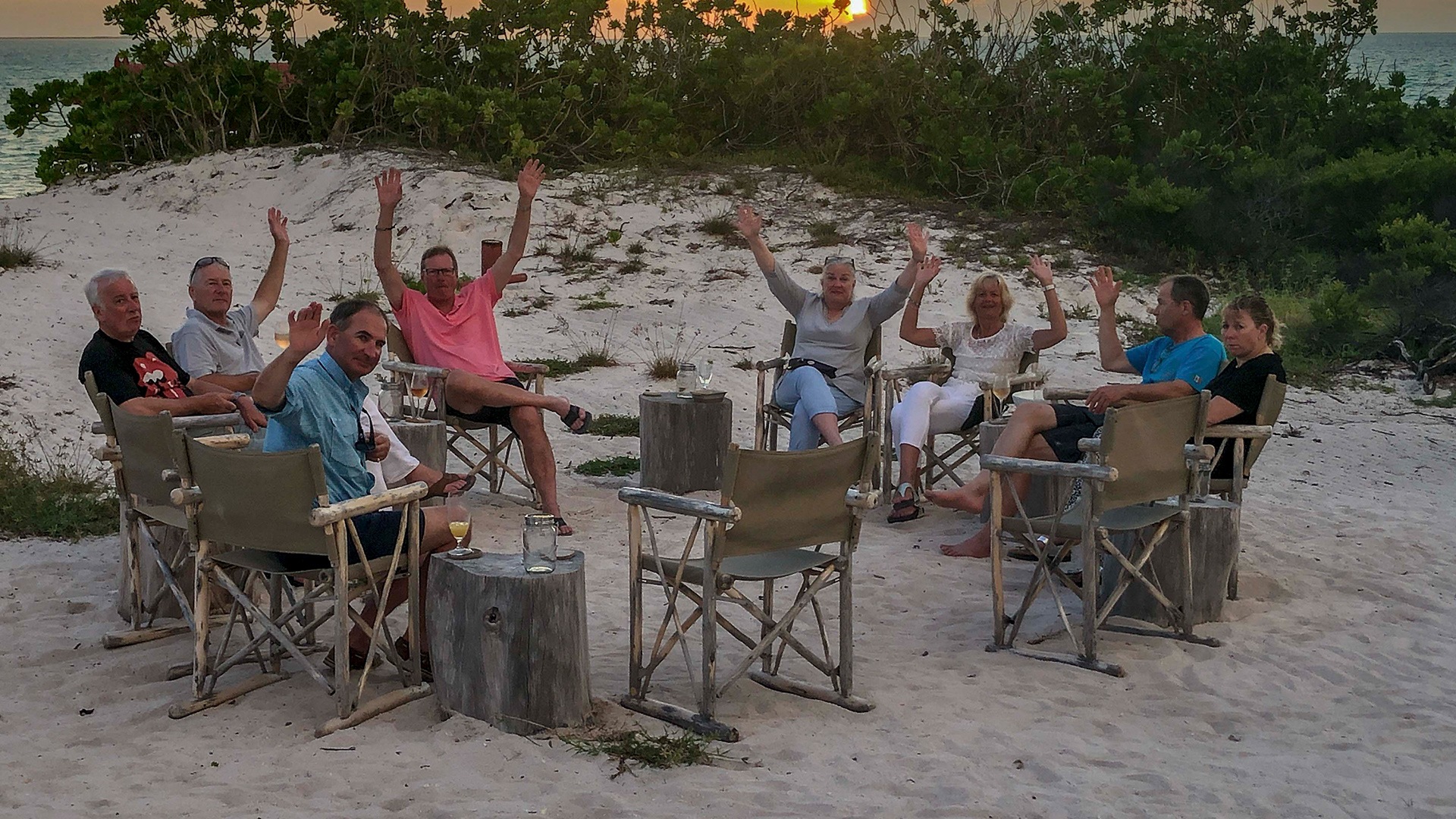 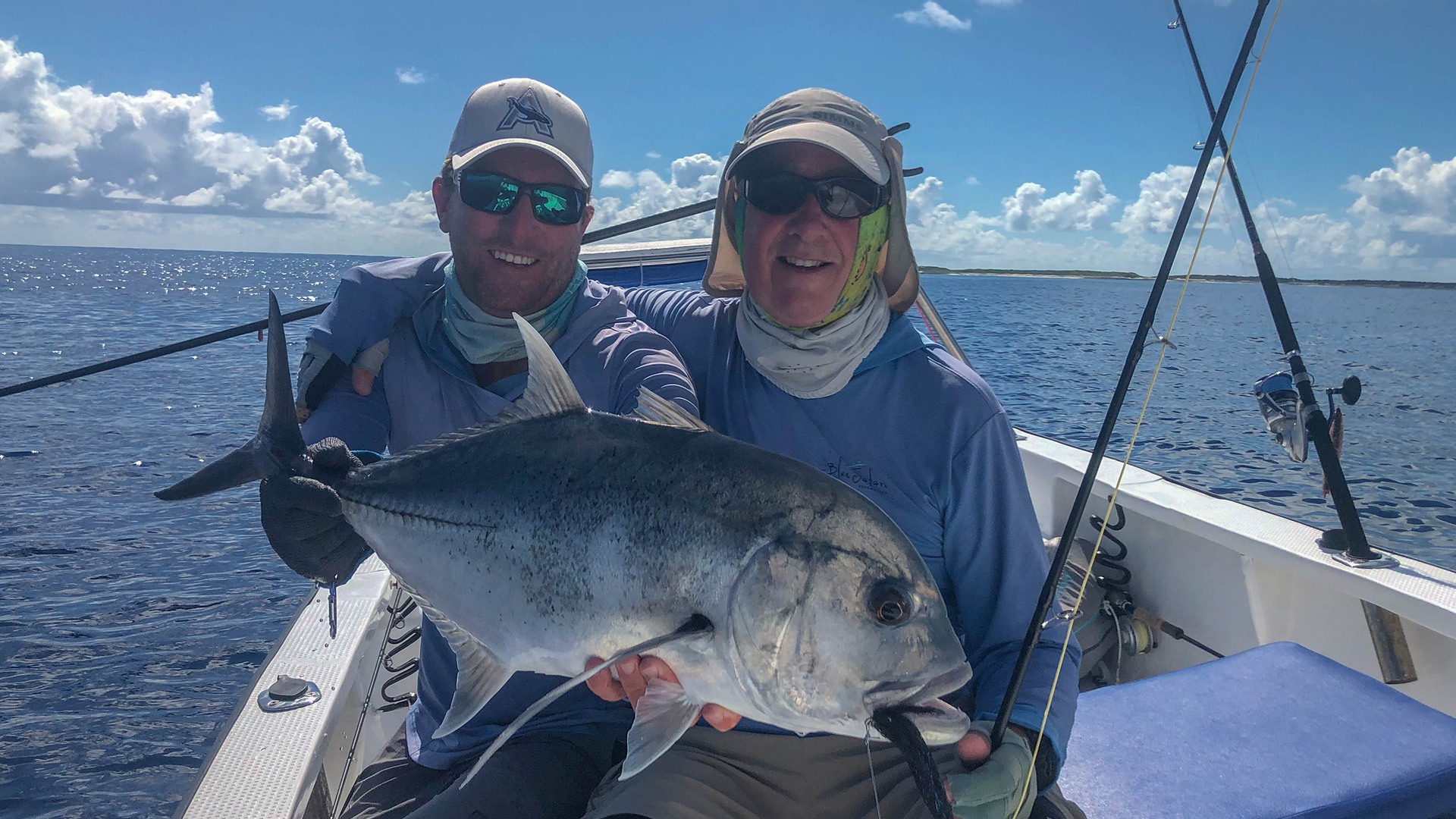 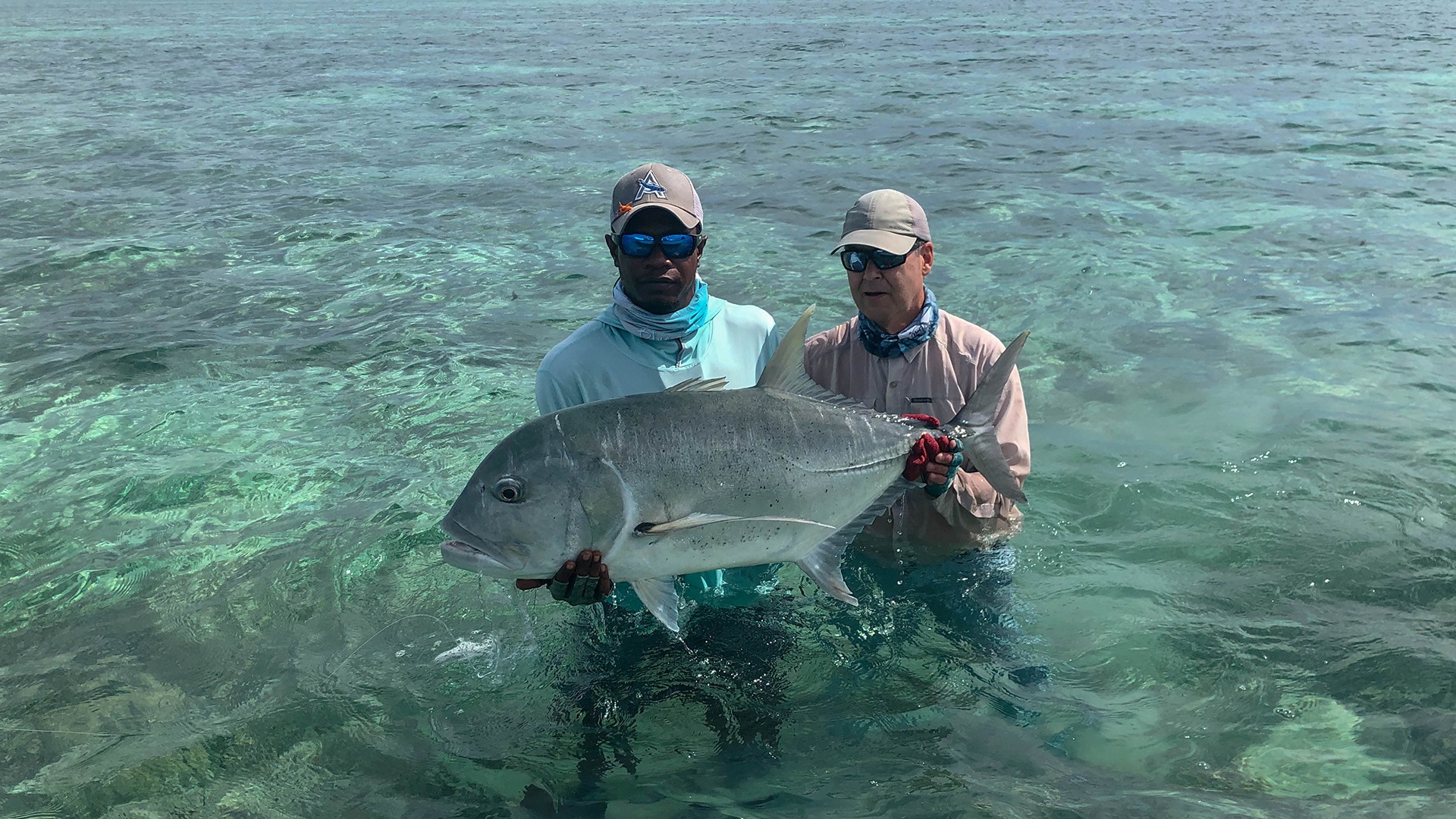 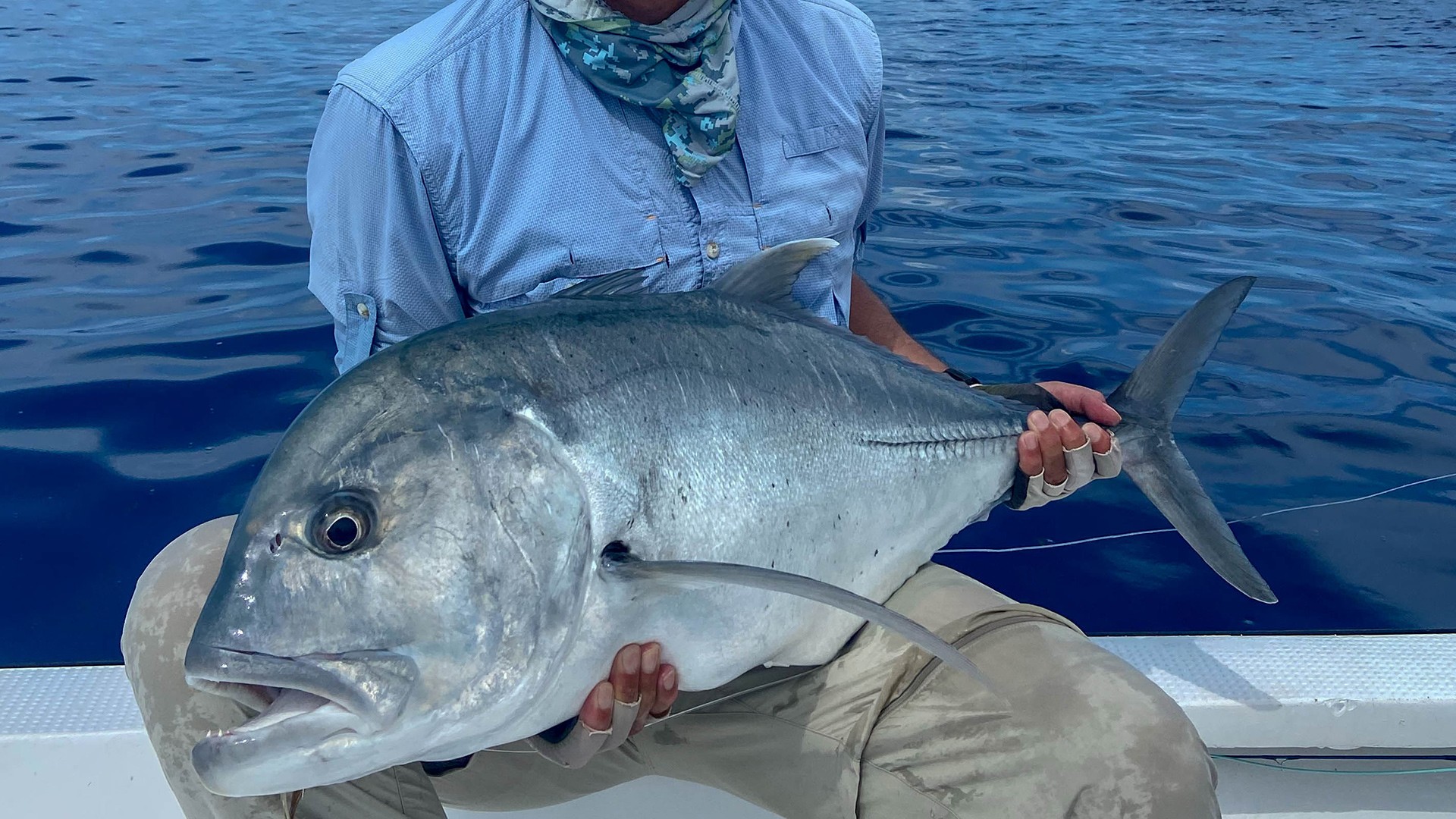 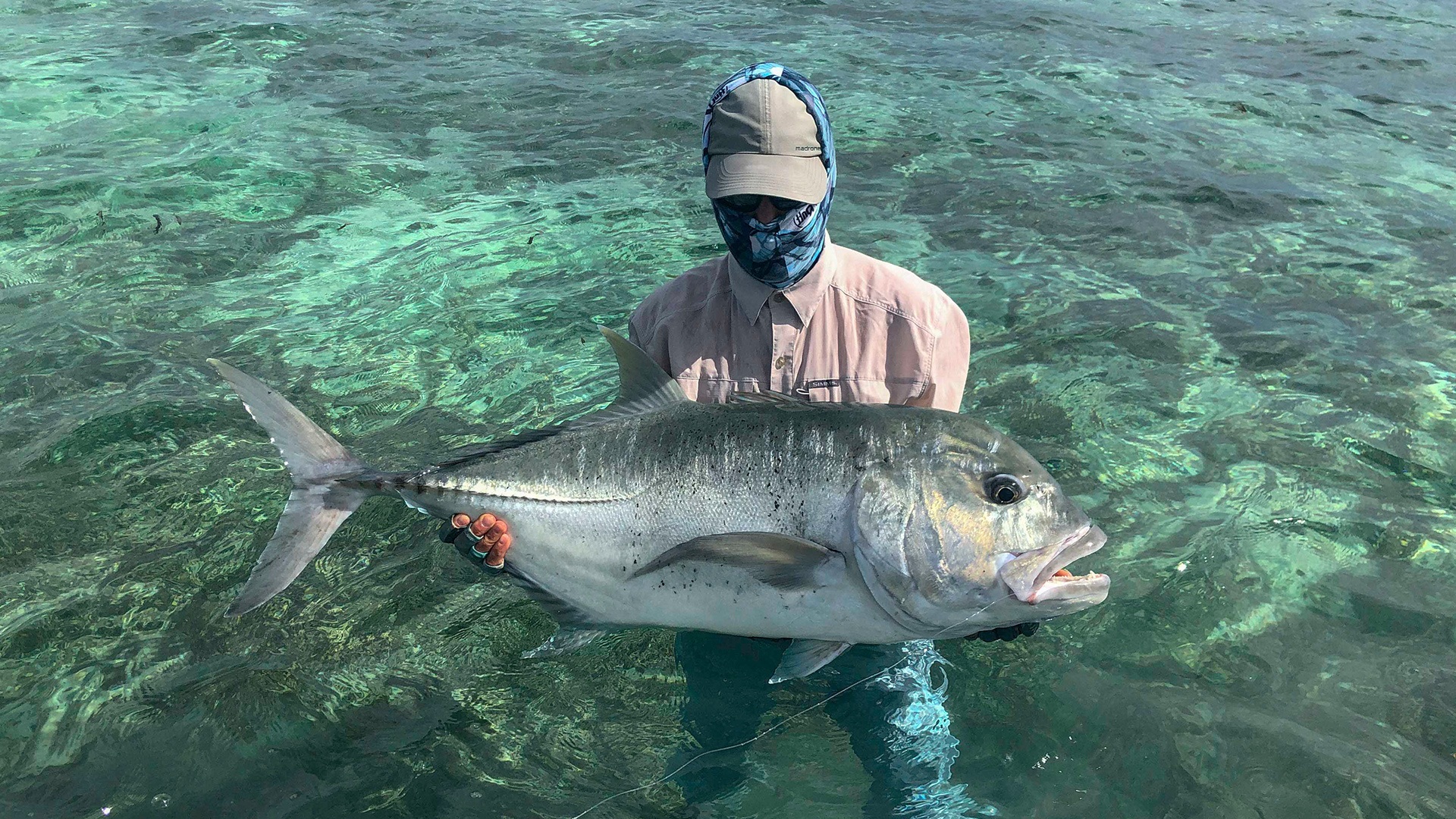 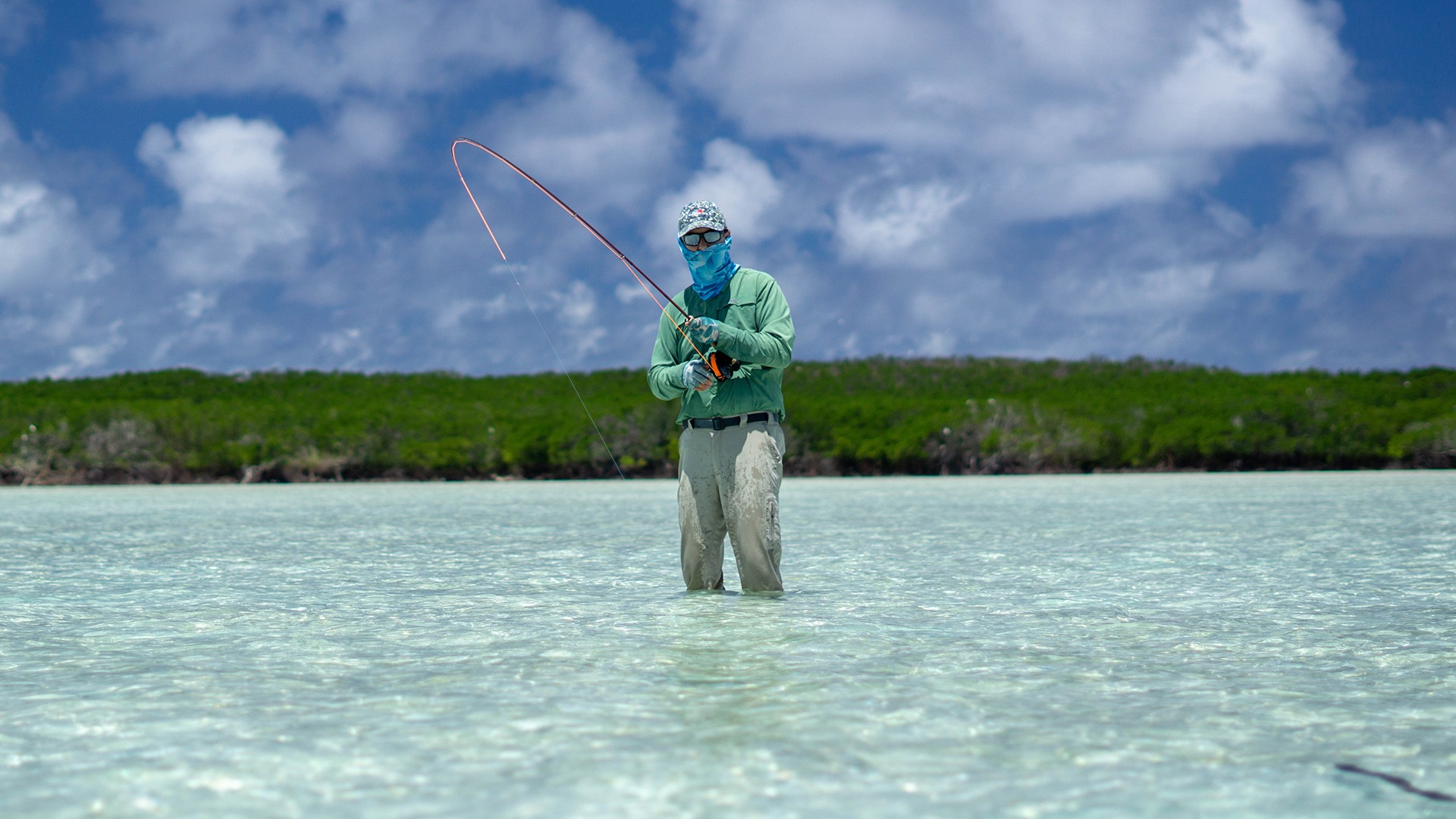 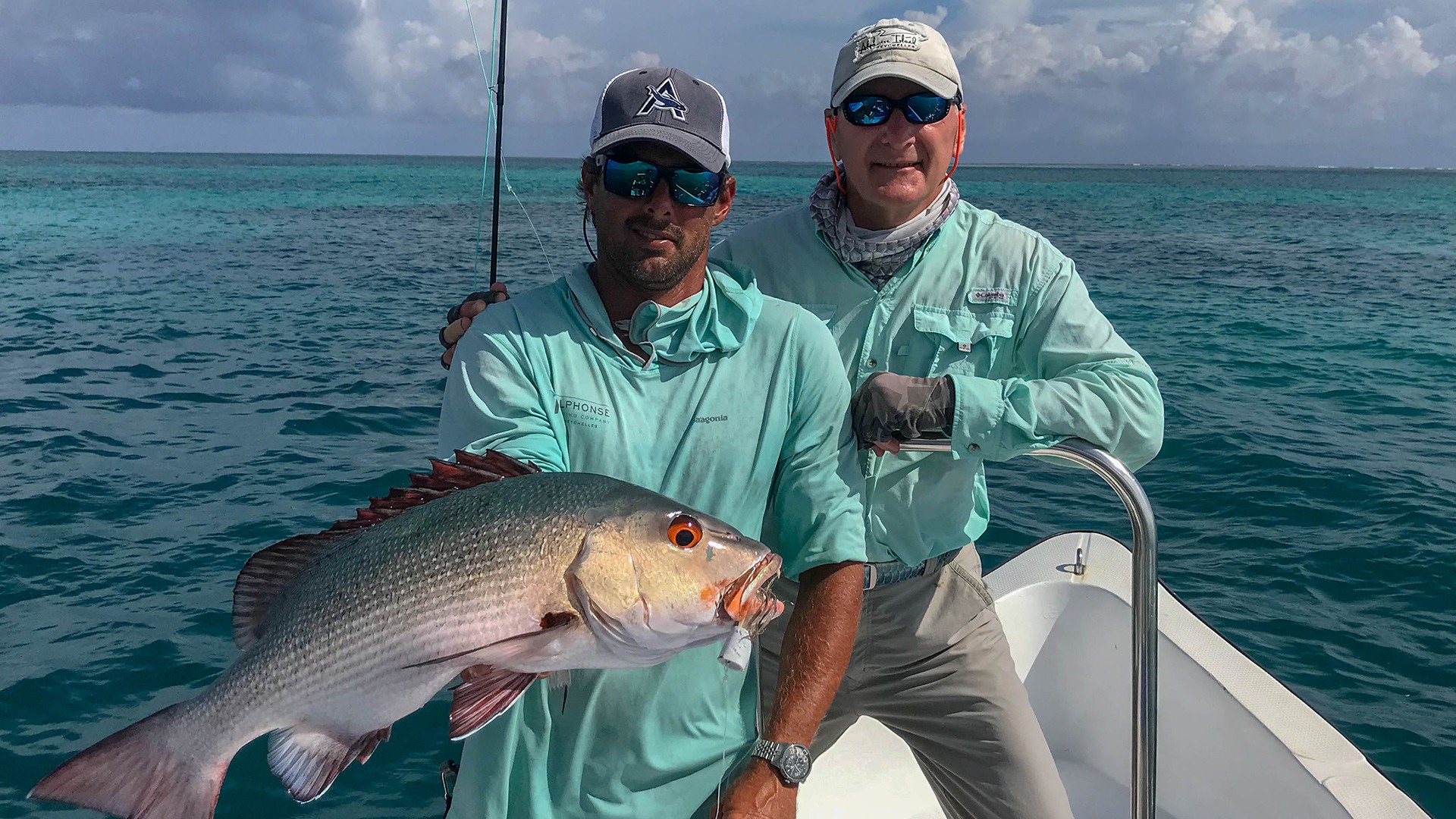 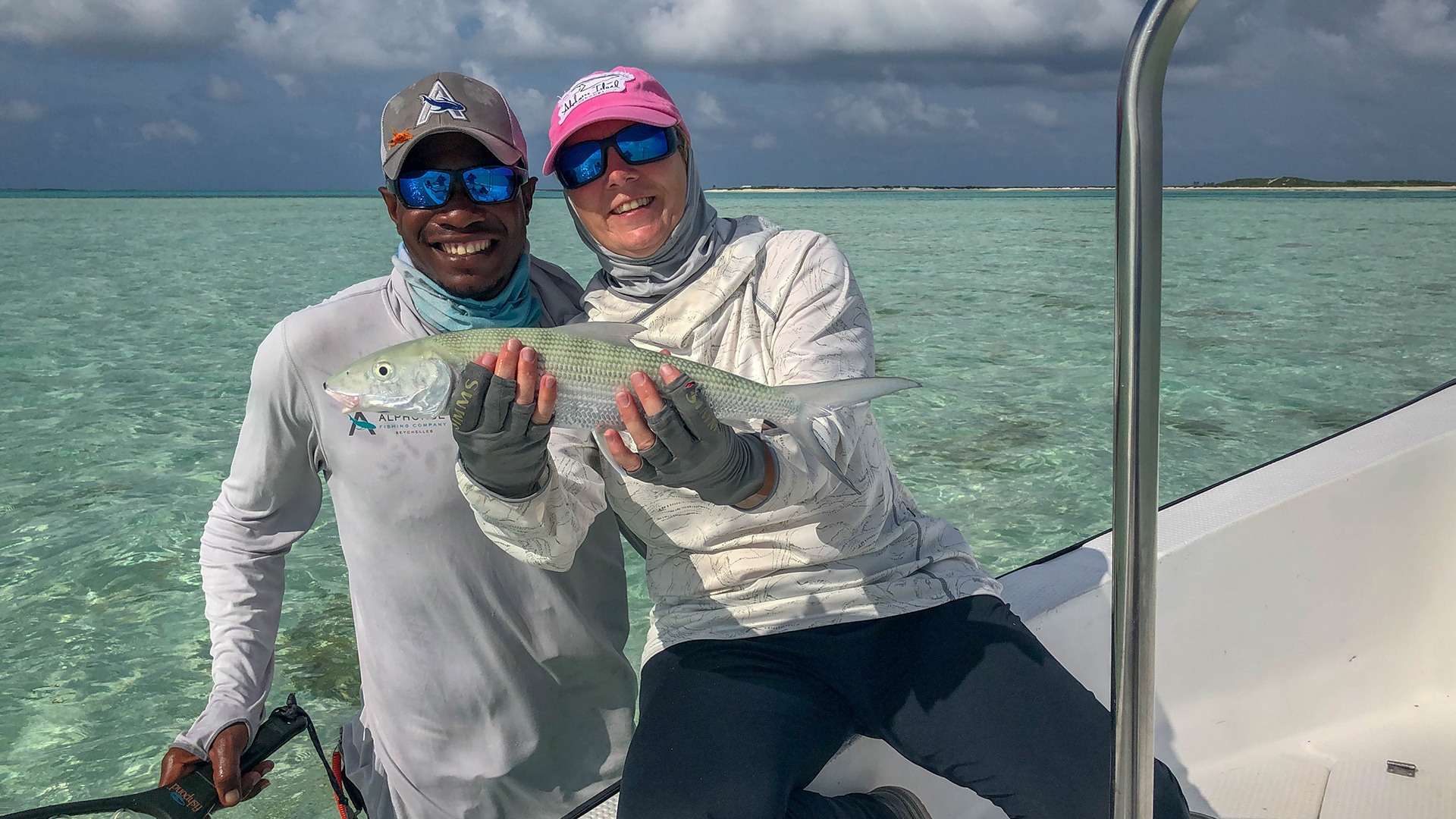 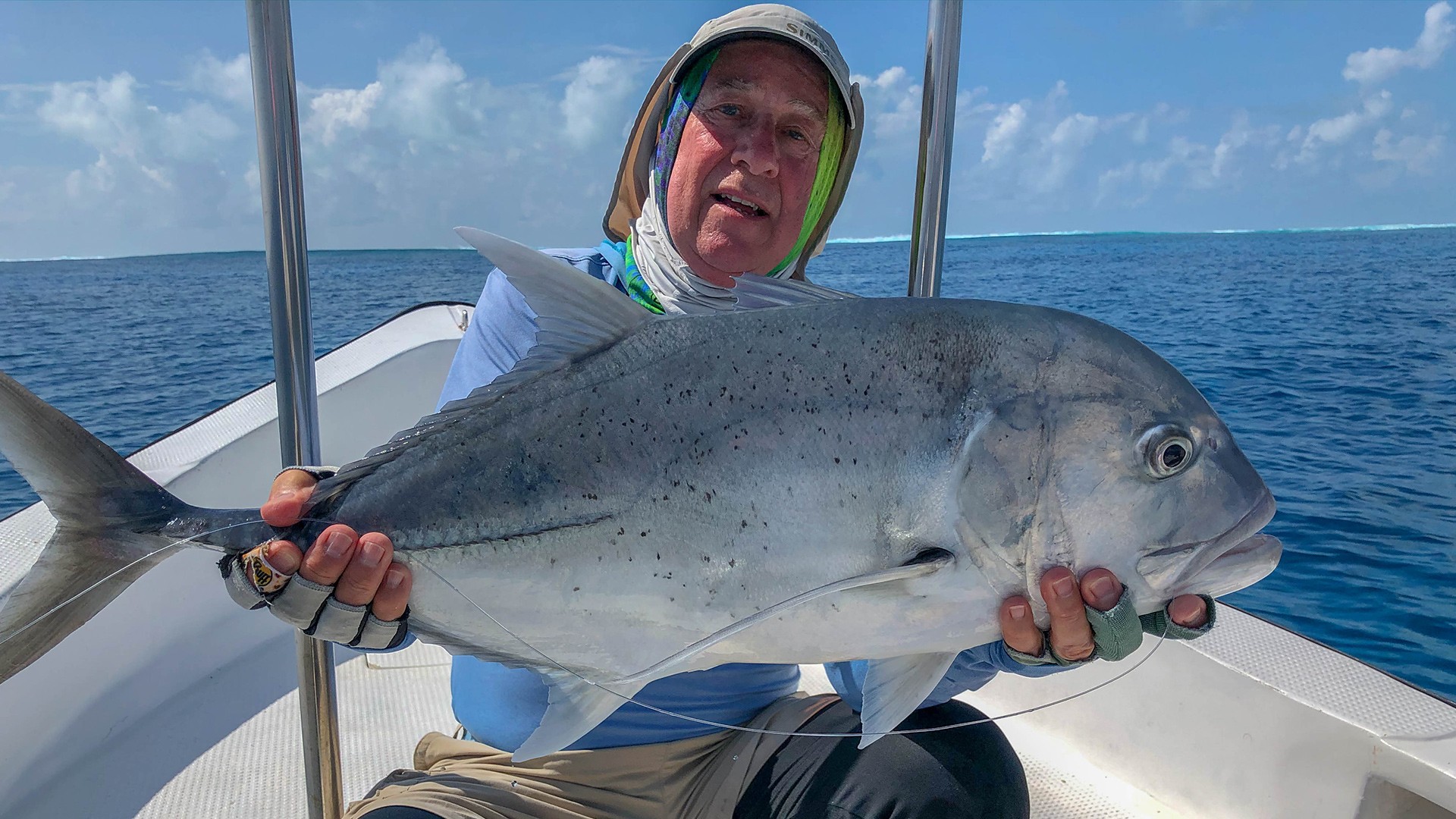 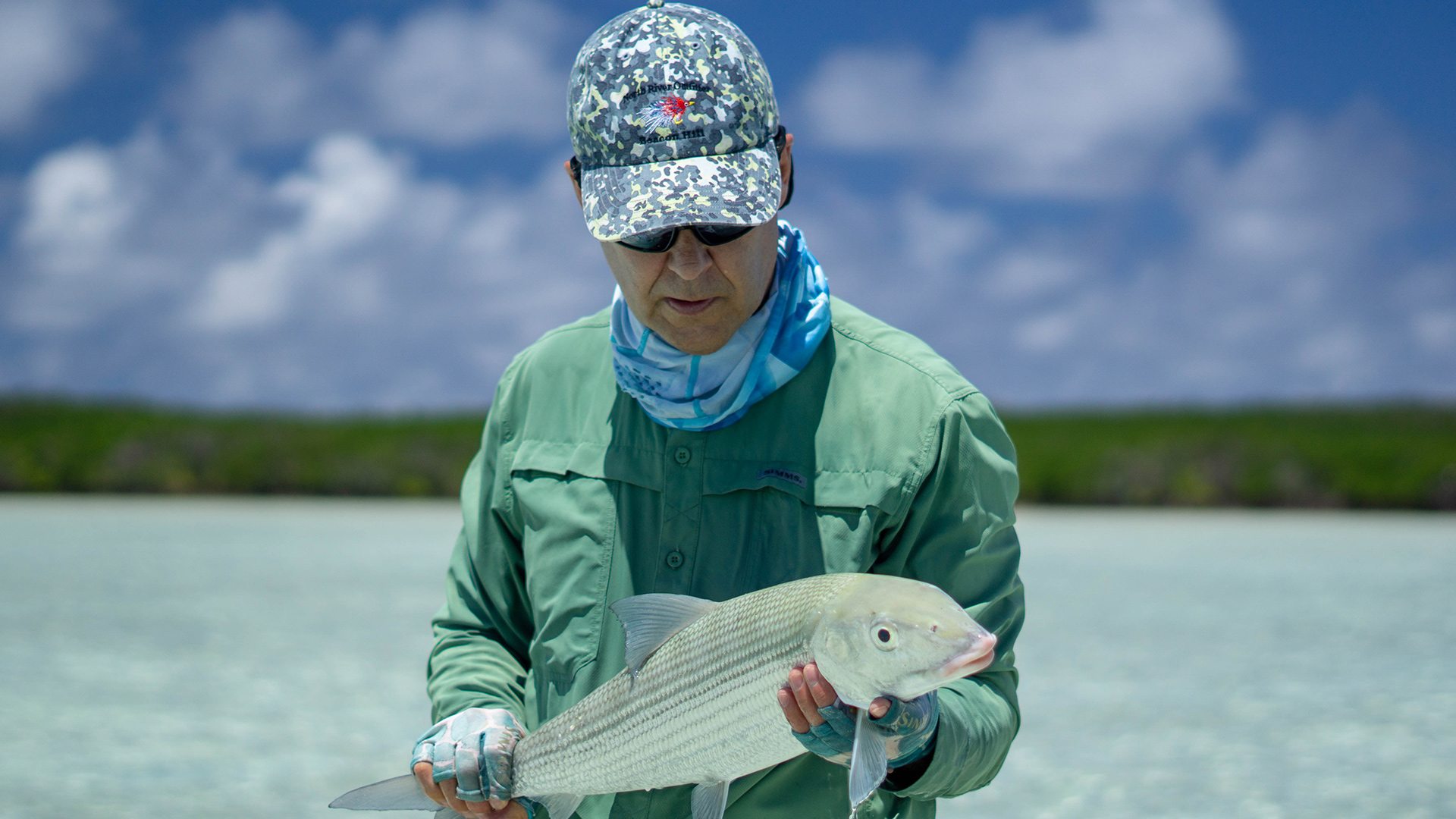 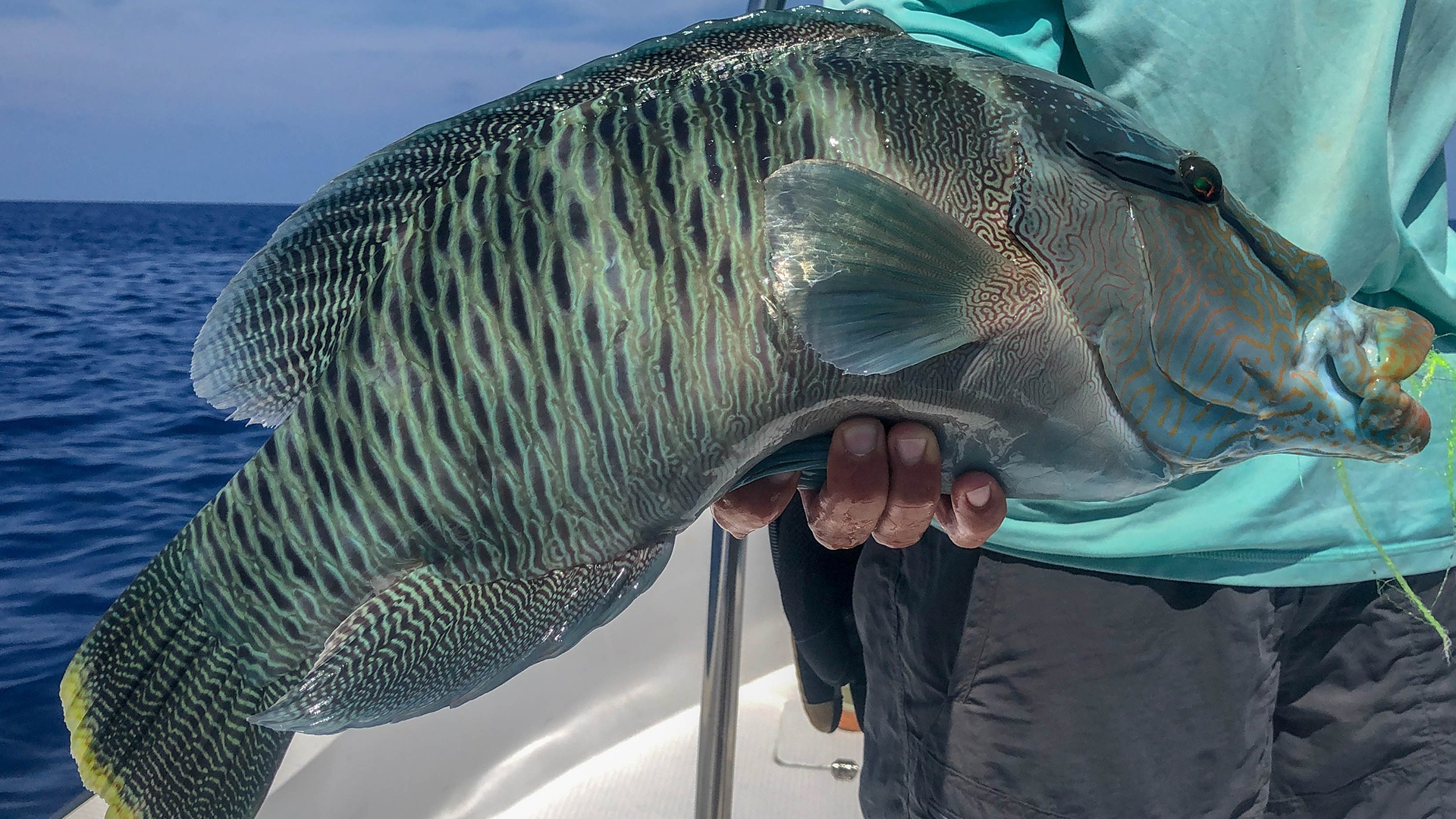