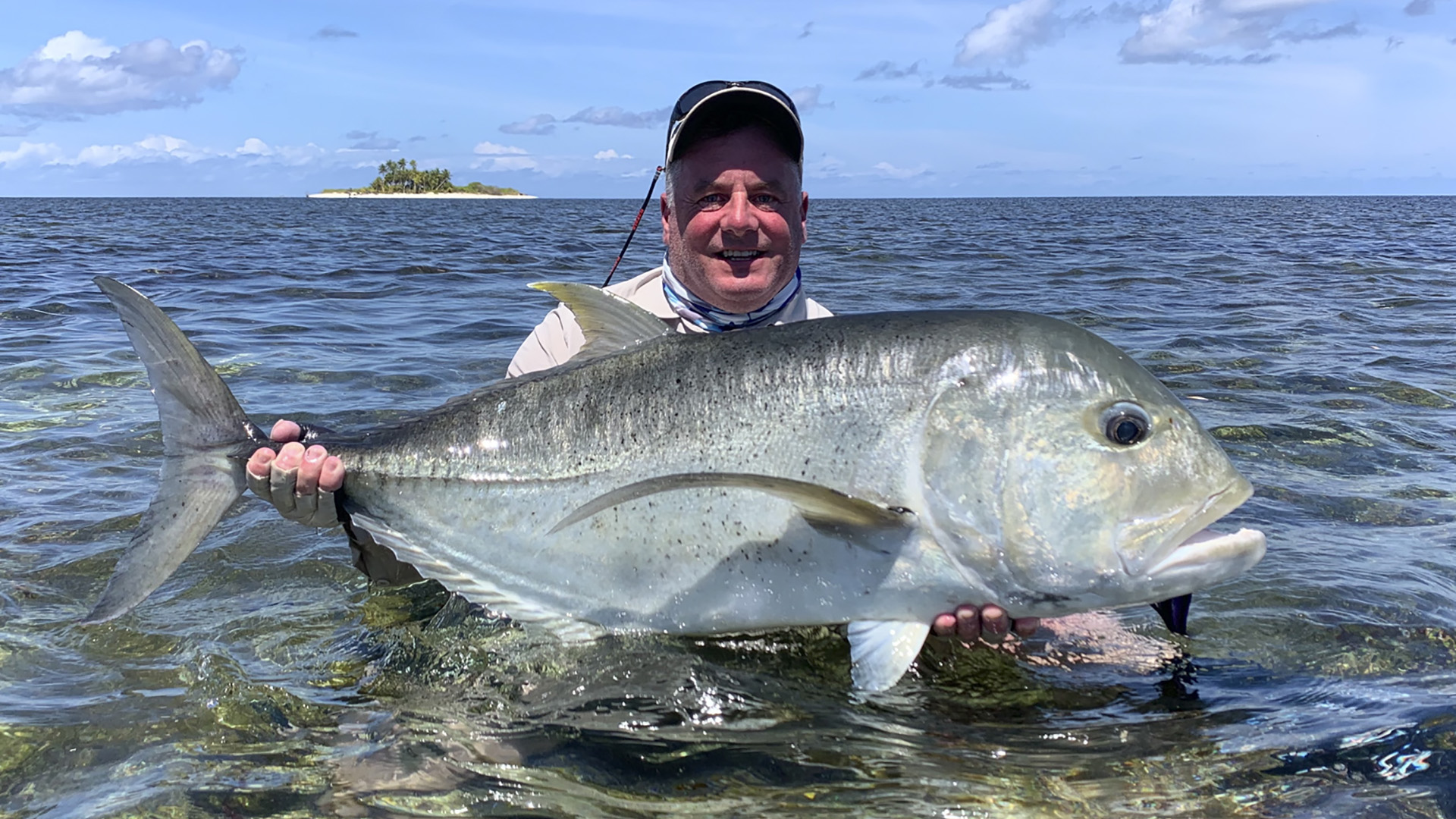 A great week of fishing started off on a spring tide with a 0.3 m low tide in the morning pushing to a 1.9 m high in the afternoon. The high tide continued to get higher throughout the week peaking at a 2.3 m high. The arrival of the neap tide slowed down the tidal movement towards the end of the week. The weather was consistently sunny with isolated gusts of wind. This combined with great tides presented great conditions with an array of opportunities for our anglers.

The highlights of the week started off with Chantal Chone, who was celebrating her birthday, she was enjoying her second week fishing with us. She managed to catch a 74 cm GT while fishing with Yousuf Shaikh. This had been previously caught and tagged in and around the same location in April 2019 as part of our Giant Trevally Monitoring project. The tag allows us to see and analyze the movements of this fish, and 74 others, using our network of infrastructure. To celebrate her birthday, she caught not one, but two permit on the following day with our very own Alex Quatre. What a way to enjoy your day in the place you like the most catching the fish you love the most!

Dan Christensen was having himself a great week. On one of his days on the flats with Serge Samson he caught three GT during their surf walk. That hat trick came close to our Atoll record of five fish on one walk. His biggest fish of three was a fin perfect 81cm GT.

Refusing to be beaten, Garrett Ruigrok while on the water with James Christmas had himself an encounter with a tank. James was poling himself and Garrett on the east of Bijoutier heading towards Bus Stop at the beginning of the push in skinny water. They saw the fish swimming in the shallow water on the flats with a fair amount of its’ back out of the water. Garrett lined up a great shot and from there it was a textbook catch. The fish charged and ate the fly leading to some tense moments on the boats as James did his best to dissuade Garrett from reverting to his built-in fresh water habit of lifting the rod whilst fighting the fish. The fish proceeded to tow them on the boat for a few minutes until they eventually landed their quarry. The best part of it was that the greater part of the fight happened in less than 50 cm of water. Garrett left that encounter with a 104 cm GT caught and safely released to his name.

Ty Pollock had to have the last say though and his persistence rewarded him with a stunning fish. Serge’s great run continued as he made the call to see what was happening on the outside of the atoll near Helmuts Knoll. Ty threw the popper, a task that has left many anglers in a puddle of sweat, and a 109 cm GT came up and engulfed it in its’ jaws. Fortunately, they chose a great place to fight the fish and proceeded to land it without too much drama. After few photos and a pit tag this fish was safely released. This effort and his earlier catch of two GT’s on the same day led to him being crowned Anger and GT Champion of the week. Well done Ty!

Congratulations to our anglers who fished hard and were rewarded with great catches over the week setting up a good platform for the next group of guests coming.

Tight lines from the Alphonse Fishing Co. Team on Alphonse. 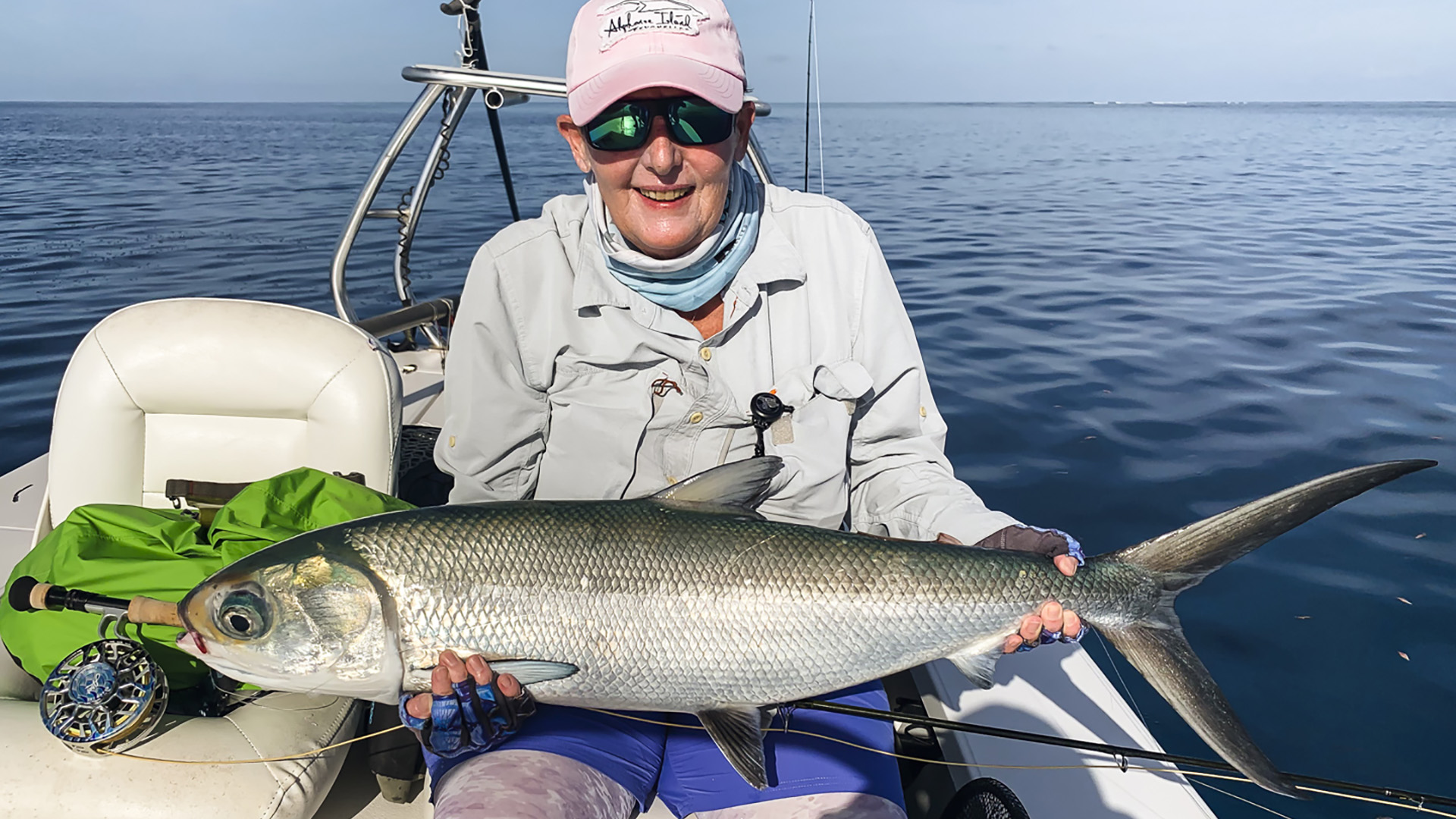 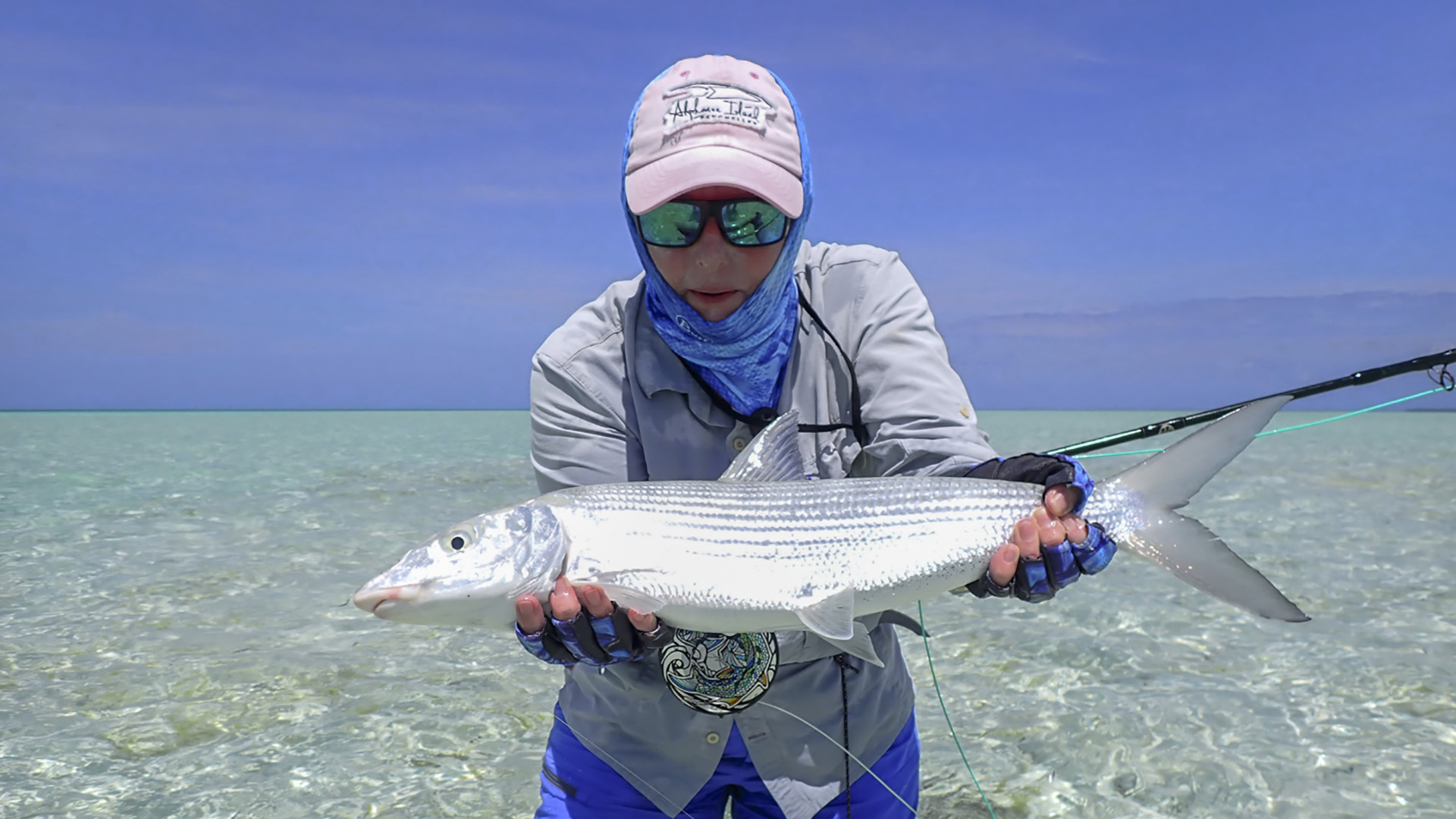 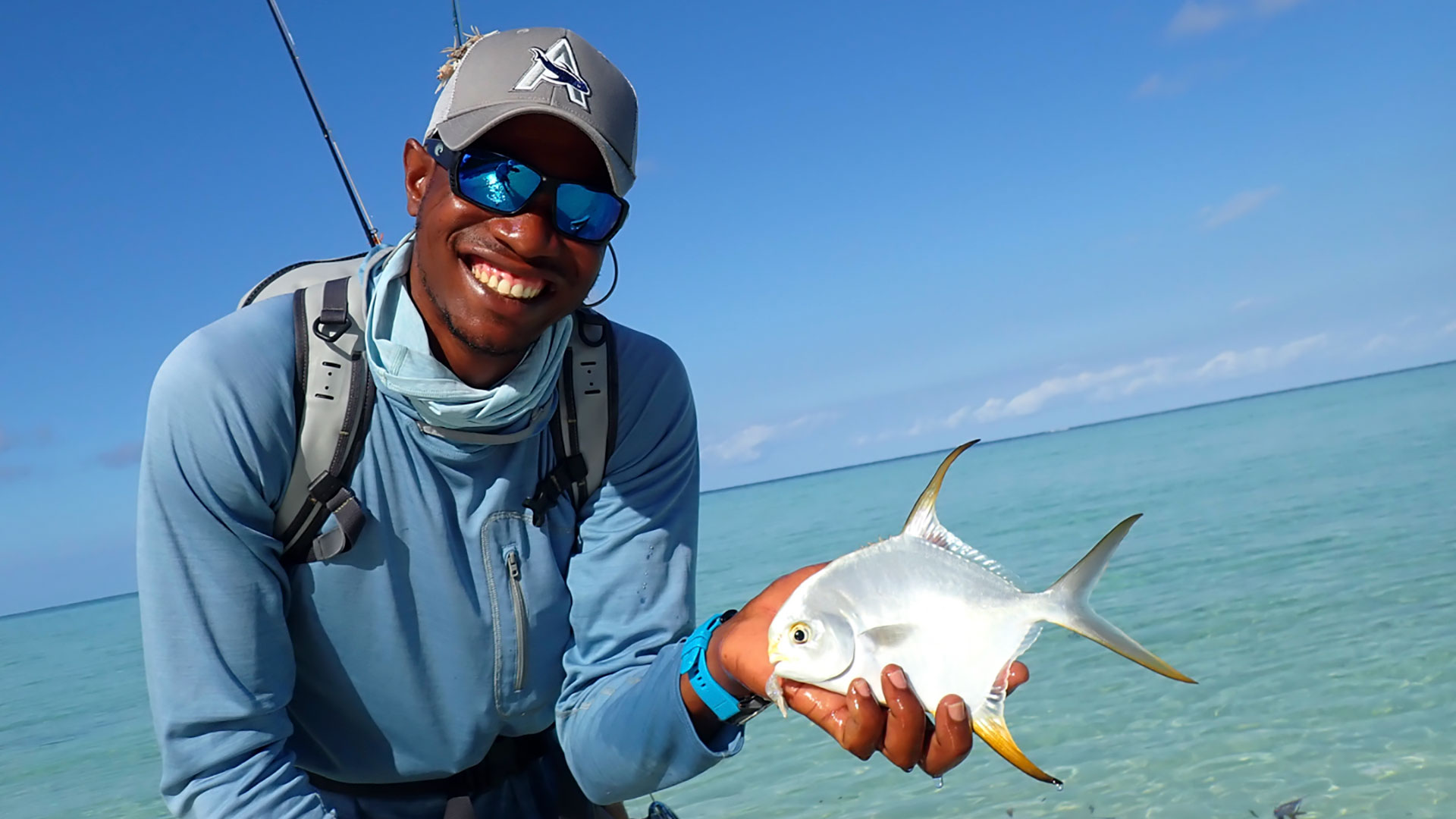 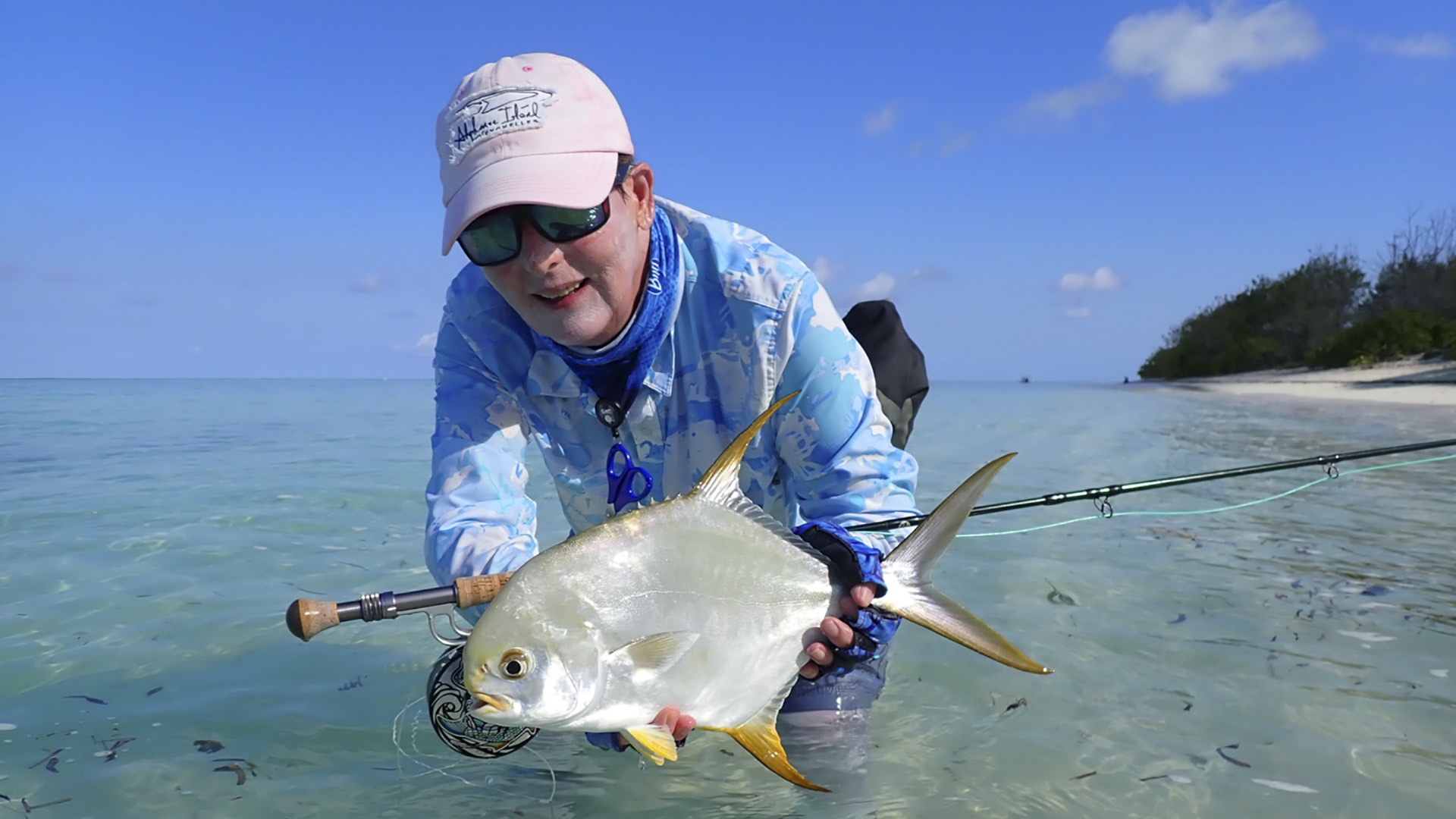 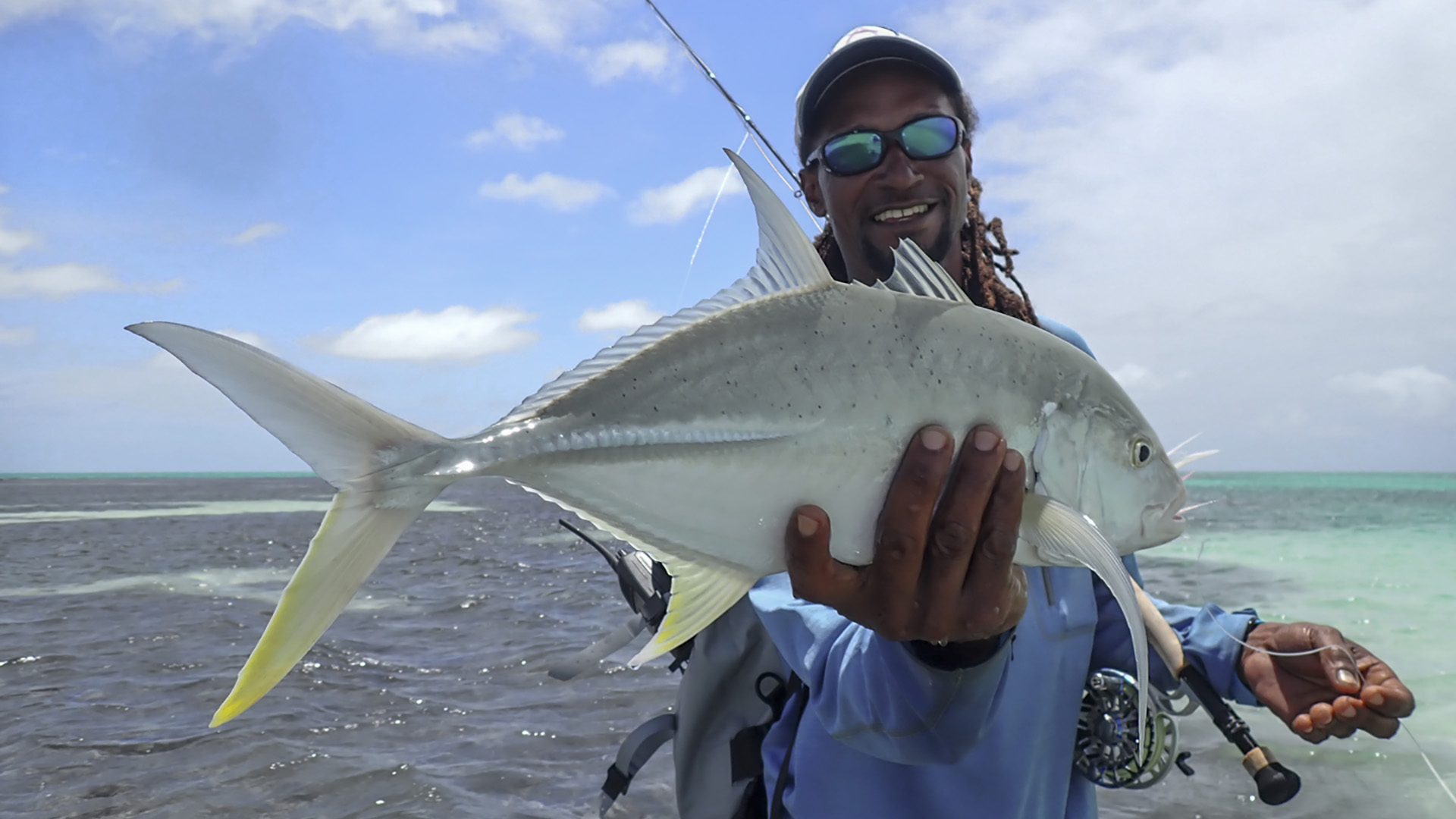 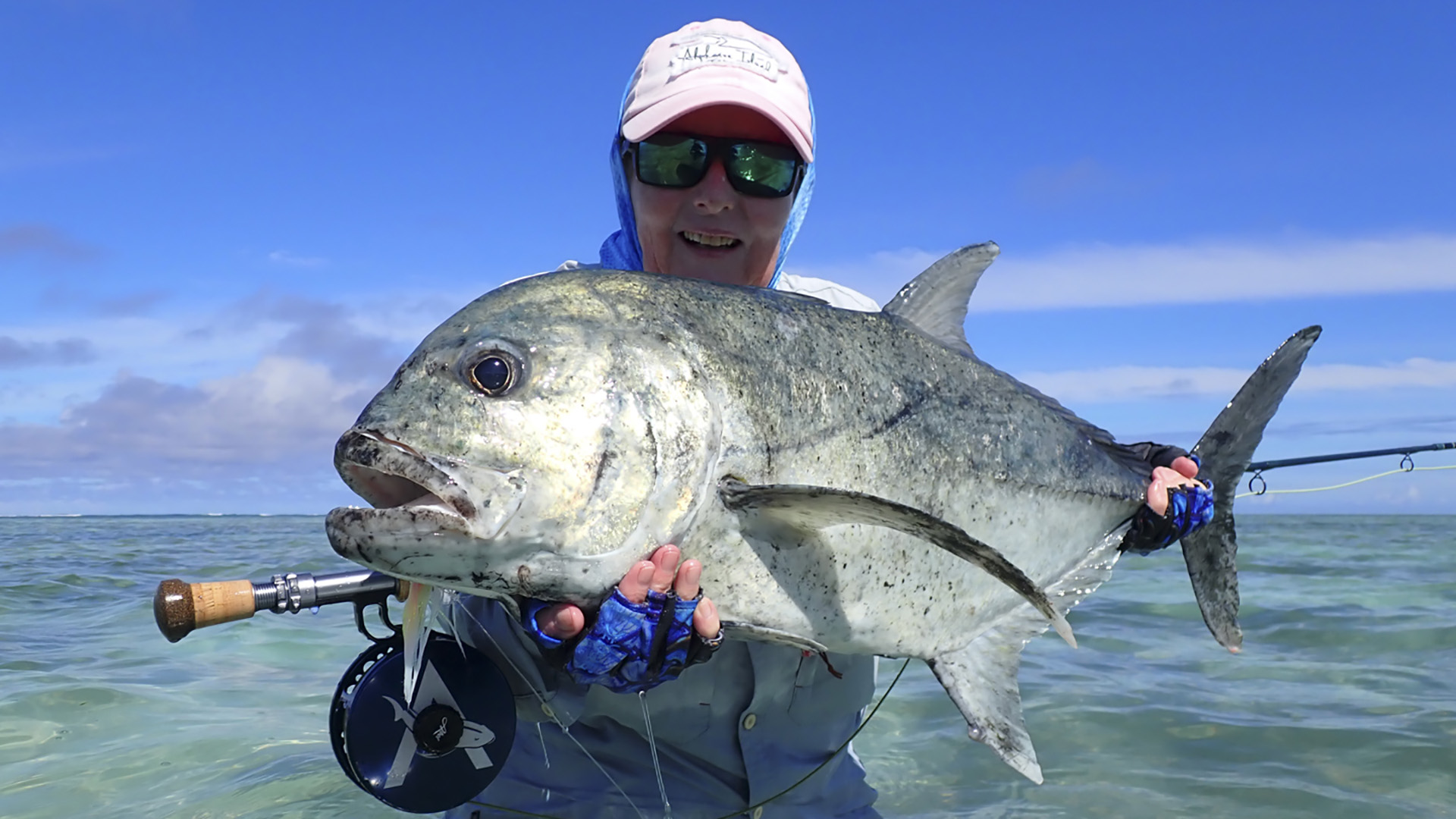 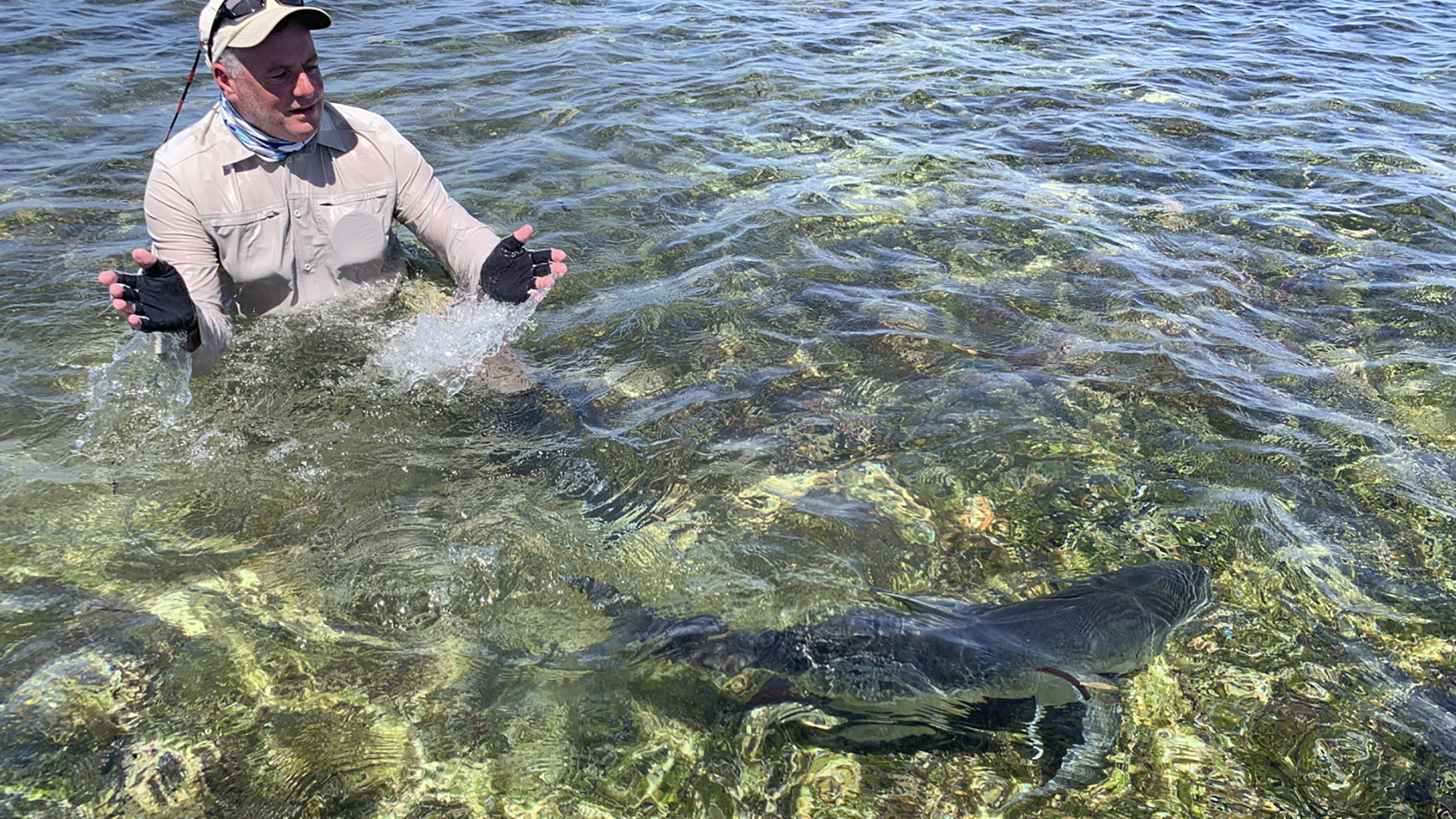 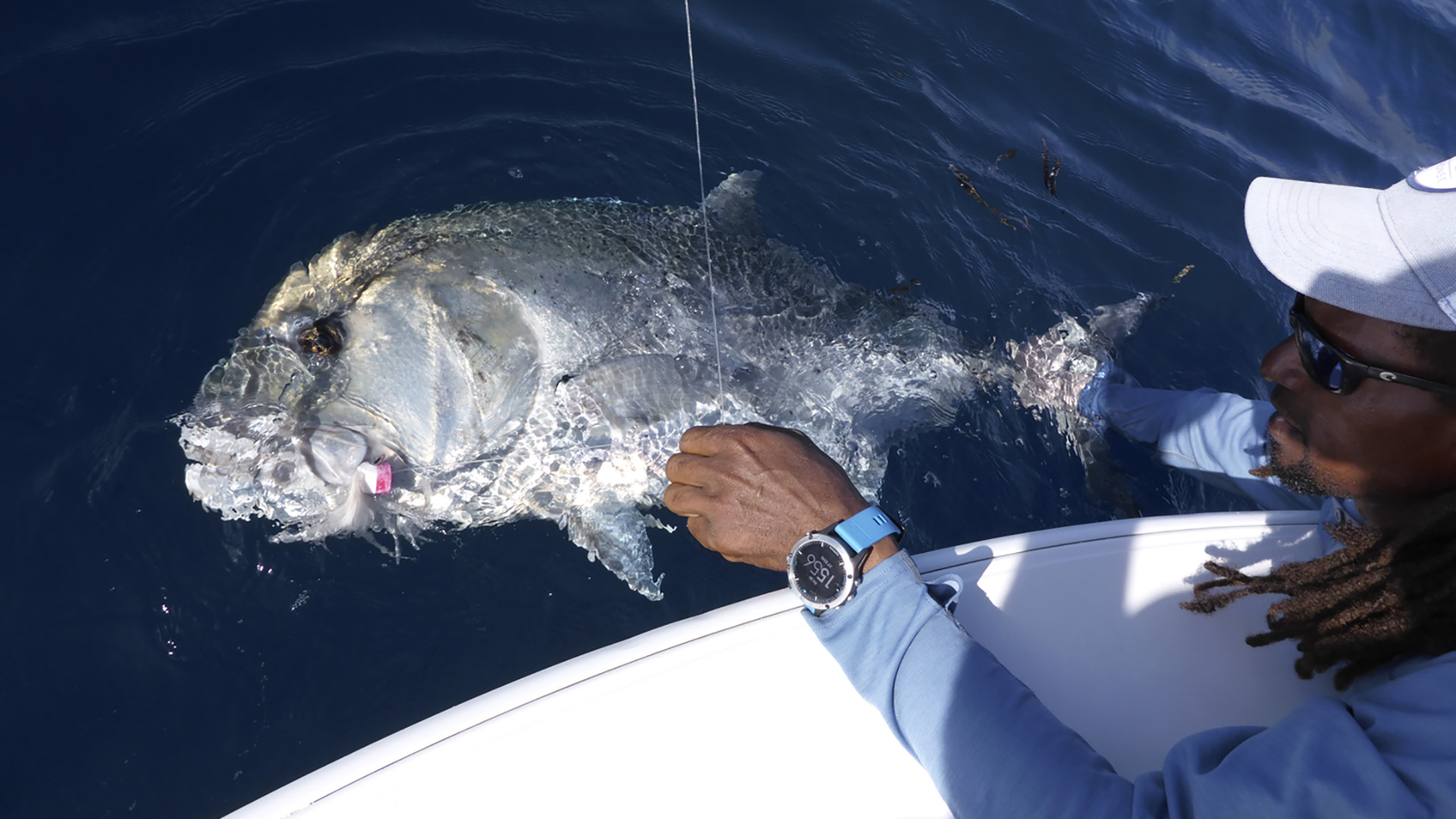 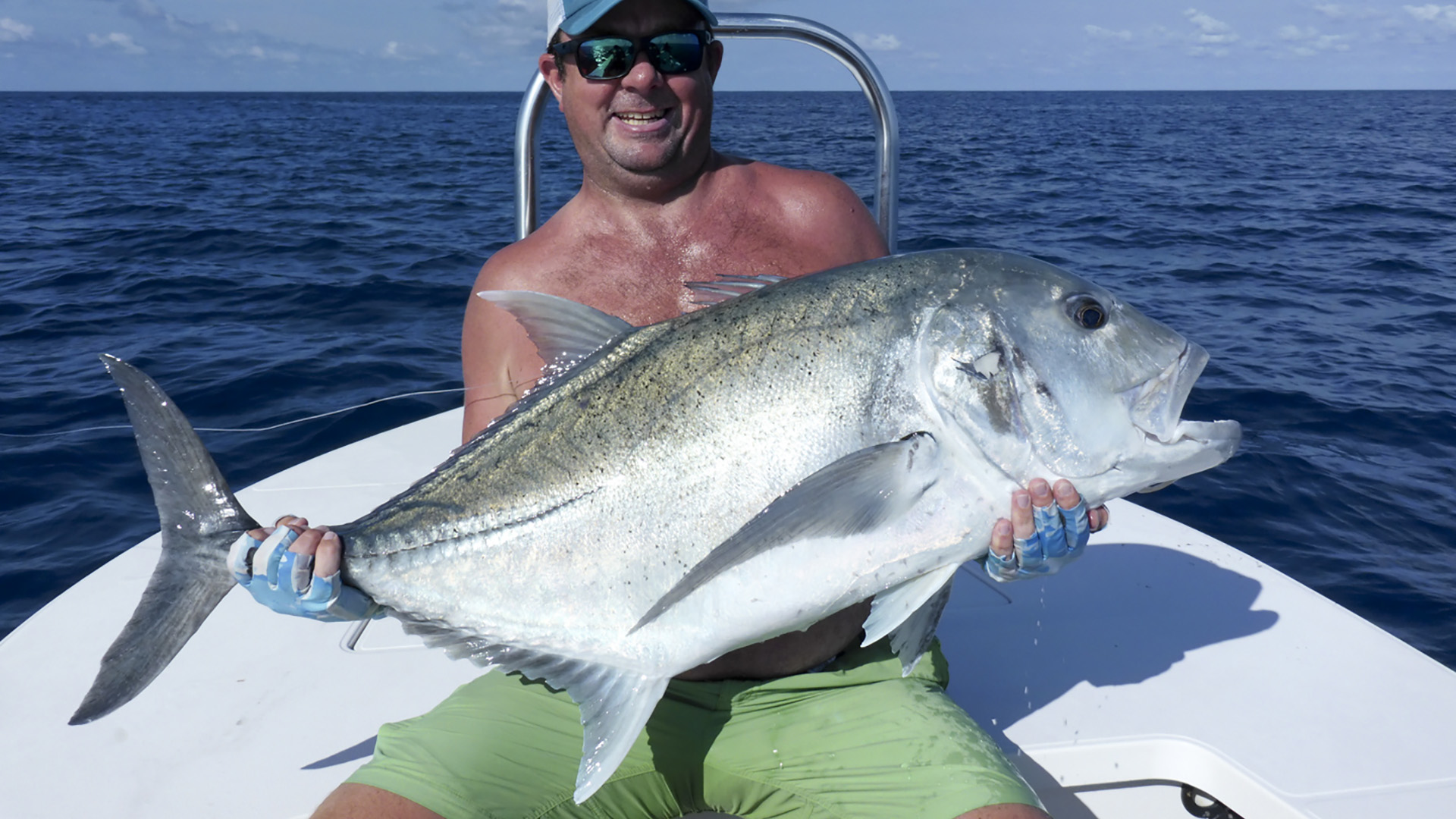 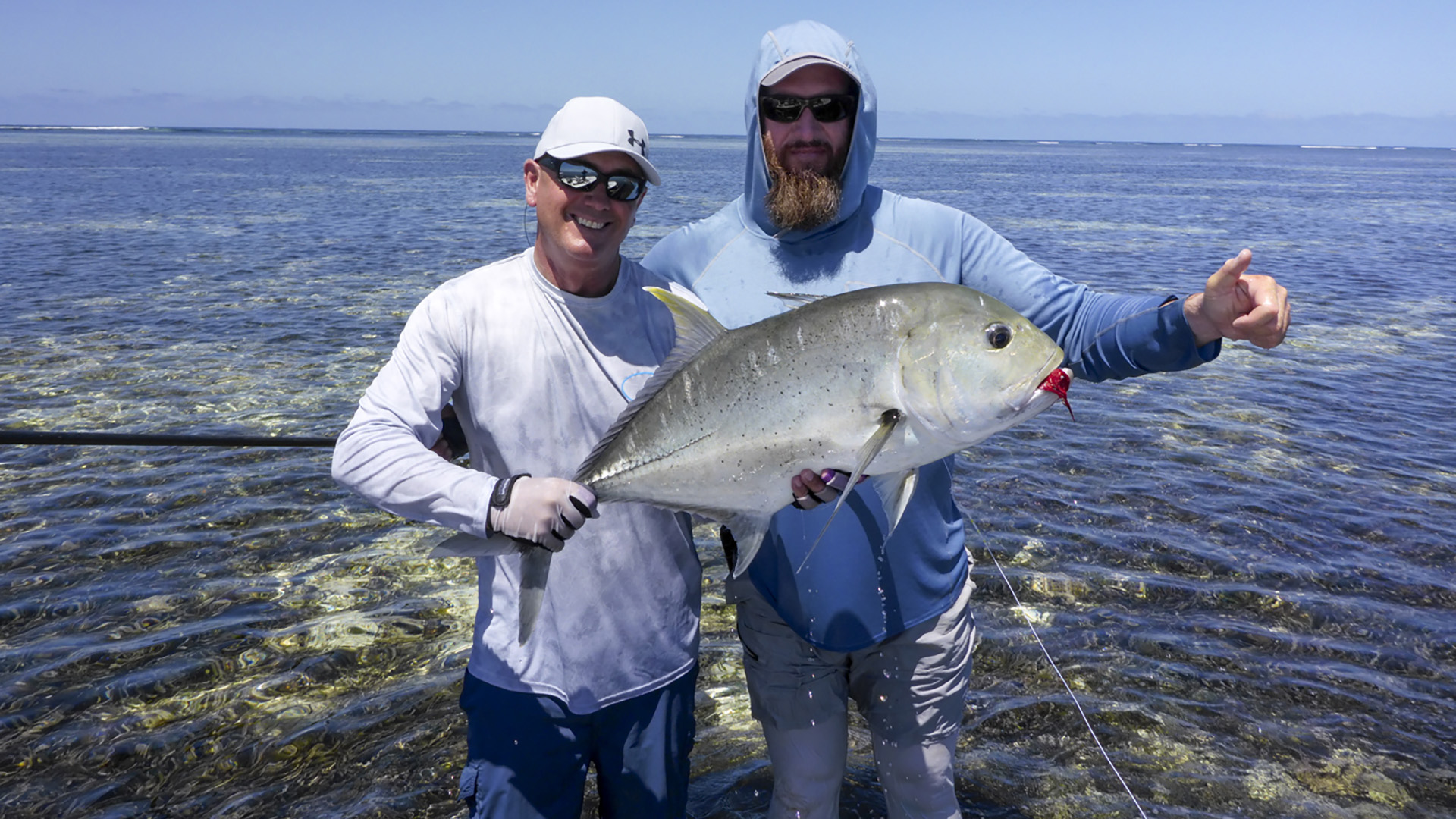 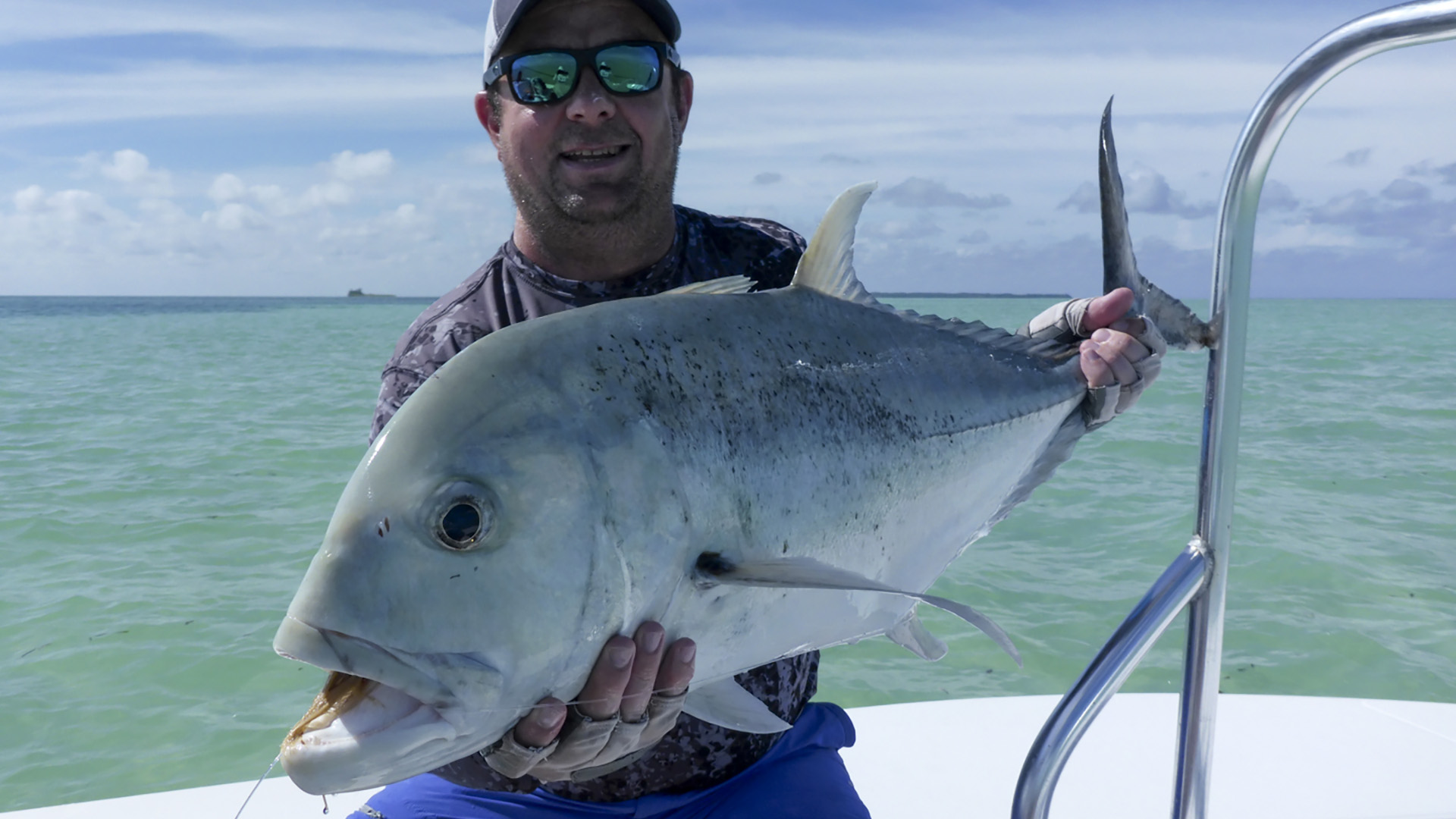