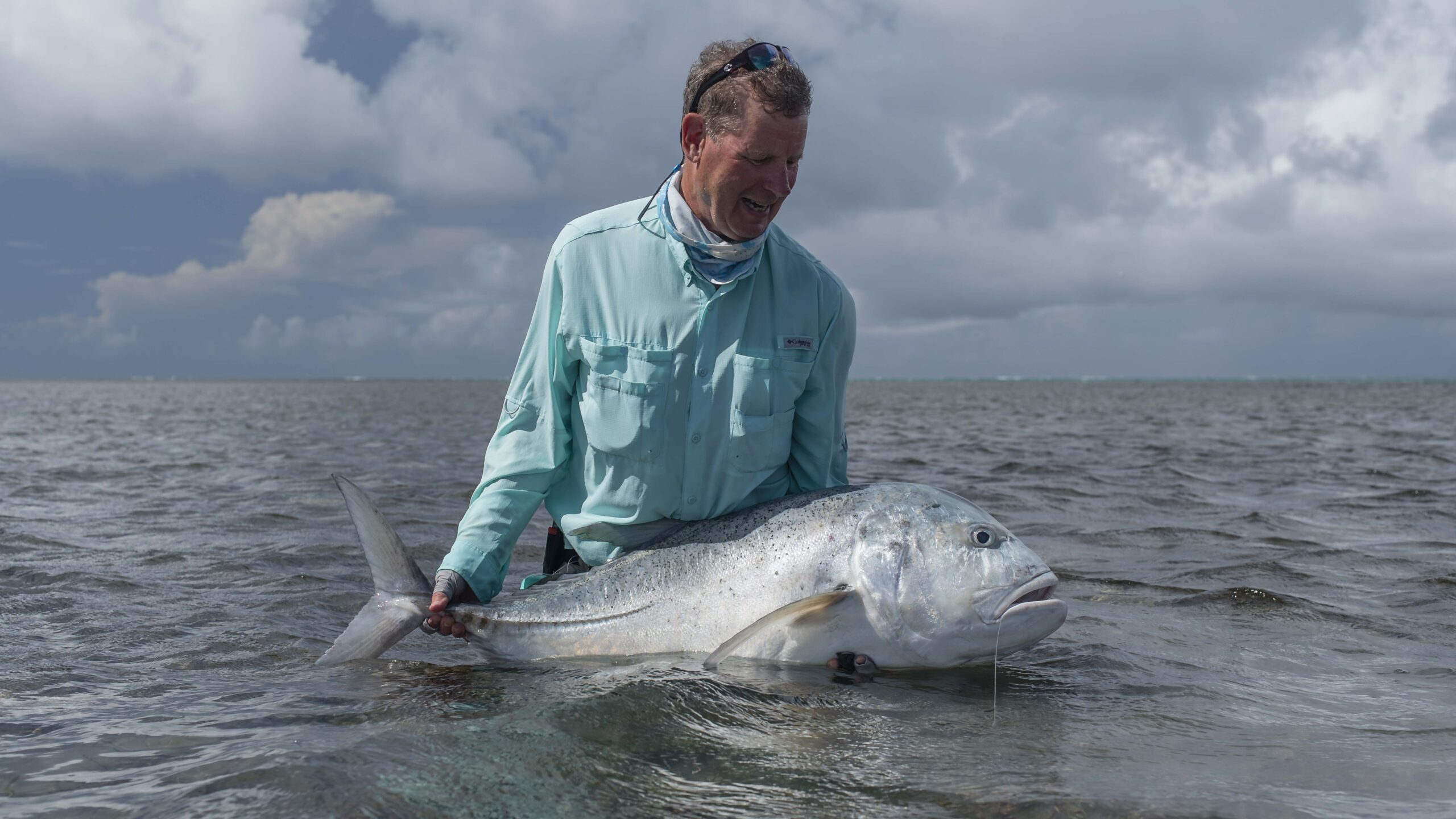 The South Eastern remained a challenge throughout the entire week, pushing in large swell and heavy cloud cover. However, by midweek the sun made its appearance and the fishing turned on, like a lit up Bluefin behind a 4/0 crease fly skipping on the water’s surface.

The Bonefishing remained very stable during the week with more than 400 fish landed, including a couple well over the 60 cm mark.

With the sea standing up due to the wind, Giant Trevally was targeted inside the St. Francois lagoon. Jeremy Rochester, from the Wildfly crew, landed a special 82 cm fish, his personal best, inside Rattray’s channel. Alphonse atoll itself fished well too, with Lee Potter landing two GTs at GT bay on Friday. The GT of the week was raised by a popper in Petit La Passe by Dick Warner – a brute of a fish measuring 106 cm. Some large Bluefin are also being caught regularly, like William Hobhouse’s 74 cm specimen, proving that they are truly a worthy quarry on the fly.

Milkfish were prevalent inside the lagoon as well and large numbers were seen feeding along the finger flats. Two fish were landed during the week, one by Richard Simpson on Ignoblis finger, and the other by John Barns. John also had excellent blue water fishing throughout the week, landing three Sailfish on the fly. Gareth George, also from the Wildfly crew, struck gold Friday by landing a beaut of a Permit at the Back of the Moon.

We battled tough weather this week with high winds and a sun that was being very antisocial. We still managed to land a few fish though and put PIT tags in five new GT caught around St. Francois. We also had a crew from the South African fishing TV show “Wildfly” here filming several episodes, one of which will focus on the GT research that we are doing!

We managed to film the capture and tagging process of a GT with both the PIT tag and acoustic transmitter being surgically inserted. I believe the episode will air in Oct 2019 so stay tuned for more details. We are now tracking the movement and activity of 69 GT and only have ONE TRANSMITTER LEFT to put out. Who is going to be the lucky #70? 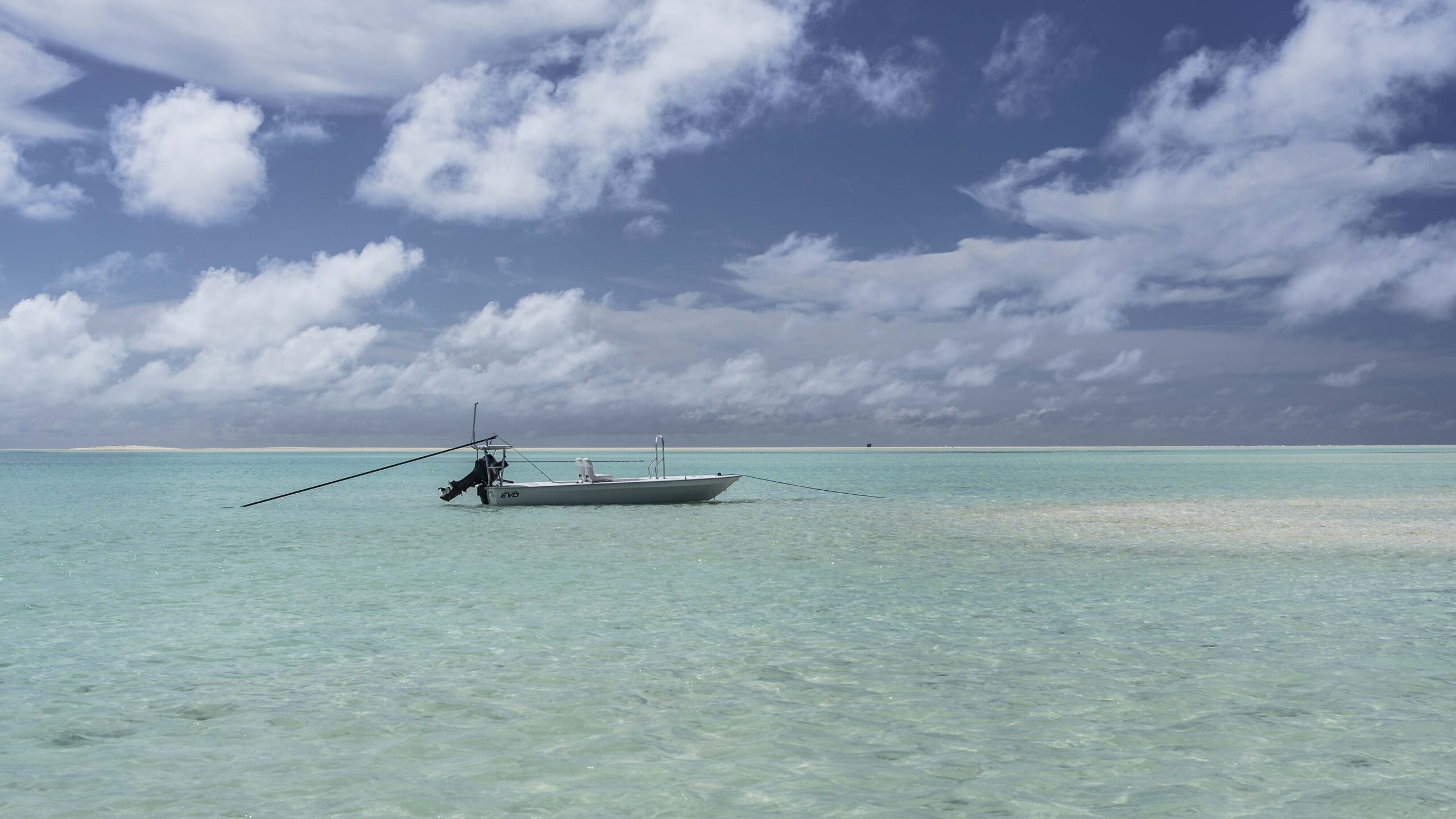 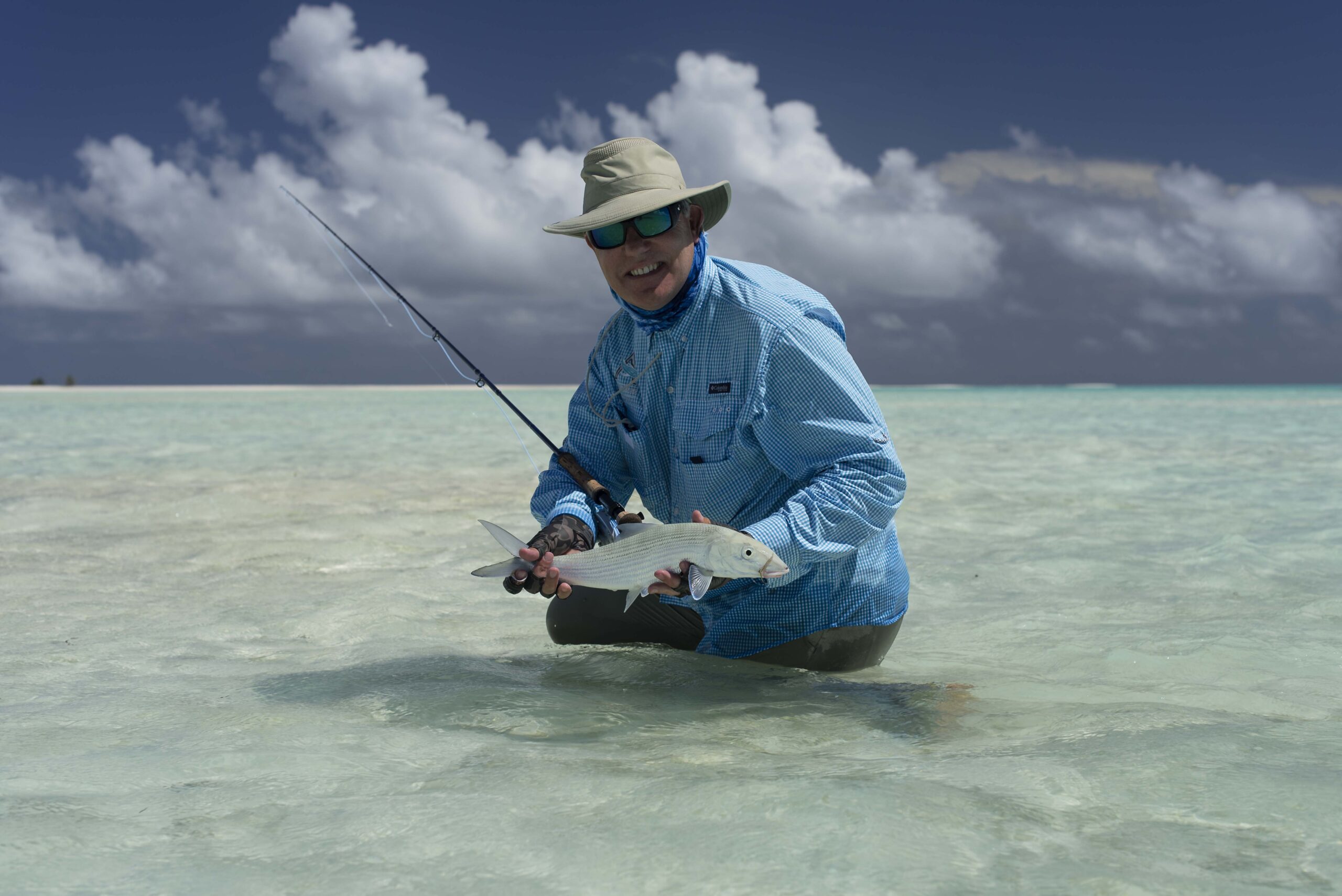 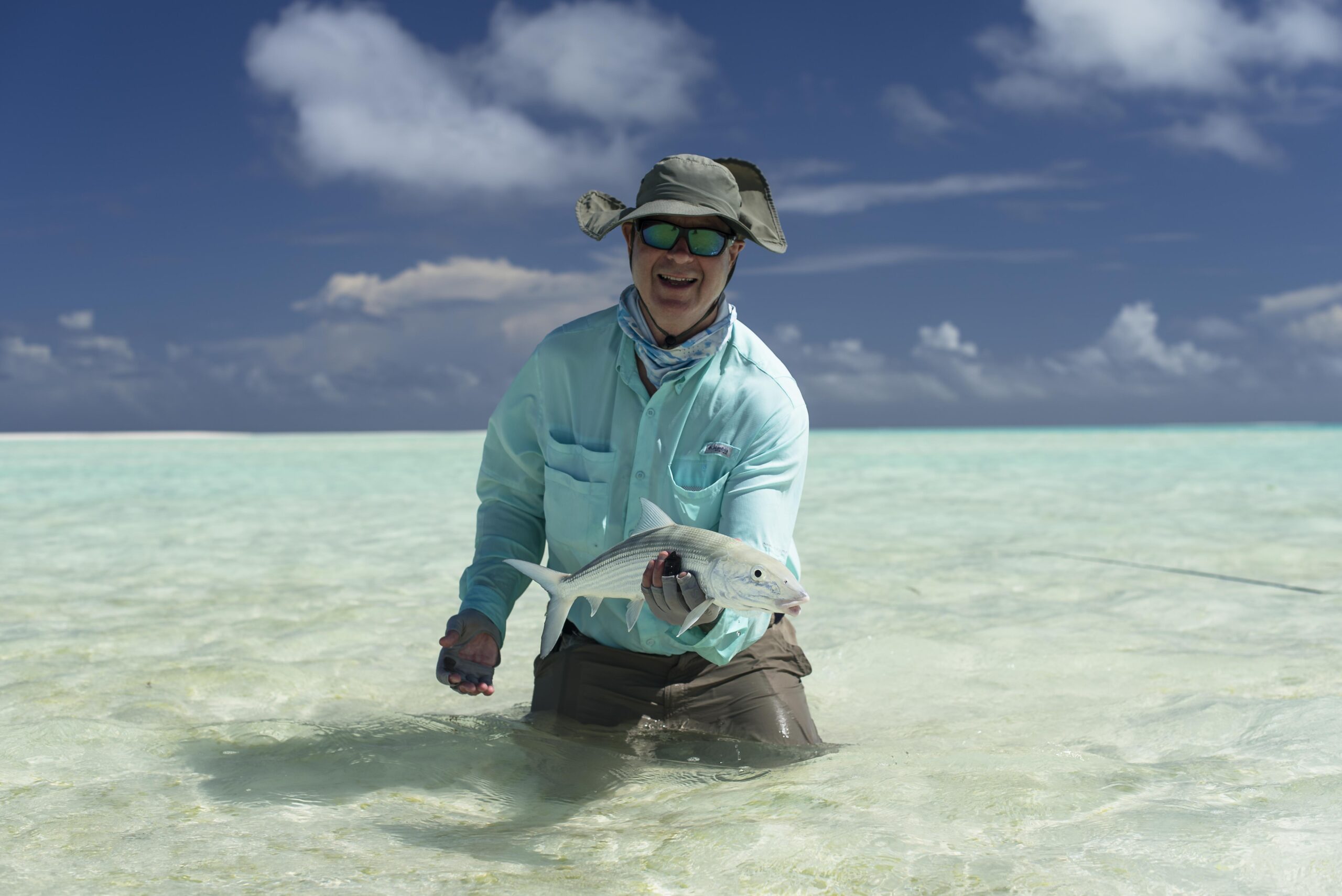 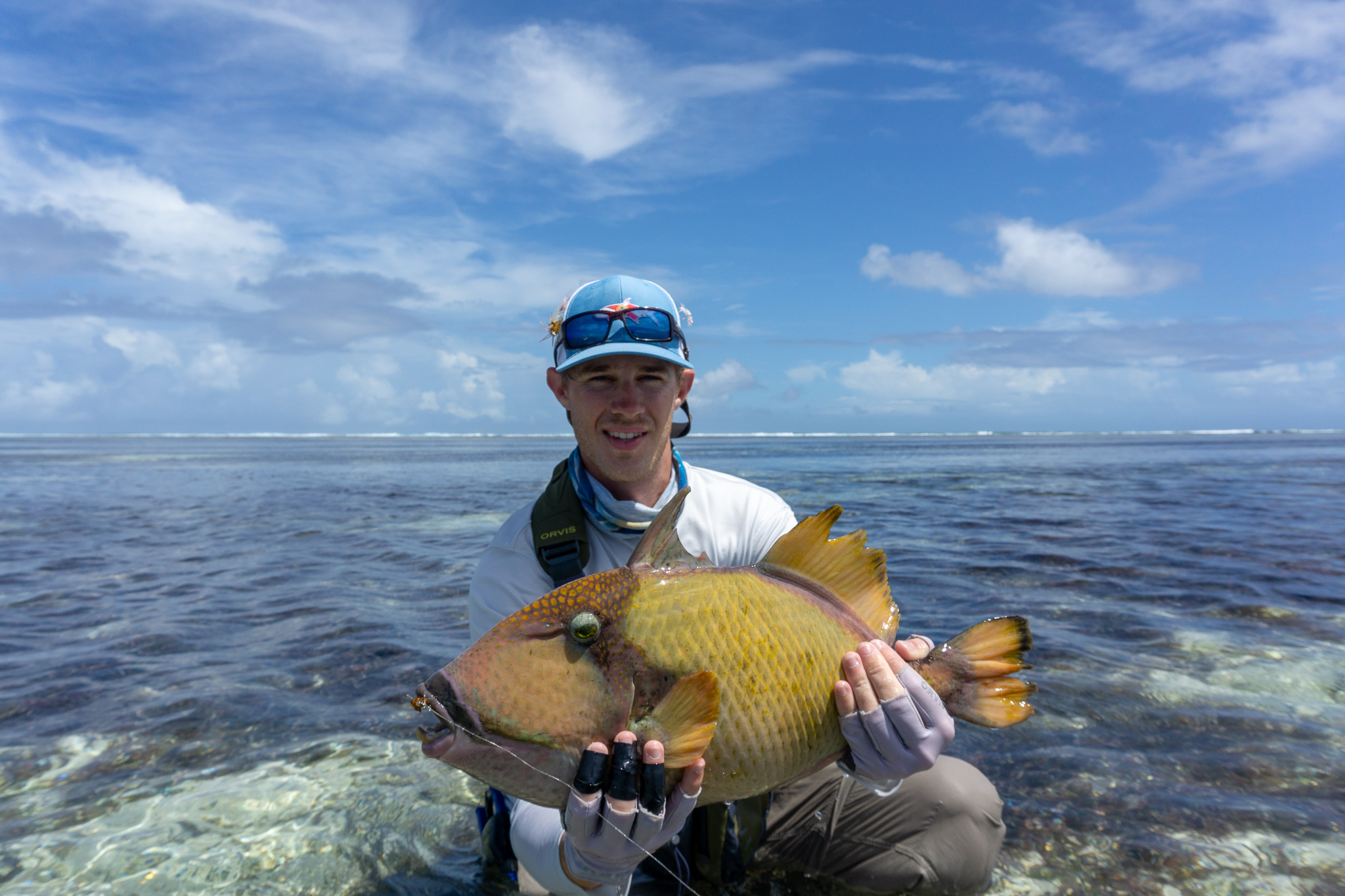 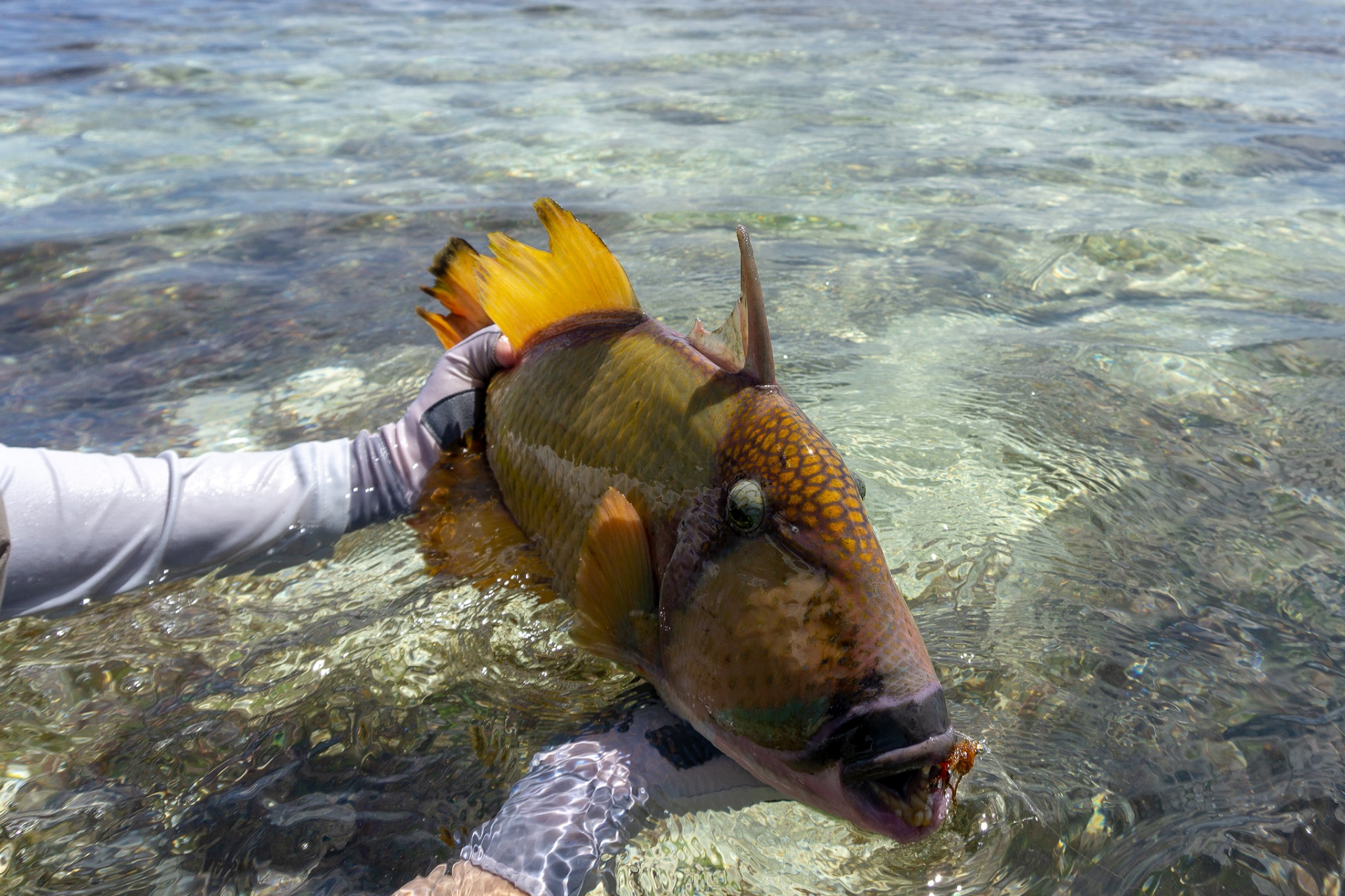